Today was the day for Microsoft to jump into the next generation with a console dubbed the Xbox One. Check out all the information, photos and videos inside!

A new vision for the future comes to life today as Microsoft Corp. unveils Xbox One, the all-in-one gaming and entertainment system created for today and the next generation. At Microsoft headquarters in Redmond, Wash., the company showcased how Xbox One puts you at the center of all your games, TV, movies, music, sports and Skype.

“Xbox One is designed to deliver a whole new generation of blockbuster games, television and entertainment in a powerful, all-in-one device,” said Don Mattrick, president, Interactive Entertainment Business at Microsoft. “Our unique, modern architecture brings simplicity to the living room and, for the first time ever, the ability to instantly switch across your games and entertainment.”

With Xbox One, games push the boundaries of realism, and TV obeys your commands.1 Say “Xbox On” to launch your personalized Xbox One Home screen, discover what is popular on TV or see friends’ latest gaming achievements all using the most natural interface — your voice. The more you interact with Xbox One, the more it gets to know you and learns what you like. Some of the breakthrough Xbox One features that put you at the center of your living room entertainment include the following:

· TV on Xbox One.1 Navigate and watch live TV from your cable, telco or satellite set-top box through your Xbox One. Microsoft is committed to bringing live TV through various solutions to all the markets where Xbox One will be available.3

· Home. Turn on your entertainment system with two powerful words, “Xbox On,” and a custom-tailored Home dashboard welcomes you with your favorite games, TV and entertainment.

· Snap. Do two things at once on the biggest screen in your home. Use Snap to jump into a multiplayer battle while watching your favorite movie, talk with friends on Skype while watching live TV, or track your fantasy team on TV as you watch the big game and more.

· Skype for Xbox One. Specially designed for Xbox One, talk with friends on your TV in stunning HD, or for the first time ever, hold group Skype calls on your TV.

· Trending.1 Stay on top of what is hot on TV by discovering the entertainment that is popular among your friends, and see what is trending within the Xbox community.

· OneGuide.1, 2 Find your favorite entertainment easily, searching by network, name or time, all with the sound of your voice and presented in a tailored program guide.

To create the most advanced Xbox system ever designed for games, TV and entertainment, Microsoft created a state-of-the-art gaming operating system and fused it with an equally amazing entertainment platform, so you will not have to switch inputs to watch TV or play a game. An eight-core, x86 processor and more than 5 billion transistors helps make lag and load times a thing of the past, so you can instantly jump between a game and your entertainment at lightning speed or run a host of apps right alongside your game with no loss in performance.

Introducing Xbox One titles and exclusives

Gaming on Xbox One immerses gamers in cinematic worlds that look like real life, with characters that feel more human than ever before. AAA blockbuster titles unveiled for Xbox One include the following:

· “Forza Motorsport 5” from Turn 10 Studios is the latest edition of the highest-rated racing franchise of the past 10 years.3 Built from the ground up to take advantage of Xbox One and the infinite power of the cloud, no game better delivers the sensation of being behind the wheel. “Forza Motorsport 5” sets a new bar for racing games and will be available exclusively for Xbox One at launch.

· “Call of Duty: Ghosts” is the next generation of “Call of Duty” and a stunning leap forward for the franchise. It delivers an all-new world, an all-new cast of characters and an all-new story, built on a new, next-generation engine. The next-generation technical innovations built to support the incredible gameplay advancements make this the most beautiful and immersive “Call of Duty” experience yet. Activision and Microsoft also announced the renewal of their close partnership that will see both the return of the “Call of Duty® Championship,” presented by Xbox, as well as all-new downloadable content debuting first and exclusively on the Xbox platform. 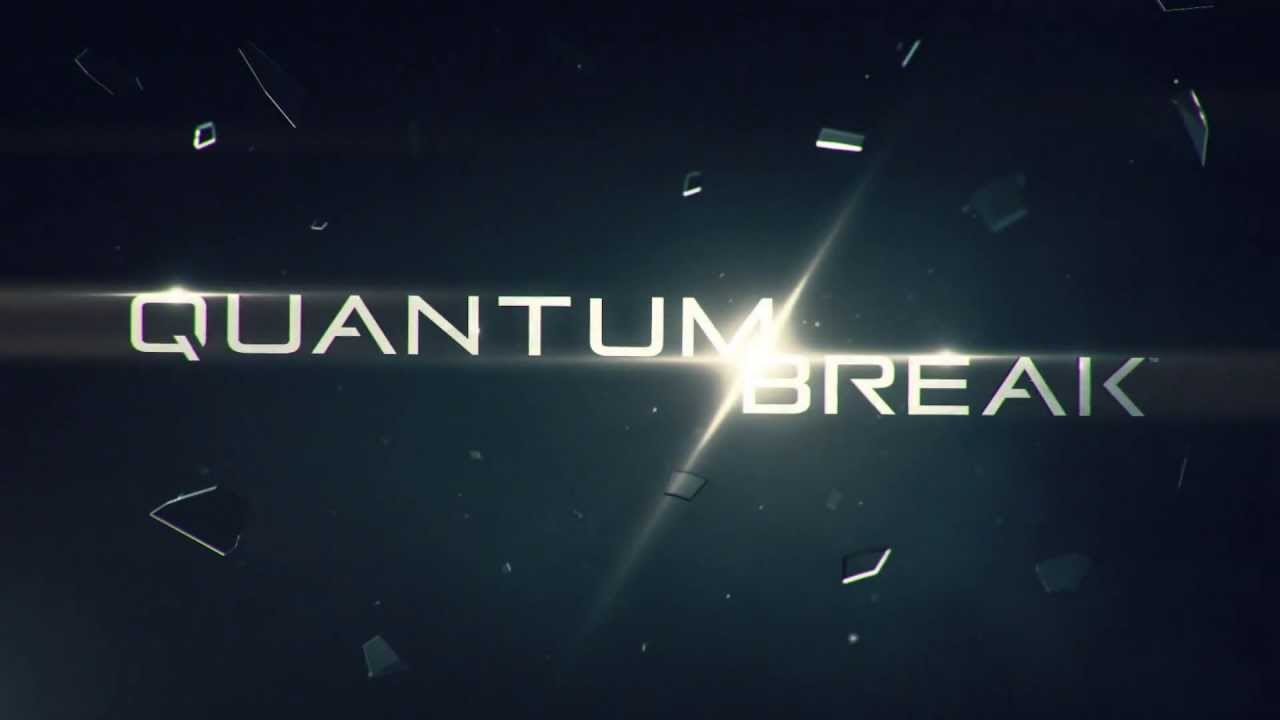 In addition to the amazing lineup of games coming to Xbox One, Microsoft unveiled exclusive content partnerships with some of the top names in TV, sports and entertainment. 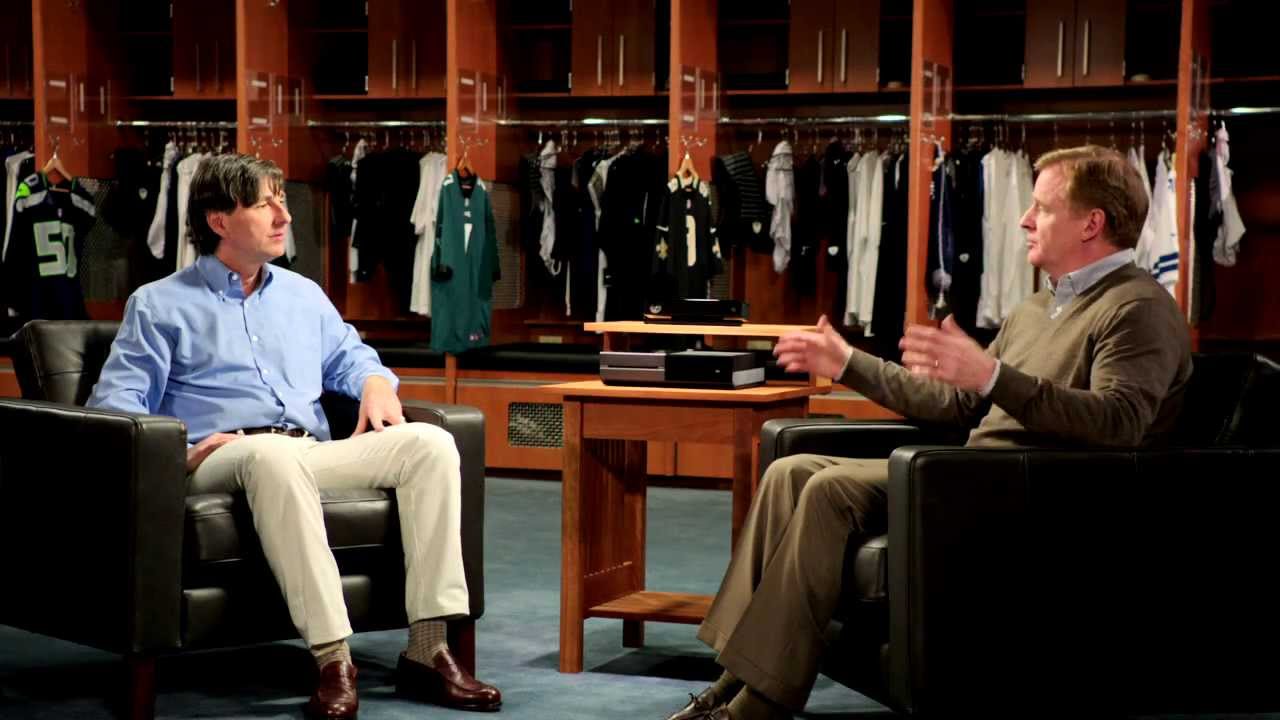 · National Football League (NFL).1 A multiyear, landmark partnership will deliver the ultimate interactive NFL television experiences for the next-generation Xbox One and leverage Microsoft devices and services to evolve both in-game and on the sideline. The NFL on Xbox will redefine broadcast experiences through innovations around Skype, Xbox SmartGlass and player-worn technology; add an all-new fantasy football solution for the biggest screen in the house; and create a personalized NFL destination only available on Xbox One.

Xbox One is built to amplify an all-new generation of Xbox Live that is more powerful, more personal and more intelligent. Unleashing the virtually unlimited power of the cloud makes everything more convenient and accessible, from allowing games to be installed in segments so that gameplay can start quickly to updates downloading in the background. Save and store your personalized profile, games and entertainment in the cloud to access them anytime, from any Xbox One console.4 In addition, existing Xbox Live Gold Membership for Xbox 360 will seamlessly carry over to Xbox One.5 Xbox Live takes you deeper into the games you love with all-new features.

· Smart Match. A new Smart Match matchmaking system virtually eliminates waiting in lobbies by estimating wait times and finding people you want to play with while you are enjoying other activities — reputation fundamentally matters and helps find best matches.

· Game DVR. A dedicated Game DVR captures and accesses your magic moments, all saved to the cloud. Along with sharing tools, you will have the most amazing bragging rights with Xbox Live.

· Living Games.6 Dynamic, living worlds evolve and improve the more you play, and advanced artificial intelligence can learn to play like you, so friends can play against your shadow.

· Xbox SmartGlass.6 Xbox SmartGlass is natively part of the Xbox One platform, built in from the beginning with the ability to quickly render content directly onto your device, and now more devices can connect at one time for multiplayer and shared entertainment.

Introducing the Xbox One look and feel

New Xbox One hardware is sleek and modern and complements any décor. The console is shaped in the 16:9 aspect ratio and employs a horizontal orientation optimized for its high-speed Blu-ray™ disc player. It is molded in a deep and rich liquid black color and includes a distinctive beveled edge.

The completely redesigned, revolutionary 1080p Kinect is more precise, more responsive and more intuitive. Its unparalleled vision, motion and voice technology let you reach into games and entertainment like never before by dramatically expanding its field of view and fidelity. It works in nearly any lighting condition, recognizes precise motion control from a slight wrist rotation, and distinguishes your voice even in a noisy room using advanced noise isolation.

The class-leading Xbox controller is refreshed with more than 40 technical and design innovations. Updated directional pad, thumb stick and ergonomic fit immerse all gamers in ways that are uniquely Xbox, and precision and control have been dramatically increased with all new vibrating impulse triggers.6 The Xbox One Wireless Controller is designed to work in concert with the new Kinect, allowing the two to be paired automatically to create seamless player syncing.

Xbox One will launch in markets around the world later this year. Visit the new Xbox Wire blog at http://news.xbox.com for in-depth features on the new system, including photos and videos from the unveiling event and new and rotating content from Xbox. More details about Xbox One and blockbuster games will be explored at the Electronic Entertainment Expo in June.

² Kinect voice functionality only available in supported locales and languages.

The Book of Unwritten Tales 2 Out Now On Mobile