After what seemed like an eternity, training camps are over, the pre-season has ended, and now it’s time to get back to business for the Toronto Maple Leafs.

For hockey fans, it doesn’t get much better than the first day of the season. No matter how bad or good your team is or isn’t, there is always a sense of optimism in the air. The excitement to see your favourite team hit the ice for the first time with new faces is second to none. Today is finally that day for the Toronto Maple Leafs as they open the season tonight at 7:00pm against the Montréal Canadiens. 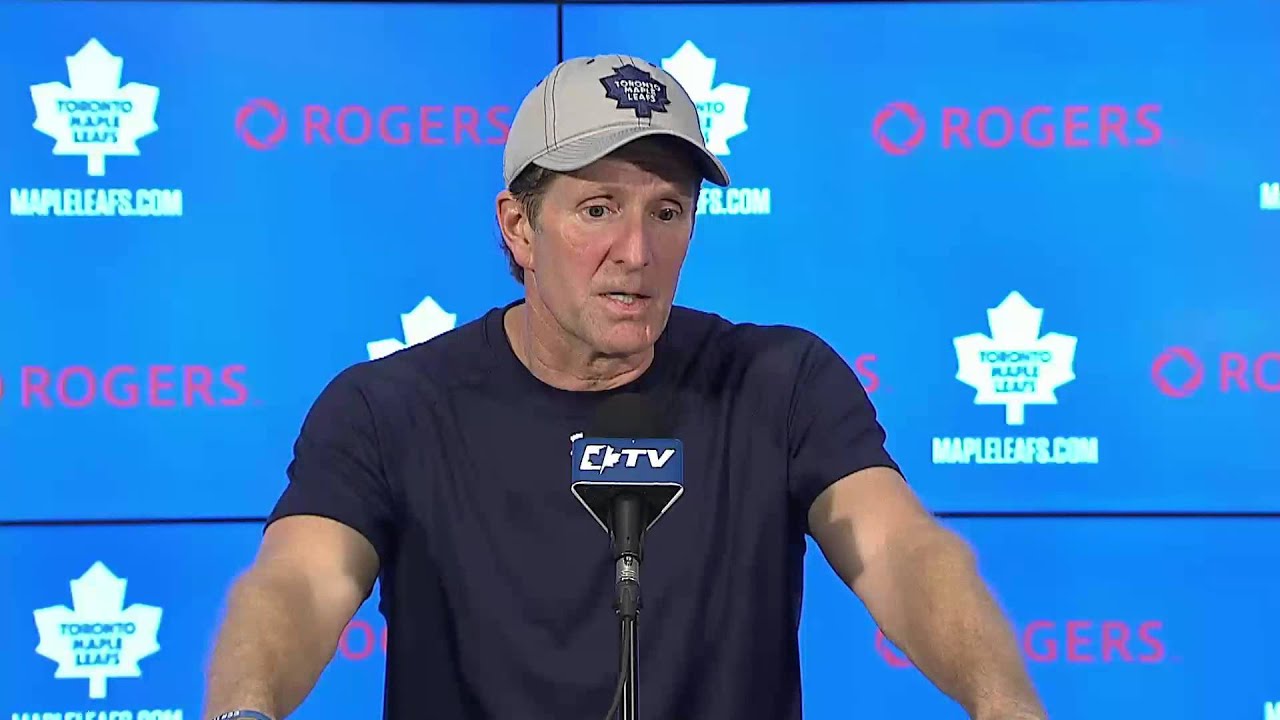 Not a lot of surprises from Mike Babcock in his game day press conference. Mike talked a bit about Nazem Kadri and his compete level and Carey Price. The best thing I heard was about the legends being around the dressing room and the way the positive effect that they have on the younger players. I wholeheartedly agree with having legendary, character guys around the room and being there for the young players to talk to. These guys are great role models and exactly what the Leafs should be attempting to emulate. Guys like Johnny Bower, Darryl Sittler, and Wendel Clark embodied what it is to be a Maple Leaf and only good things can come with having those former players around.

A quick thumbs up to the Leafs for picking up Frank Corrado off waivers from the Canucks. The Leafs lack defensive depth and it’s nice to see them not giving up assets for someone (though we got lucky not losing Panik on waivers). I haven’t seen much of Corrado, but he seems like a reliable bottom-pairing defenseman. Corrado is from the Toronto area and adding another local boy never hurts.

It should be a great game tonight as always between these storied rivals. There is nothing like the Leafs vs. the Habs and this one is sure to be a feisty match-up. They have played 728 times with Montreal holding a 335-293-88-12 record over the Leafs. I’m really excited to see how these players mesh together with so many new faces in Toronto this year.

Here are the projected lineups for tonight’s game against Montréal (from NHL.com:

Status report: The Maple Leafs recalled defenseman Scott Harrington from the Marlies … forward Richard Panik cleared waivers and was sent to the AHL.

This one is only a few hours away, so without further adieu, GO LEAFS GO!