SmackDown (7/26/16) starts off the new era by crowning a new #1 contender to the WWE Championship as well as bringing back and ECW original! Follow that up with the announcement of the return or a former Superstar and this was a show with quite a few surprises.

Six Pack Challenge for the #1 Contender to the WWE Championship 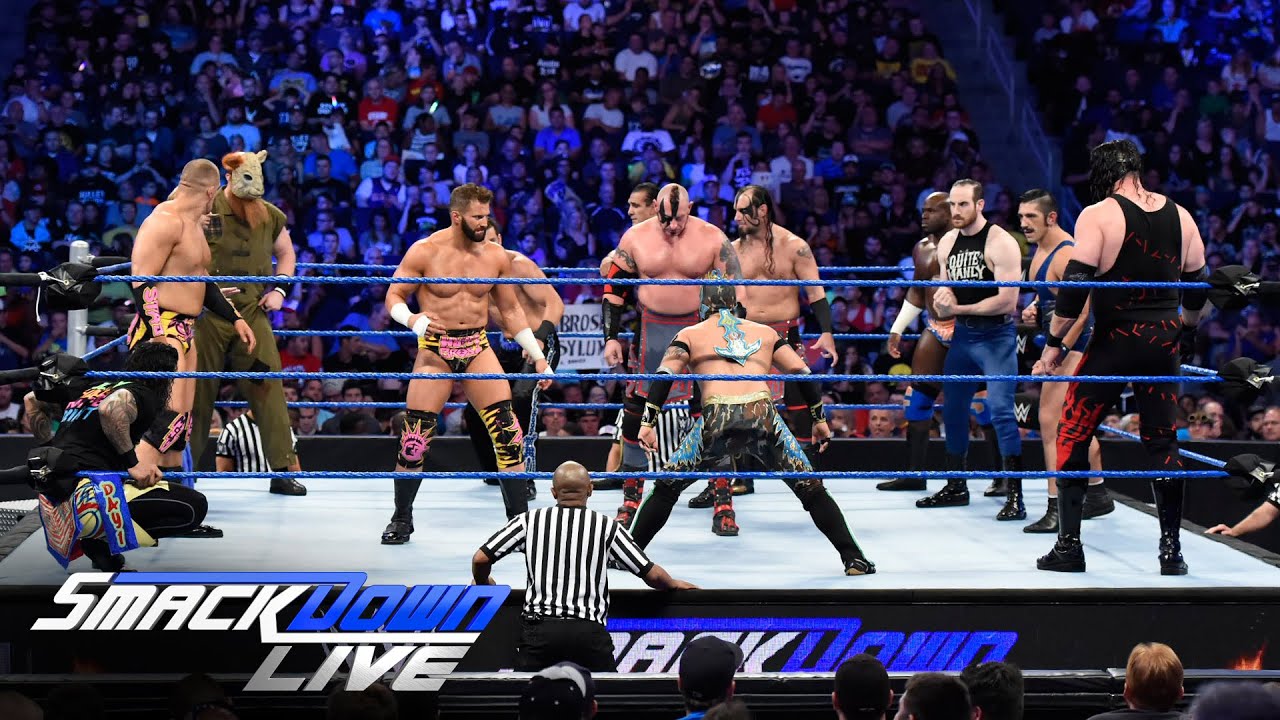 SmackDown was all about finding a new number one contender for Dean Ambrose’s WWE Championship and the first 5 spots went to Cena, Wyatt, Corbin, Styles, and Ziggler with the final spot being claimed by Apollo Crews in a Battle Royale at the start of the show. I personally like the decision to have Superstars fight for a spot in that match, but I didn’t understand why they just named 5 spots and had 1 to fight over. I think they were trying to be a little different from Raw which is great, but it didn’t make that much sense that everyone else got handed their spot. It was definitely nice to see Crews get a chance at the top, he’s proven to be a great addition to the main roster, he just needs to find his stride.

The Woman of SmackDown Make Their Mark 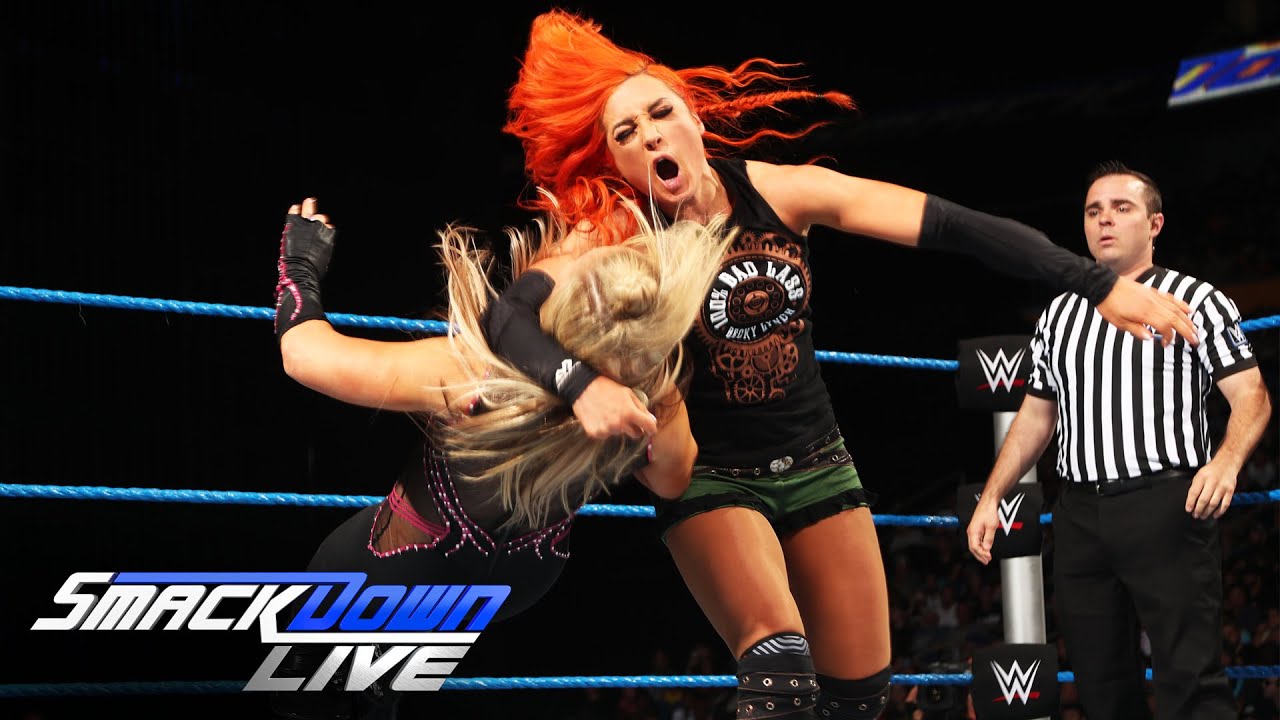 Becky Lynch beat Natalya in a fairly quick and competitive rematch from WWE Battleground. Becky called herself Becky Balboa before being interrupted by Alexa Bliss, then Naomi, then Carmella, then Eva Marie. I’m really interested to see what they’re going to have for these girls to compete over since the Women’s Championship is seemingly exclusive to Raw. SmackDown definitely needs something for the ladies to chase. I think it would make a lot more sense at this point to have the Women’s Champion appear on both brands, but it doesn’t look like that will be the case. Eva Marie still doesn’t look comfortable out there even with a huge narrated introduction. It’ll be hard for her to shake the stigma that she has if she ever does. SmackDown is definitely full of females who can go in the ring though so I’m excited to see what feuds come up on the blue brand. 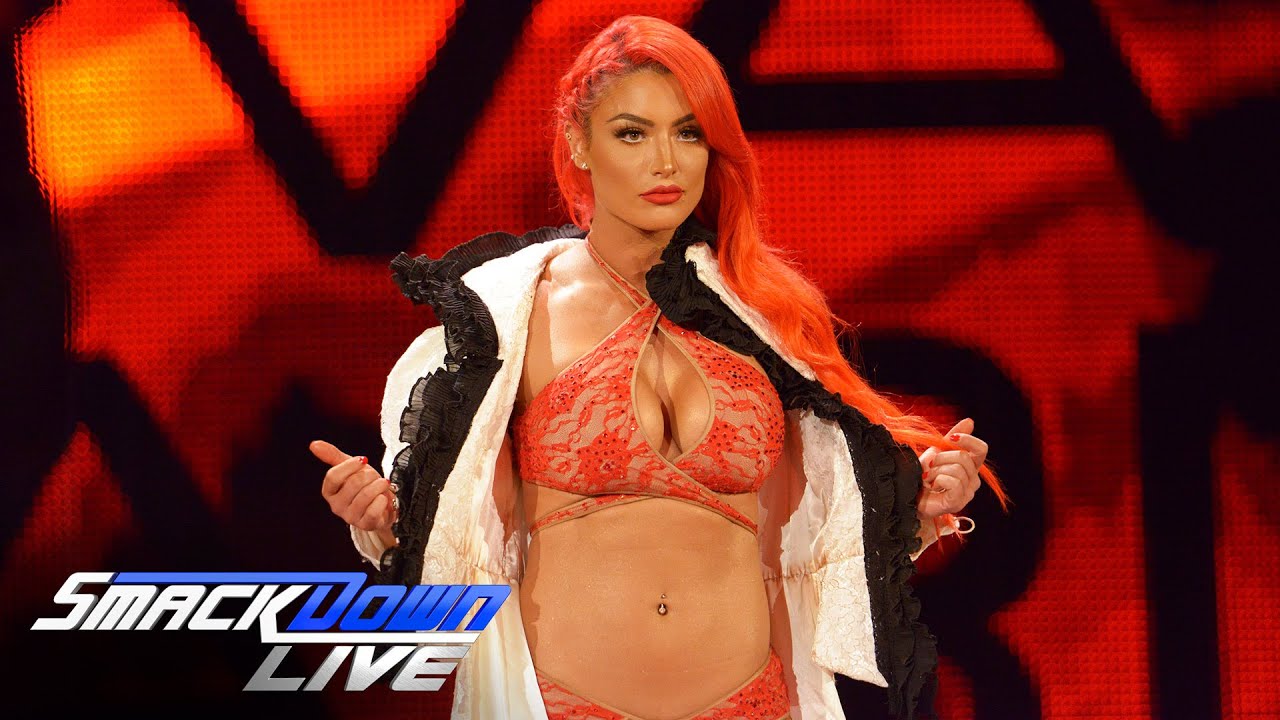 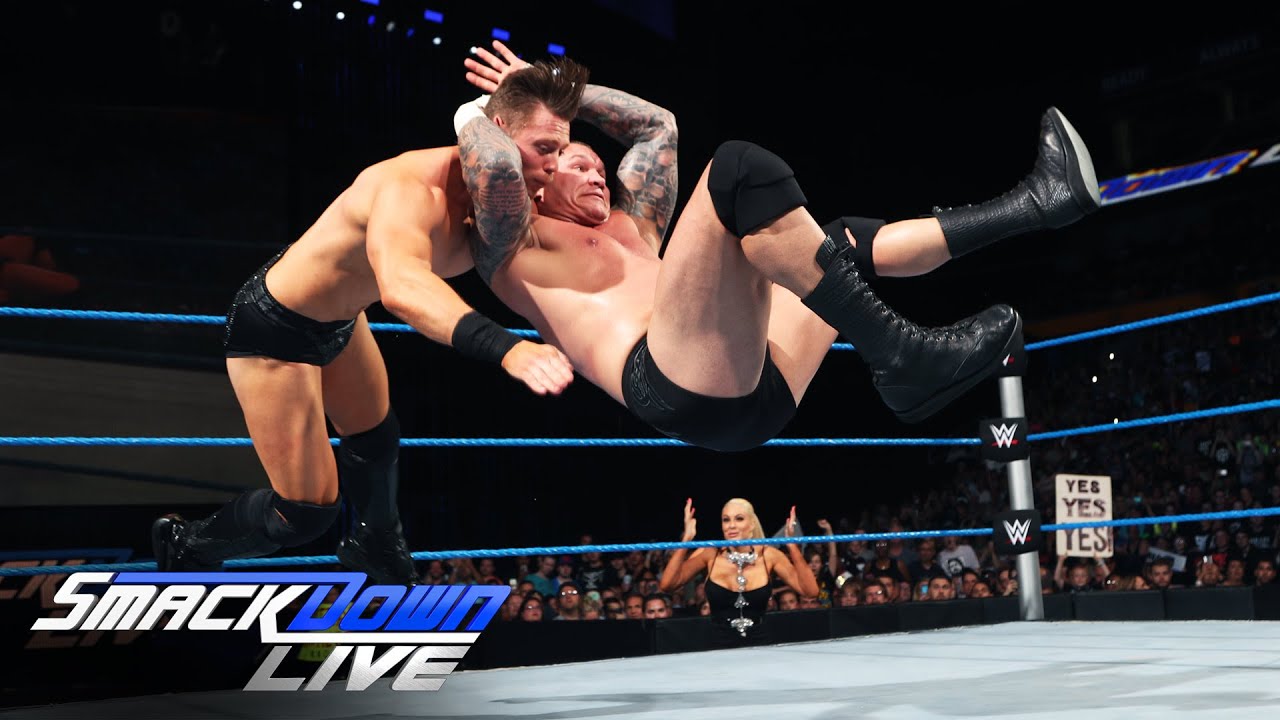 Miz vs. Orton was a quick match after a segment on MizTV where Orton got Maryse to agree to a non-title match. Orton wins with an RKO. Surely Randy needs some tuneup matches before his battle against Brock Lesnar at SummerSlam and this was exactly that. Nothing special, just something to keep the crowd happy. 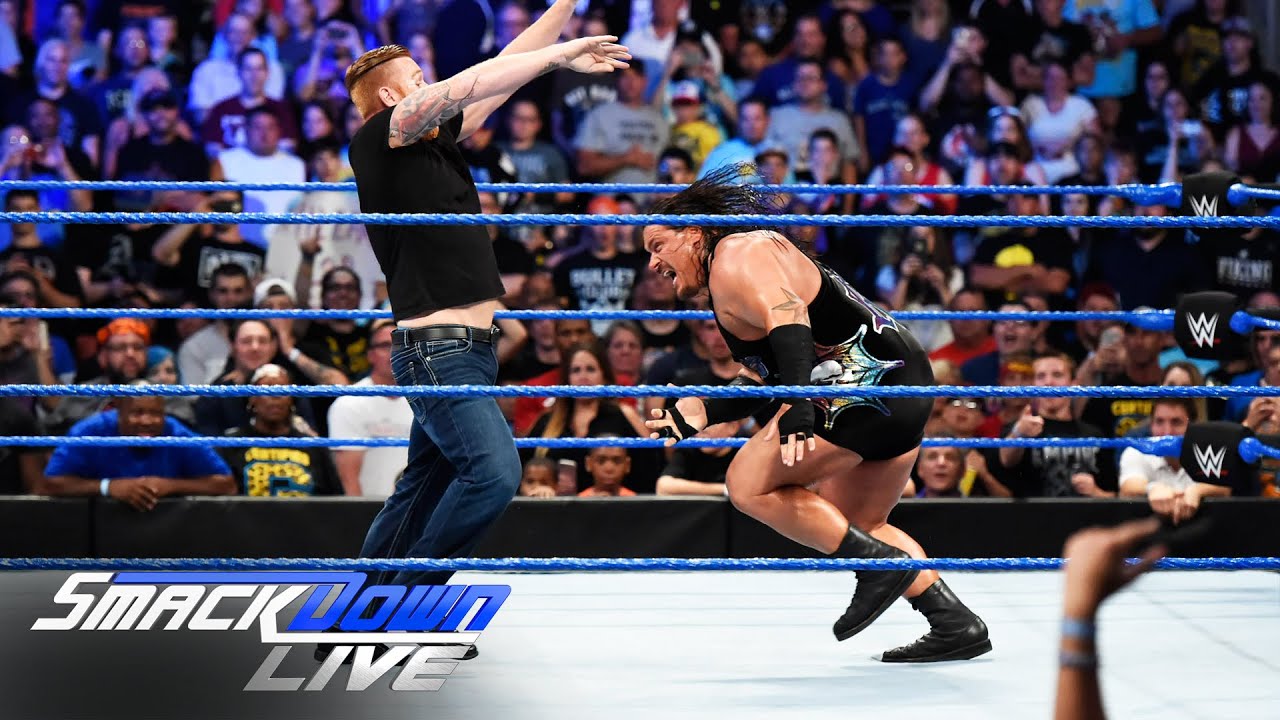 Heath Slate decided to come out and explain why he was the hottest free agent and why SmackDown should sign him. As Shane McMahon came out to confront Slate and tell him to hand in a resumé, he also told him he was looking at the hottest free agent which happened to be Rhyno standing behind Slater. Slater turns into a Gore and Rhyno poses for the fans. So it looks like the man-beast is back on SmackDown. I for one welcome some old stars to complement all the new blood from NXT. 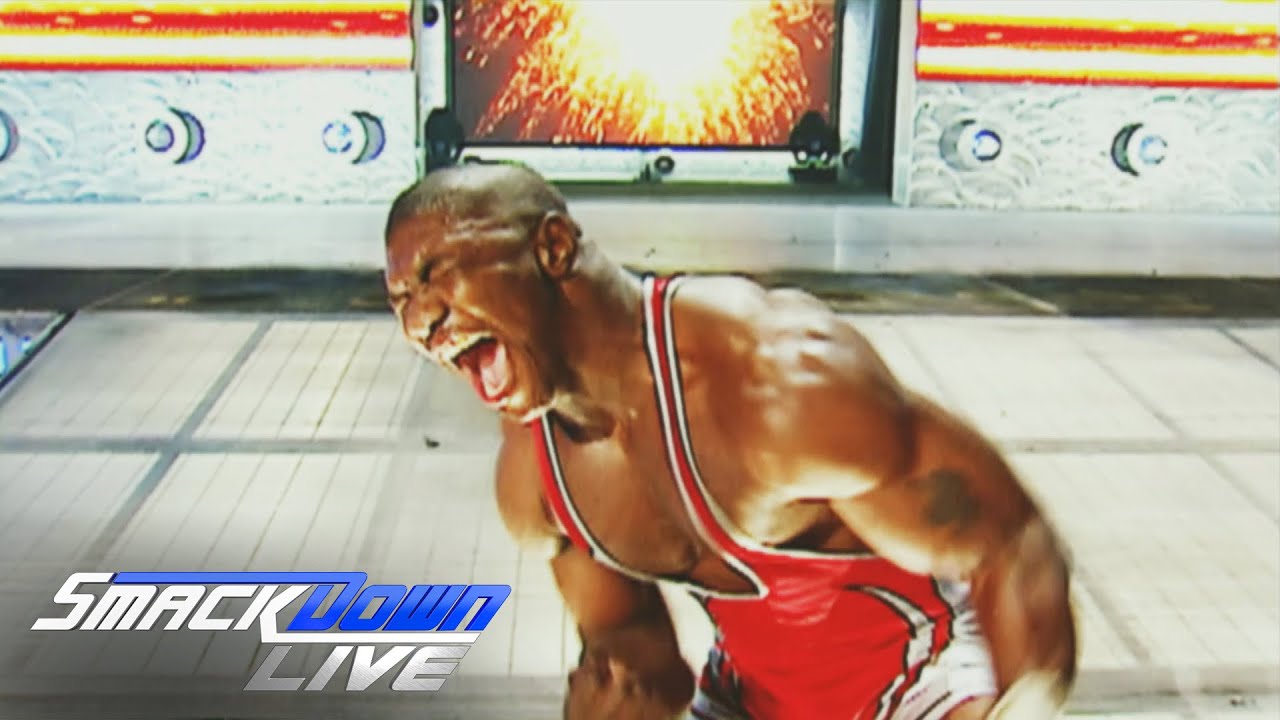 Speaking of that, American Alpha will debut next week according to a video package as well as the return of Shelton Benjamin which is HUGE news! I can’t wait to see Shelton again, he’s certainly one of the most talented wrestlers I’ve ever seen. It’ll be great to see the former member of The World’s Greatest Tag Team back again.

Ziggler is the New #1 Contender to the WWE Championship 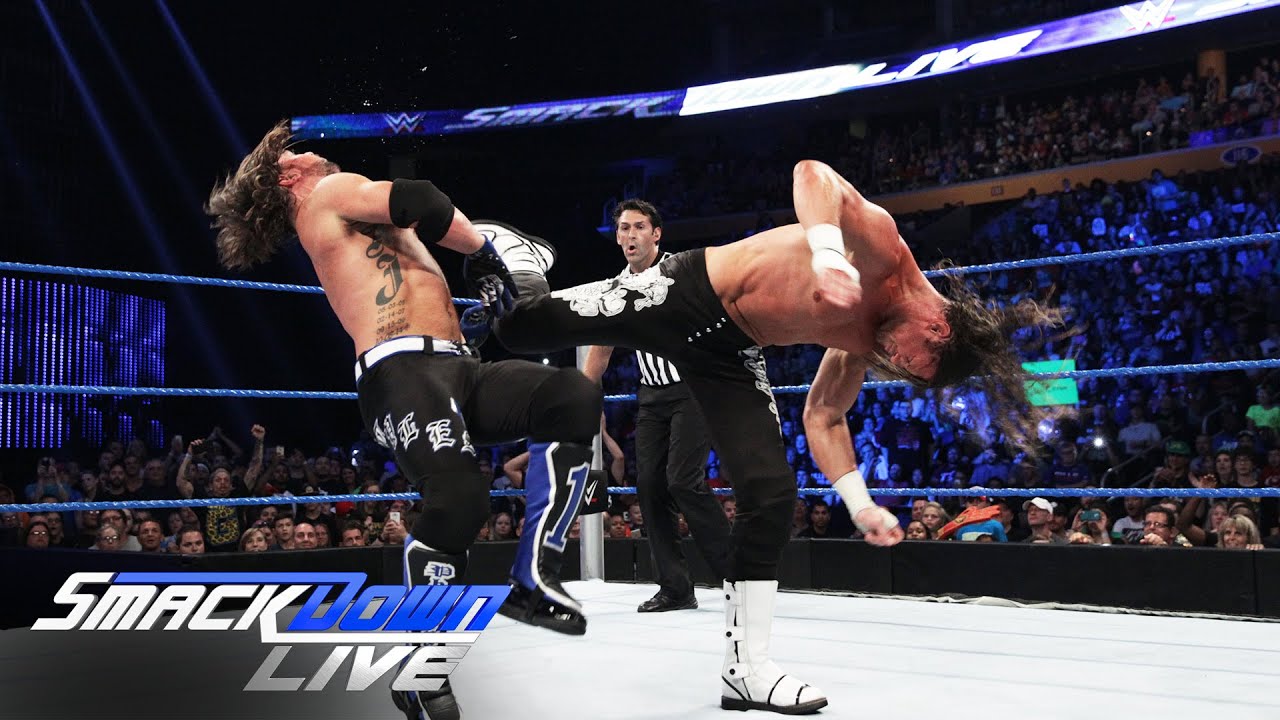 In a shocking turn of events, Dolph Ziggler super-kicked his way to SummerSlam in the six-pack challenge. Ziggler overcame all the odds to become the #1 contender to the WWE Championship which I’m sure no one expected. It’s a great thing to see from Ziggler who hasn’t quite been himself the last couple years after being in the main title picture for a couple years before that. It never seemed like the booking team believed in him enough to give him that extra push to be the main guy. Hopefully now Dolph can prove all the naysayers wrong and make the most of this opportunity. The guy has been loyal to WWE for at least a decade going through multiple different personas. It’s definitely Dolph’s time to shine. Let’s see what happens with this one.

The first SmackDown if this new era definitely set the tone of SD being a place for budding stars and great wrestling. The SmackDown roster is certainly full of potential and I’m excited to see the debut of American Alpha next week. I do see it being a problem for the tag teams and women not having titles to fight over though. I think it wouldn’t necessarily be a good thing to add more titles but I also think it will become a little difficult to create compelling storylines with nothing to fight over. It’s an issue the will hopefully see some type of resolution soon.