This week’s NXT (8/10/2016) was all about the road to Takeover with Bayley making a statement just over a week away. Gargano and Ciampa learned that they’ll challenge for the NXT Tag Team Championship. The Authors of Pain continued their war-path while still not convincing me. Liv Morgan even made an appearance against Billie Kay! All that and more inside!

Bayley’s story is coming full circle in Brooklyn. I wrote all about how important Bayley is to NXT and how far she has come in here 3 1/2 year journey here. Bayley went from an unknown wrestler to the biggest star there is. She’s faced every big name that has come through NXT and she’s been to the top of the mountain as the NXT Women’s Champion. Now she has that opportunity again. This time Bayley has a fire inside her and is more than just the sweet character that we’ve come to know and love. She has an edge. Her character has evolved. She’s not scared of Asuka anymore, she even went as far as to push her out of the way as she finished her promo and then came back in the ring to stand nose to nose with her. All characters grow into strong characters because of the people that play them put their personality into it. Bayley is being herself now more than ever and it has been must-see TV every time she’s been on screen. This may be the most anticipated match in NXT history at Takeover: Brooklyn. I’m torn as to whether or not I want Bayley to win, or lose and go to the main roster at this point.

The Authors of Pain

I’m not sold on these two yet. I’ve seen too many teams try to be the dominant force in WWE and fail miserably. I think The Authors of Pain have a good chance at being successful but until we see more than 2 minutes of them at a time, it’s tough to gauge. Having Paul Ellering for a manager certainly helps their credibility though.

Roode’s entrance music is GLORIOUS. Seriously though, it’s perfect for this character. Almas and Roode will have a great match at Takeover, I’m pleasantly surprised they went this route. Almas hasn’t had a whole lot to do since coming in, he’s kind of been stuck in random feuds with no real point. He’s had great matches, but with Roode he can get into a personal rivalry which might be just what he needs to become an even bigger star than her already is in NXT. Roode is such a good heel and I’m excited for his in-ring debut, it has certainly been a long time coming.

Billie Kay is someone who is quietly getting a lot more ring time in NXT the past few weeks. I personally think she has a really bright future in NXT, her character is starting to get over with the crowd a little bit. I don’t know many ladies that use a big boot as a finisher, so that’s also a pretty cool thing as well. Billie has a good presence in the ring and she’s been wrestling a long time, so she’s not exactly a rookie. I could definitely see her becoming a very popular heel.

Liv Morgan on the other hand hasn’t been seen a ton, but she definitely brings the energy every time she has a match on NXT TV. Liv is in danger of being labeled a copy of Carmella due to her look, but that would be an unfair judgment. Liv has some similarities to Carmella, but she definitely stands on her own. Liv has a lot of personality and once she’s given a microphone, I think she’ll have even more fans than she already does. Just follow her on twitter if you don’t know what I mean (@YaOnlyLivvOnce). I think Liv is going to be the centerpiece of the NXT Women’s Division by late 2017, if not sooner! She’s definitely one of my favourites! 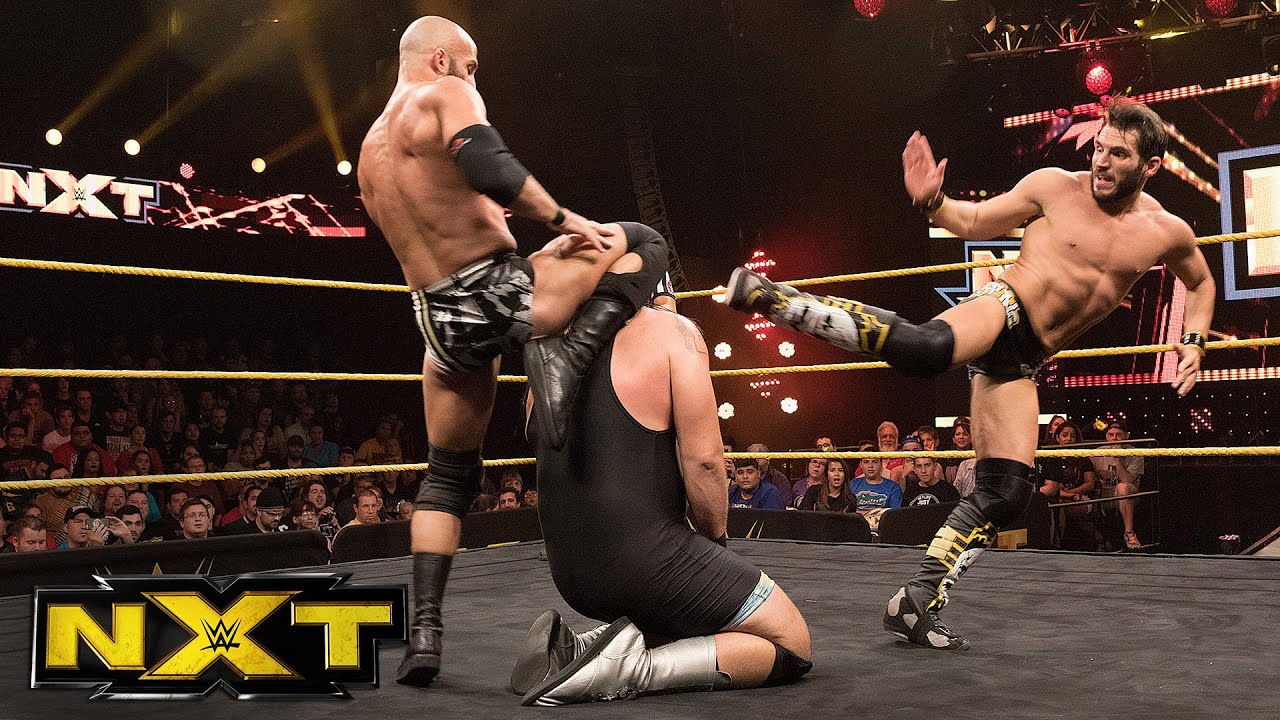 Man, these two have stormed in and become two of the most popular stars in NXT. It helps to come from the indie scene and already have name value too. Tommaso Ciampa and Johnny Gargano are riding a huge wave of momentum going into Takeover and their Cruiserweight Classic match only helped their cause. I fully expect these two to win the tag titles at Takeover and hold them for a considerable amount of time. The matches they could have with TM61 or the story they could have with The Authors of Pain could be some of the best TV NXT has ever produced. That’s not even to mention the incredible match they’re sure to have with The Revival. Whether it’s in the ring or on the mic, these two have been entertaining me week in and week out and I’m glad they’re getting their shot. 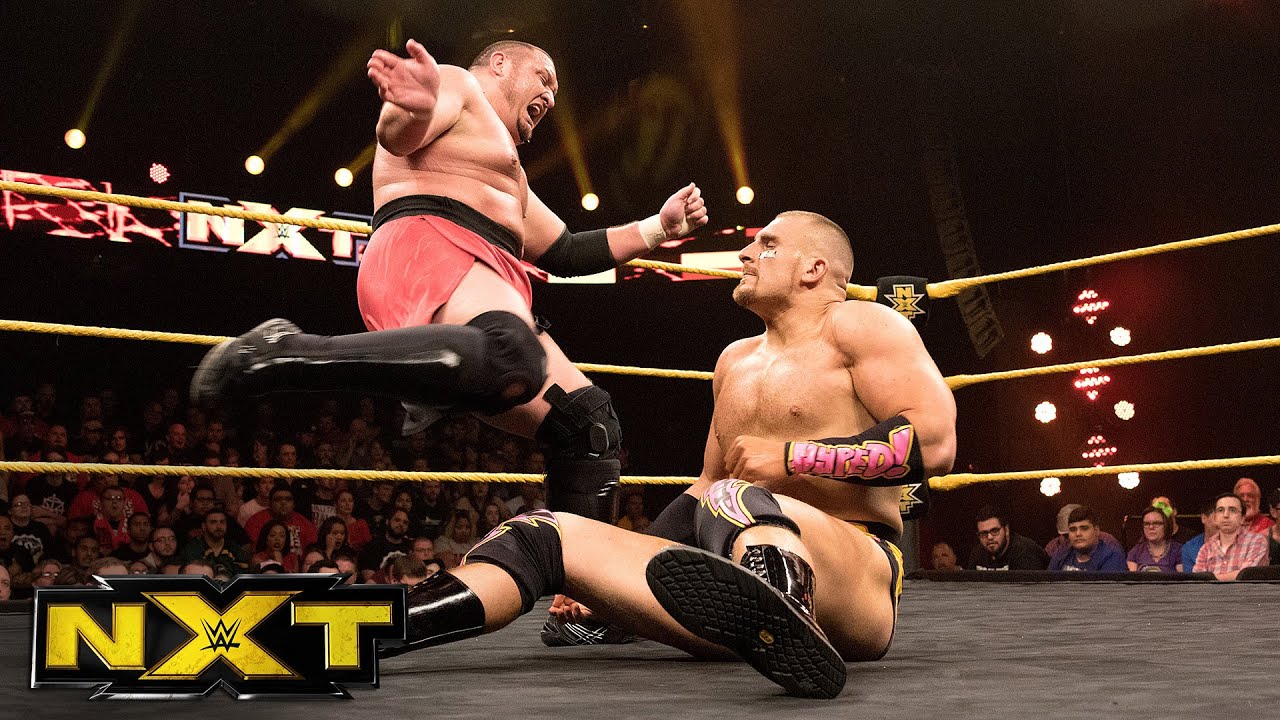 It was a great farewell match for Mojo Rawley to face Samoa Joe, it’s just too bad he had to get choked out. It’s the nature of the beast in this business though. On to SmackDown for Mojo.

Nakamura as NXT champion could be highly entertaining, but would they take the title of Joe so soon?

Aries vs. No Way José is one I’m really anticipating after being announced tonight. Personal feuds are always more exciting and always make for better TV.

Overall it was a good show. I was happy to see Liv Morgan make an appearance. Bayley made her Takeover match seem like the biggest match in history. The tag title match looks to be unpredictable. Honestly, NXT is the best brand of the 3 right now because of how much they can fit into a 1 hour show each week. You never know what you’re going to get and that makes it exciting. We’re 9 days away from Takeover and things are definitely starting to heat up!

In-Game Advertising: Is It Too Much?