This week’s edition of SmackDown (8/23/2016) featured a pair of brand new championships added to the mix at long last. We’ll talk about the new titles, Carmella, AJ Styles, and more!

Take a trip down memory lane to only about 6 or 7 years ago. WWE had 3 brands in ECW, Raw, and SmackDown. They also had multiple championships to go along with those brands. As the roster started to deplete over the years, the championships and brands started to fall. ECW and the ECW Championship was first. After that it started with getting rid of the Women’s Championship, then it was unifying the tag titles, then it was the world titles. WWE had a major problem acquiring high-end talent during that time. A lot of prominent stars started to leave for other promotions and there was no use for that many championships or separate brands. 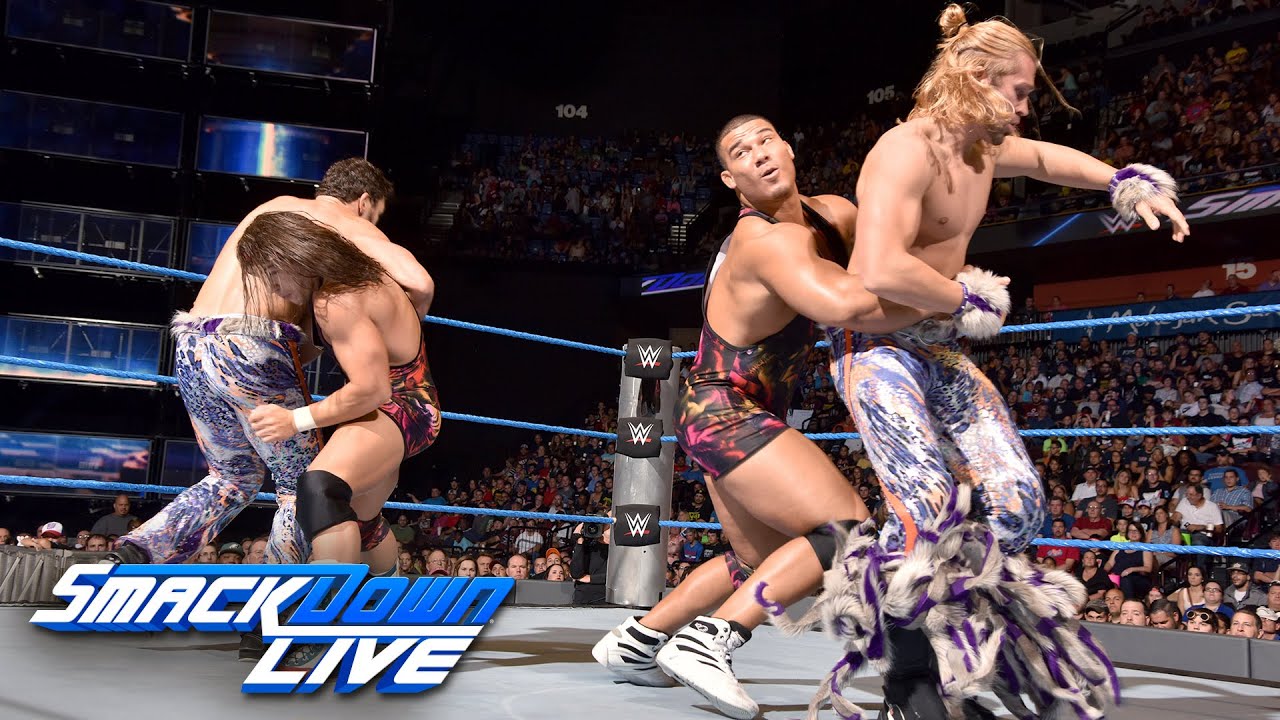 Today, the landscape has changed in WWE. There are 3 strong brands under the WWE umbrella with Raw, SmackDown, and NXT. There are more than enough stars to fill all 3 brands with thrilling match-ups and great feuds. More importantly than that though, there are many good tag-teams and even more strong women’s wrestlers on the roster than at any point in history. WWE is loaded from top to bottom and the brand extension was the result of that wealth of talent. These performers need something to fight for. They received something to fight for last night on SmackDown. 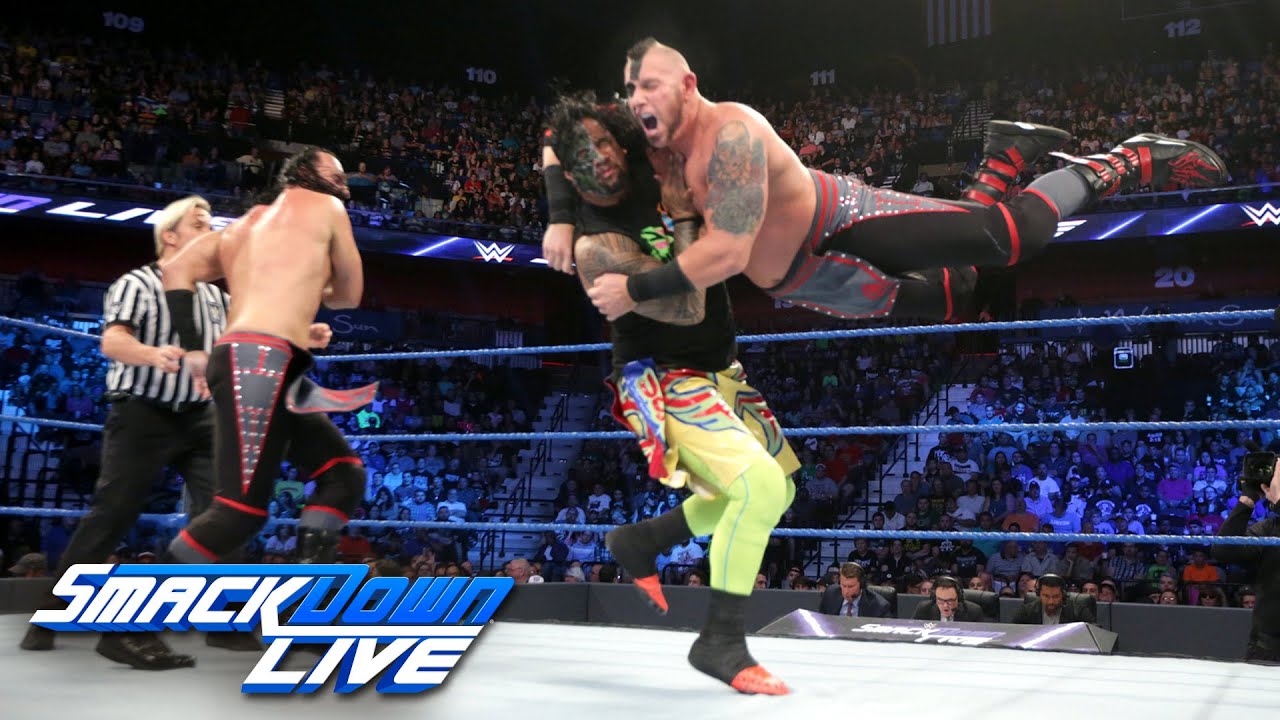 Shane McMahon and Daniel Bryan introduced the SmackDown Women’s Championship and the SmackDown Tag Team Championship. The belts look similar to their Raw counterparts, but blue. I think they should ultimately rename the championships on both brands as Raw and SmackDown. There should be a Raw World title and a SmackDown world title instead of having them be completely different names. Obviously, the tag titles and women’s title on Raw should be named Raw titles too. It’s just an obvious decision that should be made. As far as looks, I like that they’re the same designs on both shows. The only thing I don’t like is that the WWE World Championship and the WWE Tag-Team Championships don’t fit well with these new colour schemes. 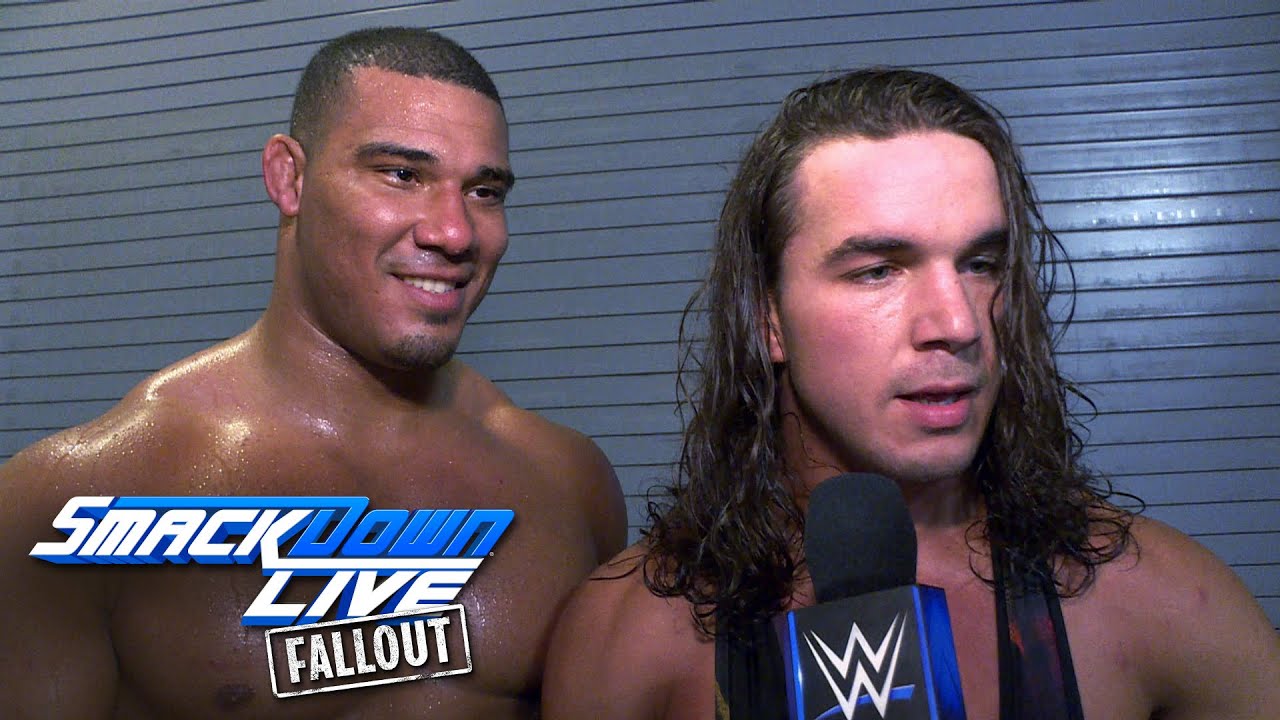 Regardless of what the belts look like, this is a huge thing for SmackDown. Great teams like American Alpha and The Usos now have something to strive for. On the women’s side, a lot of these girls have never held a championship, so it’s a really exciting time for them. 5 years down the road, we might run into the same problem that we did in the past with not enough talent. Right now, this was the right move. I’m really excited to see who jumps to the top of each respective division. 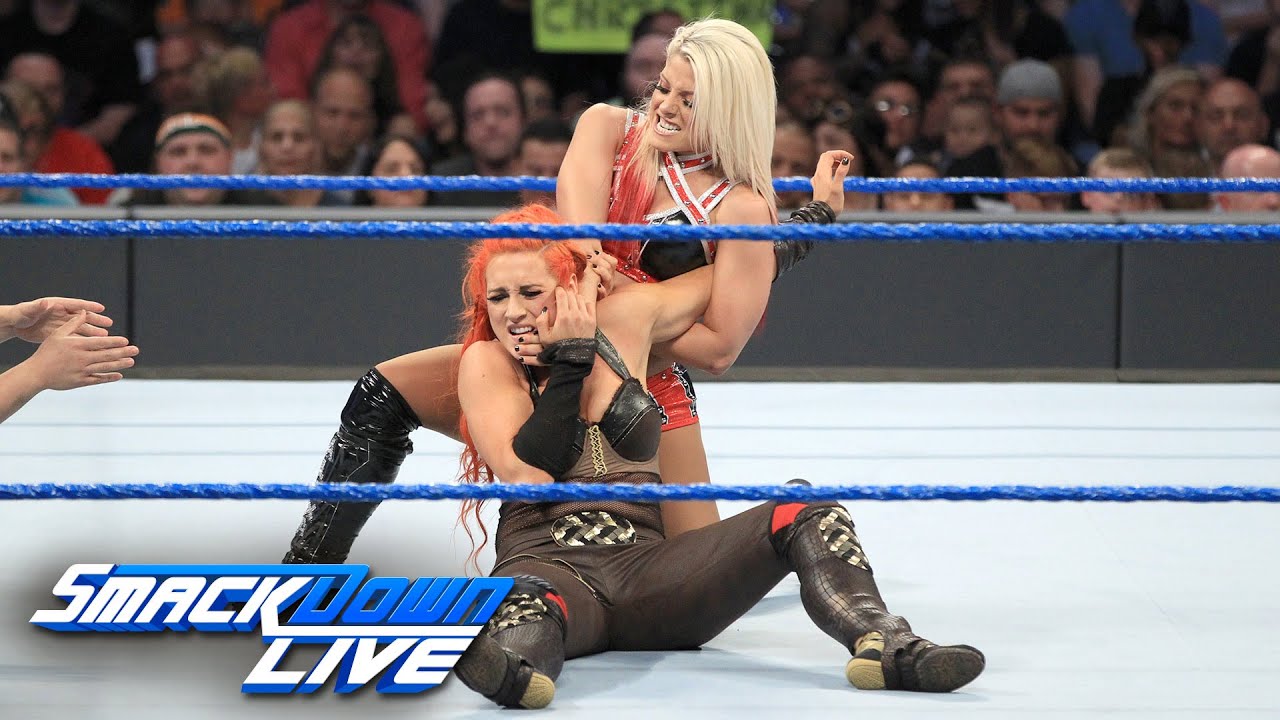 WWE has a really strong women’s division on every brand right now. One woman who has really stood out to me lately is Becky Lynch. Becky unfortunately never got a chance to hold the NXT Women’s Championship which was a shame. She’s often looked at as the weakest member of the Four Horsewomen which is ludicrous in my opinion. Becky is an incredibly well-rounded wrestler. She proved at WrestleMania that she can be a top star for years to come in the Women’s Division. She’s gets TV time nearly every week going back even before the brand extension. If someone gets TV time every week, it’s because they’re reliable, versatile, and very good at what they do. Becky Lynch is, and she’s only getting better. 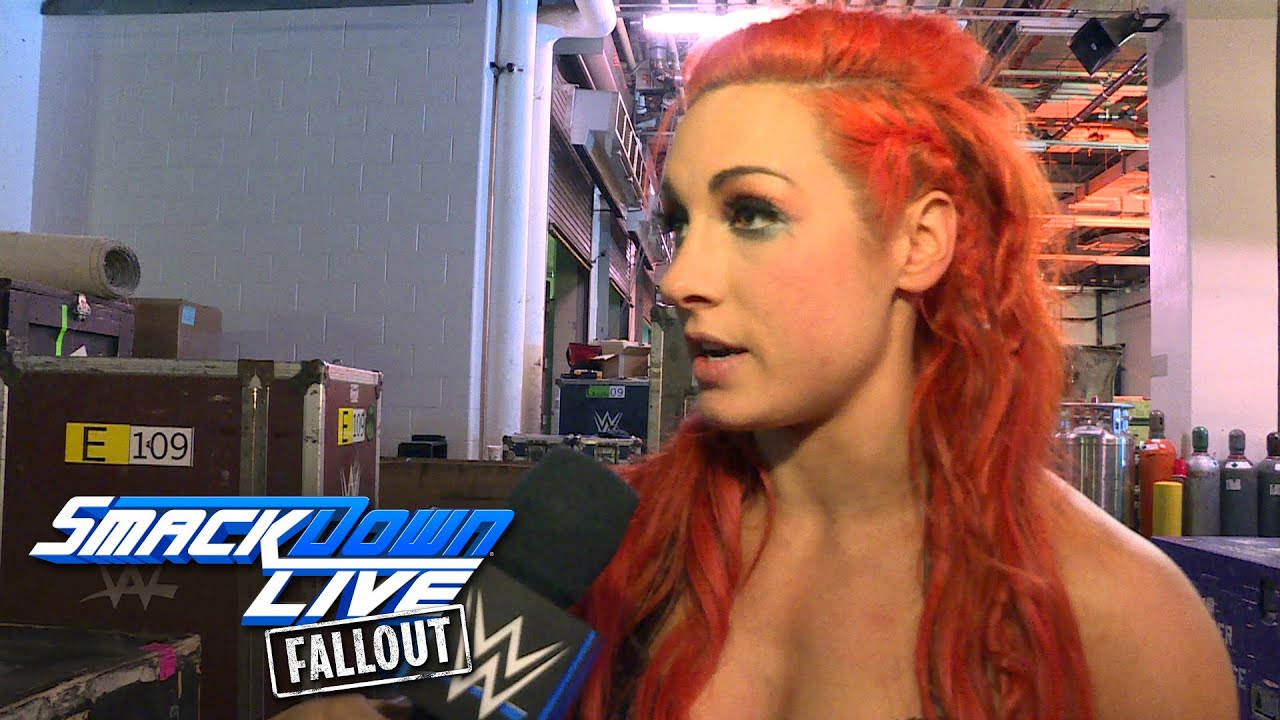 The one thing that stood out to me on SmackDown was seeing Becky in the background as Shane and Daniel were talking about the new Women’s Championship. She was so excited and happy to have that opportunity pumping her fist with the biggest smile. This is someone who loves wrestling ans loves what she does. That’s the type of enthusiasm that’s infectious and that’s what makes Becky so special. She’s a high-energy person that can always get the crowd on their feet. She’s such a valuable member of SmackDown and I really hope that she is crowned the first Women’s Champion.

Becky Lynch should be the face of the SmackDown Women’s Division. 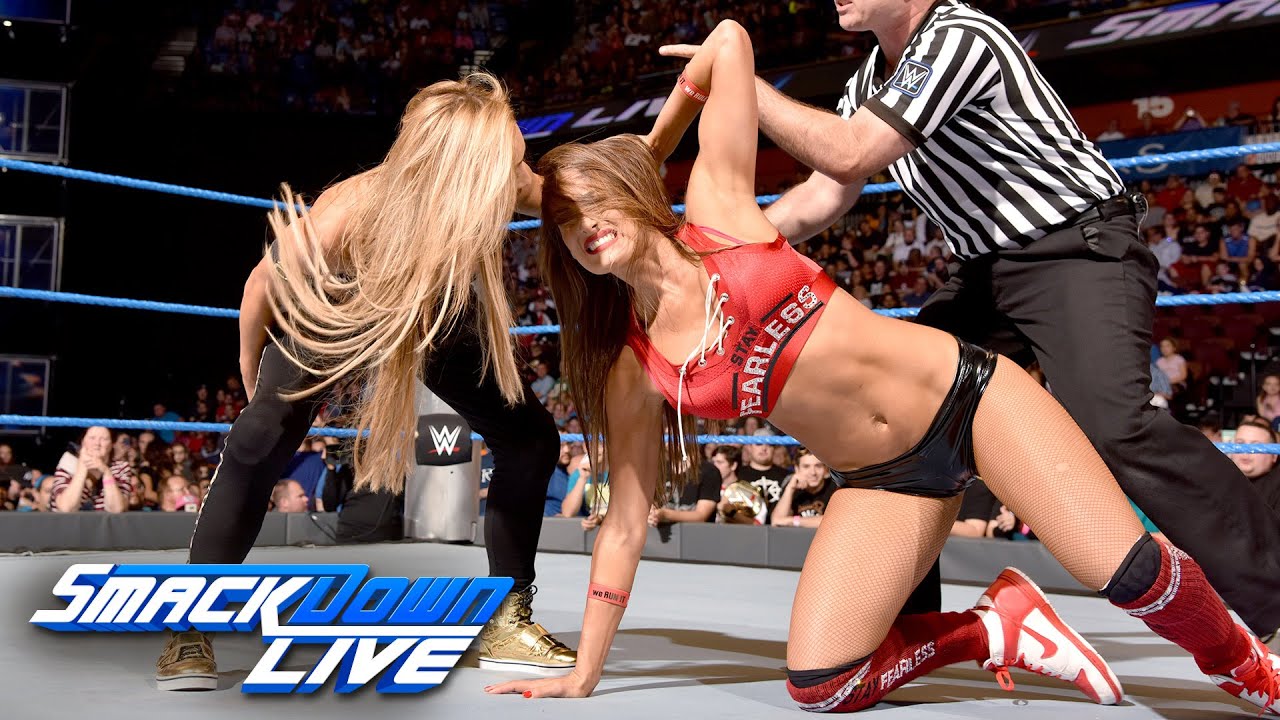 The Princess of Staten Island showed her true colours on SmackDown and it was perfect. Carmella was a heel in NXT for a little while before becoming a very popular face. The thing about Carmella is, she is very capable of playing both roles well. I really didn’t see her turning heel so quickly after landing on SmackDown, but this move made a ton of sense. With Nikki coming back, she could have been a heel, but she would have been cheered no matter what for at least a few weeks. A double-switch here means that there will still be 3 heels and 3 faces which balances the playing field and allows Nikki to play the hero for at least a little while.

Carmella attacking Nikki gives her an edge that she probably needs. Not only did she attack Nikki on the show, she attacked her on Talking Smack afterwards. Carmella made a statement and proved in 30 seconds that she belongs. I’m really looking forward to what the future brings for these two as I think this feud could become deeply personal. I’d love to hear what Carmella has to say about this, I think it will bring out her personality even more. She could become a breakout star on SmackDown depending on how this feud turns out. I’m really pulling for her, she was one of my favourites in NXT and I feel that she’s one of the more charismatic women on the roster. I could easily see her pinning Nikki for the title in the 6-pack challenge at Backlash. 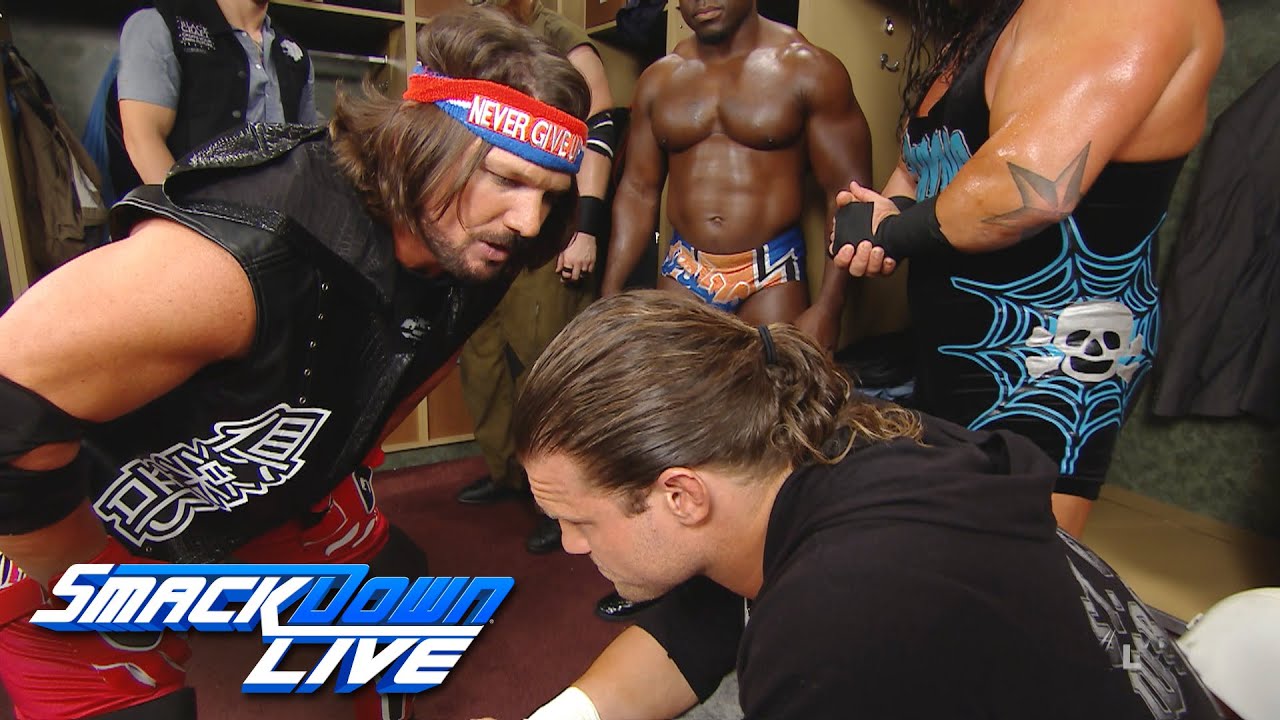 AJ Styles has always been an annoyingly good heel. He will drive you crazy with his promos telling you how great he is. The problem is that AJ played a face a lot more than a heel and never got to utilize that part of his personality as much as he should have. AJ is great no matter what role he’s playing, but since the brand extension, he’s been on fire. No longer is her playing the cowardly heel, he’s playing a heel that will get in there and prove that he’s the best. This is what I’ve wanted out of him all along because it’s insane to think of him as a coward. 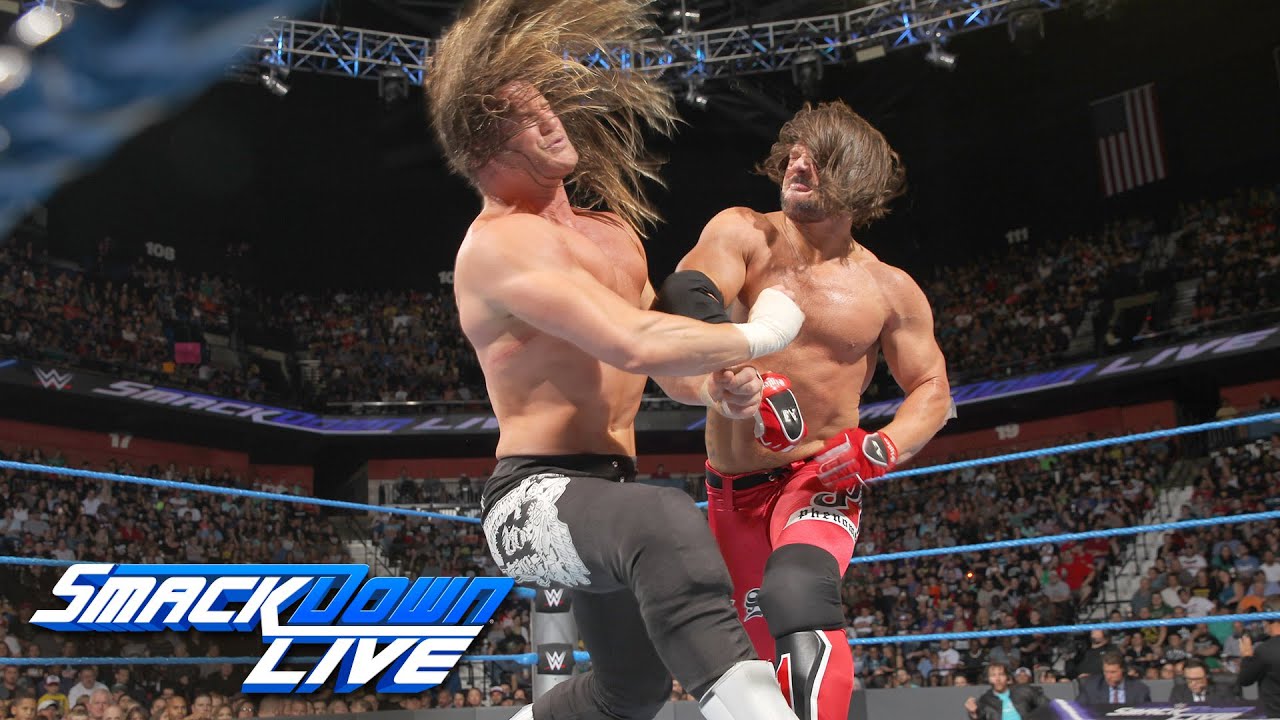 AJ looks like he’s firmly entrenched in the World title picture and I think that’s where he should be after beating Ziggler. I think a feud with Ambrose could be a bitter rivalry spanning multiple events and I really believe these two could create some thrilling moments. Both men are fearless and will do pretty much anything. I expect AJ to take the title soon and hold on to it for quite some time after that. He’s spent the whole year proving why he should have been signed years ago. Now it’s time for AJ to become champion. 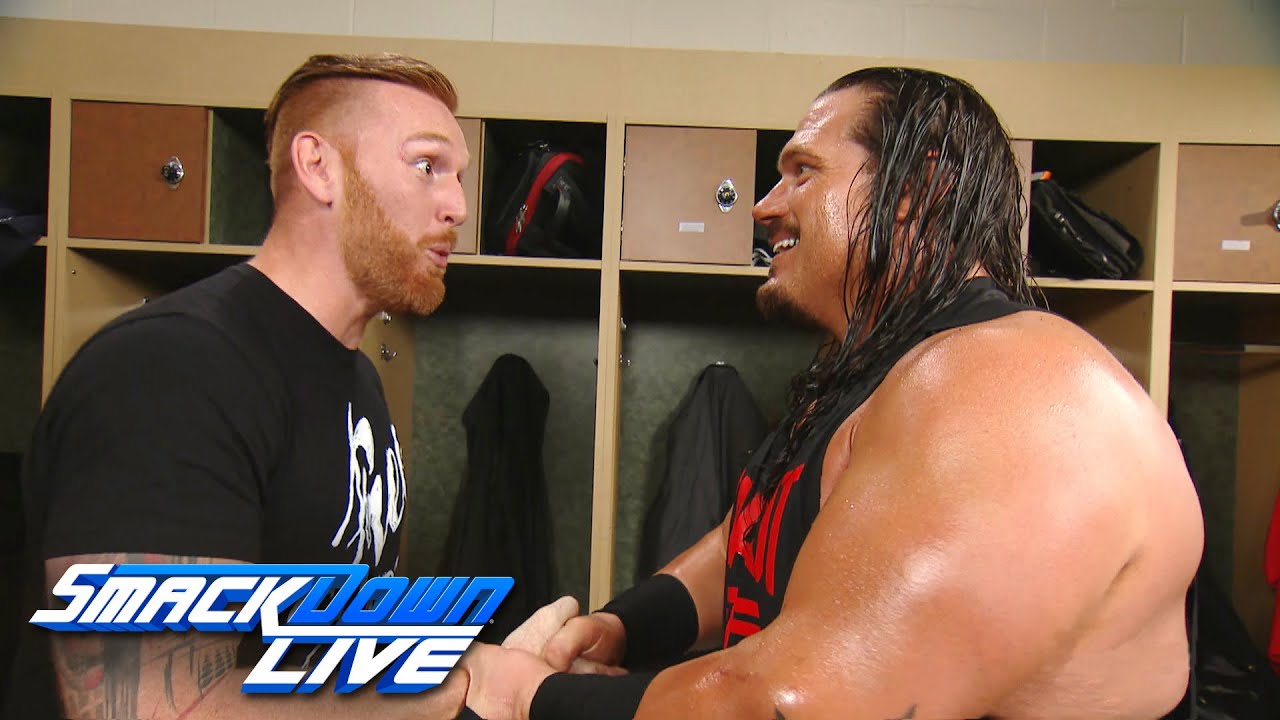 American Alpha and The Usos advanced in the tag title tournament. Rhyno and Heath Slater formed a team which I could see somehow winning the whole thing. Unfortunately The Ascension was taken out right away. So much potential for those guys and they’re buried weekly. 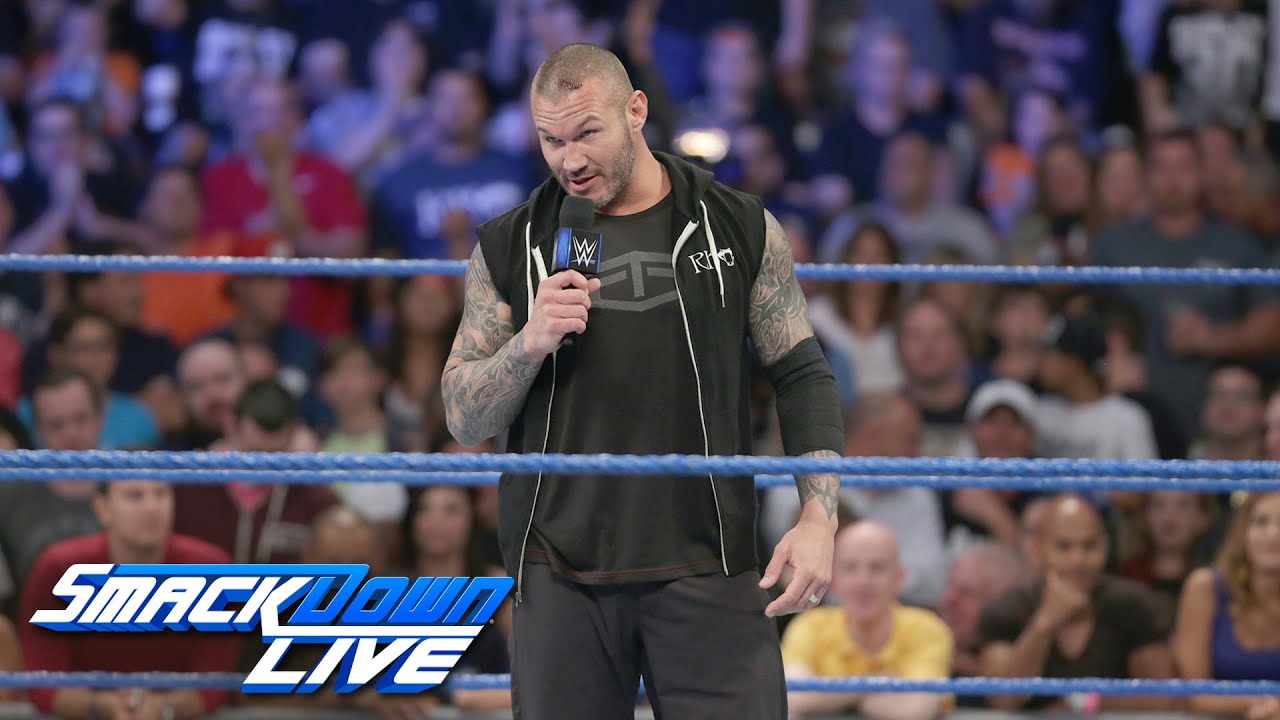 Orton shouldn’t have even been on SmackDown after that beat-down. Looks like Bray will be his next feud which doesn’t at all excite me. Bray has really lost a lot of his mystique with me and I’m not sure why.

This week’s show was a good show. I think SmackDown has a lot more focus now with the new titles and I’m excited to see how things play out!