It was a night of newer talent being featured with people like Steve Cutler, Liv Morgan, and Aliyah taking center-stage on NXT this week. Find out what I think about those three and more inside.

I really like the presence of Tye Dillinger. Tye is someone who was let go by WWE and brought back only to completely re-define his character. The Perfect 10 is a great example of how sometimes somebody just needs a change. Tye is one of the most polished wrestlers in NXT and his character has caught on with the crowd extremely well. His 10s have become the new “Yes” chant in NXT. I can really see Tye becoming an integral part of NXT in 2017 and being a championship contender. Dillinger is too good to be sitting on the sidelines. He needs a featured storyline and to compete with some of the better stars in NXT. Big things should be in the future for Tye.

Buddy Murphy has kind of gotten lost in the shuffle a bit along with his former tag-team partner Wesley Blake. There doesn’t seem to be much of a place for these two in NXT. Part of me thinks they would have been much better off being brought up to the main roster as a team. I can see the value in both as singles stars though and maybe that’s the next step for both men. Murphy had a nice match with Tye Dillinger on this edition of NXT and is showing that he is a reliable star with some personality. I’d like to see more from Buddy on the microphone as I think that’s where he’s going to really shine. 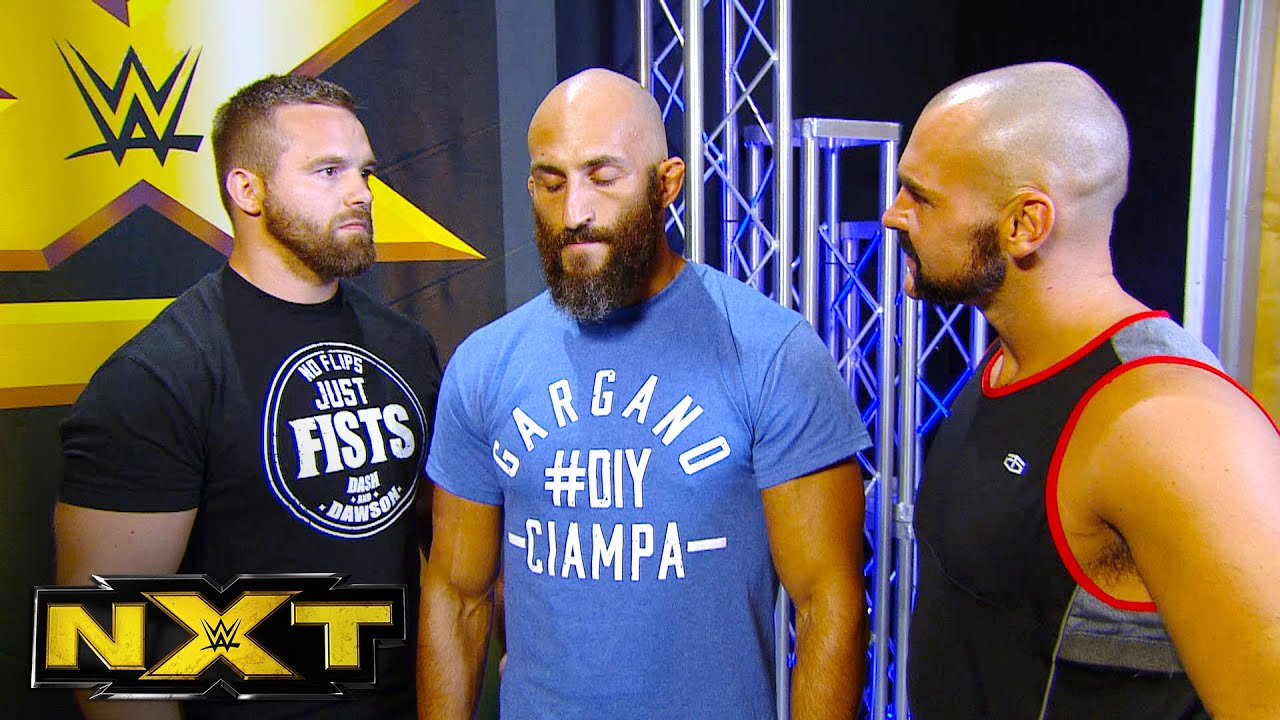 These guys get better and better every week. They are certainly the team to beat in NXT and have represented the brand well as champions. There’s never anything I can pick on with these two, they are that meticulous and calculated with every move that they make. They finished the job they started at Takeover by taking out Tommaso Ciampa. I don’t see anyone taking these titles soon. The Shatter Machine is a pretty amazing move too!

It was nice to see Steve Cutler get the chance to make his mark this past week. I’ve seen Steve a couple times before and he was mostly used as an enhancement guy. This week, Steve got the win over Kenneth Crawford and showed that he’s an up and coming star to watch in the next year in NXT. 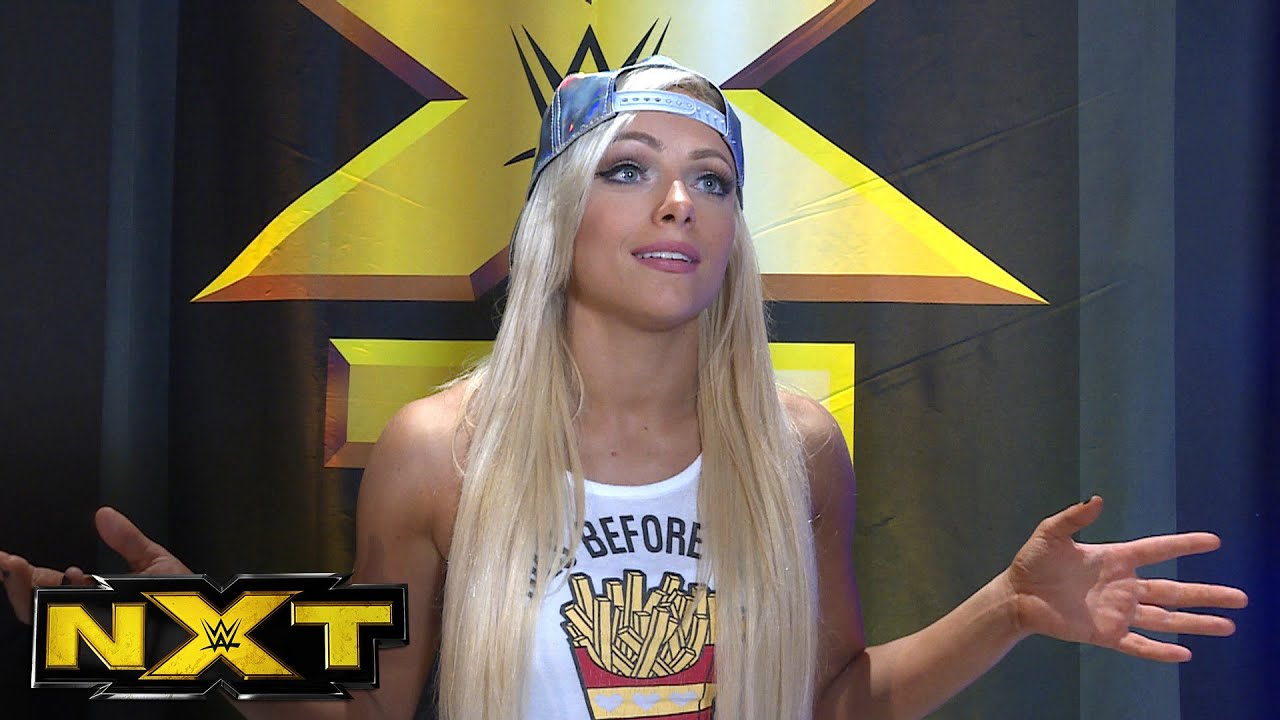 Liv continues her momentum from the last few weeks with a victory over Aliyah. Liv is far from being the face of the women’s division in NXT yet, but the foundation is there. She’s improving every week, the more TV time she gets, the better. 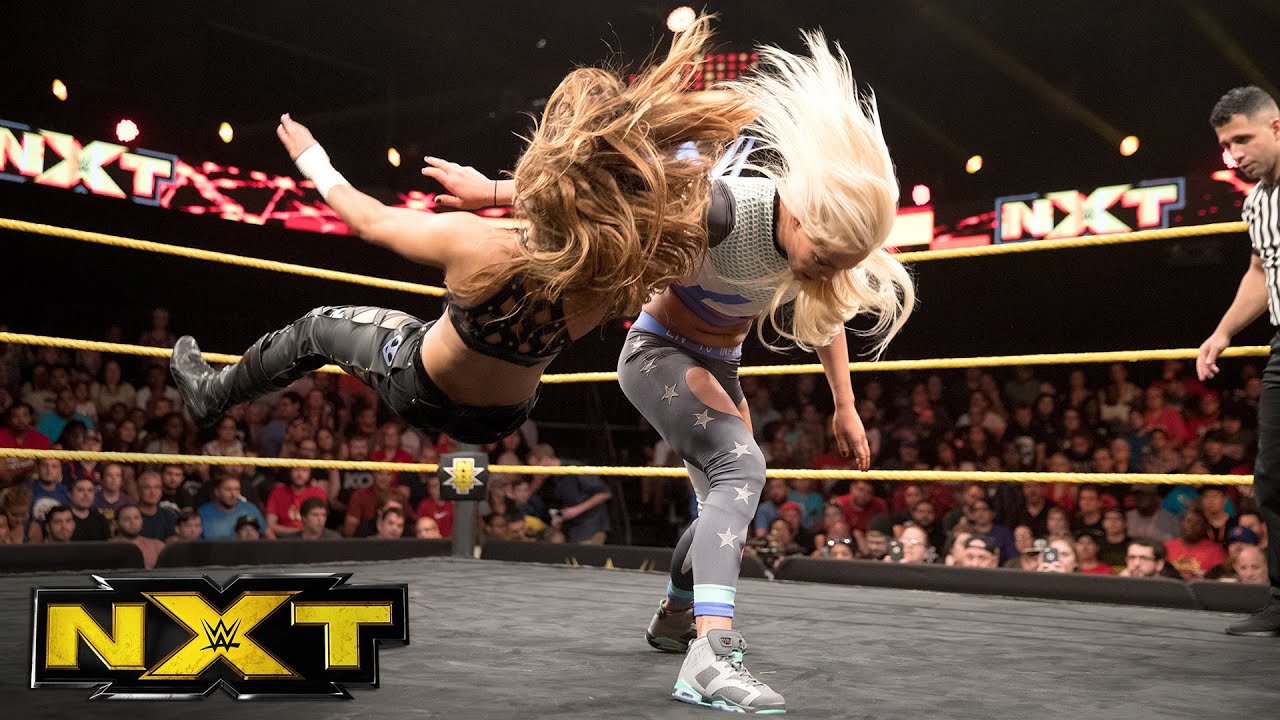 Aliyah came out this week with new music and a new attitude. I like Aliyah and I think this new direction will serve her well. Some people need to be a heel before they can be a good face. I think this is the exact case with Aliyah. I don’t think she was a particularly bad face, I just think the crowd wasn’t connecting with her enough. It’s my hope that being a heel can give her a momentum boost. Aliyah is still very new to NXT and she has a long way to go, much like Liv Morgan, but she’ll get there if she keeps being featured on NXT each week. NXT is in a transition period right now and it’s time for people like Liv and Aliyah to take the reigns and make the case for their spot on TV. 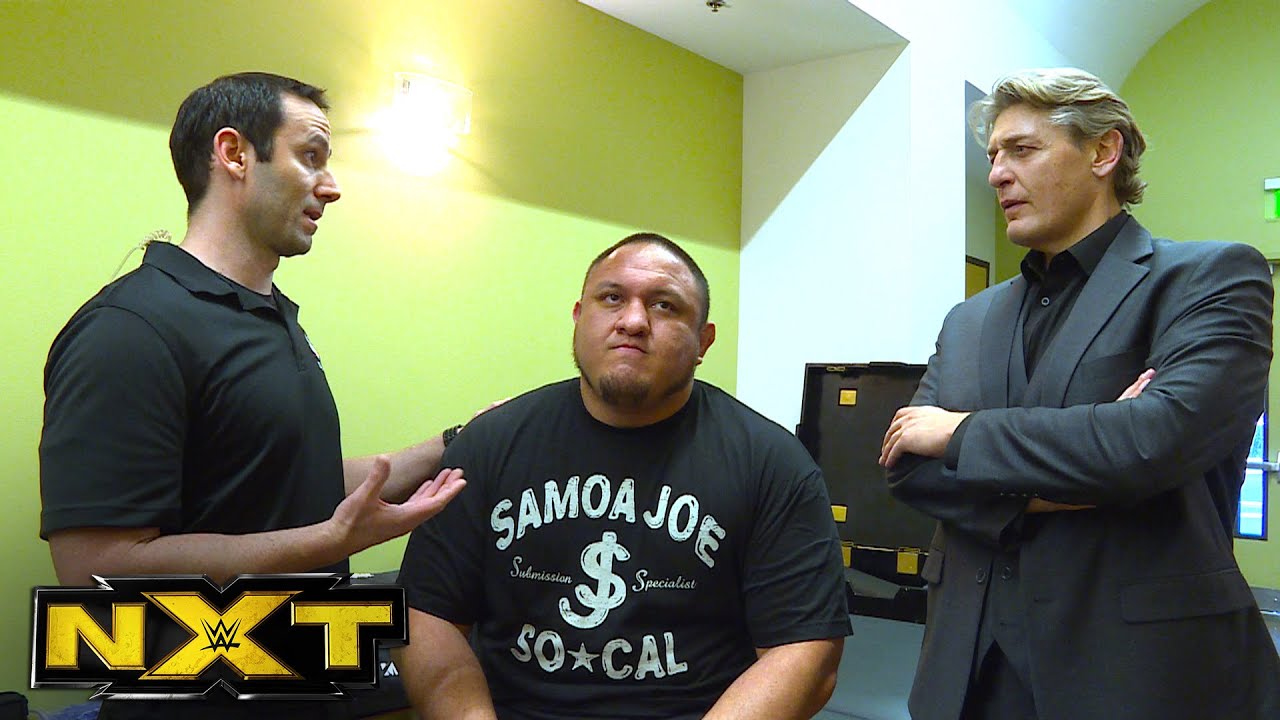 Samoa Joe is out indefinitely. That’s a tough pill to swallow.

Nakamura showed up with the NXT Championship for the first time. There are few people who get the kind of reaction Shinsuke does.

Bobby Roode has such a presence about him that the mere “nice head” comment to No Way José was the only appearance he needed on NXT.

Austin Aries vs. Andrade Almas looks to be in the cards for a future episode of NXT again. I’d guess that Itami would be involved in that.

It was a pretty good episode of NXT this week. I like that undercard talent are getting an opportunity. That’s the only way new stars are going to be born.