This week’s edition of Raw (9/19/2016) finally introduces the Cruiserweight Division! We’ll talk about that, Sasha Banks, Dana Brooke, and more inside! 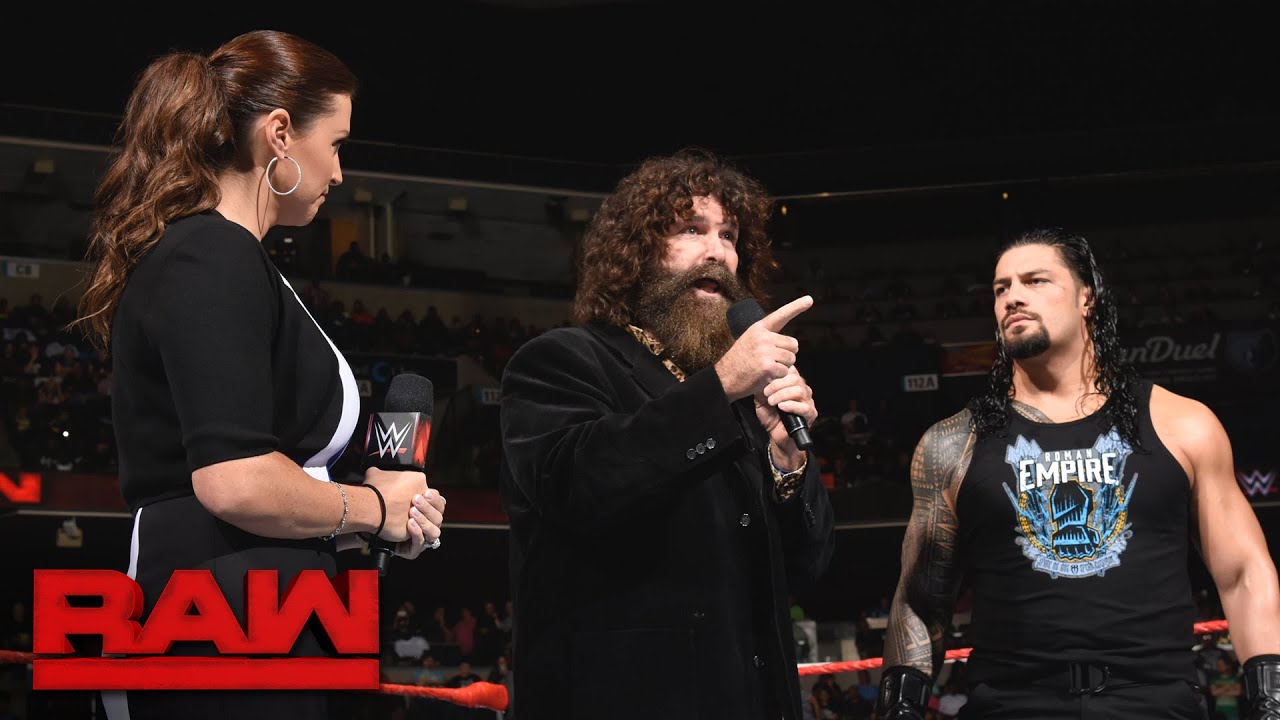 I would like to say how much I am loving what’s being done in the Raw main event picture. You have 4 solid in-ring workers that are getting the opportunity to hold/challenge for two championships. The US title means more now than it has in years (except maybe when Cena held it recently). Rusev has been a credible champion and Roman Reigns is breathing down his neck for the title. The competition on Raw has certainly been fierce and I’m enjoying the quality of matches we’ve been getting week in and week out.

Kevin Owens has been on a tear in every conceivable way lately with his promos and his ring work. He’s consistently been having great matches and continues to play his heel character so convincingly. Kevin is a perfect choice for champion right now and I’m glad he’s getting his time to shine after a year of stellar work on the main roster. You can say what you want about his physique, but Kevin is a star. 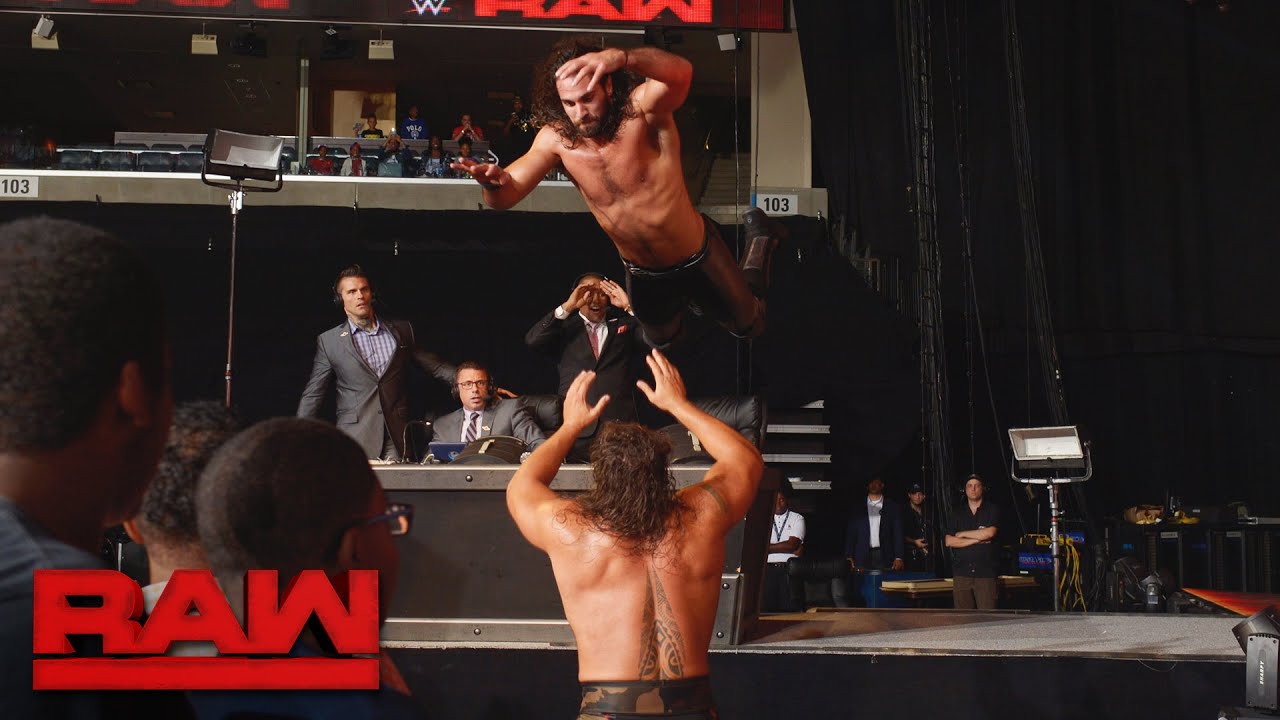 Seth Rollins is another guy who seems to be stepping into another gear. It took Seth a little while to get back up to speed after returning, but he’s in full gear now. Rollins is still my favourite person on the microphone. There’s just something about his promos that draw me in. I think it’s because he has such conviction when he delivers a promo. He’s also turned up the fire a little bit as referenced by his dive off the announce table onto Rusev. His talk with Stephanie backstage sure has me wondering what might happen at Clash of Champions as well.

Having these four guys at the top of their game is only going to help Raw in creating a compelling show each week. And no, I don’t think we’ll see a Shield reunion. 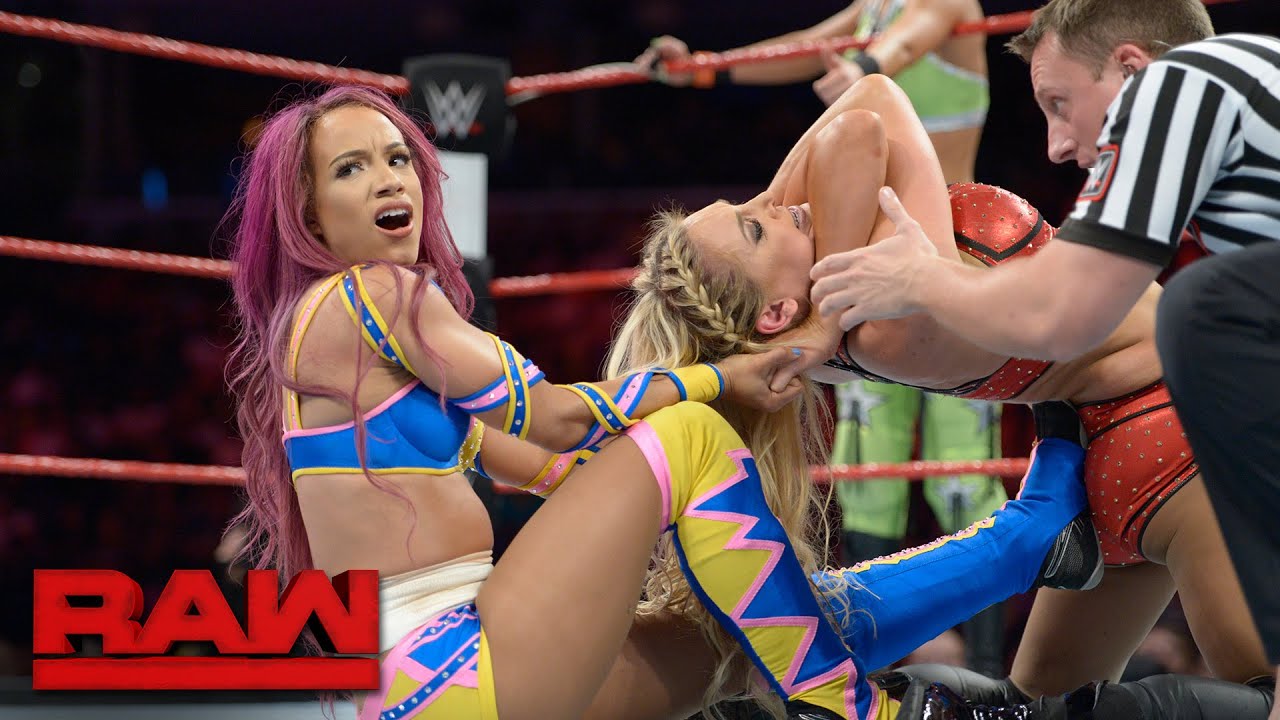 Those few weeks off must have made Sasha Banks miss Raw because she’s definitely come back with a vengeance. She moved faster than I’ve ever seen in last night’s tag-team match. For the pace that Sasha works, she’s one of the polished workers that I’ve seen. There isn’t much not to like about Sasha. The Boss is called that for a reason, she’s definitely one of the centerpieces of the Raw Women’s Division.

I really like the fact that the championship is Sasha’s soul focus and that even her friendship with Bayley is playing second fiddle. It’ll be a Triple Threat Match at Clash of Champions for the Raw Women’s Championship. That match should be a show-stealer. These three women haven’t wrestled each other for quite a while for any type of championship, but their chemistry is undeniable. I expect the Women’s Championship to change hands this Sunday, but Charlotte may just hold on to it for even longer.

I’ve quickly become a big fan of Dana Brooke. At first, it may not be easy to see why. Dana is a very polarizing woman on Raw. It seems like fans either love her or hate her. I can’t quite understand the hatred she garners from fans. Not everyone can be perfect in the ring all the time. Dana has been thrust into so many different situations. She was plucked from NXT and sent right into a prominent spot on Raw every week. I feel like she’s handled that well. Being with The Club and being Charlotte’s sidekick aren’t easy tasks and yet she’s taken it all in stride.

Charlotte’s character relied a lot on Dana in the beginning and now we’re starting to see a little bit of dissension between the two even after a win on Raw. What I love most about Dana is that she emphasizes everything she does so well. Whether it is a move or a just talking, Dana lets you know what’s going on. I really want to see what Dana can do on her own and I’m hoping she can break away from Charlotte soon and do a bit on her own. It was a smart move to put her with someone as seasoned as Charlotte to learn from, though. The future is bright for Dana Brooke. 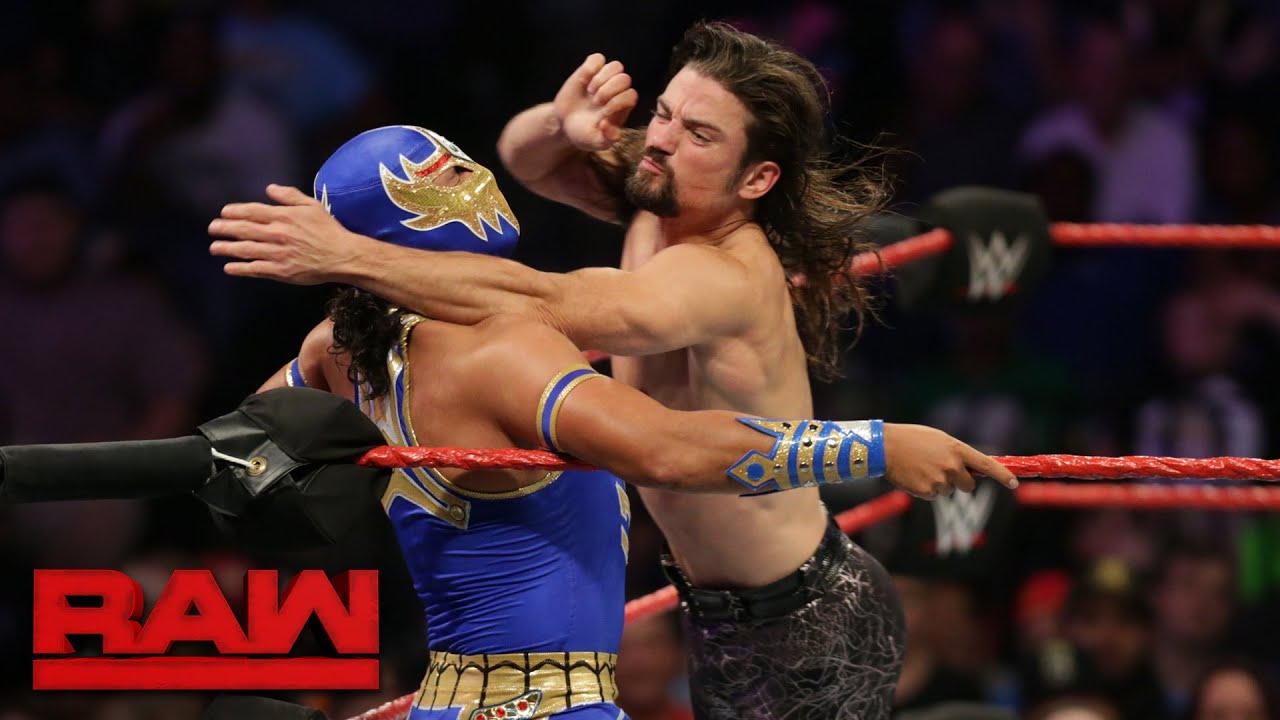 The Cruiserweights finally made their way to Raw on Monday night as there was a Fatal 4 Way match to determine the Number One Contender to the WWE Cruiserweight Championship at Clash of Champions. Raw is really going all out for these Cruiserweights and it’s going to be interesting to see whether or not they continue with this kind of build up. The whole set changes colours, the logo turns into Raw Cruiserweight. It’s like a show within a show.

I don’t particularly like this method of doing things. Why not have the Cruiserweights assimilate with the rest of the roster? Better yet, why not give them their own show and have Cruiser Tag Titles too? I just think segregating them makes little sense. How cool would it be to see TJ Perkins try and battle someone like Seth Rollins? There are certainly options there, but right not it looks like they’re on their own. 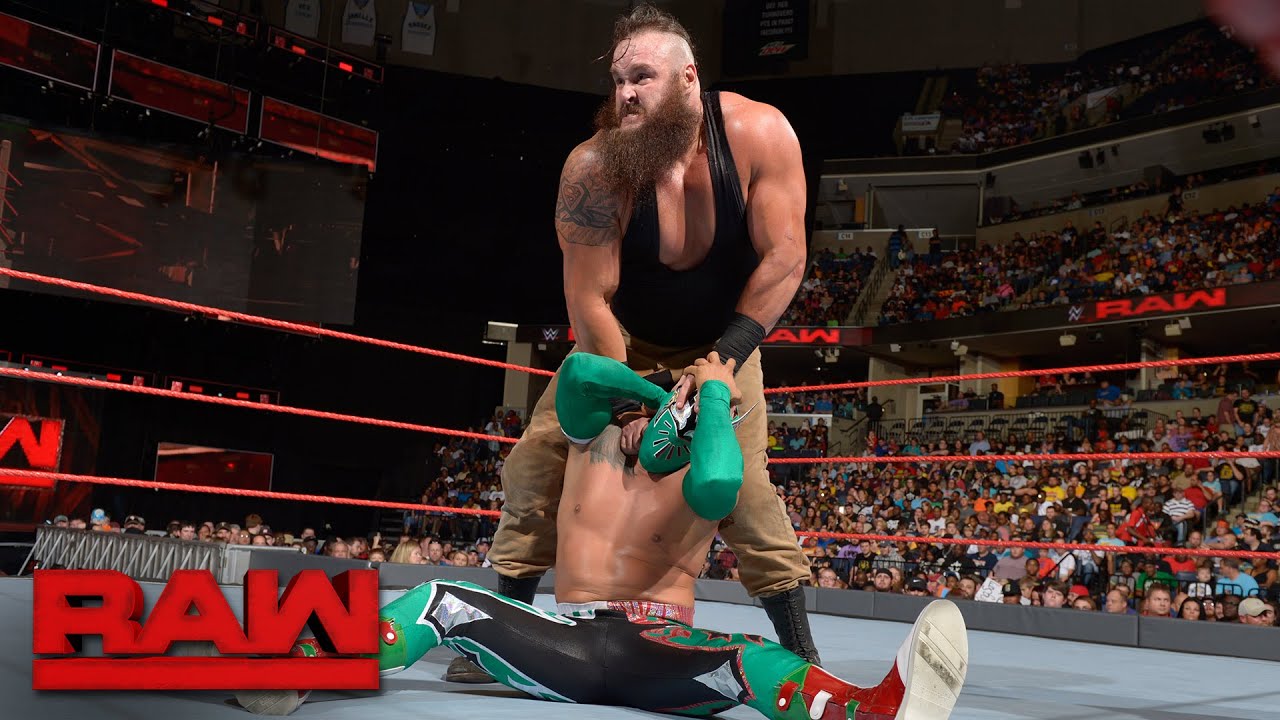 Braun Strowman and Bo Dallas pick up wins against local competitors. Put them against each other  and see who comes out on top? Honestly, these squashes serve their purpose and the crowd chanting “Let’s go jobber” was pretty creative.

Nia Jax faces Alicia Fox on Clash of Champions Kickoff. Interesting spot to be in for Nia. You’d think they could spare this 3-minute match on the main card, but at least it’s happening at all. 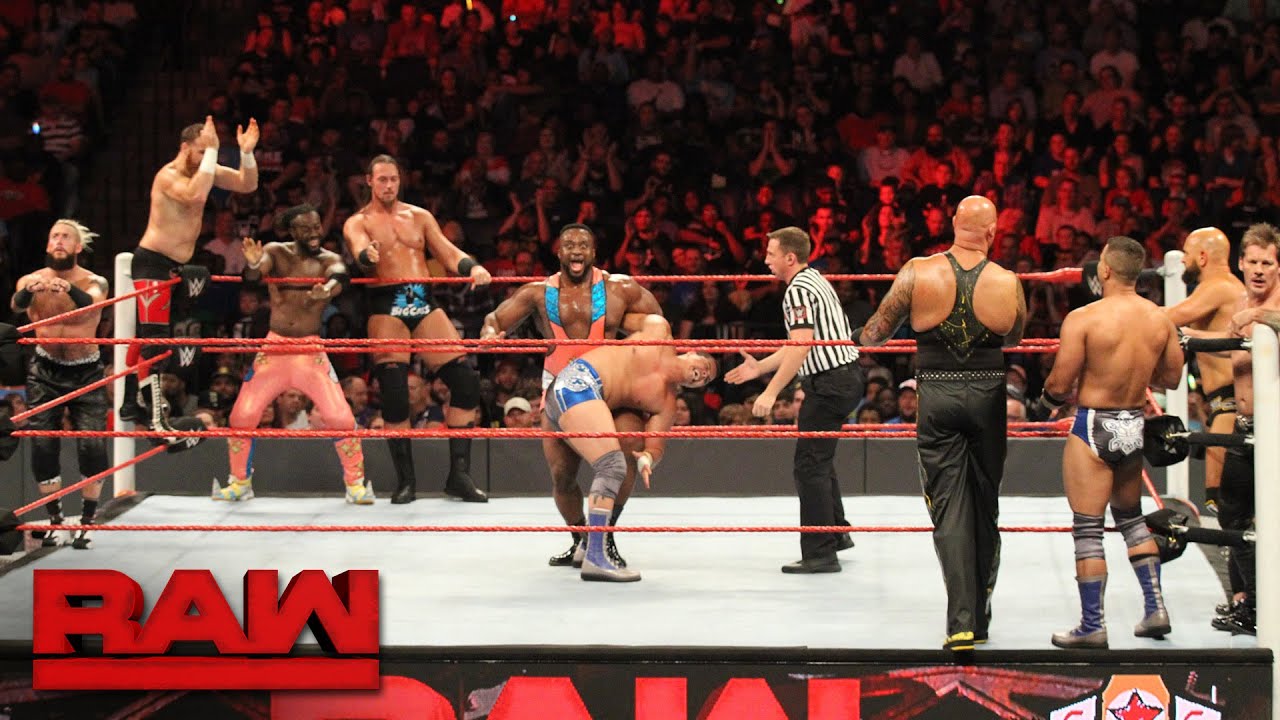 The tag-team division doesn’t need to have a huge 10-man tag match. This accomplishes a lot story-wise in a small amount of time, but it’s almost never as exciting as two teams squaring off. I’d even prefer a member of each team squaring off in a singles match. These segments just always seem like throwaways to me and I dislike them.

A steel cage match was a welcome change on Raw. I really do miss the match variations WWE used to have. I don’t think anyone thinks about this enough. We don’t have nearly enough different types of matches. I get that they’re supposed to be sporadic to create buzz, but there are way too many similar matches. With that being said, I never want to go back to themed PPVs (even though we still have some).

I thought the go-home show for Clash of Champions was good. Everyone got their time to state their reasoning for the feuds they’re in and why they’ll be victorious. I’m fairly excited to see what happens Sunday. I think there will be some questions answered as to what Triple H is up to.