This week’s SmackDown (9/20/2016) was a quality show. We’ll take a look at the confrontation between Alexa Bliss and Becky Lynch, American Alpha, and a whole lot more!

I wasn’t sure quite how this feud was going to come off, but these two girls got heated quickly. Alexa Bliss really has a grasp on her character as a heel. She’s playing her character very simply and sometimes that’s the best way. Alexa was born to be champion, or so she says. It doesn’t get much easier than that. She believes it’s in her blood. I can get behind a heel who feels it’s her destiny. I really like Alexa’s character and I feel she’ll only grow to be even better with time.

As good as Alexa has handled herself lately, Becky Lynch has been killing it! Becky has been on (straight) fire lately. Becky has been giving the WWE Universe quality matches for a long time, but actually hearing her promos has made her even better. Becky said she wasn’t born to be the champion, she fought to be the champion. That line right there just negated everything that Alexa said. It was one of the most powerful promos I’ve seen from her. Becky proved on SmackDown that she is a worthy champion and the right woman to lead the women on the blue brand. 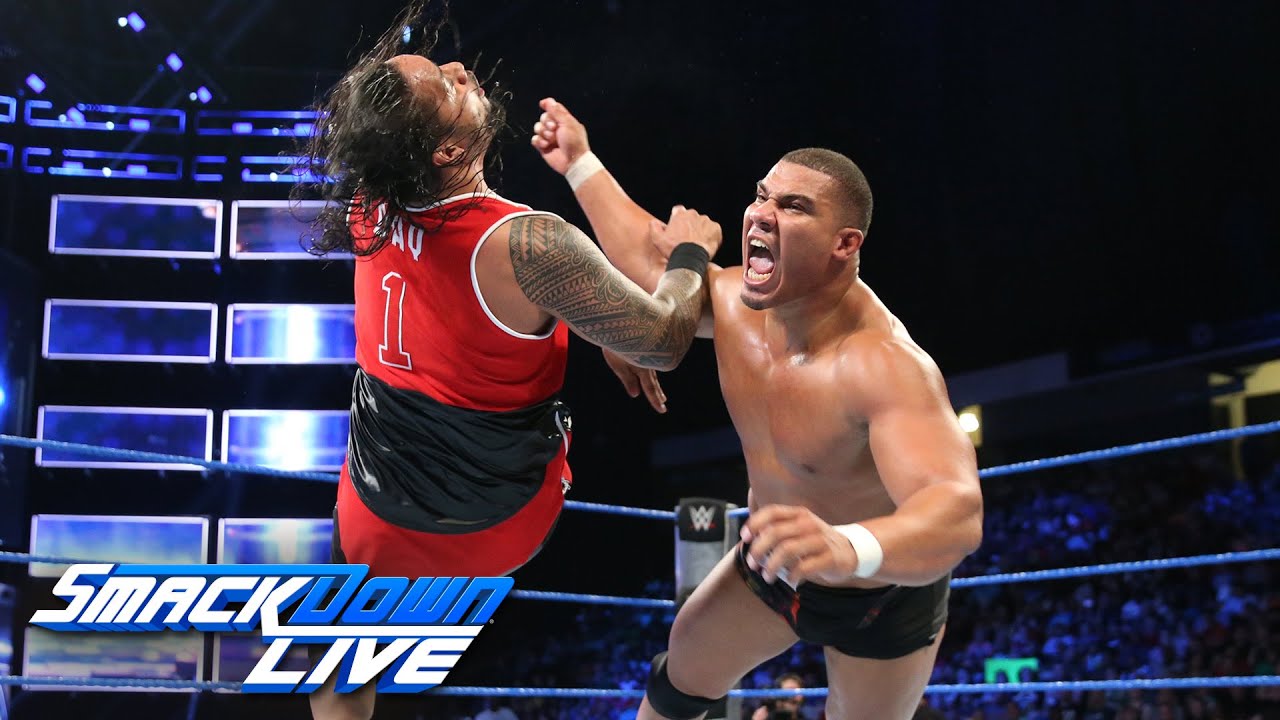 I get the whole injury angles on Chad Gable and that these two teams will face off down the line. The thing I don’t understand is why they had to start American Alpha off like this on SmackDown. This team has been made to look weak far too much as of late. They run the risk of losing the mountain of momentum they had coming in. The tide is certainly destined to turn shortly, it’s just peculiar timing to have them beat down every week.

On a positive note, I felt like the match with The Usos was an exciting match with some good near falls. These two teams will have a fantastic feud over the titles somewhere down the line. 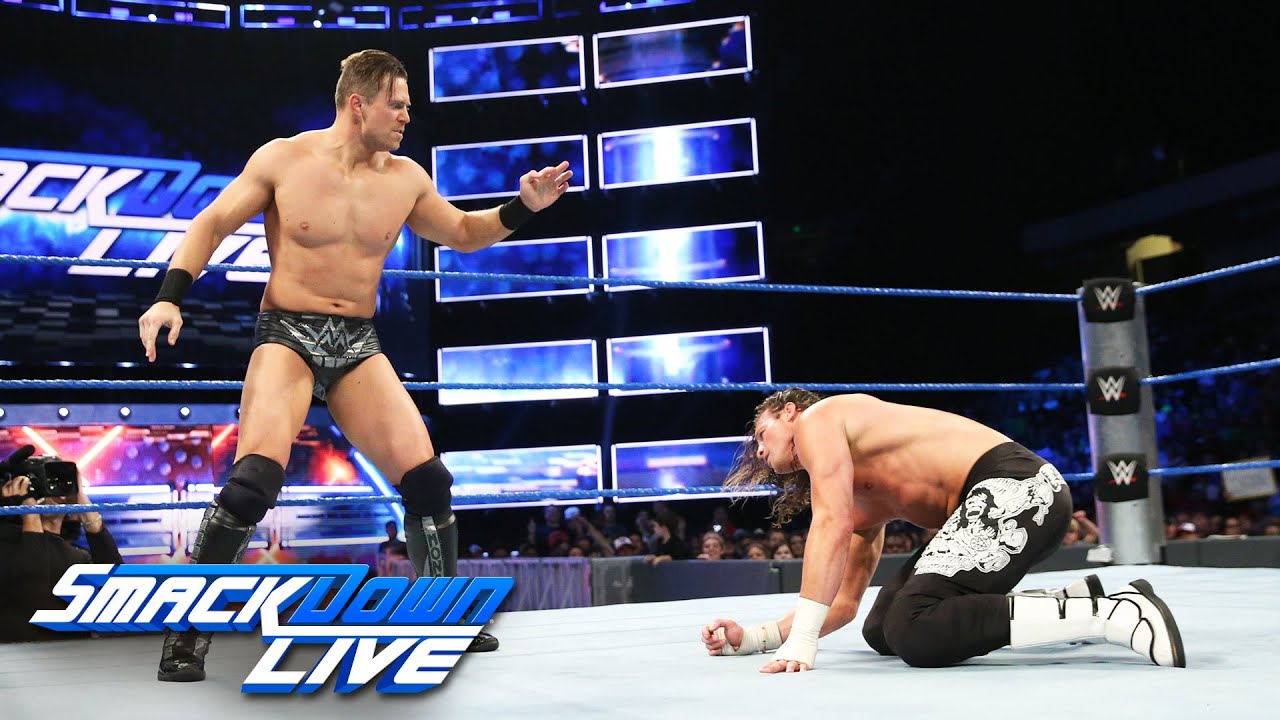 As much as I am sick of seeing these two fight, each match is better than the last. The Miz is doing some of the best work of his career. I wouldn’t mind seeing him have a World Title run in 2017. Ziggler has been equally as good and he seems to have a renewed confidence. Miz continues to steal victories and you have to wonder when his luck will run out. Dolph Ziggler finally winning the IC titles may end up being one of the moments of the year if it does happen. 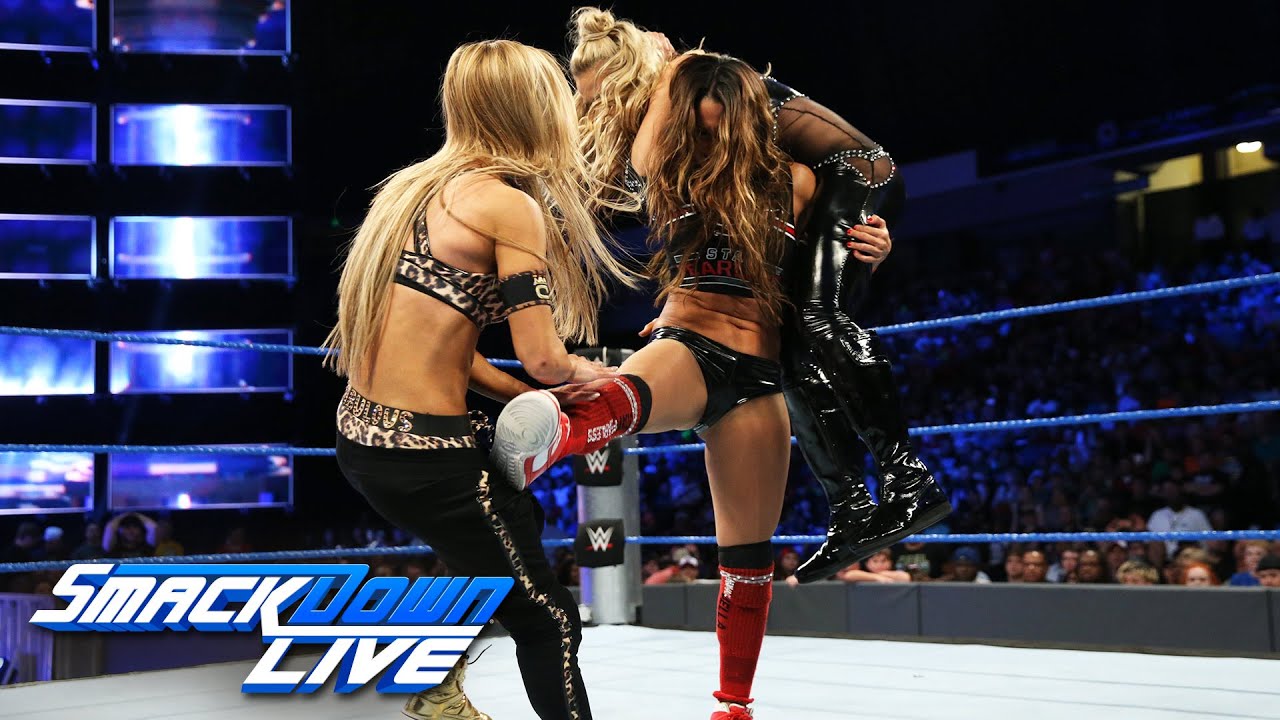 I talk about this girl every week, but she’s been fantastic since coming to the main roster. Granted, she did get a great opportunity to take out Nikki Bella, but she’s making the most of it. Carmella got herself disqualified by throwing Nikki into the barricade. That ended her night in the ring and left her once again looking strong.

In a bit of a logical moment on Talking Smack, she reasoned, “I don’t even know why I got disqualified, I’ve seen people do way worse without getting DQ’d”. That wasn’t a direct quote, but close enough and so true! WWE getting called out for their inconsistencies by one of their performers is always nice to see. Carmella brought a lot of confidence to Talking Smack and she seems like she’s ready to take the next step. I’d love to see her roll through each woman on SmackDown before facing the champion.

The NXT girls are definitely making a statement on the main roster so far! 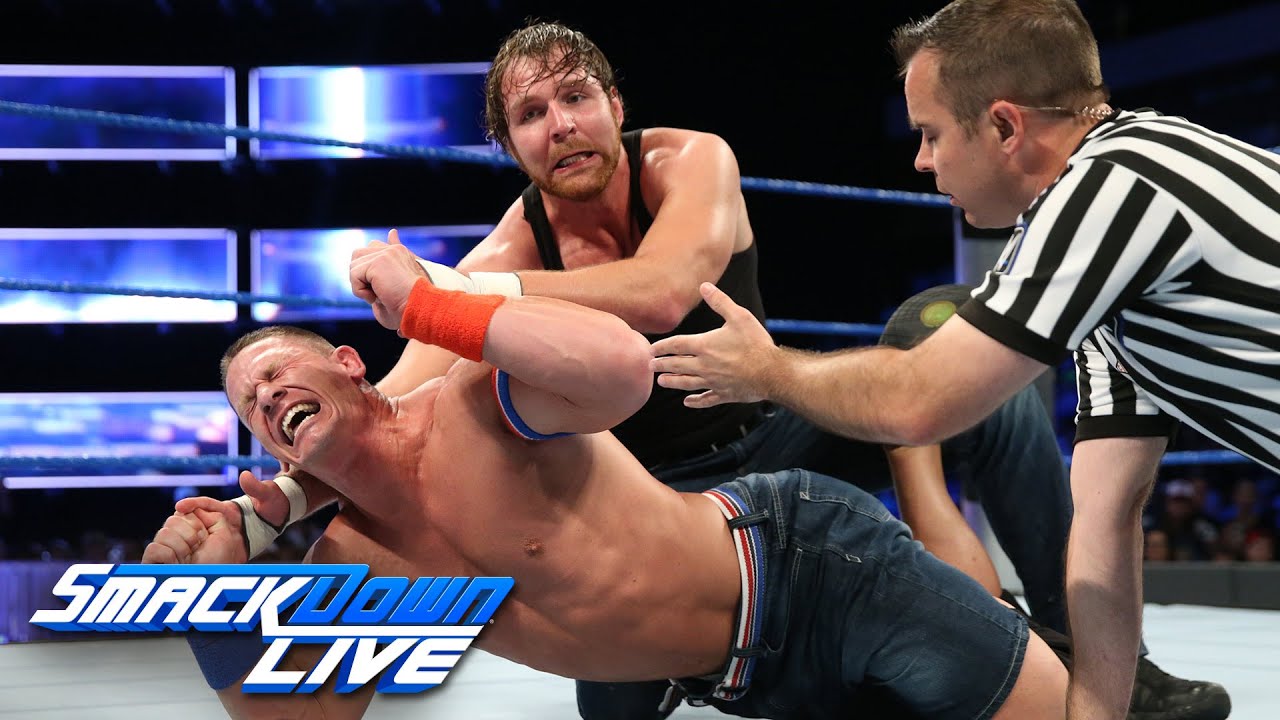 Dean Ambrose,https://www.youtube.com/watch?v=WUHnYEkAiQQ to his credit, has been one of the best guys in all of WWE over the past year. He’s done a bit of everything and he’s done it well. On SmackDown, Dean got the win over John Cena and learned he would have a one-on-one match next week for the World Title against AJ Styles. I could see a quick title change only for it to change back at No Mercy. I’m personally glad to see a title match on TV as opposed to just PPV though.

I’m not the biggest Ambrose fan, but I respect what he’s accomplished this past year. I’m ready to see what he can do as a heel, though. I think that’s where he’ll become an even bigger star.

Don’t discount the job John Cena is doing to make the SmackDown guys look great. He’s taken loss after loss. Cena will go down as one of the most important stars in WWE history when all is said and done. He’s quite literally done everything. Now he’s tending to the future. What a great person to have in your locker room! 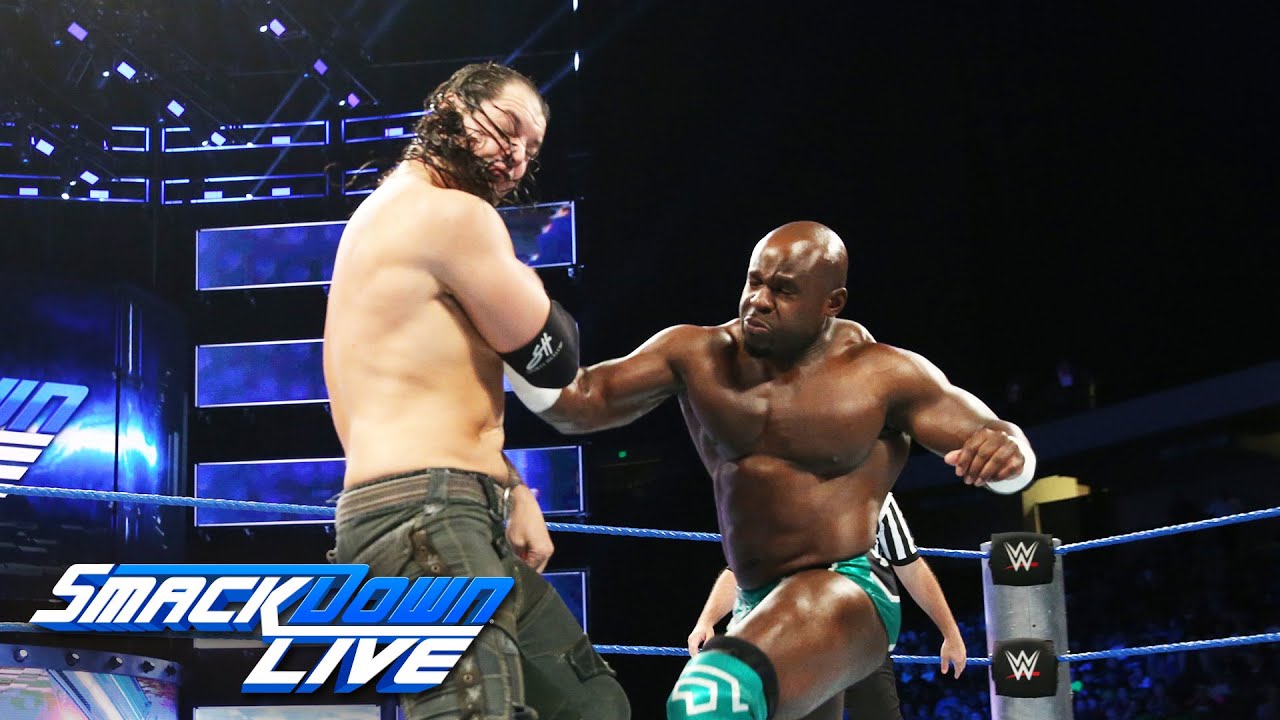 Corbin vs. Swagger could be huge if they build this right. It’s one of the more intriguing feuds I’ve seen as of late and I’m looking forward to where this goes. Sadly, Apollo Crews probably wishes it was over.

I feel like Bray Wyatt needs the win over Orton. Will he get it though? My guess is probably not. 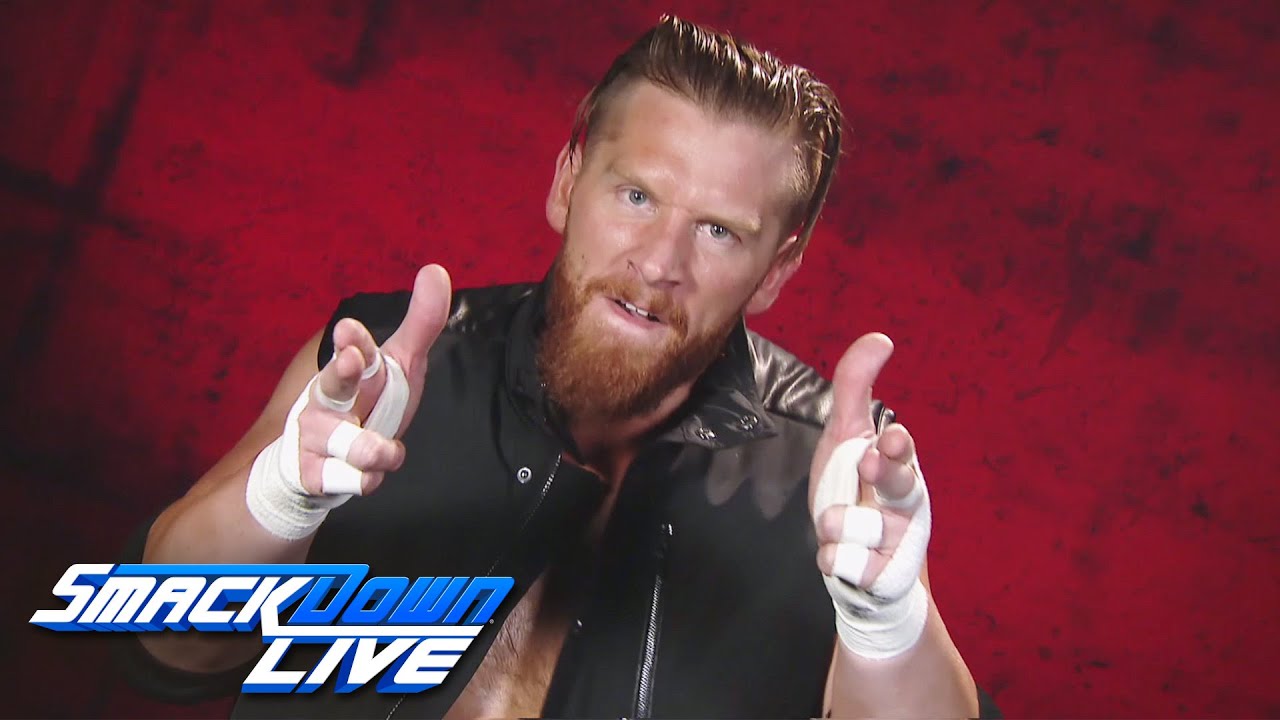 Legend has it that one day, a man named Curt Hawkins will debut. It’s a tale as old as time.

SmackDown was great this week. The story-telling is better than ever and I really feel like they pack a ton into the show. It hasn’t felt rushed in recent weeks. The writing team seems to be really getting into a groove and the stars are making their feuds personal which is making them destination programming.