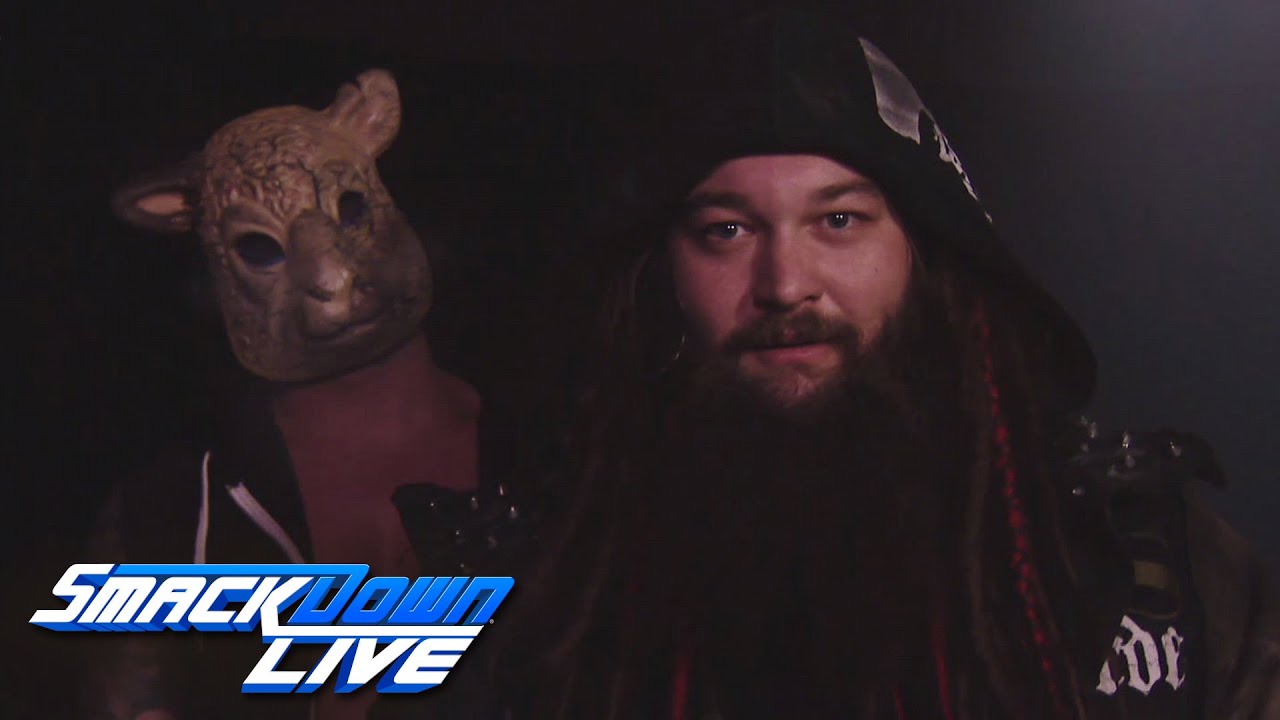 Randy Orton came out on SmackDown and claimed that Bray Wyatt was scared of him. Bray then showed up on screen and challenged Randy to come after him. Randy ended up searching for Bray throughout the show in weird areas of the arena. This game of cat and mouse was a nice change from the normality of wrestling. I wish they’d have more inventive segments like these as it really makes the show feel more organic. I think that’s one thing that made the Attitude Era so successful. I’m not saying that every segment needs to be this way, but random ones like this are perfect.

Orton turned the mind games around on Wyatt in these backstage vignettes and ended up sitting in Wyatt’s chair after beating him down while singing and wearing the sheep mask from Rowan. Definitely a shocker! This feud gets weirder by the day. Is there a more formulaic match in WWE than the 8-man tag-team match? We saw another one on SmackDown which seems to be the new home for these types of matches. The face starts the match off well then tags in the other face. Heel dominates that face for a period of time before the hot tag. The face then either wins the match or the heels win it with dirty double-team tactics. The Usos won last night’s match with a quick double-team and then submission.

The Usos won last night’s match with a quick double-team and then submission which was option number two of what I said. Honestly, these matches are not exciting and are nothing more than filler. The same can be said for tons of matches, but these ones are so similar all the time. It’s like watching a squash match with a little more psychology. Naomi’s entrance gets better and better each week. I think having such a theatrical entrance has really added to her character. Naomi has been a much more well-rounded character since coming up with the entrance routine. She has a lot more personality in the ring to add to her spectacular athleticism. I’ve really been impressed with her in recent weeks.

Naomi and Nikki dominated most of the match before Carmella stole the victory with a roll-up. I’ve loved the way they’ve kept Carmella’s momentum going for upwards of 6 weeks now. No matter what seems to happen, Carmella gets the upper hand. This isn’t a tactic we normally see these days. Most of the time, stars trade wins in the midst of a feud, but this one has been totally one-sided. It’ll be quite a moment when Nikki finally gets her payback!

Carmella has been so good with everything she’s done lately that I’m not so sure she wouldn’t be a good candidate to challenge for the SD Women’s Championship. Carmella talks the talk and backs it up in the ring. I really haven’t seen a ton of weakness in her since coming to the main roster. She’s entertaining whether she’s on the apron, in the ring, or in an interview. She might just be my pick for Most Improved Star by the end of the year. 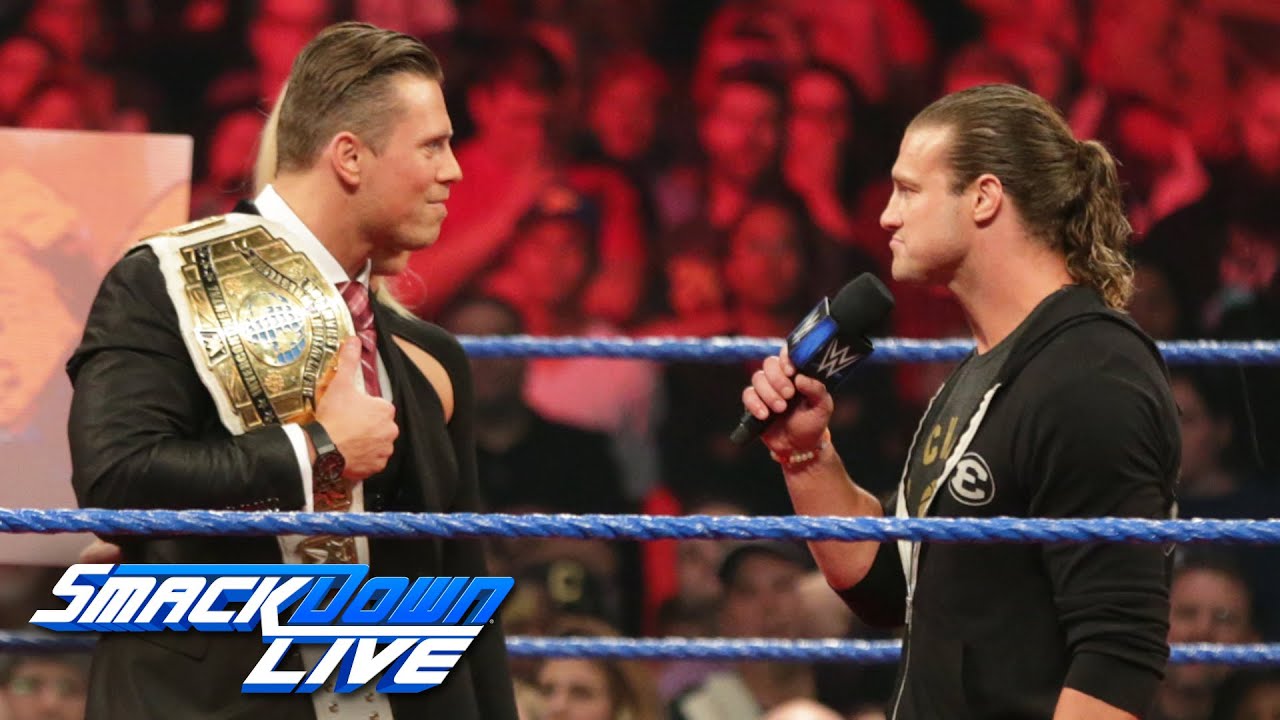 It’s easy to forget how much The Miz has accomplished in a WWE ring. We were treated to a Miz homecoming on SmackDown since it was taped in Cleveland and were shown a video package about his career. The Miz is one of the best Superstars WWE has produced in the last decade in terms of longevity and entertainment value. Sure, a lot of people dislike him, he’s not flashy, he’s arrogant, but… he’s good. The Miz gained my respect for working harder than anyone else to rise above everything else and become a star. He’s one of the great success stories in wrestling. No one is a better heel right now and I know that if he wasn’t around, the WWE would miss him dearly.

In many ways, Dolph Ziggler is the complete opposite of The Miz. As much as I’m not interested in their feud, I can understand that they’re perfect opponents. It looks as though Dolph will put his career on the line for another shot at the Intercontinental Championship at No Mercy. I could really see Dolph losing this match and calling it a career, but it’s almost certain that he’ll somehow escape with the title. I think it’s a good time for Ziggler to start his turn-around. He’s been at rock bottom and delivered one of the best promos of his life on SmackDown. Everything to lose, everything to gain. It’s a classic story and I can definitely see it being one of the highlights of No Mercy.

Ambrose vs. Styles for the WWE World Championship 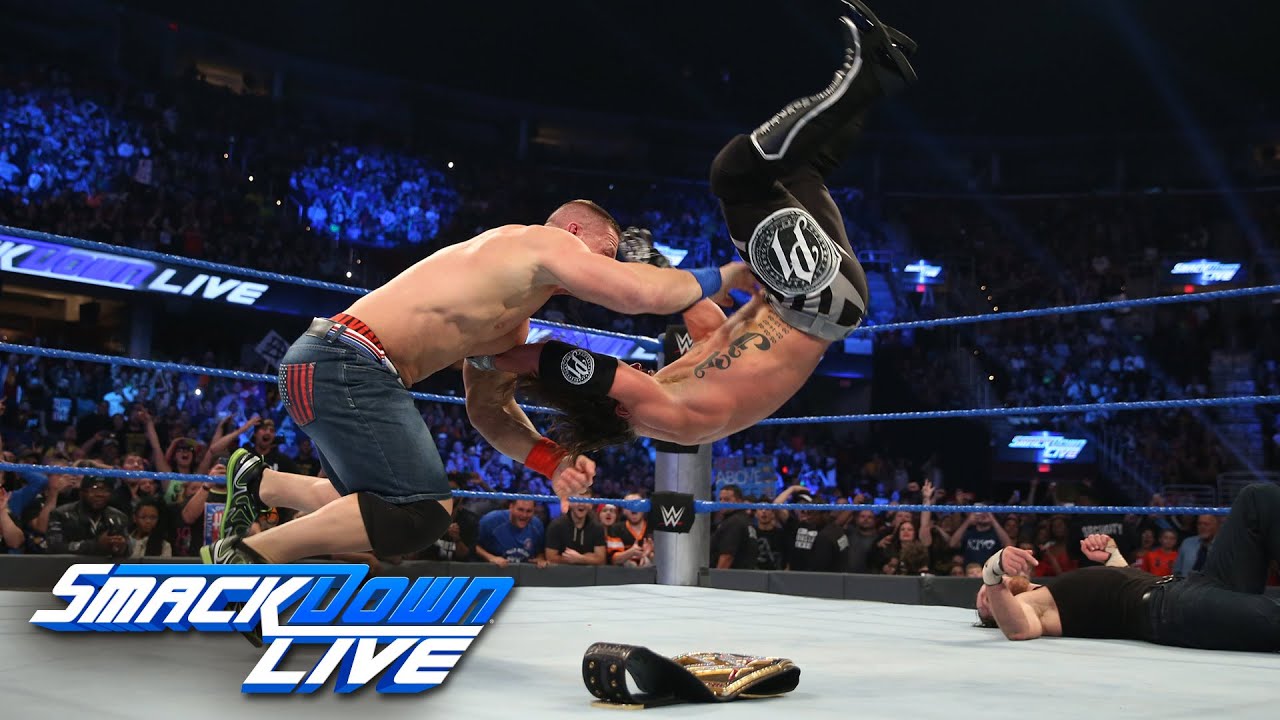 Well, as expected, AJ Styles retained the WWE World Championship against Dean Ambrose. Styles punches Cena at ringside which brought him to the apron which distracted Ambrose for the quick roll-up for Styles. It was great to see a lengthy World Title match on SmackDown and hopefully, that spirited competition will continue.

Going into No Mercy, it’s a toss up as to who may win the title. I’m hoping that AJ keeps his championship, but with him having to steal victories, it doesn’t look promising. Realistically, all three men could easily take the title so it should be an exciting Triple Threat Match in two weeks. Cena AA’d both men and held up the title to end the show. Is that a sign of things to come? 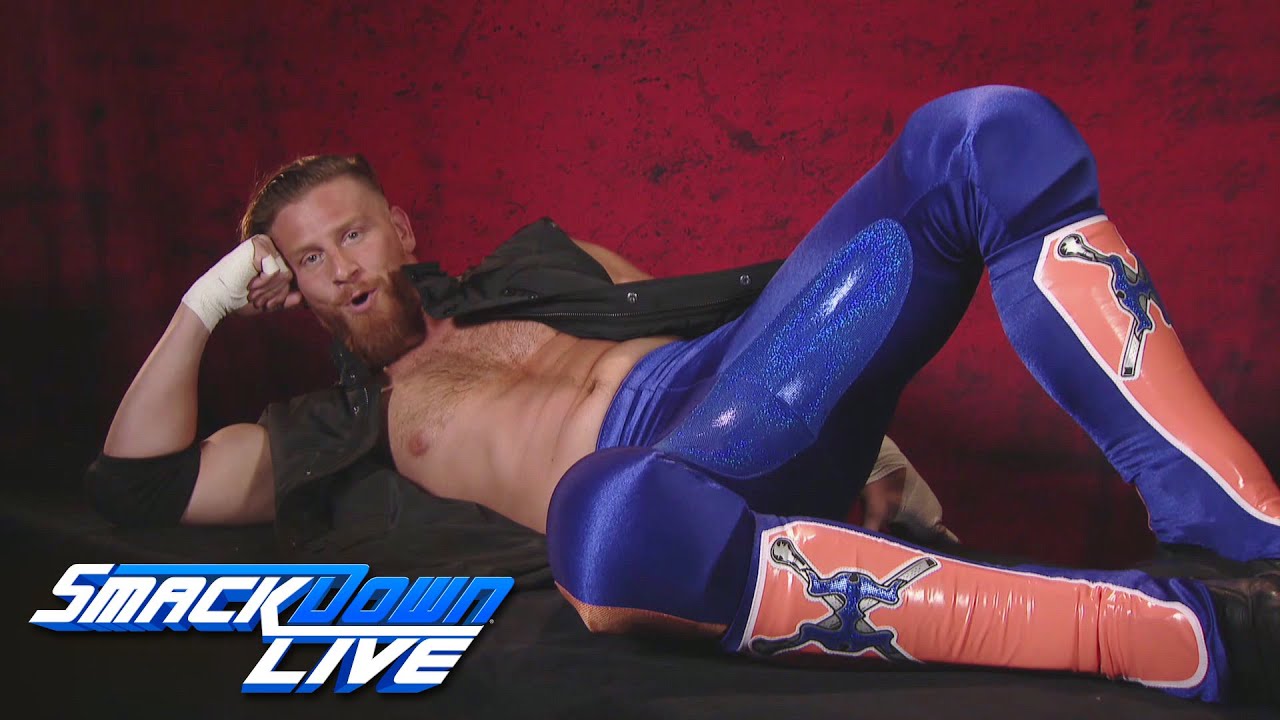 We finally get a Curt Hawkins announcement next week! Seriously, that may have been the most eventful thing on SmackDown besides Miz and Ziggler’s promo battle. I still feel like adding an hour to this show could go a long way. That thought never goes away in my head. I still feel like it’s rushed. It’s a good show, but they really have to pack everything into a 2-hour show and the characters suffer. Thank God that Talking Smack is around to provide some more background to everyone.