No Mercy 2016 saw Dolph Ziggler finally win the big one while AJ Styles found a way to retain the WWE World Championship. All that and more inside! 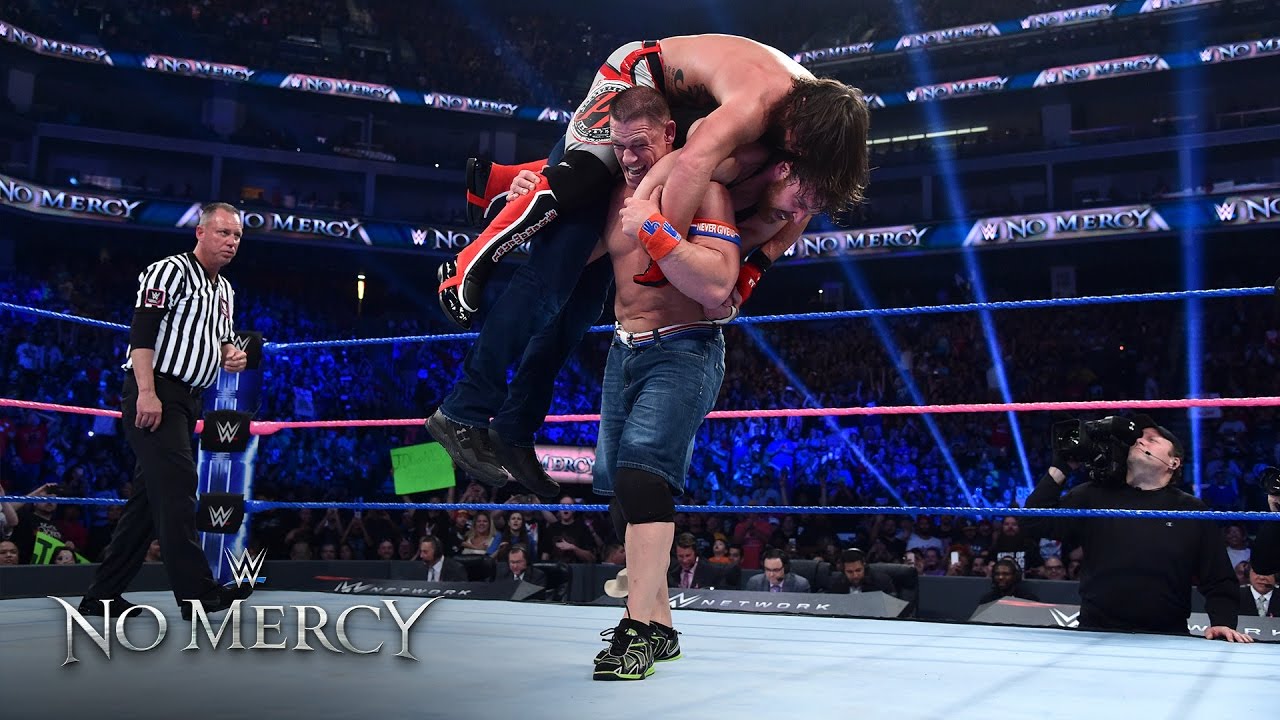 I don’t know what it is about these three guys, but they can certainly tear the house down together. I think it has to do with styles that differ from each other. I feel like each guy has really elevated his respective game in this feud and I could definitely watch more matches between these three or any combination of them. I really liked that No Mercy kicked off with this one. It’s not something I ever remember seeing before and was certainly a surprise. They set the pace for the rest of the show.

I will say that I don’t really enjoy seeing AJ continue to be portrayed as a weak heel. He tapped out to a dual submission and kept the championship on a technicality. He plays this character so well, but it’s so hard to buy into. We all know AJ is legitimately one of the best in the locker room and so it’s weird seeing him have to just escape with the title.

John Cena deserves a lot of credit for really putting these guys in a good position. John is rumoured to be taking another sabbatical from WWE soon and he is making Ambrose and Styles look as good as they possibly can. I’ve said before that I like that they’re utilizing John in this way and I hope it continues.

With the way this match went, I can definitely see a rematch coming soon. AJ is still the WWE World Champion for now. 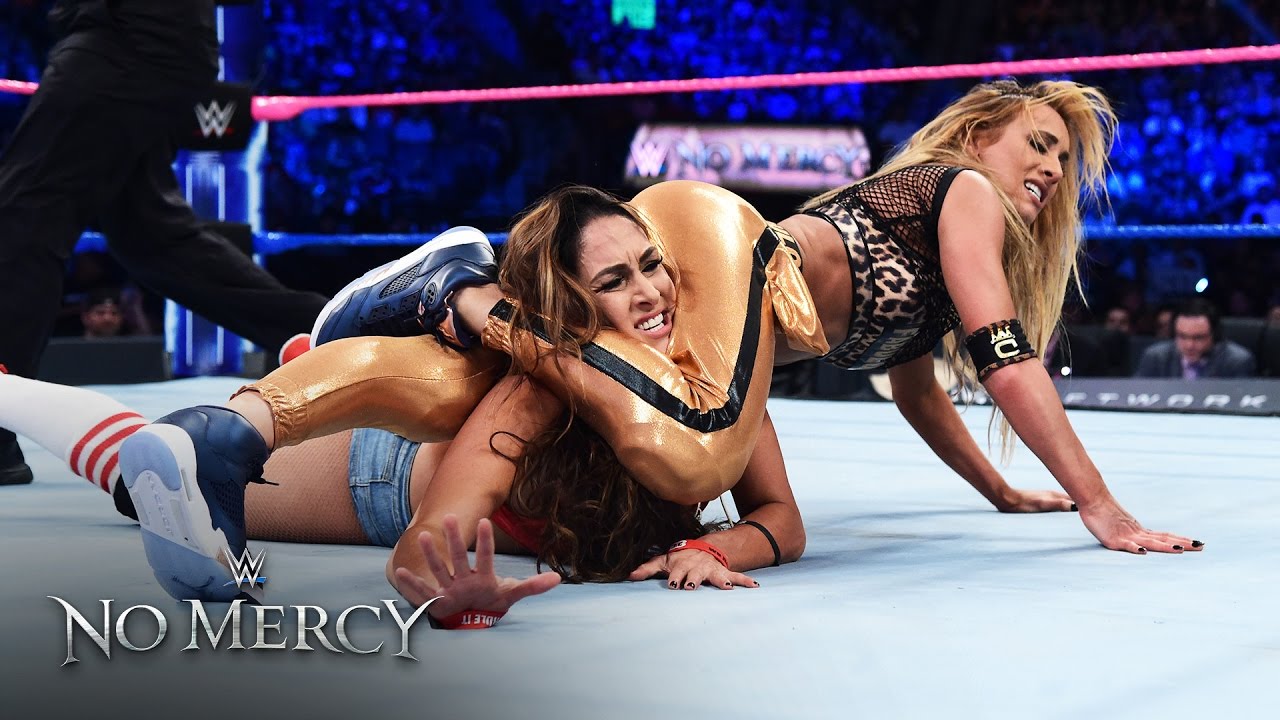 We finally got a grudge match between these two on Sunday night as they went at it for the first time. It’s easy to forget that these two have been feuding for 2 months! That’s a long time to go without having a singles match against each other. I’ve liked this feud because it’s such a traditional story. It’s a personal feud. Carmella doesn’t like Nikki, and she makes her aware of that every week.

The wrinkle to this story is that Nikki hasn’t been able to get revenge on Carmella. The Princess of Staten Island has consistently had the upper-hand on Nikki. I liked this match because it was a brawl between two girls who don’t like each other. It’s a formula that has been successful with Sasha and Charlotte on Raw.

Nikki did get her revenge on this night with the 3-count, however this feud is likely far from over. Carmella will have a reaction to this loss. It’s been a great first roster feud for Carmella and I hope that she eventually comes out strong because of it. At the very least, Carmella has made a name for herself on the main roster. 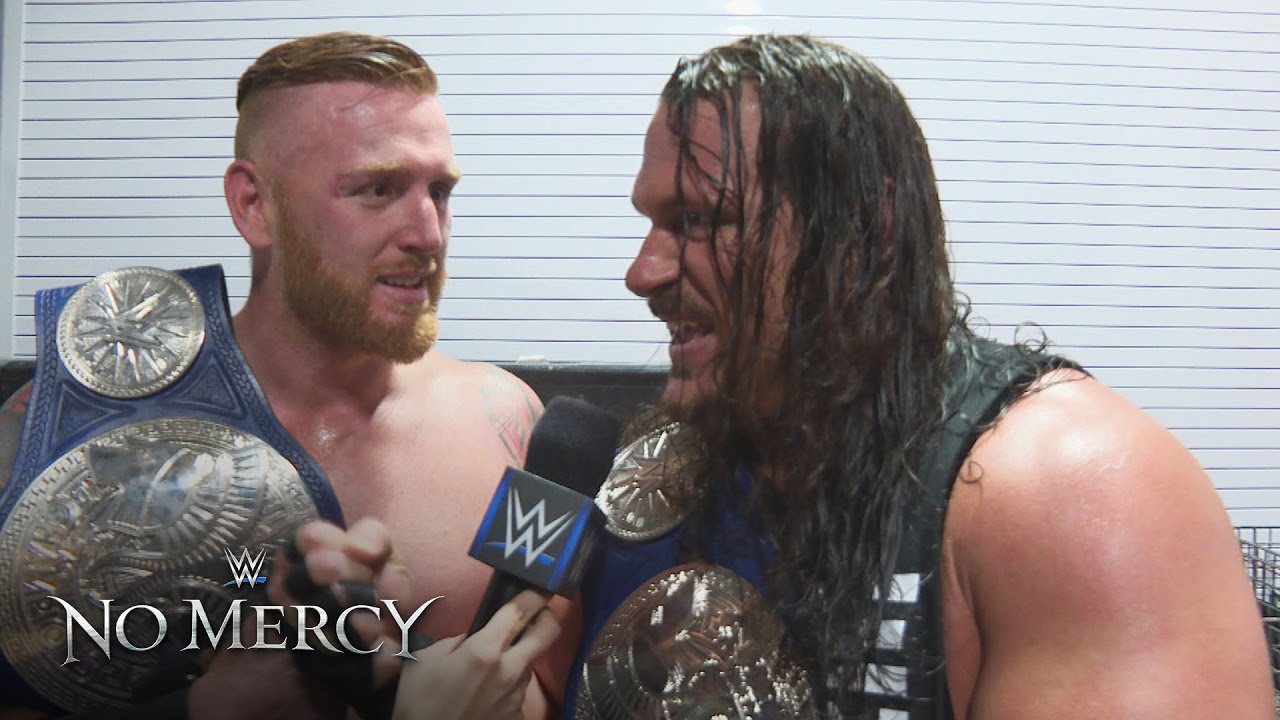 I went into this match fully expecting The Usos to dominate and come out on top in short order. It just seemed to me that the Cinderella story was over for Rhyno and Heath. That isn’t what happened though. Rhyno gored both Usos on route to retaining the tag titles. I think it made sense in this situation to not do a title change, but The Usos have been red-hot so I’m on the fence about it.

The tag-team picture is generally pretty cloudy at the moment with every team pretty much on the same level. I’m unsure as to what the next step may be. I sense that Rhyno may just turn on Heath eventually considering Rhyno continues to be the one winning the matches. I wouldn’t be opposed to that as a feud between those two could be a deeply personal one that could further legitimize the status of Slater. 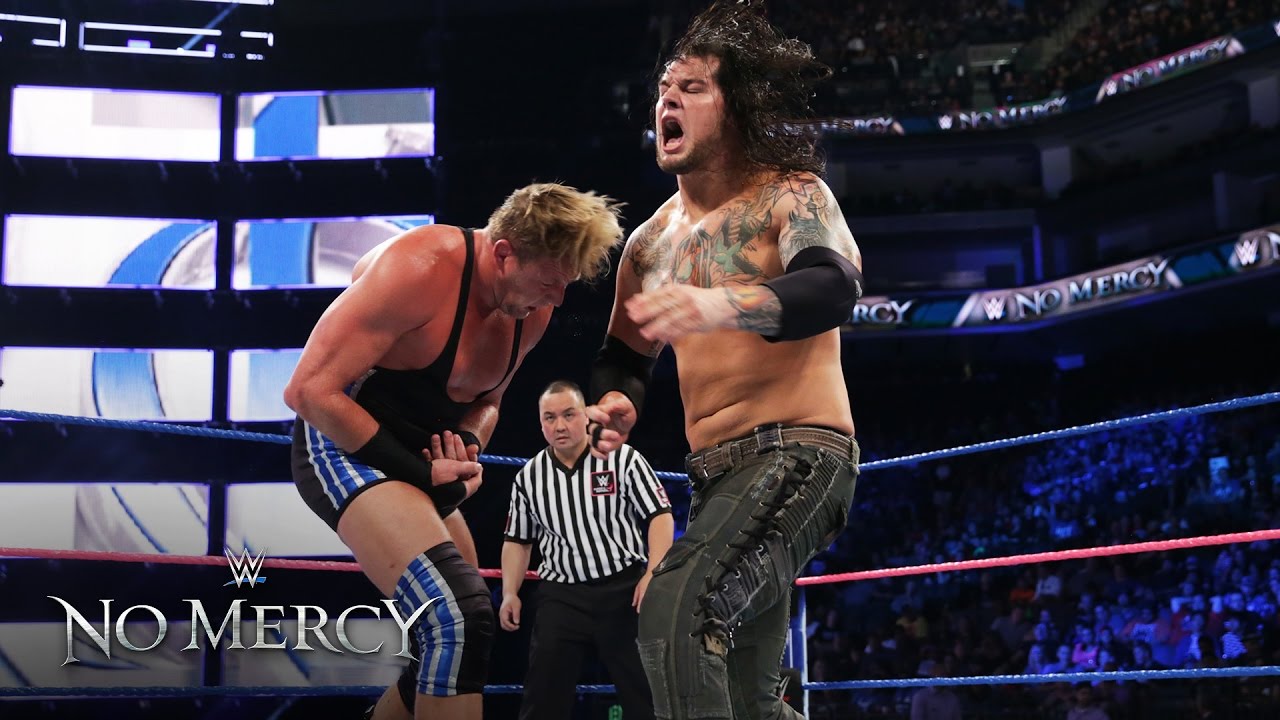 Baron Corbin is owning his character at the moment, not that he hasn’t always. Corbin had a very impressive showing against Jack Swagger and got the win. There’s a certain presence about Corbin that is very unique. He’s a natural heel and does so many little things well to get under the skin of everyone watching and gain the upper-hand on his opponent. My guess is that this feud is far from over, but Baron is quickly making a case to be destined for greater things. I’d love to see him challenge for the Intercontinental Championship sometime after the conclusion of this feud. 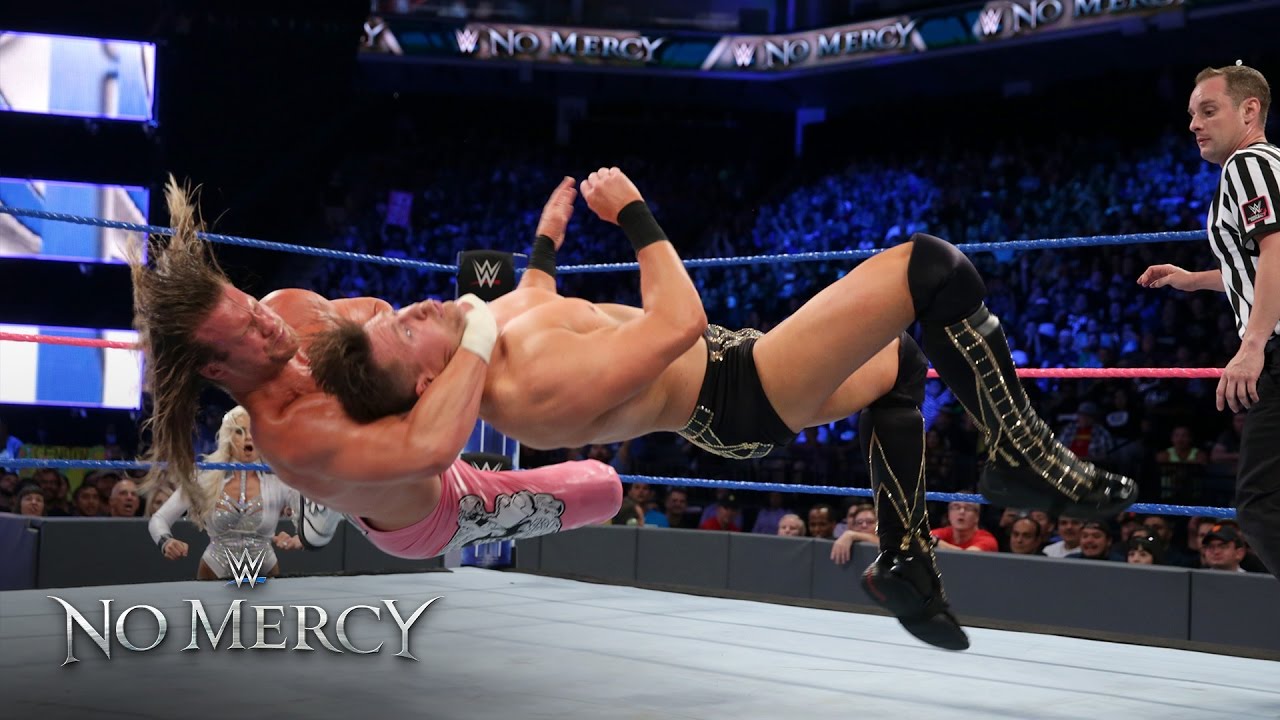 I’ll come right out and say that this match is easily a match of the year candidate. These two men did something that is rare at a mid-card level. They told a story. Not only did they tell a story, but they told a believable story. This was the culmination of years where Dolph was just on the cusp of greatness only for it to slip away while The Miz stole the spotlight. These two men stole the show on Sunday night.

I’ll give all the credit in the world to The Miz. If you don’t think this guy is a star by this point in time then you haven’t been watching. He’s been one of the best heels in the entire WWE. He pulled out every dirty trick in the book at No Mercy and Dolph still managed to win the Intercontinental Championship. These are the types of stories that are rare in WWE and ones that stand the test of time. It was certainly a memorable moment.

I’m glad that Dolph didn’t actually lose this match. I feel like he has a lot of gas left in the tank and he can definitely help elevate one of the younger guys when the time comes to drop the title. 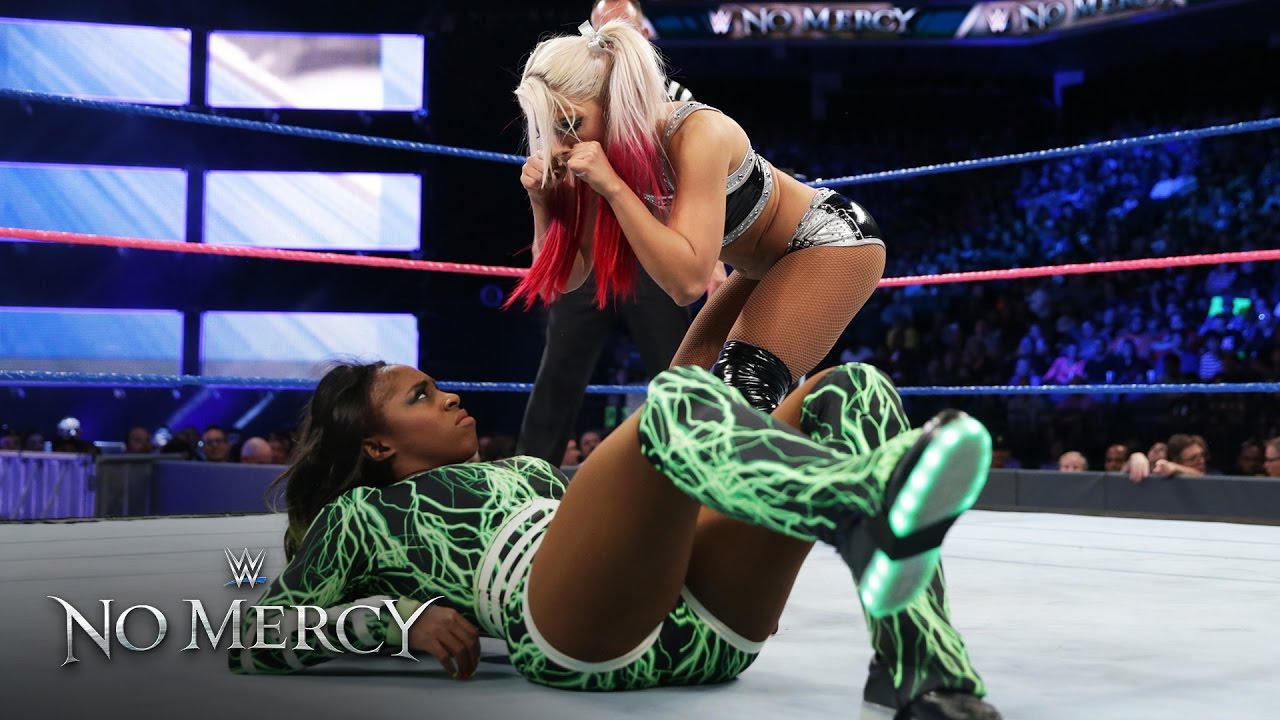 This match was really nothing all that special in my eyes, but it was necessary considering the injury to Becky Lynch and her inability to compete. This match did serve a good purpose of putting Naomi into the SmackDown Women’s Championship picture though. The good thing is that the loss didn’t really harm Alexa and it sets up a good three-way struggle for the title when Becky is healthy. It’s a smart contingency plan. 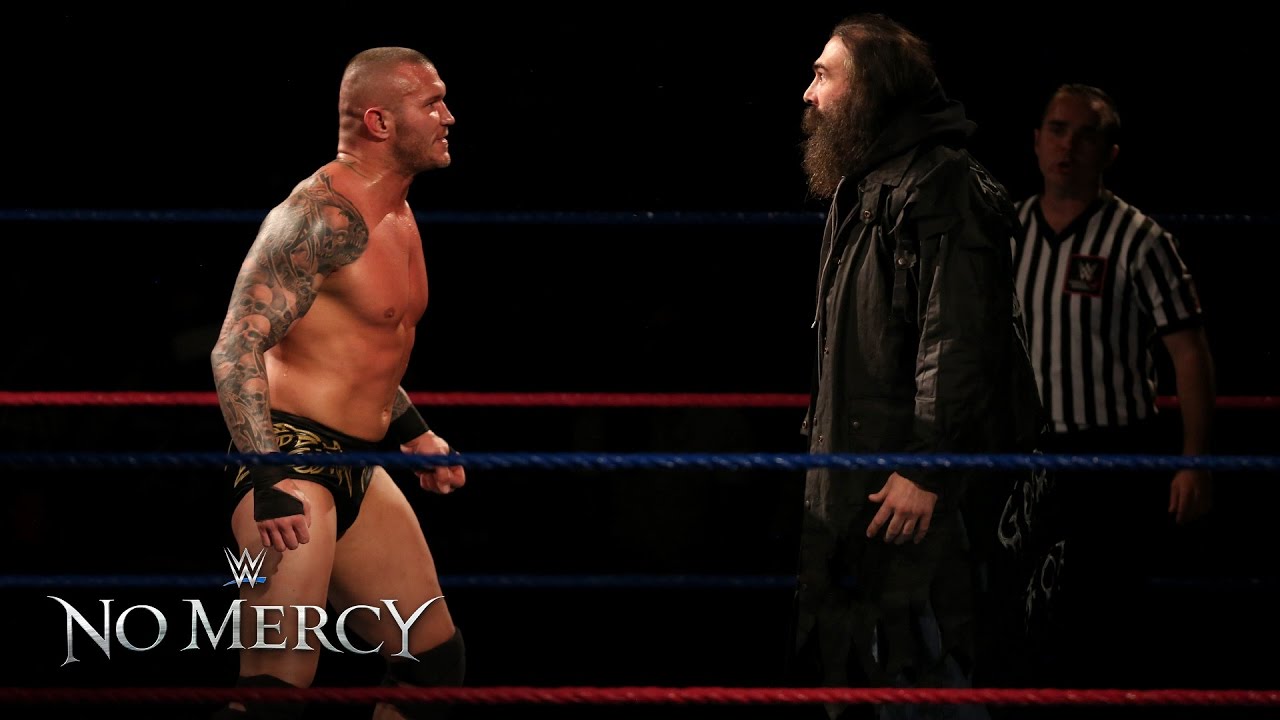 This match did a great service to Bray Wyatt and the returning Luke Harper. It established those two as legitimate threats on SmackDown after becoming a bit stagnant over the last year. Giving these two the supernatural feel again has brought back the same mystique that these men has when they first debuted.

I don’t know that I would have ended with this match if it were my decision, but the return of Harper certainly was a buzz-worthy way to end the show.

I enjoyed No Mercy 2016, even if the card lineup was a little unorthodox. It was a shame that Becky Lynch didn’t get to defend her title, but the other two title matches certainly lived up to the hype! The undercard was a bit weak, but it was still a good show that had a lot of memorable moments.