Sanity made their debut on the latest episode of NXT (10/12/2016). Find out what we thought of the new faction and more inside! 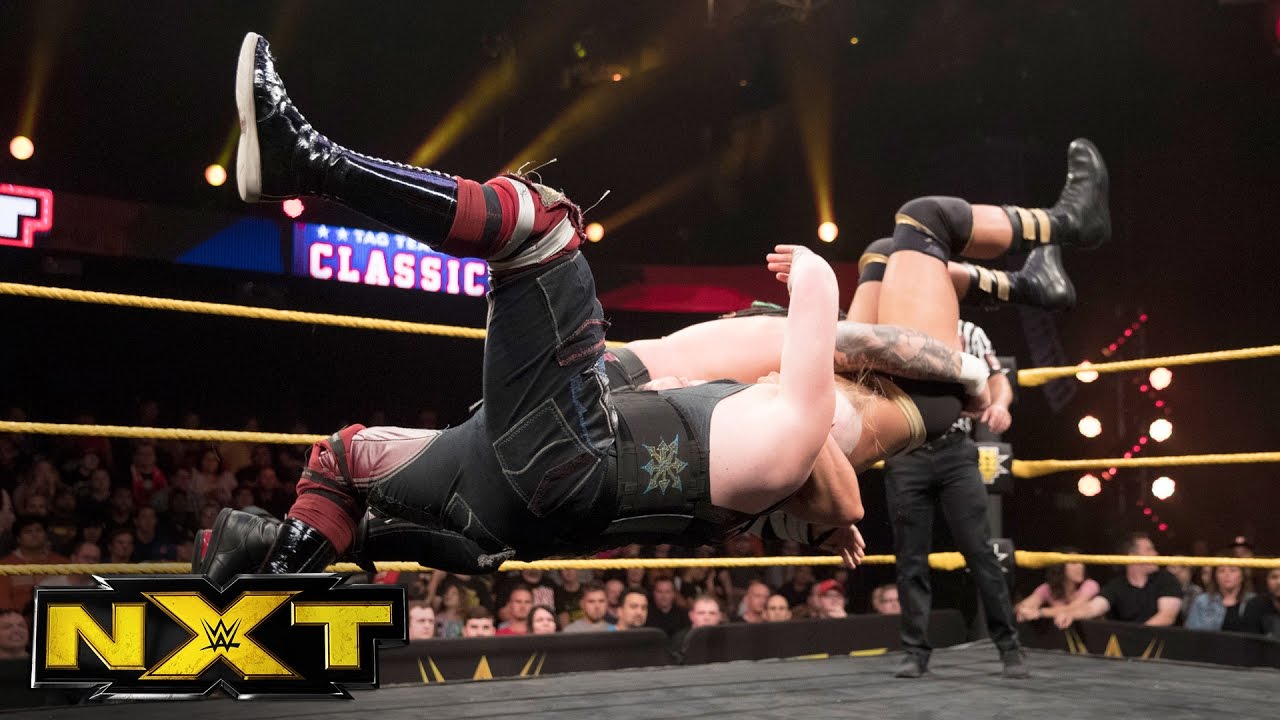 NXT started off with a bang with the debut of the mysterious Sanity faction. This group definitely has cool aura to them right from the get go. The music and whole entrance itself was very dark and unique. The members didn’t even have to do anything special, just walking out did it all for them. It helped not revealing their faces right away too.

The group consists of Sawyer Fulton, Alexander Wolfe, Eric Young, and Nikki Cross. They made a dominant debut attacking Tye Dillinger and leaving him in laying in the middle of the ring. Bobby Roode was supposed to be a part of that match, but bailed on Tye. Sanity advances in the Dusty Rhodes Tag-Team Classic and have to be the odds on favourite to win the whole thing. I could definitely see The Authors of Pain vs. Sanity in the finals.

We don’t know much about this group, but I’m really glad they included a woman to add a different dynamic to the faction. Factions are always at their best when they can dominate the whole brand, not just the male portion. I’m excited to see something completely different here, it’s been quite a while since we saw a brand new group with this much hype. I’m interested to see what they have to say, if anything. They’ll face either Ibushi/Perkins or Dorado/Ali in the next round.

I like what this feud represents. Liv is portrayed as the perennial underdog no matter who she steps in the ring with. Peyton Royce and Billie Kay have been a thorn in her side lately basically belittling her and what she can do in the ring. It’s a bit of a bullying angle, but it’s really effective in getting a face over. The face takes so much abuse and finally pulls out the big win after being screwed over multiple times. It, in essence, the same feud we’ve seen with Dolph Ziggler and The Miz which has had great results.

If this feud works properly, it will get all three ladies over way more than they ever have been. People are really starting to get behind Liv while simultaneously hating Billie and Peyton. I think these three ladies work really well together and I would love to see Liv find a partner to battle these two at Takeover: Toronto. I just can’t think of who would fit that role right now.

He said he was the best, spoke in Spanish, and walked off. After attacking Cedric Alexander last week, less is more for Almas. He doesn’t owe anyone an explanation right now. Being a heel will be the best thing that ever happened to him. 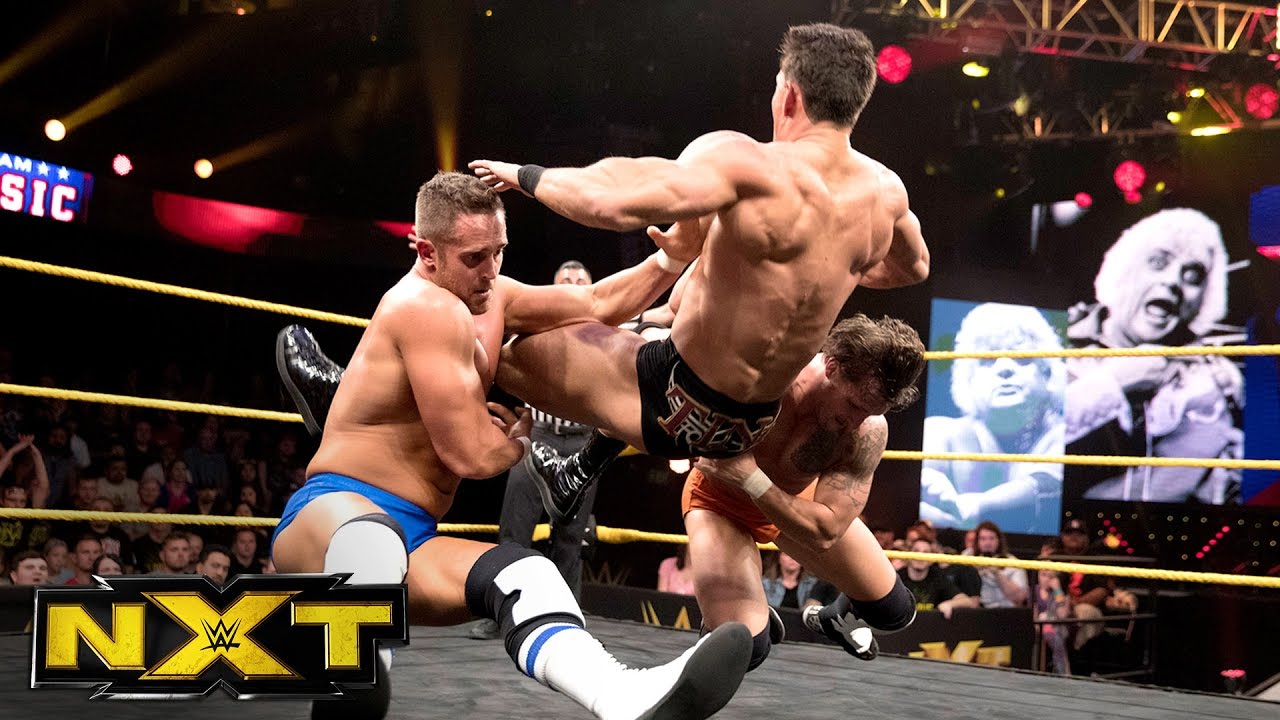 These guys had a pretty good match considering the circumstances. TM61 have only been featured sporadically lately, which has been a shame. I feel like TM61 is a victim of the many tag-teams that have flooded NXT lately. They haven’t exactly had a bad time or anything, but don’t seem to be featured as much. 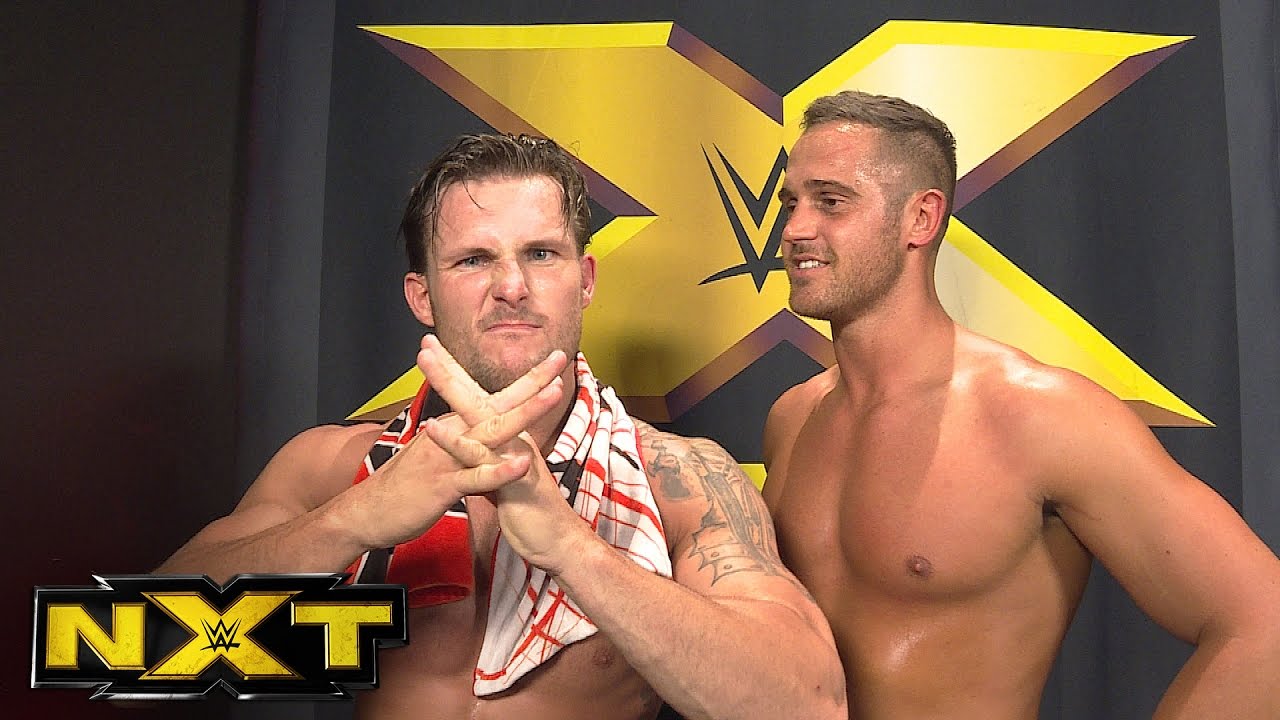 Thorne and Miller did get the victory in this one as expected, but it was great to see a couple up and coming stars in Moss and Sabbatelli. I like how NXT gets some of their future stars TV time in this tournament while pitting them with some good veterans like TM61. These matches give everyone a taste of what’s to come and help these guys get some exposure on TV for when they’re ready for some main programs. 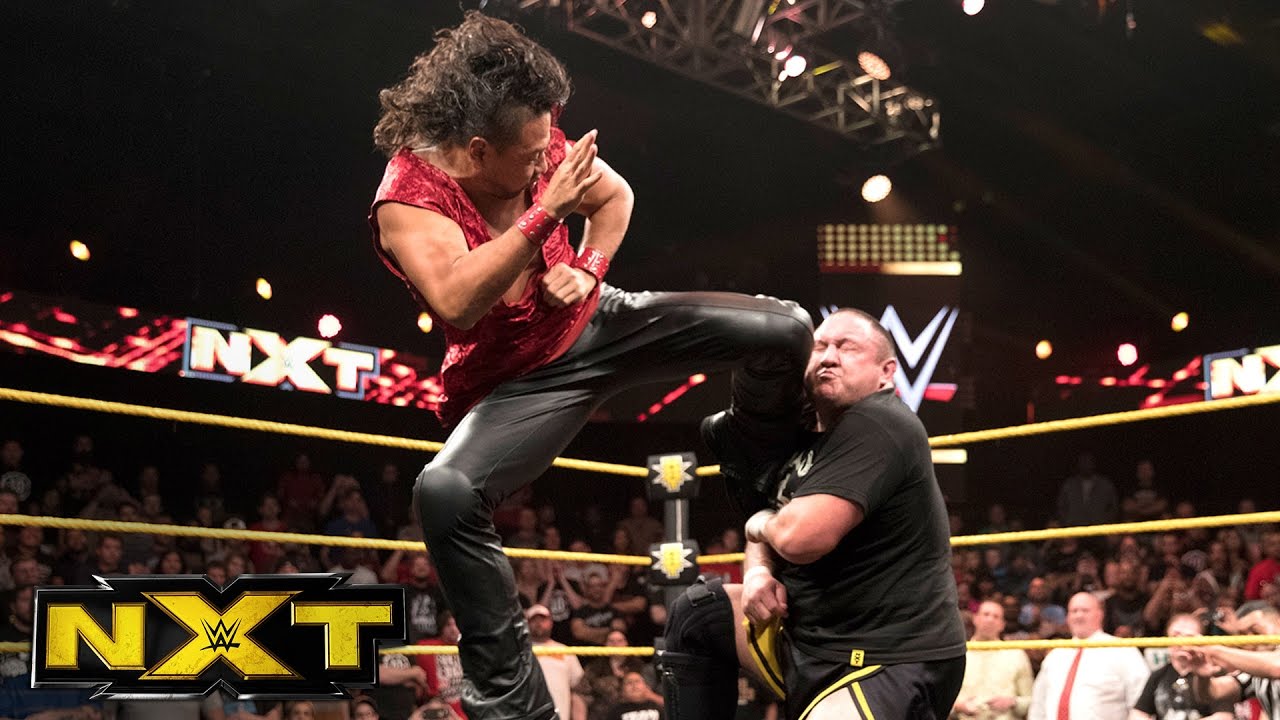 This feud has been amazing for many reasons, but most of all because it has become deeply personal. You can see the hatred on Joe’s face. You can’t teach that kind of emotion. Joe has been extremely underrated in NXT and that’s a shame. He’s done some seriously good work for the brand and when he gets the call to the main roster, he will be sorely missed.

Joe attacked Blake and Murphy who were having a match (those guys are ridiculous) and he was about to hold NXT hostage unless he got Nakamura or the title. He got Nakamura who came out sporting a neck brace only to take it off moments later revealing he is healed. The two men battled in the ring with security trying to break them up. Nakamura got the upper-hand with a Kinshasa as the show ended.

With a little more than a month until Takeover: Toronto, I’m sure we’re in for more brutality between these two. It’s been fun to watch the dynamic between the brawling Joe and the strong style of Nakamura. These two have great chemistry overall and it’ll be fun to watch this one play out.

NXT continues to pack a lot into an hour. I maintain that I would love to see a second hour of TV added every week. There is more than enough talent to take care of another hour and I’m sure that things would remain exactly as they are with a bit more content.