This week on Raw (10/10/2016), Paul Heyman calls out Goldberg while Sasha Banks and Charlotte are announced for the first women’s Hell in a Cell Match! 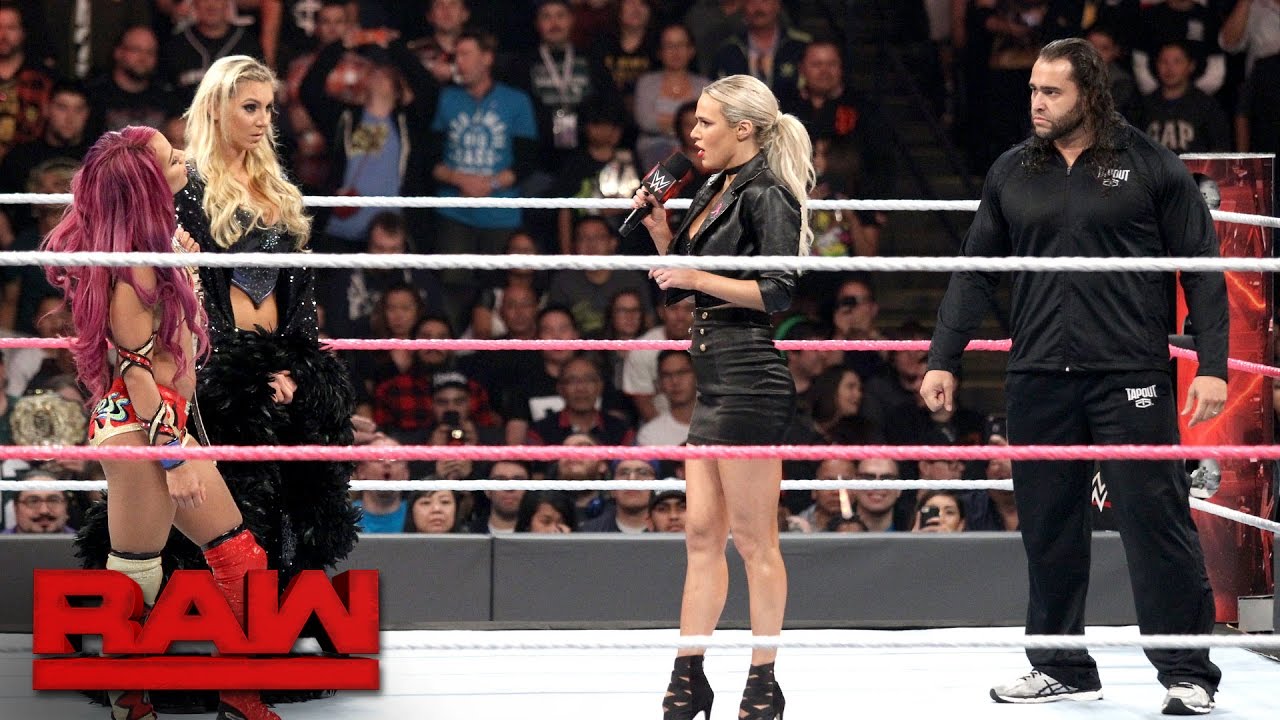 I give a lot of credit to the Raw brand for treating women as equals to the male Superstars. On Raw, Charlotte and Sasha were arguably more important than Rusev and Roman Reigns in the opening segment. It is rare to see something like that. I certainly don’t recall many moments like that that didn’t involve Lita or Trish. They ended up battling in a Mixed Tag Match which Sasha and Reigns won.

These two ladies are going to face-off in the first-ever women’s Hell in a Cell match in a few weeks. That is a tall task for anyone, let alone being the first females to do so. These two women deserve to be the pioneers, though. They’ve had an incredibly long, personal feud and Hell in a Cell is the perfect end to that. I expect that these two will try to steal the show. I can’t wait to see what they have in store with such a special match.

Sasha and Charlotte have shown everyone that the women are every bit as valuable as the men. I think if Raw continues to utilize their women the way that they have been that their Women’s Division will quickly become one of the most important parts of the show. That’s how it should have always been. 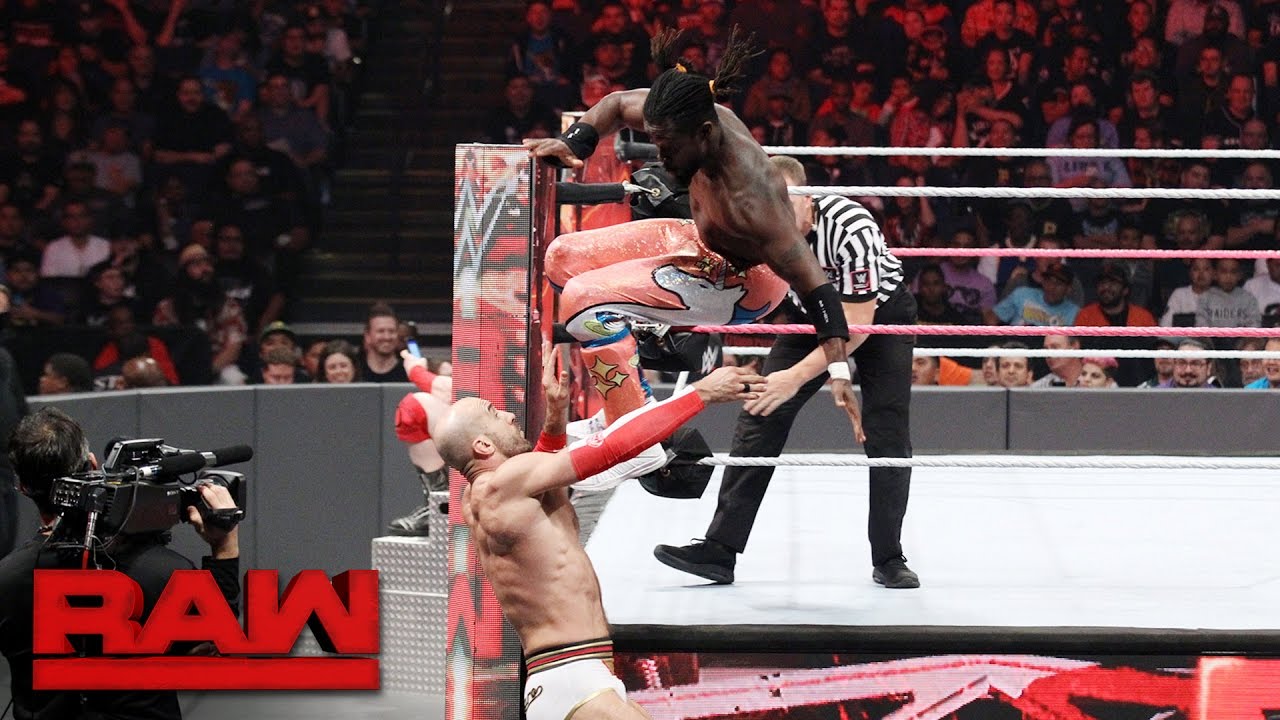 I can tell that these two have no idea what to do most of the time. A tag-team for two people with nothing else going on seems logical to a point, but this one hasn’t been all that entertaining. The arguing is funny for a second or two and then it’s just annoying. I think the problem is that I know how great both of these guys can be and they’re kind of sailing without a direction at the moment.

I think Sheamus or Cesaro would benefit greatly from a move to SmackDown. These two guys would be less likely to get lost in the shuffle over there. Hopefully that is the end-game to all of this. 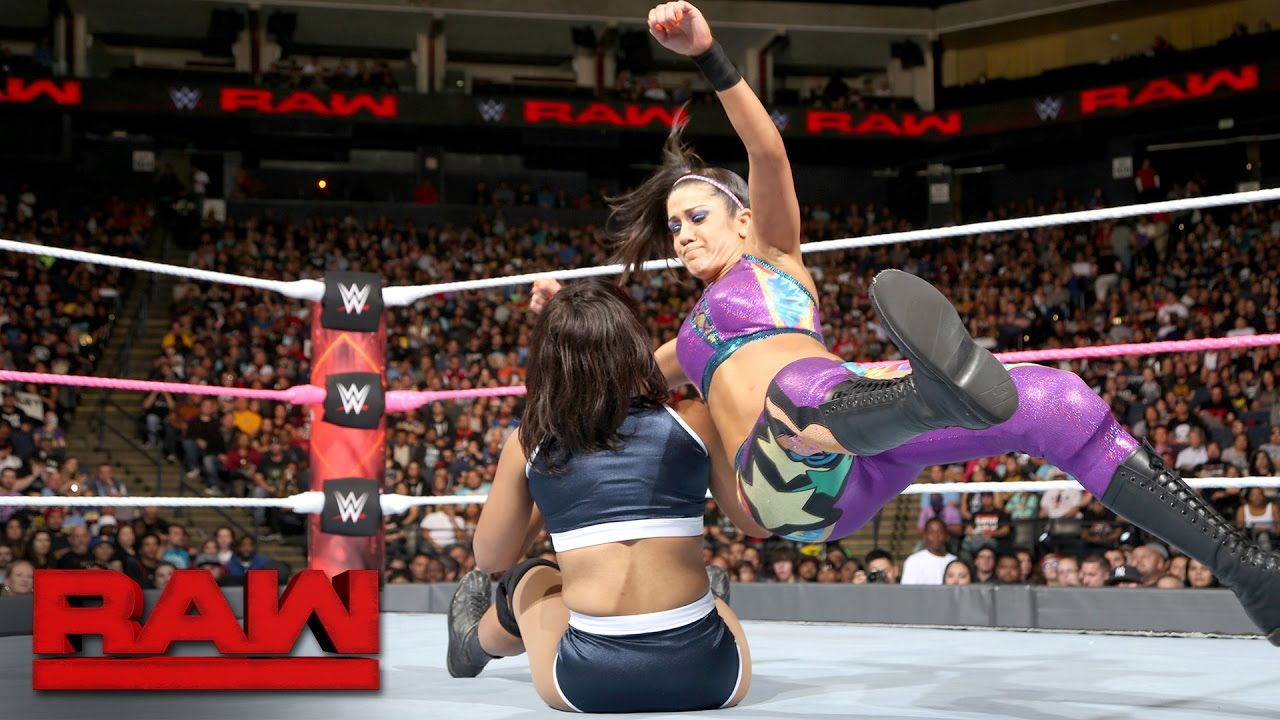 I like the feud that’s going on between Dana and Bayley. This is a feud that happened fairly organically as a spin-off to the feud between Sasha and Charlotte. I think Bayley could really help Dana get to the next level and that’s likely the thought process here. It works well for both girls. It keeps Bayley away from the title picture for a little while longer and it gives Dana her first legitimate feud on the main roster. Smart booking. 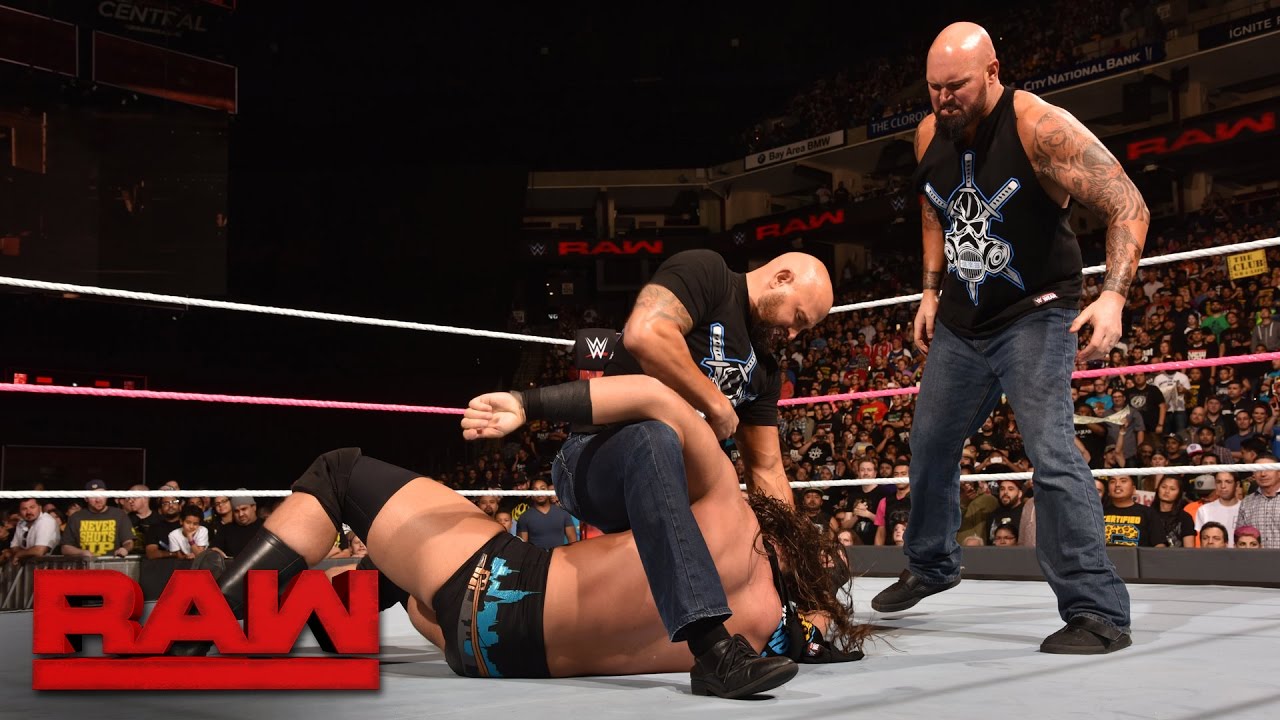 Karl Anderson and Luke Gallows continued to make a statement on Raw by attacking the “Realest Guys in the Room”. Maybe the little reset for Luke and Karl was a good thing? These two men have been a force and it looks like they’ll be coming back for those tag-team titles before too long. I’m glad they aren’t getting lost in the shuffle.

I think this could also benefit Enzo and Cass who were floating around for a little while like many others on the Raw brand. This is an opportunity for these two to show that they’re more than pre-match promos. These two were a championship caliber team in NXT and we have yet to see that fire from them since their call-up. 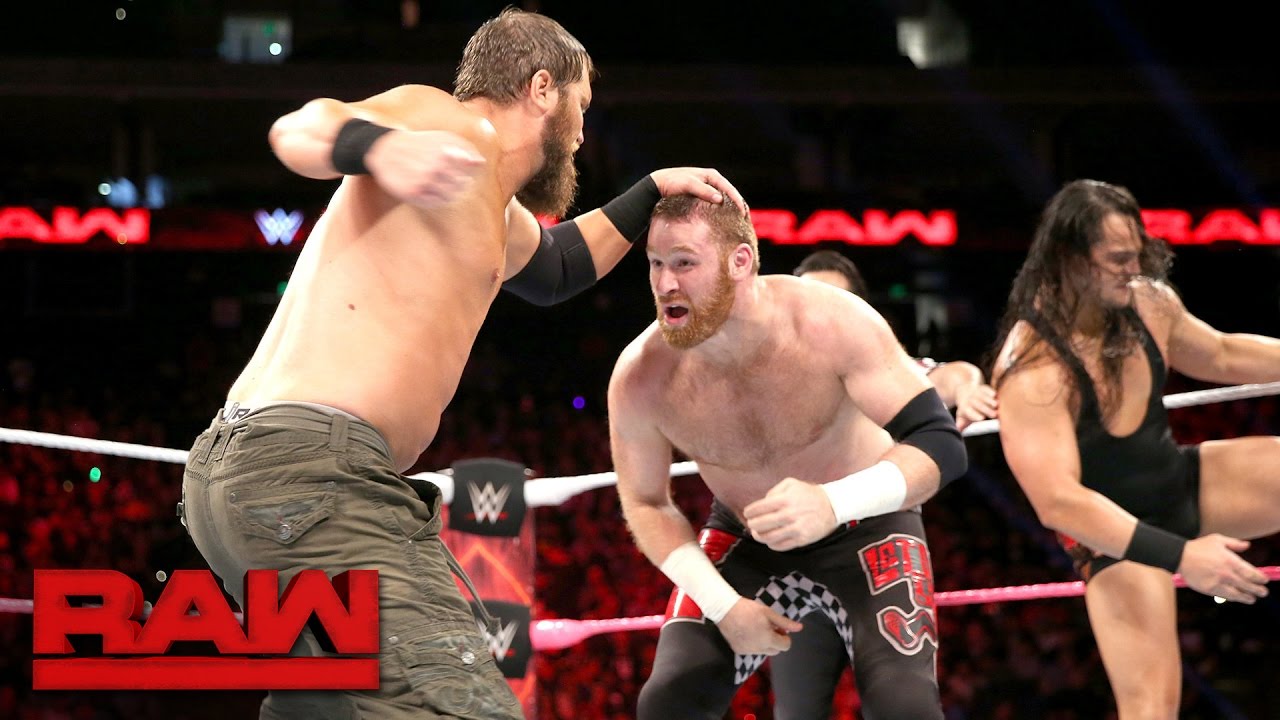 Are The Social Outcasts still a team? Somehow Curtis Axel and Bo Dallas end up teaming every few weeks even after Bo reverted to his Bo-lieve gimmick. I find it hard to believe that Bo can be dominant against Jobbers for a couple weeks and then be in a throw away tag-team match in which his team loses. Now, Bo actually did get in a lot of offense and Axel did take the pinfall, but still. Unless this leads to a feud between Axel and Bo, I just don’t see the point. 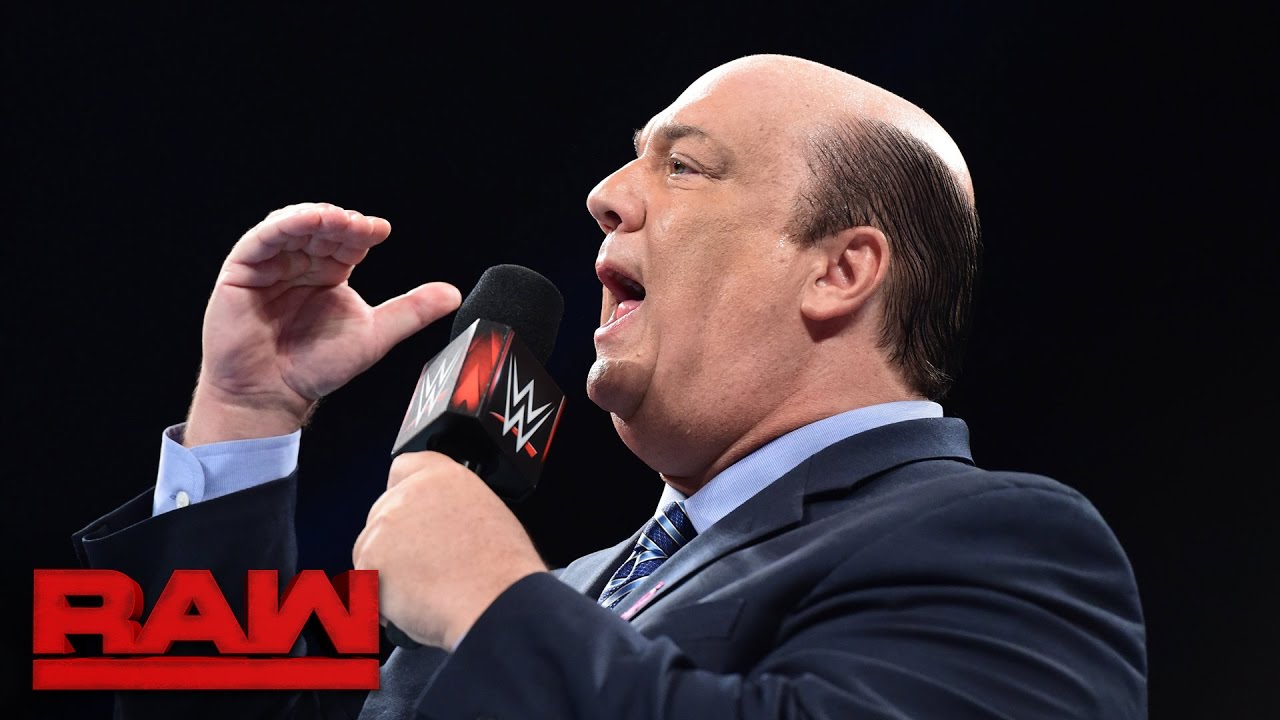 Paul Heyman laid out a challenge to Bill Goldberg after his comments on ESPN. Paul is so good at what he does that you can’t help but hang on every word. He really put over Goldberg and emphasized that “what if for one more night?” part. Heyman truly gave this a big fight feel.

I have my reservations about another Goldberg/Lesnar match. If some of you don’t recall, their first match wasn’t all that spectacular and both men wrestle a similar style. Who takes the loss here? I doubt Goldberg would make a return only to lose and it wouldn’t make sense for Lesnar to lose and be down 0-2 in their series of matches. I am intrigued by the possibilities of this match-up, but there are seemingly some hurdles that will have to be overcome.

Goldberg will be on Raw next week for the first time in 12 years to answer Heyman’s challenge. I think I’m more excited about the build to the match than the actual match. 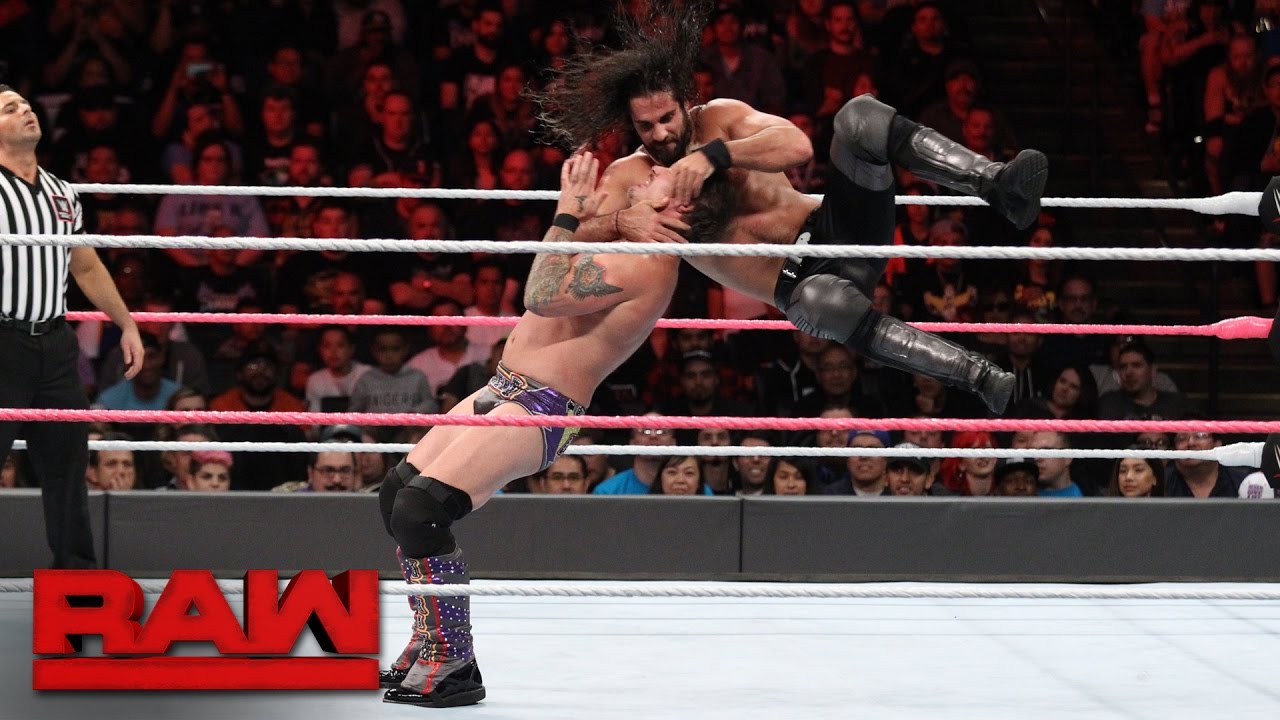 Chris Jericho really may be the best in the world at what he does. He’s been genius as of late and has complemented Kevin Owens so well. The same can be said of Seth Rollins who is in high gear right now. The main event scene is pretty intriguing right now ahead of Hell in a Cell. 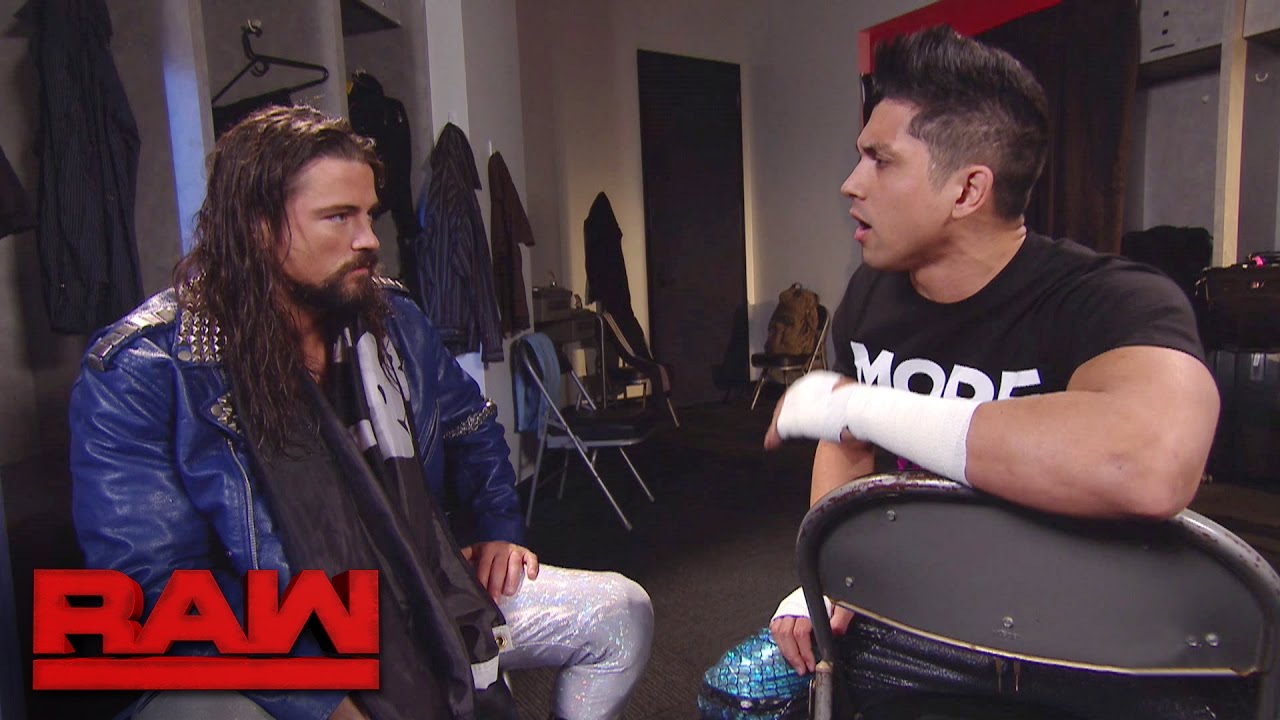 The feud between TJ Perkins and Brian Kendrick reached a personal level with Perkins talking about an old road story between the two. TJP still has some room to grow as far as promos are concerned, but I’ve been enjoying how this is developing. The Cruiserweight Division as a whole has been a welcome bonus to Monday Night Raw.

The Titus Brand is off to a great start…ok, a great losing streak.

Emmalina is still coming…maybe Santina can make a return too?

It was a so-so week on Raw. I feel like it was a fairly mediocre show. Thins will surely heat up next week though with the return of Goldberg!