This week on Raw (10/3/2016), The Boss reclaims her championship, Brian Kendrick beats the champ, and Rollins makes a statement! 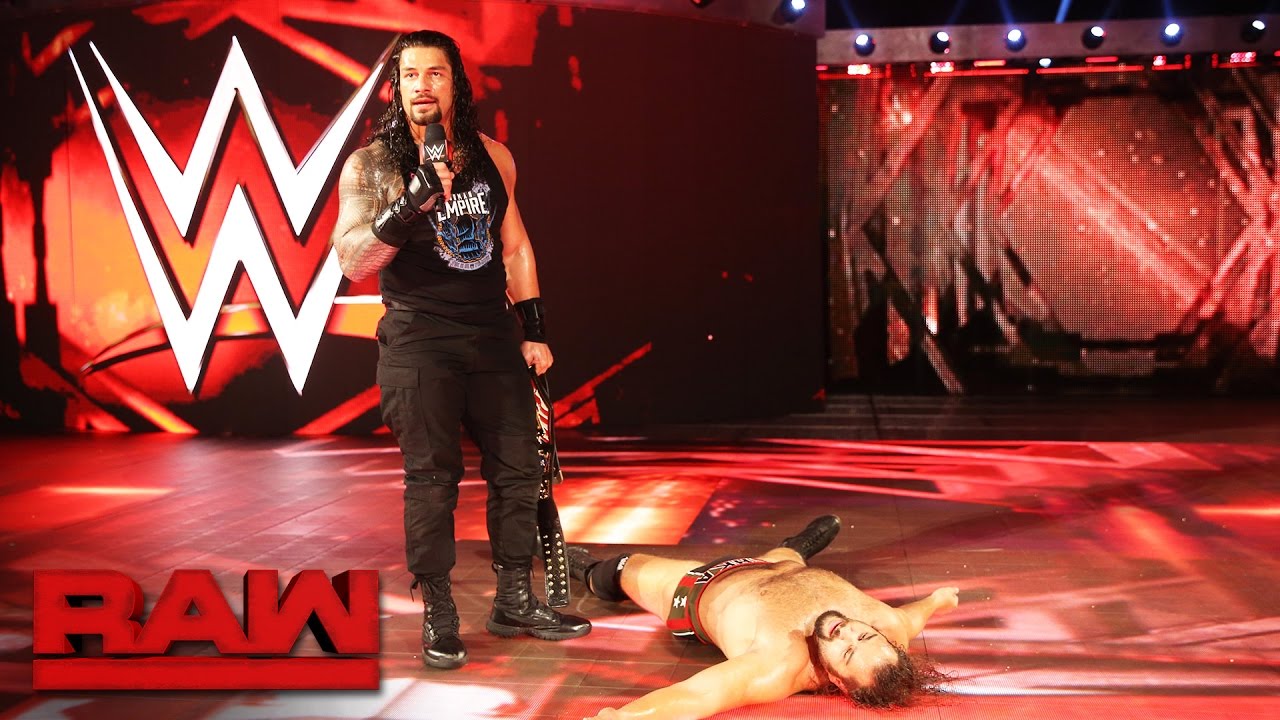 I think this is the first time I’ve written about Lana, but it’s hard not to. She’s becoming such an important piece of Rusev’s character. It’s rare for the manager to outshine the person they’re managing, but Lana has done that week in and week out. That’s quite an accomplishment considering how great Rusev has been in the last few months.

This week, Lana verbally sparred with Roman Reigns and held her own while doing it. The fact that she has to hold up that Russian accent while doing so is quite impressive. Lana adds a personal element to this feud. I don’t particularly care about this feud a whole lot, but it is getting better each week the deeper it goes. I think it has really elevated the United States Championship and made it prestigious again.

Rusev will challenge Roman Reigns inside Hell in a Cell in 4 weeks for the US Championship and that should put this feud to rest. I would hope that Rusev gets an opportunity to challenge for the Universal Championship next. He’s done pretty much everything else. I think it could be another big step forward for both Rusev and Lana. I’m slightly concerned that they could fall into the territory that Sami Zayn found himself in for a little while. There’s only so many titles and so much TV time.

Let’s hope that there’s something meaningful around the corner for The Bulgarian Brute. 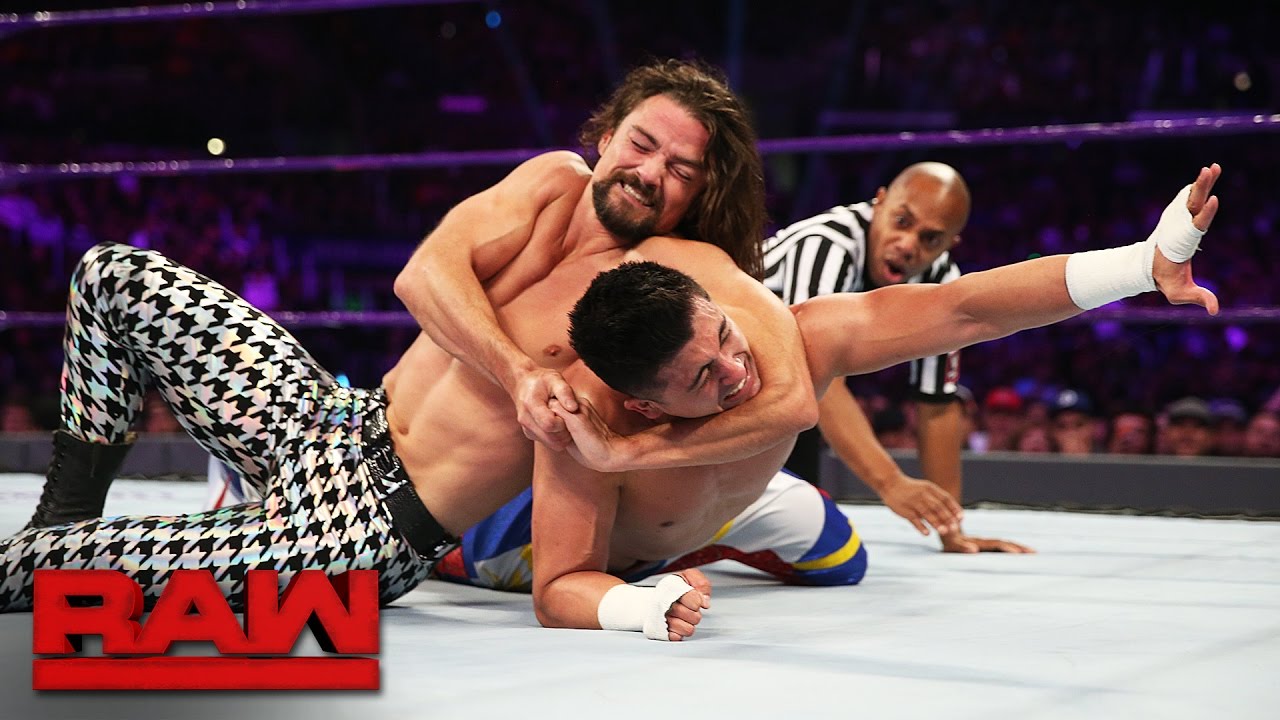 Brian Kendrick is a different man in the twilight of his career. It was a brilliant move by WWE to bring him back to be the veteran in the Cruiserweight Division. He’s done a great job as the challenger to TJ Perkins. Kendrick is a natural heel and thinks outside the box with everything he does. His technical skills have only improved with age and he hasn’t given us a bad match yet.

One particular moment that really stood out to me in his win over TJ Perkins last night was a spot in the corner. Kendrick wedged TJ’s fingers into the rope tie and bent his hand backwards. I’ve never seen something like that before. Kendrick picked up the victory a little later with the Captain’s Hook.

Putting the Cruiserweight Championship on Kendrick at Hell in a Cell could be the best move for the Cruiserweight Division. Brian has a lot of knowledge to teach these young competitors. It’s not just about what he does in the ring, though. It’s the way that Kendrick carries himself prior to a match and in interviews. He lives his character and that’s the biggest thing that newcomers have to learn how to do.

Brian Kendrick is the perfect mentor to the other Cruiserweights. The personal rivalry between him and TJP is already making the Cruiserweight Division carry more weight than just good matches. That was one big worry that I had which is proving to be needless. 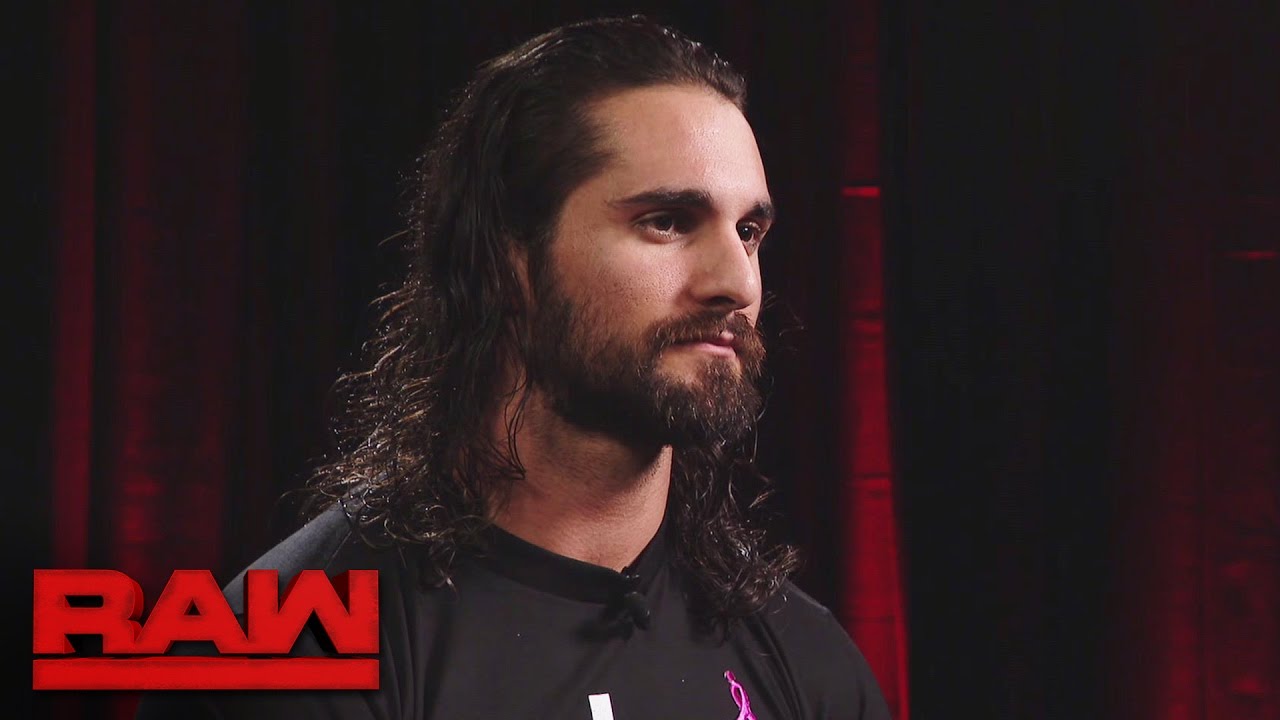 Seth Rollins reminds me a lot of The Rock. Now, before you go crazy, hear me out. Seth was just starting to become a major face star before he abruptly turned heel. The Rock went the same route. As you saw with The Rock, he went on to become a mega-star when he turned face again. I truly believe that Seth Rollins is on his way to becoming the biggest star in the company with this face turn.

Seth was interviewed by Michael Cole last night and talked about a variety of things. Notably to me, he talked about how he worked to obtain the Money in the Bank briefcase and cash it in while Owens was handed the title. He had a great amount of confidence the whole interview. Seth is always on his game and is one of the best stars WWE has. Being on his own has only upped his star-power.

I truly think that if Seth and Owen go to war in a big match (maybe Hell in a Cell), it could be a match of the year candidate. These two guys are on top of their game. It really speaks to the change in mentality of WWE when two ROH guys are battling on Raw while a former TNA star is on top on SmackDown. You can’t deny talent. 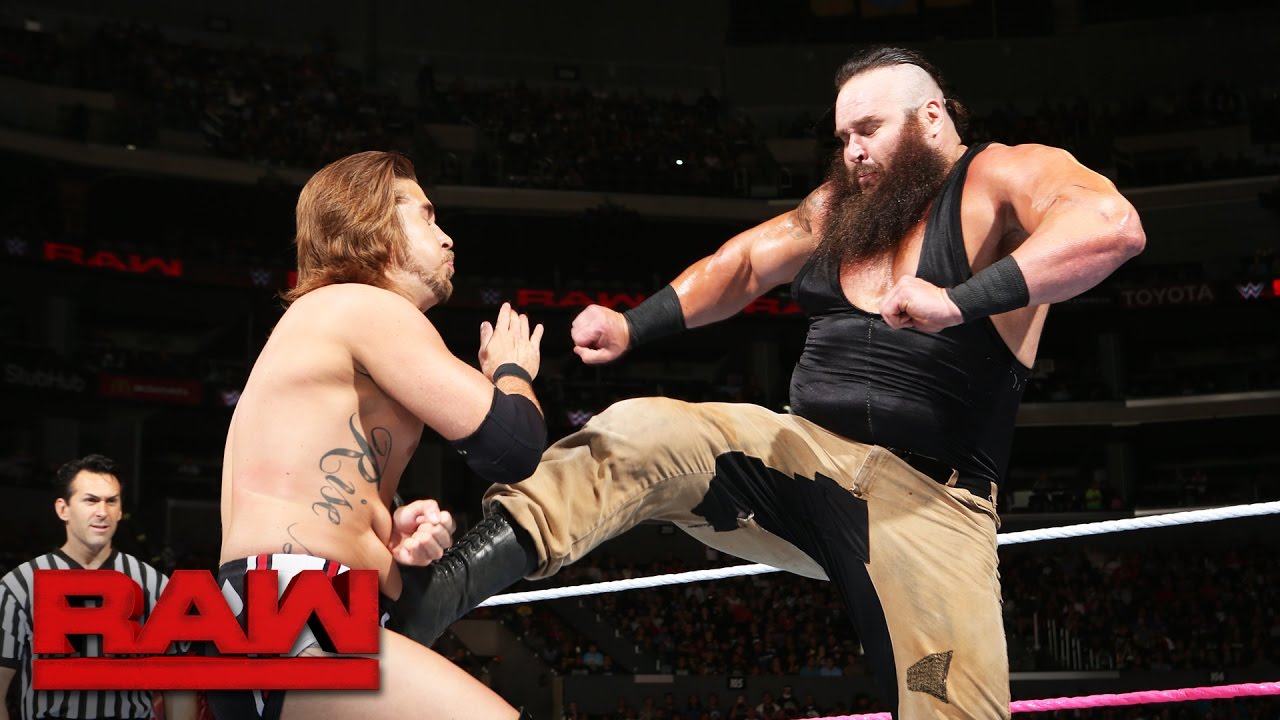 Braun Strowman picked apart Chase Silver on Raw. I’ve mentioned before that this can only go on so long and it looks like the end is near. Braun threatened Mick Foley to get him some real competition next week or else. The timing is right for Braun to start ripping through the main roster. He’s been built up well and now he’s going to get a legitimate chance to do something meaningful. 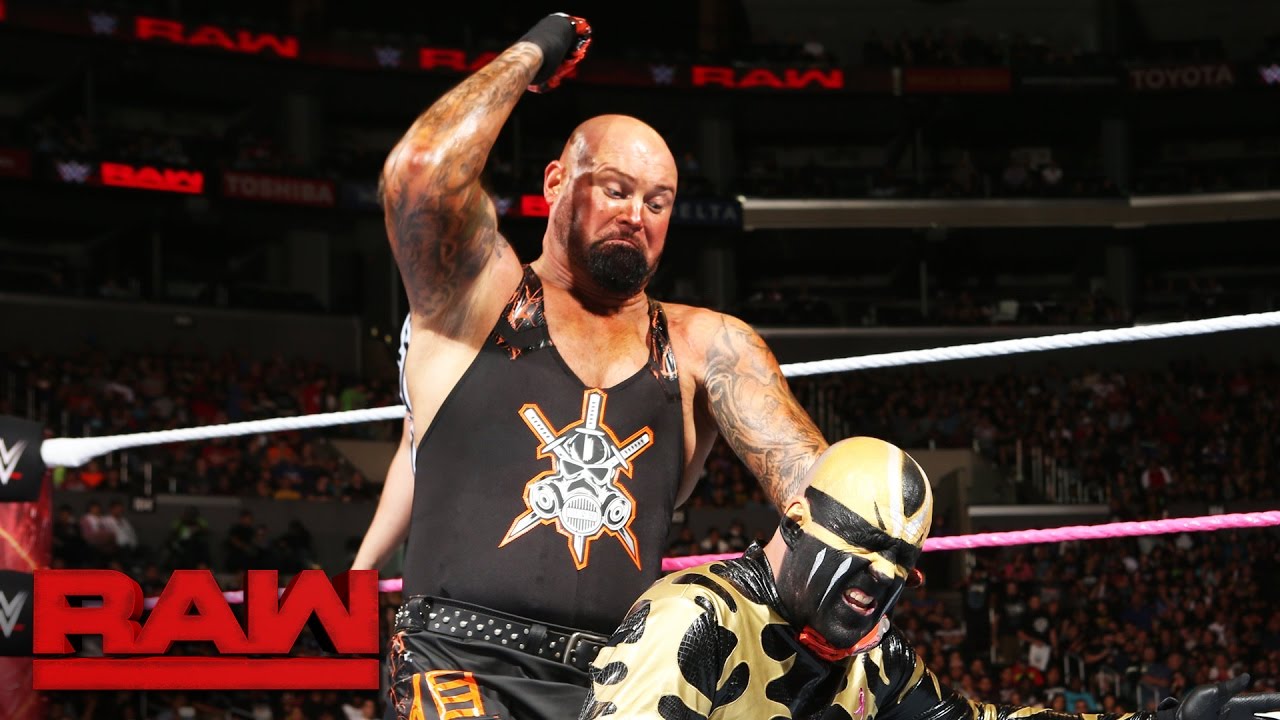 I’m utterly confused. Gallows and Anderson are starting their Raw Tag-Team Championship quest over again. I don’t really understand the logic behind this one. These two are being touted as one of the most dominant teams in WWE and yet, they were beaten by The New Day at every turn. It makes the whole last couple months relatively meaningless. I maintain that Gallows and Anderson should have won the titles at Clash of Champions.

Regardless of how strange it is to see these two start from the bottom again, at least they’re still looking like a strong team. It just feels really weird to see them challenging for the titles one week and fighting The Golden Truth the next. This is the major problem with The New Day holding the titles so long. The rest of the tag division on Raw has floundered and isn’t getting enough of an opportunity. It’s something that needs to change soon before it’s too late.

The women main-evented Raw last night and it was quite a sight to see. Women’s wrestling has come such a long way since only 4-5 years ago when they were relegated 2 minute matches. These two had another great match to add to their series. This has honestly been one of the biggest feuds that women’s wrestling has seen in quite some time. I’m not sure if this one’s over and I’m not sure if I want it to be. 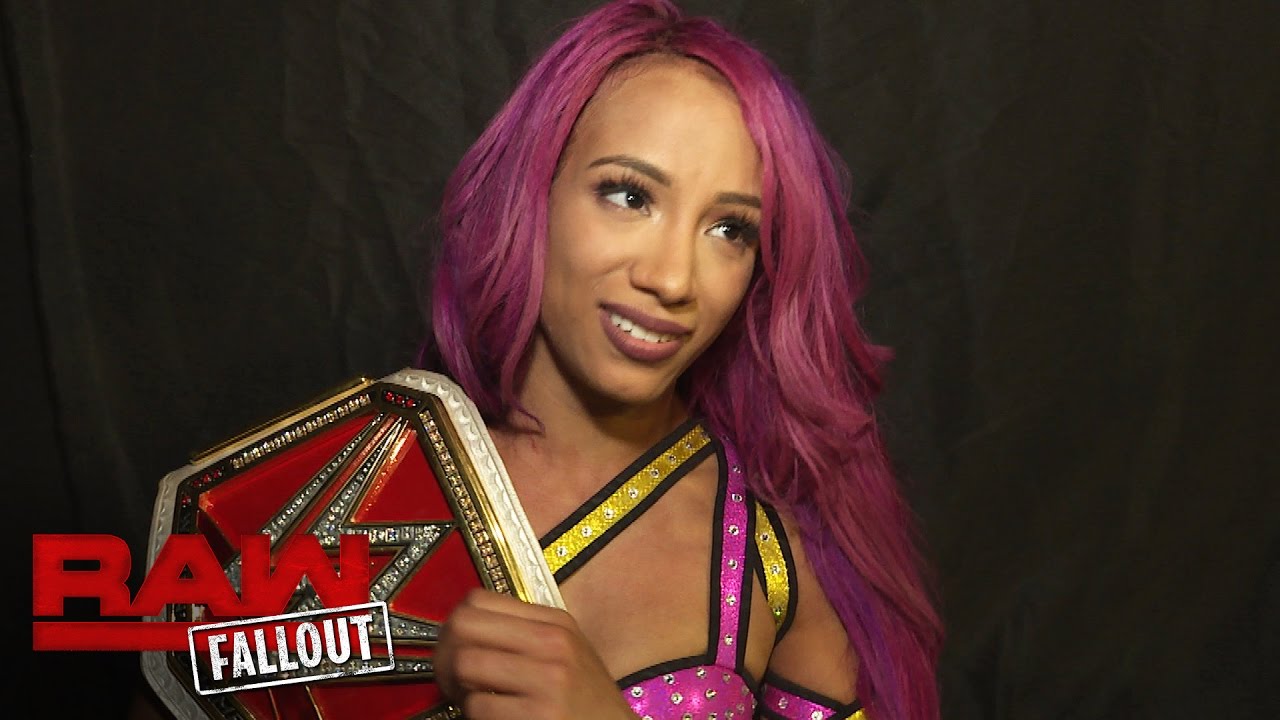 I really believe that had Sasha Banks not been banged up that she would have never lost the title in the first place. It just happened to be bad timing. The Boss regained her championship last night and I’m excited to see what’s next for her reign. Charlotte will certainly have a rematch, most likely at Hell in a Cell. Could we see our first women’s Hell in a Cell match? That’s some food for thought. 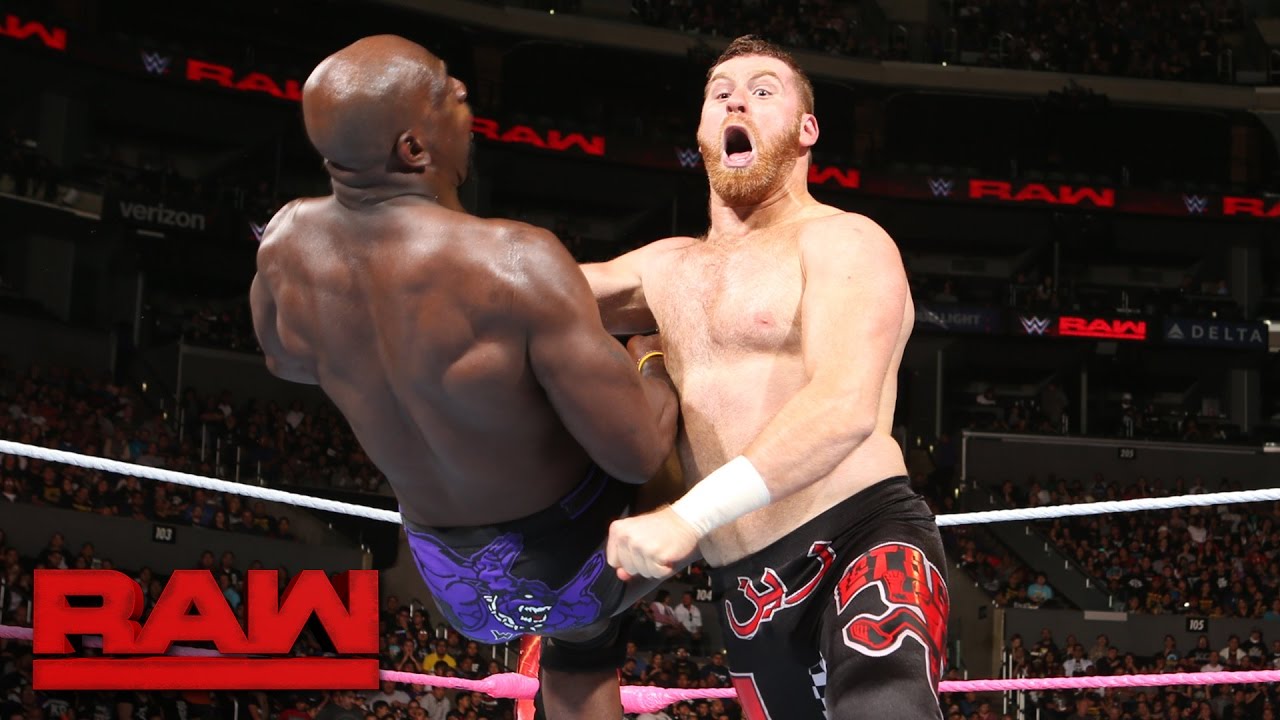 Titus O’Neil was built up with a good pre-taped segment before his match with Sami Zayn and then lost after a Helluva Kick. Why build someone up to knock them down right away? At least Zayn made a quick appearance. 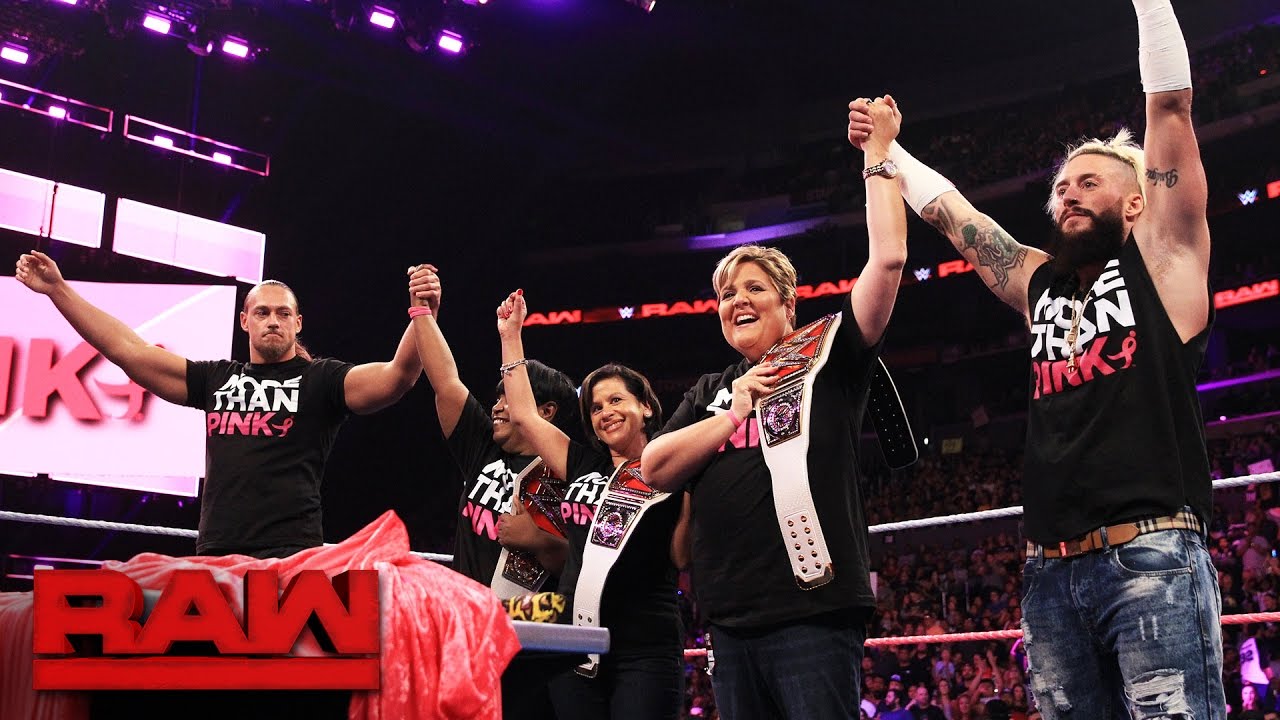 Why are Enzo and Cass being utilized for a simple Susan G. Komen segment? They’re one of the most over teams in WWE and they’re sitting on the sidelines. It’s becoming a trend with a lot of talent and it needs to be corrected. It used to be that WWE had many teams in the mix for titles at the same time, it should still be that way. 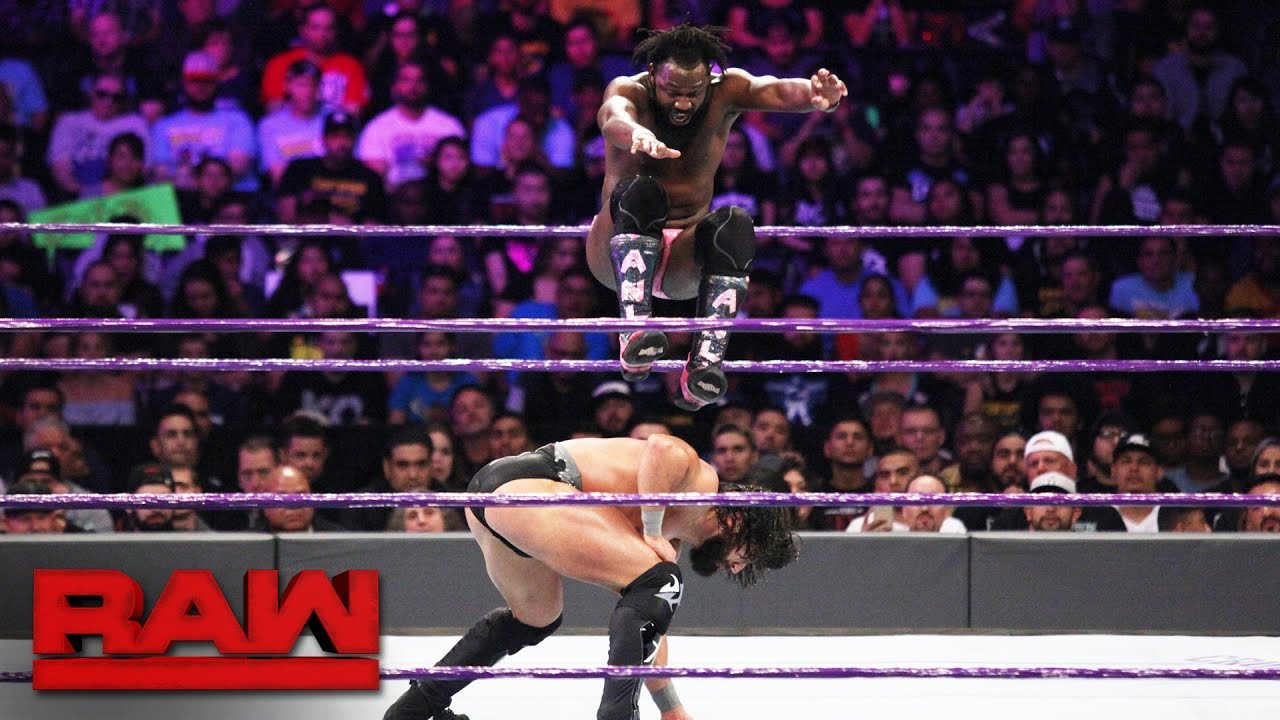 Tony Nese had another great showing this week. I can see him being a major player in the Cruiserweight Division and possibly more. 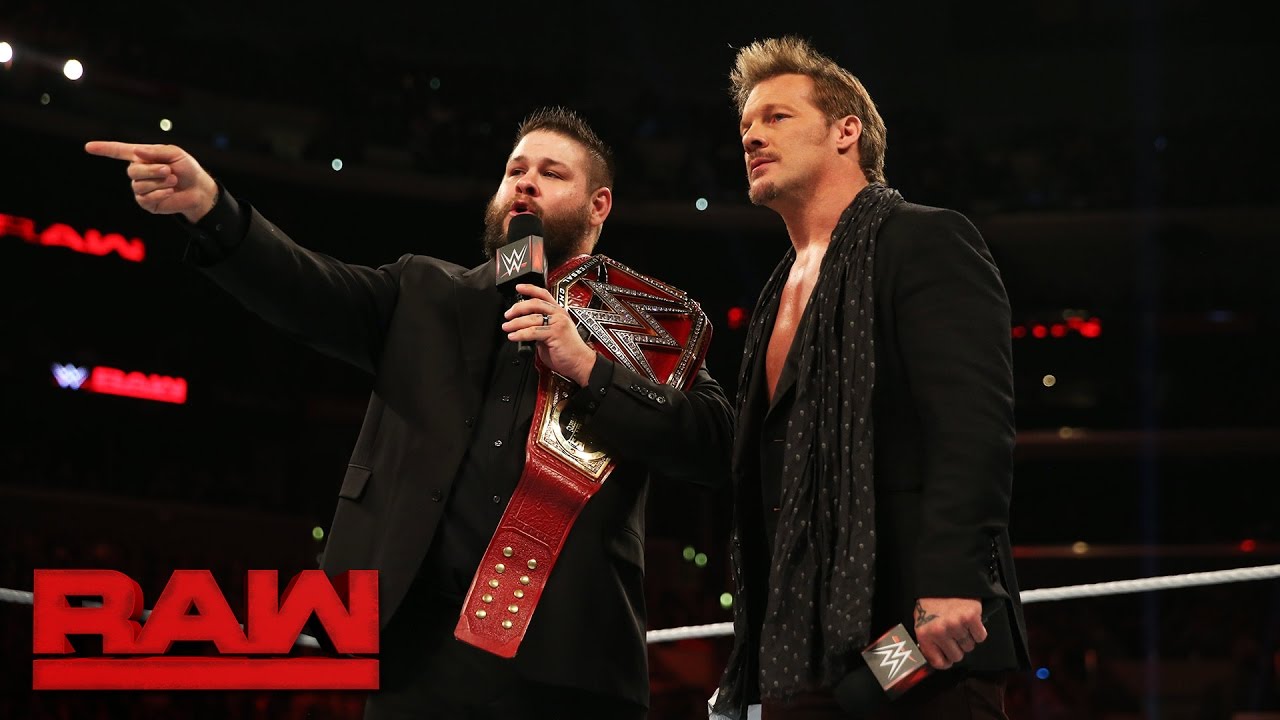 Chris Jericho has been one of the most important personalities in WWE. His List of Jericho and telling people they’re going to get IT is comic genius. Danny Masterson and Ashton Kutcher worked off Jericho very well tonight as well. Kevin Owens and Jericho have been very entertaining and seem to have natural chemistry. WWE is going to miss Jericho a great deal when he decides to take another break. 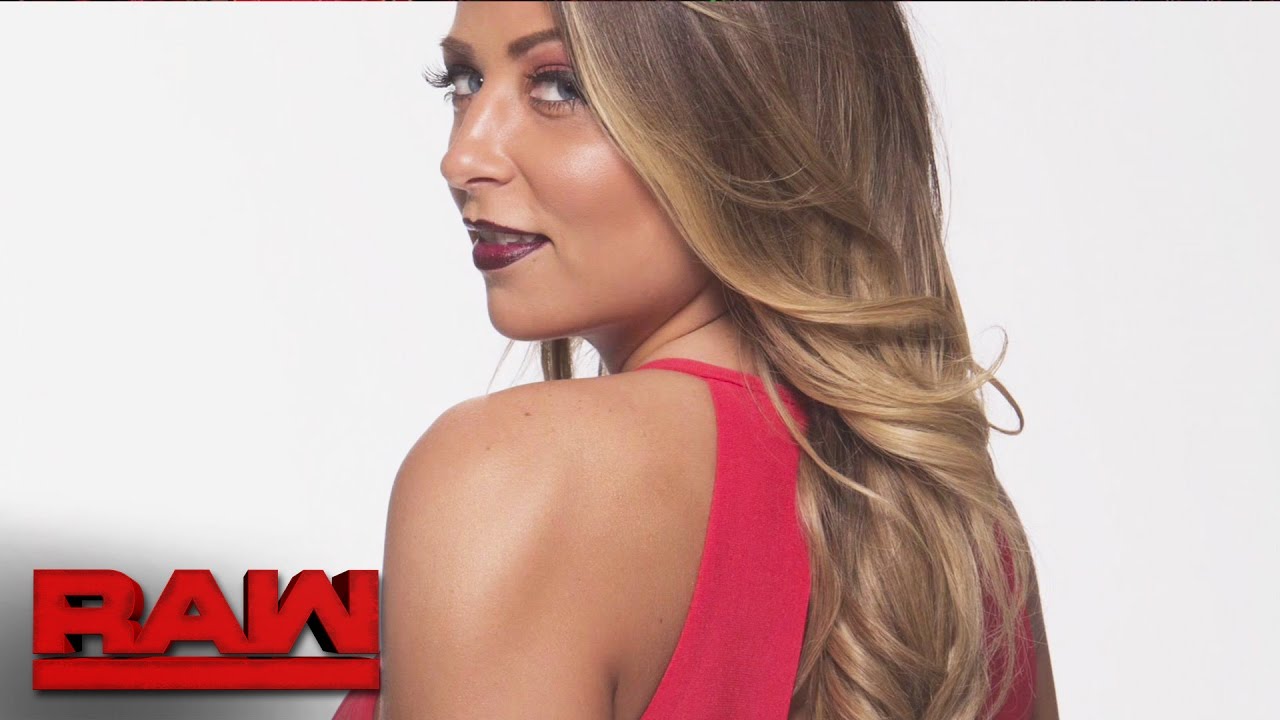 Emma becomes Emmalina. I don’t get this re-package. Emma was doing great right before she got injured. Hopefully this one doesn’t hurt her.

Raw has some great feuds going at the moment, but too many stars are getting lost in the shuffle or rebooted for no reason. As much as I’m concerned for those stars, I am enjoying the show a lot right now and the build for HIAC is sure to be intense!