This week on SmackDown (10/18/2016), James Ellsworth gets his World Championship match and Alexa Bliss fights to keep her title match. 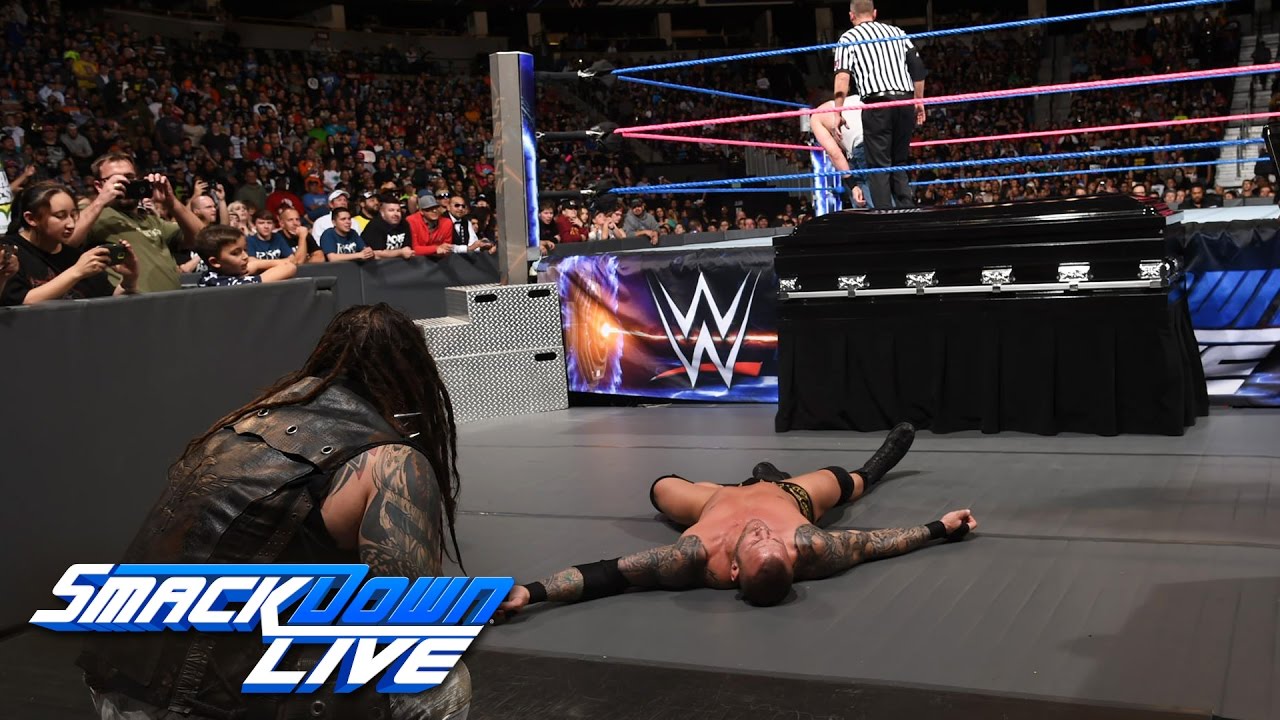 The feud between Randy Orton and Bray Wyatt continued this week and took an even stranger turn. During the Harper/Orton match, Bray came out with men dressed in black sheep masks carrying him in a casket. After Bray got out of the casket and attacked Randy from behind, Wyatt and Harper tried to put Orton into the casket but were greeted by Kane when they opened it. Orton and Kane were about to perform their finishers when the lights went out and Harper and Wyatt disappeared.

I’m guessing that this storyline is working towards a casket match, maybe at Survivor Series? I don’t know how I would feel about that. It’s been a very long time since we’ve seen a casket match, but they’re not really that exciting. I give a lot of credit to these guys for the work they’ve done. I didn’t like this feud so much in the beginning, but it has progressively gotten better. There have been so many intriguing twists and turns to this feud and I don’t expect that we’ve seen the last of that yet. 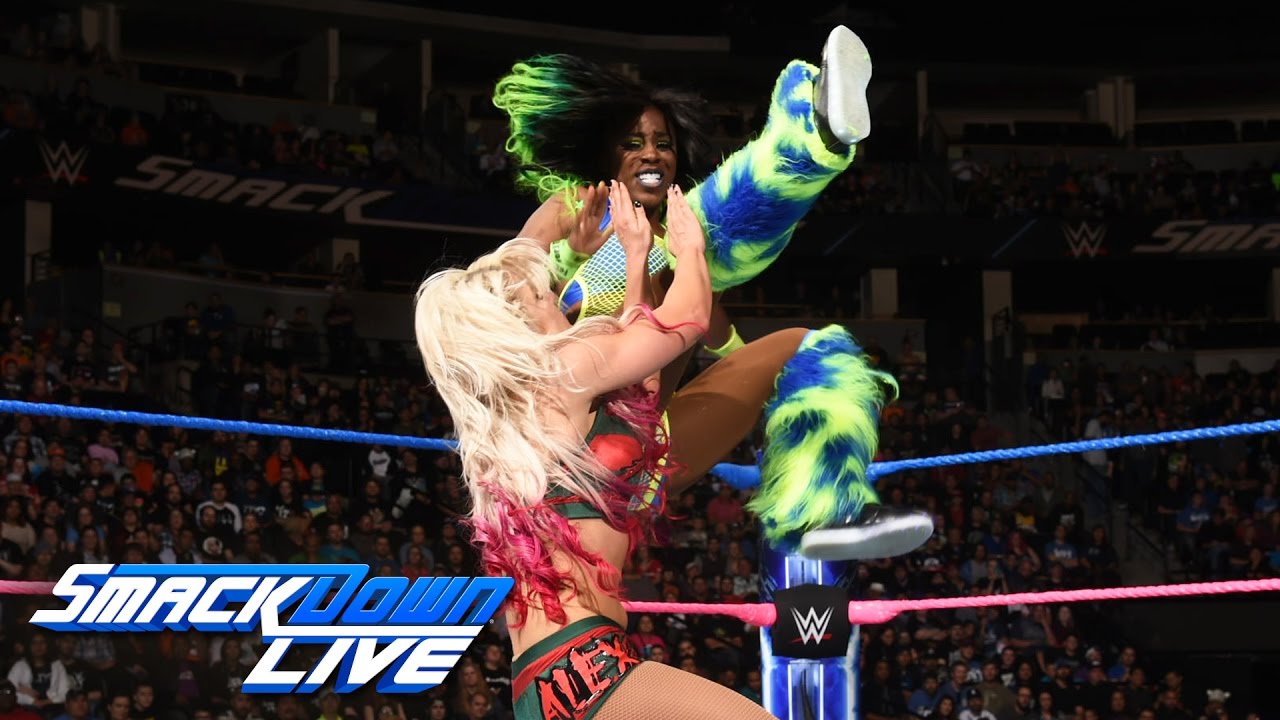 I’m very happy that the SmackDown creative team solidified Alexa Bliss as the number one contender to the SmackDown Women’s Championship with her win over Naomi last night. Alexa pulled out the victory in a very heelish way and it really added to her legitimacy. SmackDown could be looking at their top heel in the Women’s Division for the foreseeable future. I think Alexa is just starting to scratch the surface of her potential right now.

I love Becky Lynch, but I think I would really enjoy a long reign for Alexa if she were to win the championship.

Alexa had really cool Freddy Krueger inspired entrance attire last night too. It definitely worked well with her metallic skeleton hand that she comes out with. 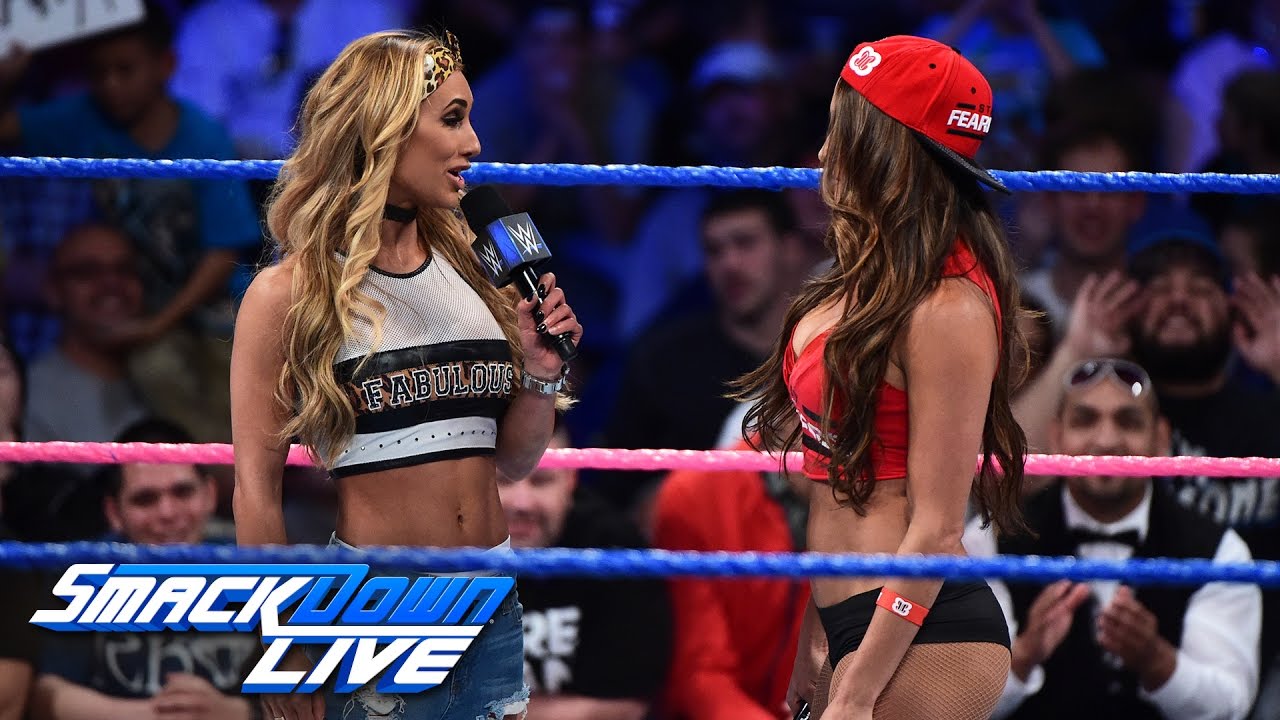 One thing SmackDown has over Raw is that they are utilizing most of their women on a regular basis. Carmella and Nikki Bella finally talked face to face in the ring after a couple months of attacks. Carmella got to talk about why she didn’t like Nikki and it came down to stealing Carmella’s spotlight and using everyone to get to the top. Carmella even showed a clip of all her dependent moments entitled, “Total Need Freak”.

Carmella actually made some very good points about Nikki, but Nikki ultimately had better comebacks. This feud feels more heated by the week and the lines are being blurred between the show and real feelings, which is always a sign of good promos. It was nice to finally get some insight into Carmella’s thoughts and it will definitely be interesting to see these two on the same team at Survivor Series if that indeed happens.

We got a six-man tag-team match with Miz/Spirit Squad vs. Ziggler/Slater/Rhyno on SmackDown. Now, this match had a decent purpose of getting all those guys on TV to further their mini-feud after what transpired last week, but what about the rest of the teams? The Tag Division hasn’t exactly been competitive since the tournament.

We haven’t seen Breezango in a long time save for SmackDown Fallout videos. Mojo and Zack were relegated to Talking Smack. The Ascension are barely ever seen. American Alpha are always being defeated. The Usos have had some good momentum but have taken a back seat again lately. I know not everyone can be on TV every week, but there are some pretty talented teams doing nothing right now. 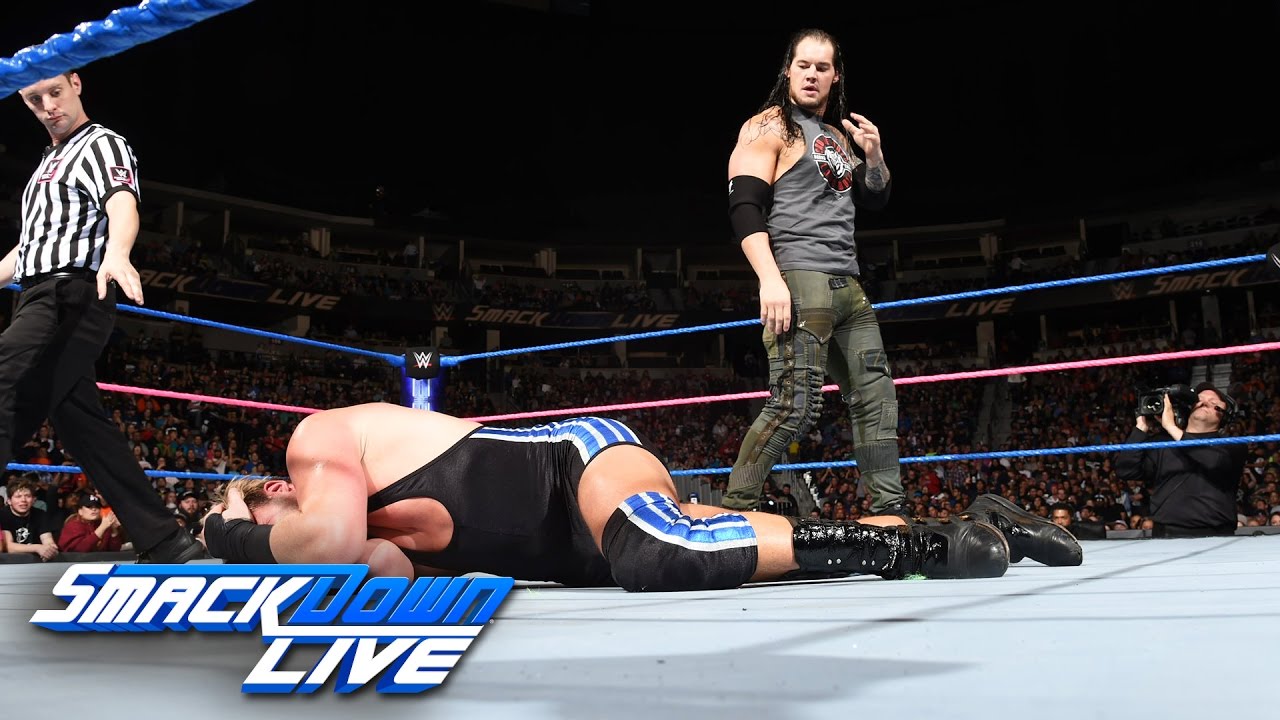 This guy made a huge statement dominating Jack Swagger on SmackDown. Baron made an even bigger statement on Talking Smack afterward. He basically talked about how he felt over-looked and that he deserved to go on to bigger and better things. I can’t argue with his viewpoints. Baron Corbin is going to be a big star if given the opportunity and he’s truly earned it.

A lot of people probably don’t think that Baron is very good on the mic because he doesn’t get a whole lot of promo time, but he’s easily one of the better guys on SmackDown in that area. I think Corbin is on the cusp of making his way to the top right now. I could definitely see him defeating Dolph Ziggler for the Intercontinental Championship down the line. Those two have already battled a bit, I think a full feud could be a good way to build Corbin up. 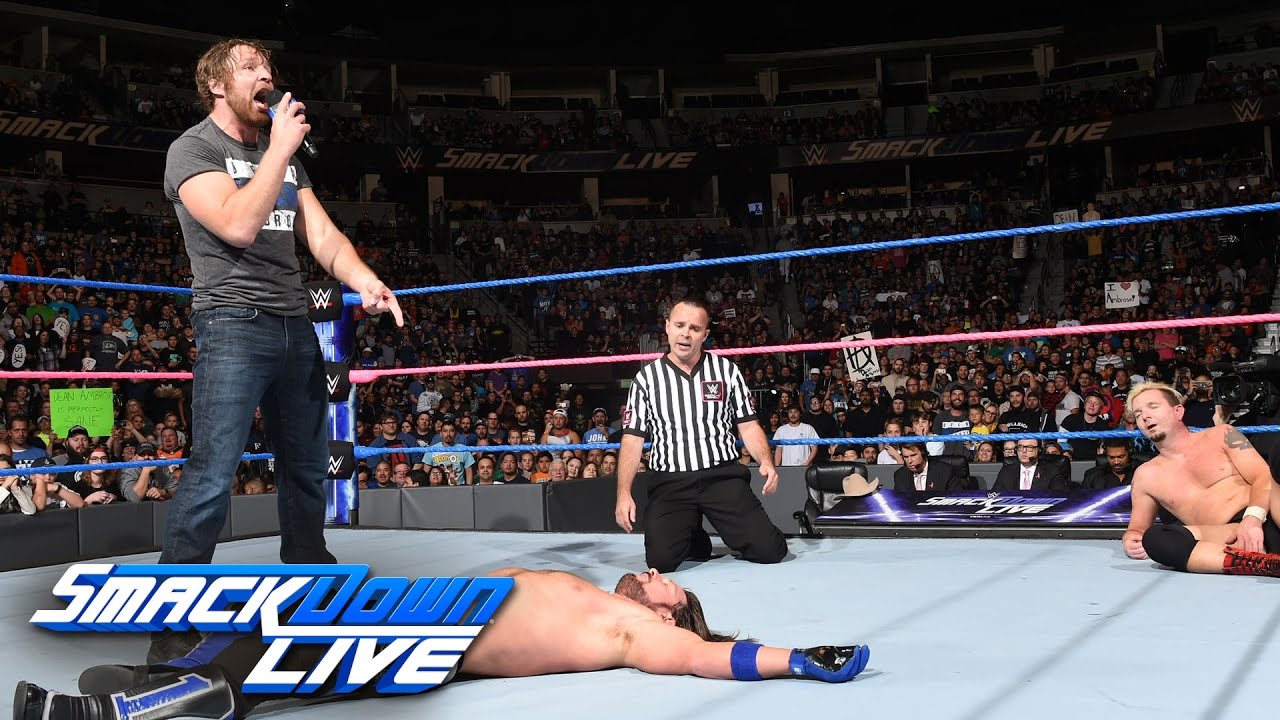 Dean Ambrose continued his antics during the World Championship match talking on the mic while Styles was beating on Ellsworth to distract him. Ellsworth eventually got a Super Kick in which made the crowd come unglued. Styles would lose via DQ to retain the title after he wouldn’t stop attacking Ellsworth.

The reaction to Ellsworth was incredible last night. Sometimes bringing in an unknown underdog creates the best moments and it certainly seemed that way last night. James even got his own shirt on WWEShop.com. Thankfully, AJ retained the title, but did get dropped with Dirty Deeds after the match.

On Talking Smack, AJ blamed Daniel Bryan for Ellsworth’s beat down saying he shouldn’t have let Ambrose out there to distract him and that he would have finished the match earlier otherwise. I could see this leading to a meaner, more ruthless AJ Styles than we’ve seen so far. That’s the great thing about AJ, he can play any type of role.

Curt Hawkins almost made his debut, then got punched by Apollo Crews and decided he wasn’t going to debut. Is this going to be similar to Eva Marie?

SmackDown was a pretty good show this week. I’d ultimately like to see more of a focus on the Tag Division, but they’re doing a lot with their 2 hours of TV time and the show is starting to really come along. I’ve been critical of it in the past, but I feel like they’re doing a lot of unique things and building future stars.

How I Met Your Mother – Last Forever