This week on SmackDown (10/25/2016), Alexa Bliss makes a big statement while James Ellsworth makes a huge mistake in the main event!

In what was largely a forgettable match, Bray Wyatt defeated Kane in a no disqualification match. It wasn’t so much that outcome as how we got there. Randy Orton and Kane seemed to have Bray Wyatt cornered when Randy hit Kane with an RKO out of nowhere! Bray sold it well with a shocked look on his face. Randy then left the ring and went to the back.

If this is the beginning of a Randy Orton heel turn, I’m all for it. Randy as a face can only do so much. He’s a lot more creative as a heel because he has the ability to do anything. It’s one of the most intriguing things to happen on SmackDown in quite some time. Randy explained his actions by saying, “if you can’t beat em, join em”. Fair enough explanation for me. 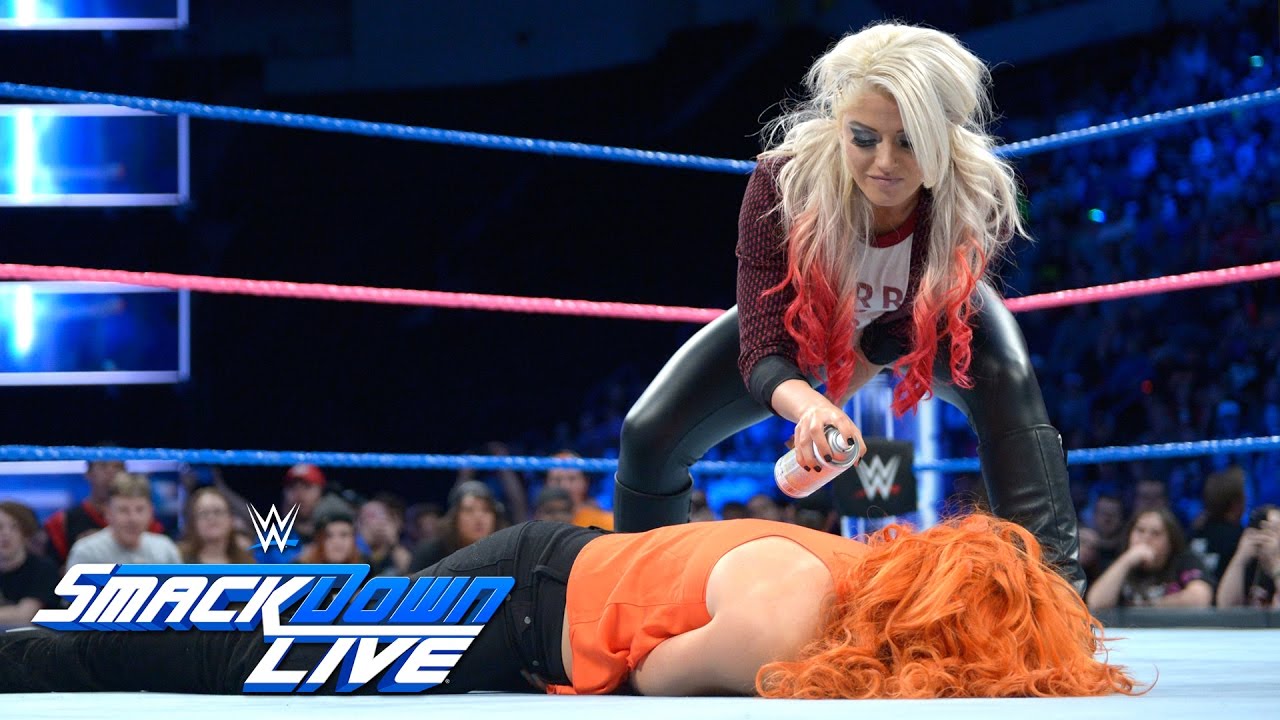 Becky Lynch made her triumphant return to SmackDown and was interrupted immediately by the number one contender Alexa Bliss. Alexa and Becky traded insults until Alexa attempted a cheap shot and the two started fighting in and out of the ring. Alexa got the upper-hand and ended up leaving Becky lying in the middle of the ring while spray painting a yellow stripe on her back.

It was great to see Becky Lynch back, but I do wonder about how serious her medical issues are. Alexa Bliss made it look like Becky’s days as champion were numbered. Alexa has really started to show the personality that made her so popular in NXT. Alexa is a very gifted woman on the microphone and she is equally as athletic. I think that a Women’s Championship reign is certainly not out of the question two weeks from now in Glasgow.

SmackDown certainly took a page from the Charlotte/Sasha feud and made this feud personal. Becky and Alexa have been great at exchanging barbs with Becky calling out Alexa’s Disney references and Alexa crying foul on Becky’s injury situation. This is one title match I’m definitely looking forward to.

The Hype Bros. vs. The Ascension 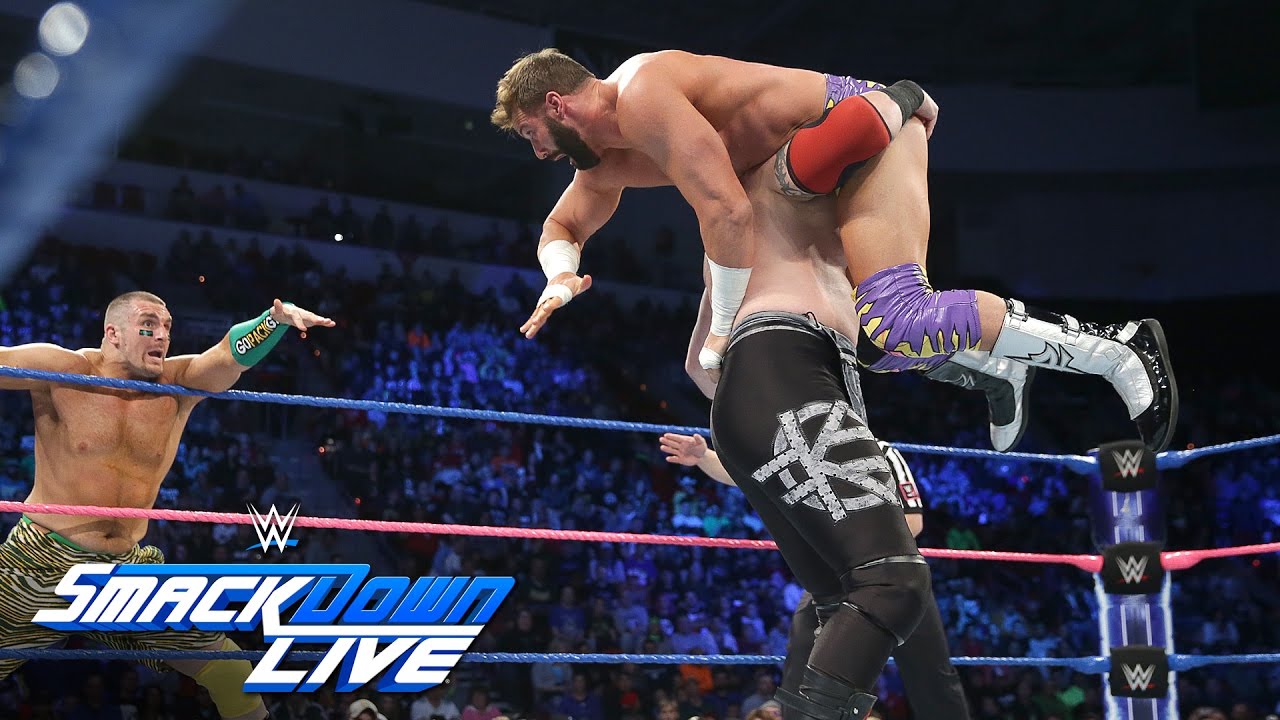 The Ascension should change their name to The Descent. Honestly, how have these guys fallen so far out of favour after being so incredibly popular? I would go as far as to say that WWE needs a dominant team like The Ascension used to be. How smart would it have been to have them destroy Mojo and Zack to gain a spot on the Survivor Series team and then start decimating one of Raw’s teams? They could have instantly been pushed again. Instead, we once again see them take the loss.

The Hype Bros won the match and as such will go on to be in the tag-teams matchup against Raw at Survivor Series. I’ve been a pretty big fan of these two because Mojo brings an energy that is completely different from everyone else. I think they certainly deserve the opportunity to be in this match. I think that not long after that event, there could be money in a Zack Ryder vs. Mojo Rawley feud. It could be as simple as Zack not wanting to get hype anymore. 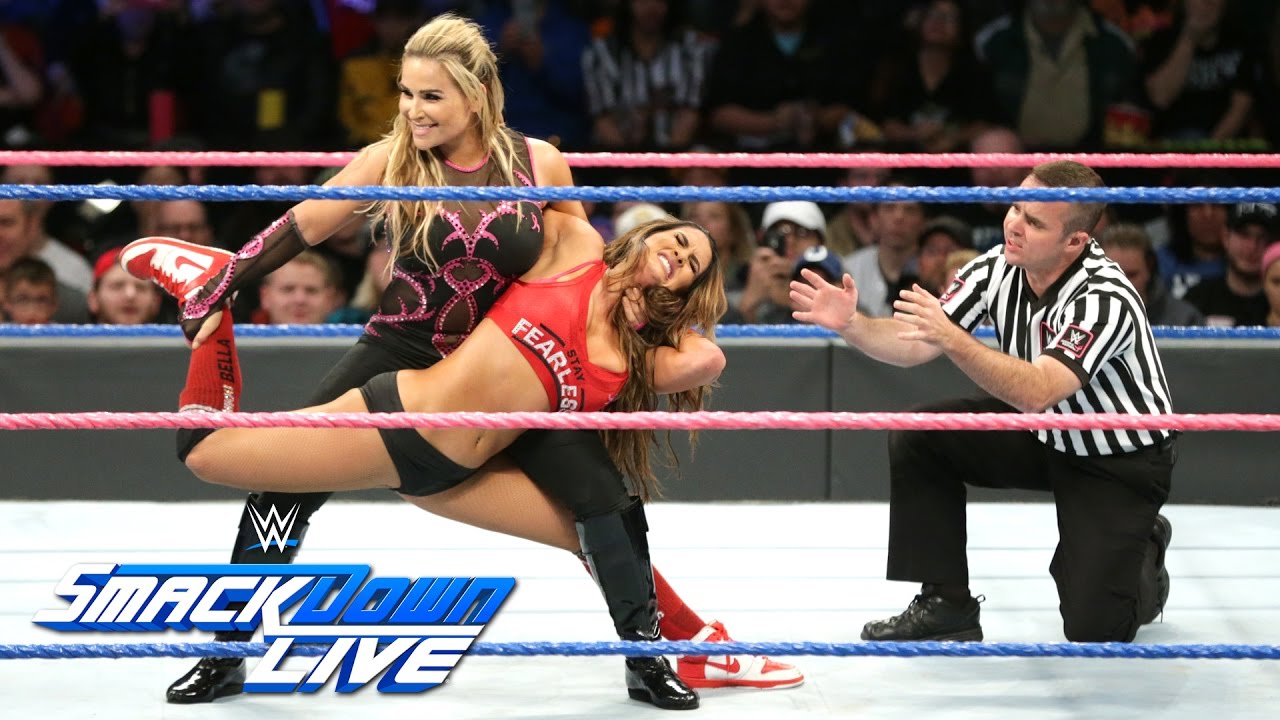 These two got to face off on SmackDown for the captaincy of the Survivor Series women’s team. The loser, however, gets left off entirely. Definitely high stakes.

Natalya plays a pretty good heel. It’s hard to hate Nattie, but when she’s dominating Nikki for 90% of the match, I can see why the crowd may take issue with that. Nattie is so good at everything that I think she slips through the cracks when people are thinking about women’s division cornerstones.

Nikki did end up getting the win after impressively powering out of a Surfboard Stretch. She would then apply an STF and Natalya tapped out. Nikkie would then be attacked by Carmella yet again. Carmella left her lying after a Bella Buster. Carmella is getting the most out of this feud. She’s really shown that she is ready to be a top star. 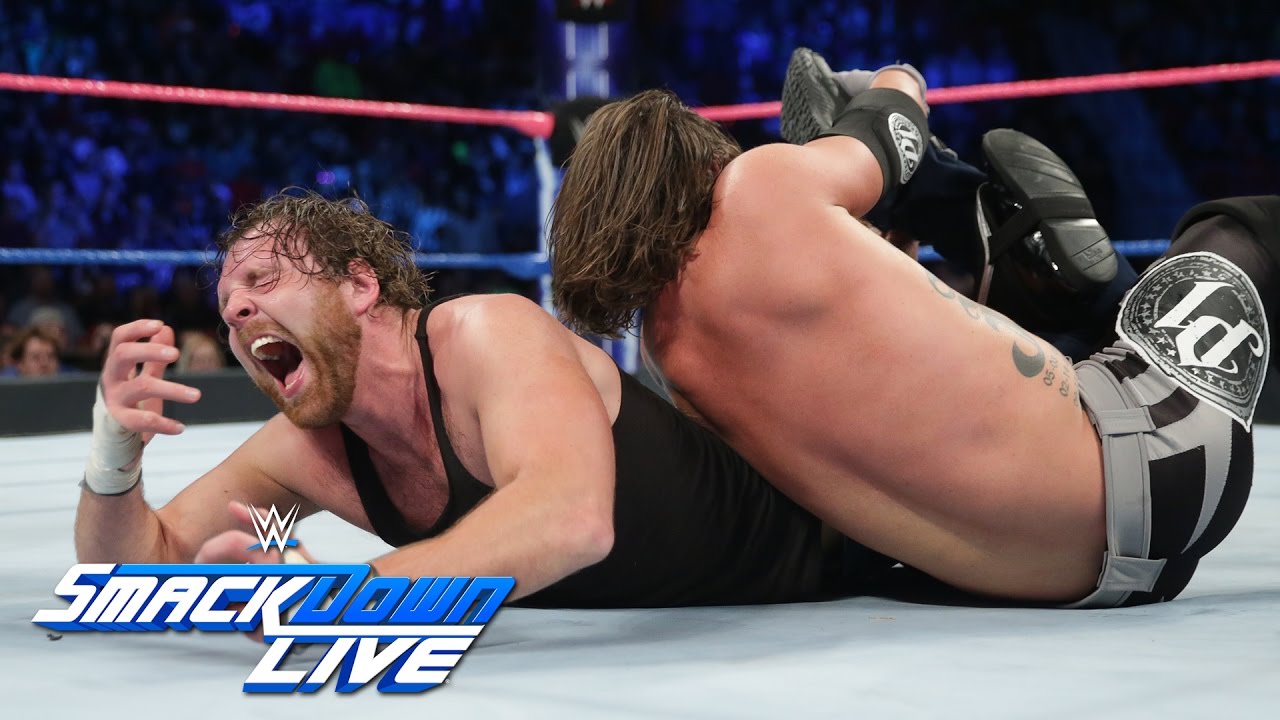 James Ellsworth ended up costing Dean Ambrose his chance to be the number one contender for the WWE World Championship. Amazingly enough, it was due to Ellsworth super-kicking AJ after he was backdropped over the top rope. That kick caused a DQ victory in favour of AJ.

I don’t know how long this James Ellsworth stuff is going to keep going, but it’s getting kind of old. It’s kind of like keeping The Spirit Squad around. The novelty runs out. On the flip side, it looks like AJ may finally be seeing a new challenger in the coming weeks considering Dean doesn’t get his shot at the title now.

It’s strange to me that I enjoy the under-card on SmackDown more than I actually enjoy the main event matches. I think the problem is the whole James Ellsworth situation and the fact that The Miz and Dolph have been adding in The Spirit Squad and Slater & Rhyno to their feud which hasn’t really done much for me. SmackDown was really good tonight and I really think they they’ve done well at getting everybody on the show in spite of having 2/3s the time of Raw.