This week on SmackDown (10/4/2016), Randy Orton play mind games with Bray Wyatt while Dolph Ziggler makes what could be his last appearance on SmackDown. 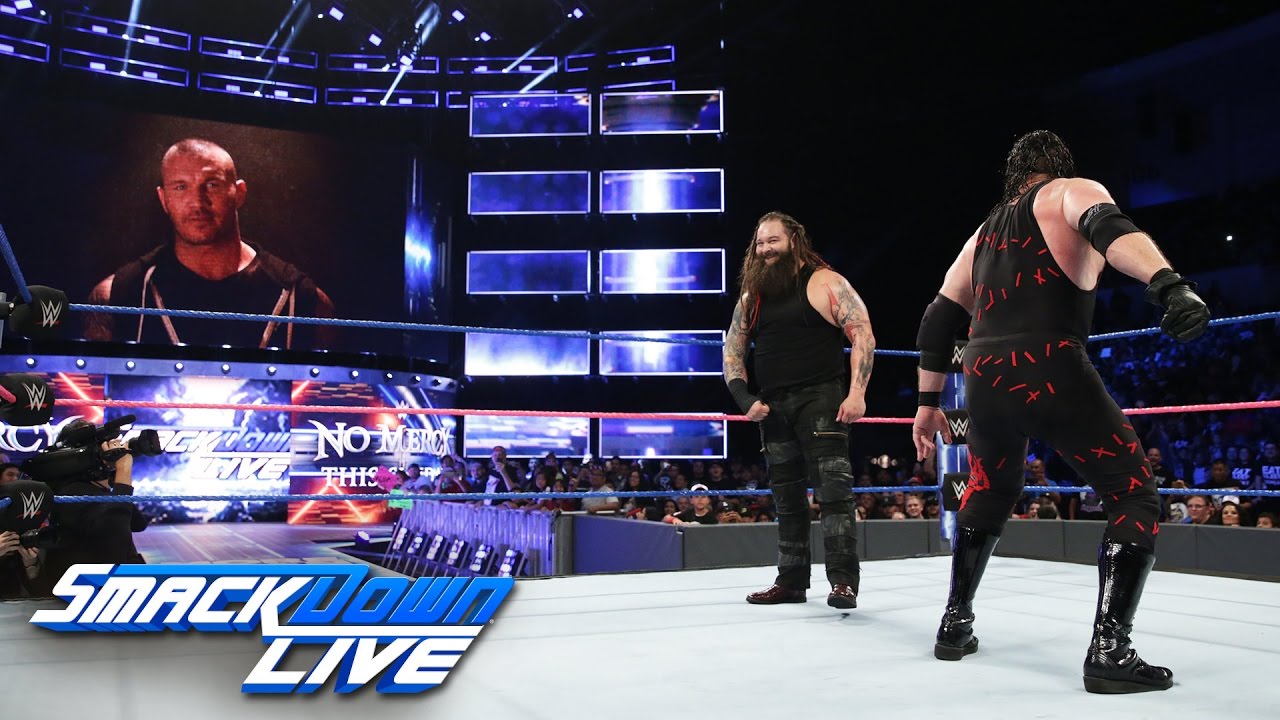 I’ll admit that this feud wasn’t all the interesting to me in the beginning, but the mind games are making it quite entertaining. Bray Wyatt has never been challenged in that way before and who better to do it than Orton? Randy has done it all, but this feud is showing a new untapped side of The Viper. I think it’s something Orton sorely needed. He’s a pretty vanilla good guy, so giving him an edge makes him more like-able. If the fans are chanting, “RKO”, they’re doing something right.

Bray Wyatt is showing some holes in his armor after years of looking unstoppable. Bray is succumbing to the mind games that he’s used to playing. It’s not unlike when the Undertaker first battled Kane and kept coming out on the wrong side of Kane’s mind games. That was obviously a much bigger scale, but it’s similar. The point is that Bray needed someone to come along and prove that someone can get to him. Randy has done that…or at least he tried.

Bray disappeared after being locked in a container after talking to Sister Abigail who is still a faceless entity. I’ll be interested to see who takes the victory on Sunday and find out what happened to Bray. Could it be something to do with a returning Luke Harper? 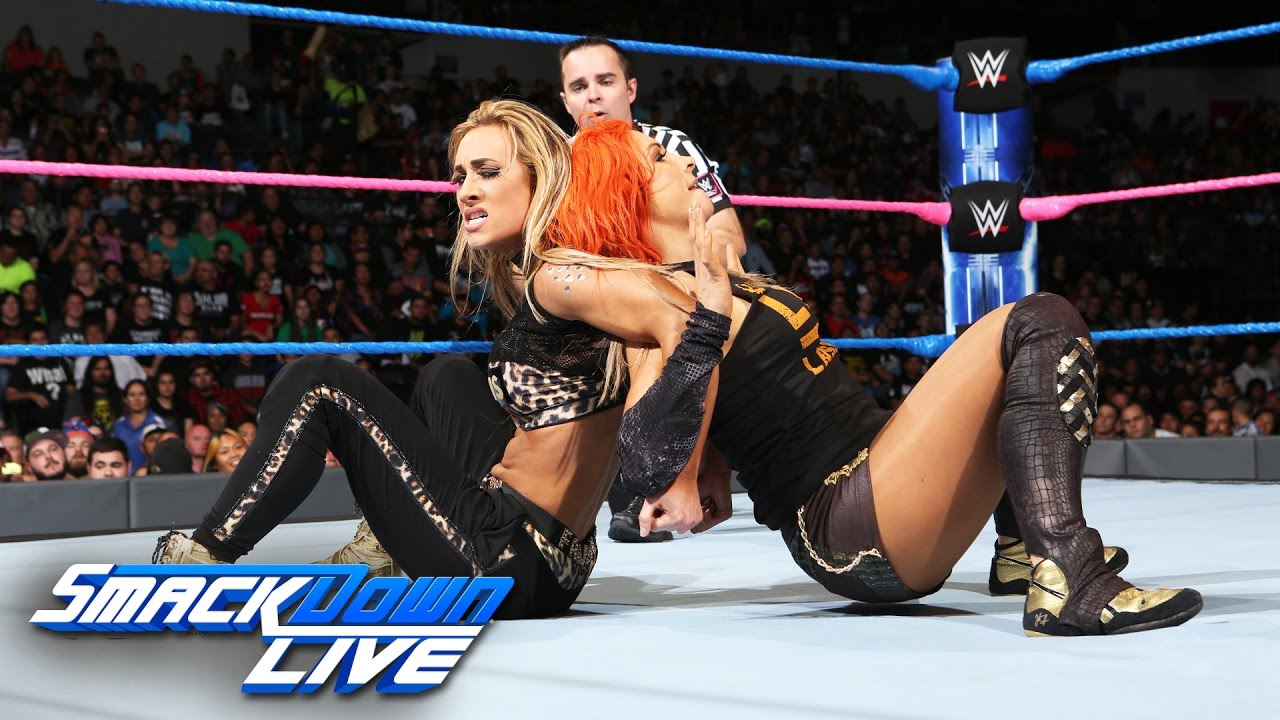 I have to hand it to Nikki Bella. I remember watching The Bella Twins debut what seems like an eternity ago and I thought they wouldn’t amount to much of anything. Granted, that was fairly true during their first run. During their second run, however, Nikki became a new person. She was dedicated to getting better in the ring and getting to the top. She got there and stayed there for a very long time becoming the longest reigning Divas Champion of all-time. Then, a neck injury put her career into jeopardy. Nikki never let that stop her, despite being told she may never wrestle again.

Nikki made her return to WWE on SmackDown shortly after the Brand Extension and hasn’t missed a beat. The fans love her more than they ever have and with good reason. Nikki has become the well-rounded performer that I never expected her to be. Nikki is one of the most powerful women on the roster right now and can transition from heel to face at the drop of a hat. I think that what Nikki is doing with Carmella is the type of stuff we’ll be seeing from her from here on out, but who better to elevate the next generation? 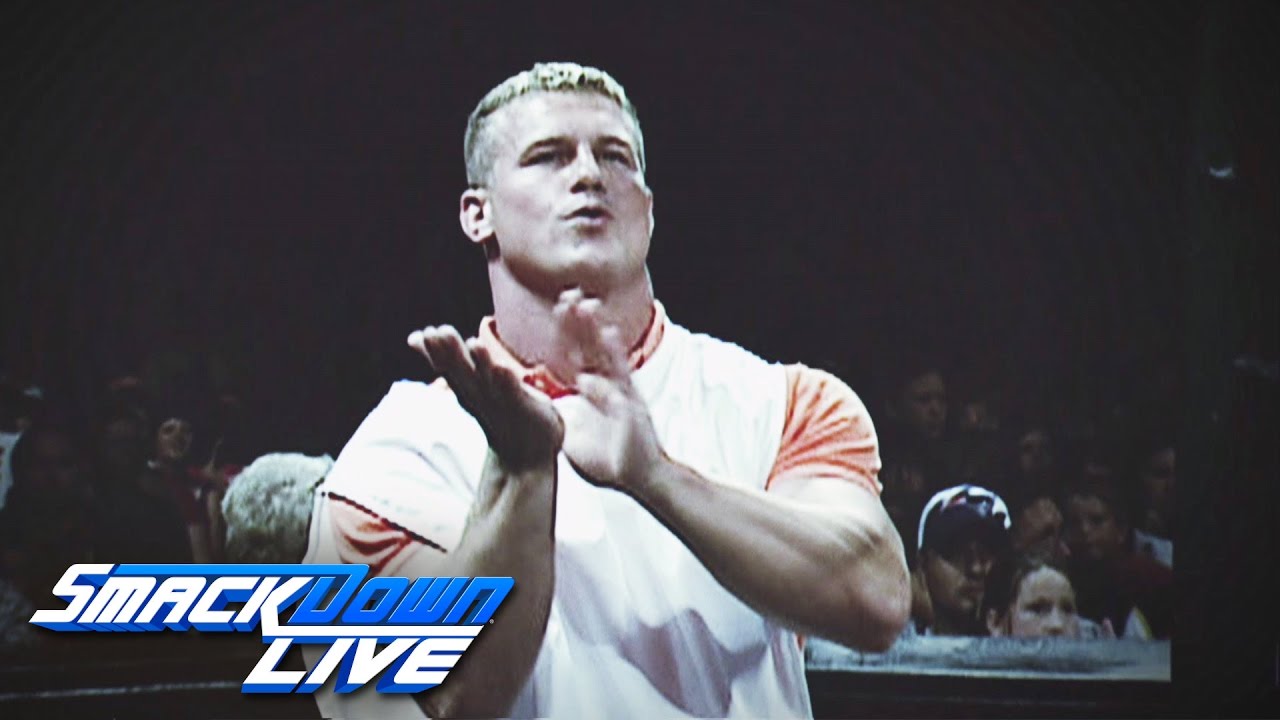 It’s hard to think that Dolph Ziggler may be done after No Mercy. I’ve watched Dolph for his entire career and have a soft spot for the show-off. I remember going to a WWE Live Event and watching Dolph wrestle three different matches that night. The guy is a tireless worker and technically sound. Through every garbage gimmick he’s had, he’s made it work or made it better. I don’t feel like Dolph has been given a proper chance to thrive in WWE and maybe it is time for him to change gimmicks or part ways. Part of me just can’t admit that, though.

Ziggler has always been one of the purest characters WWE has had. Especially in the last few years, the Dolph on TV isn’t far off from the Dolph in real life. No matter the outcome Sunday, Dolph Ziggler was certainly a successful character. I would argue that Dolph has never been better than he has in the last couple months. That’s definitely some food for thought. 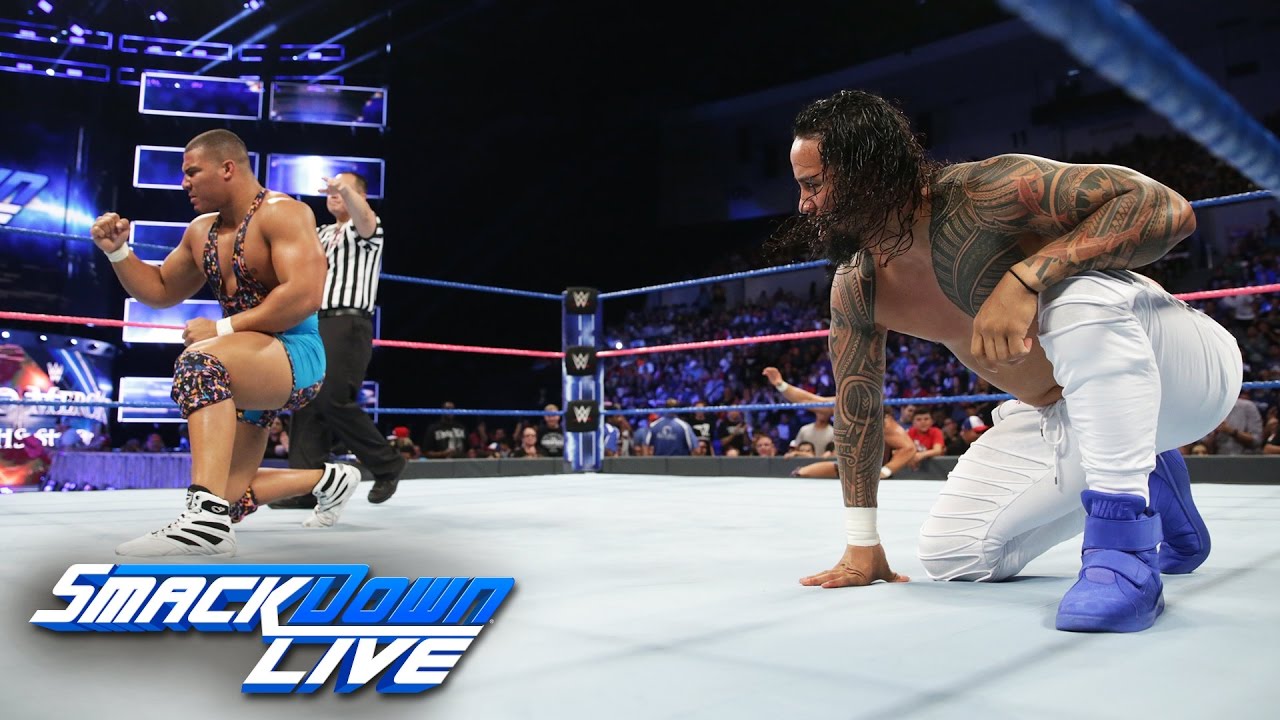 These guys have been consistently beaten down since debuting on SmackDown. I didn’t like this idea at first and thought it would hurt this talented team, but I’ve come to see it differently. American Alpha will become huge favourites when they get their opportunity against The Usos. I don’t know how soon that opportunity will be, but it’s building to be a huge feud. At the very least, Heath and Rhyno made the save tonight.

This isn’t far off from what American Alpha were doing in NXT. They were a great team, but spent large chunks of matches making a comeback. It’ll be the same here on the main roster amplified. I think a lengthy match between them and The Usos could steal the show. The Usos have been solid with everything they’ve done lately and are showing a completely different side of themselves which they needed greatly. I could see this coming to a head at Survivor Series. 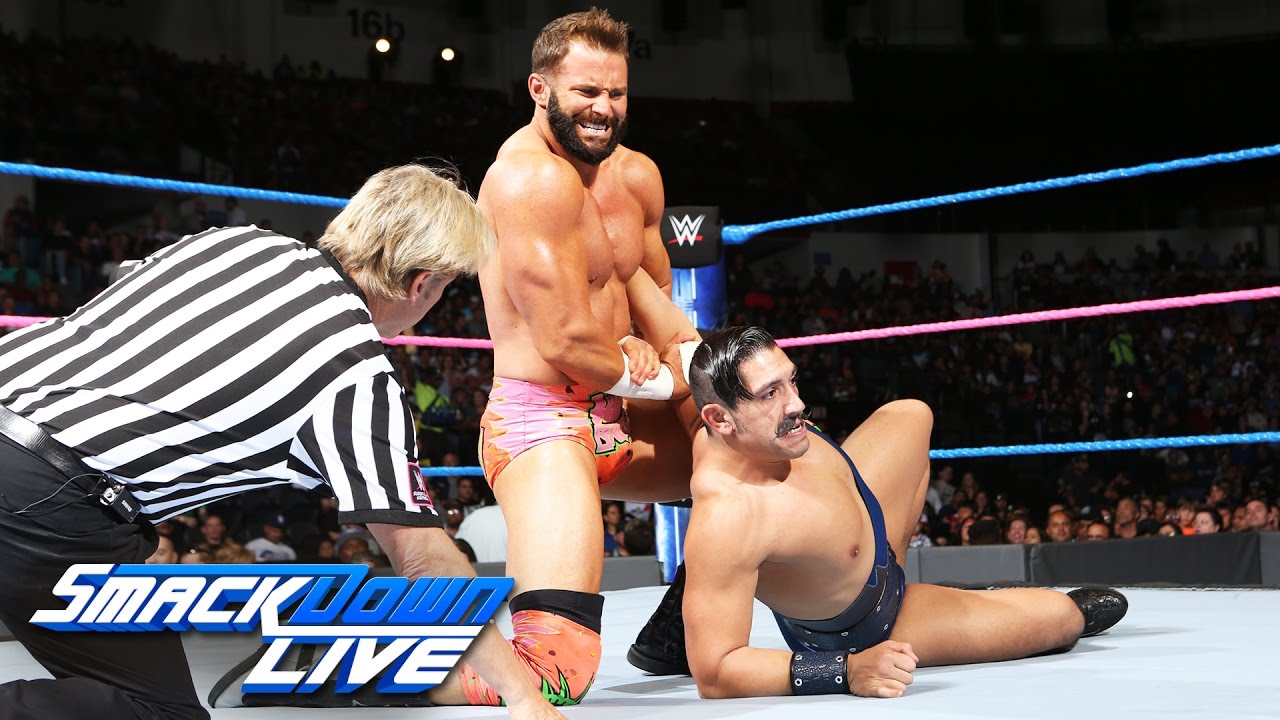 I’ve never seen someone with as much energy as Mojo Rawley. It’s infectious and really gets the crowd into a frenzy. It’s almost like watching a Cruiserweight match. The Hype Bros are definitely an interesting team to watch and one I could see holding the tag-team titles one day. If that doesn’t happen, a heel Ryder vs. face Rawley feud could be beneficial for both guys down the road. I believe that Mojo could be destined for some big things if he keeps going the way that he is. He’s been one of the most entertaining personalities in WWE and he’s only starting out on the main roster.

That Hammer Time dance was pretty hilarious as well!

The Vaudevillains have faded into obscurity since Simon Gotch had a backstage altercation with Sin Cara. This team had everything going for it and now they’re below The Ascension on the depth chart. It goes to show how one wrong move can derail everything. 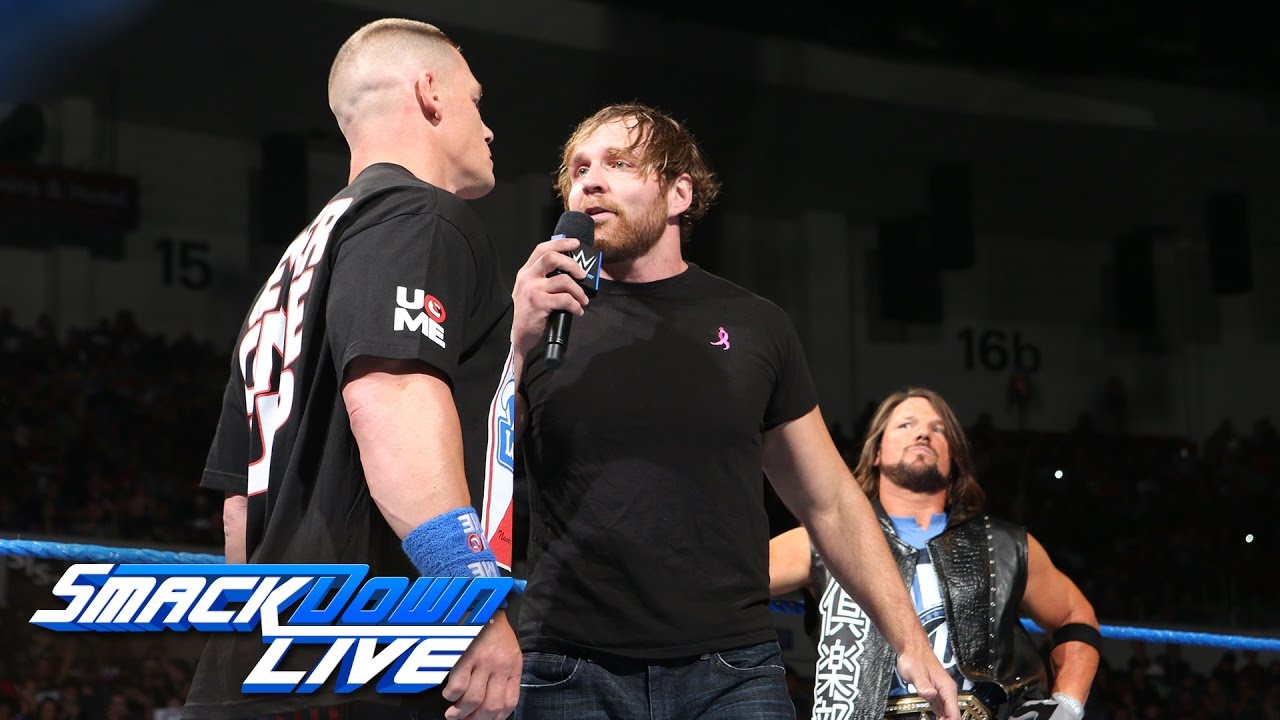 Dean Ambrose stole the show on the microphone last night. This guy said what everyone has always thought and wasn’t shy about being up front about it. Ambrose speaks from the heart and you have to think there’s really some resentfulness on his part. He stood tall with the WWE World Championship after SmackDown, he might just win it back on Sunday. 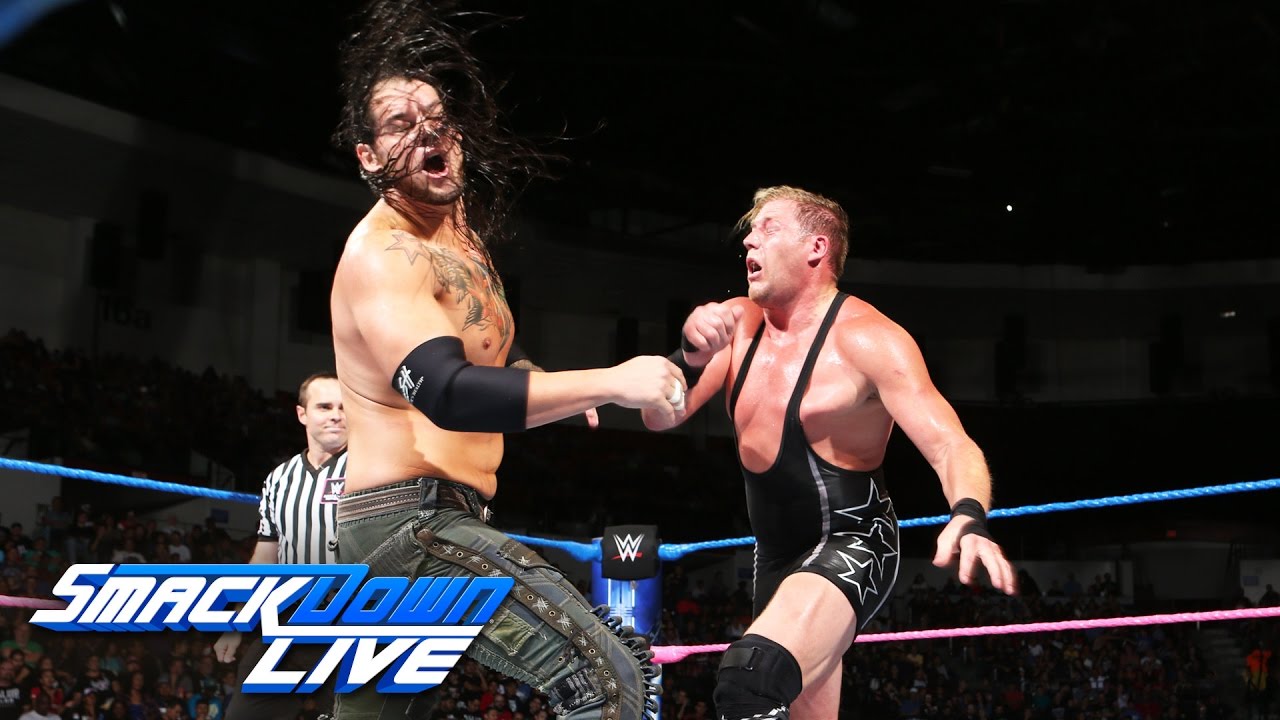 Baron Corbin and Jack Swagger started their feud. Same old Jack Swagger, not that that’s a bad thing, but don’t claim to be a new man when you’re doing the same old stuff. 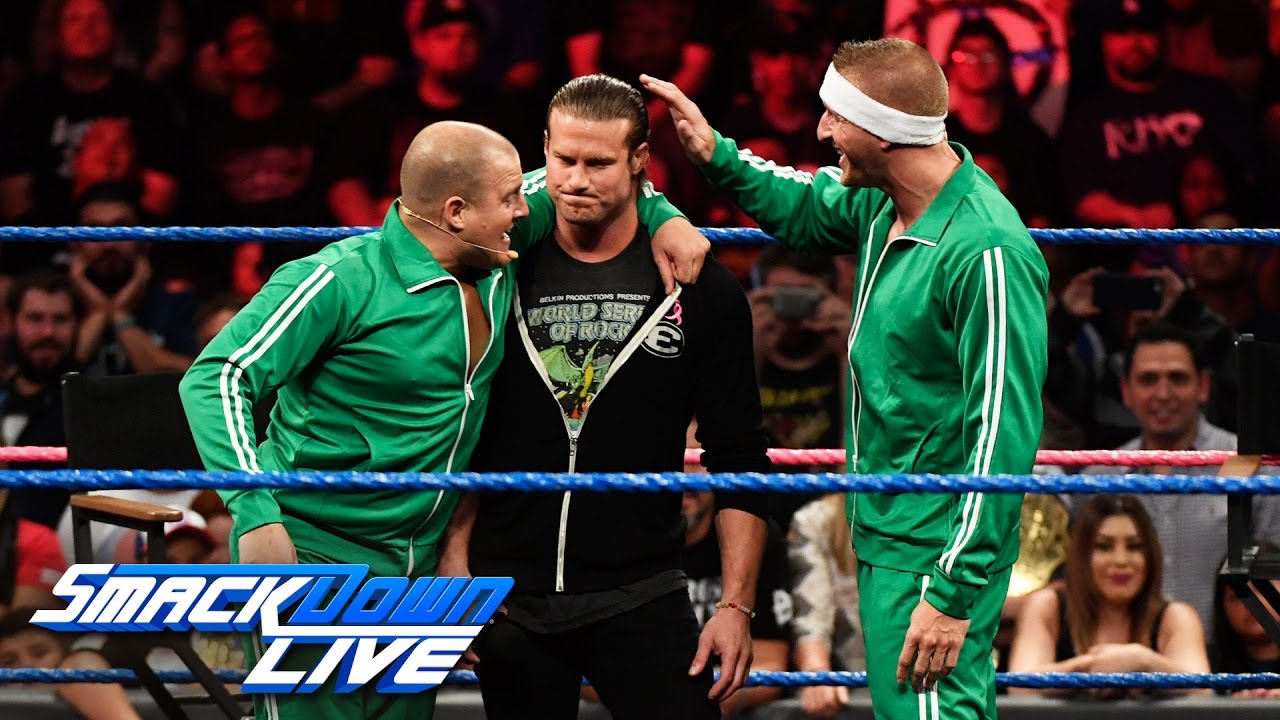 Everything that happened on SmackDown got me excited for No Mercy so this was a pretty good show. Things could go either way for a lot of these matches which is rare. No Mercy could be a hit or a miss depending on a lot of booking choices, but we’ll see what happens!