This week on NXT (11/2/2016) it’s an episode dedicated to the second round of the Dusty Rhodes Tag Team Classic? Which teams advanced? Find out here! 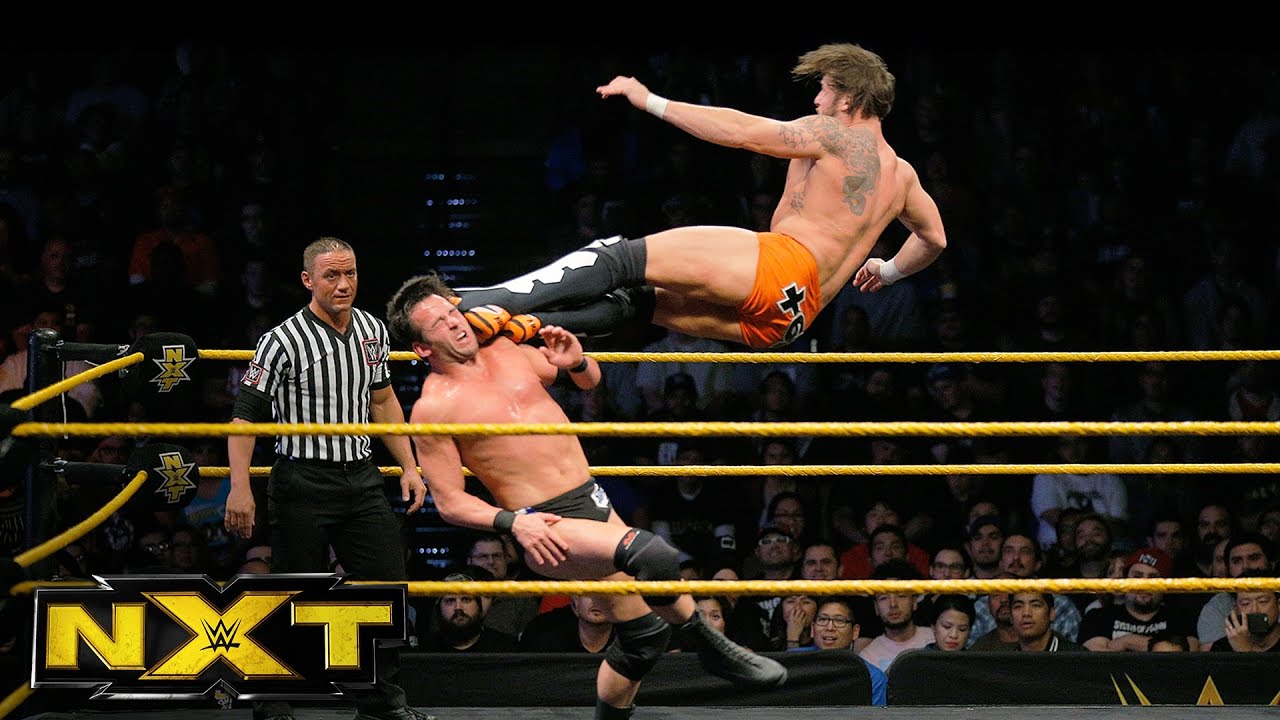 For those who don’t know, Austin Aries got a nasty eye injury in a house show match with Shinsuke Nakamura. Aries took a stiff kick to the face and broke his orbital bone. Wih Aries out of action for an undetermined amount of time, Strong face off against Shane Thorne to see which team would advance in The Dusty Rhodes Tag Team Classic.

Strong and Thorne had a really solid match and I felt like it was a really good way to advance the tournament rather than having a forfeit for Aries and Strong. Obviously, TM61 advanced, it was a pretty easy thing to see coming. I really wonder if this would have been the outcome had it not been for Austin’s freak injury. I have my doubts that TM61 would have advanced especially with that only being Strong’s second match.

With Aries out, this may open up new opportunities for Roderick considering he’s going to have to be on his own for the time being. I could see Aries being Strong’s manager, for now, it would keep his face fresh in the minds of the fans.

As far as TM61 is concerned, what a great opportunity they’ve been afforded! Shane and Nick are fantastic in the ring and always entertain me when they get an opportunity with the microphone. I’d love to see them make the finals of the tournament, but I think Sanity will end up taking that one. 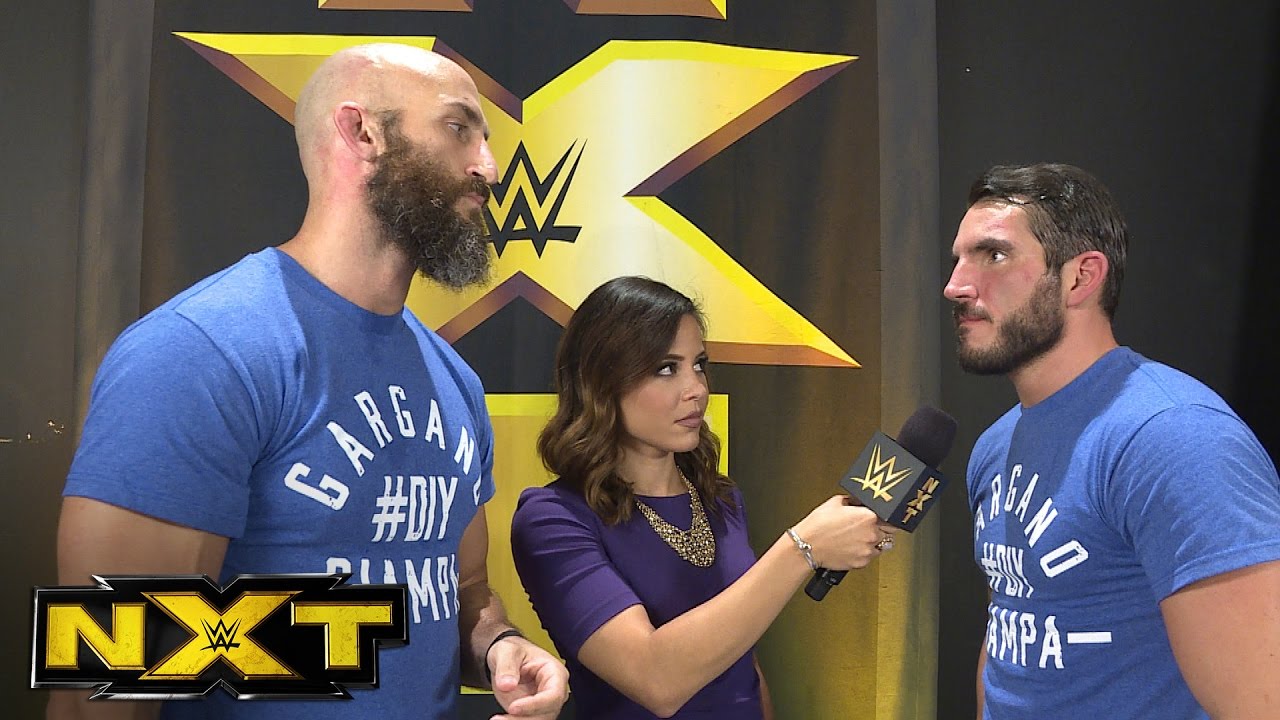 If one injury wasn’t enough, we have another one with Scott Dawson. Dawson apparently has an injury to his knee and The Revival would forfeit the match meaning #DIY will go on to face the winner of The Authors of Pain vs. Kota Ibushi and TJ Perkins. I was really looking forward to the rematch between these two teams. Their match at Takeover: Brooklyn II was one of the matches of the year in my mind and I wish we would’ve gotten a chance to see them go at it again.

The Authors of Pain vs. Rich Swann & No Way José

I don’t think I’ve seen The Authors of Pain have as much trouble in a match as I saw them have with No Way José and Rich Swann. It was a great thing to see a little bit of vulnerability out of a team that previously looked unstoppable. I really have to hand it to Rich as well for his facial expressions making AOP look dominant. He showed legitimate fear and tried everything to get them off their game.

I really liked the whole dynamic of the match. To be honest, I felt like it was probably going to be a squash match until I saw what went on. It wasn’t quite a Cinderella story though as No Way José fell into the Russian Leg Sweep/Lariat combo that has dropped so many before him. 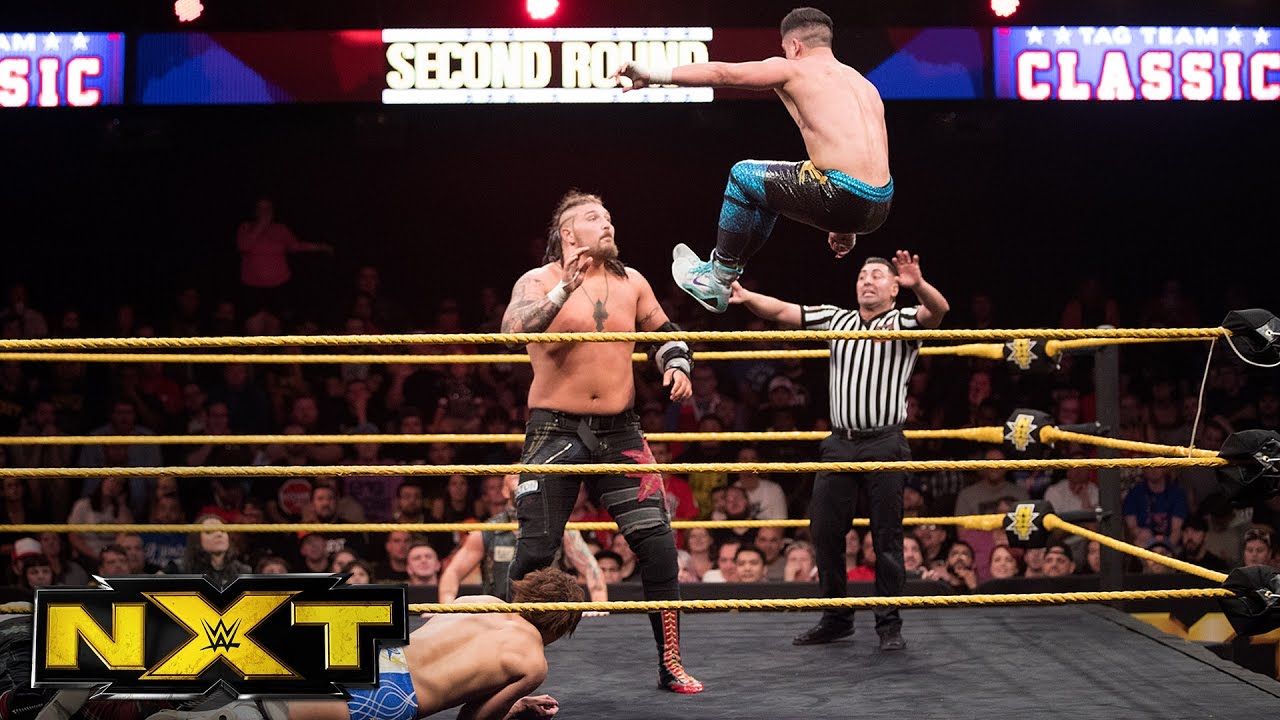 It’s sad that with as good as Kota Ibushi is that he seemingly doesn’t want to be exclusive to NXT. I think Kota could certainly do big things in NXT, but for now, we’ll have to settle for special appearances.

The Cruiserweights had a good showing against Sanity in the main event of NXT, but it wasn’t enough as Sanity prevailed after a distraction by EY and Nikki Cross. It’s been refreshing to see such a new and unique faction take over this brand in a way that hasn’t been seen in NXT. With so many good wrestlers coming up to WWE, sometimes a gimmick is needed to make someone stand out. These four individuals have just that.

I am concerned that Sanity will fade out too soon. We’ve seen these pet projects die out fast before, just look at The Ascension. I hope it’s not the case, though. There is a person that could take over each division and they may very well do that. It’s still early and the jury is still out on how successful this gimmick will ultimately be.

One thing’s for sure, if The Authors of Pain end up facing Sanity in the finals, it could be one of the craziest ends to a tournament in recent memory.

It was an all Tag Team Classic show for NXT and I thought it came off pretty well considering the key injuries they had to deal with. Next week things will heat up with a contract signing between Nakamura and Joe for their match in Toronto!