This week’s NXT (11/16/2016) featured the return of Elias Samson as well as the build to NXT Takeover: Toronto. Find out our thoughts and predictions here! 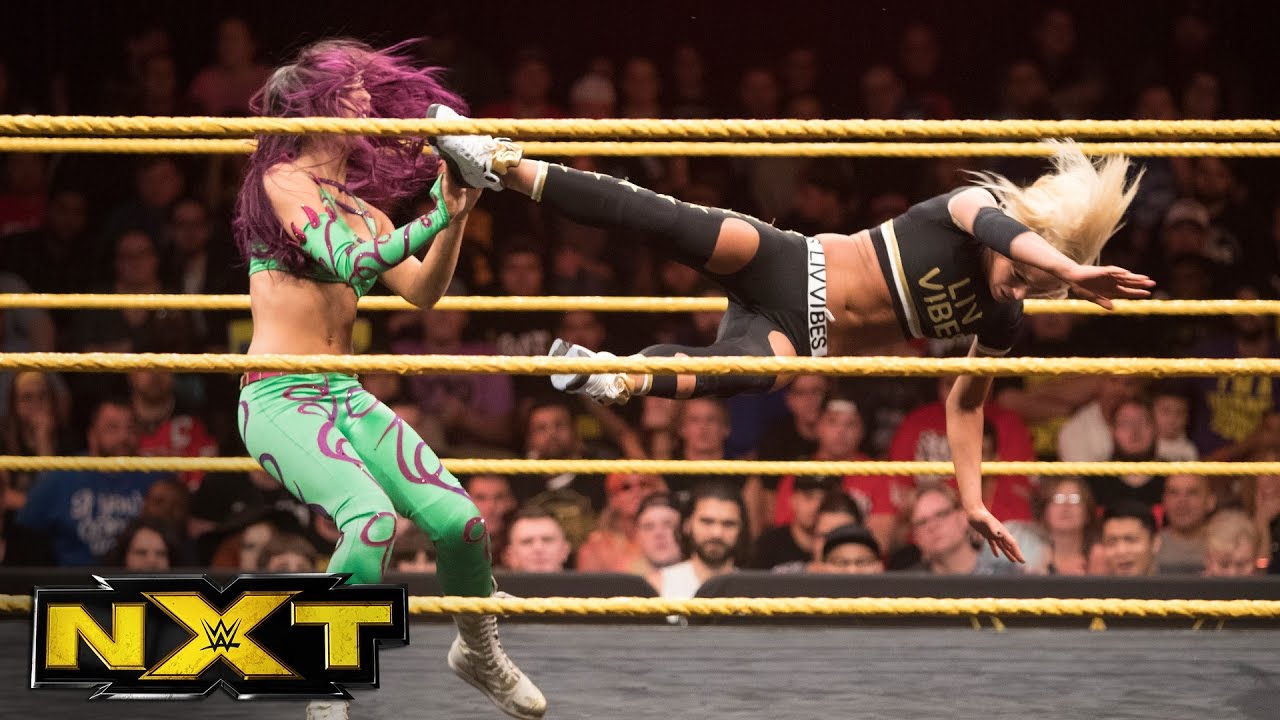 Normally I talk about one or two people in a week, but there are plenty of people to talk about this week. Billie Kay and Peyton Royce have been attacking Liv Morgan for weeks now. Billie and Peyton have gone from relative unknowns during that time to the stars of the women’s division in NXT. NXT has done a really good job of rebuilding the women’s division after the WWE Draft and we’re just now starting to see that come to fruition.

When you have a dominant team like Kay and Royce, you need people to revolt against them and we saw Aliyah attempt that in recent weeks and she did once again this week. Liv Morgan had Peyton Royce beat in a Guillotine choke, but Billie Kay made the save to cause a disqualification. Aliyah came out and got a face full of Royce’s knee for her trouble. It looked like Liv was going to get the same until Ember Moon came down to make the save.

I like this way of introducing Ember Moon to a storyline. I had wondered how long it would take to finally have her be a part of something significant. It looks like these three women will face off against Kay, Royce, and a partner to be named. If I had to guess, Mandy Rose would be the perfect partner for those two. This 6-woman match will go a long way in determining future opponents for the NXT Women’s Championship. Most of these girls haven’t been in many big match situations, so it will be interesting to see how they fare if this match gets confirmed for Takeover: Toronto.

I think Billie and Peyton have been a breath of fresh air for NXT. The women’s division has been largely full of face matchups over the past year for the title. NXT is finally building up some heels to be challengers which is sorely needed. I’m excited to see who the mystery partner will actually be when this match takes place. 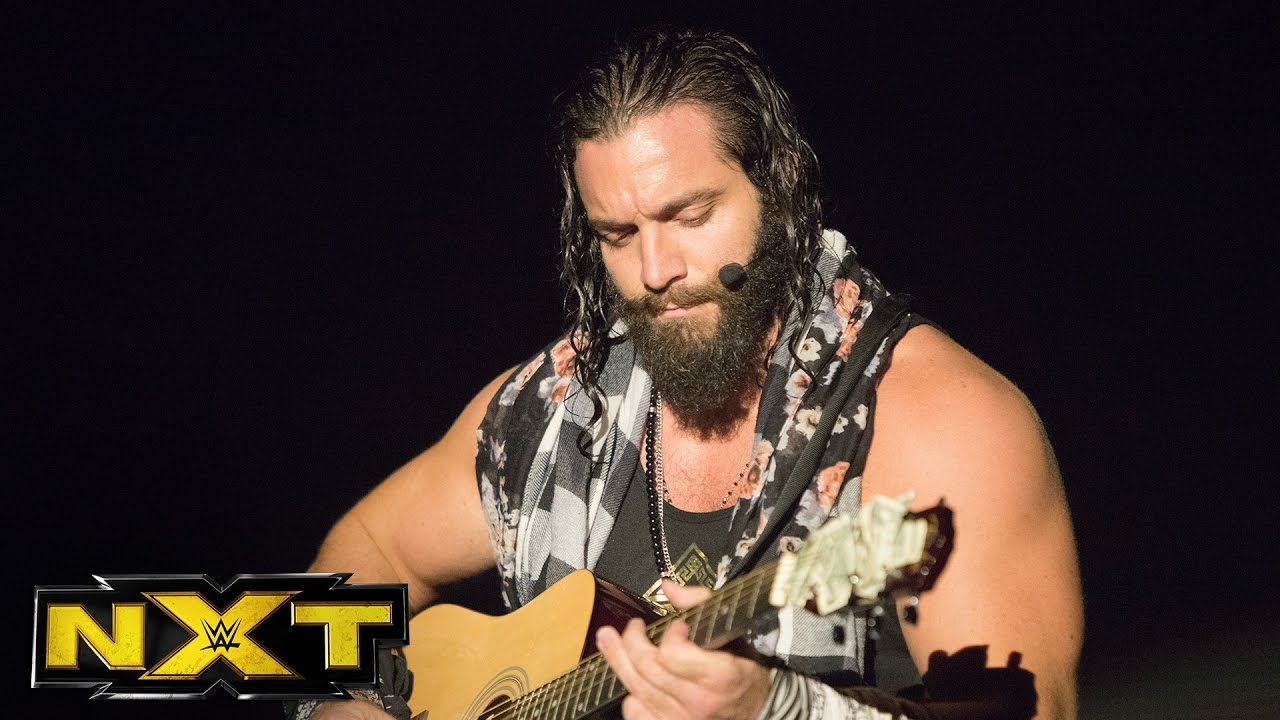 Last week, we saw promos touting “The Return”, but not mentioning who it was for. It turned out to be the return of “The Drfiter” Elias Samson. It was good to see Elias finally return, I’m not sure exactly how long he’s been gone, but it’s been quite a while. He picked up right where he left off with his annoying singing and guitar playing. As much as he does annoy me, I like how easily his character gets under your skin. It’s such a difficult thing to get over with the fans and I think if Elias turns it up a notch, he could be a top heel in NXT.

As far as ring rust is concerned, it didn’t seem like Elias had any. He was super-aggressive in the ring and really had a great presence about him. I’m not sure what Elias will be doing next, but his first feud upon his return needs to be with someone popular so that he can actually get some legitimate heat. I think that will be the best way to build him back up after a long hiatus due to injury.

One of the great things about NXT is their ability to create a feud and wait a few weeks to actually have interaction between those stars while still keeping the feud alive with interviews and vignettes. There’s such limited time in NXT that it necessitates that happening. This was the case for Andrade Cien Almas and Cedric Alexander after Almas attacked Alexander. This week, they finally faced off in a match after weeks of anticipation.

The match itself was much different than the high-flying matches that we’ve seen from both men in the past. I knew that once Almas turned heel, he’d start hitting his stride and it really seems like he’s been able to do that. Almas has some personality now. He actually shows an arrogance and confidence in himself on a consistent basis that he wasn’t showing before. Almas is also a lot more aggressive than he’s ever been. He’s not as flashy. He makes for a perfect heel and I’m glad they finally pulled the trigger on the heel turn.

Almas took the win after a back and forth match and crotching Cedric on the middle rope. I will say that I was impressed with the adaptability of Cedric in this match. Even he didn’t do too much high-flying. It was more of a brawl, as it should be with two hated opponents. I think Cedric is even better than initially thought. I don’t think this is the last we’ve seen of this feud though and I wouldn’t be surprised to see another match added to Takeover.

Whoever is doing the video packages for NXT deserves praise, each package got me more and more excited for Saturday night. I’m also glad somebody finally mentioned Tye Dillinger’s time in WWE’s ECW.

I’m still taking The Authors for this one. I don’t think a shark cage is going to stop Ellering from interfering on their behalf judging from history.

Best 2/3 Falls for the NXT Tag Team Championship: The Revival (c) vs. #DIY

I’m going with #DIY in this one. The Revival are ready for the main roster and have nothing left to prove in NXT. This match should be amazing.

If this match happens, I’d say the heel team of Kay/Royce/??? will win and it will open up storyline possibilities down the road.

I’m going with Asuka on this one, but I’d prefer Mickie to win. NXT could use the star power in the women’s division right now.

I’m going with Nakamura. I think Joe is pretty much done in NXT or will be by the Royal Rumble.

This one’s tough. I have to go with Roode here even though it may just be Dillinger. I’m fairly on the fence.

NXT Takeover: Toronto is this Saturday and I’ll have my analysis of the show afterward on FYIG.