This week on NXT (11/9/2016) the finals of the Dusty Rhodes Tag Team Classic were solidified while Joe and Nakamura signed on the dotted line. 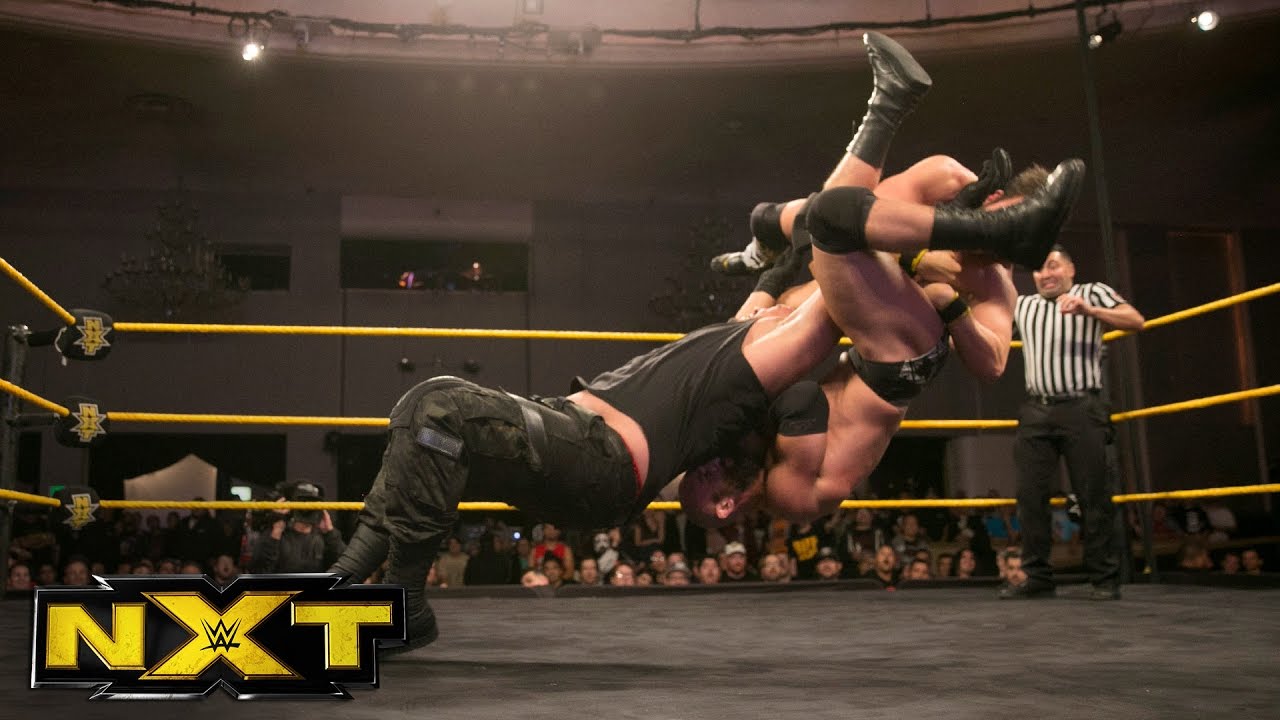 We were treated to a couple semi-final matches in the Dusty Rhodes Tag Team Classic this week with the first of which being #DIY vs. The Authors of Pain. This match was actually a lot closer than I would have assumed it would be. I really expected The Authors to take this one in pretty short order. Gargano and Ciampa definitely made it interesting and actually had the upper hand a couple times throughout the match. Unfortunately, The Revival would spoil the party and cost #DIY the match and The Authors of Pain would advance to the finals. I believe they’ll ultimately win the tournament.

It all worked out like I thought it would with The Authors getting to the finals, but there was also an unlikely benefit to the interference. NXT GM William Regal announced that The Revival would face #DIY at NXT Takeover: Toronto in a 2 out of 3 Falls Match for the NXT Tag Team Championship. If you saw their match at Takeover: Brooklyn, you know just how exciting a match between these two teams under those stipulations will be. That will likely be the match of the night.

I can’t say enough good things about Gargano and Ciampa. They’ve been so incredible in the ring together and have had great matches with every team they’ve been in the ring with. They’re very adaptable to the opponent that they face and they play the role of the underdog so well. I would love to see them win the tag titles in Toronto and in turn see The Revival brought up to Raw to finally dethrone The New Day. That’s my perfect situation. 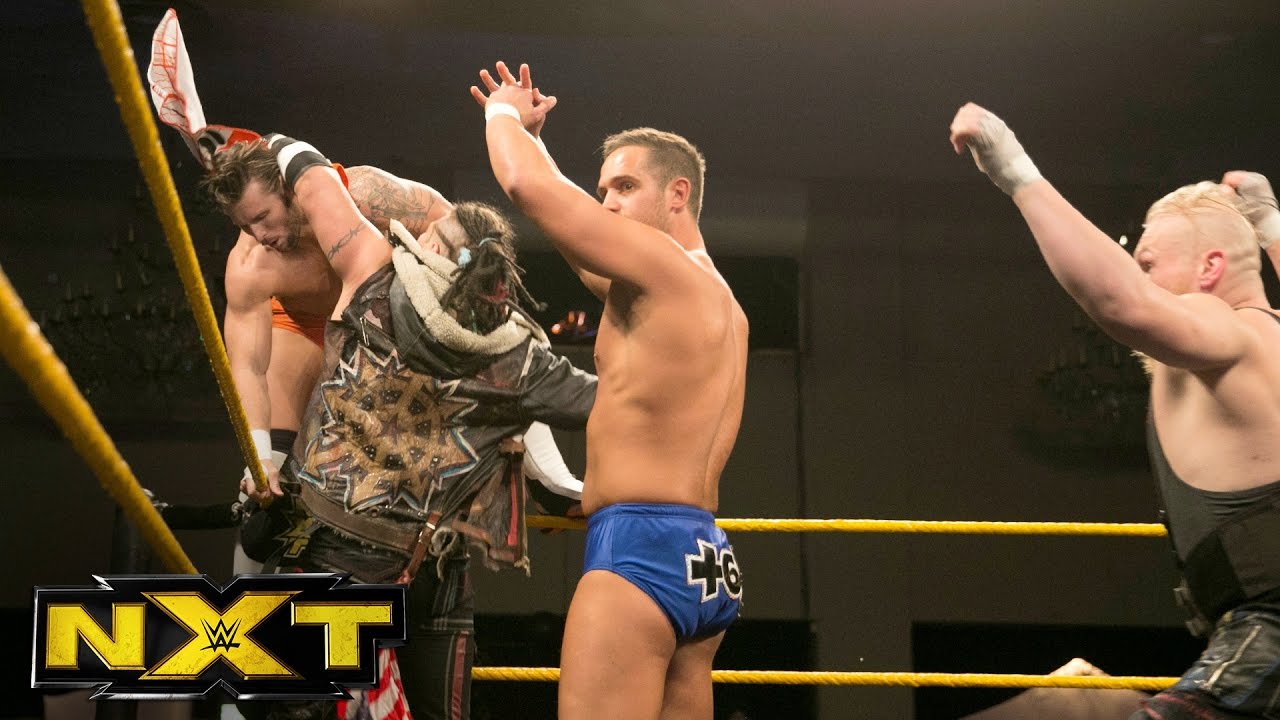 In the second match in the tournament of the night, Sanity took on TM61. I love Sanity because they are such a hard-nosed team that doesn’t give their opponents any room. Young and Cross starting attacking Thorne and Miller before the match even began. It really looked like TM61 had no chance in this match, especially when Miller was taken out for a good portion of it. Miraculously, TM61 did get a quick pinfall to take the victory angering Sanity.

I’m not so sure the bad blood between these teams is over. I’m kind of annoyed that Sanity didn’t go on to face The Authors of Pain as I feel that would have been a fun match. I can’t be too upset, though, because TM61 truly deserve to get some high-profile victories. These guys have been around NXT quite a while now and they always put forth quality performances. I’m really interested to see what’s next for Sanity, they have so many different directions that they could take. I’m sure it’ll be something entertaining, no matter what it is.

I have a real problem with taking away a famous last name from a 2nd or 3rd generation talent. I get the idea of letting them try and make it without their name value, but it just looks weird when everyone already knows. I much prefer Rachael Ellering. She’s an Ellering, call her that.

Anyways, Evers faced off against Ember Moon on NXT. The two had a fairly quick match and Ember won with the Total Eclipse which is still as awesome as the first time I saw it. That move just looks downright destructive. Ember Moon has that certain star power that can’t be taught. She has an aura every time she goes to the ring. The crowd is mesmerized by the entire character and I love that. It’s something that is rare, but so incredible when it happens. If/when she faces Asuka, it’ll be a battle for the ages. 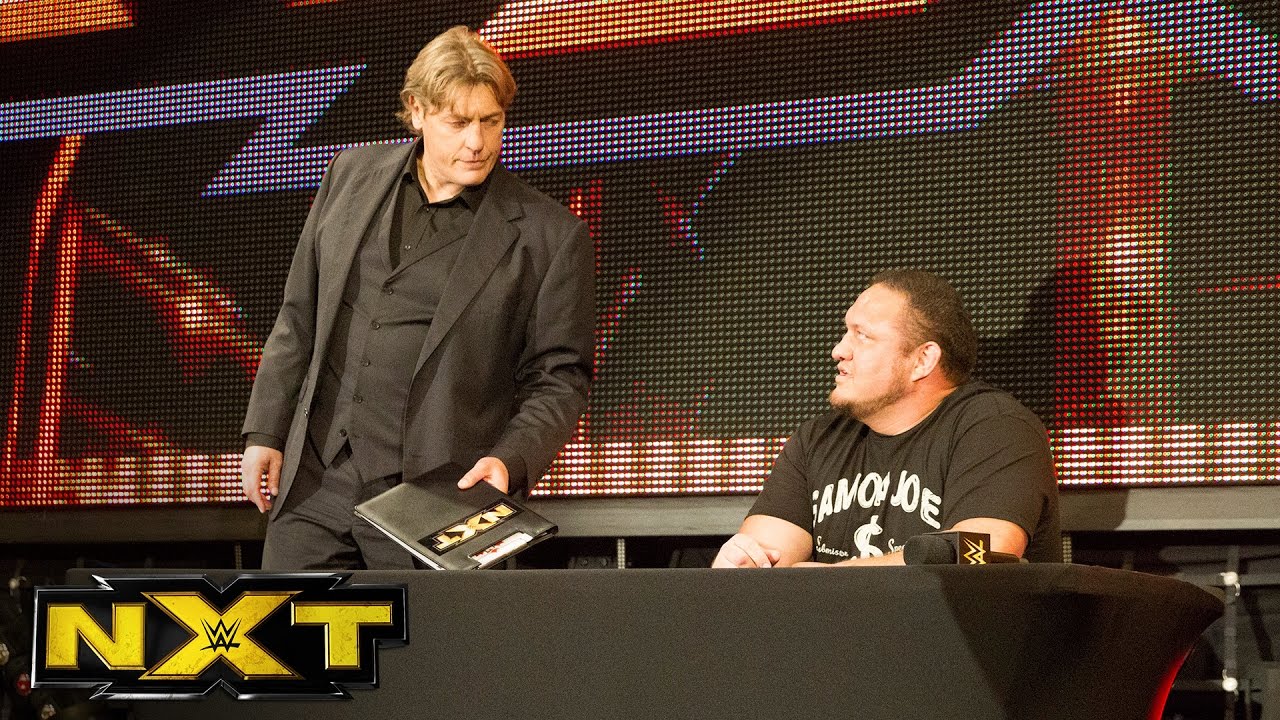 I hate contract signings. They’re boring and serve no real purpose. It’s like wrestling weddings, they always end up in brawls. This contract signing was a bit different. It was a test of power between two larger than life personalities. First, Joe wouldn’t even come into the ring to sign the contract and made Regal bring it to him. Then, Nakamura took out an entire security force and put one of them through a table. Advantage Nakamura.

I think the end of this feud will be at Takeover. These two can’t do a whole lot more with each other in my opinion. I did say that about Joe and Balor though and they had a string of big matches so I might just be wrong. One way or another, it’ll be a hard-hitting match next weekend in Toronto.

NXT was great this week. They always find a way to fill the entire show with meaningful segments and I can’t praise that enough. NXT keeps my attention for the whole hour while SmackDown and Raw have a hard time keeping it for a half hour out of a 2 and 3 hour show. Sometimes less is more.