This week on SmackDown (11/22/2016), James Ellsworth battles AJ Styles in a Ladder Match for a SmackDown Live contract! 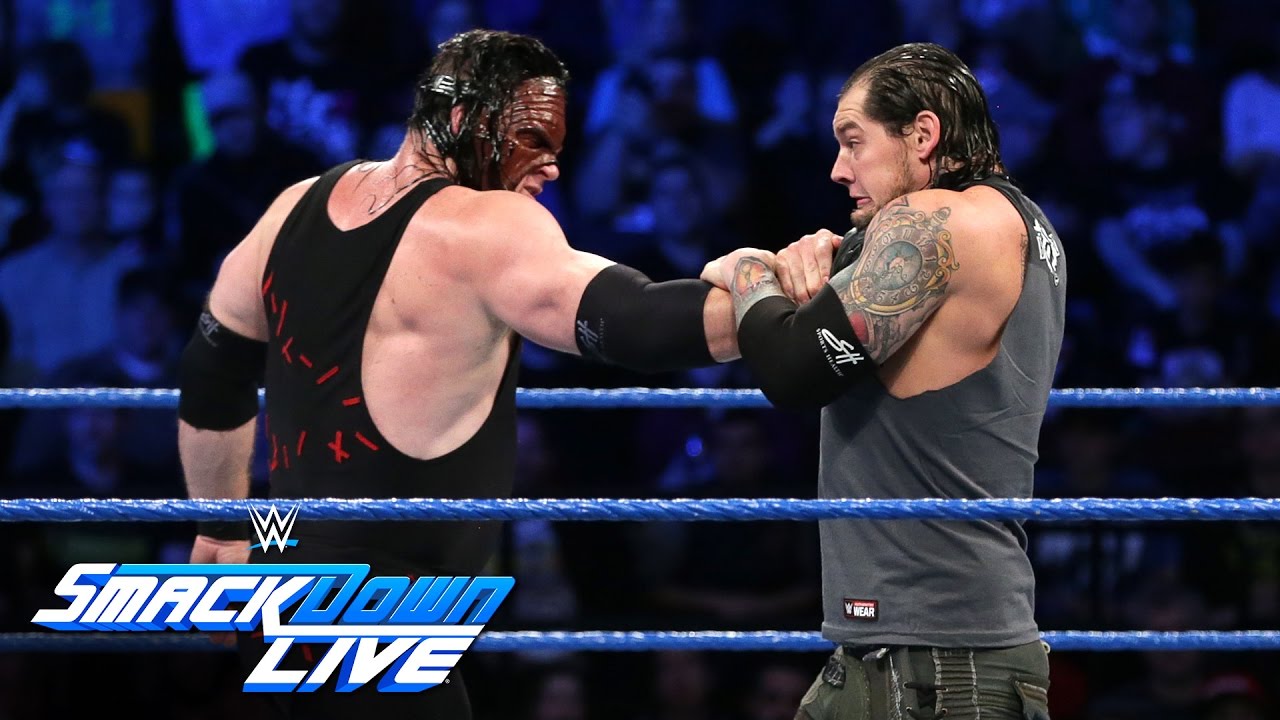 The feud between these two was apparent all over SmackDown with Corbin interfering in Kalisto’s match for the Intercontinental Championship and costing him the match. Later on in the show, Kalisto attacked Corbin during his match with Kane including performing a Van Daminator with a chair.

I had wondered what the reason for having the chair attack was, but SmackDown GM Daniel Bryan answered that on Talking Smack. At TLC, it will be Baron Corbin vs. Kalisto in a Chairs Match. Now I, for one, am not a fan of the Chairs Match. I think it’s gimmicky and kind of stupid if you ask me. What’s the difference between that and a Hardcore Match? Well, not much, except this is just chairs. You can only do so much with chairs and I think Corbin facing Kalisto is kind of pointless to begin with unless Corbin destroys him. 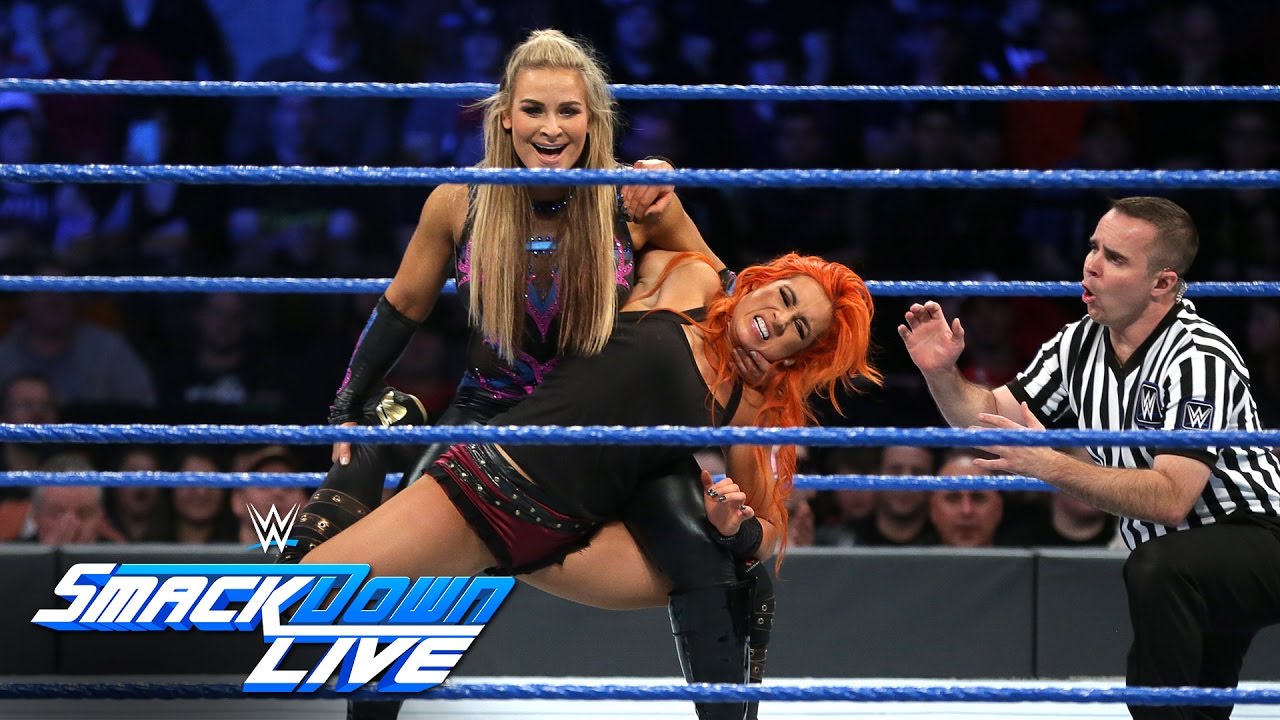 Alexa Bliss walked into Shane McMahon and Daniel Bryan’s office to find out when she would be getting her SmackDown Women’s Championship rematch. Before Shane could get the words out of his mouth, Becky walked in and told Alexa she would get her rematch at TLC. Alexa would attack Becky after her match with Natalya and leave her lying in the middle of the ring after a DDT.

I really think that Becky’s title reign could be in jeopardy at TLC. Alexa has been one of the most prominent female stars on SmackDown as of late and had a great showing at Survivor Series. It might be her time to hold the title. I would like to see more out of Becky first. I am disappointed that this hasn’t been announced as a Ladder Match or TLC Match, but here’s hoping they do that next week. There’s still time.

I wanted to write a little bit on Natalya because she’s been so entertaining using songs in her promos and talking about her cats and things of that nature. She’s being herself and it shows. I think the one thing that has always stifled Nattie’s career is that she never let loose with her personality enough for the WWE brass to give her a long title run. I feel like that run may finally be coming sometime within the next year. She’s certainly one of the most talented women on the roster and deserves a title reign that recognizes that. 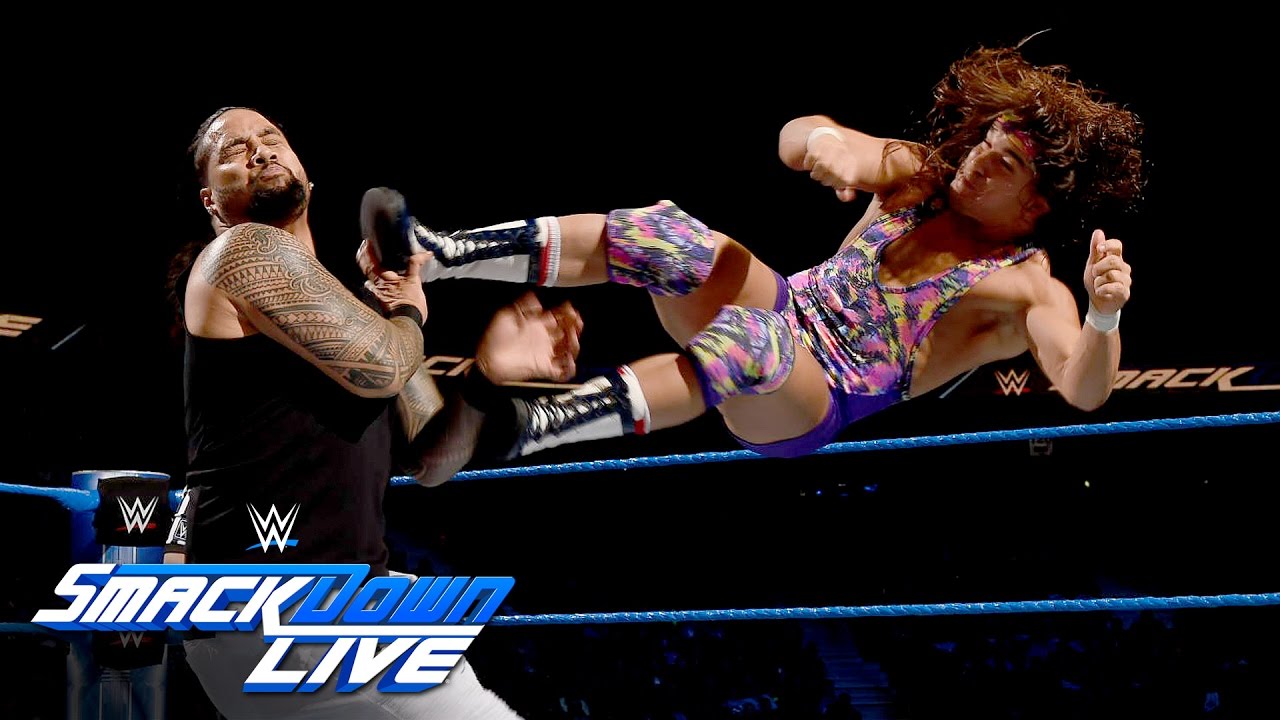 It was great to see SmackDown bring back the Tag Team Turmoil Match. Basically, two teams start and a new one comes out every time a team is eliminated. It’s a good concept and perfect for Number One Contender matches. The problem on this night was that it absolutely didn’t matter.

After defeating Jimmy and Jey Uso, American Alpha thought they were the number one contenders, but apparently, that wasn’t the case. Bray Wyatt appeared and said that next week he and Randy would be coming for American Alpha. How do you have someone win a match for the right to face the champions if they then have to have another match? Terrible choice and one that makes no sense. The Wyatts could have easily been in that match and we would have been fine. They just needed a good match for next week so they strung it along. 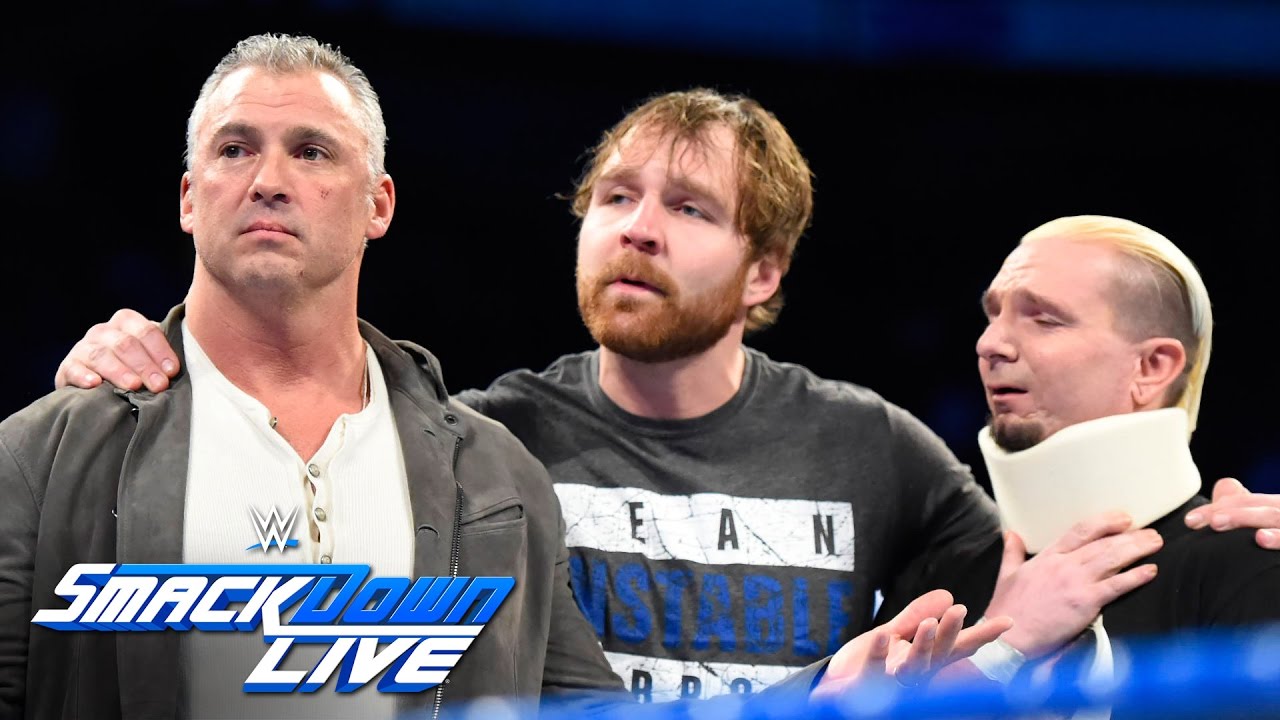 James Ellsworth was offered a SmackDown Live contract at the start of the show but decided to face AJ Styles in a Ladder Match for it instead after Styles said he hadn’t earned the contract. It was a weird decision and one that I didn’t really understand considering Ellsworth never really has “matches”, they’re usually squashes.

Dean Ambrose spent the whole night running around the arena with various things like pizza, a Mountie outfit, and finally an Ottawa Senators jersey. This is all after he was sent home by Shane. He never actually went, but he was told several times. Ambrose attempted to help Ellsworth, but Styles took him out with a Phenomenal Forearm.

The climax of the match came when Ellsworth knocked Styles off the ladder and out of the ring and then Superkicked him when he came back in the ring. Styles then got tied up in the ropes and Ellsworth climbed the ladder to grab the contract. Ellsworth is now an official part of the SmackDown brand.

I don’t know how I feel about this one. How long will it be before people start souring on this guy? Sure, he’s the feel-good story right now, but what are you going to do with him long-term? I could easily see him sticking around until Wrestlemania and then being done with the company if he even makes it that far. 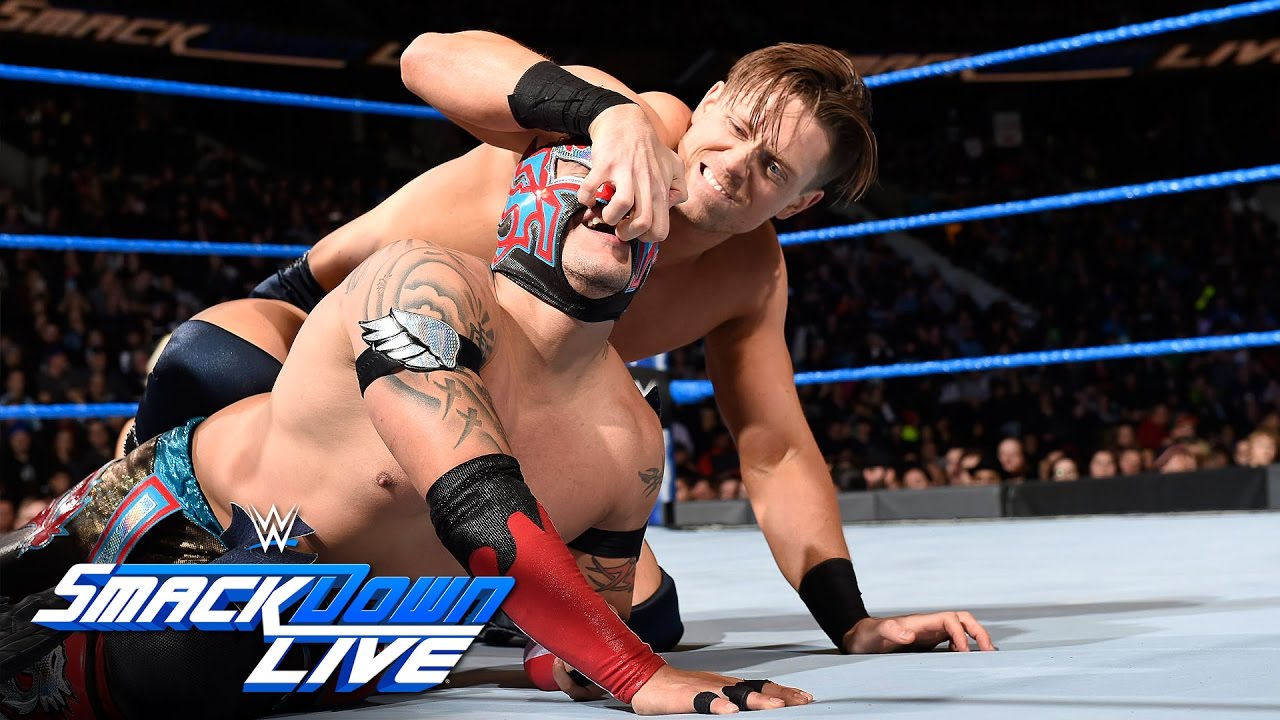 The Miz was attacked by Dolph Ziggler after his match with Kalisto. We learned after that encounter that Dolph Ziggler will indeed once again challenge The Miz for the Intercontinental Championship in a Ladder Match at TLC. This is being billed as the last meeting between the two, no matter who wins. This war finally ends in just over a week.

WWE has had a problem with the way their PPV schedule is. The main issue is that there is no build time to some brand-specific PPVs. SmackDown did a wonderful job building the entire TLC event in one show and it actually looks like it’s going to be a good one so hats off to them for that.