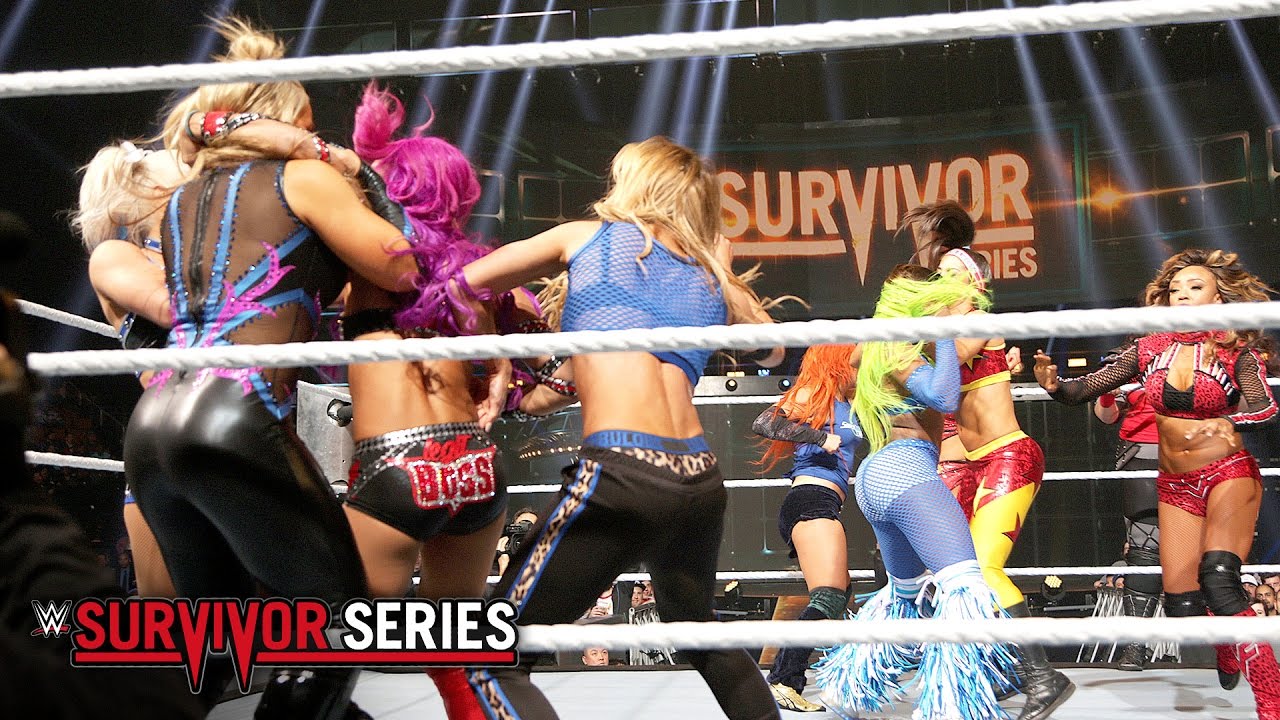 The night started out just fine with Team Raw entering first and then Team SmackDown. That was all well and good until Nikki Bella’s music started playing and she was nowhere to be found. It just so happens that Nikkie was attacked backstage by an unknown assailant. It really looks like it was Natalya who did it considering she was the only one backstage. I’m sure that will be revisited on this week’s edition of SmackDown. Regardless, Nattie replaced Nikki in the match. 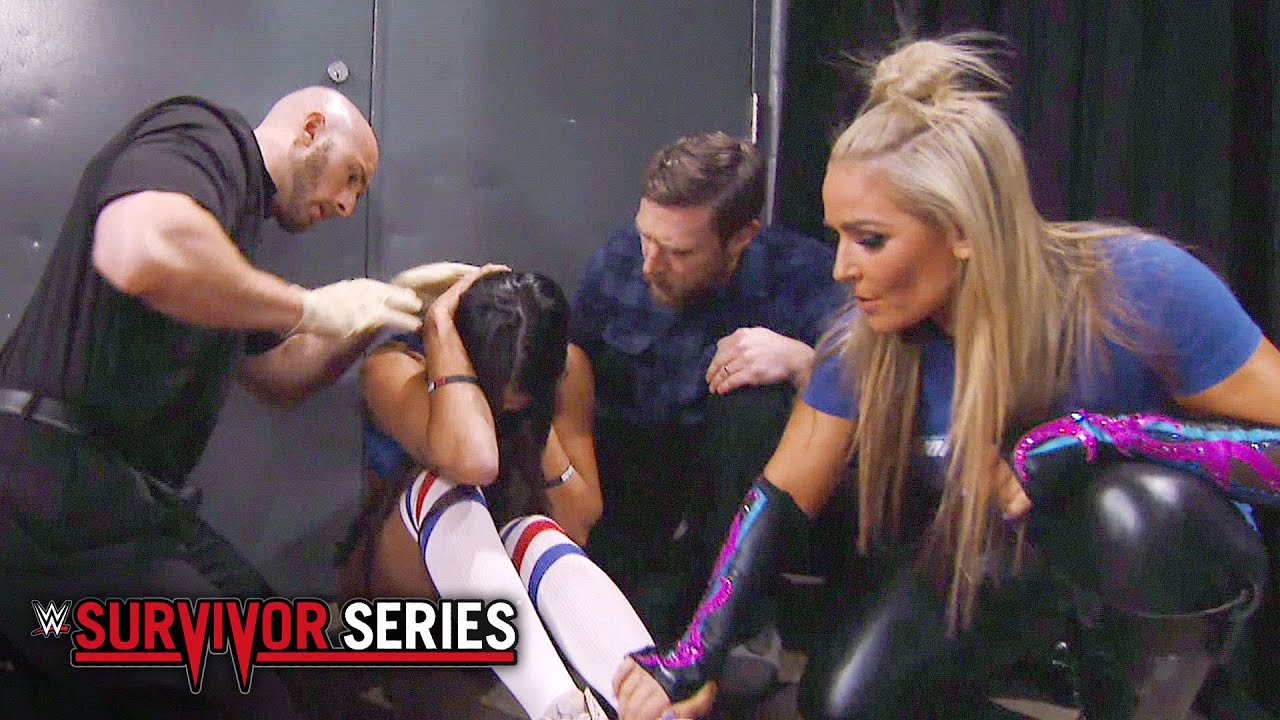 The first elimination match of the night had a few memorable moments, but nothing too crazy. Becky managed to eliminate Nia Jax with the Dis-arm-her which I thought was a pretty big statement of her importance to the brand. Nia looked dominant in the early going and I really expected her to survive the entire match. Alexa Bliss was in there for a long time and really pleasantly surprised me in terms of how much she was showcased.

The real story of this match was the end of it which had Bayley defeat Becky Lynch to win for her team and leaving her and Charlotte as sole survivors. For a second it looked like these two ladies would share in their victory, however, that wasn’t the case. After Charlotte had her hand raised, she immediately destroyed Bayley and left her lying. It looks like Bayley is for sure on a quest for the title at this point. I was a little underwhelmed with the women’s match. I felt like more could have been accomplished. It would have been a great way to reintroduce Emma for instance. 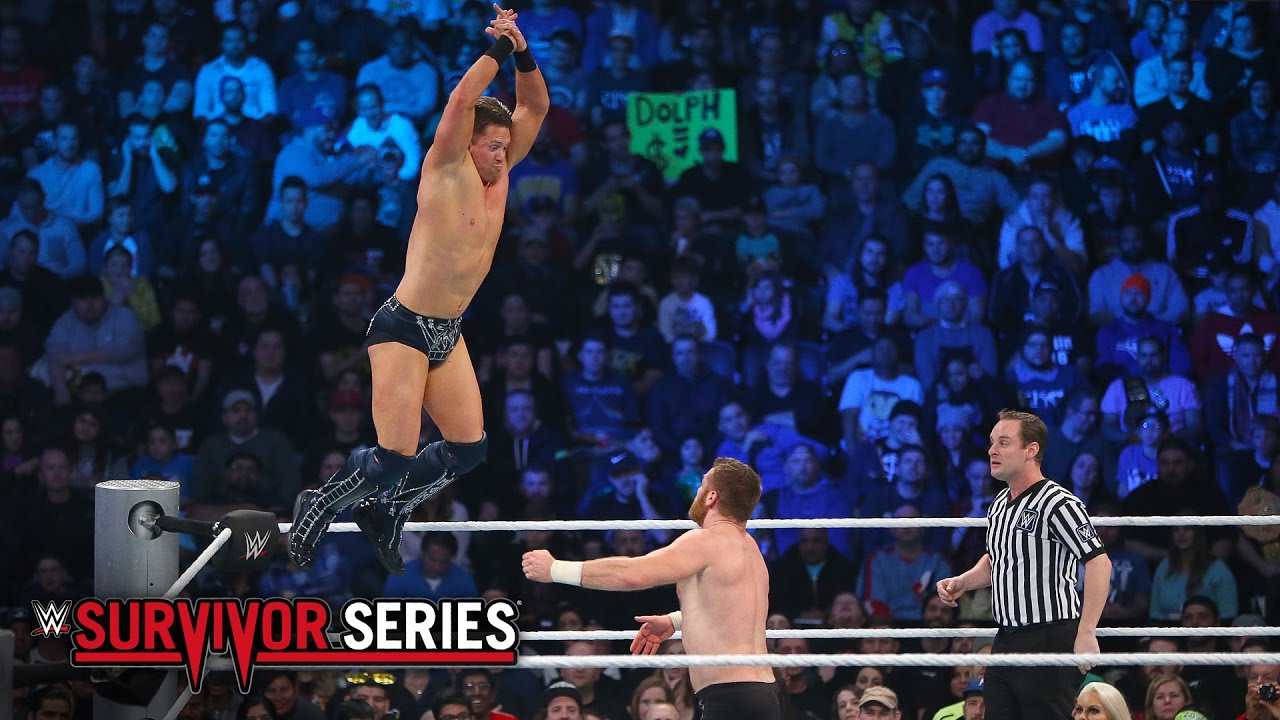 The story of this match was that if Sami Zayn won, the Intercontinental Championship would go to Raw, if he lost, it remained on SmackDown. The whole match revolved around The Miz attacking the leg of Sami Zayn and trying to wear him down. It was classic heel tactics, but it looked like Sami Zayn might actually come back in the match and win. That wasn’t the case.

Sami did seem to win the match as the bell sounded when he had a submission set in. What he didn’t realize at the time was that Maryse had rung the bell herself. The Miz took this opportunity to roll up Zayn and get a quick 3-count for the win. The Intercontinental title will remain on SmackDown.

I felt like there wasn’t much of a point to this match if Zayn wasn’t going to win. I guess we’ll see if it sets up something for Sami on Raw. I sincerely hope that’s the case because he can’t be pushed to the side for much longer without it hurting him in the long run. 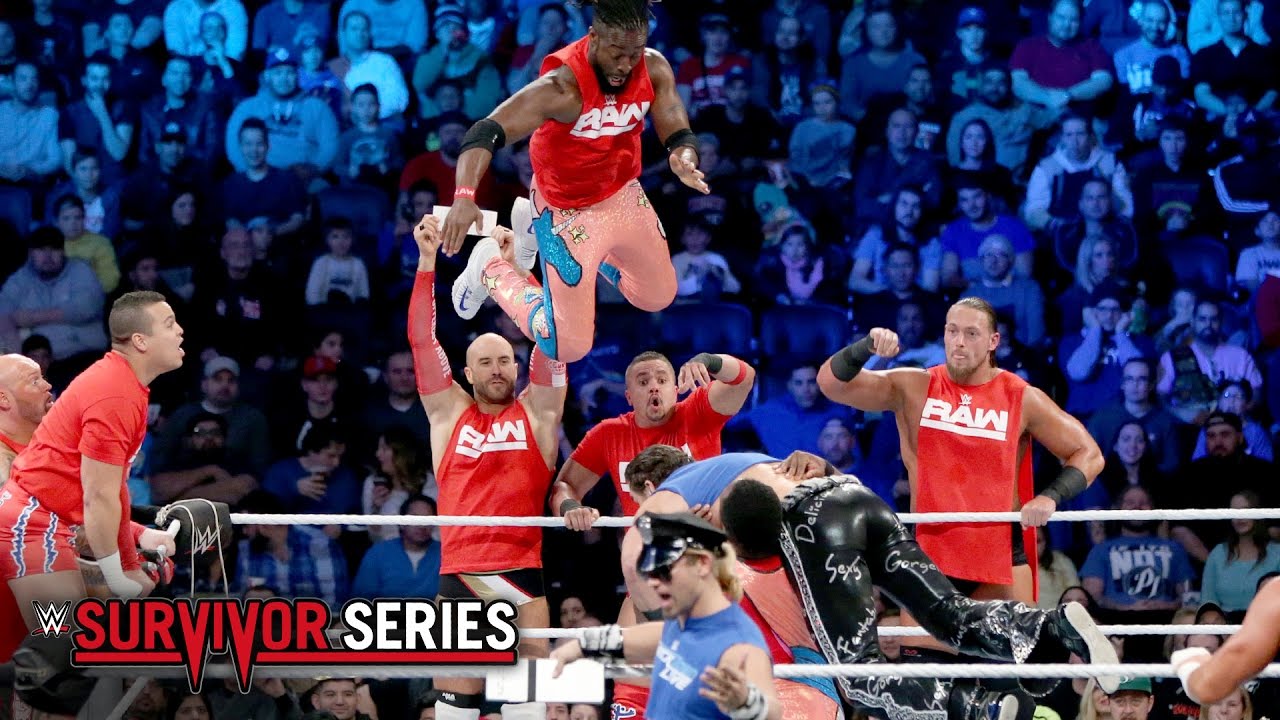 The tag-team match was a fun one to watch and kind of interesting. The way this one worked is that if one team member was eliminated, the whole team is eliminated. It allowed some of the stronger team members to be eliminated by association with weaker team members. That was the case with teams like Enzo and Cass and The New Day.

Speaking of The New Day, they got eliminated just minutes into the match by The Usos after Kofi took a superkick. The big story of this match happened to be The Usos battling with Cesaro and Sheamus in the final minutes. These two teams went back and forth, but ultimately Cesaro won it with a Sharpshooter.

This was yet another match to further a storyline on Raw making it feel like this show is going to be all about Raw. I applaud the creative team for making this show actually mean something, but you have to show both shows some love at the same time. 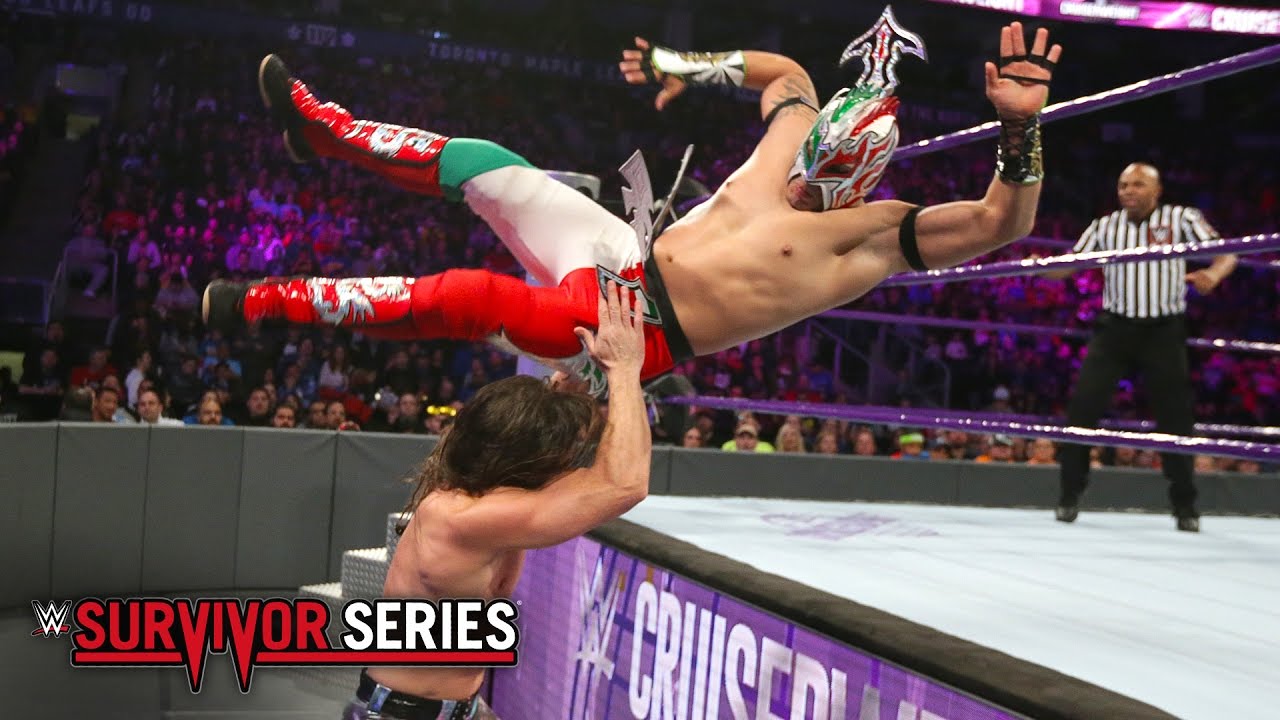 This match made a lot of sense for a number of reasons if the Cruiserweight Division was indeed coming to SmackDown. It gave the opportunity for another Crusierweight to enter the fray since Kalisto isn’t on Raw and it would give SmackDown something over Raw for once. Well, that’s not what happened.

I’ll take nothing away from this match, it was going really well and I was into it from the get-go. Kendrick and Kalisto were putting it all out on the line and Kalisto almost had Kendrick beat if it weren’t for a foot on the ropes. Enter Baron Corbin.

Baron Corbin entered the ring and knocked The Brian Kendrick to the side. This is an immediate disqualification for Kalisto and The Brian Kendrick keeps the championship. This move made absolutely no sense to me. When does a heel ever attack the other heel first? It was done simply to service the storyline. The other thing is, Baron Corbin is well enough to attack so he’s certainly well enough to be on Team SmackDown for Survivor Series. It was a poorly constructed way out and I was annoyed that it ended that way. 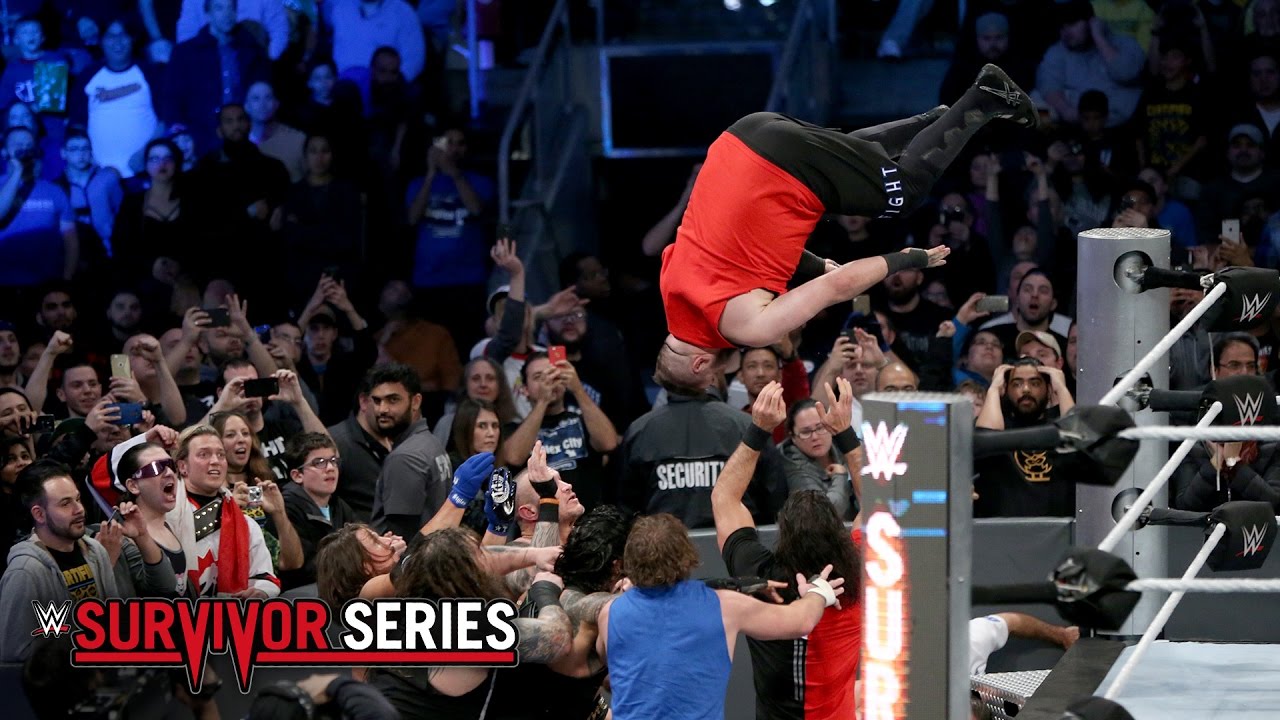 The main Survivor Series match definitely was the match of the show, as it should be. I really enjoyed watching this one. It had the big match feel of the match between The Alliance and WWF in 2001. We had moments like Shane’s Leap of Faith, Ellsworth holding Braun’s leg and then getting put through a table, a Shield reunion, AJ and Dean beating each other down. The match had everything in what I would say is controlled chaos.

One huge moment was a Roman Reigns Spear as Shane was going for a Van Terminator. I don’t think I’ve ever seen a Spear with that much force on it. Shane was taken away by the medical team on that one and I’m not so sure he’ll be ready for SmackDown Tuesday. Another big moment was Owens using “The List” to save Jericho, and Jericho being in complete shock trying to catch all his papers after it.

The story of the match was The dominance of The Wyatt Family who managed to be the Sole Survivors after eliminating Reigns. Orton sacrificed himself to a Spear to save Wyatt and Bray hit Sister Abigail for the 3-count. Watch this entertaining bout if you haven’t already. 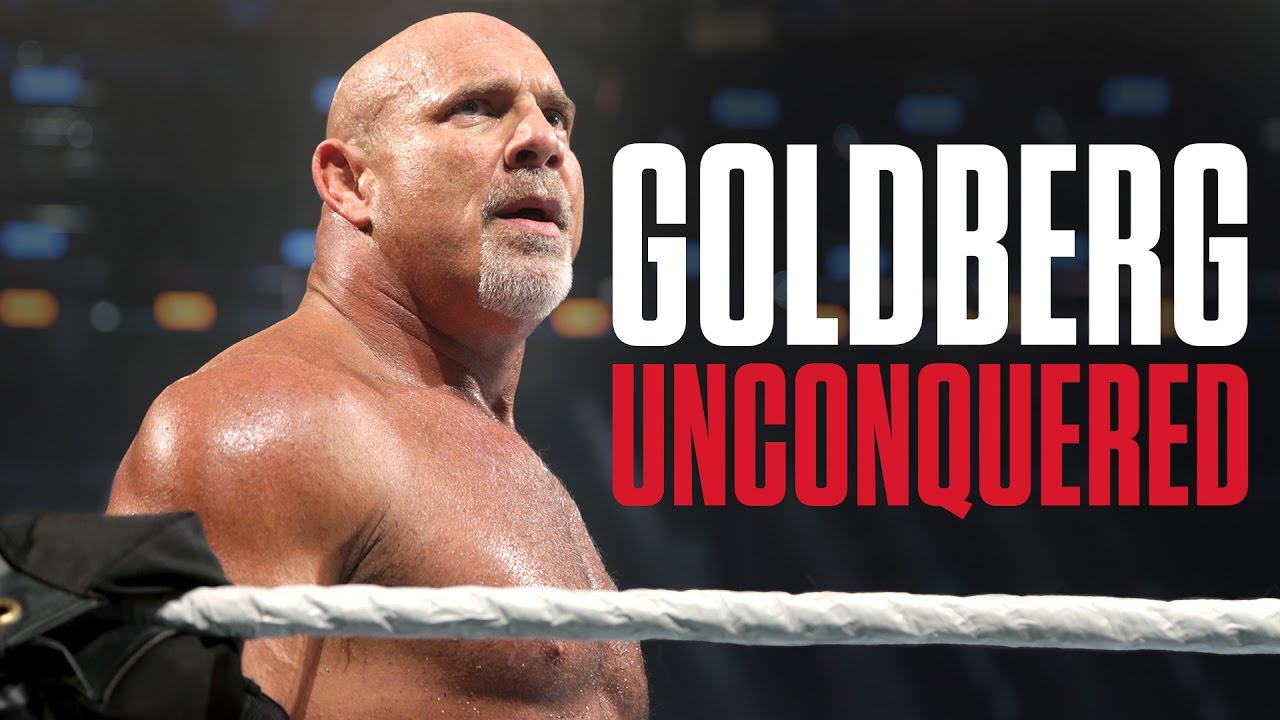 This match was classic Goldberg and it made the crowd go crazy. I believe it lasted 1 minute and 24 seconds and consisted of 2 Spears and a Jackhammer. Goldberg was victorious over Lesnar in short order and it worked for everyone involved. WWE finally used Goldberg properly. That’s what he was, an attraction, not unlike Brock himself. Goldberg beat people swiftly and went back to the locker room. That’s exactly what happened at Survivor Series and I can see this feud with Lesnar continuing well beyond that.

Survivor Series was better than I expected. I thought Raw looked a little too strong as was expected, but it was the first pay per view in a long time that kept my attention throughout the bulk of the show. I think the competition factor made this year’s Survivor Series better than it has been in years.