This week on SmackDown (12/20/2016), James Ellsworth finally gets his title match while La Luchadora makes her debut on the blue brand! 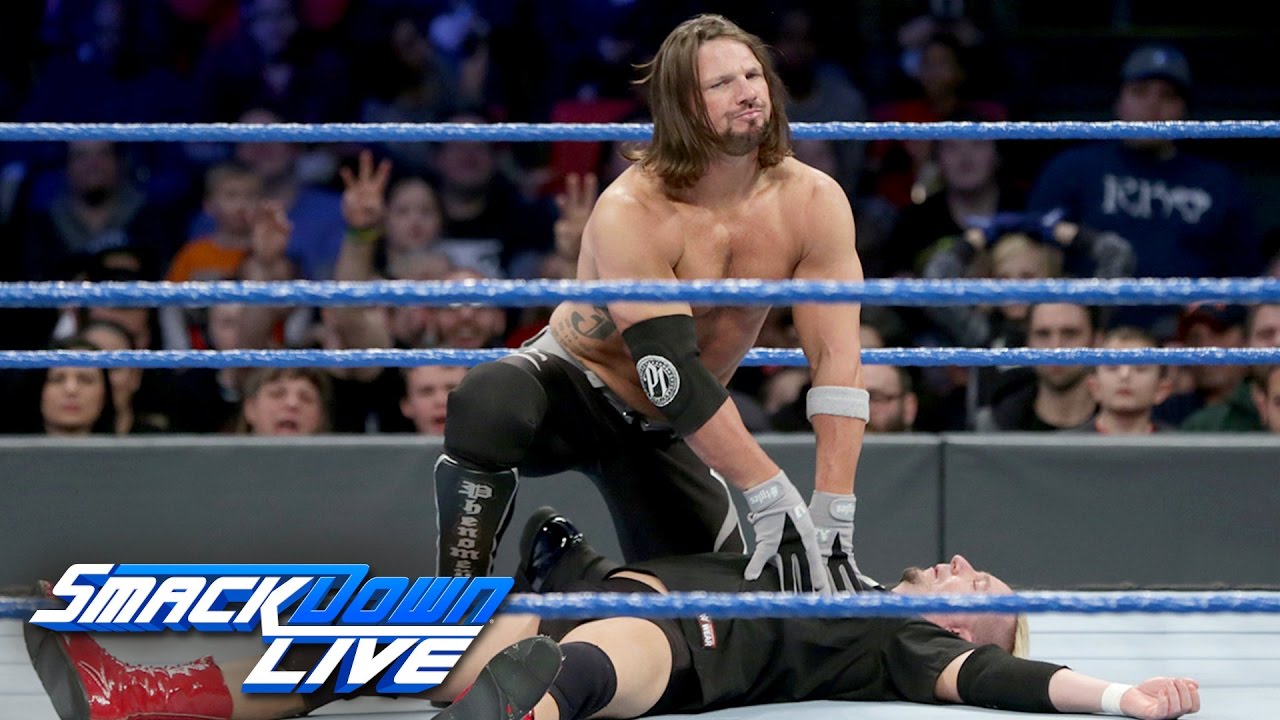 James Ellsworth finally got his WWE Championship match on SmackDown this week. It lasted all of 30 seconds before Styles pinned him to retain his title. This was obviously the expected finish, there was no way Ellsworth was ever going to hold the title, even for 5 minutes. AJ continued the beatdown on Ellsworth and then claimed that it was time for him to move onto 2017 since he’s already done everything in 2016. 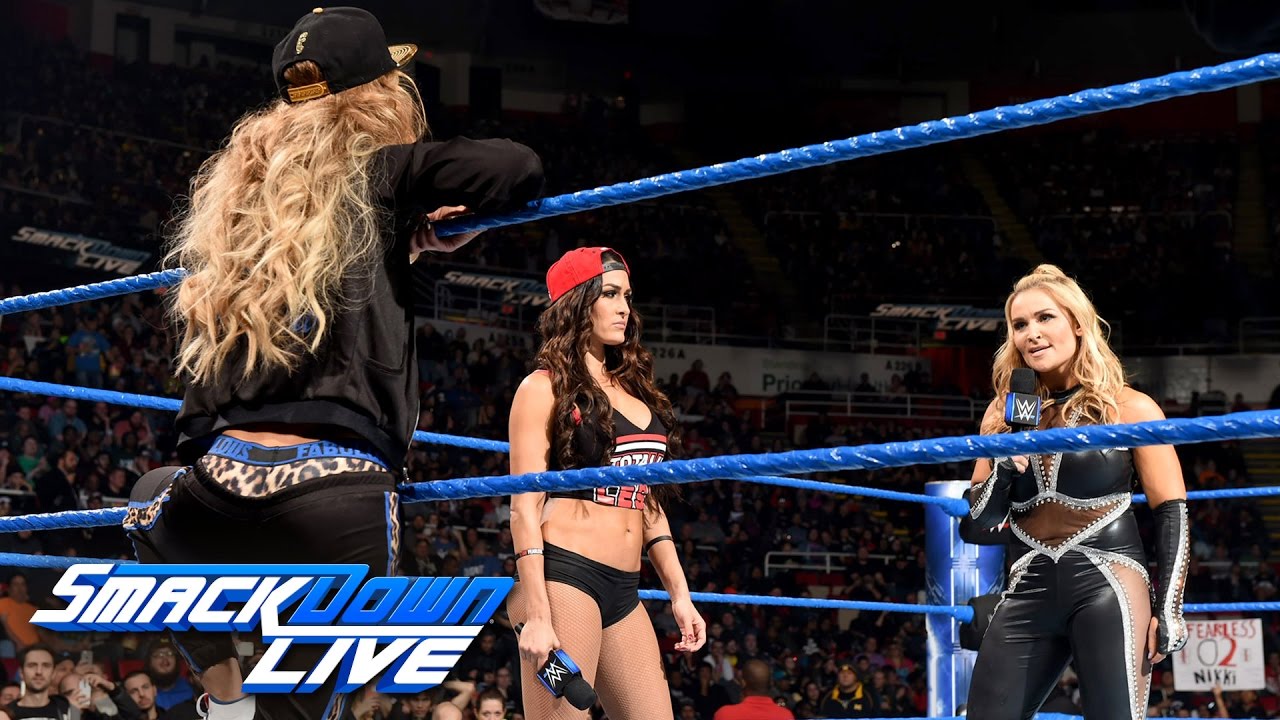 After week’s of speculation, Natalya finally came clean with Nikki about being the one who attacked her. I was actually not so impressed with Natalya’s promo. It felt very forced to me. She used “b***h” twice while she was going through it and it just seemed a little awkward. She mentions Nikki only getting things because she’s beautiful and Nikki stealing Natalya’s spotlight. Natalya also mentioned that she was wrestling royalty while Nikki is not.

While the focus of this is supposed to be on Natalya, my focus continues to be on Carmella who has been amazing on the microphone. Carmella sounds like she’s just talking, nothing sounds scripted, she’s one of the best in the Women’s Division on the mic. I fell like Carmella is going to be a huge star when she eventually gets her championship opportunity. As good as Nattie is in the ring, her promos need to be more organic to make it feel more impactful. I feel like a lot of Divas who came up in the PG Era have that problem, Nikki included at times. The NXT call-ups definitely seem to have a leg up there.

I think a feud between Nattie and Nikki can be pretty good. If you add in Carmella to the mix, it will be that much better. Speaking of Carmella, she came to the defense of James Ellsworth as he was being interviewed after being beaten down by AJ Styles. I really don’t know what Carmella is up to here, but I’m interested to see where it goes. 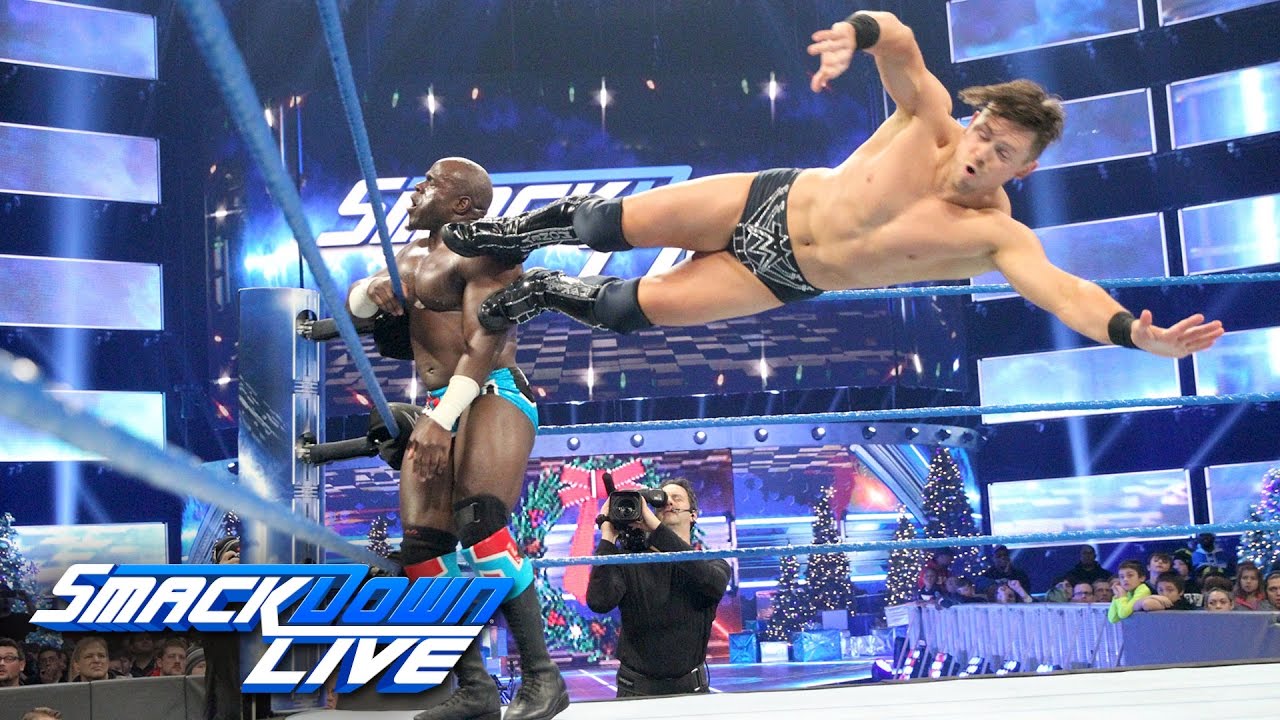 Apollo Crews got his opportunity at the Intercontinental Championship on SmackDown after beating The Miz at last week’s Tribute to the Troops. Crews had the upper-hand on The Miz at points during the match. Maryse ended up getting thrown out after trying to interfere only for The Miz win after a rake to the eyes and Skull Crushing Finale.

The story of the night wasn’t retaining the title, though, it was the post-match interview. Renee Young came into the ring to ask The Miz about his obsession with Dean Ambrose which Miz turned around on Renee when he said, “You’re sleeping with him”. Renee then slapped The Miz. Ambrose defeated Luke Harper later in the evening and nothing was really mentioned about The Miz, which I found odd. 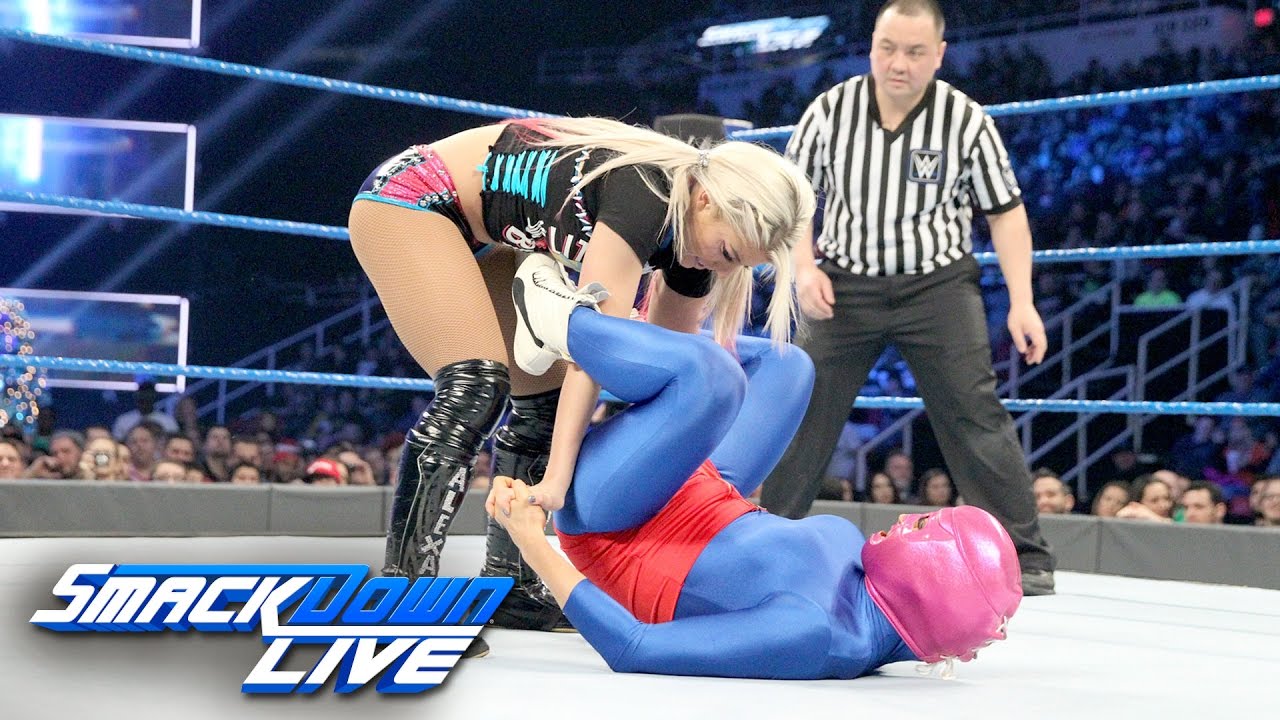 Alexa Bliss told Daniel Bryan how much her knee was bothering her and that he should punish Becky accordingly. Bryan responded by putting her in a match against Becky for the SmackDown Women’s Championship next week. The other stipulation was that she would have to face a new opponent tonight or be stripped of the title. That new opponent happened to be La Luchadora.

La Luchadora was, of course, Becky Lynch who defeated Alexa with the Dis-Arm-Her. I liked this little nod to Los Conquistadors from the Attitude Era. It was a quick fun match that didn’t hurt anything. I’m hoping that Bliss keeps the title next week, but I have my reservations on that actually happening. I think she’s been a good heel champion so far and I’ve had no complaints from anything she’s done on TV. 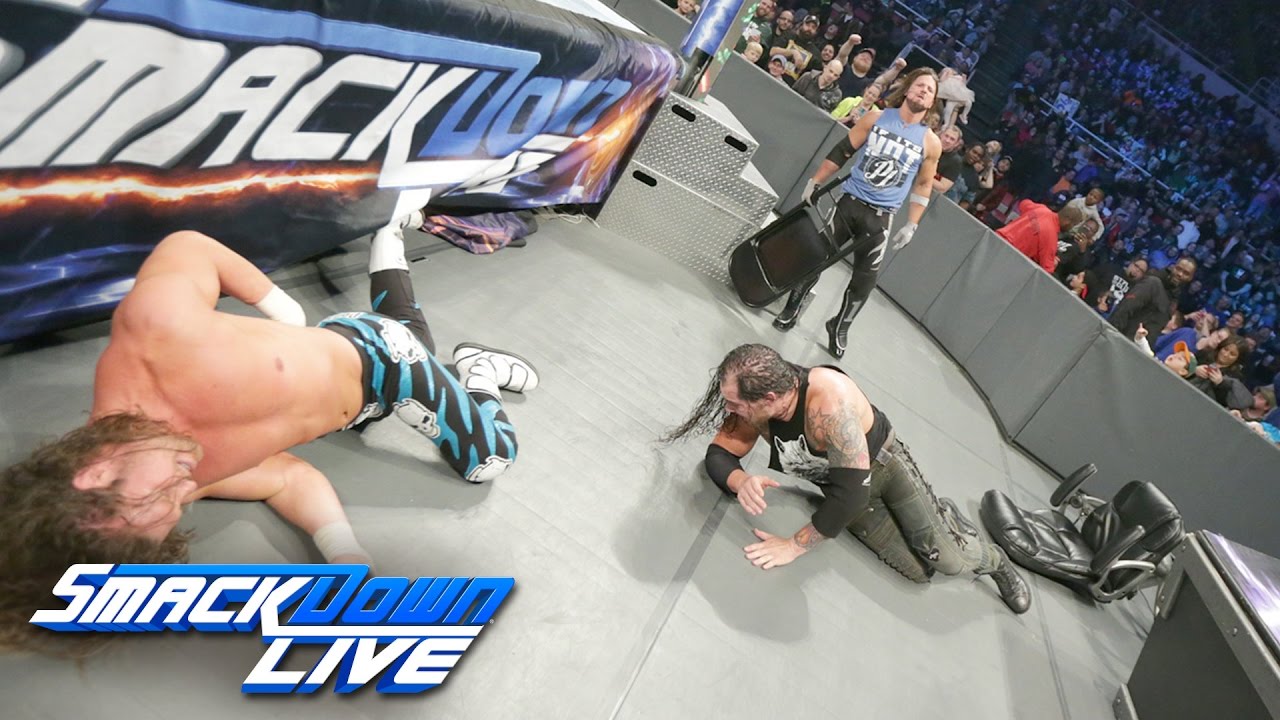 Both of these men tried to stake their claim to be Numbe One Contender for the WWE Championship, so Daniel Bryan made them face off for that spot. Dolph and Baron ended up fighting to a double count-out and AJ Styles came out to beat both men down with a steel chair. Daniel Bryan ended up making a Triple Threat Match for next week between all 3 men for the WWE Championship.

I don’t see either of these guys taking the title from AJ Styles at this point. It doesn’t make very much sense heading into Wrestlemania season. I’m really happy that Baron Corbin is finally getting the opportunity near the top of the card that he deserves. It’s nice to see Dolph get another shot to with all the great work he’s done in recent months. It should be an exciting match next week on SmackDown.

Mojo Rawley defeated Curt Hawkins and had Ryan Phillippe come in the ring to pose after the match. SmackDown keeps getting random celebrities each week to make pointless appearances. I know Ryan is a part of Shooter on USA, it just seems kind of strange.

John Cena returns next week which should give SmackDown a good boost heading into Wrestlemania season.

There will be a 4 Corners Elimination Tag-Team Match for the SmackDown Tag Titles next week between The Usos, American Alpha, The Wyatt Family, and Rhyno & Slater.

It was a great episode of SmackDown this week with a clear direction for everything and a lot of build-up for next week’s stacked show. SmackDown certainly makes use of their more limited time in comparison to Raw and it’s starting to really show. I felt like SmackDown was lightyears better than Raw this week.