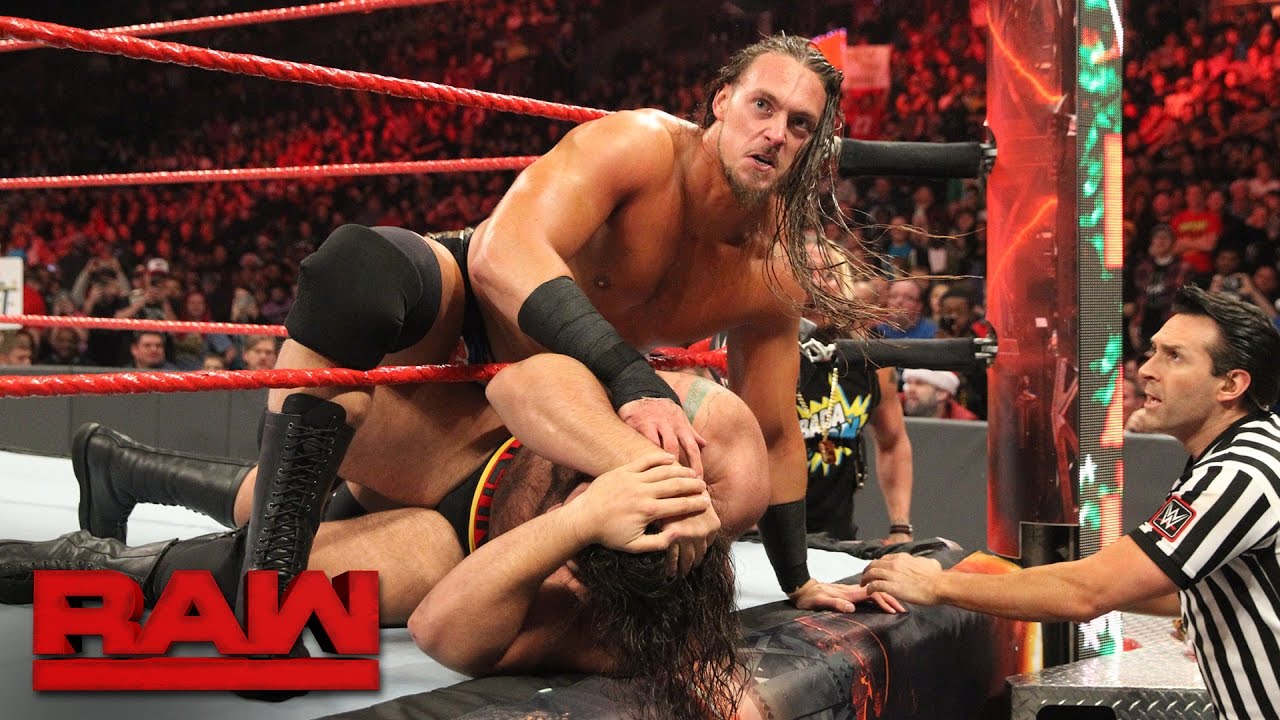 Does it make any sense that one of the most popular teams on Raw is locked in a feud with one man? I certainly don’t think so. This is all about Big Cass and seeing what he can do as a singles star. It’s masked as being about Enzo, but it’s actually to see what Cass can do. I really feel as though Enzo and Cass will be split up a lot sooner than anyone expects. As much as Enzo is a good athlete and great on the mic, I just don’t see him hitting the heights the Big Cass will.

This team reminds me a lot of Cryme Tyme. JTG and Shad were very similar with JTG being the mouthpiece and Shad being the muscle.They tried to make Shad a monster heel and JTG got lost in it all. Both guys never reached their potential and that’s very much what could happen with Enzo and Cass. 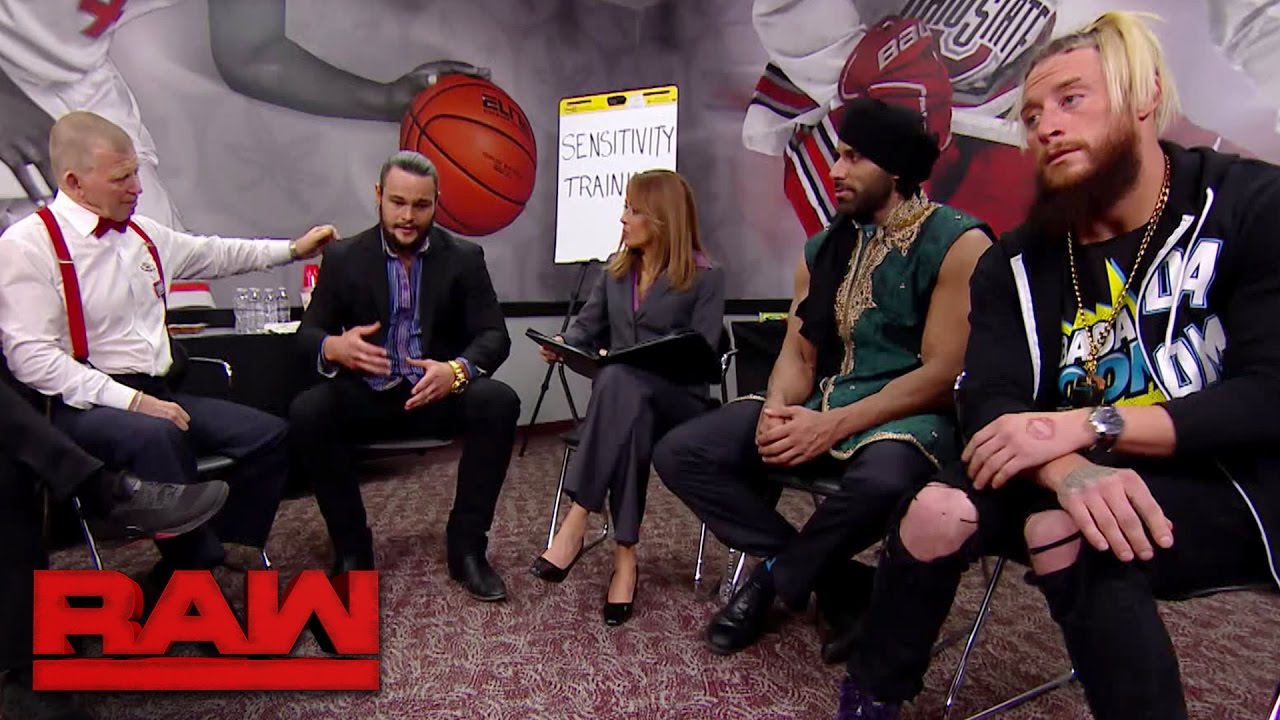 Enzo, for the record, is getting a lot of valuable time lately including a pretty good sensitivity training skit backstage on Raw. I wish there would be more of these inventive things on the shows each week to break the status quo. 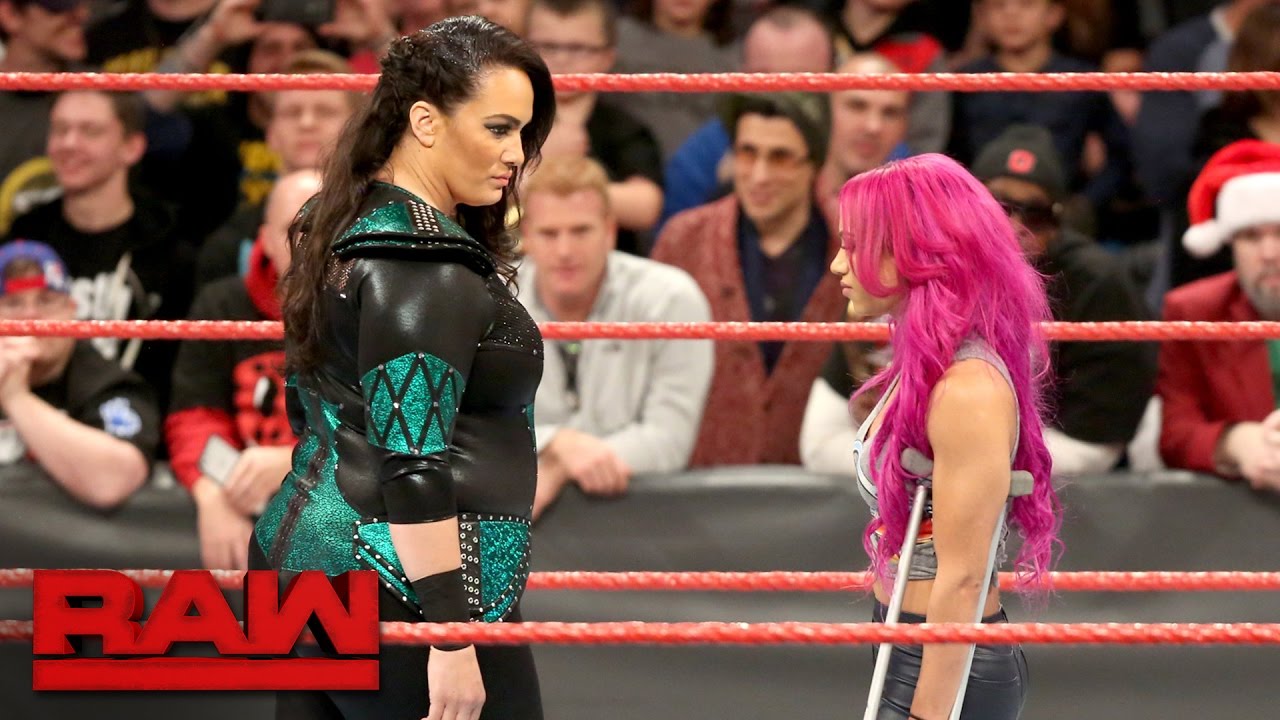 Nia Jax came out on Raw as Sasha Banks was talking about her match with Charlotte and proceeded to beat down Sasha. It looks like a feud with these two is next as I expected from their interactions about a month ago. It’s about time that Nia got something to do. She hasn’t been seen a whole lot since Survivor Series. I think this can be a feud that really is beneficial to both stars, much like the Zayn/Strowman feud has been for those two. 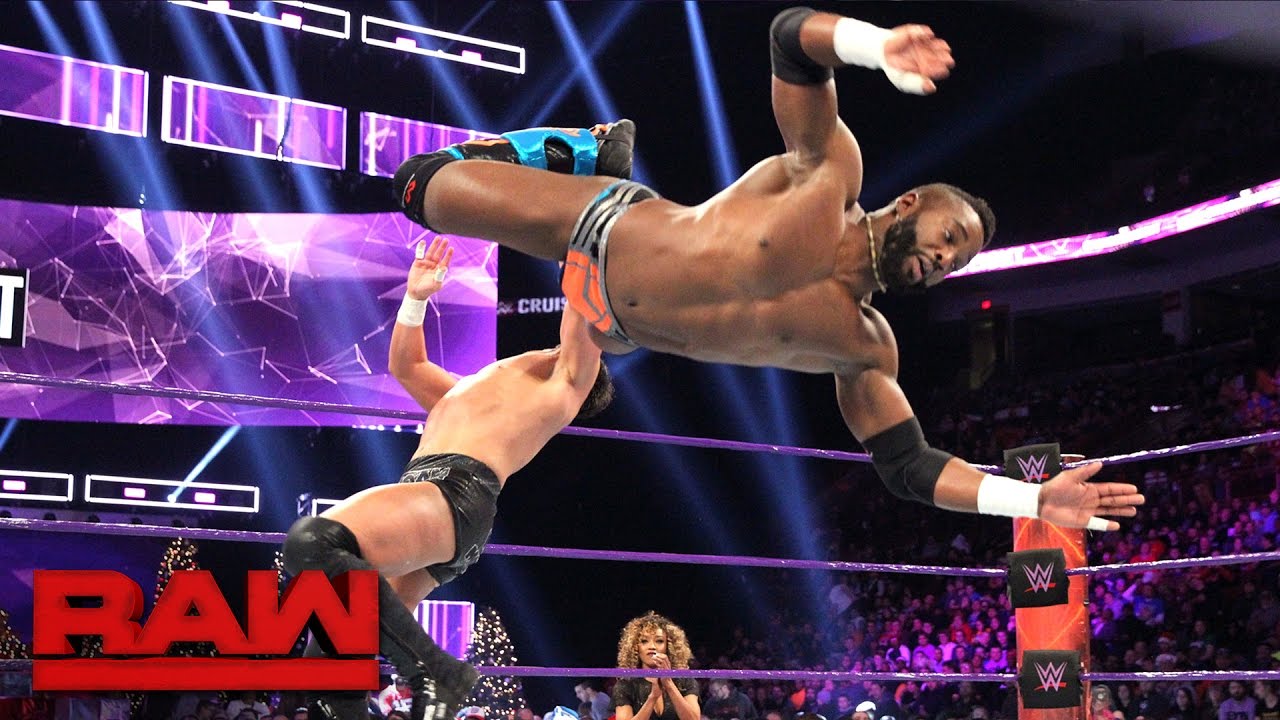 It’s weird to see Noam Dar as a heel after he debuted as a face not too long ago. That’s wrestling, though. I was actually impressed with how well Noam cut his promo after the match with Cedric saying all he wanted for Christmas was Cedric’s “girlfriend”, Alicia Fox. I think the Cruiserweight Division has a really good mix of stars right now and Noam has really been coming up quickly the past few weeks. 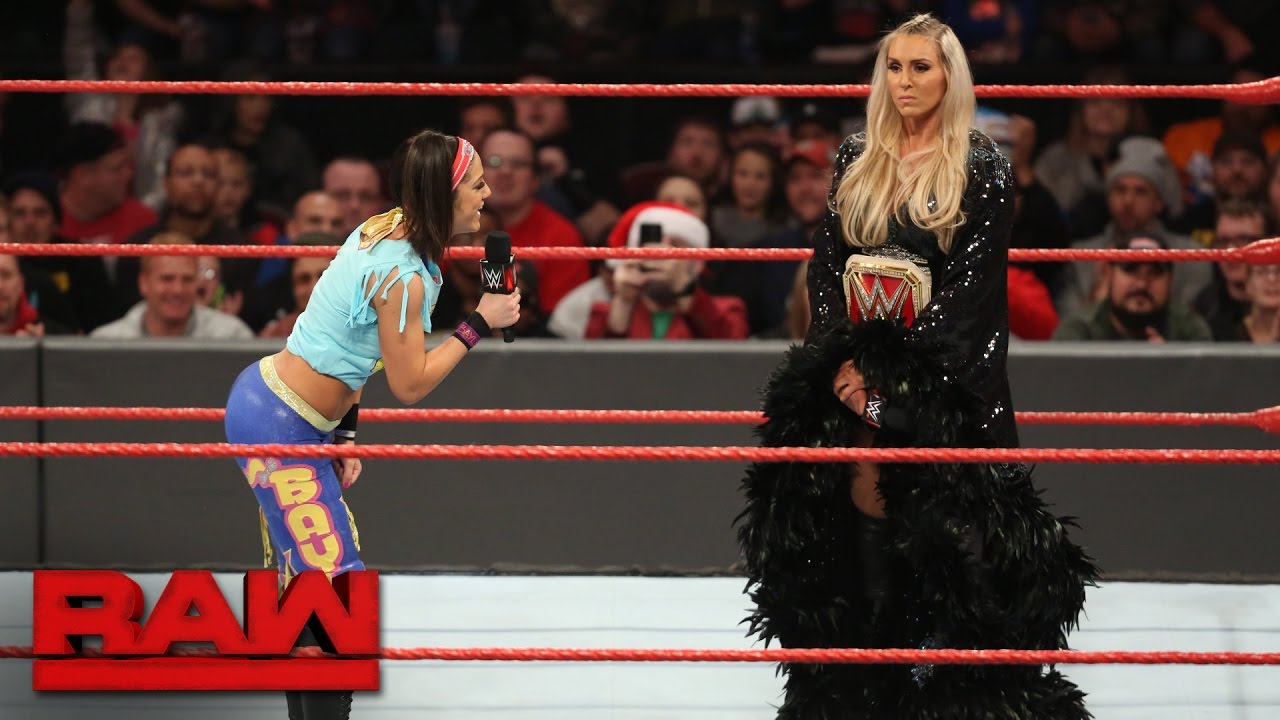 Bayley came out to stake her claim in the Women’s Championship picture. She looks to be next in line for a title shot after defeating Charlotte for a third time on Raw. I really believe that the feel good moment of Wrestlemania in 2017 will be Bayley finally winning the Raw Women’s Championship from Charlotte. It would make so much sense on so many levels to have her chase until then. I’m sure she’ll challenge unsuccessfully once or twice before that.

I really think that this feud could be even better than Sasha/Charlotte in terms of quality and emotional investment. Bayley connects with the fans unlike anyone else. She can pull emotion out of the smallest of moments. She’s the underdog, the person that fans can really relate to. I really can’t wait for this one to get going. 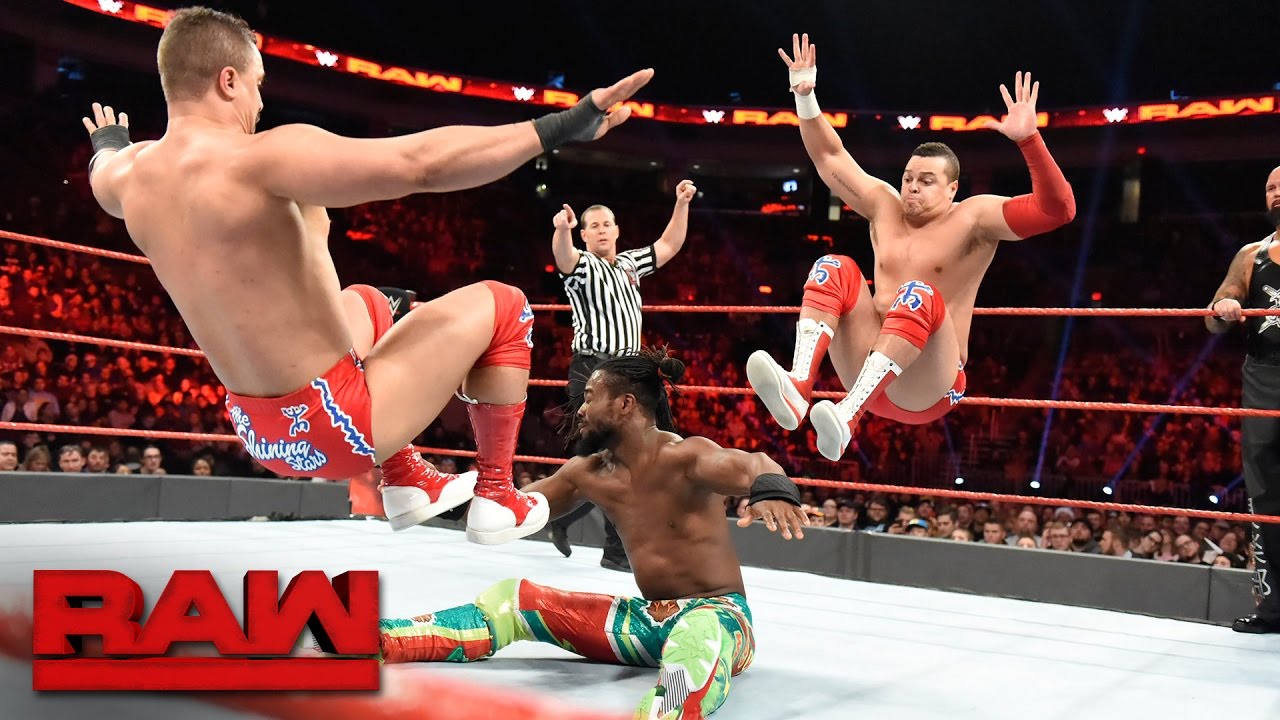 Is it just me or does the tag division on Raw look absolutely abysmal? I think WWE somewhat dropped the ball on allowing all teams on both shows. The tag-team scene is pretty thin and unless they plan on bringing up a couple teams from NXT, it will remain that way. Now I’m not taking anything away from teams like The Shining Stars, but most of these guys aren’t legitimate teams. Cesaro and Sheamus were thrown together, The Golden Truth, The Shining Stars are a comedy act for whatever reason. It’s just sad.

I love the new red tag titles and I might be in the minority. If it’s a Raw title, it should look like a raw title. You can always change the strap colour later. 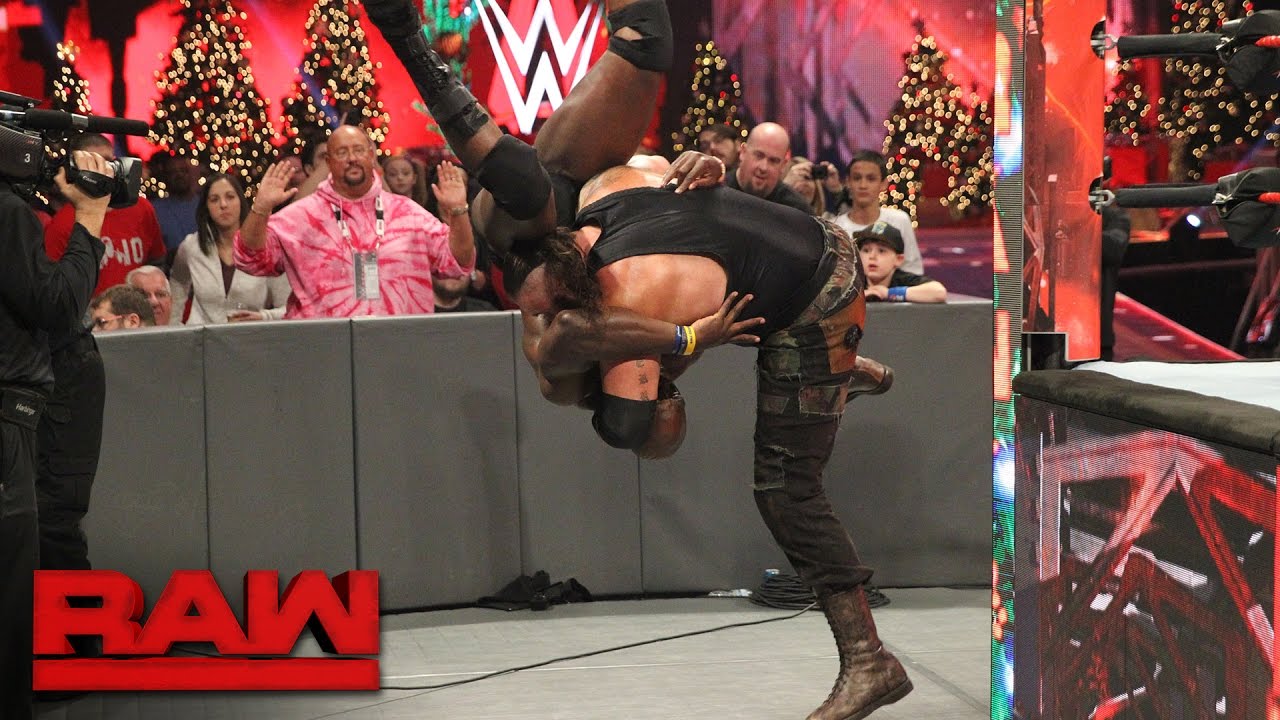 Braun Strowman ended up destroying a bunch of people on Monday night including Titus O’Neil, Sin Cara, Seth Rollins, and Roman Reigns. I loved the fact that Braun got the opportunity to really exercise his might against the entire roster. He should be the one that can take out the main event guys and really be a dominant heel. I’ve liked that about Braun. Instead of just having squash matches, he is kind of autonomous and does what he wants. I hope this attitude continues. 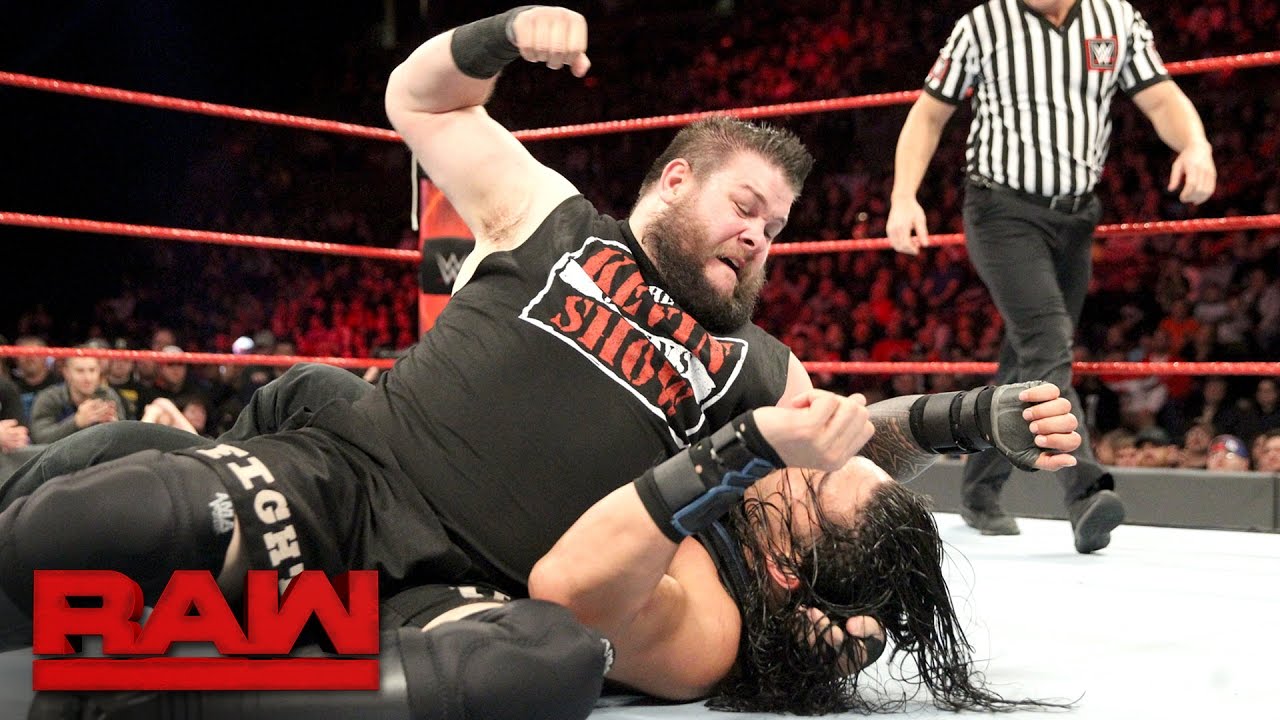 Once again these guys ended the show on top after leaving Reigns and Rollins to be taken out by Strowman. I do think it’s almost time for the tables to turn on these two. I get that they’re waiting to spin this story for the ultimate payoff, but I am getting bored with this. I honestly rarely care to watch the main event segments on Raw anymore because it’s just not all that entertaining to me. I still think Owens and Jericho are great stars, I just think something needs to change here to make things a bit more exciting. I really enjoy the proo segments between these two, but everything else is so stale. 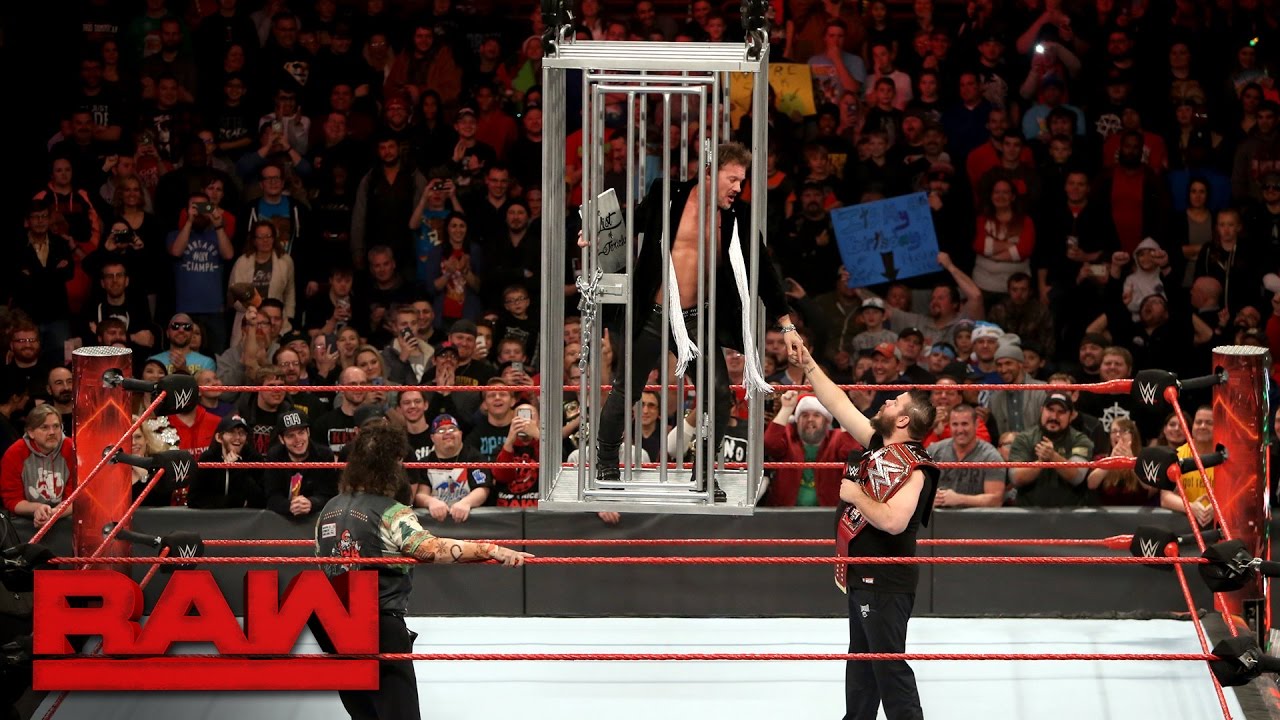 I do like the stipulation of Jericho in a shark cage above the ring for the Royal Rumble Championship Match. I just don’t like that it was stolen from last month’s NXT Takeover, though. They need to stop re-doing the same thing so often.

I’m really starting to have a hard time watching Raw. At this point, I only watch this show for the Women’s Division and the Cruiserweights and that’s just not acceptable. Raw definitely needs a shake-up.