This week on SmackDown (12/13/2016), Becky Lynch receives an impromptu title match while a Fatal 4 Way Match determines the #1 Contender to the WWE Championship! 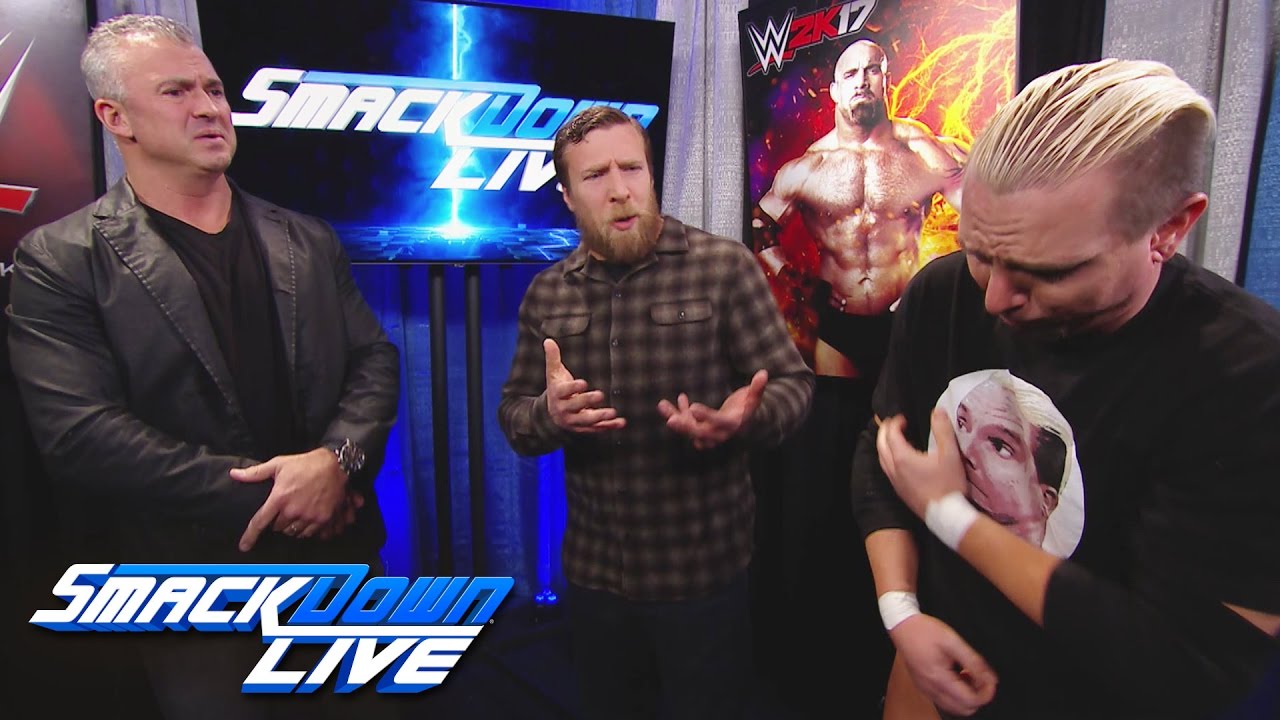 SmackDown’s newest Superstar was sick this week and got the week off. I think it was a good move to get Ellsworth largely off TV for a week. This guy has been all over SmackDown and, sooner or later, the audience will be burnt out by that. Ellsworth is still the Number One Contender, but he will end up having that shot at a later date. This revelation led to a Fatal 4 Way Match later in the night to determine another interim Number One Contender. Of course, this was all because AJ Styles has not been cleared to defend his title and they needed something meaningful on the show. 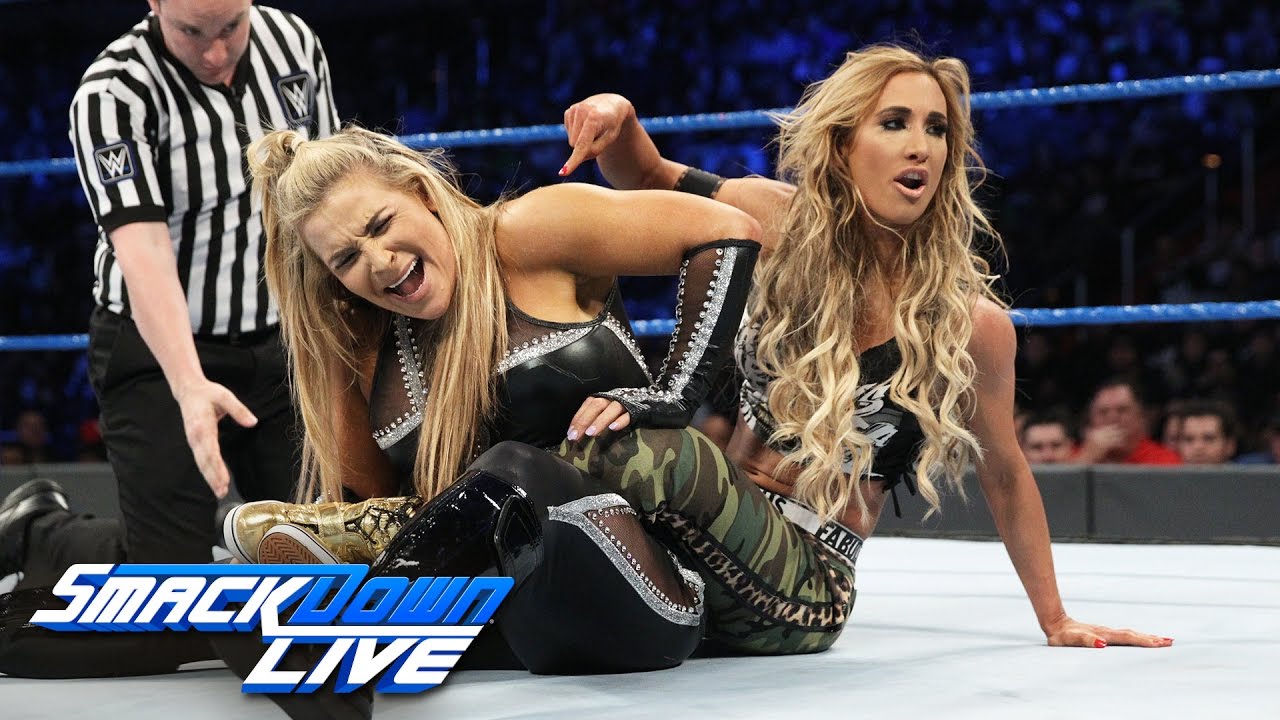 It’s been a weird story between these three women. You have Carmella, who hated Nikki, but has been pretty up front about that. You also have Nattie, who always seems kind of shady when denying that she attacked Nikki.The one person that no one is thinking about here is Eva Marie. Eva has been out for months since failing a Wellness Policy test. What better of a way to reintroduce her than as Nikki’s assailant?

For the record, I still do think this will end up being Nattie, but the Eva theory is an interesting one too. Carmella got the win over Nattie with an inside cradle while Nikki was on commentary and that was pretty much it for this week’s story. Natalya was still claiming she didn’t do it as she was having the match. I’m not so sure. 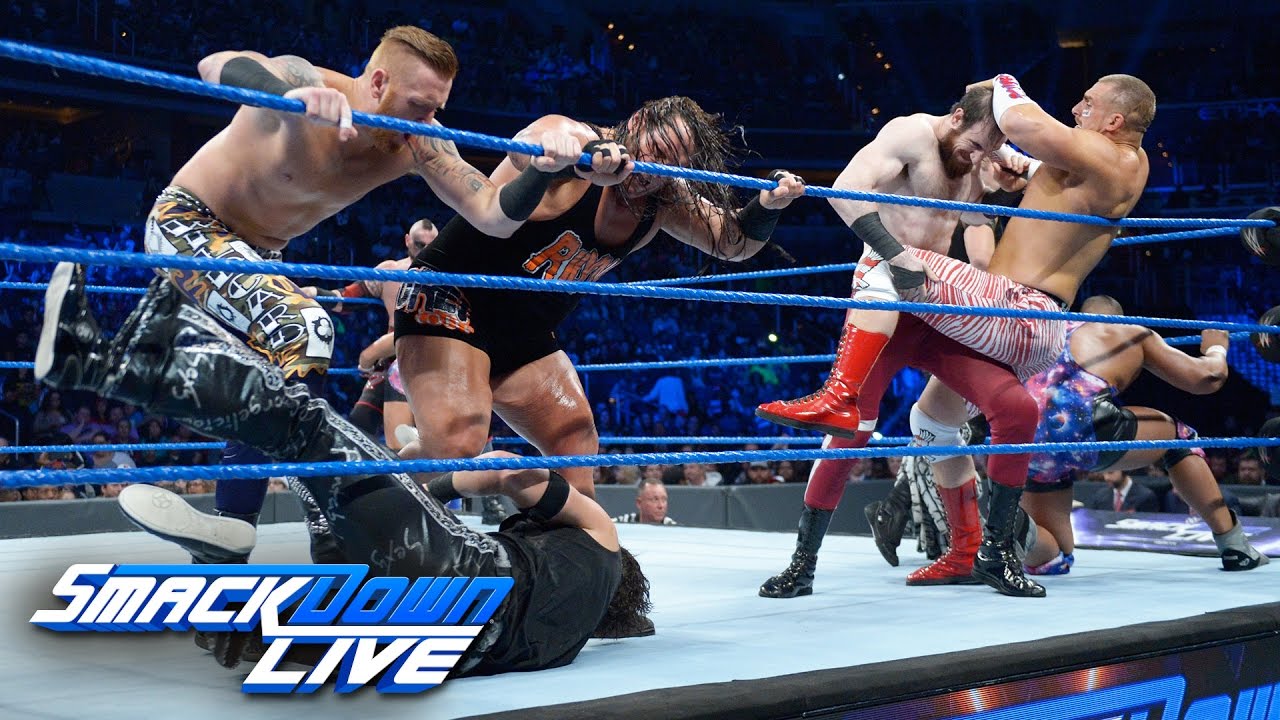 What a long road it has been for Zack Ryder! He has been up and down and has spent time on every brand from ECW to NXT to Raw to SmackDown. He’s held multiple championships throughout his career and has been seen as an afterthought far too often. Mojo Rawley went through the same type of thing in NXT where he was being looked over by bigger stars and wasn’t being given the opportunity. They teamed up and the rest is history.

The Hype Bros aren’t the best team that SmackDown has to offer, but they’re far from the worst. They won a Number One Contender’s Battle Royale for the SmackDown Tag Team Championship and will face The Wyatt Family for the titles…at least, they will if Ryder’s knee isn’t too badly injured. Zack injured his knee during the match and the results have not come in yet as to whether he’ll need surgery. This adds to the injuries of AJ Styles, The Usos, and now Ryder on the SmackDown brand. WWE might be forced to bring up some NXT talent soon if these injuries continue. 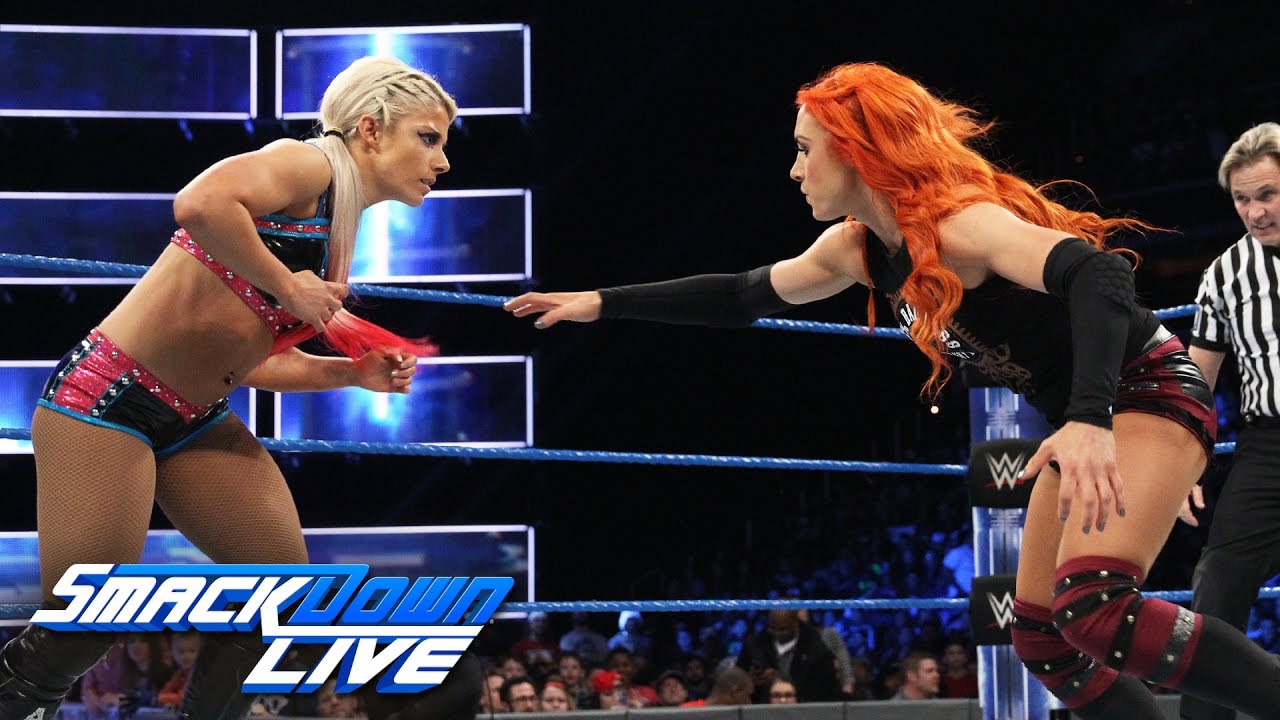 Every week, Alexa gets better. She become a little more devious, a little more under-handed, a little bit more evil. She plays the heel role so well and has really embraced the heat that she gets from the fans. It’s hard not to be a fan, though. Most of the time, Alexa gets a mix of boos and cheers. That’s the sign of a pretty good character.

Alexa was set to face a local competitor on SmackDown, but ended up saying she, “doesn’t do charity cases” before punching the woman in the face and knocking her out of the ring. Becky Lynch then came out to interrupt demanding her title match. Alexa didn’t want to have the match, but Shane McMahon came out to make it official. 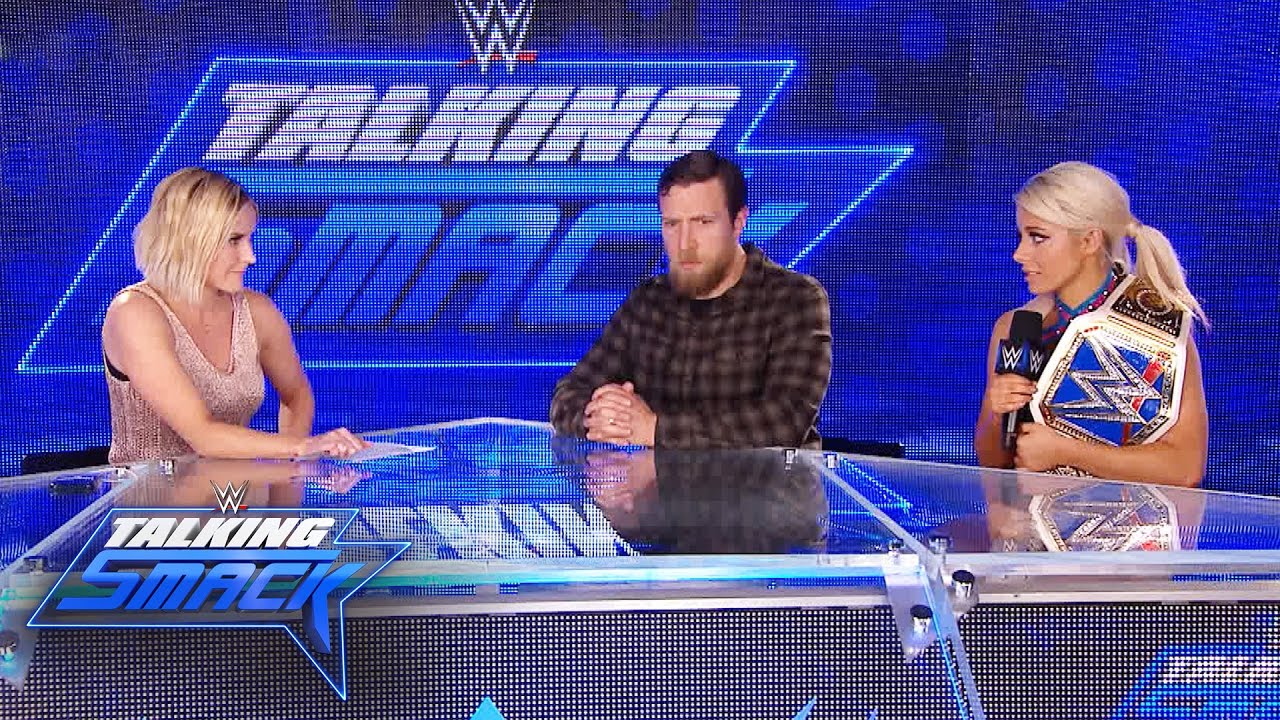 Alexa and Becky had a short match before Alexa hurt her knee jumping out of the ring (a little reminiscent of Corbin’s injury a few weeks ago). This injury definitely was not real, but she did get counted out to retain her title because of it. Becky then attacked her and threw her in the ring where Alexa started booting Becky in the corner with her bad leg. Alexa then went on Talking Smack and tried to plead her case on how she was really injured despite not visiting the trainer yet. The whole ruse was pretty funny and Alexa made it seem so genuine that it was cracking me up. I’d imagine Becky and Alexa will have a rematch soon due to all of this. 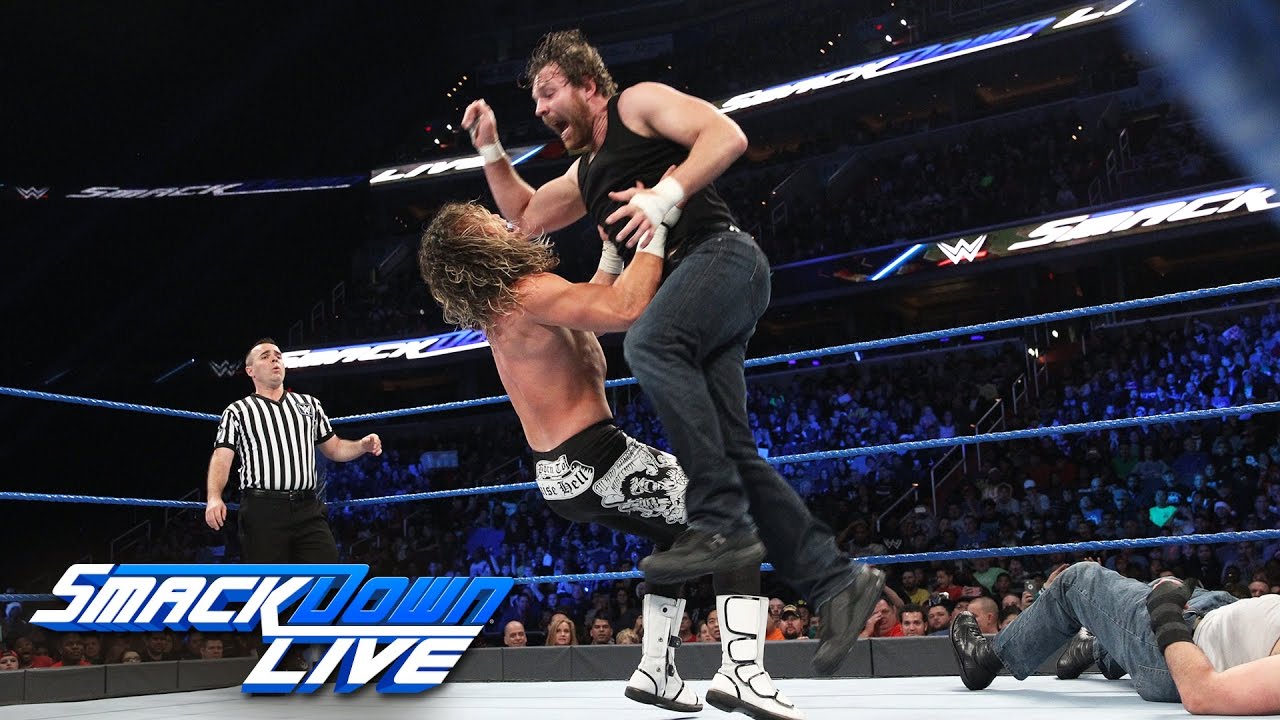 It was nice to see a guy like Luke Harper get a shot at being the Number One Contender to the WWE Championship. I think it’s a good move to add some fresh blood into that match. Let’s be honest, the entire title picture has revolved around about 4 guys since the brand extension. I would have gladly added Corbin in here too, but he wasn’t even on the show. The Miz finally got his due after being one of the best heels in WWE by being in this match as well.

Unfortunately, The Miz was eliminated first and Harper was second. The last two in the match were two guys who have had WWE Championship matches recently in Dolph Ziggler and Dean Ambrose. In a shocking turn of events, The Miz seemed to help Dolph Ziggler out by holding Dean’s foot long enough for Ziggler to cue up a Superkick after Ambrose got in the ring. Ziggler got the 3-count off that assist and will go on to face AJ Styles on December 27th for the WWE Championship.

There was very little to talk about this week for SmackDown. Most of the show revolved around the championships (except the Intercontinental Championship) with little time for anything else besides the Nikki Bella storyline. The Fatal 4 Way Match was a great one that took up quite a bit of time as well as the Battle Royale. I think SmackDown is really starving for talent right now with all the injuries. John Cena was announced to return in two weeks, though, so at least that’s something.