This week on NXT (1/11/2017), Asuka gets a taste of the NXT Women’s Division while The Revival challenge #DIY for the tag titles. 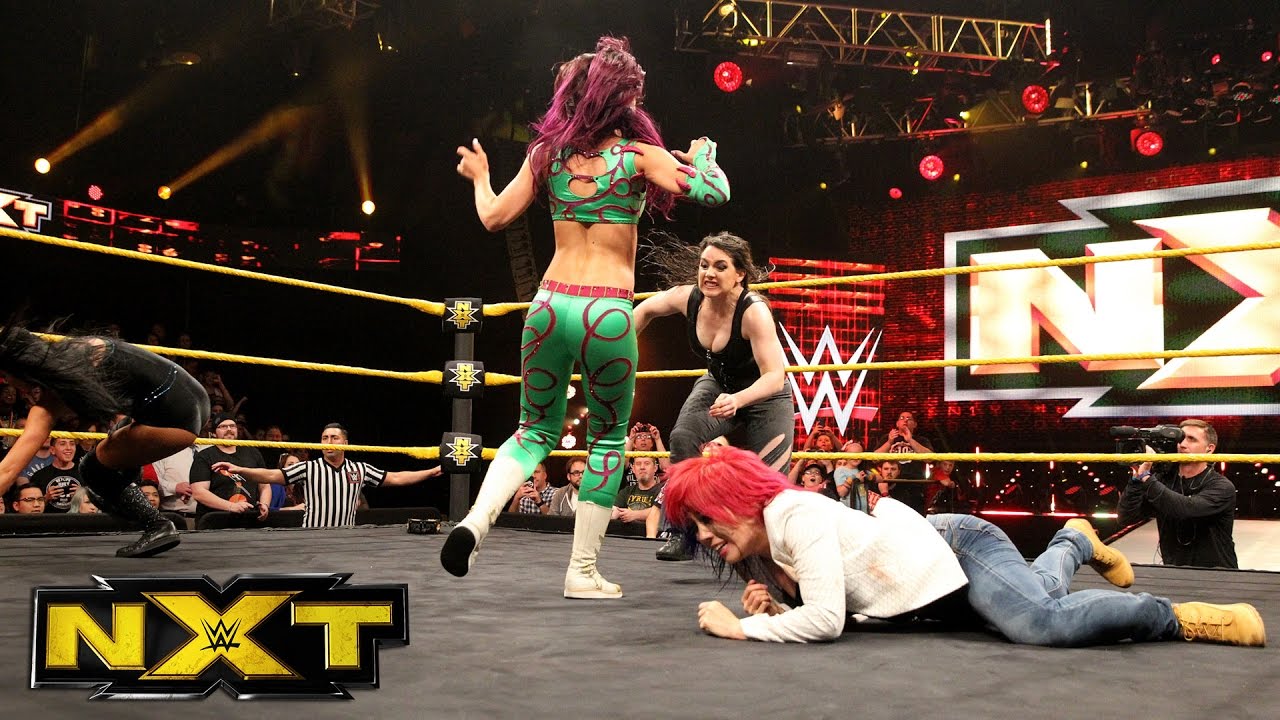 Billie Kay and Peyton Royce had a relatively quick match with Sarah Bridges and Macy Evans. The thing that stood out most to me during this match is the way Billie and Peyton can utilize dirty tactics to their advantage to gain an edge. These two manipulate eye rakes and distraction to gain easy victories and I could easily see one of them using those tactics to win a championship.

Billie and Peyton ended up taking out Asuka in the parking lot at the start of the show and Asuka did come out for some retribution but didn’t find any. Nikki Cross came down to the ring and hit everything that moved including Asuka. It was one of the first time’s I can remember Asuka looking at all vulnerable and I feel like this could be the start of the road to a new NXT Women’s Champion. The thing I kind of wonder is how Ember Moon missed out on all of this.

It was announced later in the show that Asuka will defend her NXT Women’s Championship at Takeover: San Antonio against Peyton, Billie, and Nikki. This came after Asuka asked for all of them in a match in a rage backstage. I think this is a nice shake-up for the NXT Women’s Division considering the fact that the last year of Takeover events featured singles matches for the Women’s Championship. I think every once in a while, having additional competitors can create some doubt as to the outcome and adds to the surprise factor. I think Asuka’s title could be in jeopardy.

Elias Samson suffers the same fate as a lot of promising stars. The Drifter just can’t seem to connect with the audience to have anyone care about him. Most of the fans end up jeering him from the stands. I really think that Elias can turn it around into legitimate heat and that he’s starting to do that with his squash matches. A lot of people forget that Samson was just starting to get some momentum when he suffered that terrible injury that set him back.

To be honest, I’m really not sure whether Elias is supposed to be a heel or a face at this point with the way Corey Graves talks about him on commentary. Graves always talks negatively about his singing which leads me to believe that Samson is trying to be a face, but it just doesn’t seem like his anywhere close to that at this point. I think it’s one of those things where Samson has to have a defining moment before he’s accepted by the fans. I believe that moment will come sometime soon. I definitely think there’s a lot of star potential there. 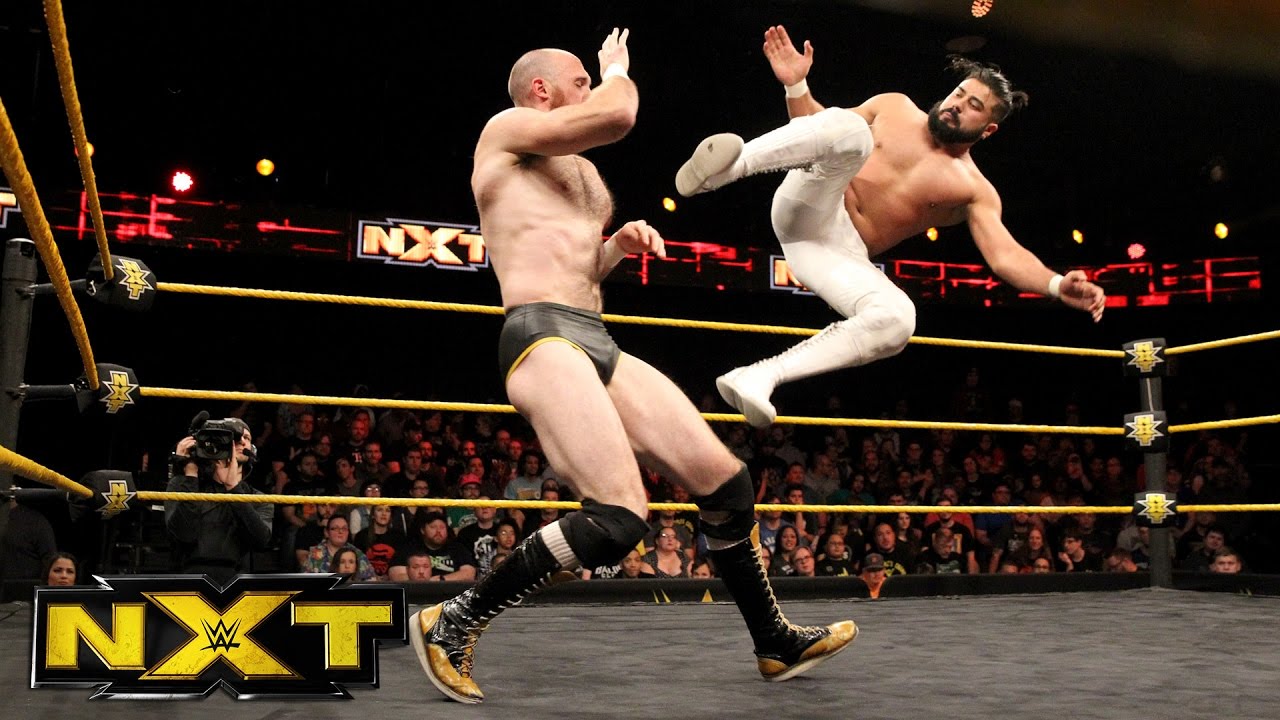 I’ve been really happy with Almas’ transition from a face to a heel. He’s really started to come into his own and looks like he’s having a lot more fun in the ring. There are few people with as much personality as Andrade has shown in the past couple months. The knock on him was always that he had a hard time cutting promos and that he was really rather average as a character. It’s been a complete 180-degree turn from that as of late. It’s been great to watch.

I really hope that Andrade gets an opportunity to do something meaningful in the next little while. It seems like he’s mostly spinning his tires without much to show for it. He keeps winning but that doesn’t say much when there’s nothing to show for it. It’s for reasons like this that NXT should start doing monthly Takeover events. It would give everyone more high-profile opportunities to show their skills.

#DIY vs. The Revival for the NXT Tag Team Championship 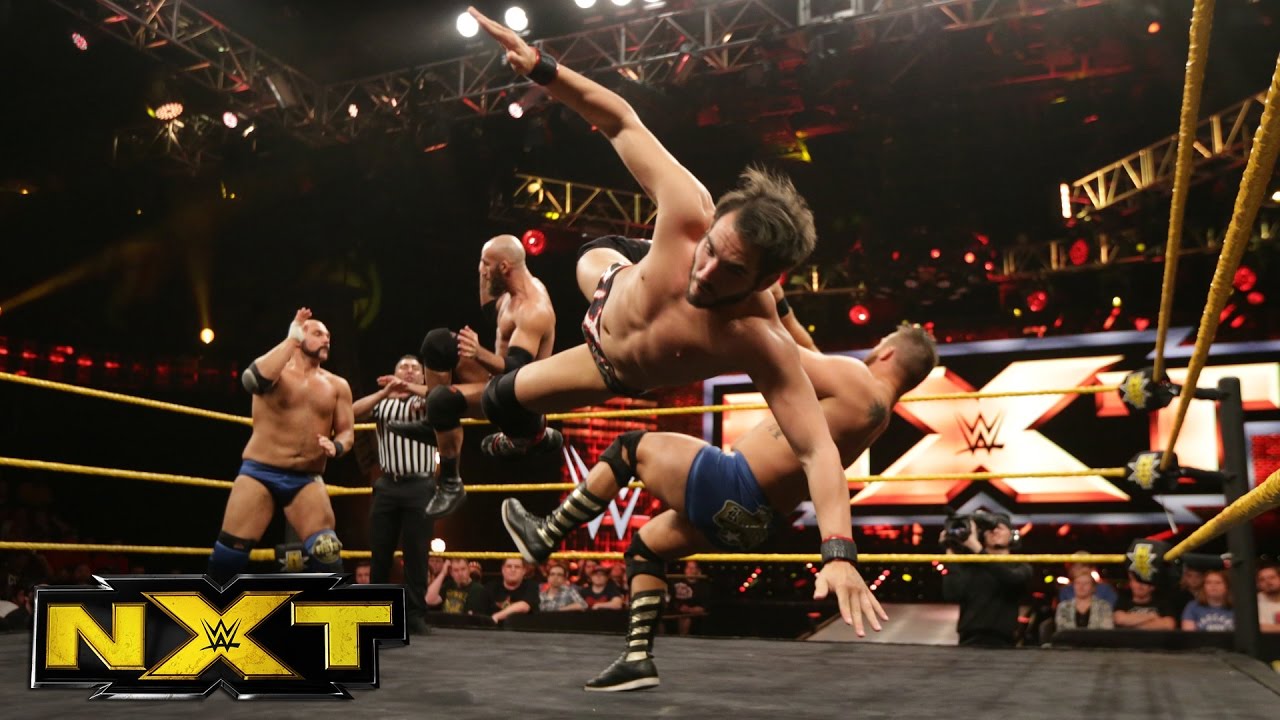 We’re witnessing a tag-team renaissance in WWE right now with so many talented teams sprinkled across every brand on the roster. One of the best tag-team feuds in recent years has been #DIY vs. The Revival. These two teams complement each other so well and have had multiple fantastic matches together. This week on NXT was no different.

DIY ended up grabbing the victory with a double superkick and running knee combo to both Dash and Dawson to retain the tag team titles. It was an expected outcome of the match to finally put this long-running feud to bed. The Authors of Pain came out after the match to beat down #DIY. I almost think that #DIY could be lined up to lost the titles in San Antonio. It seems crazy since they just won them, but similar things happened to American Alpha. It’s the next logical step for The Authors who haven’t shown much weakness thus far.

As for The Revival, I’m not really sure what we may see out of those two next. I don’t think they have anything left to accomplish in NXT. I believe they’d be most useful up on Raw where the tag team scene has become nothing short of a joke. If they do stay in NXT the logical opponents for them would be TM61, however, and injury to Shane Thorne might leave that one as an impossible feud at this time.

NXT finally returned to Full Sail after a couple weeks of shows with no storyline build. It wasn’t a fantastic episode, but the tag title match is worth watching alone.