This week on Raw (1/2/2016), Goldberg makes his return while we also take a look at Chris Jericho, the Cruiserweights, and much more! 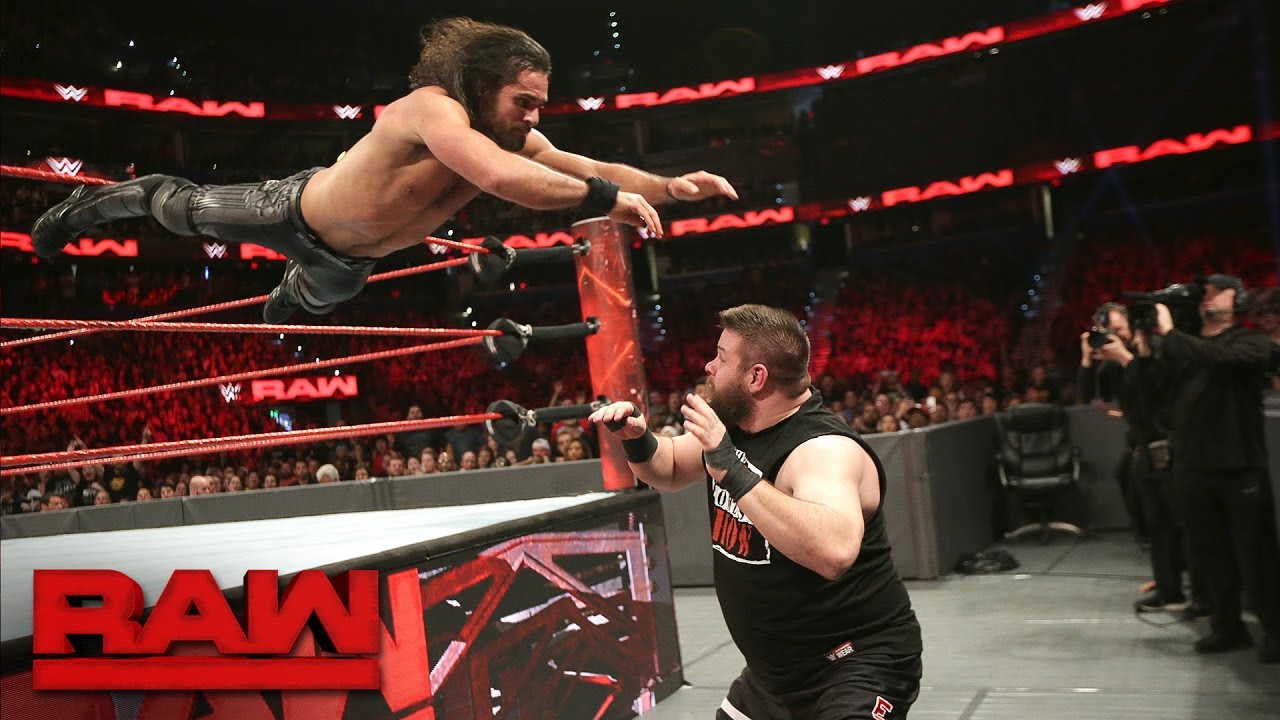 It’s getting to the point of the year where things are starting to really gear up towards Wrestlemania. One guy who doesn’t seem to have much direction heading into that show is Seth Rollins. Rollins has been embroiled in the Kevin Owens/Roman Reigns feud and has had his own run-ins with Chris Jericho. Last night on Raw, Rollins had a match with Kevin Owens to determine whether or not Owens would be barred from ringside for the match between Chris Jericho and Roman Reigns for the United States Championship. Rollins would win that match after Owens hit him with the ring bell.

Ok, so what’s next for Seth? Being a part of this whole thing with those other 3 guys is all well and good but he’s not really doing very much. I don’t see any clear direction for him right now without Triple H. Now the likely scenario is that Triple H returns at the Royal Rumble to help Owens retain and to screw Rollins in the Rumble match. that’s 4 weeks away, though. What’s Seth going to have to do until then? I think it’ll be more spinning tires than anything meaningful, unfortunately.

Rollins is one of my favourites and I really hope that he has a more eventful role by this time next month. It’s not like he’s been bad, I’m just always looking for a reason as to why a Superstar is doing something and Rollins hasn’t had much of one. It feels like his focus has been on Jericho when it should realistically be on Owens who had the title handed to him. In any event, all of this should come to a head soon. 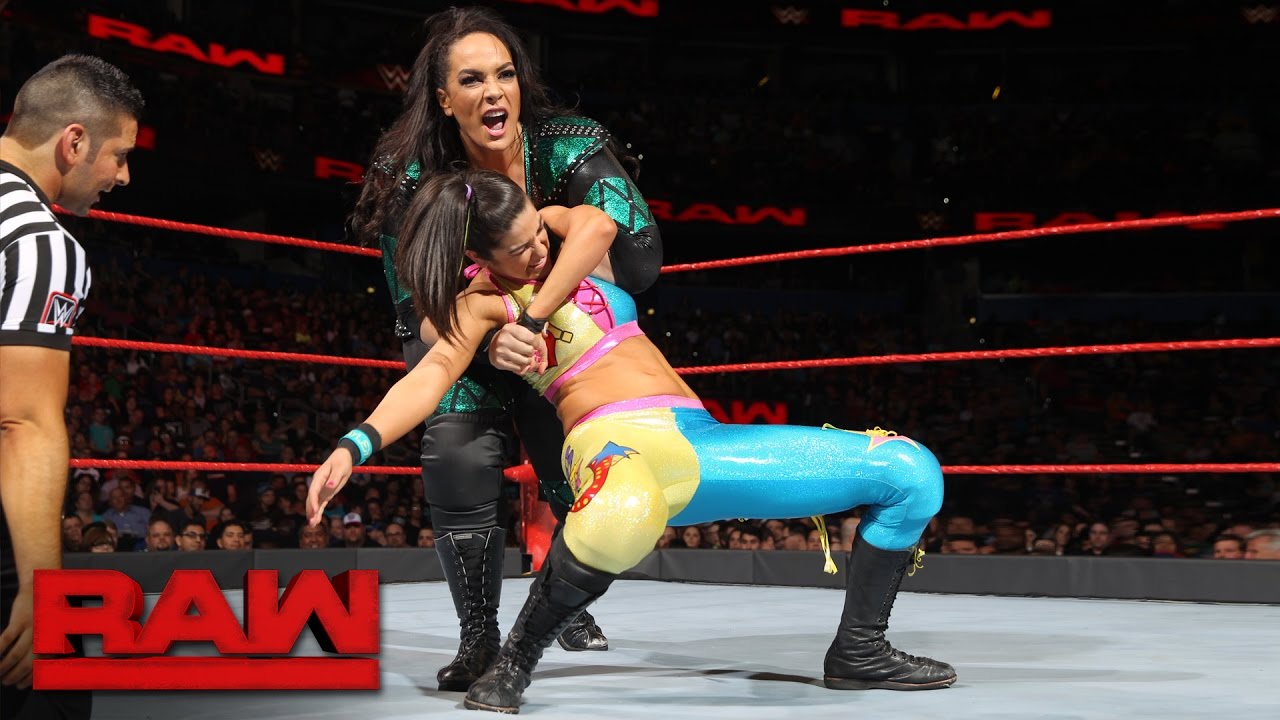 I really wondered how they were going to make it believable for Bayley to beat Nia Jax to become the #1 Contender to the Raw Women’s Championship. I know she’s beaten her before in NXT, but things are a little different now. Nia is being booked as a monster heel and Bayley is the lovable underdog. I think the finish that they came up with was pure gold. Nia had Bayley down and went to the top rope when Sasha’s music hit which distracted Nia enough for Bayley to hit a Super Bayley to Belly from the top rope for the win.

As expected, this opens up the Sasha/Nia and Bayley/Charlotte feuds to kick off the new year. I fully expect Sasha vs. Nia to be a quick feud, but I see Bayley vs. Charlotte being the main title feud for the next 4-5 months. I think Bayley has earned this spot. She’s the most over woman in the company and, much like Daniel Bryan, she made people notice her.

It’s amazing how many times Chris Jericho has reinvented himself over the years. From the technical Cruiserweight in WCW to Y2J to his different heel personas, Jericho never stays the same for too long. It’s been so interesting to see his character morph constantly and that evolution has been most prevalent during his current run. Jericho is a heel but is able to both cheers and boos with everything that he does. He’s so entertaining and everything that he does seems to have a story behind it. I’m not sure there’s anyone that understands wrestling quite as well as Jericho.

During his match with Roman Reigns for the US Championship, Jericho grabbed the title, threw it to Reigns and laid down like he got hit. The referee didn’t believe it, but that’s the kind of thing I’ve come to expect from this version of his character. Anything for a win. Reigns ultimately beat Jericho which somewhat surprised me. I really expected Jericho to take it and start a feud with someone else.

I truly believe that Roman Reigns is going to become a dual champion at the Royal Rumble. He’ll likely hold the US Title until Elimination Chamber where he’ll lose it to someone else so that they can build to Wrestlemania. I just don’t see the point in making anyone a dual champion in today’s WWE. There are too many people trying to make their own opportunities and I really feel like the US Title should be the workhorse title much like the Intercontinental Championship. Guys like Sami Zayn need something to strive for if they’re not going to be pushed up the card. 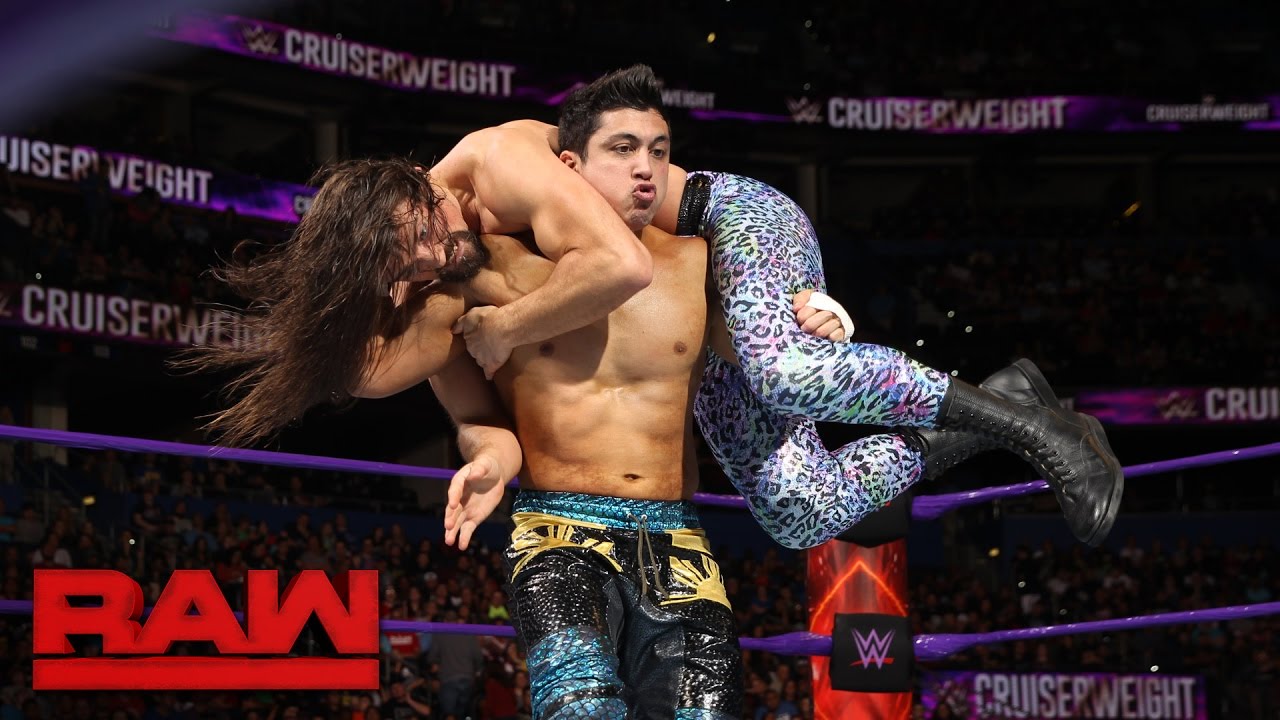 I like how they’re setting up 205 Live with quick matches and segments on Raw. I think they’ve really done a good job with this new show so far. They’ve created something that is completely different from the normal WWE product and they continue to pour support behind it. For all the projects that fall apart or never actually happen, this one has certainly caught on and has been a great thing for the wrestling business. WWE is starting to create their own ecosystem and is giving more wrestlers opportunities in the process.

We’ll probably never see the days of the healthy competition between companies like ECW, WCW, and WWE again, but the internal competition in WWE is the next best thing. 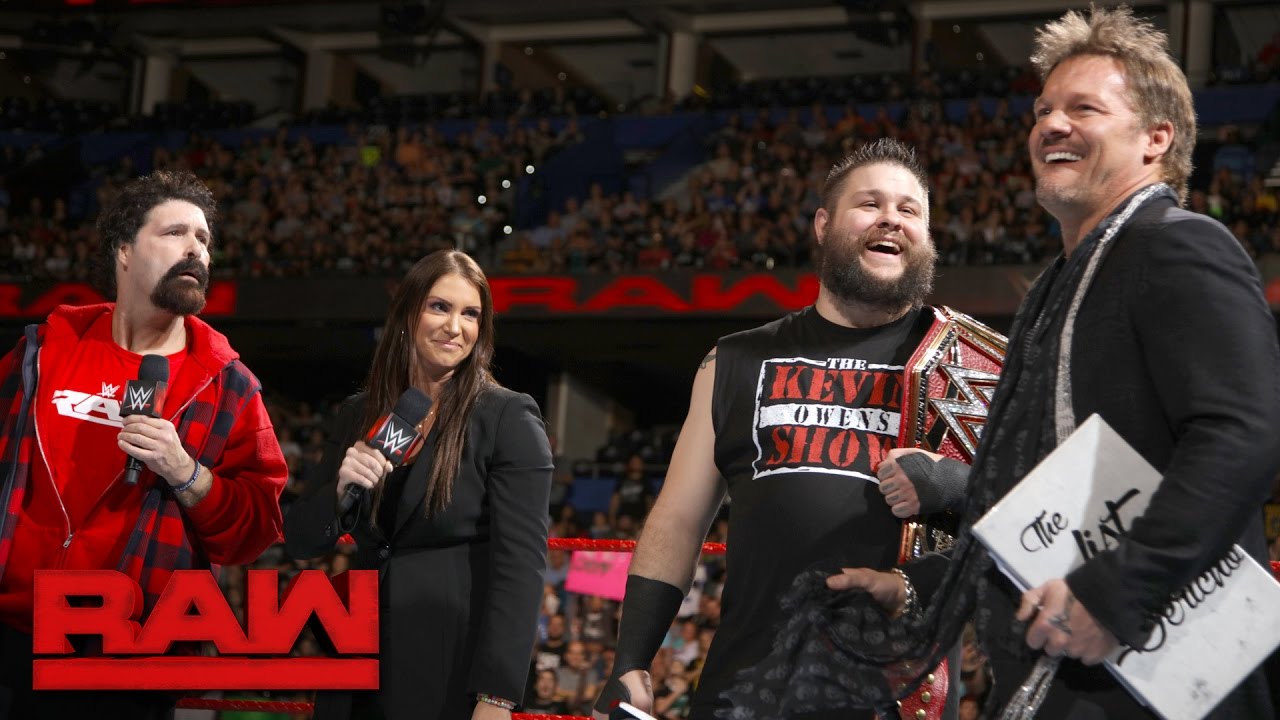 Kevin Owens has had quite a year. He’s been the Universal Champion for months and has been a constant source of entertainment on the mic and in the ring on Raw. My problem is that he’s been made to look like he can’t win on his own or without some type of dirty tactic. This is the same guy that was dominant in NXT and coming up to the main roster. I’m not expert, but I feel it was unnecessary to diminish everything he’s accomplished. Owens is one of the best in WWE and I’d love to see what he can do without Jericho by his side.

Goldberg made his return on Monday night and staked his claim to a Royal Rumble victory. Eventually, everyone came out until Reigns and Goldberg double-speared Strowman to knock him out of the ring. I think it’s safe to say that the Royal Rumble match may be the most interesting that it’s been in years. I really like how confident Goldberg has been and how great his promos have been since he’s returned. He’s made a big impact and I could really see him being a threat to win the Rumble.

Let’s be honest, how crazy would it be for Goldberg to win that match? People would go nuts.

Emmalina should be on the back of milk cartons by now…

Braun Strowman beat Sami Zayn in a Last Man Standing Match. Not really sure what’s left for these two. Sami will come back with a vengeance in the Rumble if I had to guess.

Karl Anderson beat Cesaro. This is a good direction to go. These two teams complement each other well and could have some decent championship matches.

Paul Heyman made his return to WWE TV very briefly to promote the Rumble. Raw has missed his brilliance.

It was a pretty good episode of Raw. I feel like Raw has a lot going on and there are some interesting feuds that are starting to take shape. I still would have liked a little more urgency to making a stand-out show after SmackDown beat Raw in the ratings last week.