This week on SmackDown (1/24/2017), Mickie James explains her association with Alexa Bliss while The Wyatt Family continue to break down. 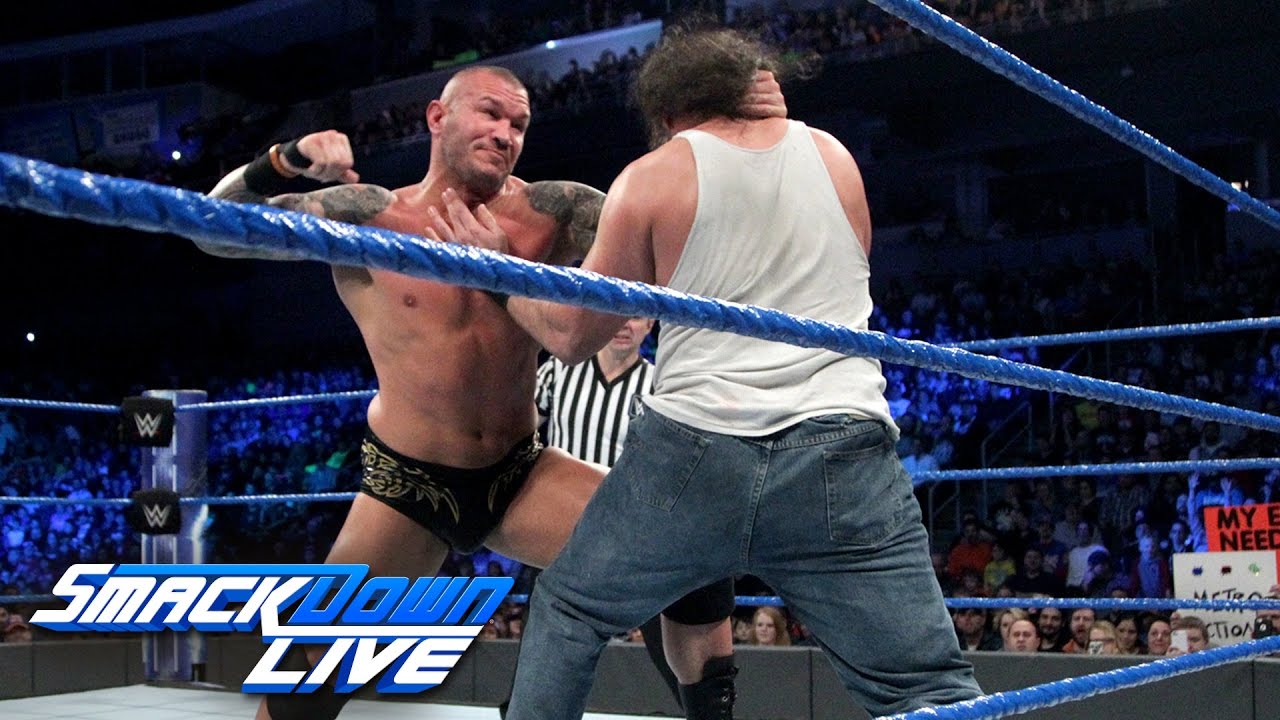 The dissension in The Wyatt Family continued on this week’s edition of SmackDown as Randy Orton defeated Luke Harper after Orton RKO’d Harper who was going for a Discus Clothesline. Bray Wyatt appeared to console Harper after the match only to hit him with Sister Abigail out of nowhere. Randy and Bray then left together as Harper collected himself in the ring.

I’m not so sure that this is the end of Harper in The Wyatt Family. It’s an interesting thing to go into the Royal Rumble with this kind of uncertainty. I really have to praise WWE for creating a very unique situation going into the event. We don’t know if these three men will be on the same side or if Harper will rebel against them. What about the possibility of Erick Rowan returning as well? There’s a lot that could happen here and it’s easily one of the better stories leading into this Sunday. 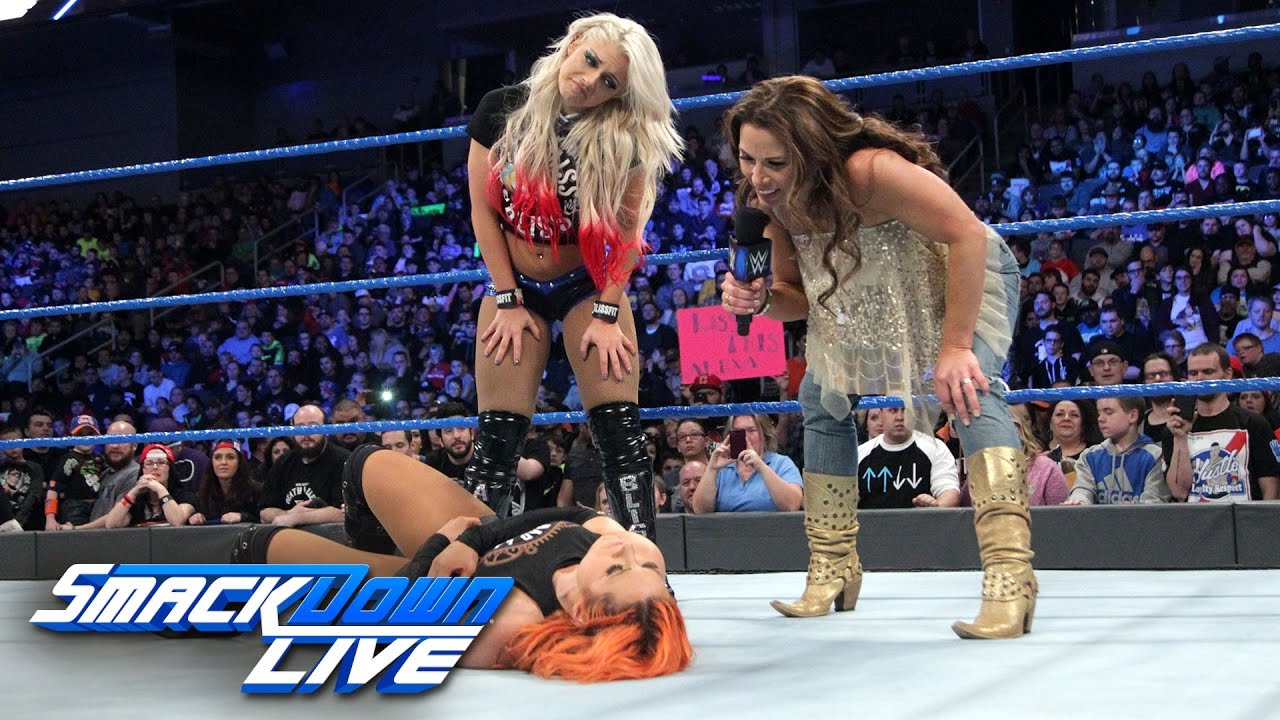 Mickie James came out to talk about what happened last week and why she would help Alexa Bliss. Mickie mentioned that she was tired about all of this talk about the Women’s Revolution and everyone acting like her contributions didn’t matter. It was a plausible explanation to her being La Luchadora and helping Alexa. Renee Young even addressed the fact that Alexa was part of that revolution to which Mickie stated that she was the only one that knew everything about Mickie. I really appreciate when plot holes are addressed in storylines in a simple way. Now there are no questions.

Mickie was incredible on the microphone tonight. It took her a few minutes to get into a groove, but once she did, she really made quite a statement. I really liked how she delivered her promo with such confidence. I was skeptical on whether she could get the fans to hate her, but it seemed like they were really starting to despise her by the end of it. Mickie ran away from Becky who came to attack her. Becky would go after her only to be blindsided by Alexa. The two women left her laying in the ring and Mickie told her she should know from Alexa to always be one step ahead.

This segment was a pretty good one considering it was such a simple concept. This feud is going to be a pretty exciting one, I’m just interested to see who’s going to step up to help out Becky Lynch.

Mickie also went on Talking Smack and continued to talk about how she was sick of everyone overlooking her contributions and laying the groundwork for the Women’s Revolution. She also said how grateful she was to be back and that she never wanted to be away. It’s nice to see the lines of reality blurred on Talking Smack and it’s a big reason why I love that show so much. 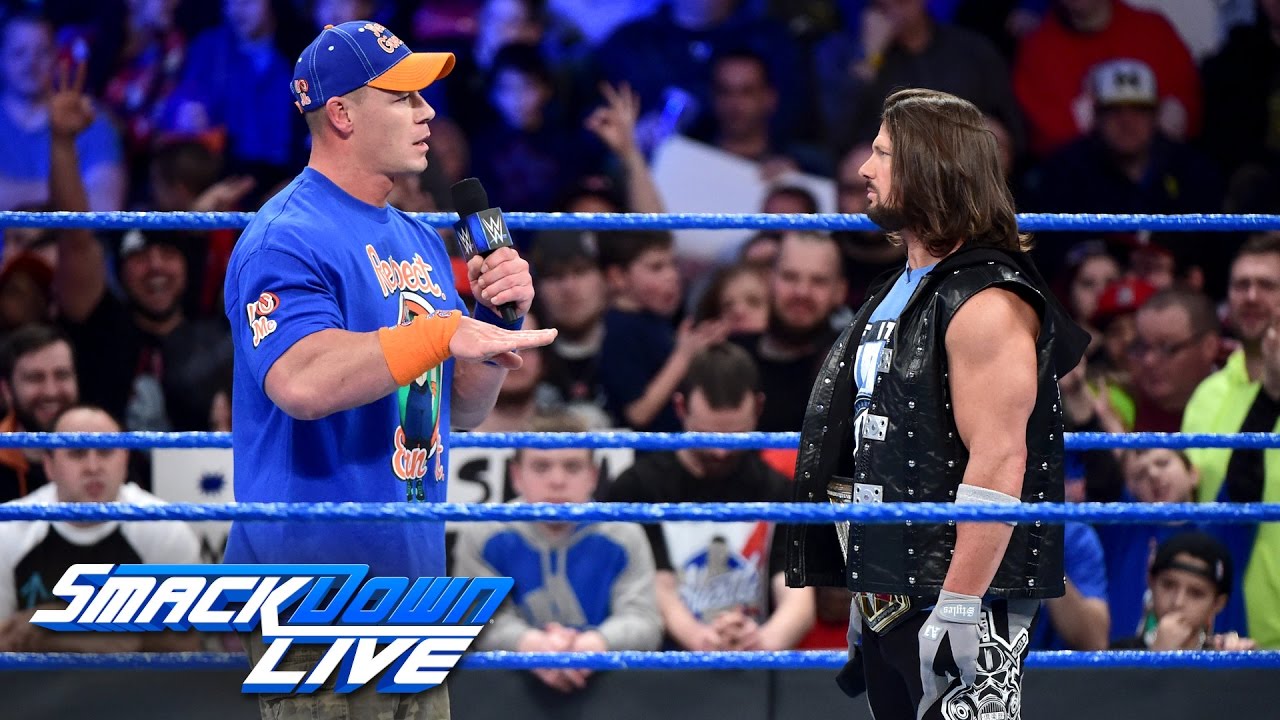 AJ Styles and John Cena got into yet another verbal battle. They showed a clip from The Today Show where they referred to AJ as, “some guy from Atlanta”. Part of me wonders whether or not that was planted for storyline purposes. I find it hard to believe they wouldn’t mention AJ by name. It basically went into a no one respects AJ thing and that John earns respect every day.

At the end of the day it was the same line we’ve heard from Cena for years. I almost feel it’s an arrogance. Anyone else would be a heel making the same promo that John Cena did tonight, yet somehow he’s still the face. Maybe that’s the grand plan though? I’m actually starting to feel sorry for AJ even though I was already on his side to begin with. AJ went on Talking Smack to talk about how everyone is against him which is realistically true in this storyline.

If this is indeed a way to do a double turn, what a fantastic idea. If it isn’t, then this is just yet another guy that is going to fall to John Cena after having a fantastic year. I just hope that AJ doesn’t lose momentum because of it.

The Miz and Dean Ambrose battled in a Lumberjack Match for the Intercontinental Championship on SmackDown. As expected, Dean Ambrose did retain the title after Dirty Deeds. This takes care of The Miz’s rematch clause and we can hopefully move on to some different feuds for both men after this one. I can’t really see things continuing too much between them. I don’t feel like these two mesh well together and it’s just not all that exciting to me to watch these two battle for the title. I guess it might be just me. 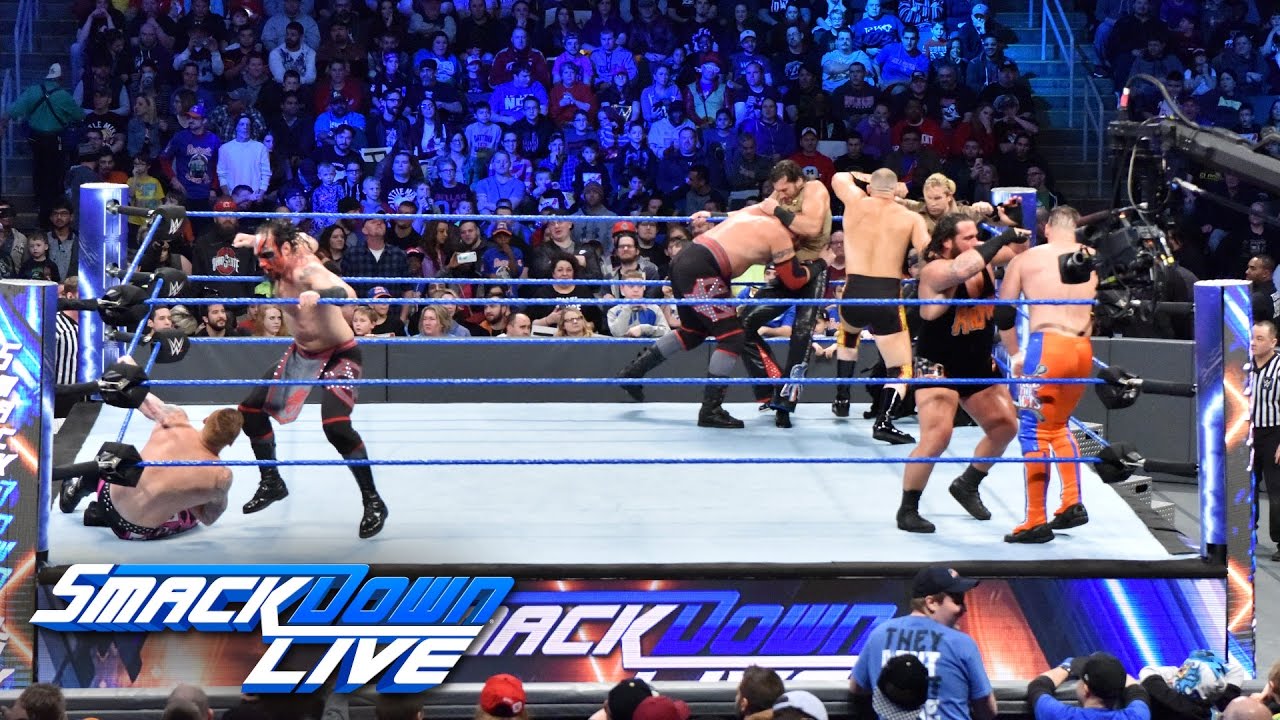 Mojo Rawley won a Battle Royale to earn a spot in the Royal Rumble. Good for Mojo, he definitely earns every opportunity that he gets.

Natalya attacked Nikki Bella by smacking her head off the production truck outside. Nikki then attacked Nattie backstage.

Naomi returned, but didn’t have a match after Natalya was attacked. Alexa Bliss then came out and toyed the idea of giving her a title match before telling her she wasn’t worth her time. Alexa Bliss continues to be a favourite of mine. She’s the perfect heel. 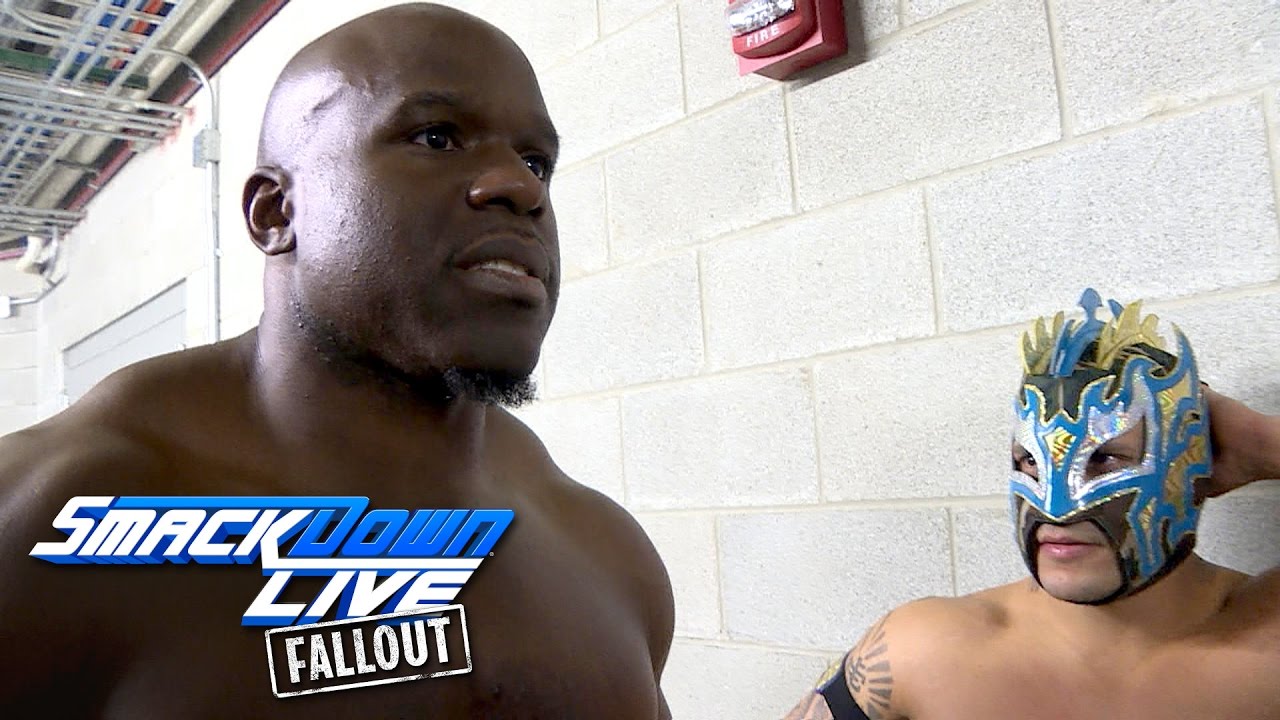 Dolph Ziggler beat Kalisto in about a minute. He then went to use a steel chair before being attacked by Apollo Crews. It looks like these two will be feuding. It’ll be good for both guys. Hopefully this can be a launching pad for the oft-forgotten Crews. 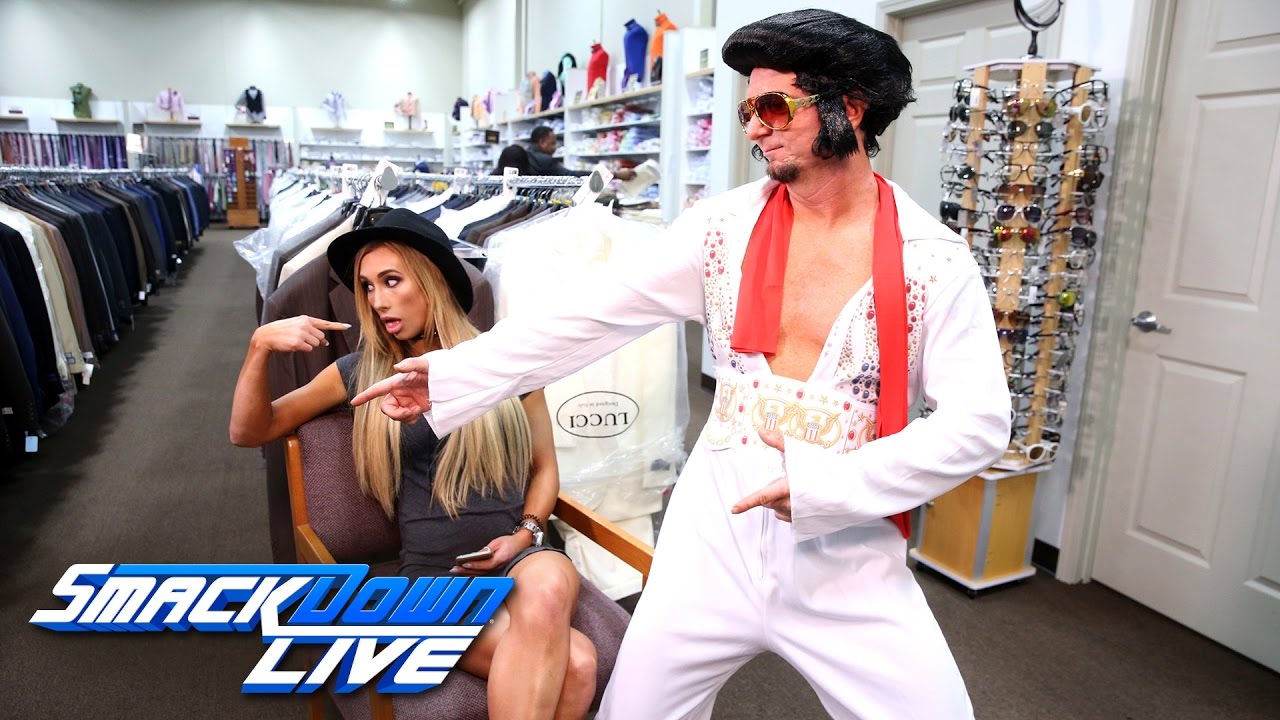 Carmella took James Ellsworth shopping for clothes in a comical segment. I’m still wondering where all of this is going with these two, though.

It was a pretty good week on SmackDown. The main feuds got a lot of time and Mickie James got to explain herself which was much-needed. It’s going to be a great show this Sunday at the Royal Rumble and I can’t wait to see how SmackDown comes out of it.