This week on Raw (1/16/2017), Charlotte fills everyone in on Bayley’s past while Anderson and Gallows challenge for the Raw Tag Team Championship. 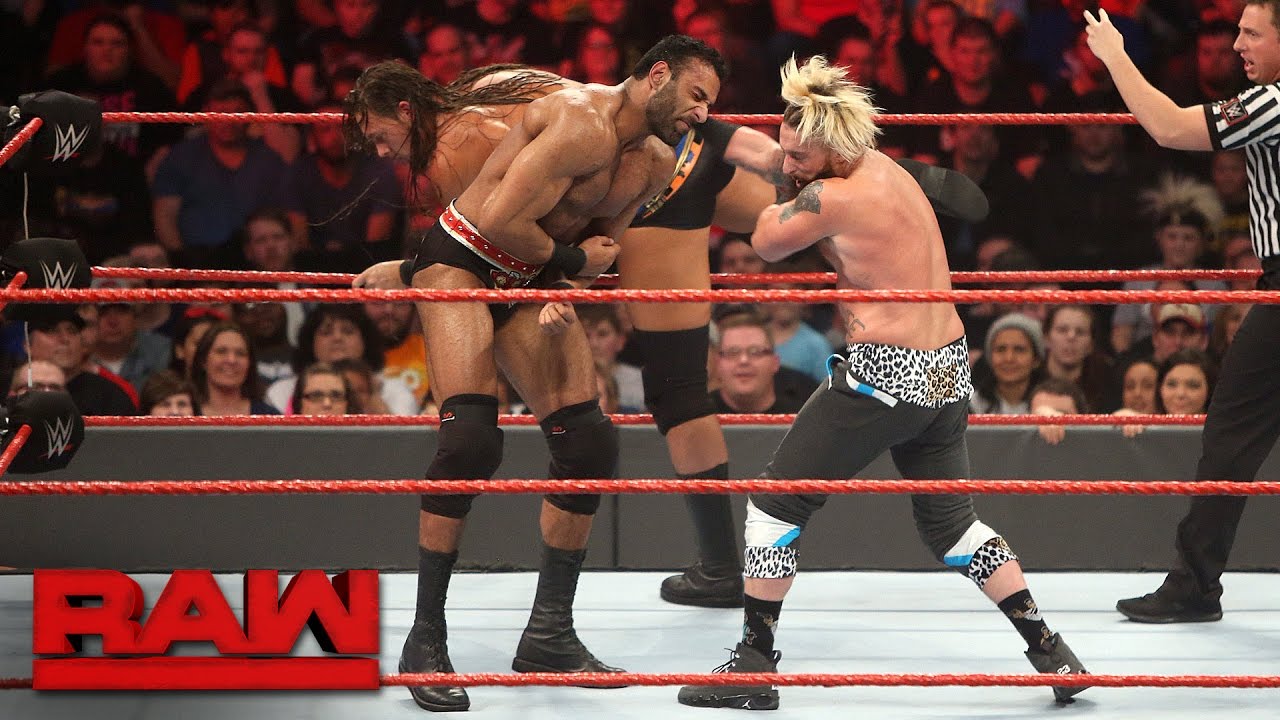 I feel like the feud between these 4 guys just continues to drag on and on and on without any real payoff. Where is this going exactly? What’s the endgame here? No one seems to know. Every week on Raw we just get a variation of a match between some components of these 4 guys. Sometimes one side wins, sometimes the other wins. There has to be a purpose in wrestling as to why guys are feuding and there just doesn’t seem to be much of one anymore. The whole Lana thing made sense, but that ended weeks ago and we’re still seeing these guys all face off. It’s time to put it to bed and give these talented guys something better to do.

Sheamus & Cesaro vs. Anderson and Gallows for the Raw Tag Team Championship 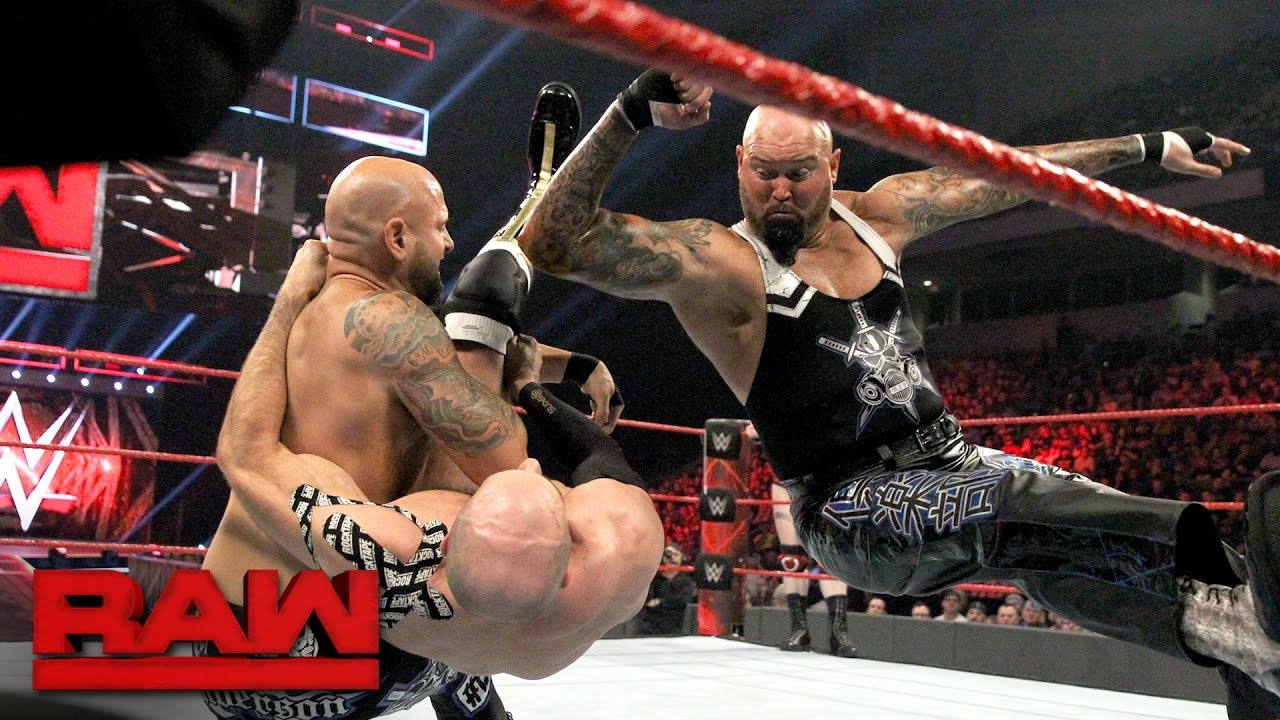 Karl Anderson and Luke Gallows have had more tag team title shots in the last 6 months than anyone else in the company. I haven’t researched that fact, but I’m fairly certain it’s true. It seems like every few weeks these guys get a title shot only to be screwed over in some way shape or form. It’s a weird thing for the heel team to get screwed, but that’s how it’s been going for the good brothers.

Anderson and Gallows got yet another opportunity to take home the tag titles Monday on Raw against Cesaro and Sheamus. The result was very much the same. Sheamus ended up hitting the referee with a forearm thinking he was one of the two opponents. This knocked the referee out. Anderson and Gallows then disposed of Sheamus and hit the Magic Killer on Cesaro for the 3-count after another referee came in to count the fall. Of course, this wasn’t the end of things. The first referee reversed the decision due to a disqualification on Sheamus thus allowing Cesaro and Sheamus to retain the titles.

I hope very much that after all the ways they’ve been screwed around over the past few months that Anderson and Gallows finally snap and destroy Cesaro and Sheamus in a rematch to finally claim the titles. This can only go on so long before absolutely no one cares about them anymore. It’s been a weird way to debut such an established tag team. I really expected them to have a bit more championship success than they’ve had so far. I think the tides are about to turn. 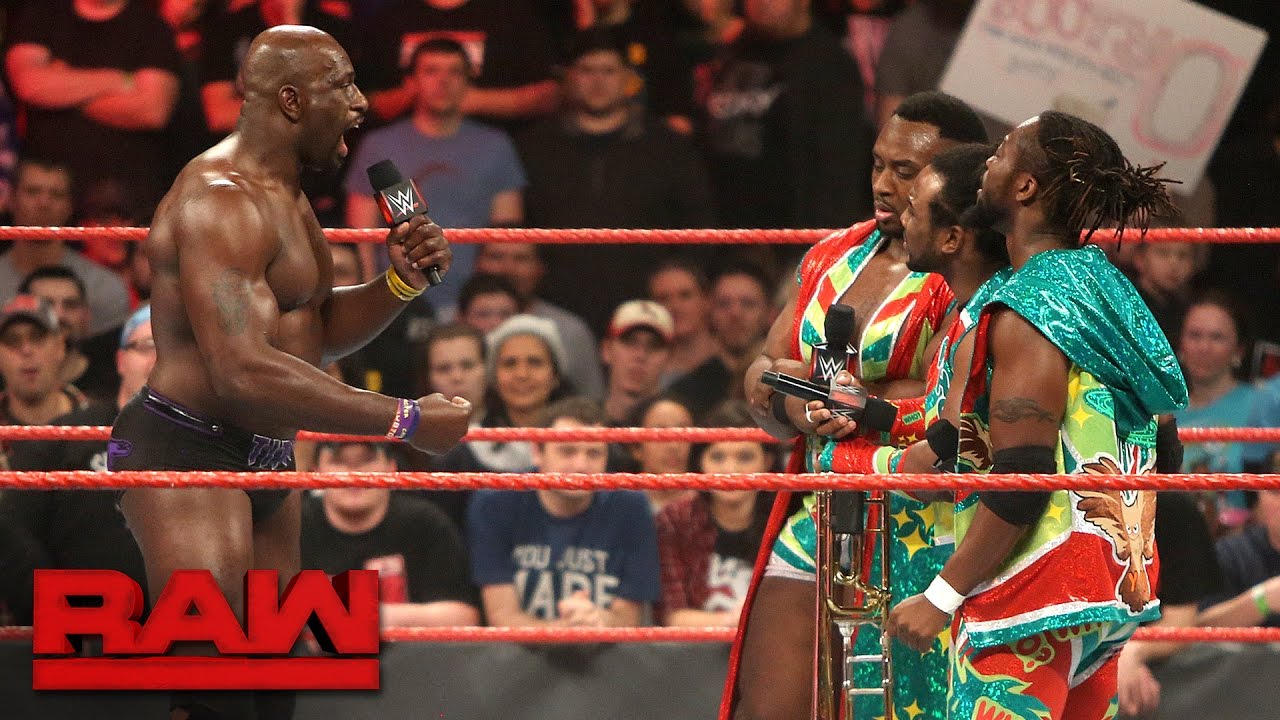 I don’t really understand Titus O’Neil’s obsession with trying to be the newest member of The New Day. It’s kind of strange to me. This week, Titus tried to take one of The New Day’s spots in the Royal Rumble. Big E defeated Titus and that was pretty much all there was to that. This is another example of a little feud just to get these guys on TV not unlike the one between Enzo/Cass & Rusev/Mahal. These feuds aren’t terrible, they just aren’t all that interesting and better serve as bathroom breaks. There is so much more that could be done with these guys. 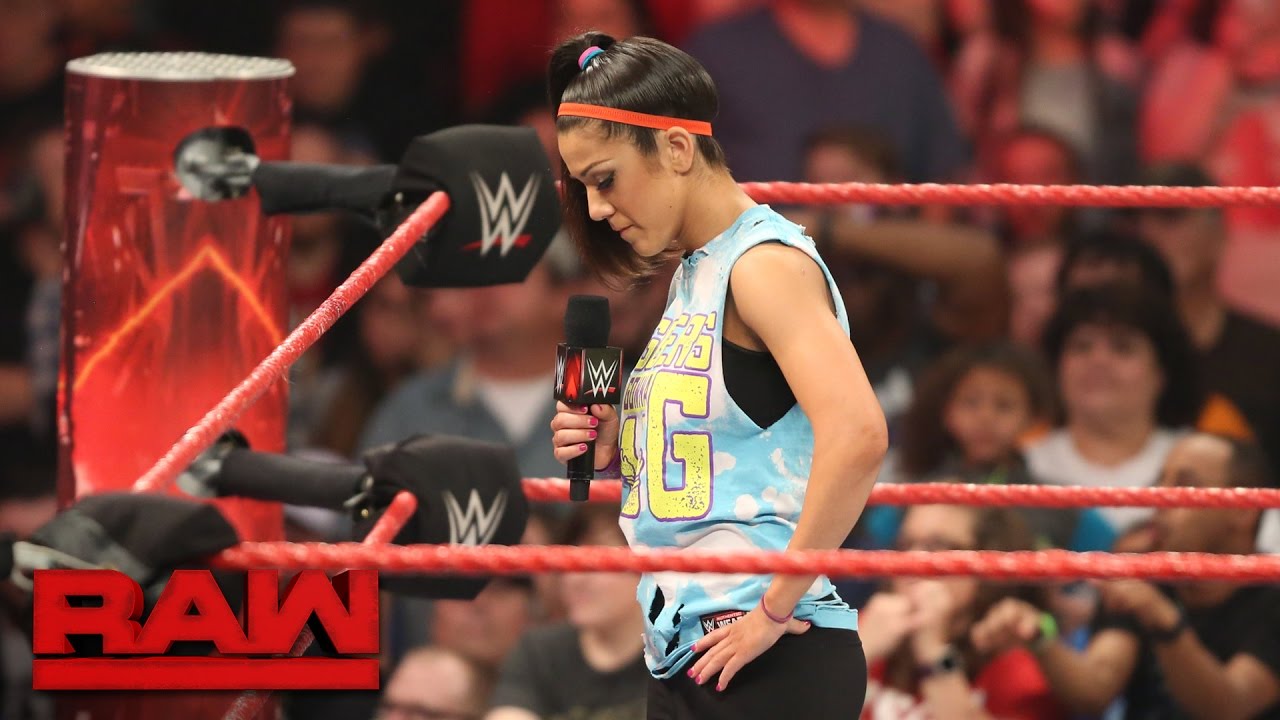 I don’t know what it is about Charlotte but when she cuts a promo, I’m dialed in. I think it’s the fact that she is so confident in herself and so humorous when talking about her opponents. Charlotte decided to talk about Bayley’s childhood and how she was a WWE fan all her life before becoming a wrestler. Her main point was that Bayley was nothing more than average just like all the people in the audience while she was training 20 hours a week and winning state championships. It was a pretty compelling argument from a competition standpoint. Bayley came down and talked about how she isn’t ashamed of her passion for WWE and how she wasn’t fortunate enough to have a dad to get her foot in the door with one phone call.

I think both ladies did a great job stating their points. This is shaping up to be a good feud because it consists of two people from completely opposite sides of the spectrum. Charlotte is the athlete, Bayley is the passionate fan turned pro. All of this will culminate in an unbelievable moment when Bayley finally does dethrone Charlotte. Bayley is a different type of star. She is very much the representation of a fanbase. I’m excited too see this feud through. 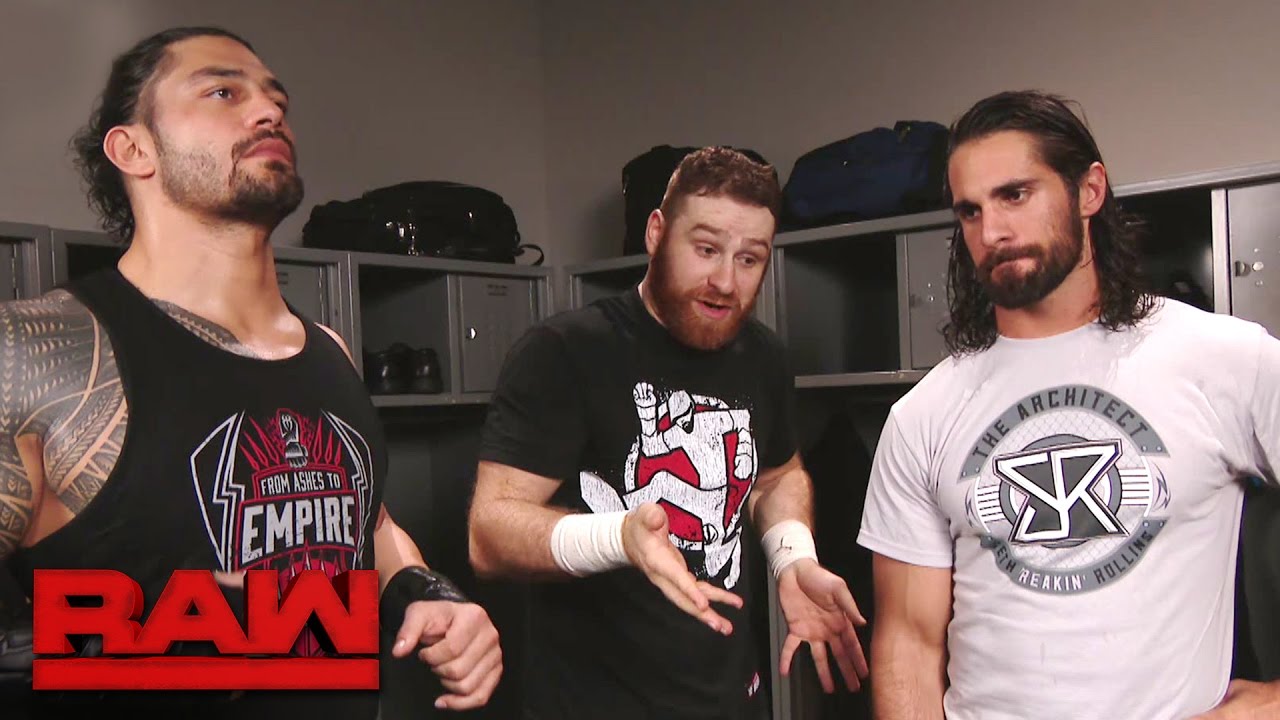 I’ve heard a few murmurs about a possible Shield reunion many times over the last few months. It’s starting to make some sense. I keep hearing Roman and Seth talking about it on Raw randomly. It seems like WWE is trying to plant the seeds in everyone’s heads and gauge interest for this possible reunion. The interesting point in all of this is that one member is one SmackDown Live. I’m wondering whether or not there could possibly be a new member to take the place that Ambrose took up. Of course, this is all speculation but it’s fun to think about.

Cedric Alexander finally got a win after getting rid of Alicia Fox. The thing about that is, she actually helped him win. He snubbed her after the match, though. Cedric is still a good guy. It’s great to see Fox actually get some TV time. She’s a pretty good character that is perfect as a manager. 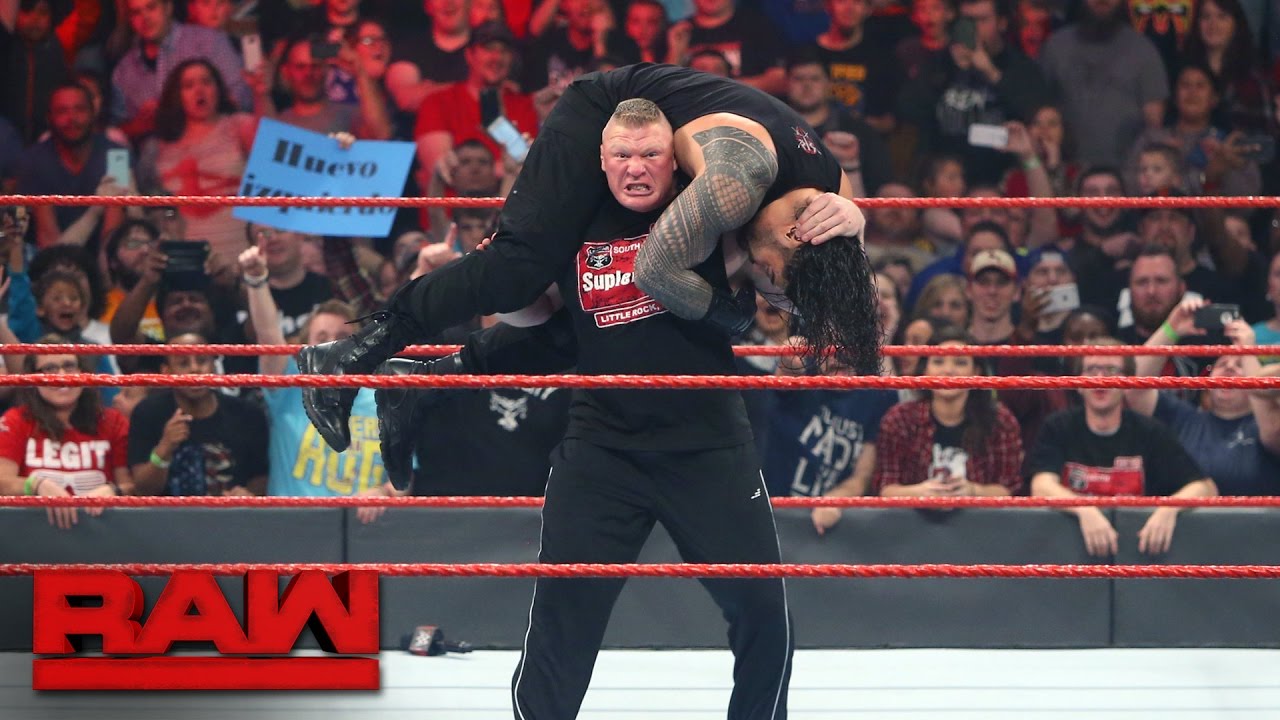 Brock Lesnar came and destroyed everyone. Somehow it felt less impactful this time. 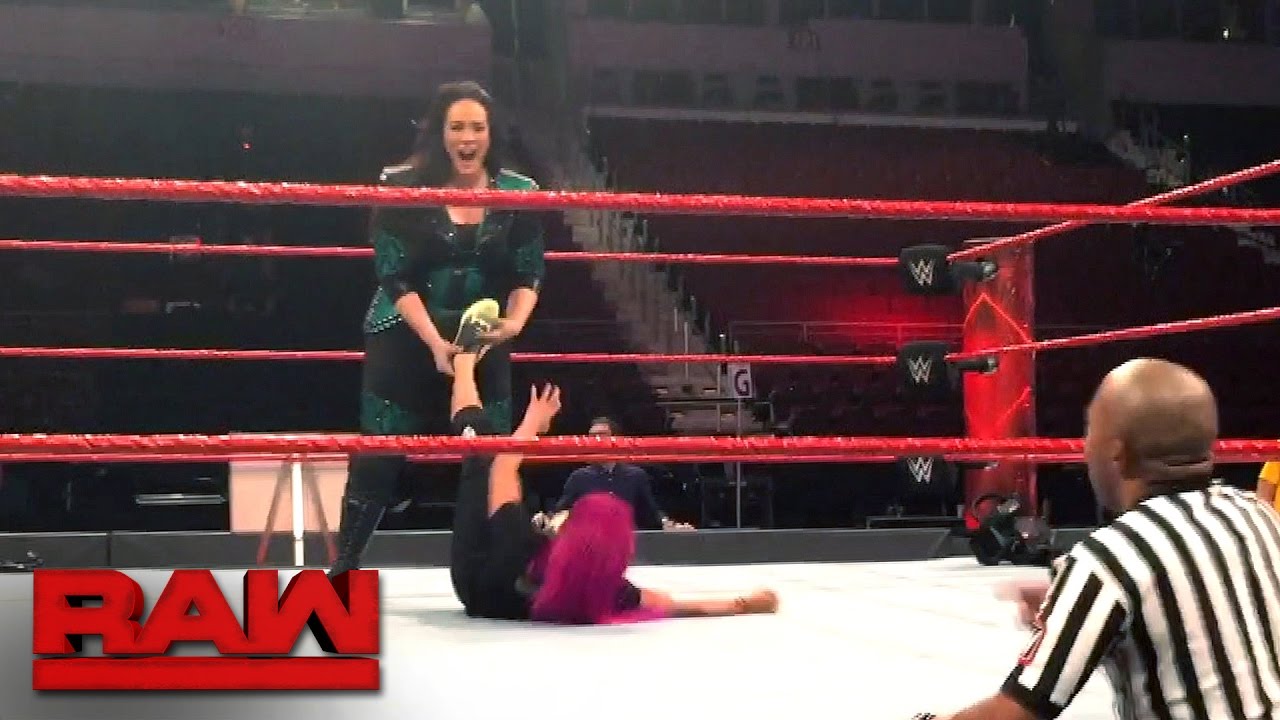 It was a good way to get Nia Jax some heat by having her attack Sasha while she was testing her knee out before Raw. That was thinking outside the box.

Kevin Owens finally looked strong tonight being the last man standing after the 6-man tag main event. I’m hoping that Owens is starting to return to the ruthlessness that made him so popular. The dissension between he and Jericho is starting to be teased too. Things are getting very interesting.

Congratulations to Kurt Angle for finally going into the WWE Hall of Fame. He’s definitely one of the best wrestlers of all-time and it’s time for him to come back to the WWE family.

I liked this week’s Raw but I still feel like there’s too much random stuff going on. There are very few concrete feuds right now and it feels like things are just being thrown at the wall to see what sticks. Trying to load Raw with stars certainly hasn’t done it any favours, unfortunately. I’m optimistic that as Wrestlemania starts to take shape that Raw becomes a better show on a weekly basis.