The 2/14/2017 SmackDown featured a Triple Threat Match for the WWE Championship and not too much else of note. Check out my thoughts inside! 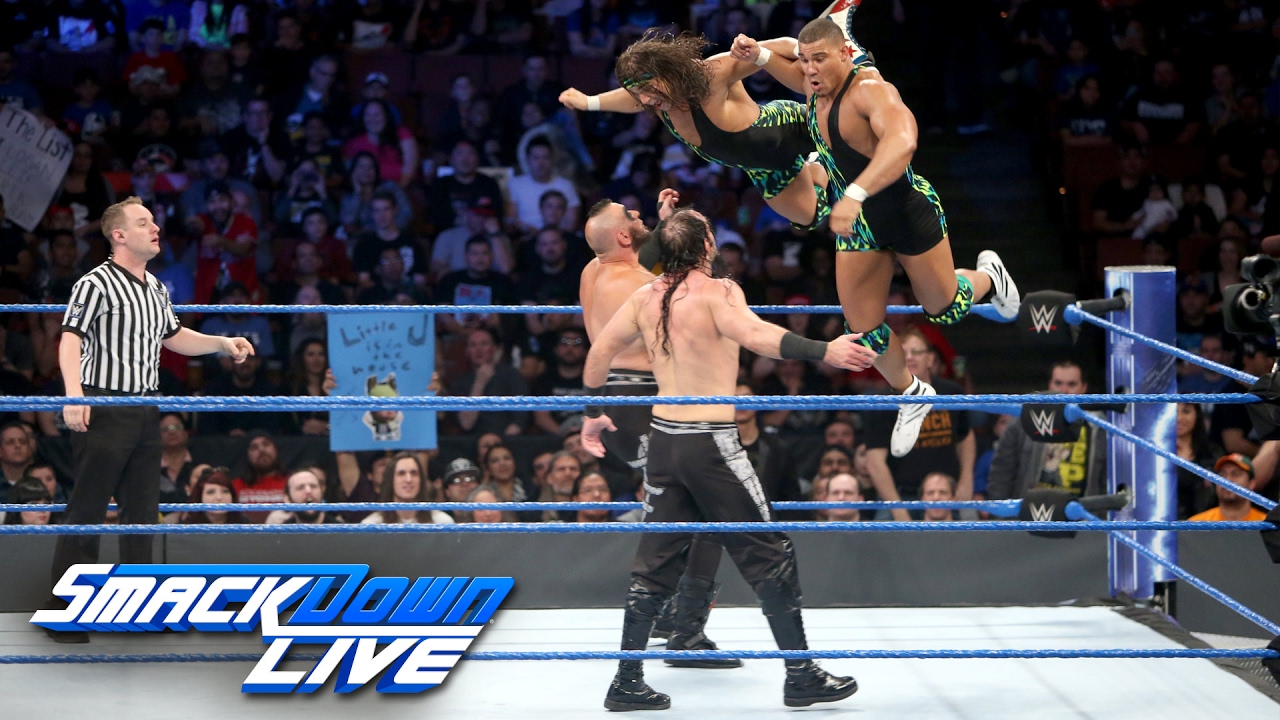 I knew it wouldn’t last forever. The Ascension took a loss on SmackDown against American Alpha. While that wouldn’t normally be much of a surprise, I really thought something might finally be happening with them. Nope. All that happened to them is falling to Grand Amplitude for the 3-count. Now, normally this would upset me more than this, but I’ve come to accept it. What does it really matter at this point? There are so many teams that are under-utilized, eventually their turn will come. Right?…RIGHT!?

At least The Usos now have their sights on the titles. The matches between them and American Alpha will definitely be better than any of the tag team fodder we’ve seen thus far for the SmackDown Tag Team Championship. 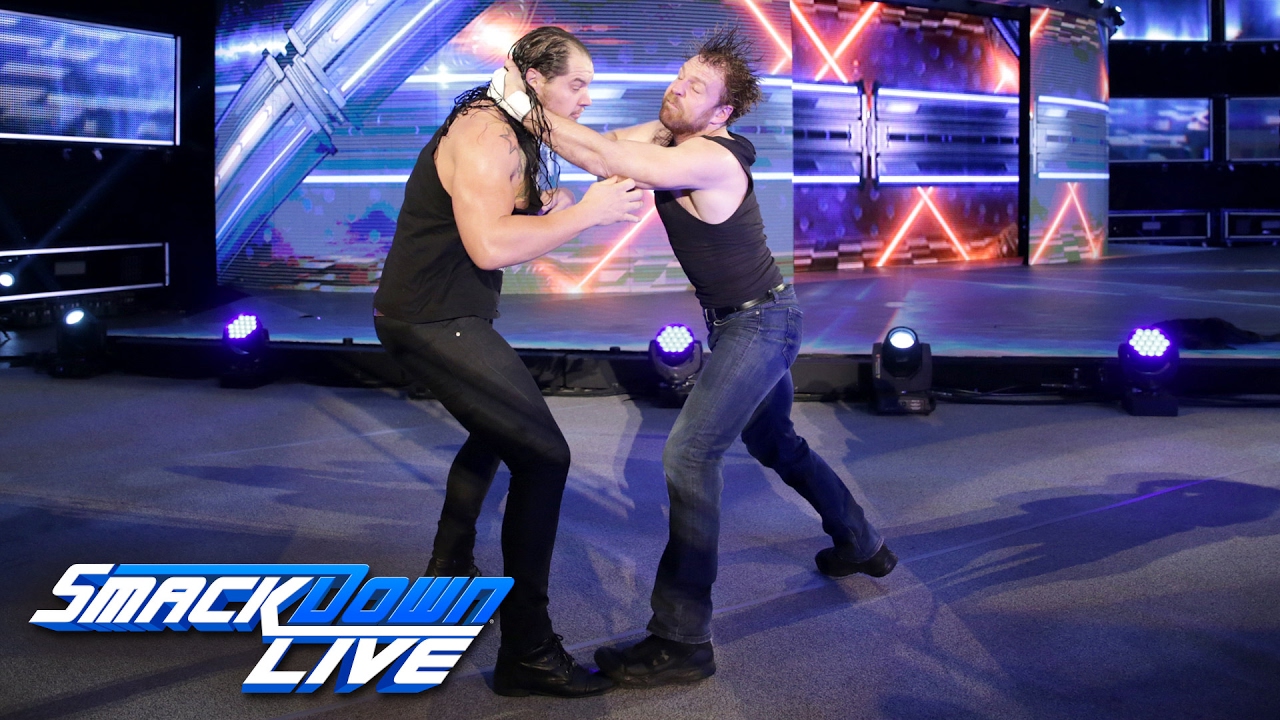 Dean Ambrose happened to be looking to for Baron Corbin when he stumbled upon Carmella and James Ellsworth. He then told Ellsworth that Carmella was using him. Daniel Bryan came up and Ambrose asked if he could beat Ellsworth up, Daniel gave them a match and we had a pretty humourous segment going on. Once Ellsworth got out there, Ambrose’s music hit only for him to be thrown out on the stage by Baron Corbin and Corbin hit Deep Six on the tech equipment near the stage.

I loved the way this certified Corbin as a threat to Ambrose and that Ellsworth will probably play this up like he stood tall against Ambrose as well. Corbin’s explanation for the attack was the best: ” I’m not WWE Champion because of Ambrose, Ambrose is on his was to the hospital because of Baron Corbin”. Cold, so cold. I like it. 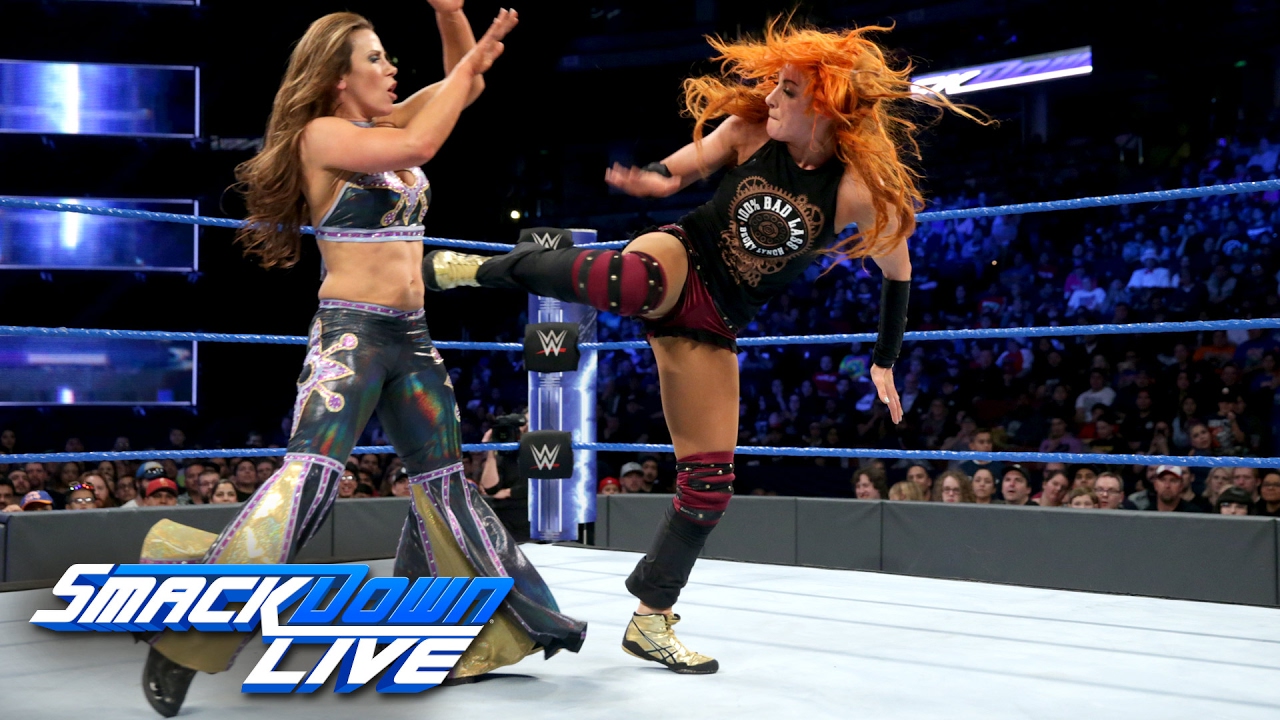 I’ve mentioned before about how much I’ve enjoyed Mickie James being back on SmackDown, but it really starts to show in the quality of matches that she’s been having. With all the new blood in the SmackDown Women’s Division, these types of veterans are so important. It’s kind of like a sports team with all rookie players. Those teams traditionally do well because they’re hungry, but they need the veterans to focus the energy. That’s what we’re seeing with Mickie James and why it’s working so well. I also loved the fake injury finish to the match with Becky Lynch that saw her get the quick victory after a Mick Kick. 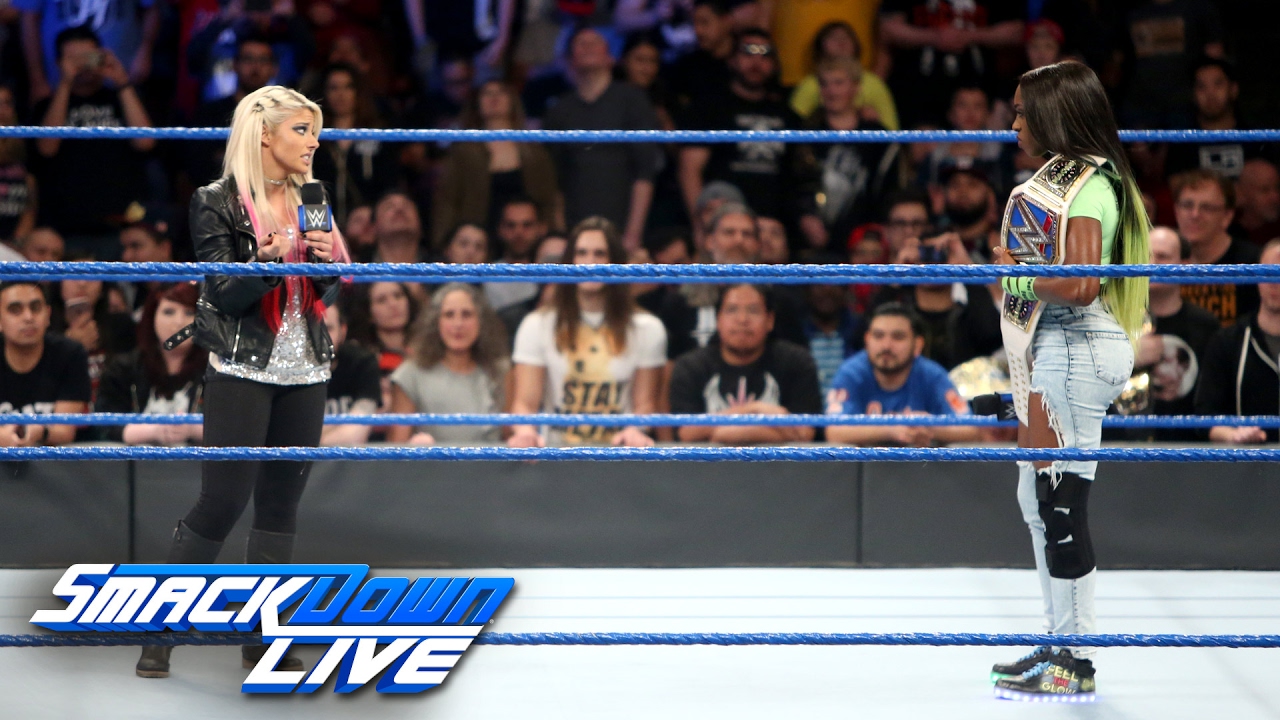 In what should have been a big moment for Naomi coming back to SmackDown after winning the SmackDown Women’s Championship, Alexa Bliss stole her thunder. When the heel has a full minute promo and your face champion doesn’t have much of a comeback, it’s pretty troubling. These are the issues that WWE seems to face with a lot of the Women’s Division, though. There just doesn’t seem to be a lot of back and forth in promos. It’s always one girl carrying it for the most part. Alexa is the best woman on promos on the SmackDown brand and I’m looking for a big pushback by Naomi next week. It’s early in Naomi’s reign and I’m still looking for her to make her mark. It’s hard to do that with an injured knee. 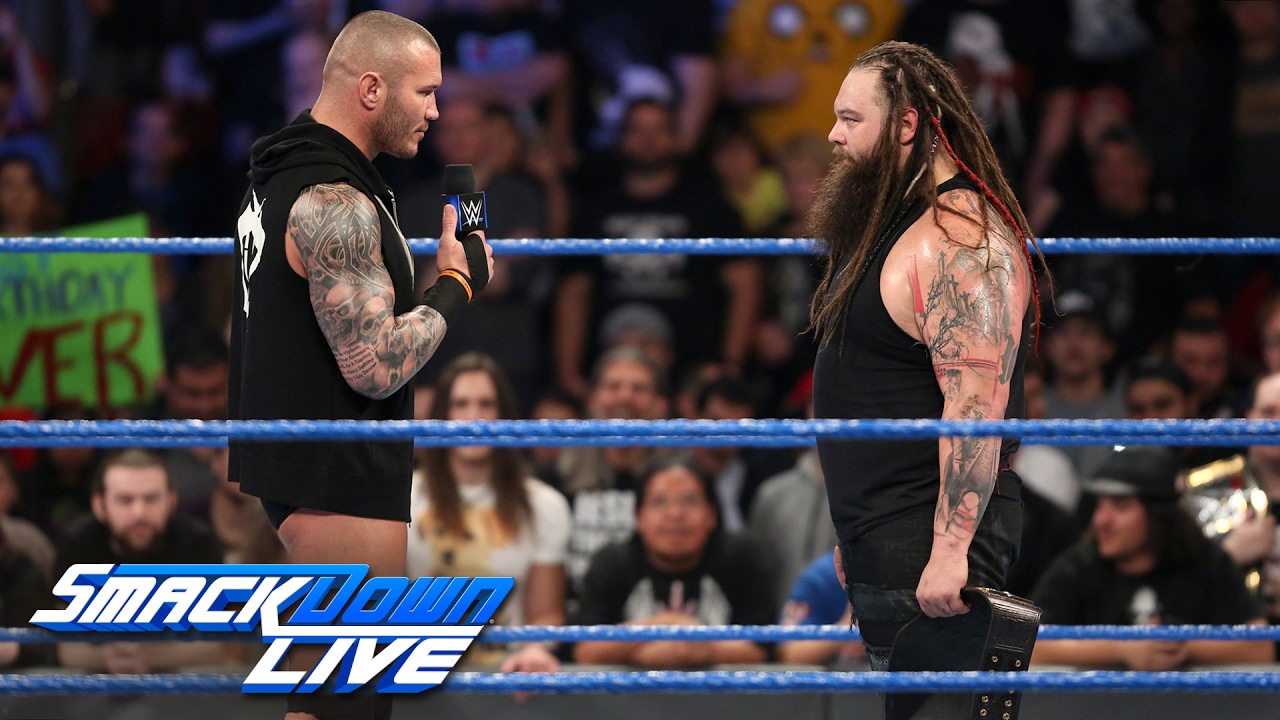 Bray Wyatt retained his WWE Championship by defeating John Cena and AJ Styles in a Triple Threat Match. I have to say that I really love how often that title gets defended on TV. When’s the last time we saw the Universal Title defended on TV in any meaningful way that didn’t involve interference? I’m not sure of the answer, but it’s certainly not often. I’m glad that they got rid of both championship rematch clauses in one match, it was a nice different kind of spin.

The result was obviously Bray winning, I don’t think anybody would have thought otherwise. The interesting thing that came out of all this was Randy Orton coming out and pledging his allegiance to Bray and telling him that he would not face him at WrestleMania. I’m not sure what they’re going to do with this, but that was the best part of this edition of SmackDown.

Wow was SmackDown a bore this week! I’m usually very complimentary of the blue brand, but I really struggled to find a whole lot to say this week. It was a going through the motions week. Definitely a tough one to sit through for me.