The 2/21/2017 SmackDown Rebound focuses on Naomi relinquishing her championship, the new SD Women’s Champ, and the draw in the #1 Contender’s Match!

It’s always tough to see someone have to relinquish a championship and it was especially hard to see Naomi relinquish hers. With tears in her eyes, Naomi handed the belt to Daniel Bryan knowing full well that she would probably miss WrestleMania in her hometown. It was a heart-breaking sight for someone who has worked so hard for so many years to finally get to that level and win that championship. I’m not sure what the extent of her injury is or how long she’ll be out, but hopefully this isn’t one of those 6-month injuries that keeps her out until SummerSlam.

Alexa Cashes In On An Opportunity 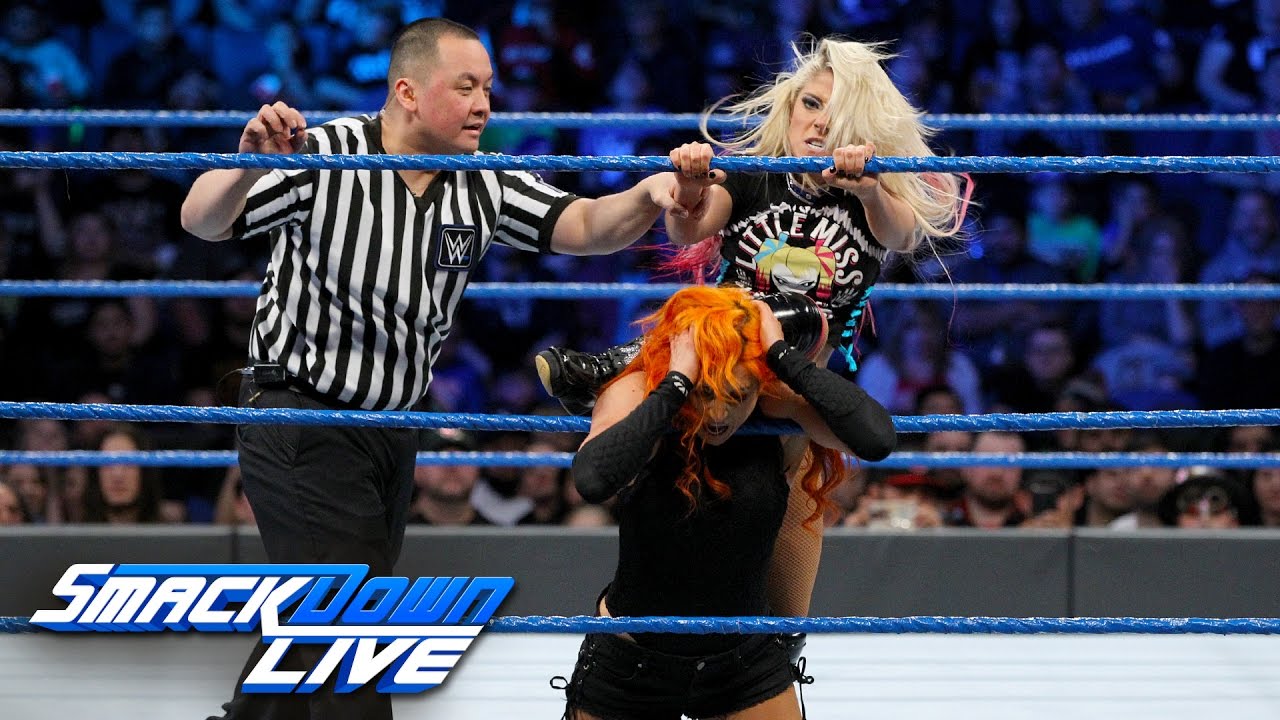 Alexa Bliss came out as Naomi was going to the back to stake her claim to being handed the championship. Of course, Daniel Bryan didn’t do that but he did make an impromptu championship match between Becky Lynch and Alexa Bliss. Alexa would mess up the ring apron so the referee would fix it and hit Becky in the throat to get the quick pinfall. Alexa Bliss is the new SmackDown Women’s Champion.

I’m happy to see the title back on Alexa, she’s been endlessly entertaining to me. I really think she’s the best woman in terms of promos on SmackDown. I love her heel character, she takes every shortcut possible. Just when you think Alexa is going to lose, she finds a way to win. Some people can own a character like that, Alexa does it with ease. I’d love to see her walk into WrestleMania with the title, there’s no one I’d rather see hold it right now. I am hoping that Mickie does turn on her at some point to feud over the title. I think those would be some good matches.

The Usos Continue The Mind Games American Alpha got a quick victory on Breezango before The Usos came out to tell them they’re watching them. It’s kind of weird and I don’t fully understand it. The Usos are acting like they’re hiding in the shadows waiting to strike and it’s pretty comical. I can see them going pretty far with this, but I’d rather see these two teams having some great matches like you know that they can. For now though, it’s pretty funny to see Jimmy and Jey following American Alpha around reminding them that they’re there.

Nattie Gets The Last laugh 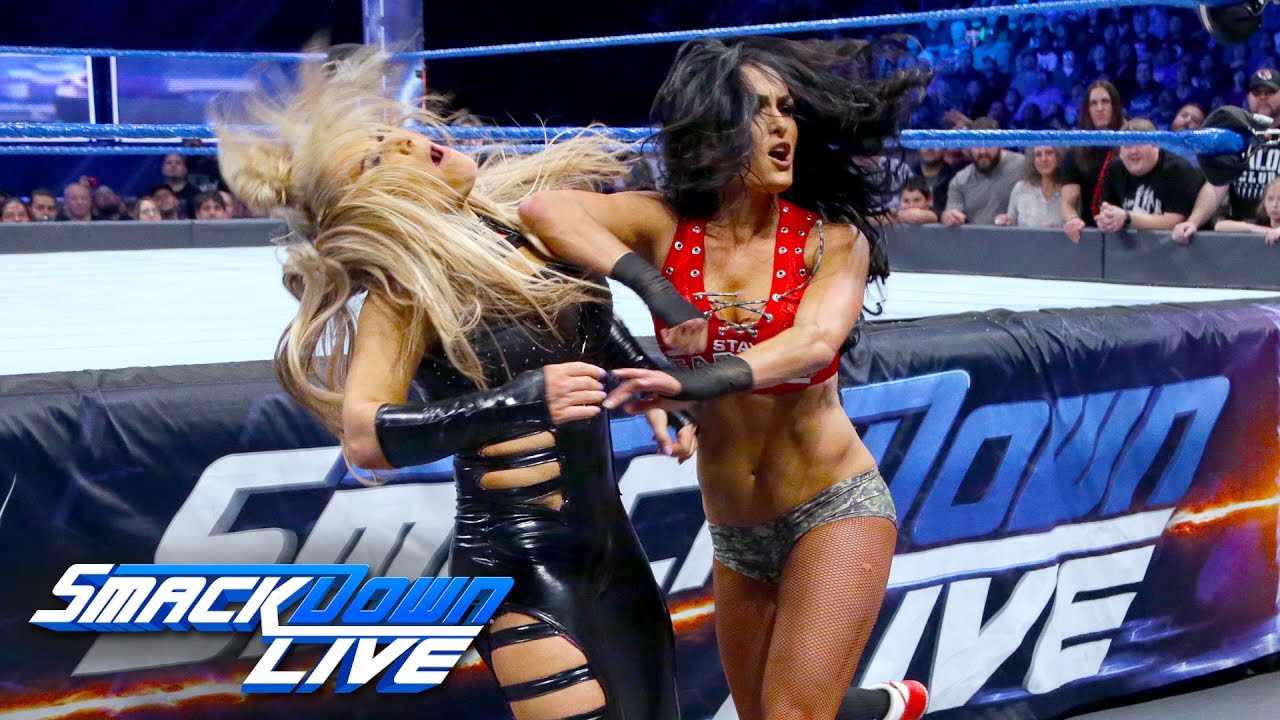 The feud between Natalya and Nikki Bella seemingly came to an end in a Falls Count Anywhere Match. What I loved about this match was that the bulk of it was actually spent outside the ring. These girls went everywhere and used a variety of weapons and environmental hazards to beat the crap out of each other. It was a fitting end. The great thing was that Nikki was thrown into Maryse who attacked Nikki with a lead pipe allowing Nattie to get the win. This sets up a feud between Cena/Nikki and Miz/Maryse for WrestleMania and should be something a bit different. We rarely see mixed feuds, so it’s a nice change.

As much as this feud annoyed me at times, they definitely finished strong with a good match to end it. 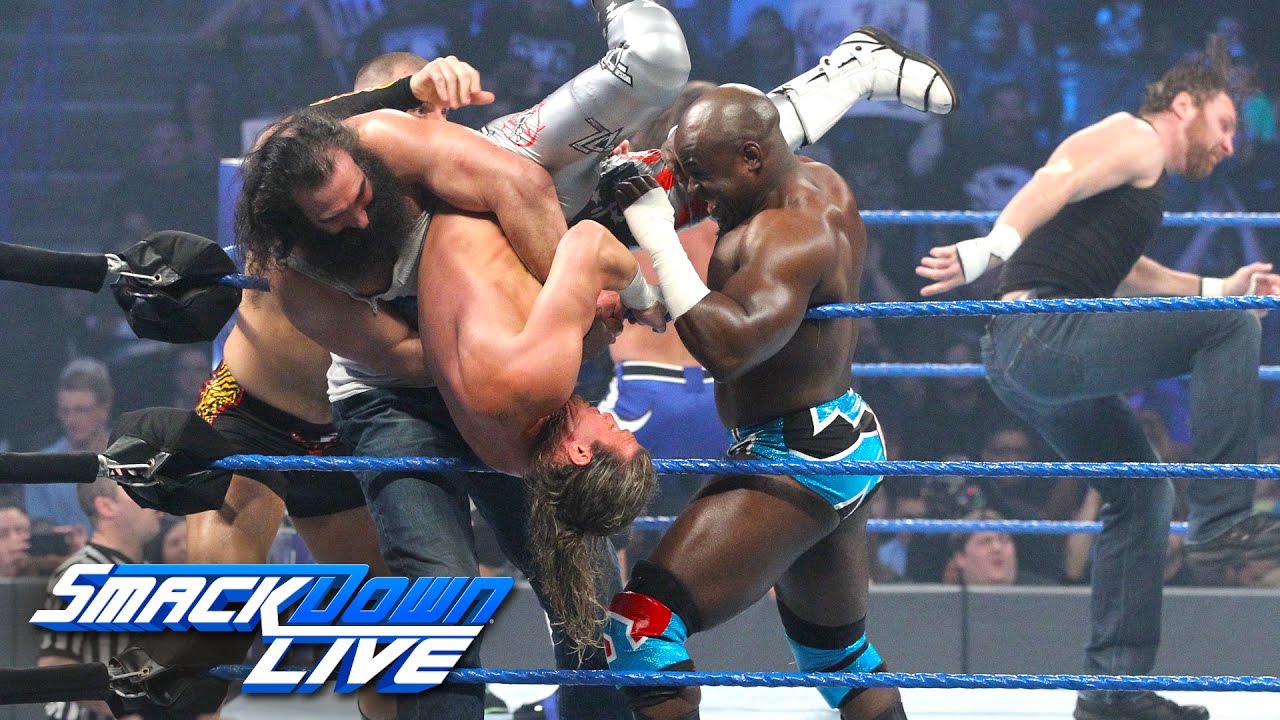 I really question WWE’s booking ideas sometimes. Why would you have a 10-man Battle Royale end in a draw only to have those two Superstars face off in a match next week for that distinction? The only reason I can think is that someone is going to cost AJ the match and that The Wyatt Family will face off at WrestleMania for the WWE Championship. It could also be that it’s just an easy way to fill some time on next week’s SmackDown. The match ended with Harper and AJ hitting the floor at the same time, even though it was clear that AJ hit first.

I’d love to say more about this episode of SmackDown, but it was a pretty focused one with only 4-5 big segments. I felt like they did a great job setting up WrestleMania feuds and moving away from previous ones. It was a decent show that you should probably watch all the way through.