I’ll hand it to Harv and Gurv, they’ve acquired quite a following in NXT as The Bollywood Boyz. They really utilize their culture to pump up the crowd and it’s been a really nice story. Unfortunately for these two, they met Killian Dain who decimated both men. Dain has been very impressive since coming in, he doesn’t look like much, but he moves pretty well for a big guy and has a great presence.He’s certainly dominant.

Eric Young stated that Tye Dillinger belonged to Sanity while Nikki Cross called for Asuka after the match. Sanity reminds me of a cult more and more and maybe that’s an interesting thing. The Undertaker had The Ministry of Darkness for a while, if this could be half of what that was, it would be the best thing WWE has seen in years. While I don’t think it’s going that way, it’s fun to dream.

There’s just something cool about Liv Morgan. Maybe it’s the suspenders, maybe it’s the energy before a match, maybe it’s the Jersey attitude, or maybe it’s a combination of those? I don’t know what it is, but there’s just something that makes you want to cheer for Liv. More often than not she’s been beaten down by Billie Kay and Peyton Royce, but on this night she got some retribution. Liv beat Billie with a quick bridge after Billie accidentally knocked Peyton off.  It’s about time Liv got a victory and I look forward to more in the near-future. She isn’t the best woman on the roster, but she’s improving every week and I think that should be rewarded. 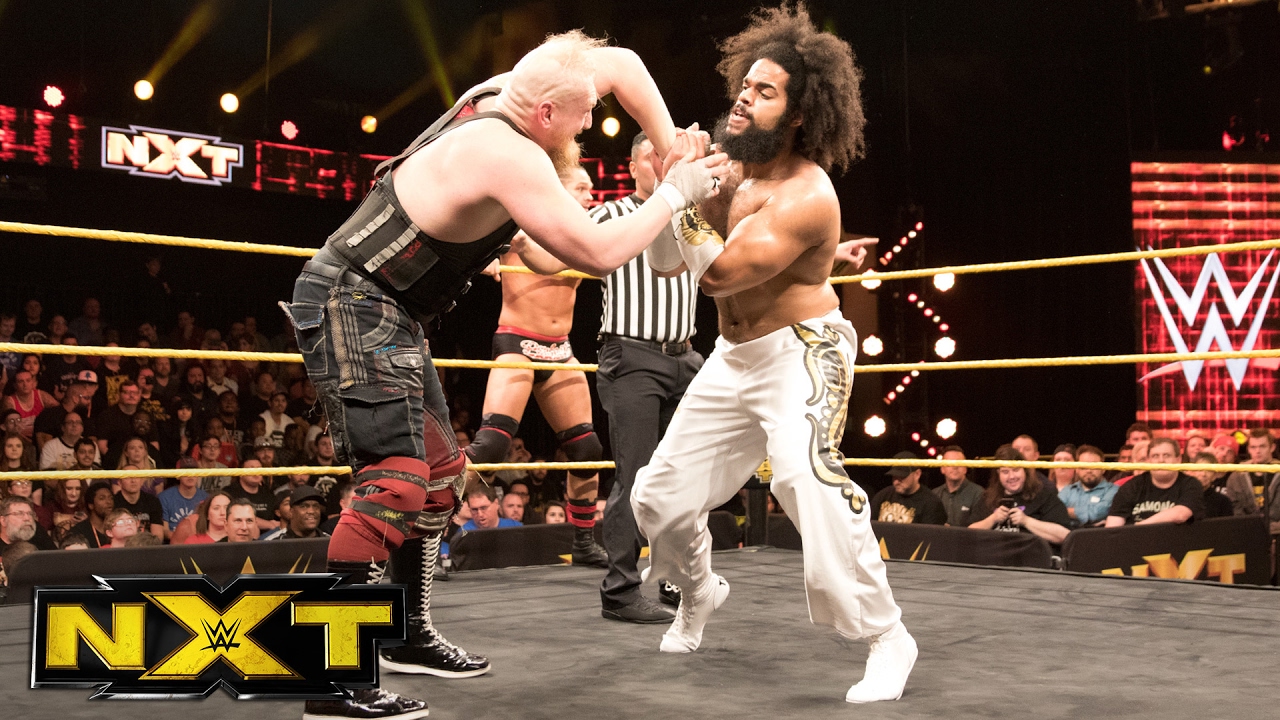 Sanity interrupted a Tye Dillinger interview and tossed him into the arena where Roderick Strong and No Way José made the save. They would face off in the main event only for Killian Dain to make yet another impression on NXT giving Sanity yet another victory. With Sanity becoming stronger and stronger, I kind of wonder who is going to step up and be able to stop them. I don’t see anybody else that would have much of a chance at this point. I’m enjoying this group as crazy as it is, though.

Heavy Machinery vs. The Revival 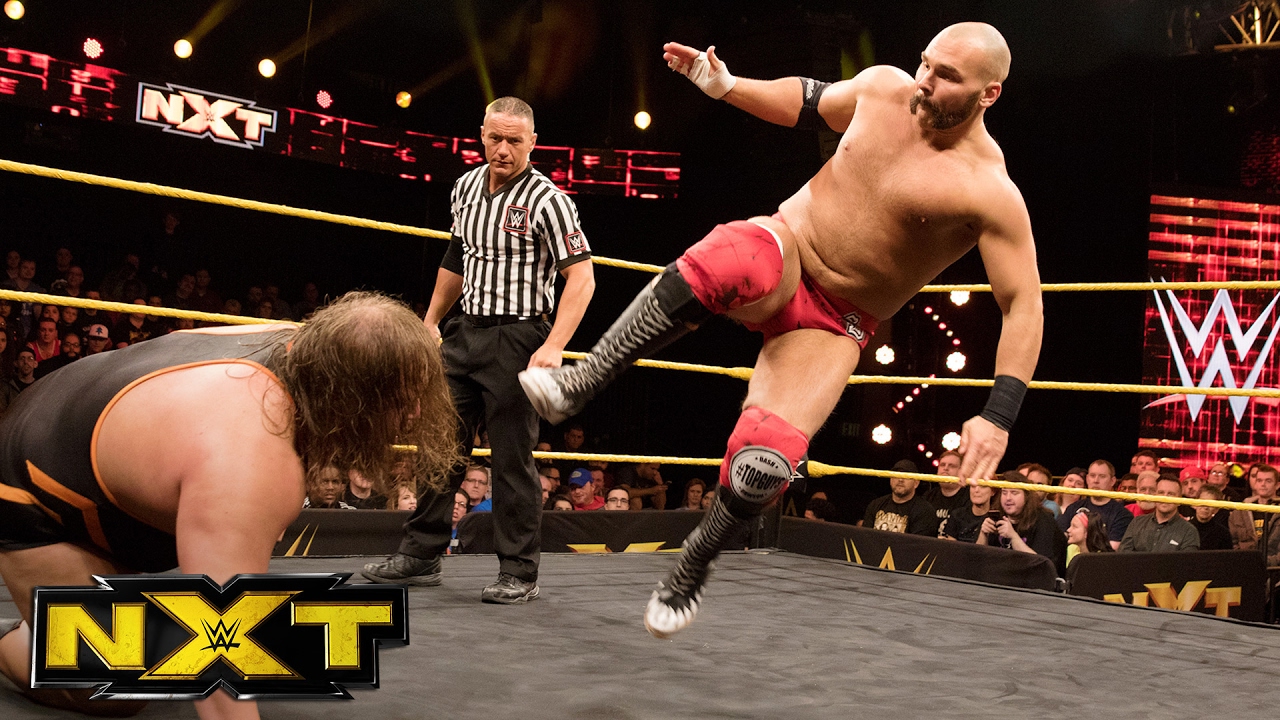 What a name for a tag team! Otis Dozovic and Tucker Knight are now Heavy Machinery and they faced off against The Revival on NXT in a good match. These guys work well together in the ring and I could definitely see the fans getting behind them in short order. The Revival are as popular as ever as well, a face turn for this team would be a great thing, but I don’t know how well it would work with how they work their matches. A lot of their matches are based upon deception and dirty tactics, so maybe not. The Revival got the win as expected.

AOP vs. The Revival in Orlando?

It looks like the tops guys want their tag titles back at Takeover: Orlando. Of course, The Authors of Pain came out, but The Revival went to the back once they hit the ring…or so we thought. Dash and Dawson got a shot in on AOP before retreating backstage. This one sounds like the best possible match to me! Book it!

Bobby Roode has called himself the IT Factor of professional wrestling and I have to say it’s pretty true with this glorious gimmick. He has the best entrance music in the business and everyone just sits there in awe for 3 or 4 minutes waiting for him to get in the ring. I think he’s my favourite NXT star right now, it’s amazing how good Roode is now in every way. I don’t see him losing that title for a long time. I don’t even think Nakamura will regain it. What’s more amazing is the guy is over 40 having this kind of a run. It kind of makes me wish that WWE would have signed all these former TNA guys 10 years ago rather than waiting so long. At least we’re seeing some great stars now.

We’re starting to see a rough draft of what NXT Takeover: Orlando will look like. What i love about NXT is they don’t give you everything in one week. They focus on a few main points and they deliver. I think Raw could learn a lot from doing things that way. SmackDown I feel is closer to NXT in that aspect. It was a decent show and my favourite of the 3 main shows this week.