Elimination Chamber 2017 was yet another great SmackDown event with a brand-new chamber and title changes. Read my thoughts inside!

Kicking off With Straight Fire 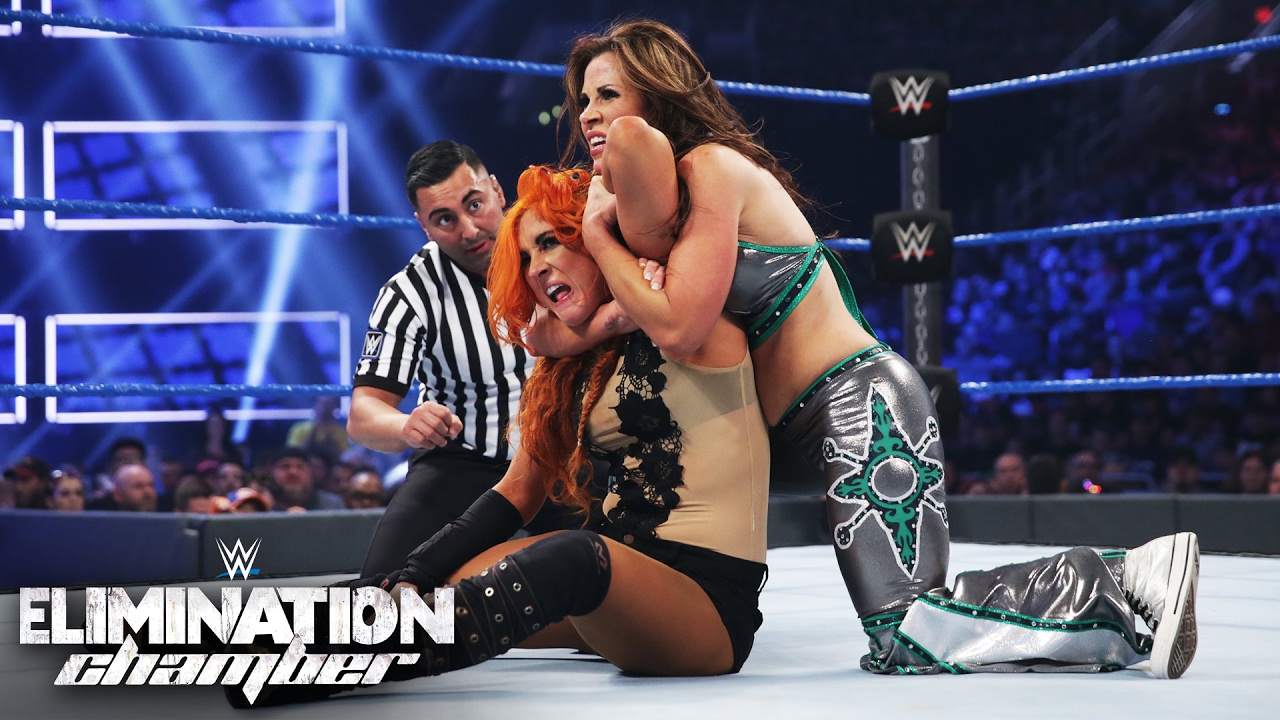 Mickie James and Becky Lynch kicked off Elimination Chamber in what I thought was a great choice. Mickie was coming in to her first PPV on the main card and surely wanted to prove she was still every bit as good as she was the last time WWE fans saw her. She really delivered tonight and I felt like it was a far more technical Mickie James than I’d seen in the past. I never watched a single match of hers in TNA or on the indie circuit, but it looks like she learned some new tricks. I was especially impressed with the amount of different ways she went after Becky’s arm.

As much praise as can be said about Mickie James, I have to say the same about Becky Lynch because she matched Mickie at every turn. Becky can also gain a lot of sympathy from the fans when she’s getting attacked by the other Superstar. If you’ll notice, most matches have Becky coming from behind to win. That happens with a lot of Superstars, but she really makes the most out of it. Becky came out victorious in this one with a roll-up. I don’t think these two are quite done with each other just yet. I’d be fine with that, these ladies had a great opening match. 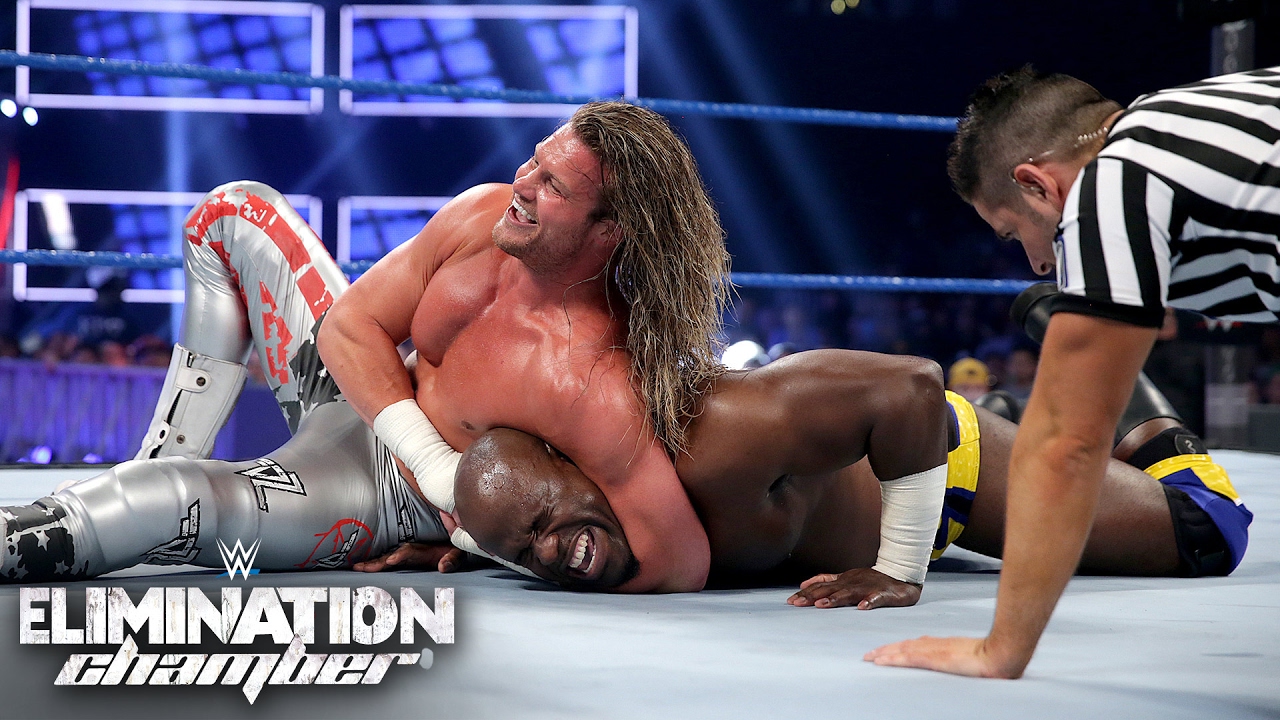 What’s not to like about Dolph Ziggler’s new attitude? The man was a good guy for such a long time and now he’s finally able to show off his evil side. I’d even go so far as to say that no one has been a better heel lately than Dolph Ziggler (Ok, maybe Charlotte). Ziggler started out the match by attacking Kalisto from behind to make it one on one with Crews. Kalisto would make it out long enough for he and Crews to win, but that wasn’t the end. Ziggler once again attacked both men after the match putting Crews’ foot in a chair twice and stomping on it.

While you might see this as burying Apollo even more than he already has been, I think he’ll go on to get revenge on Ziggler and eventually challenge for the Intercontinental Championship. I could see Ziggler taking the title from Ambrose and then feuding with a returning Crews at Wrestlemania or later. 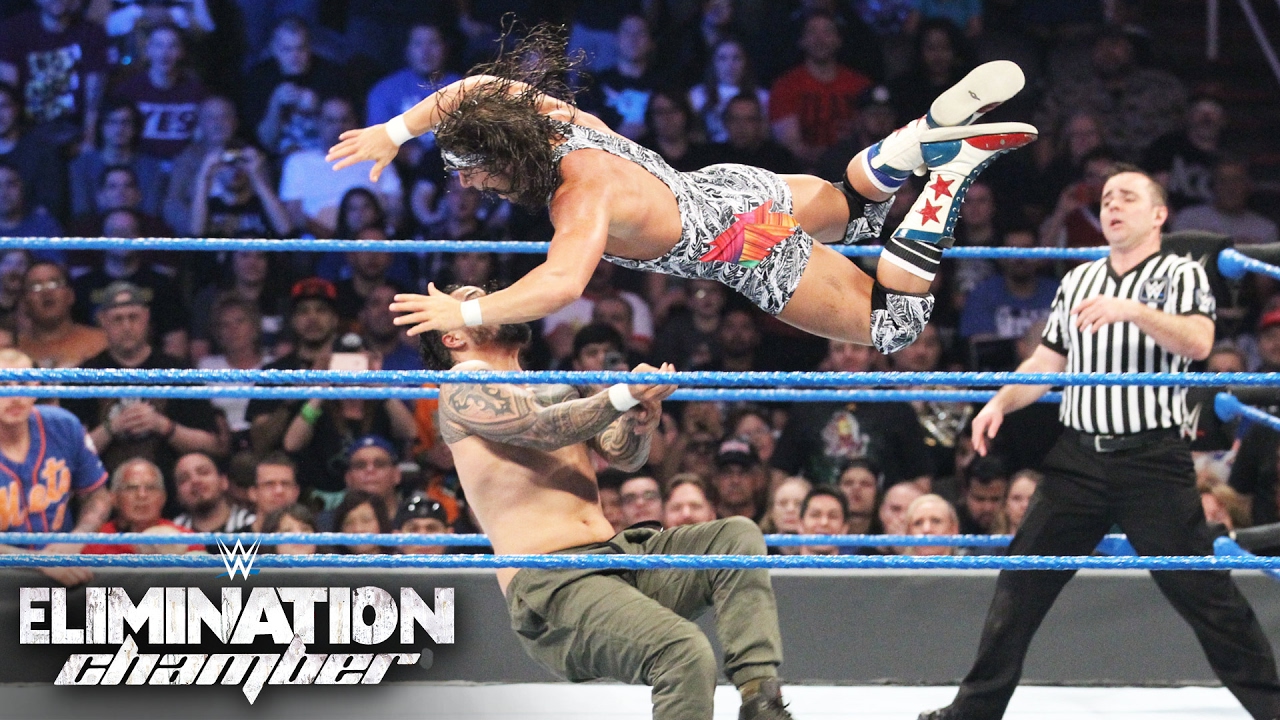 I’ll hand it to the booking team. Having a tag team turmoil match for the tag team titles. It made the match feel a lot more unpredictable and exciting. Any of those teams could have easily won the titles and I think that’s how most matches should feel. WWE did a great job giving The Ascension a big win on SmackDown while having them be the final team to go down to American Alpha when they retained the titles. I would love to see The Ascension go on to feud for the titles heading in to WrestleMania, but it’s doubtful we’ll see that.

Props to The Usos as well. When these guys come out now, it has a big fight feel. They’ve made a great transition to being heels and I can’t see it being too long before they’re SmackDown Tag Team Champions. Honourable mention to Breezango too, those two really should be doing a bit more than they’ve been relegated to. 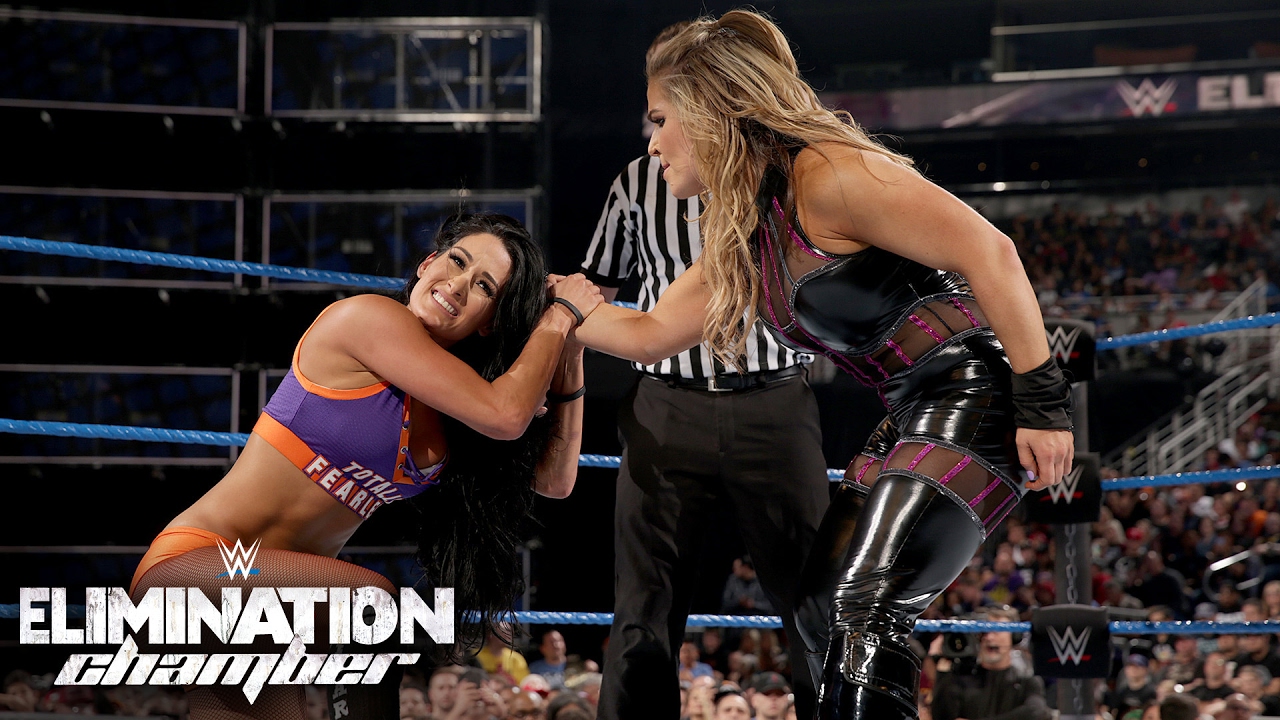 I’ve been pretty outspoken about the Nikki Bella/Natalya feud, mostly because of how bad the back and forth has been between the two women. The truth of the matter is that both ladies had a very good match, but the double count-out really left me with a sour taste in my mouth. Why did we need a false finish in this match? By all accounts, Nikki definitely was the one that should have won this one and then both ladies could move on to better things. I don’t see the point in continuing this unless there’s going to be a rematch on SmackDown.

It’s also good to note, that Nikki hit Maryse causing powder to go all over her when she was fighting Nattie backstage. I’ve heard rumblings of Nikki and Cena taking on Miz and Maryse at WrestleMania. I’ve also heard that Nikki is not feeling so great as far as her neck is concerned and that her days could be numbered as a full-time competitor. I could think of no better scenario than to go out there at WrestleMania with her boyfriend and win under those bright lights. Of course all of this is speculation, but it all adds up. 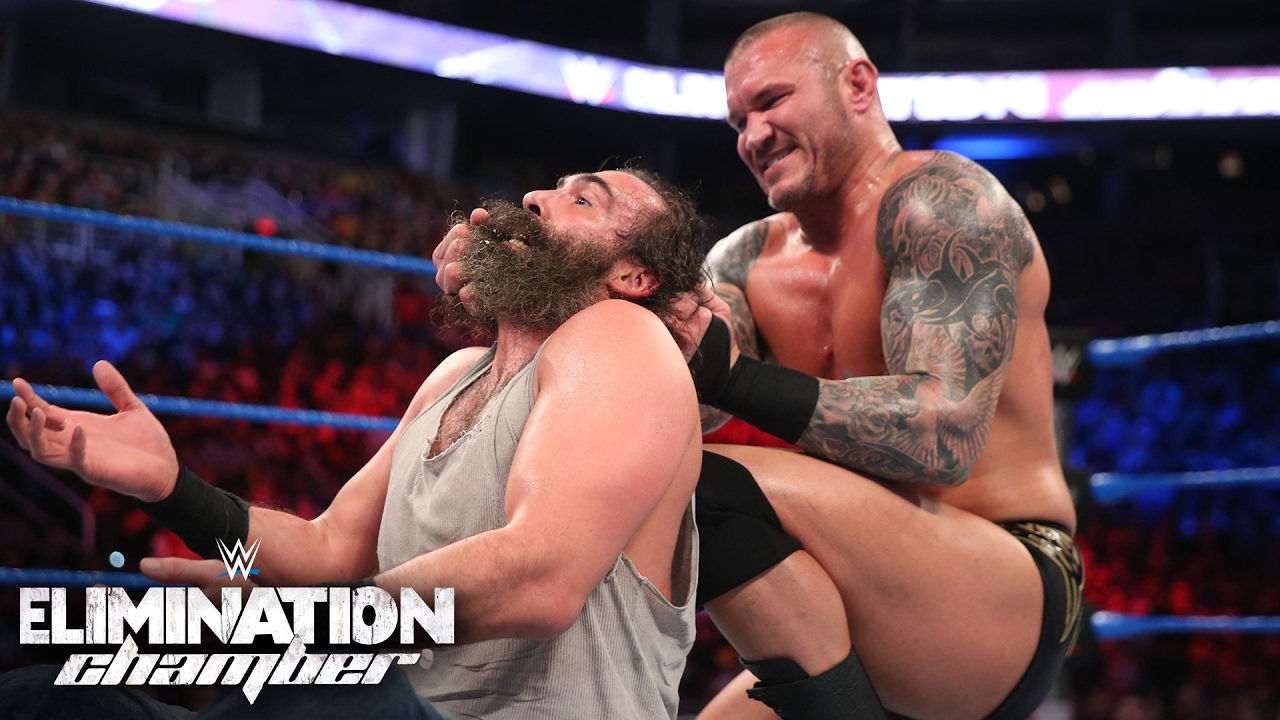 I’ve been saying for weeks how I think Luke Harper is really starting to come into his own and has shown much more personality than ever before. He showed that he can stick in the ring with Orton toe to toe as well. Harper is incredibly agile for a bigger guy and he definitely looks like someone who can really be elevated to the next level. He’s held the Intercontinental Championship before and it would be great to see him in that scene again. Even with the loss, I think Harper gained a lot more from this than Orton did. I just worry about how his gimmick may hold him back from bigger opportunities. 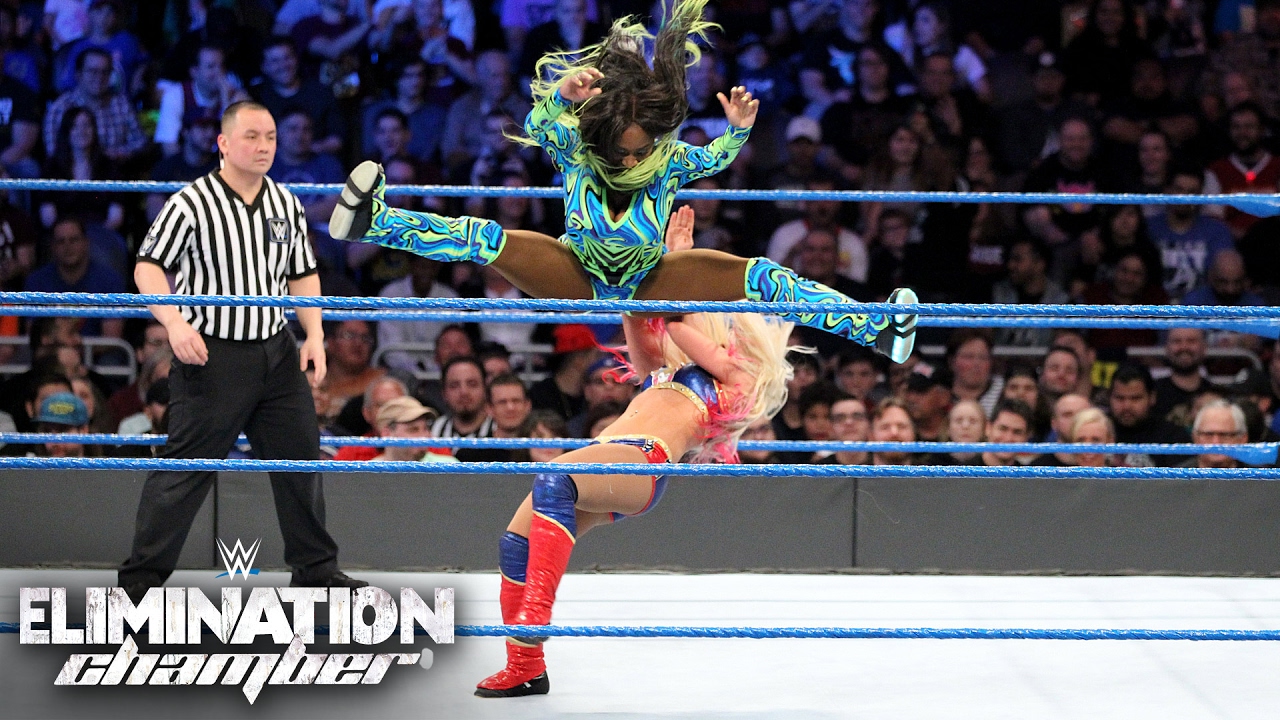 Naomi finally captured her first SmackDown’s Women’s Championship after defeating Alexa Bliss with a split-legged Moonsault. It’s been years of waiting for Naomi’s fans and quite frankly, it was about time. Naomi modified her entire entrance and has been given an opportunity to talk and wrestle a whole lot more than ever before. It’s also a nice story for her to potentially go into WrestleMania in her hometown with the SmackDown Women’s Championship.

I am kind of annoyed that Alexa didn’t get more time with the title to really make a big impact. As with a lot of heel champions in WWE, it always felt like she was only holding it because of other people’s help. I feel like she had a decent reign, I just would have liked to see her do it on her own. I had the same problems with AJ and Owens’ reigns as well, though and they’ve done just fine. 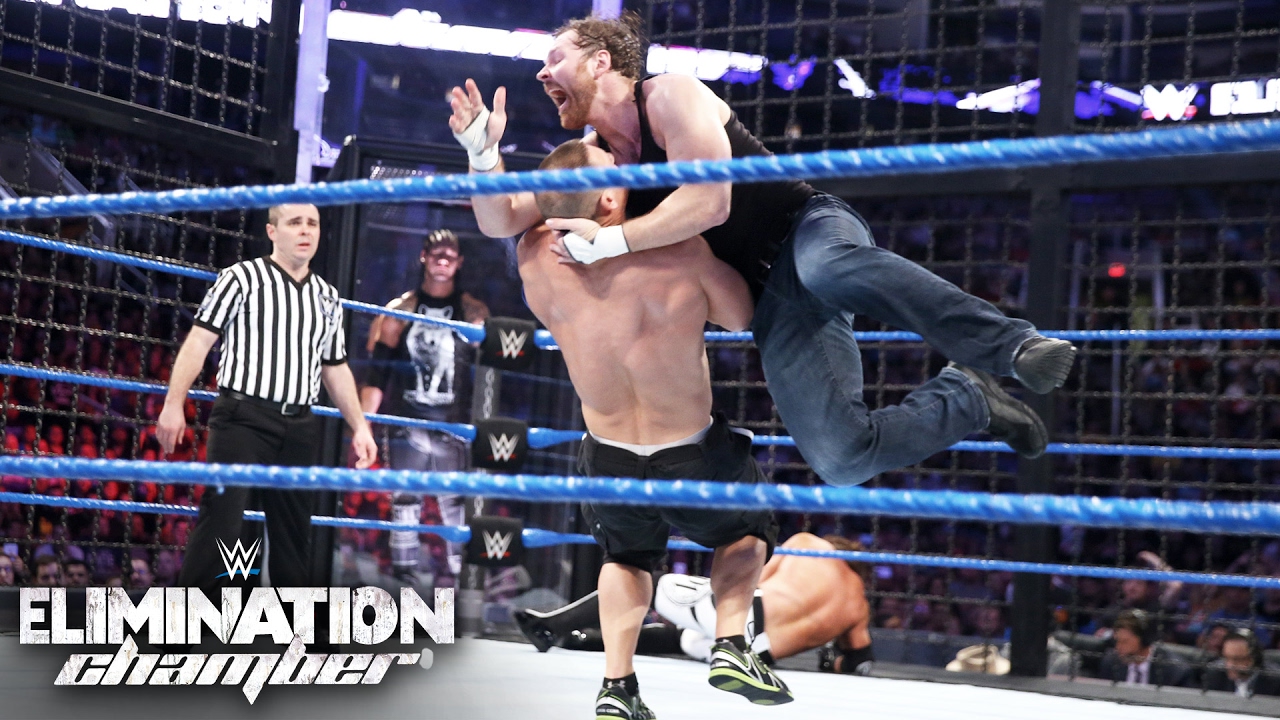 WWE debuted a brand new Elimination Chamber that’s a lot more boxey and less appealing to the eyes in my opinion. I wondered why they did this and came up with a few observations. It’s a lot safer since the floor is no longer just steel, but it’s steel covered in a couple inches of foam. It’s still probably a bit hard, but this is an injury prevention tactic if I’ve ever seen one. The second reason was to add some lighting to the top of the chamber and a nice WWE logo in the middle of the top of it. I don’t like the new chamber, I’m not really sure why, it just doesn’t look as menacing as the original one.

AJ and Cena started out in this match which all but ensured that neither man would win. I will say that this was one of the more tame Elimination Chamber matches that I remember. We saw a few big jumps off the side of the chamber and off the pods, but none of it felt all that exciting. Maybe it’s just me. It looks like Baron Corbin is next in line for the Intercontinental Championship since he cost Ambrose the match after Ambrose pinned him. At least that’s something.

The only other big thing that came from this match was Bray Wyatt capturing his first WWE Championship. With easy this result was to guess, it wasn’t nearly as special. It made all the sense in the world to have Randy Orton battle Bray for the title at WrestleMania. Some people may not agree, but having these two finally face off after all that’s happened between them is a perfect ending to this whole storyline. This will end up being a 6-8 month story arc between these two guys which is a pretty rare thing these days. I like that kind of forward thinking and I think it was definitely a great time for Bray to finally become champion.

SmackDown did a great job with Elimination Chamber. They found a way to really give the fans a lot of good matches and decent stories with only two weeks to build which is impressive. It wasn’t the best pay per view, but it was enjoyable and the title changes made it worth the watch if for nothing else.

Movie Review: Fantastic Beasts and Where to Find Them