This week on SmackDown (1/31/2016), we find out what’s in store for the Elimination Chamber event which is less than 2 weeks away!

I’ll give it to John Cena for apologizing to AJ Styles and telling him he was wrong and calling AJ an “elite-level WWE Superstar”. I think everyone could recognize that, but no one’s words hold more merit in that locker room than John’s at this point and him saying that in front of the world meant a lot.

I’ve really liked the way that Cena can miss a few months and make a huge impact as soon as he comes back. Cena never seems to have any ring rust and can always put on great matches and promos. There’s certainly a reason why this guy has been on top for such a long time. He is simply that good at entertaining the audience. 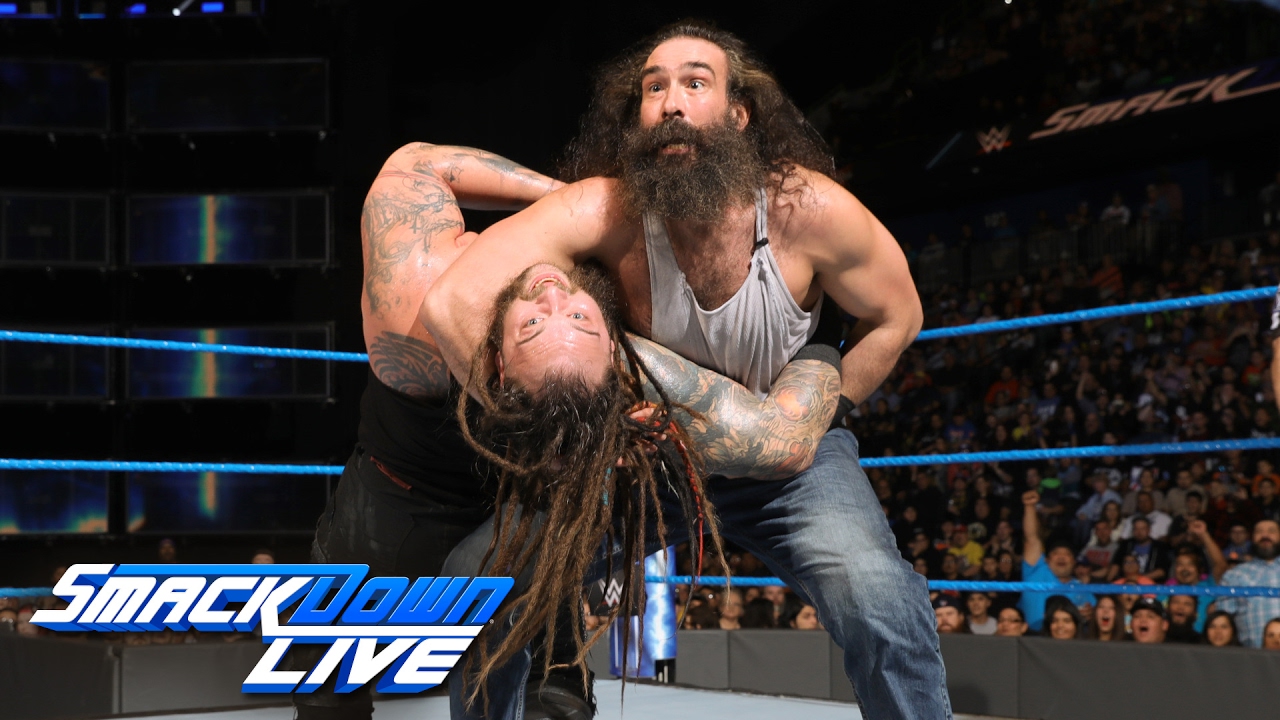 It was a pleasant surprise to see Randy Orton win the Royal Rumble on Sunday. He and Bray Wyatt interrupted Cena and went to attack when Luke Harper of all people appeared after the arena went dark. This set up a tag match between Cena and Harper and Orton and Wyatt.

On paper, this match seems like a pretty good one, but it wasn’t all that exciting. The biggest thing that came out of this match was that Harper would not fight Bray and tagged in Cena when Wyatt got in his face. Interesting to say the least. He eventually did try to hit Sister Abigail on Wyatt after escaping it himself. Waytt then hit Harper with it after failing the first time. Orton then stopped Cena from hitting the Attitude Adjustment on Wyatt and hit the RKO for the 3-count.

I like that I can’t figure out what they’re going to do with The Wyatt Family yet. It’s nice to be able to keep guessing. The element of surprise is very much lost in wrestling these days so it’s always a good thing to have a storyline like this. Keep in mind, Erick Rowan has been tweeting strange pictures too so his return seems imminent. I think the 4 of those guys together could be a dominant faction on SmackDown. 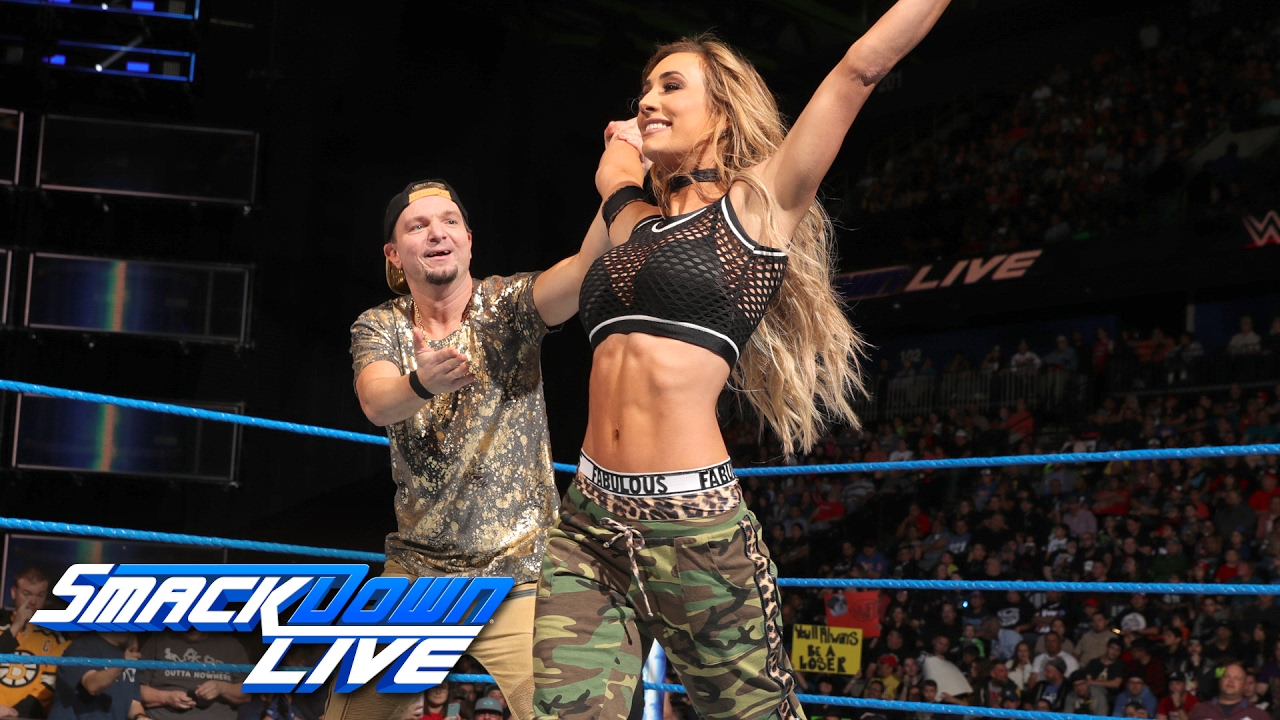 I’ll hand it to James Ellsworth. He knows his job and does it well. He’s out there being Carmella’s insurance policy right now and it’s been highly entertaining. The guy looks like he’s straight off of Jersey Shore and he’s embracing the stupidity of it all. Carmella’s facial expressions when he hugs her or anything like that are priceless as well. It’s been a nice way to give Carmella something to do while everyone else feuds. 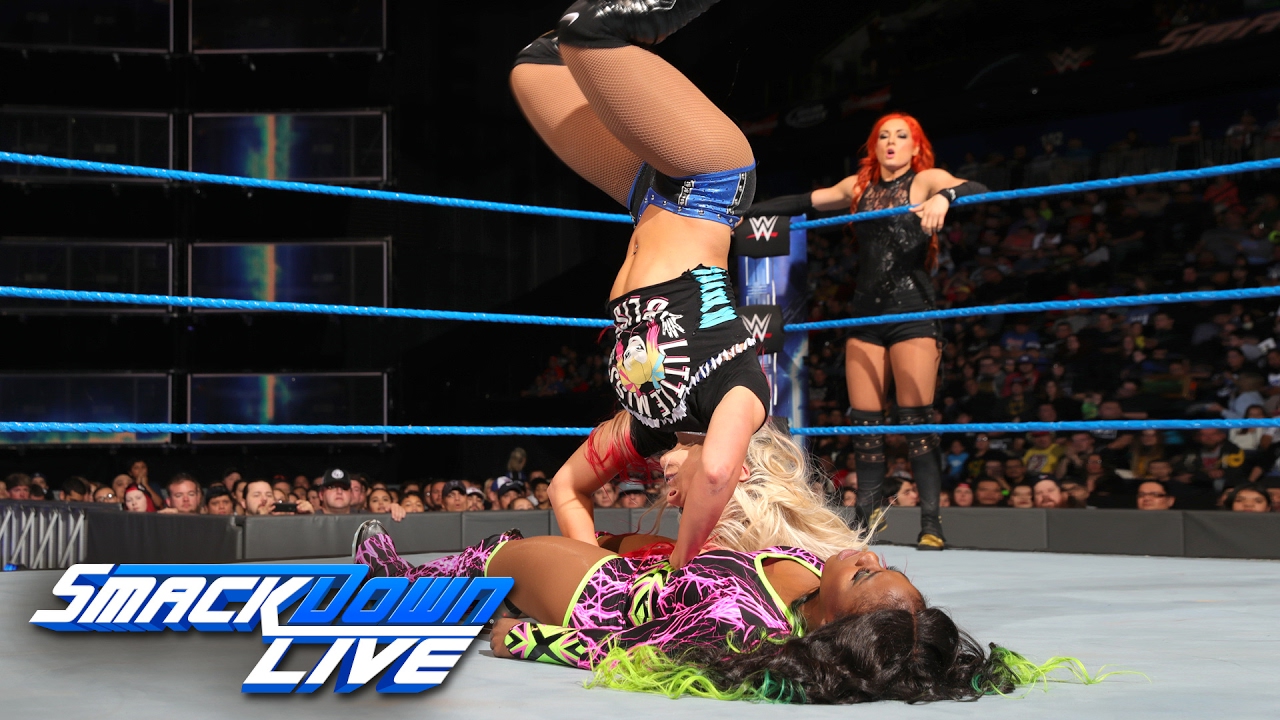 Naomi has long been one of the most talented women on the roster. She’s been around for a long time now and this is the first time I can remember WWE actually giving her a strong push towards the Women’s Championship. She was easily the highlight of the tag team match she had with Becky Lynch vs. Alexa Bliss and Mickie James. Naomi is incredibly athletic and you don’t realize it until she’s actually given the time to show her skills. She hit a split-legged Moonsault for the pin on Alexa Bliss…yet again.

I would love for Naomi’s first title win to be at Wrestlemania. Daniel Bryan announced that she’d get a title shot at Elimination Chamber, but I’m hoping that she loses that match to set up a rematch at Wrestlemania. Naomi is from Orlando so I don’t think there could be a better moment than for her to win it in her hometown for the first time. I’m guessing we’ll see a Fatal 4 Way between Mickie, Becky, Alexa, and Naomi for the title at Wrestlemania. 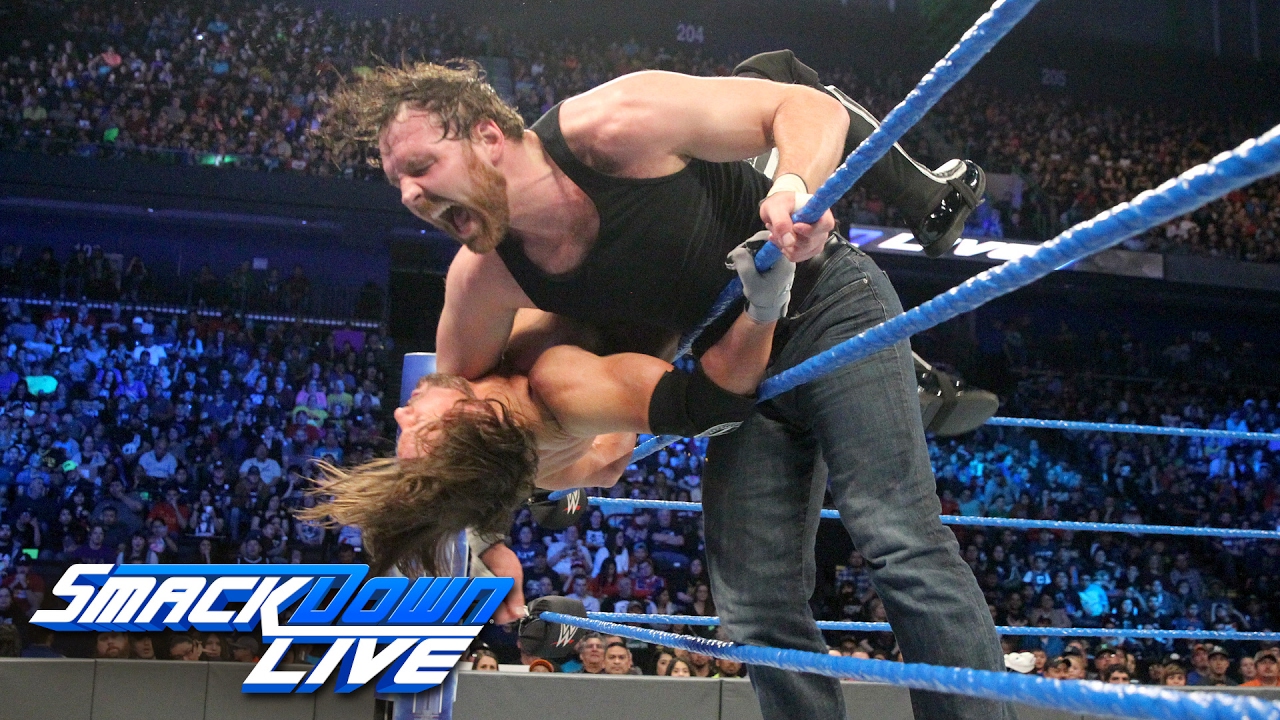 AJ Styles and Dean Ambrose had a match in which Styles won after a Styles Clash and lots of craziness going on on the outside. The thing I’ve really noticed about all of this is that WWE is really having a hard time giving everyone their time in the spotlight. How did they do it in the Attitude Era? They threw them all together and made them battle it out. Well, that’s what will happen between these men, Bray Wyatt and John Cena inside the Elimination Chamber.

I think that this was more of a filler segment than anything. I hate when there is a PPV two weeks after another one. There’s a rush to build the card for the event and everything just feels like a sprint.

Natalya and Nikki Bella will have a match at Elimination Chamber. Nattie had her own security force to protect her from Nikki.

There will be a Tag Team Turmoil match for the SmackDown Tag Team Championships at Elimination Chamber. Looks like they just threw their hands up and said, let’s just have everybody in there at once.

Ziggler beat Kalisto. Crews came out to make the save. Rinse and repeat.

i personally thought this was an awful episode of SmackDown. If I missed it I don’t think I would have missed a single important thing. Raw was definitely better this week. I’ll give SmackDown a break considering it’s been a long 4-5 days for the WWE crews, though. Save yourself the trouble and just watch the highlights on YouTube.