The 3/62017 Raw reaction features the return of The Deadman, Lesnar making a statement on new Universal Champion, Goldberg, and much more!

Kevin Owens finally answered the question of why he attacked Chris Jericho weeks ago and he had a pretty fantastic response. Owens told him that Triple H told him that everyone would be gunning for him once he became Universal Champion. He then felt he needed somebody who had experience to watch his back. Once Jericho accepted the match with Goldberg on Owens’ behalf, Owens decided he had outlived his usefulness. Owens then talked about wanting to take Jericho’s US title and the two men started brawling in the ring before Samoa Joe and then Sami Zayn joined the fray. Owens would quickly beat Zayn while Jericho would lose by count-out to Joe, but did get revenge with a Codebreaker.

I’m still very curious what’s going to happen between Joe, Triple H, and Kevin Owens. It’s obvious that they’re working together, but what’s the end game? Could there possibly be a fourth guy in this group. It’s an interesting thought. It’s cool to see Jericho back playing face for a bit and I think he’s going to have one heck of a feud with Owens over the next four weeks. It’s tough to me because I feel like the build to WrestleMania isn’t long enough right now. There’s only four weeks left due to Fastlane and it seems like everything will have to go on fast forward from now until then. A four week build isn’t short, but it’s certainly not what we’re used to in recent years with WrestleMania. 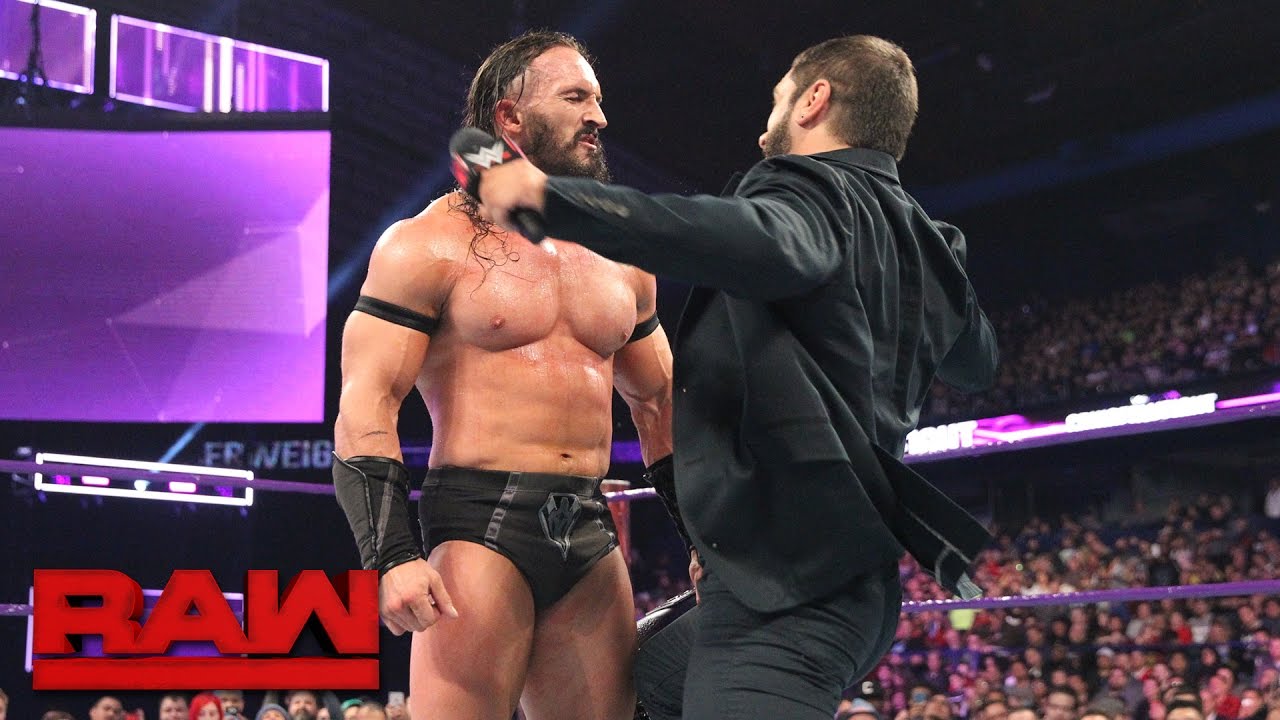 Austin Aries interviewed Neville after his win over Rich Swann to retain the Cruiserweight Championship. As Neville kept talking about being superior to everyone, Aries kept hinting that he was the one guy that Neville hadn’t beat. Aries then proceeded to punch Neville and followed it up with a Discus Elbow. I’m all for these two battling over the Cruiserweight Championship at WrestleMania. I do hope that Aries isn’t stuck as a Cruiserweight for good now, though. I think he has a lot more to offer than just that. I’ve always thought that Aries has all the tools to be a great champion in WWE and he was well on his way before that freak injury he endured late last year. I think he and Neville will mesh well as both are pretty good all-around wrestlers. I still think that the Cruiserweight Division needs to be refocused a bit to make it more viable, but that’s a story for another day. 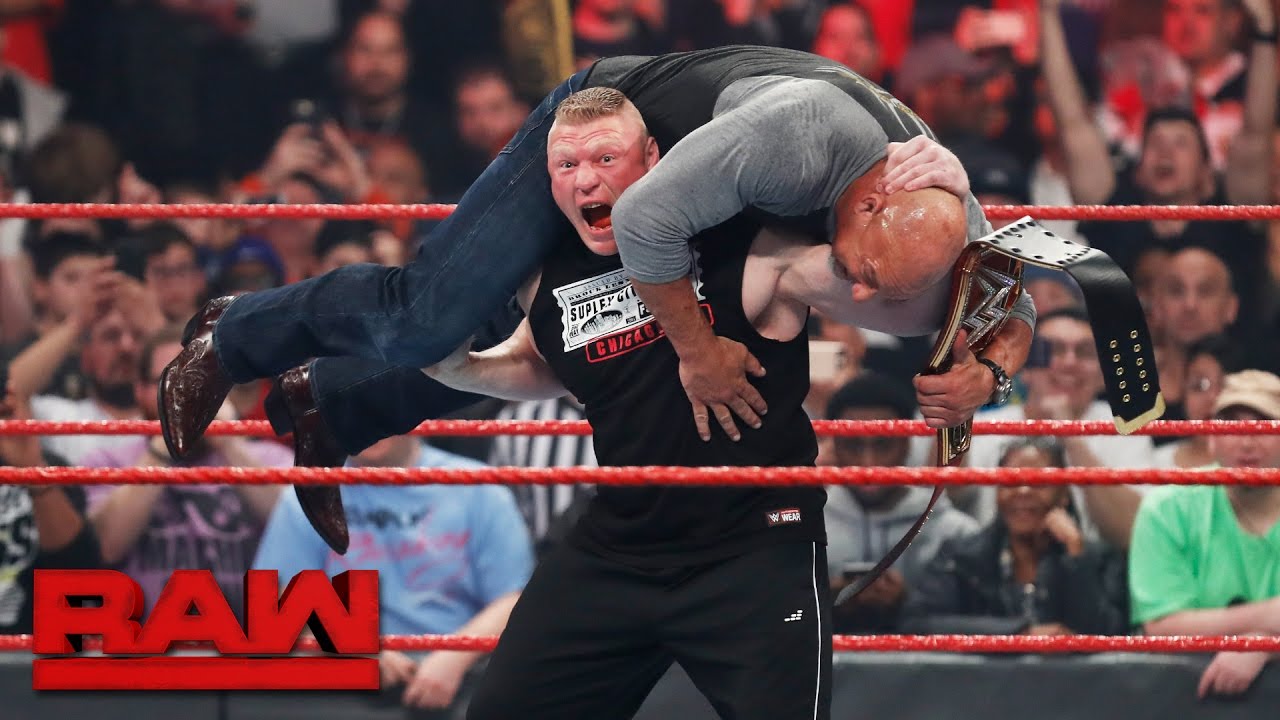 Goldberg became the new Universal Champion at Fastlane. He came out on Raw to divulge some information that he never thought he would divulge. That caught my attention, but that was short-lived as Heyman and Lesnar made their way out to confront Goldberg. Of course, this ended with Lesnar hitting Goldberg with an F5. This was the first sign of a crack in Goldberg’s armor since he came back to WWE and it was nice to see a bit of vulnerability. I really don’t see what they’re going to do with these two and it’s easily my least anticipated match of WrestleMania thus far. Goldberg is not going to give you a long match and if Lesnar does win, where do we go from there? Having the Universal Championship in this feud makes it quite a mess. 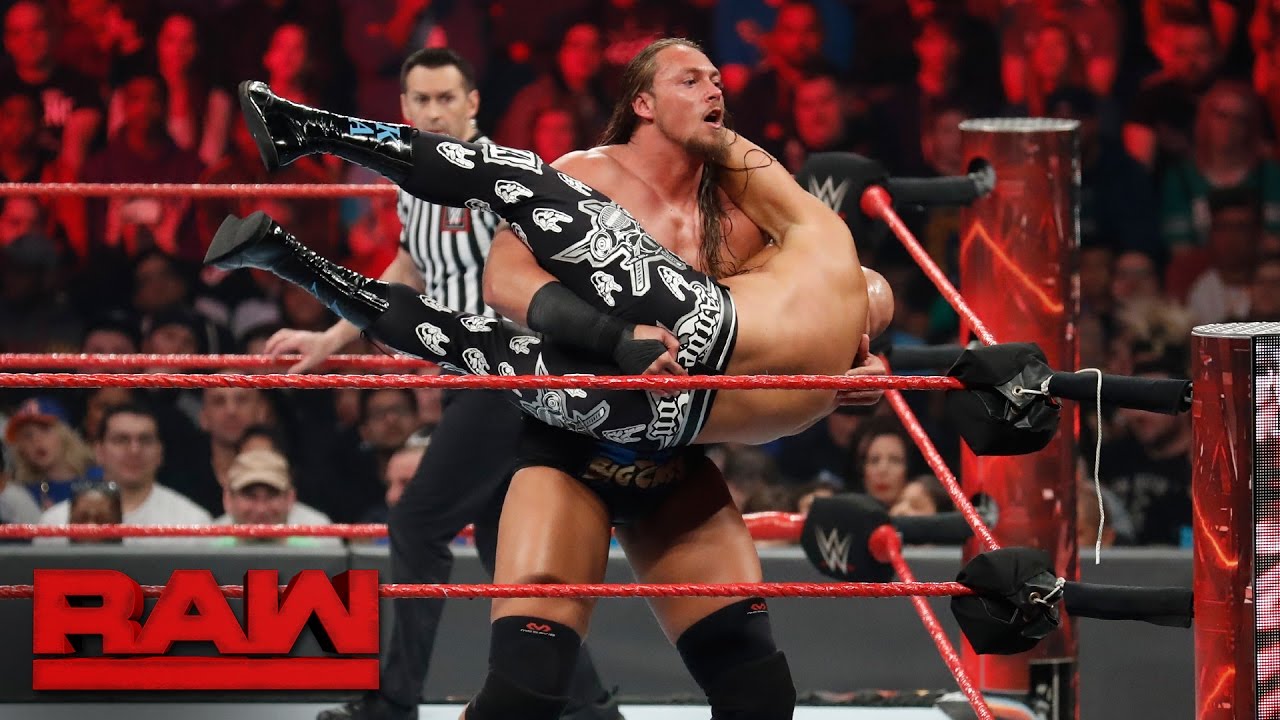 I find it hilarious that Karl Anderson and Luke Gallows keep retaining their titles due to dirty tactics and the fact that Enzo and Cass hate Cesaro and Sheamus. It seems that we might be looking at a Triple Threat Tag Match for the titles at Mania. I can deal with that, but the whole thing is largely not very interesting. I think Gallows and Anderson would be much better off on SmackDown. The again, the whole tag division on Raw is pretty dismal. The talent is there, it’s just not being utilized very well. 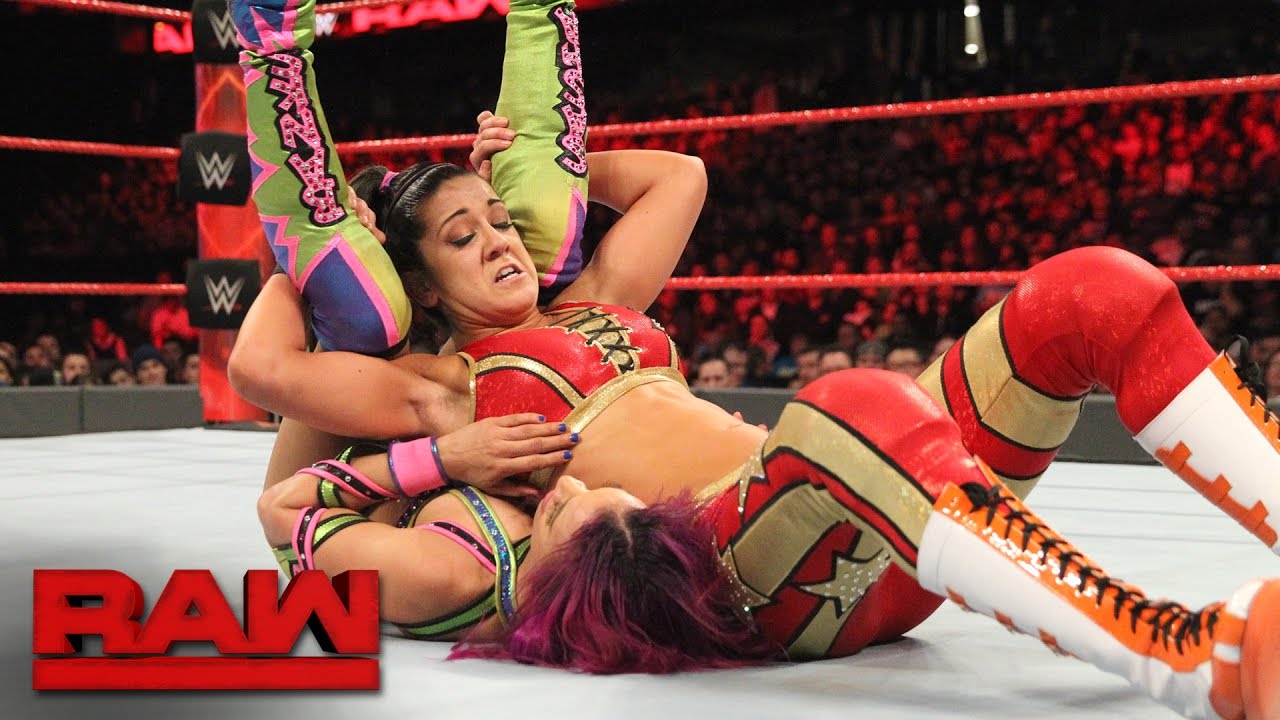 I applaud WWE for making the Raw Women’s Championship so important. It’s been tossed around like a hot potato, but the women on Raw have made each week exciting and that’s more than I can say about most of the stuff that goes on on Raw each week. This week Stephanie McMahon granted Charlotte a title match with Bayley at WrestleMania and made Sasha fight Bayley to make it a Triple Threat Match. Sasha won and that’s exactly what will happen. I can see Nia being added to this match somehow next week. It was a pretty predictable thing and I really don’t think they needed to drag it out with the match. I just wonder whether or not there will be tension between Sasha and Bayley in the coming weeks. I really think the Raw Women’s Championship Match will steal the show at Mania. 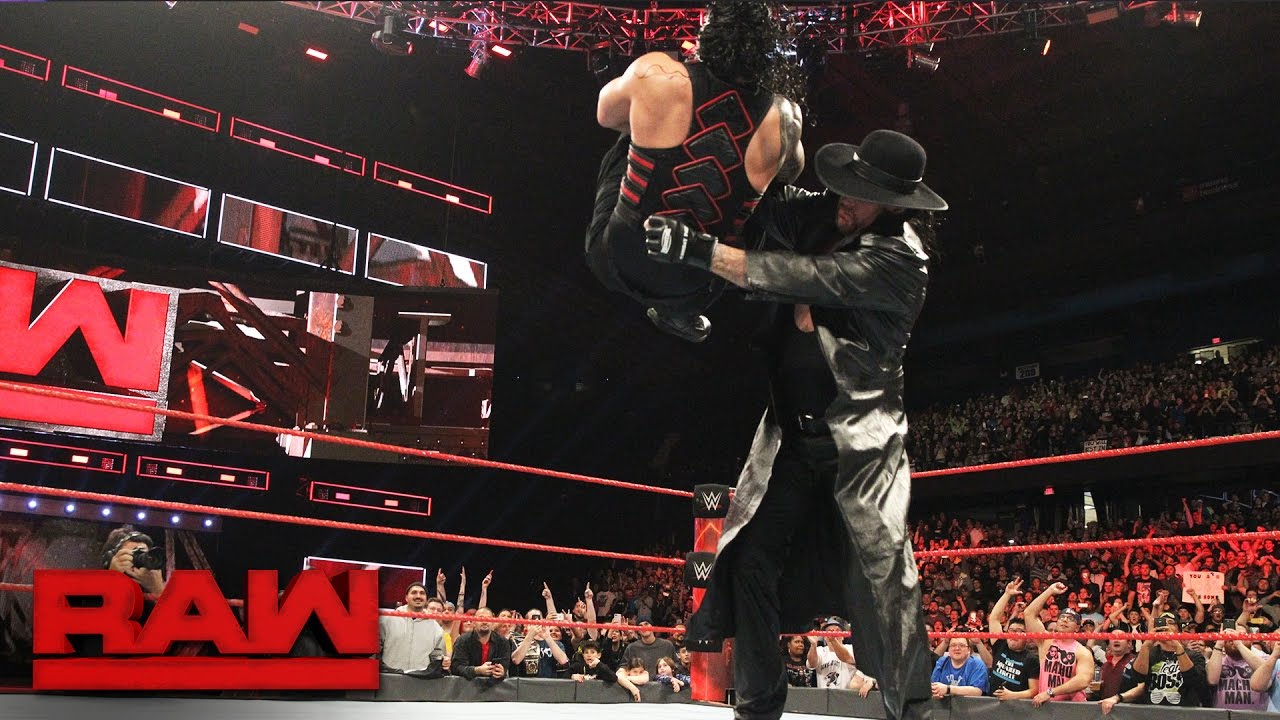 Braun Strowman called out Roman Reigns and The Undertaker appeared to answer that call. Braun would leave the ring before Roman came down to confront The Undertaker telling him that it’s his yard now. Taker then proceeded to chokeslam Reigns as Raw went off air. As expected, it looks like Reigns and Taker will battle at WrestleMania. What if Braun Strowman is added to that mix, though? That could be an interesting turn of events. I just don’t know what this does for anyone. Having Roman beat Taker doesn’t solidify anything for him and will only make the crowd hate him more. I think it makes sense considering the momentum Reigns has, but I just expected something a bit bigger. This could be Taker’s last Mania match after all.

Emma is coming soon. You know, Evil Emma, the one we all like.

Triple H talked for a bit. I’d much rather see him cheap shot someone than say the same thing he’s already said.

Tozawa beat Daivari and got another lesson from Kendrick.

The New Day had an ice cream bike and a win over The Shining Stars.

I’m starting to really hate Raw. I don’t know what it is but Raw is almost always worse than SmackDown. It’s not even the stars themselves. It’s the way the feuds are constructed. They either go on too long, don’t make sense, stop and start, or just aren’t very interesting. I think the WrestleMania card will be ok, but Raw being 3 hours just seems to be too much for them to create meaningful TV every week. There are so many throw away segments that I end up wishing I had skipped half the show.