Battle of the Couples 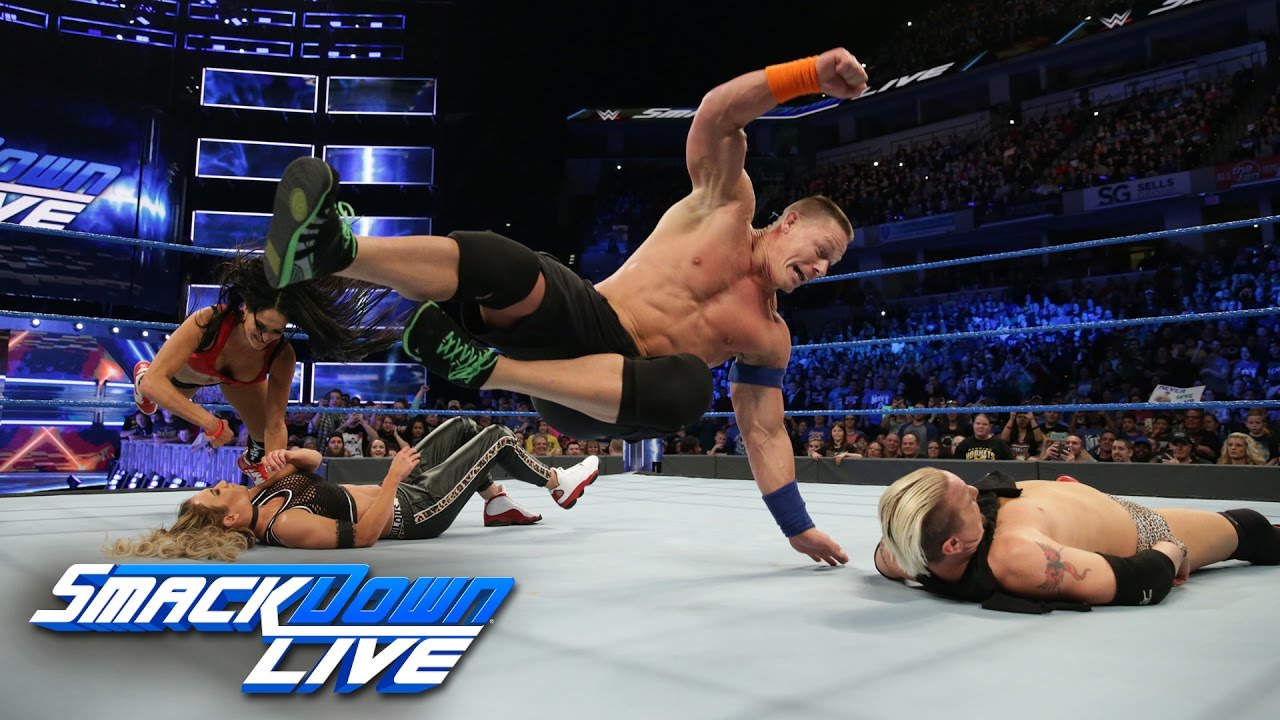 Nikki Bella and John Cena finally teamed up after years of being in a relationship to face off against James Ellsworth and his friend who is a girl, Carmella. This match was incredibly short and ridiculously sloppy for what it was. The novelty of seeing Nikki and Cena together was all it was for and they did dual 5-Knuckle Shuffles and Attitude Adjustments which apparently weren’t practiced beforehand. It came off really weird. I also don’t understand how Carmella has been pushed so far down the line after coming to SmackDown like a house of fire.

The real purpose of the segment had nothing to do with Carmella or James Ellsworth. It had a lot more to do with The Miz and Maryse who attacked Nikki and Cena after the match. They had a lot to say on Talking Smack too. It certainly got very personal and I really think there is no love lost between Maryse and Nikki as has been documented on Total Divas. I’m very interested to see how Maryse is in the ring after such a long time away from it. I’m sure this will end up being some type of tag match, at least, I hope it does. If it’s just a rematch of WrestleMania 27, I’ll be highly disappointed. 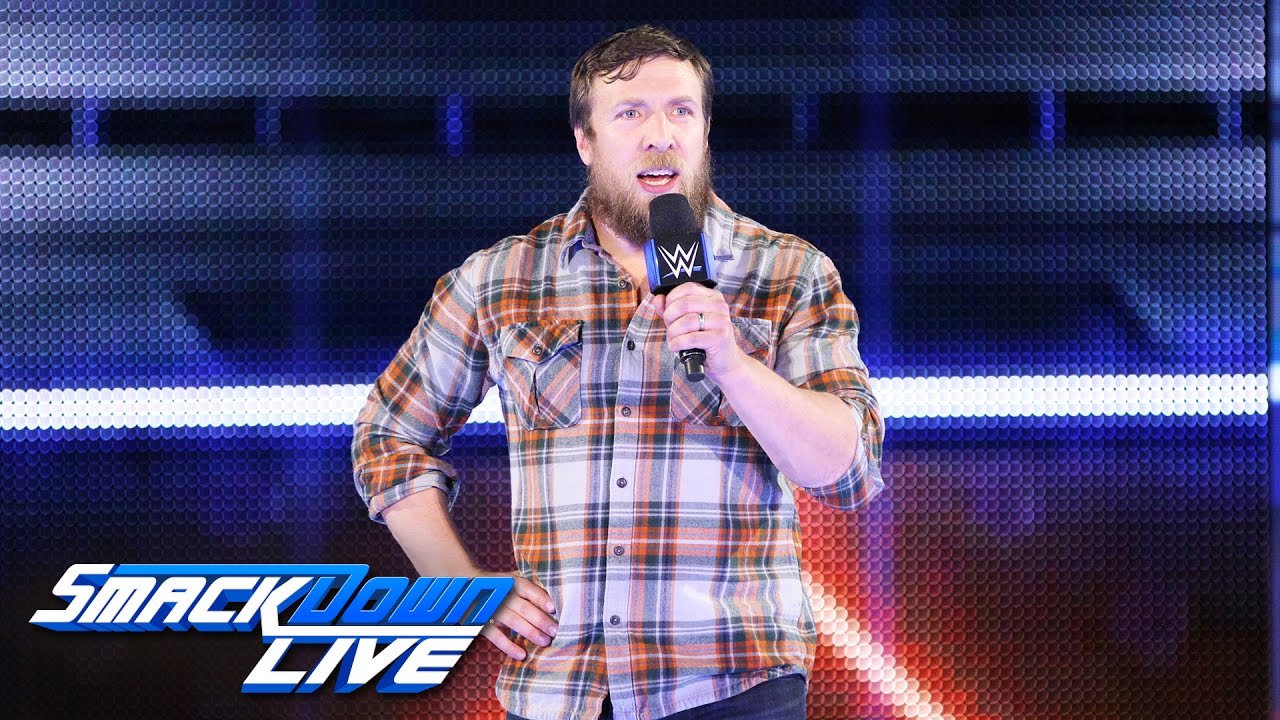 I have an affinity for puns, thus you can understand why Alexa Bliss appeals to me. Her Blissertation didn’t quite go as she planned and she ended up with a lot more opponents than she expected for WrestleMania. First Beck came out and was shot down. Then, Natalya came out and thought they came to an agreement that she would get a title shot. They didn’t. Then Mickie James tells everyone that they’re interrupting Alexa announcing her as the Number One Contender. Alexa also says she wasn’t going to do that.

All this led to Daniel Bryan coming out and telling everyone that since Alexa thinks she’s the greatest woman on SmackDown that she’ll face every woman under contract to SmackDown at WrestleMania for the SmackDown Women’s Championship. I’m not really sure how this type of a match is going to work. Are they going to have a Battle Royale? I don’t really see how it could work otherwise. A fun idea would be the Championship Scramble, but we haven’t seen that for years. I think that would be one of the only ways that having that many people in the ring would be beneficial.

The other big event that happened was after Alexa tagged herself in to win the tag match against Natalya and Becky Lynch. Mickie James finally turned on Alexa with a Mick Kick as she had her back turned. It seems like this will make Mickie a face heading into WrestleMania. I think it will be better for Mickie on her own as she really wasn’t doing a lot being with Alexa. It was a good way for Alexa to keep her title for a while but it’ll be nice to see Mickie go after her until Mania now. 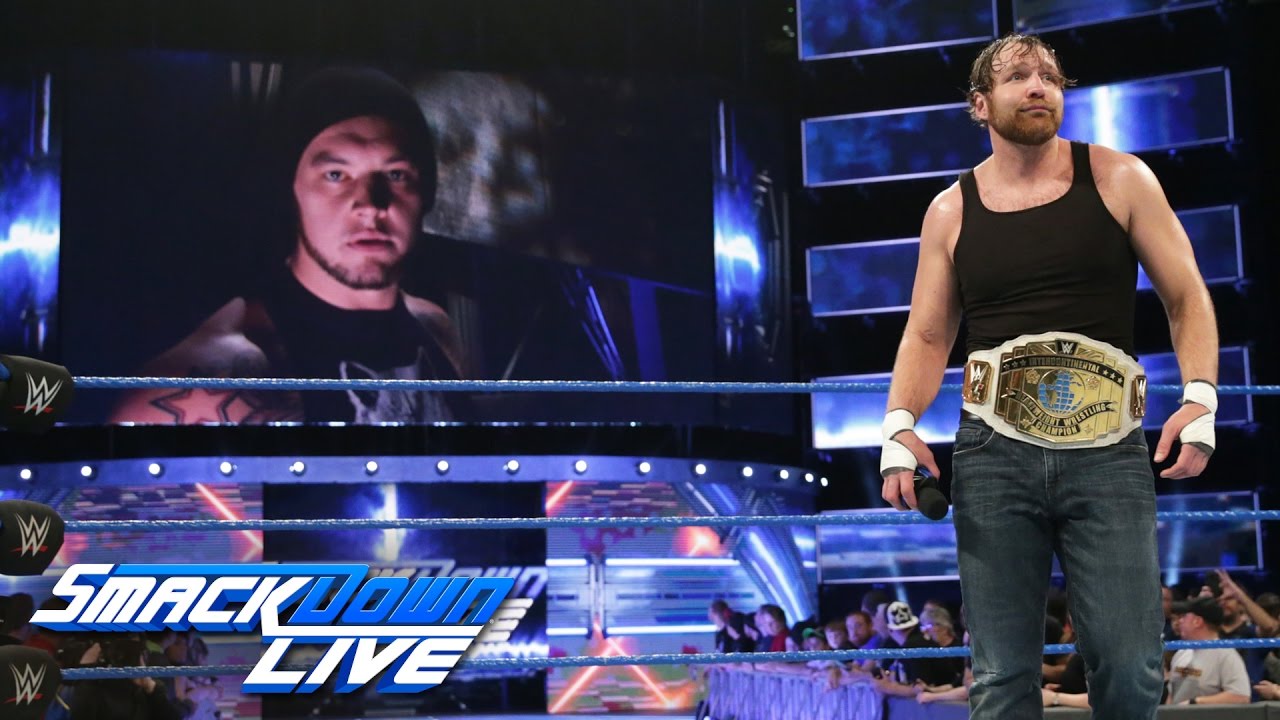 Isn’t it weird that we barely ever see Baron Corbin anymore. He’s been hiding backstage for the last couple weeks and Dean Ambrose decided to go and find him this week. He did indeed find him as Corbin ambushed him with a lead pipe  and ended up pressing a forklift on top of him. It was a pretty crazy segment and one that we don’t see often in WWE so I appreciated it. Ambrose had a bunch of kayfabe injuries and I have to think that these two will have some type of gimmick match at WrestleMania. I think it could be a great thing for Corbin to beat Ambrose in a hardcore match or something like that. We’ll have to wait and see how this plays out before we get there, though. 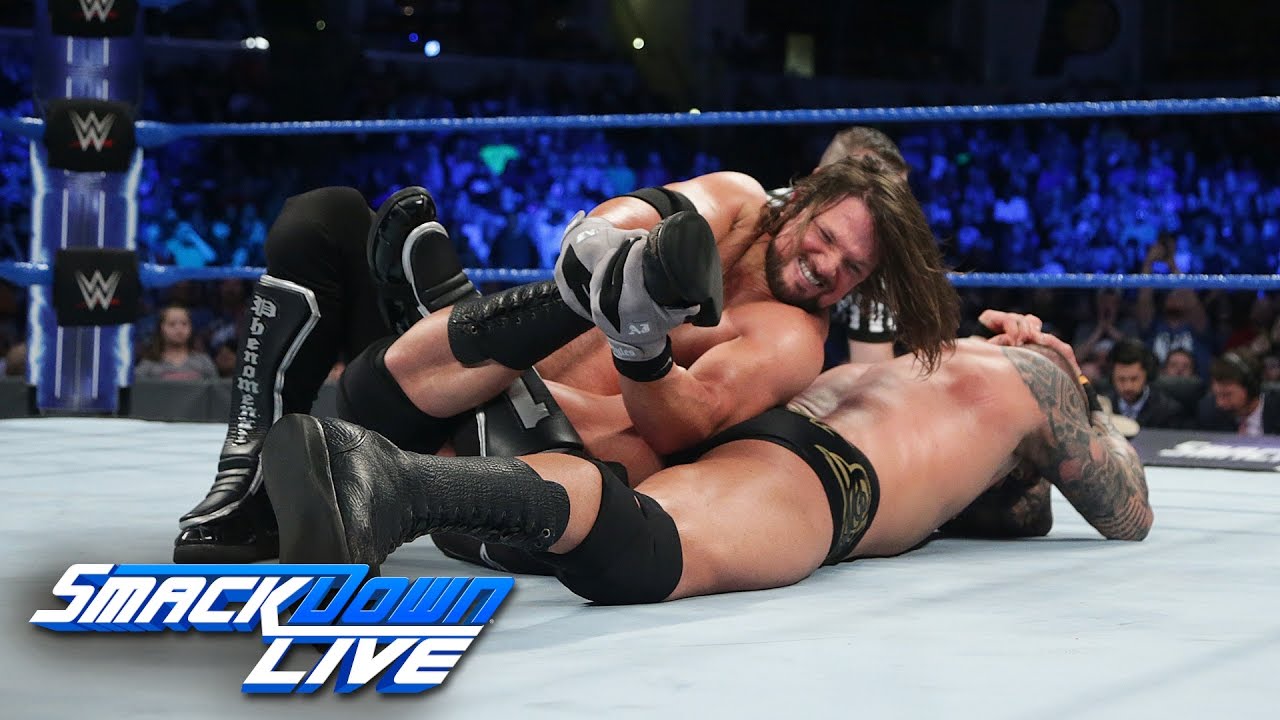 Randy Orton defeated AJ Styles to become the sole Number Oone Contender for Bray Wyatt’s WWE Championship at WrestleMania. This infuriated AJ Styles who already earned that right by beating Luke Harper last week. He went after Shane McMahon in Gorilla Position and had to be restrained by Road Dogg and Michael Hayes. I think a Shane McMahon vs. AJ Styles WrestleMania match would be insane! These are two of the most fearless guys in WWE and they will definitely pull out all the stops in a match at the biggest show of the year. Make this one a Ladder Match and it could be the most exciting match on the card.

What a strange thing to have the WWE Champion have the week off. It was also weird not to see American Alpha and The Usos who seem to be positioned for a feud. I just think SmackDown had a few really long segments that didn’t give time for the rest. I’m ok with that. NXT does this weekly and it’s very successful. I’d much rather get more invested than get slammed with 4 segments in 15 minutes that I care nothing about. I like the way the SmackDown brand is positioned heading in to Mania.