The 4/12/2017 NXT Recoil featured the return of Drew McIntyre while also featuring the farewell address of Shinsuke Nakamura who’s off to SmackDown!

NXT kicked off the new era (how many new eras are they going to have?) with a brand new theme song and some new graphics to go along with it. It’s about time NXT had a refresher, the theme was getting old and the graphics were pretty much the same since the first show. The graphics are much sleeker and look very bold, I prefer them way more than the old stuff.

Aleister Black Picks Up Another Win

Aleister Black made his second appearance for NXT in a win over Corey Hollis. The match lasted a whole 5 seconds as Black hit Black Mass right away. There is an aura around Black already and his fantastic music with the opera singers in the backgrounds certainly helps. It fits his character perfectly. I’m loving the whole calm before the storm thing that he has going right now and I think he’s going to be a major part of NXT this year. 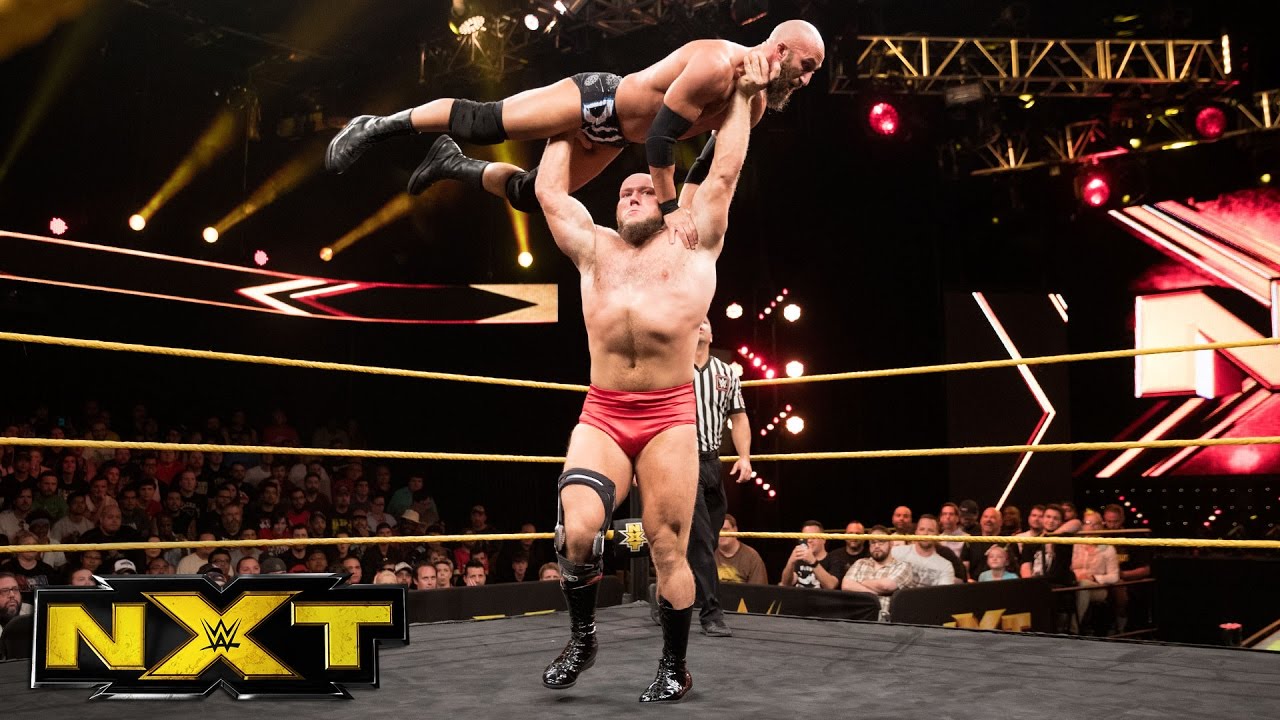 Johnny Gargano and Tommaso Ciampa beat Dylan Miley and Michael Blaze with the Meet in the Middle. The interesting thing about this was that Miley actually controlled the first portion of the match before he tagged in Blaze. Blaze would take the fall. Miley would beat down Blaze after the match. I took that as a sign that we may be seeing more of Miley soon. He seemed pretty impressive from the few minutes we saw him, but I need to see a lot more than that to make an informed opinion. I love the way that NXT can thread all of these little stories together in an hour show. The writing team does a great job of that each week.

Ember Moon in an Empty Arena

Ember Moon looked back on Takeover in an empty arena after the show. She was upset at the way things went down and vowed to become the next NXT Champion. It was a cool promo that went along with her character. I really enjoy listening to what Ember says because she has an eloquent way of getting her point across. This was a good way of making a promo feel different rather than just having her speak to someone backstage.

Ruby Riot is Being Watched By Nikki Cross

Ruby Riot got a win over Kimberly Frankele on NXT. That win was only half the story as Nikki Cross watched half the match before laughing as she walked to the back. I think there’s a lot left in the tank in a feud between those two. Ruby can definitely match Nikki’s intensity well and from what I’ve seen, she’s not bad at all in the ring. Ruby said her goal was the NXT Women’s Championship and I could really see those two women fighting over that title at some point. The Women’s Division is really starting to fill up with talent again after being pretty dry for the last 6 months.

Billie Kay and Peyton Royce were walking around at the Performance Center and stumbled upon Liv Morgan and Aliyah in the Trainer’s Room. They’d insult the two women before Billie ended up being shoved in a whirlpool. Billie had a hard time getting out and had to be helped out by the trainer. Billie always makes these little segments the best they can possibly be with her over the top mannerisms. I just hope she isn’t hurting herself in the long run. As seen with others, if you become the comedy act, it’s almost impossible to get out of that. I imagine we’ll see a tag team match between these ladies sometime soon. 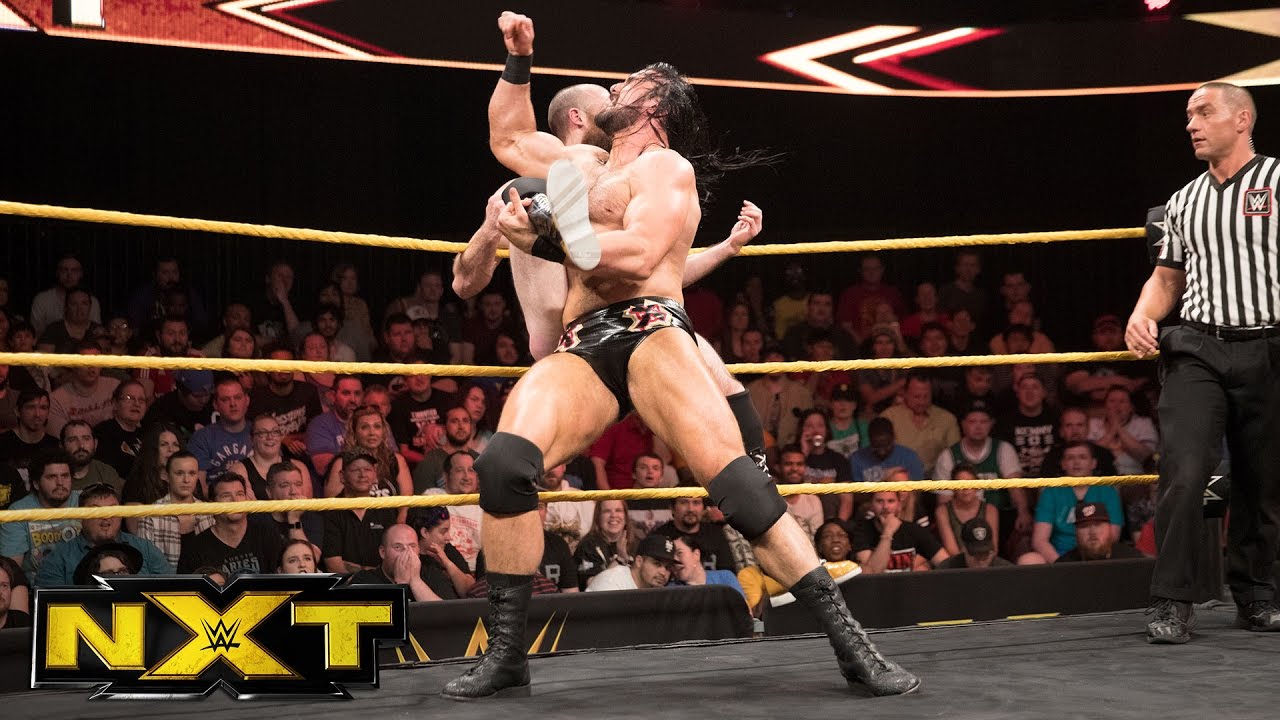 Drew McIntyre returned with Roderick Strong’s first NXT theme song along with some bagpipes in the background. It really screwed with my mind to hear that song associated with McIntyre. I think that it’ll grow on me, but it really felt out of place when I heard it. McIntyre beat Oney Lorcan in a brutal match that left Lorcan busted open. These guys hit each other as hard as I’ve seen anyone hit each other. I was impressed with how they both dished it out and never backed down. If that’s what we’re going to see from McIntyre each week, NXT is in for a treat.

Shinsuke Nakamura returned to NXT to say goodbye to the NXT Universe that he’s gotten to know so well over the past year. Nakamura was very complimentary of NXT and its fans saying that it’s its own brand and that he’s learned a lot from everyone involved. The entire roster came out to send him off including Finn Balor from Raw. It was a great moment to see for someone who meant so much to NXT. It feels like he was there much longer than a year, but that’s all it was. Few people have accomplished the things that Nakamura did in such a short timespan. I wish him well on SmackDown, I’m sure the best is yet to come. As for NXT, they’ll be just fine with the amount of top tier talent showing up every week.

It was a solid week for NXT, they touched on a good 6 or 7 stories in an hour which is kind of amazing to think about. Next week we’ll see Tye Dillinger and Eric Young do battle in a Steel Cage in what will likely be the final NXT match for Tye after moving on to SmackDown. It really does feel like a new era in NXT!

FYIG Chats With Karen Knox and Gwenlyn Cumyn of BARBELLE