The 4/25/2017 SmackDown Rebound features my thoughts on the women starting to gang up on Charlotte and Jinder taking the WWE Championship! 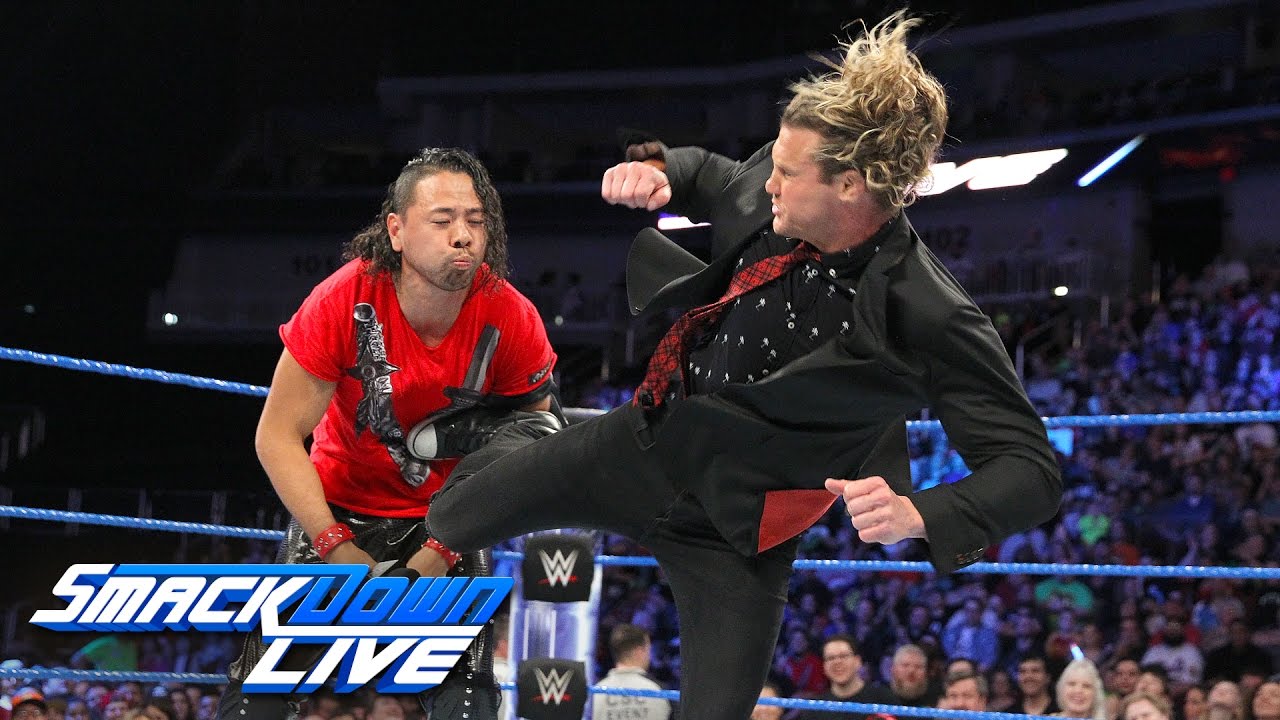 Dolph Ziggler started off the show by interrupting an interview between Shinsuke Nakamura and Renee Young. He went on a tirade for a few minutes saying that he was actually Michael Jackson. It was a strange thing to hear and I still don’t really get it. So Nakamura dances? That makes him Michael Jackson? That fell flat for me. Nakamura would call Ziggler a jacka** and Ziggler went for the Superkick only to have it blocked. Nakamura suplexed him to end the segment. I think these two will have a good feud, I just don’t think they’re having an easy time getting it off the ground. I think having Nakamura in a match would be better than just having him show up for 4 minutes a week. 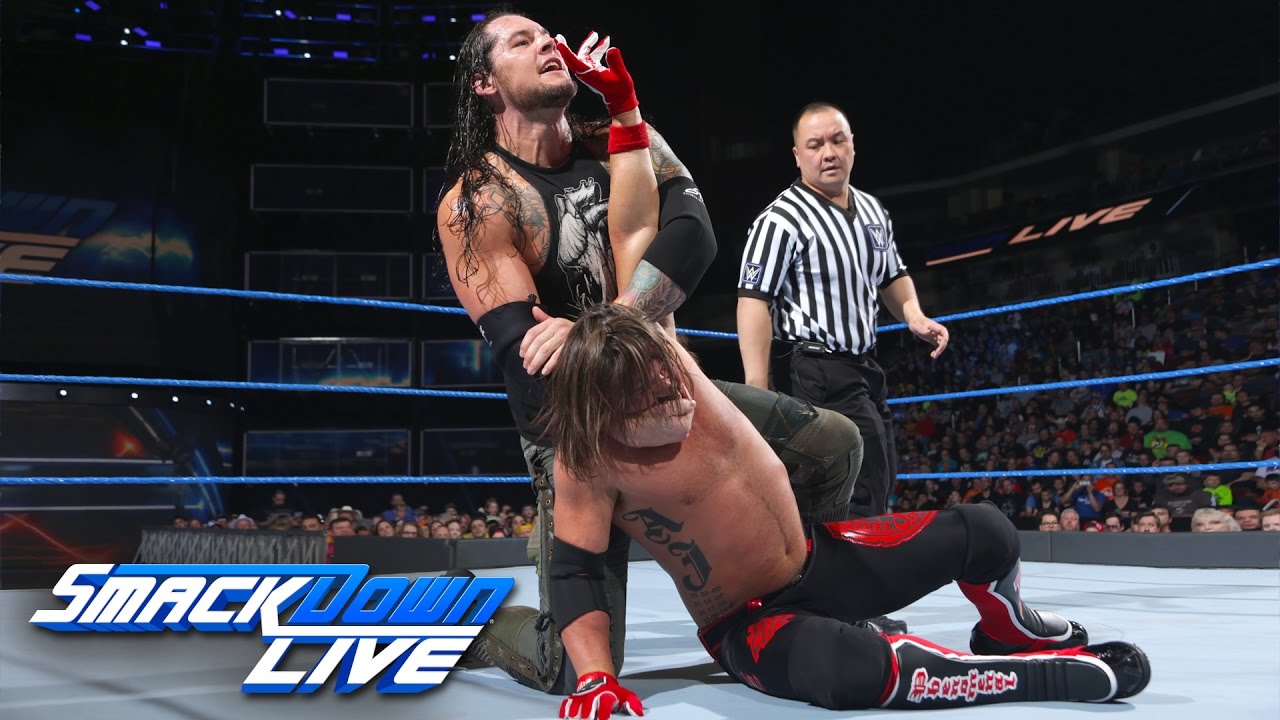 AJ Styles defeated Baron Corbin on SmackDown, but the real story was after the match as Kevin Owens decided to get involved and start beating down Styles. Sami Zayn attempted to make the save but didn’t fare too well. AJ would be left in the middle of the ring after a Pop-up Powerbomb. I expected a little more from this segment, but once again, SmackDown is trying to get through everything quickly. Corbin would attack Zayn on Talking Smack so it looks like these two are at least going to have a match shortly. 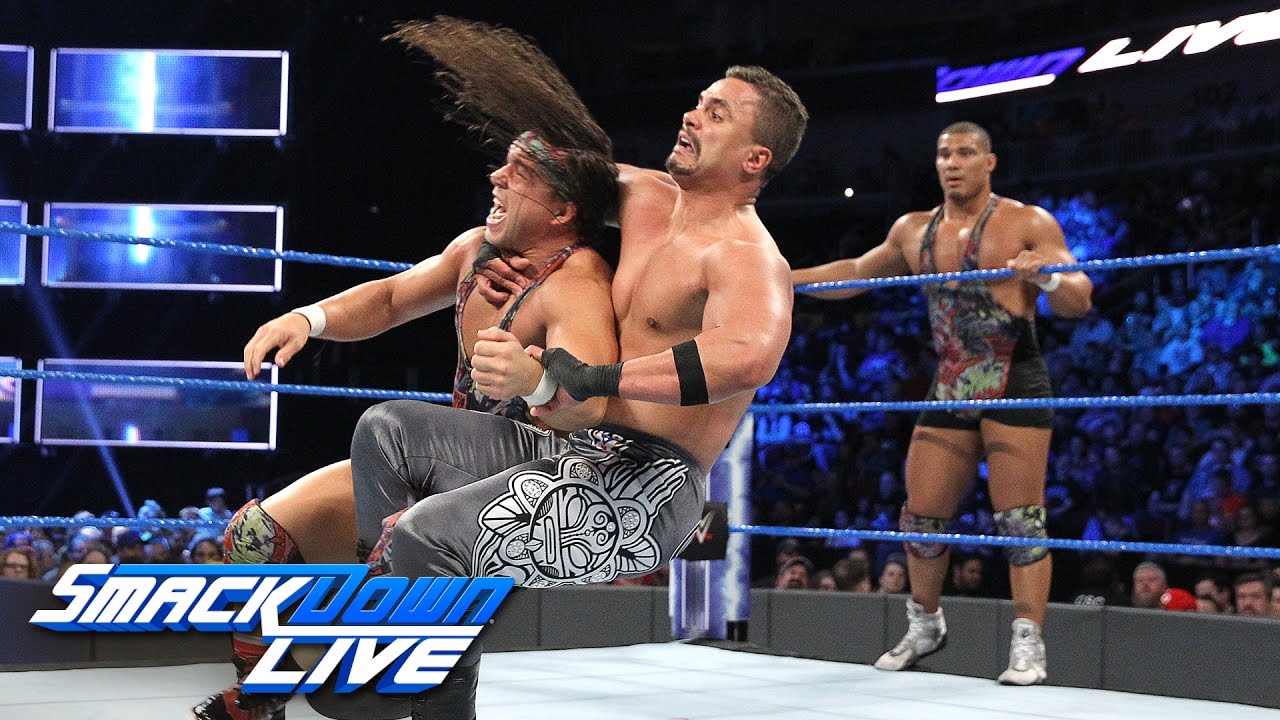 I love how quickly The Shining Stars were repackaged as The Colons after moving over to SmackDown. These two guys never needed a stupid gimmick to get over. They’re great wrestlers and they matched up with American Alpha beautifully in the first Beat The Clock Challenge Match. The Colons actually controlled most of the match until American Alpha somehow pulled off Grand Amplitude. They set the pace at a little over 5 minutes. 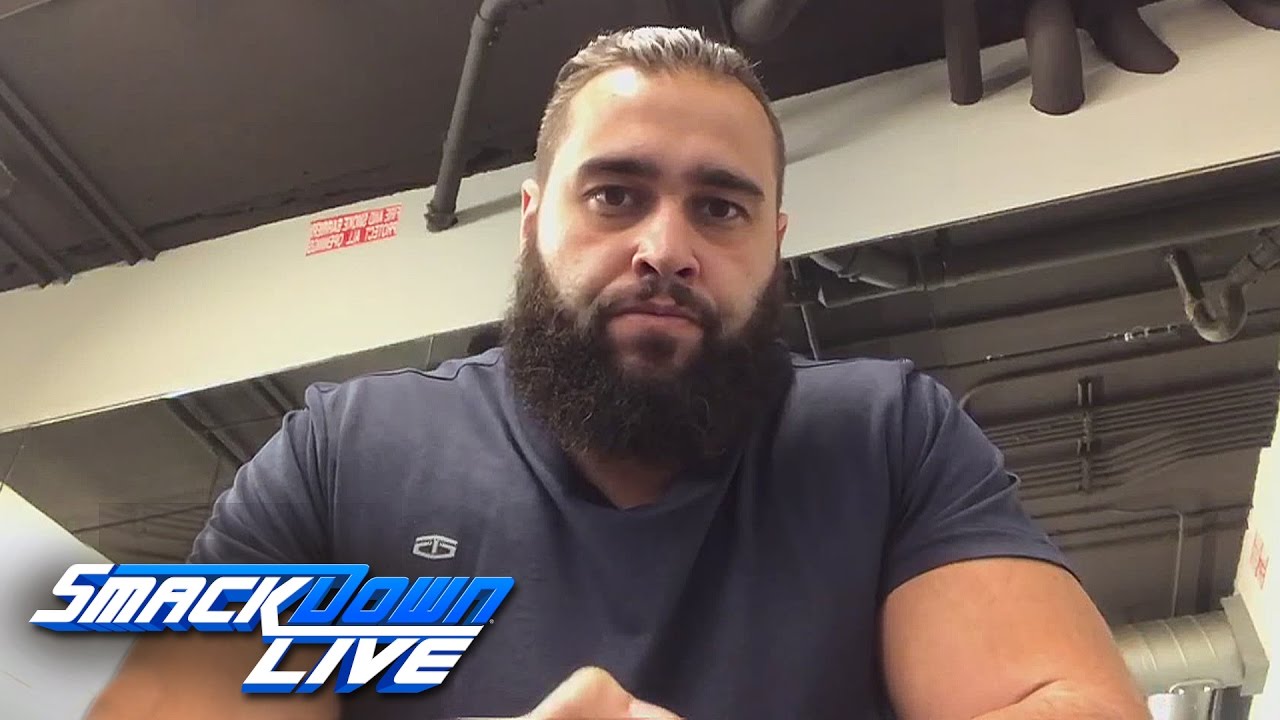 Rusev appeared via a pre-taped segment to discuss his absence from SmackDown. He said he doesn’t like Shane McMahon or Daniel Bryan and the only way he’ll appear on SmackDown is if he gets a title shot at Money in the Bank. That’s almost 2 months from now! Do they have that little for him or is he being punished for something? That seems like a long time for someone to be a healthy scratch, so to speak.

You’re With Us, Or You’re Against Us 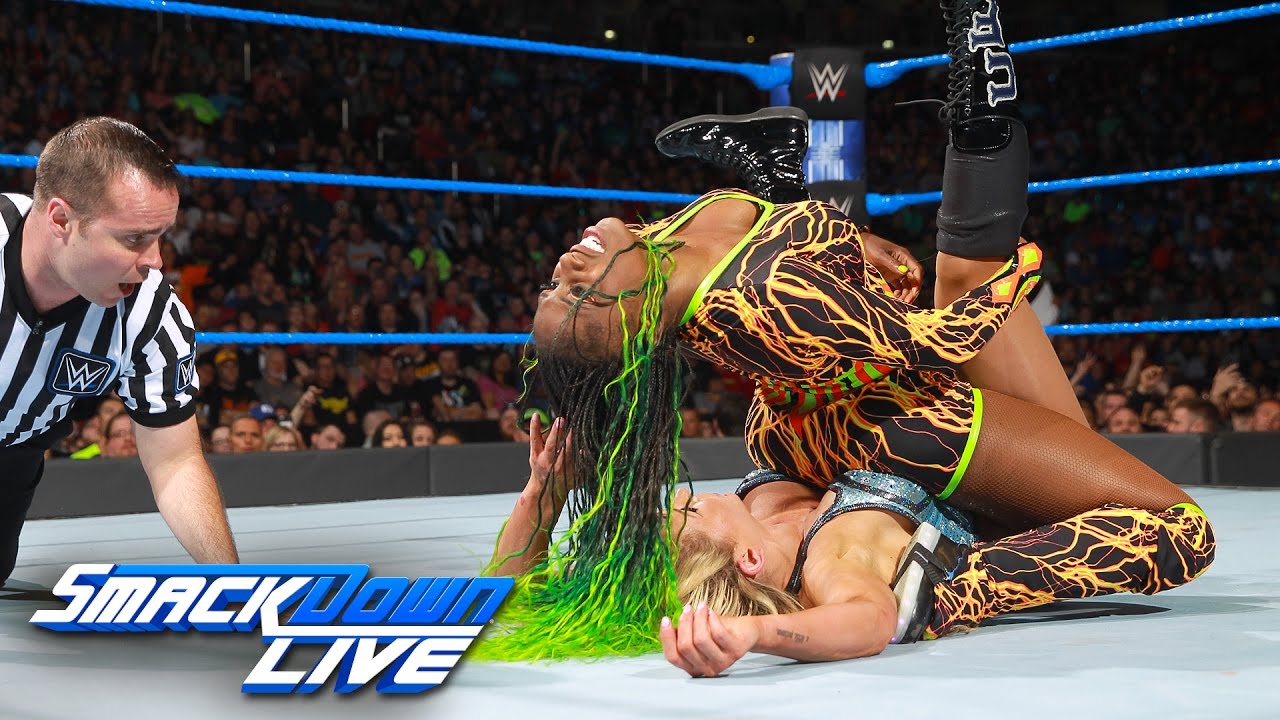 Becky Lynch talked about not agreeing with Charlotte’s tactics on SmackDown but respecting the results. Natalya, Carmella, Tamina, and James Ellsworth all showed up to tell her that she should pick what side she’s on because she’s either with them or against them. I like this storyline. I feel like it’s something different than we’ve seen lately and I’m enjoying it so far. I think Becky will ultimately side with Charlotte, that would make the most sense looking at the current landscape of the Women’s Divison on SmackDown.

Those 3 women ended up disrupting the SmackDown Women’s Championship Match which ended in a No Contest as the 3 women attacked both Naomi and Charlotte. It was a cheap ending to what could have been a great match. That match will likely take place at a PPV or something down the road now. Becky did not come out to help Charlotte or Naomi and said it wasn’t her battle to fight on Talking Smack. I don’t know where this is going, but it’s a change and I like change. 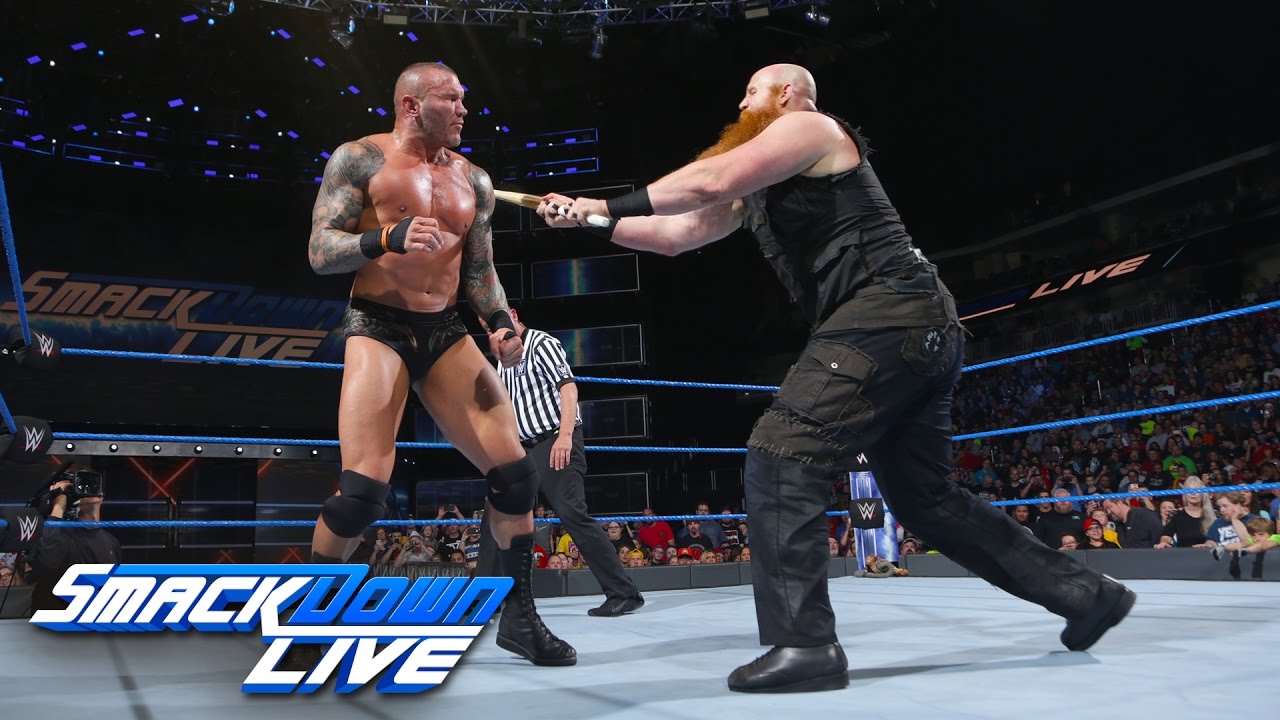 Randy Orton defeated Erick Rowan after a decent No DQ Match on SmackDown in a tune-up ahead of his House of Horrors Match. After that match, Jinder Mahal came out to confront Orton and tell him that he’s the real one that Orton should be worried about. Mahal talked about Orton disrespecting him just like everyone else and tried to get a cheap shot in. Orton had none of that and started fighting back. The Singh Brothers would come in and help Jinder to beat Orton down. Mahal would then take Orton’s title with him as he left in a limo. I don’t think Orton will lose the title to him, but stranger things have happened. This new stable Mahal has going could certainly be a big time factor in the coming months. 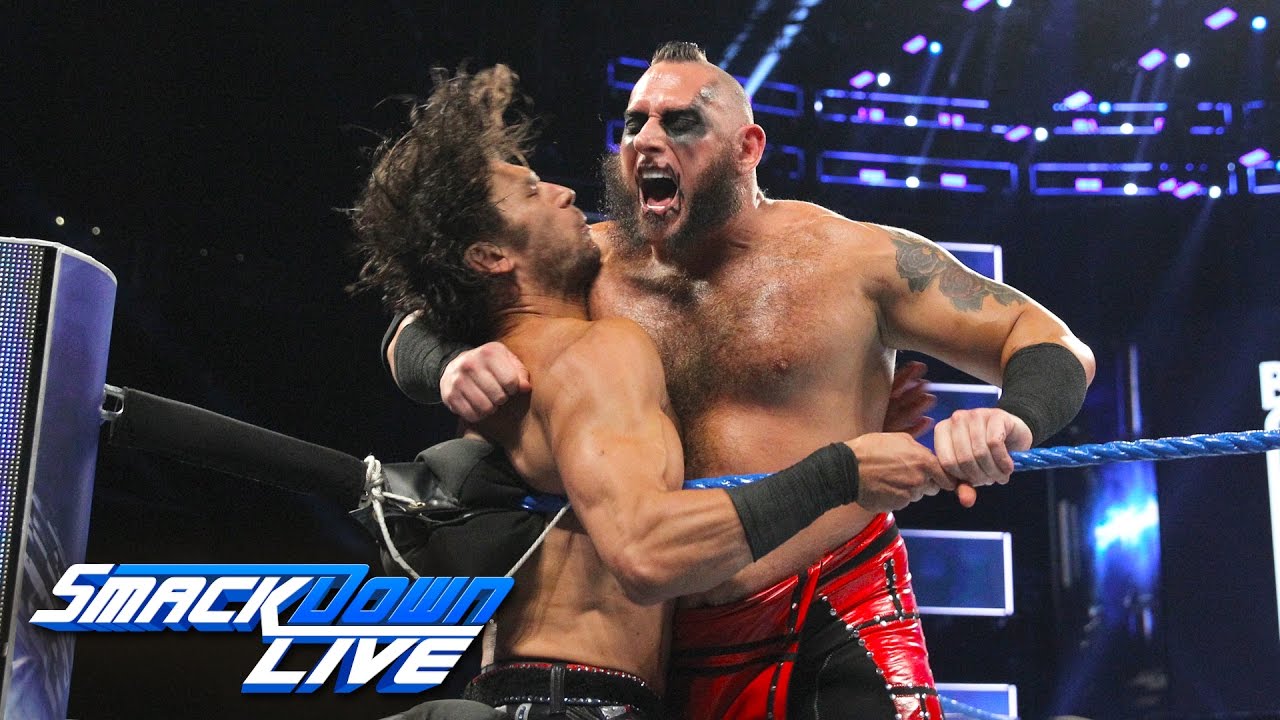 Breezango Wins! Holy crap was that the most unexpected victory you’ve ever seen or what? They beat The Ascension in a little over 2 minutes to become the #1 Contenders to the SmackDown Tag Team Titles. I don’t think they have any chance of winning, but it’s nice to see someone new in that title picture. I think they’ll need to be portrayed a bit more seriously for people to really believe that they’re a credible threat to win that match.

SmackDown was great this week, but everything went by so quickly. There’s just no time for anything. Do you want a 15-minute match from American Alpha? Too bad, you get 5 and a half minutes and that’s all the time we have. Do you want to hear more promos? 30 seconds or less please. It’s just annoying. I like this show more than Raw and yet the character development isn’t there because they have SO MUCH to get through. I don’t know what they can do to fix this, but it is a problem and one they need to do something about. Talking Smack only adds so much.