The 5/16/2017 WWE SmackDown Live Recap features my thoughts on Kevin Owens’ Highlight Reel, the women’s contract signing, and much more! 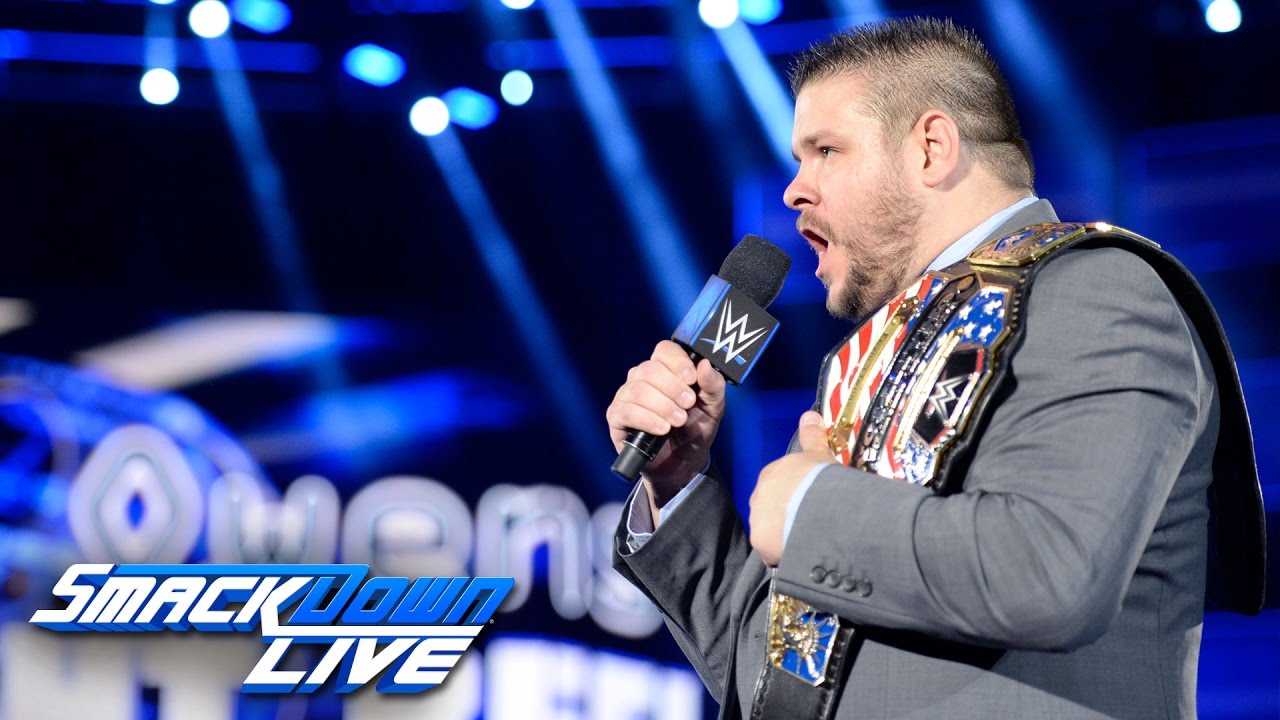 Kevin Owens decided to stick it to Chris Jericho one last time by stealing Jericho’s show, The Highlight Reel, complete with the Jeri-Tron 6500. Owens told the crowd that he took The Highlight Reel over because the original host will never, ever be seen again. He went on to gloat about injuring Jericho. He said it was only a sneak preview of what will happen to AJ Styles at Backlash.

This brought out AJ, of course. He started replaying to Owens and then Jinder Mahal came out to add his two cents. Jinder was the originally “scheduled” host on The Highlight Reel Jinder talks about going on to win the WWE Championship this Sunday. AJ told him to not look past him tonight or he may not make it to Sunday. So we have our first match. Honestly, they should have just started the show with the match. Those promos were the same things we’ve heard for weeks. Promotion for Backlash would have been fine with the events that were about to transpire in the match. 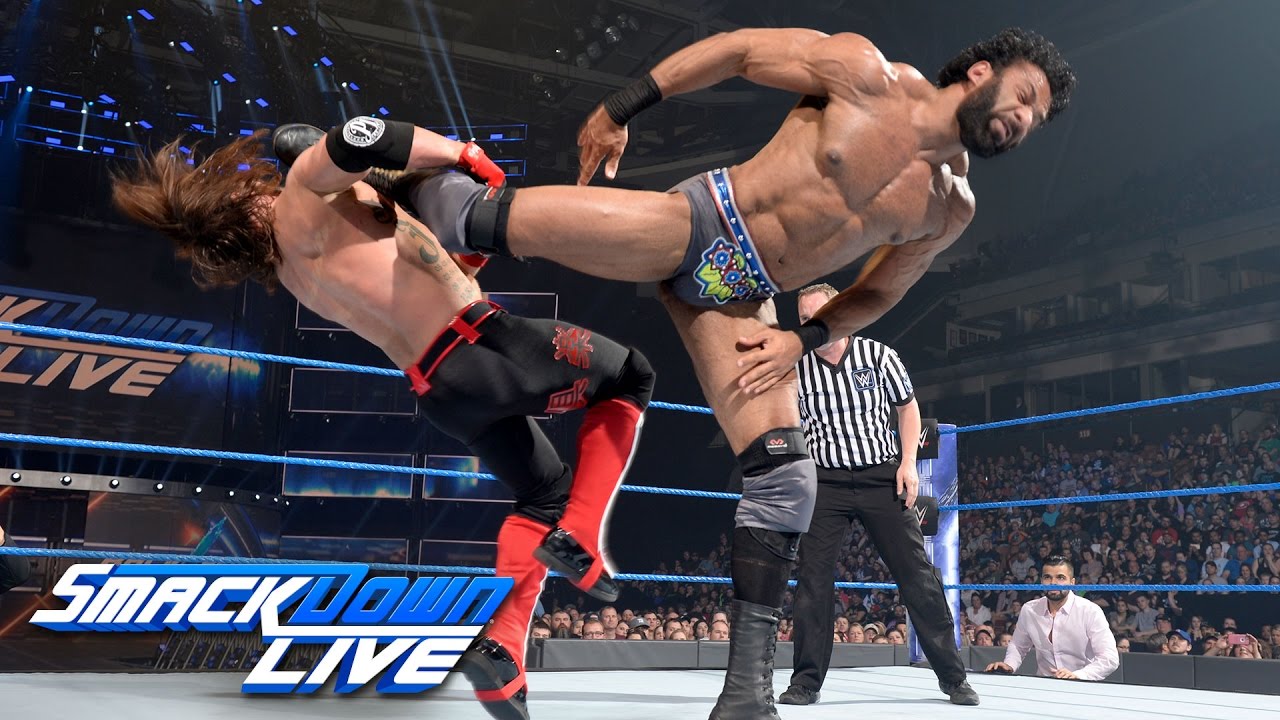 I love what WWE did with this match in a number of ways. The match itself was decent, but it touched on a number of things at once. Kevin Owens was out there on commentary and he did a good job talking about not only how he was going to win, but how impressed he’s been with Jinder. It’s one thing for an announcer to promote a star, but it’s quite another for another star to do so. I think this was an underrated part of the show that no one probably noticed.

The second focal point was The Singh Brothers and how dangerous they can be for Jinder heading into Backlash this Sunday. Multiple times throughout the match, these two tried to interfere or distract AJ and were successful a couple times. They ended up playing into the end of the match by distracting the referee long enough for Owens to get up from commentary and hit AJ in the knee with the US title. This calls into question on whether AJ will be “100%” heading into his US Championship match with Owens.

In one match, they solidified Jinder as a threat to Orton’s title with a win over AJ Styles, they made The Singh Brothers a believable weapon to help Jinder win the title on Sunday, and they showed that Kevin Owens will do anything to retain his title. It was great story development, I just wish they wouldn’t have wasted a segment of the show with the pointless Highlight Reel. 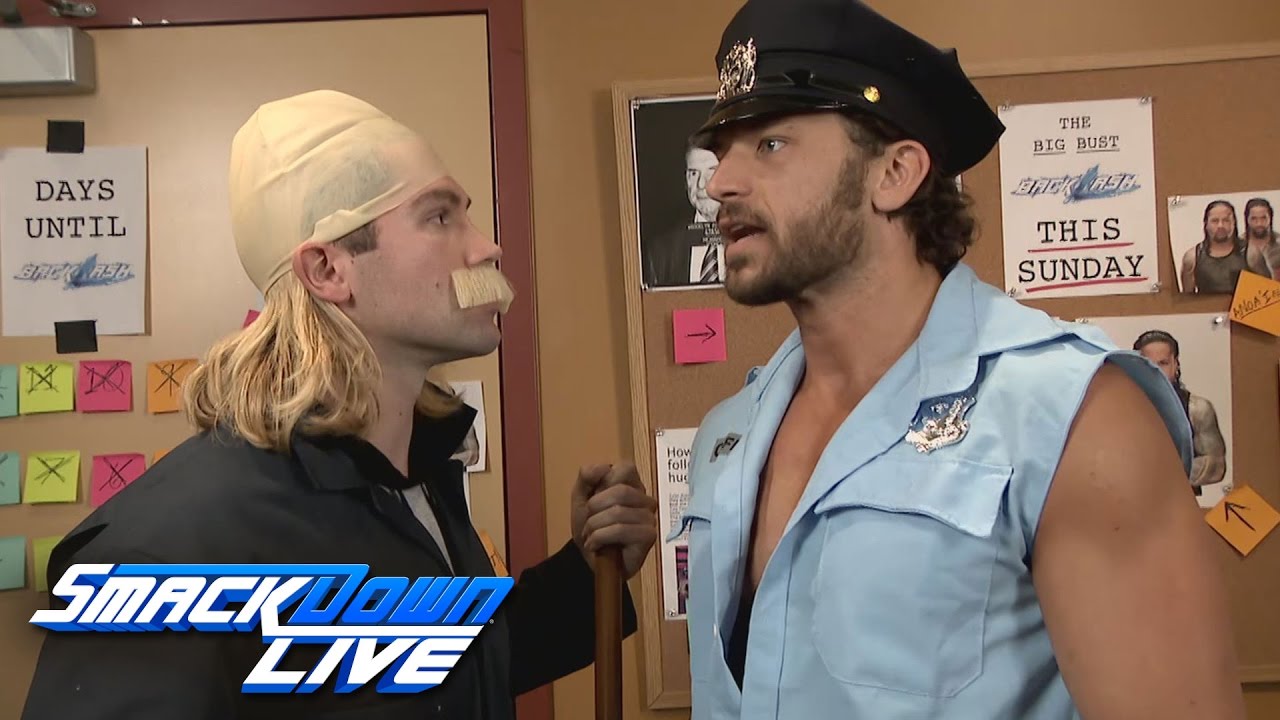 It’s nice to see Fandango and Tyler Breeze getting an opportunity to show their personality a little bit. Let’s be honest, having a fashion police gimmick isn’t the easiest one to pull off and yet these guys manage to entertain every week. Breeze walks in disguised terribly as a janitor who Fandango criticizes until he realizes it’s Breeze. They make fun of Baron Corbin’s Lone Wolf shirts and say that Sami Zayn’s pants are the same colour as his credenza. Then, they get to the Day One Ish shirts of The Usos and are perplexed by what it means. They read it as, “Day One Is H”. Tyler says that The Usos are scary, their hair is so well-conditioned and luscious. Fandango snaps some sense into him and says they will win at Backlash and that it will be their Day One Is H. They end it with a freeze frame high five. You can’t make this stuff up, it was pretty funny.

Breezango vs. The Colons 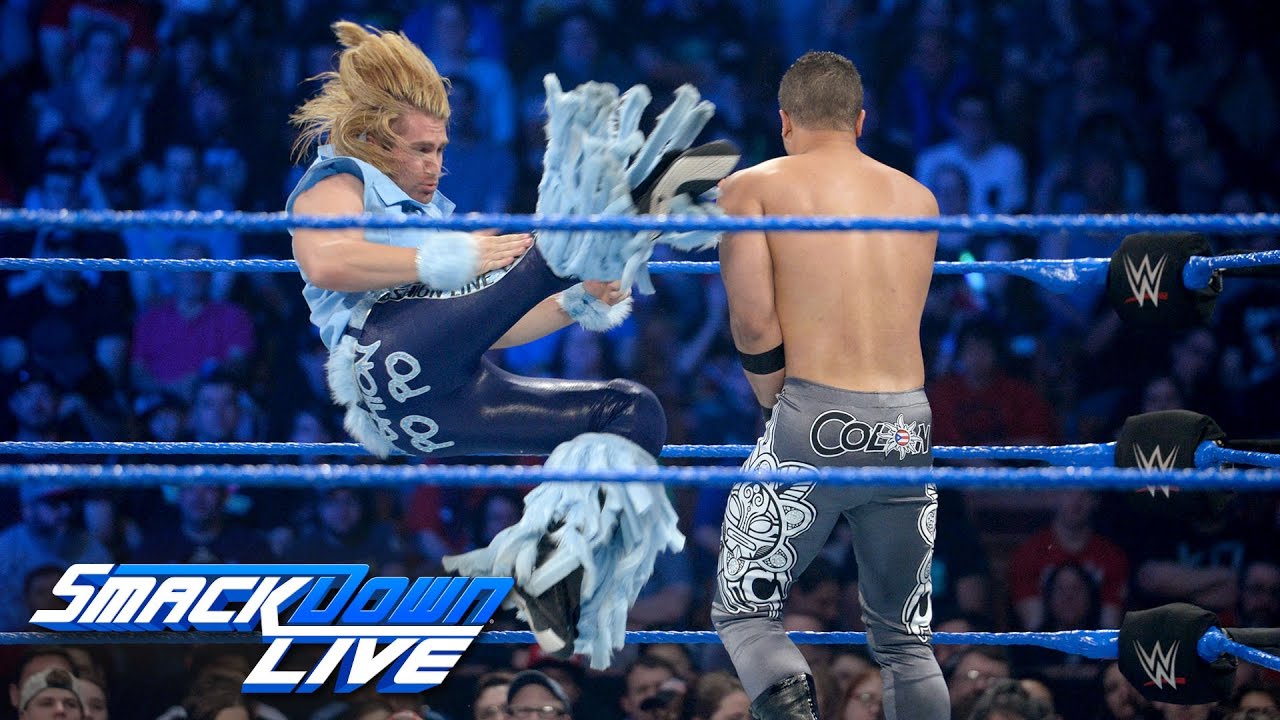 Breezango beat The Colons in a quick tag team match. It looks like Primo and Epico really can’t catch a break no matter what brand their on. I really thought they were going to get a legitimate shot to gain some momentum, but it isn’t looking like that’s the case. This match was more about The Usos cutting a promo after the match. They talked about Breezango doing this for the likes and retweets while they do it for the titles and the day one ish. The welcome Breezango to Uso Penitentiary and read them their rights which were all warnings.

I like the energy that The Usos have been bringing every week with their promos. I think they’re getting sick of not wrestling on the show, but their promos have been so good that it’s hard to miss them in the ring at the moment. It seems like they’ve become more of a special attraction tag team. Speaking of special attractions, where are American Alpha? That team has to be the most under-utilized team in WWE right now. 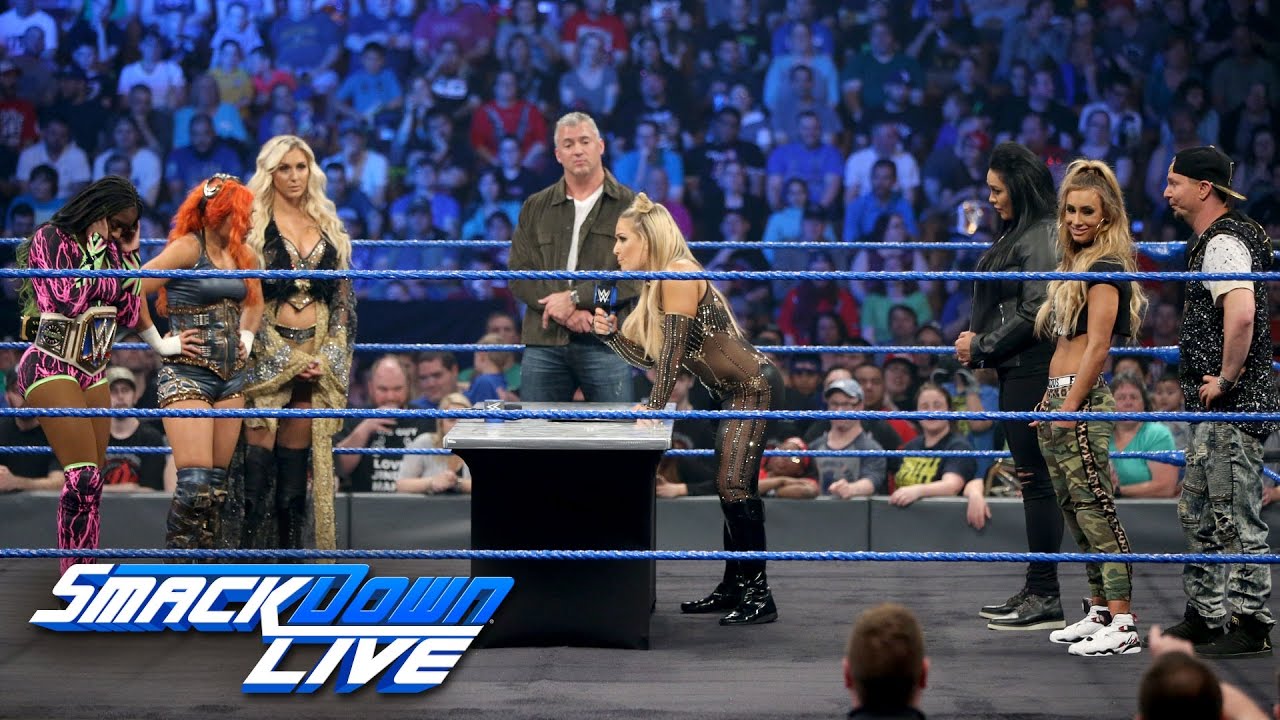 We had a “first-ever” 6-woman contract signing on SmackDown for the tag team match between the heels and faces in the SmackDown Women’s Division. I thought it was weird to have a contract signing for this. It seemed far too formal for what has become such a personal battle. Natalya started off by talking about how they were pathetic and how Becky had the chance to join them but she didn’t. Becky said there was no chance she would have done that. Naomi talks about snatching their heads bald. I hate when she says that, it makes it seem like these women are getting into a cat fight. Charlotte says she’ll solve these problems on Sunday and then The Queen is coming for her crown.

James Ellsworth stole the show here talking about Becky not having a chance with him and Charlotte not being able to make him King since he’s the Prince to the Princess of Staten Island. He then said that Carmella was going to steal Naomi’s glow and her title. Naomi grabbed Ellsworth and then Shane made an impromptu match. 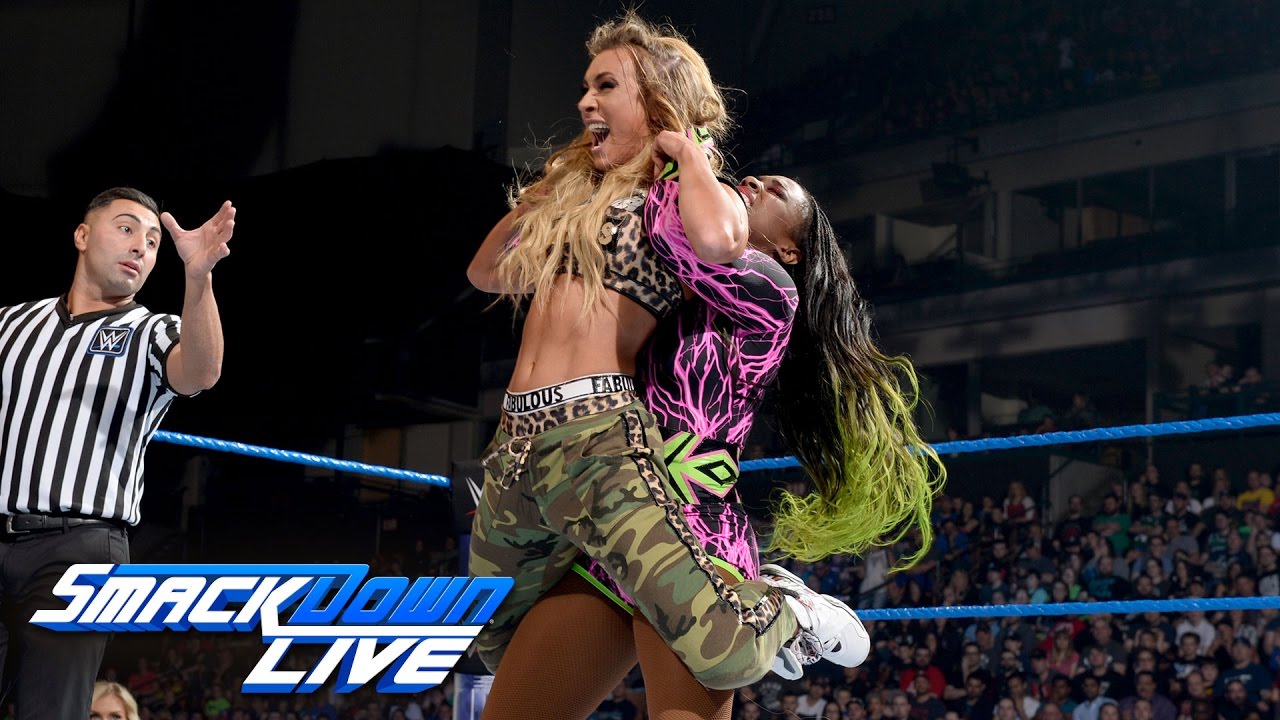 This match was expectedly full of interference. James Ellsworth helped Carmella avoid the Rear View minutes in before being sent to the back by the referee. Tamina and Natalya would be sent to the back after stopping Naomi from going to the top rope. They start to attack Charlotte and Becky. Noami would help them out by kicking Tamina in the back. This would give Carmella the quick roll-up for the victory.

The momentum is with The Welcoming Committee going into Backlash, but I don’t see them winning this match. I think the only reason they’re doing this storyline is to introduce Charlotte to the SmackDown audience and nothing more. I expected more from this feud, it’s kind of falling flat for me. I’m hoping these ladies come out strong on Sunday. 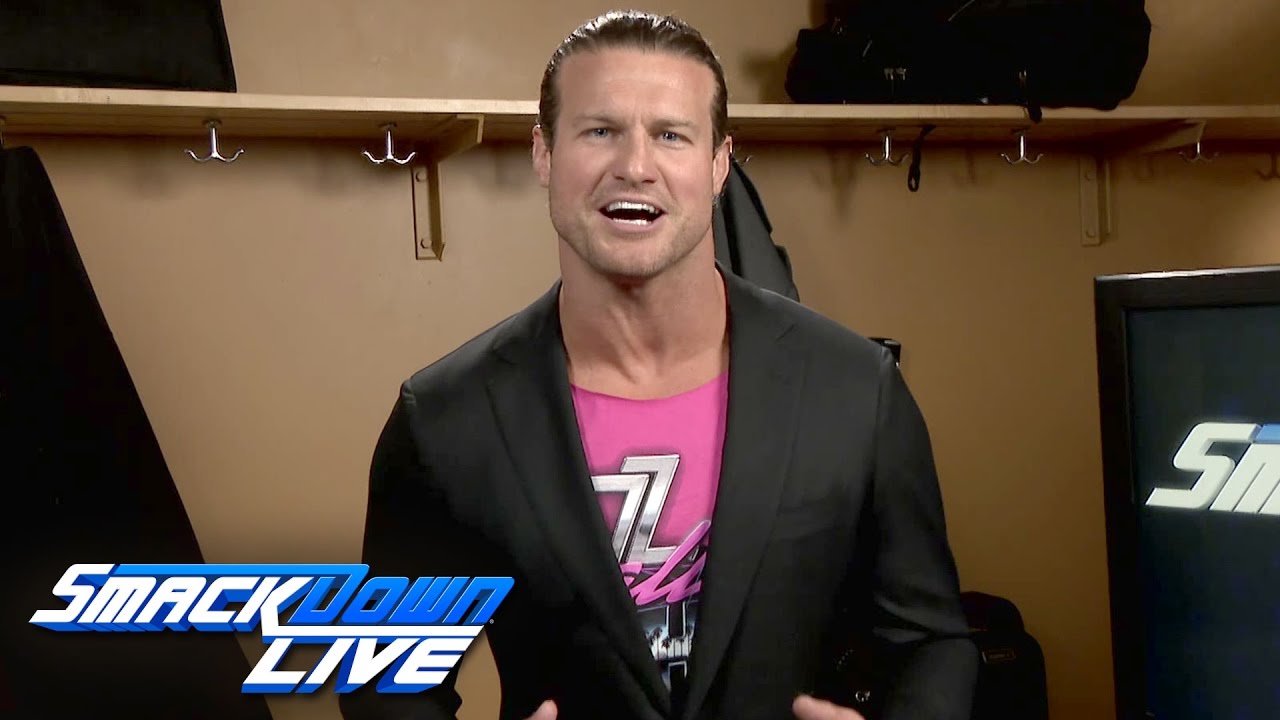 Dolph Ziggler showed a highlight reel of Nakamura on SmackDown. It was a footage not found reel because Nakamura hasn’t done anything on SmackDown yet. He said that while everyone is looking forward to Nakamura’s match, he’s looking forward to spitting in the face of hypocrites when he beats him on Sunday. Strong words from Ziggler. I like how he has made a feud happen out of thin air. There wasn’t much to go on here and he’s carried the whole thing with Nakamura only making sporadic appearances. 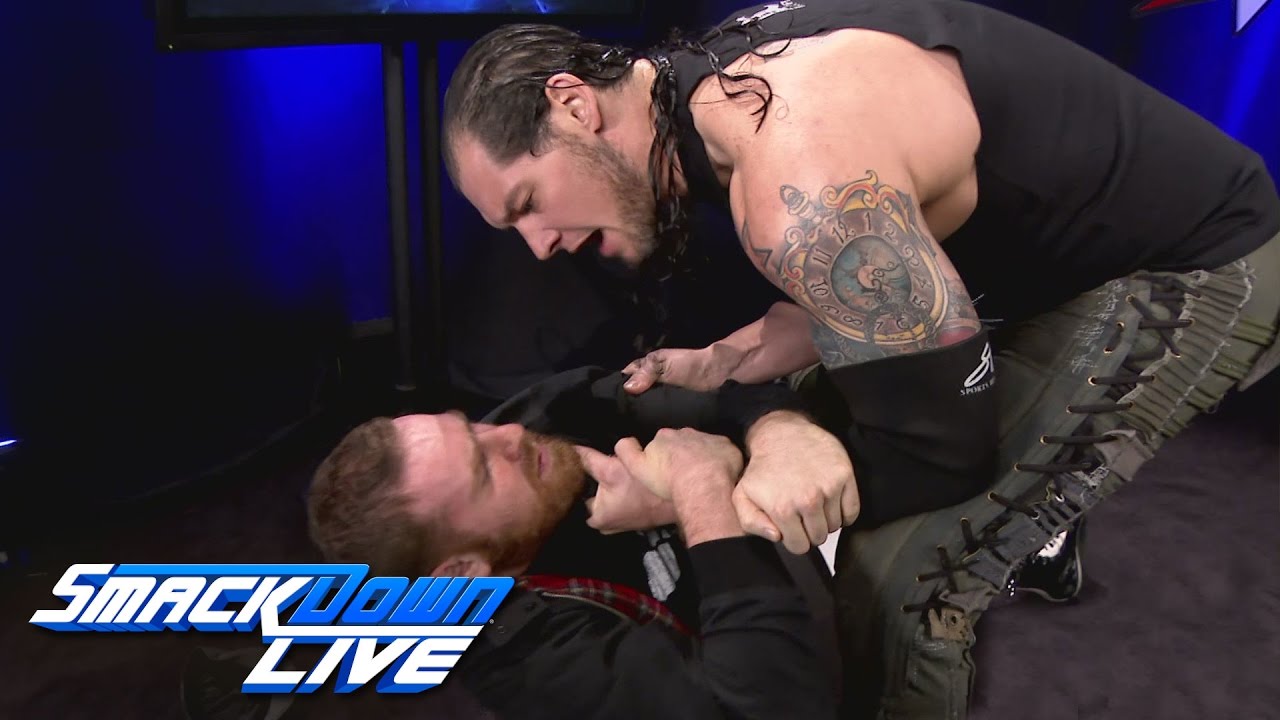 Sami Zayn talked about getting his match against Corbin at Backlash and being a threat to Corbin;s ego. Corbin attacks Zayn from behind and he tells Sami to stay down. He tells Sami that if he shows up at Backlash, he’ll put him down permanently. Strong words from Corbin.

Baron Corbin took on Randy Orton shortly after beating down Sami Zayn in the back. These two had a good main event match and putting Corbin in the ring with guys like this is only going to make him reach his full potential that much faster. Corbin has so much upside and I really think he’s going to be the biggest heel on SmackDown by the end of the year. He’s made some great strides since coming up from NXT.

Orton got the victory with an RKO, but Jinder Mahal got the last laugh at the end of the match by leaving Orton laying with his Cobra Clutch Slam. I really think we might just see a new champion come Sunday.

SmackDown got through everything they needed to get through quickly in this show to get set for Backlash. it was a decent show, but I was a bit bored with it this week too. I think SmackDown is lacking star power and it’s hard to get excited when most of the stars I want to see were in the first segment of the show.

The Key To GTA 5’s Success