The 5/30/2017 WWE SmackDown Live features the announcement of a Women’s Money in the Bank Match as well as Ziggler vs. Styles in the main event!

This week’s SmackDown Live kicked off with promos from the 5 women in the #1 Contender’s Match for the SmackDown Women’s Championship. To sum it up, Charlotte is genetically superior, Becky will have the luck of the Irish, Natalya is the best, Carmella has so much class you can call her the teacher, and it’s Tamina’s time. These promos were maybe 15 seconds each. They were a nice touch, but they were so generic and stereotypical it was hard to take them seriously. 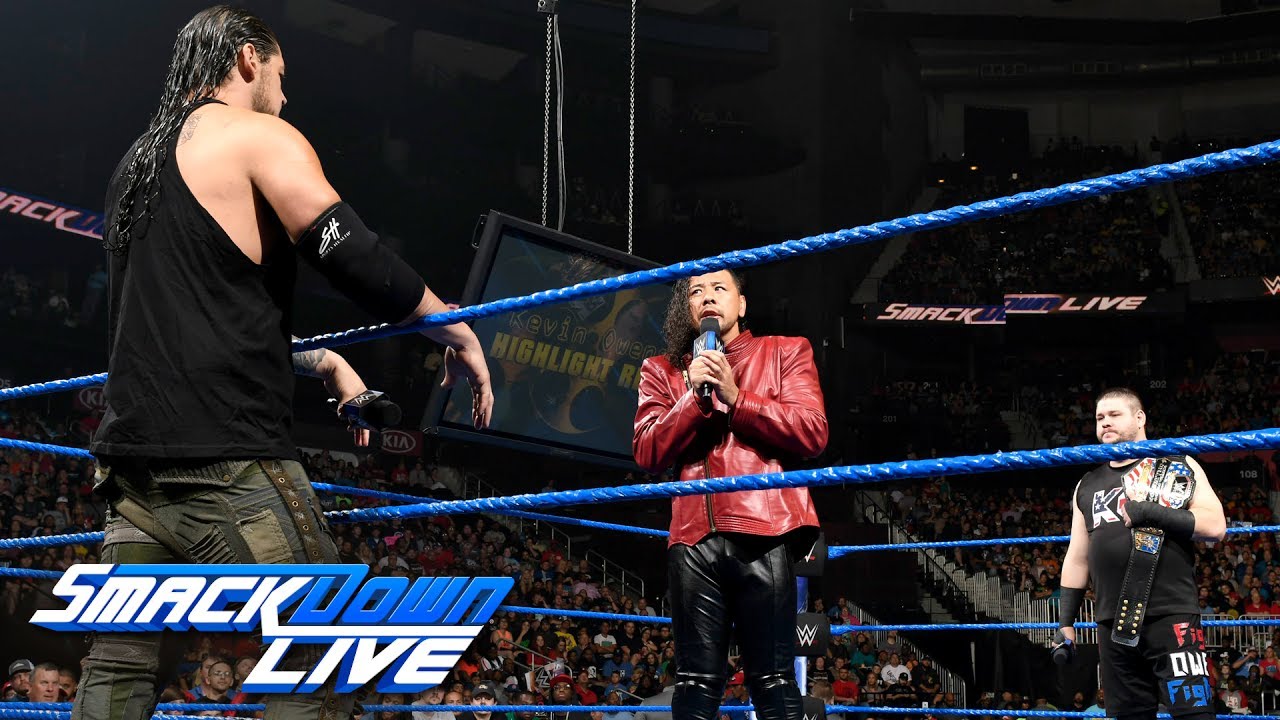 Kevin Owens hosted yet another edition of The Highlight Reel on SmackDown Live. He talked about Chris Jericho creating the Money in the Bank Ladder Match and said that he would do what Chris never did and grab the briefcase. He then said he would be both the Face of America and the face of the entire WWE.

Kevin brought out Shinsuke Nakamura as his guest on the show. Kevin says he’s shrouded in mystery. People want to know why you’re here and what your future in WWE is. He asked Shinsuke if he knew what happened to the last guy who thought he was a rockstar? Owens said he sent him and his stupid scarf into an early retirement. He warns Nakamura that if he shows up at MITB, that will be the last time people sing along with you because that’s the day the music dies.

Baron Corbin shows up before Nakamura can get a word in. He shows highlights of his beatdown on Zayn last week. Owens says it’s nothing special and that he’s been beating up Sami for 15 years. He tells him to get off his show because he’s not his guest. Nakamura tells Owens to remember how he pinned him last week. He then tells Corbin he forgot to show the two times that Sami beat him. This paves the way for a double-team on Nakamura before Zayn makes the save and proposes a tag team match after clearing the ring. I actually liked this opening segment, I felt like everything flowed pretty nicely into where they wanted it to go. It felt like a natural progression to the match. 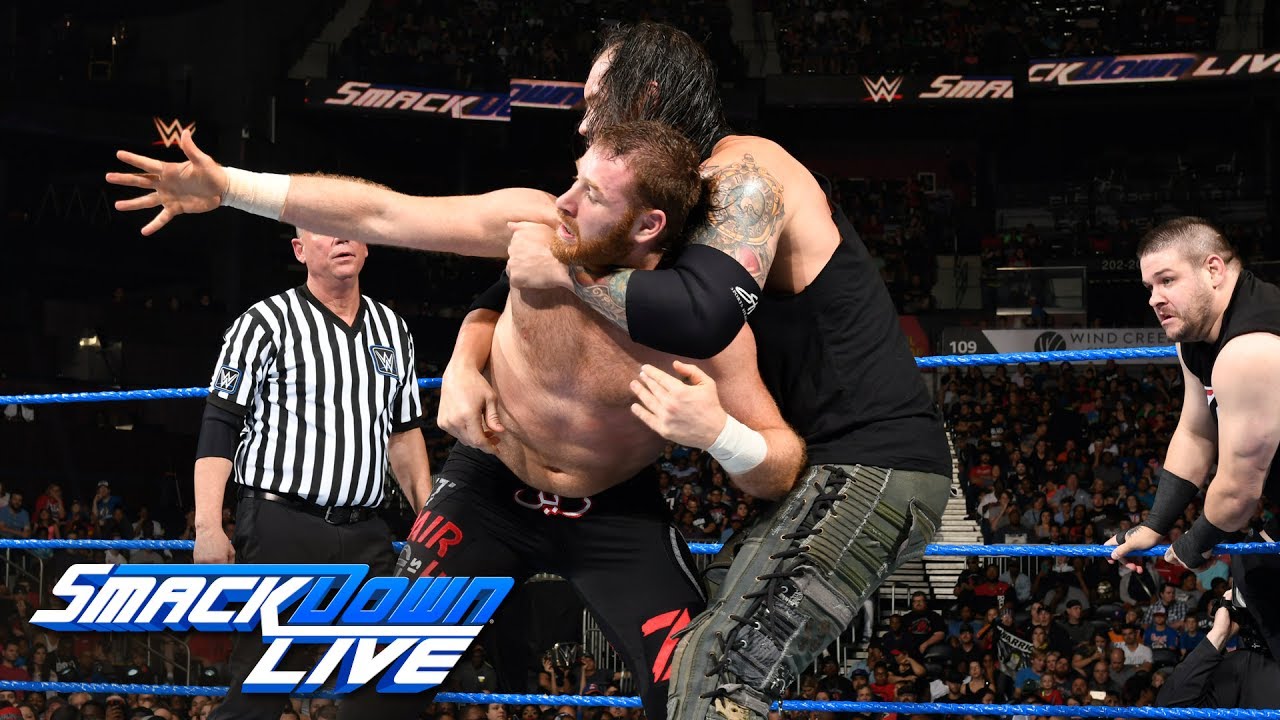 I’ll hand it to SmackDown, they spent a good quarter of the show or more on the build to this tag match and the match itself. SmackDown gives a lot of time to 4-5 feuds a week rather than Raw trying to fit in 8-12 and not giving them the proper build. I really like the way that this show is structured and I wish Raw would take some pointers from it.

This was a good, lengthy match. It was a typical heel/face tag match where the heels had control after a couple dirty tactics before the face team came back to win it. Nakamura got the win with the Kinshasa.

That’s pretty interesting to me. I really wonder whether they would allow Nakamura to win the MITB or not this early into his SmackDown career. I’m always more interested in the chase, so I’d rather wait 6 months or so to see his first title run. That’s not to say he wouldn’t be able to cash in at that time, but it just doesn’t seem to be something that would fit his personality. I think the person that makes the most sense to win that match would be Baron Corbin. A cash in would completely fit his character. 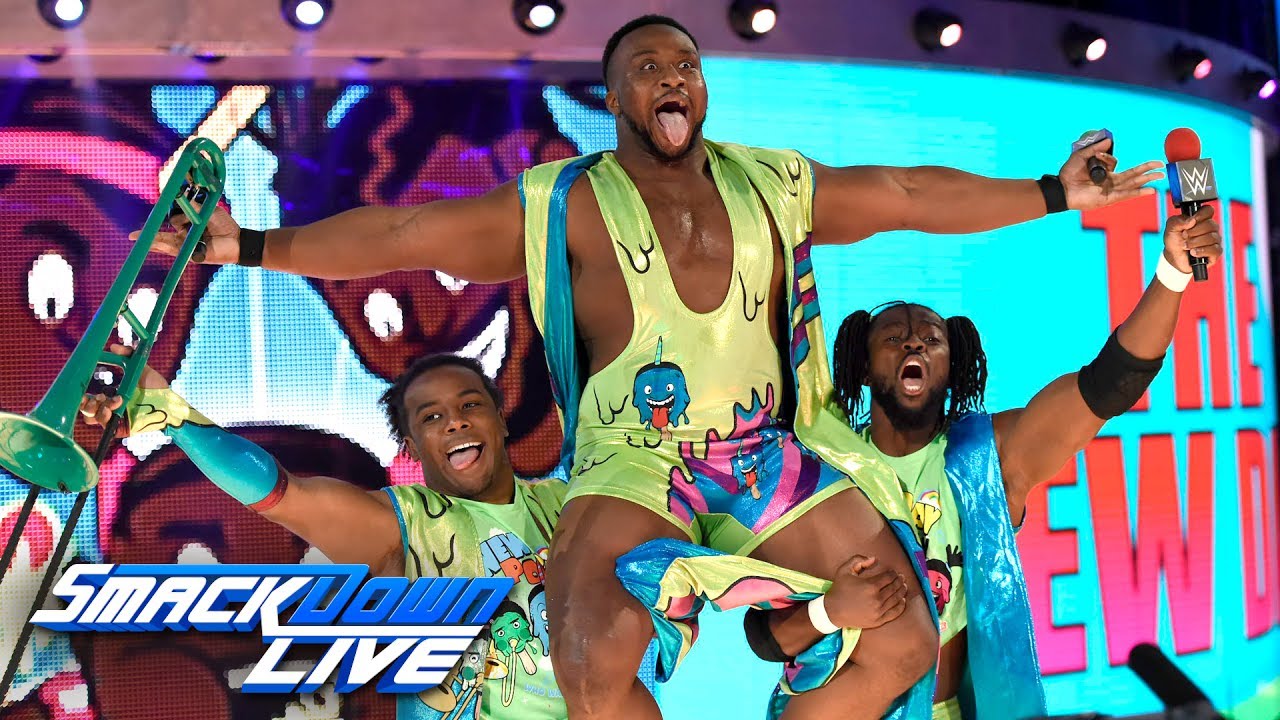 The Usos came out to gloat about being the best tag team on SmackDown Live when the familiar voice of Big E interrupts. The New Day has returned! I don’t think any team needed a month or two off more than The New Day, they had been tag team champions for so long that their routine was becoming old and tired. Having that time off gave fans time to get excited about them again. The two teams traded verbal jabs back and forth before it was announced that it will be The New Day vs. The Usos at MITB. I find it amazing how teams can just return and have matches with the champions right away, but it works in this situation to keep things fresh. 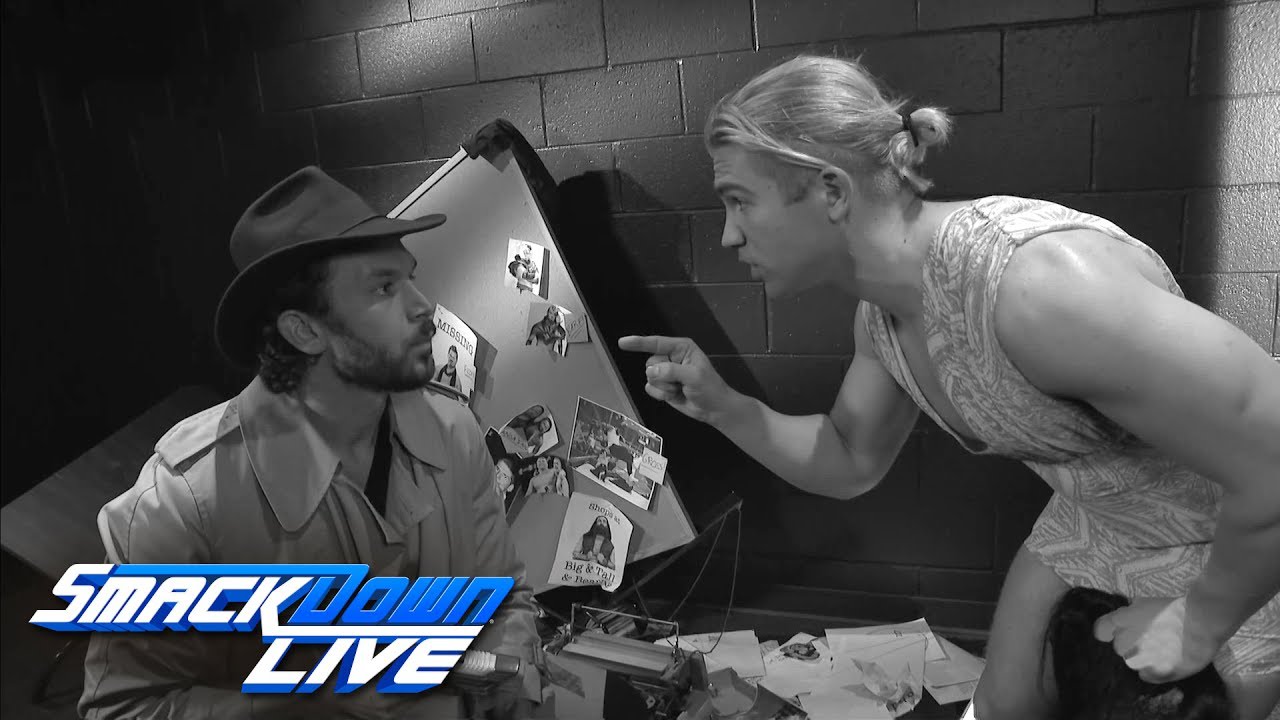 We have another edition of Fashion Files this week. This is a black and white edition with Fandango talking in a trench coat. He says he’s always had a private eye for fashion. He also said his partner let the “Uggos” slip through their fingers. He sees his office door ajar only to walk into it trashed. He tells the dirtbag to freeze and it ends up being “Breeze bag” They realize they can read each other’s minds and proceed to read them incorrectly. These segments get weirder every week, but I can’t help but find them comical.

#1 Contender’s Match for the SmackDown Women’s Championship: Becky Lynch vs. Charlotte vs. Natalya vs. Carmella vs. Tamina w/ James Ellsworth 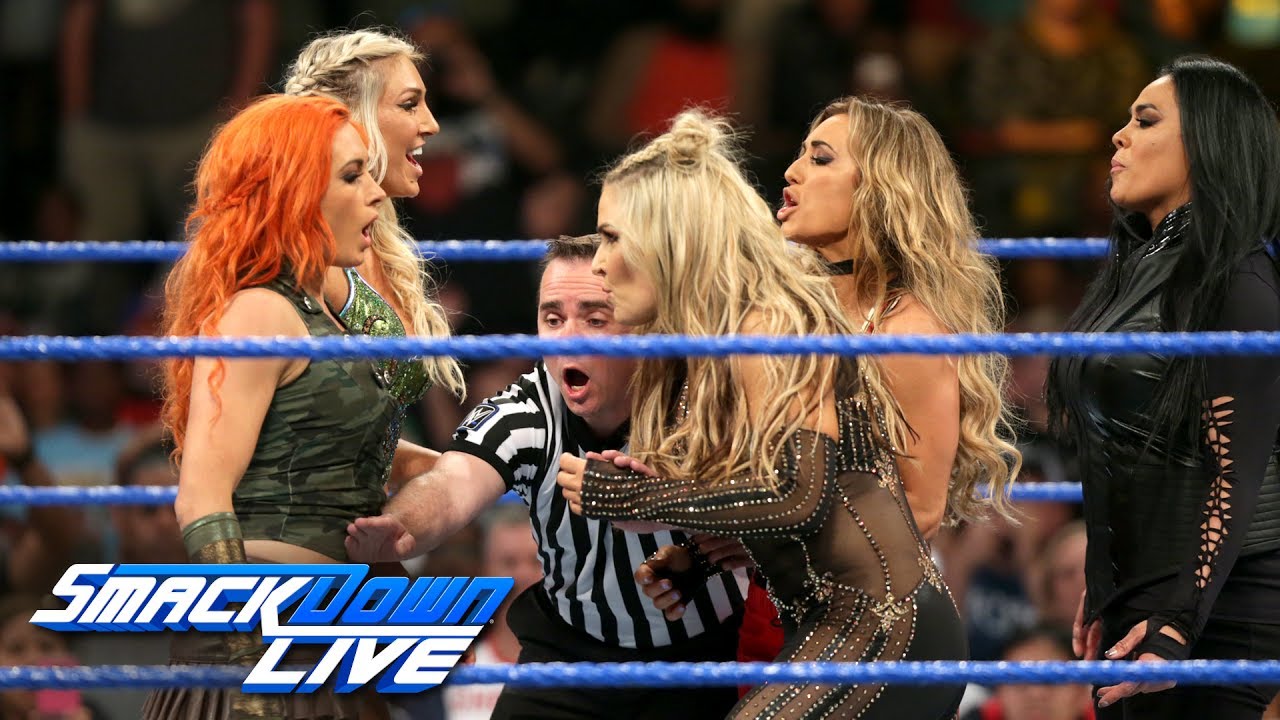 This match never really got off the ground. The women started attacking each other from the get-go and throwing each other into ring posts. Charlotte even managed to put Natalya through a table. It was complete carnage. Shane McMahon would come out to announce that there will be a Women’s Money in the Bank Match at the PPV for the first time ever. I love this idea. I feel that the women should be getting the same gimmick match opportunities as the men. They should have Elimination Chambers, Hell in a Cells, MITB, and anything else they can come up with. This is a great move and I’m really excited to see what they can do.

Breezango vs. The Colons

Breezango seems to be continuing with Tyler’s alter-egos as he had a dress and a wig to start the match. He also utilized the janitor costume in this match as well. Breezango would win with an Unprettier after all of those follies. It’s hard to say what’s next for these two, but I almost want them to break up and feud. I’m not sure they’ll be given much more of an opportunity after losing their opportunity at the titles and I think both guys could really reinvent themselves as singles wrestlers at this point in time. 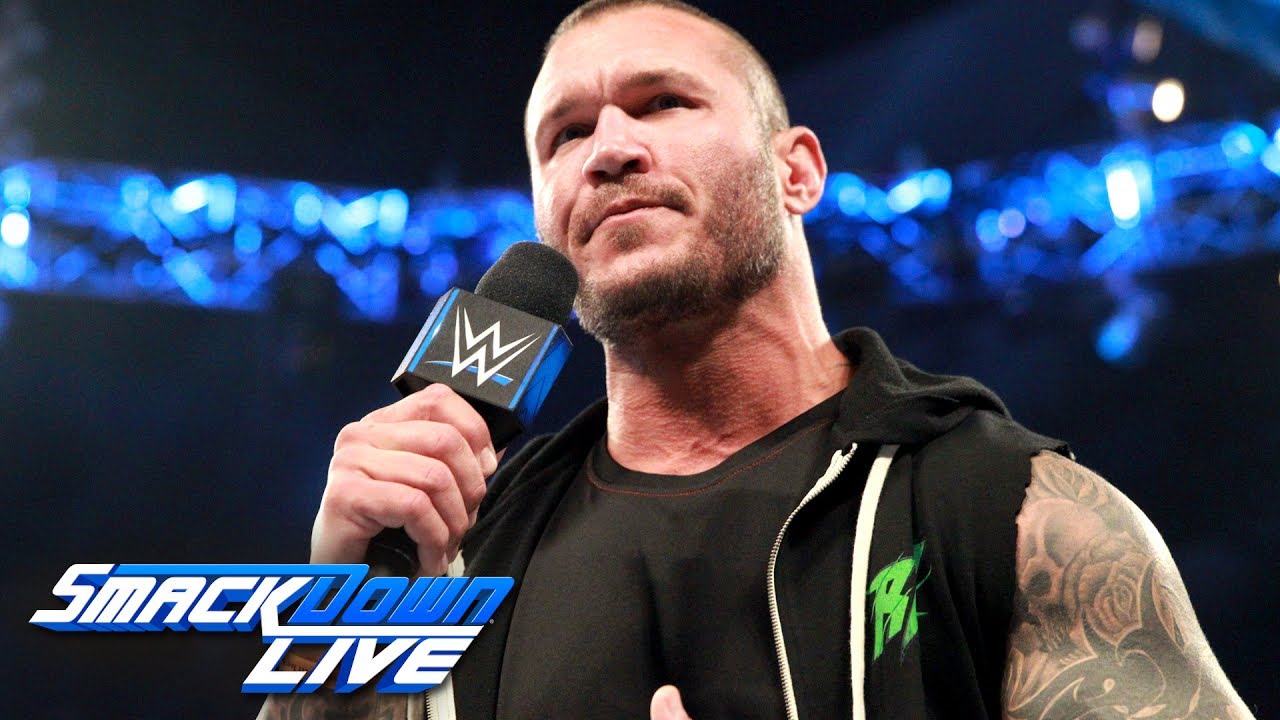 Randy Orton came out and talked about his family’s lineage in wrestling and how his grandfather would have slapped him in the face for losing to a guy like Jinder (what does THAT mean?). He talks about winning being the only option in his hometown of St. Louis at MITB. Mahal appears on video and says Orton is the past and he is the present and future. This was pretty boring. They just threw this together so the champion didn’t miss the show completely. 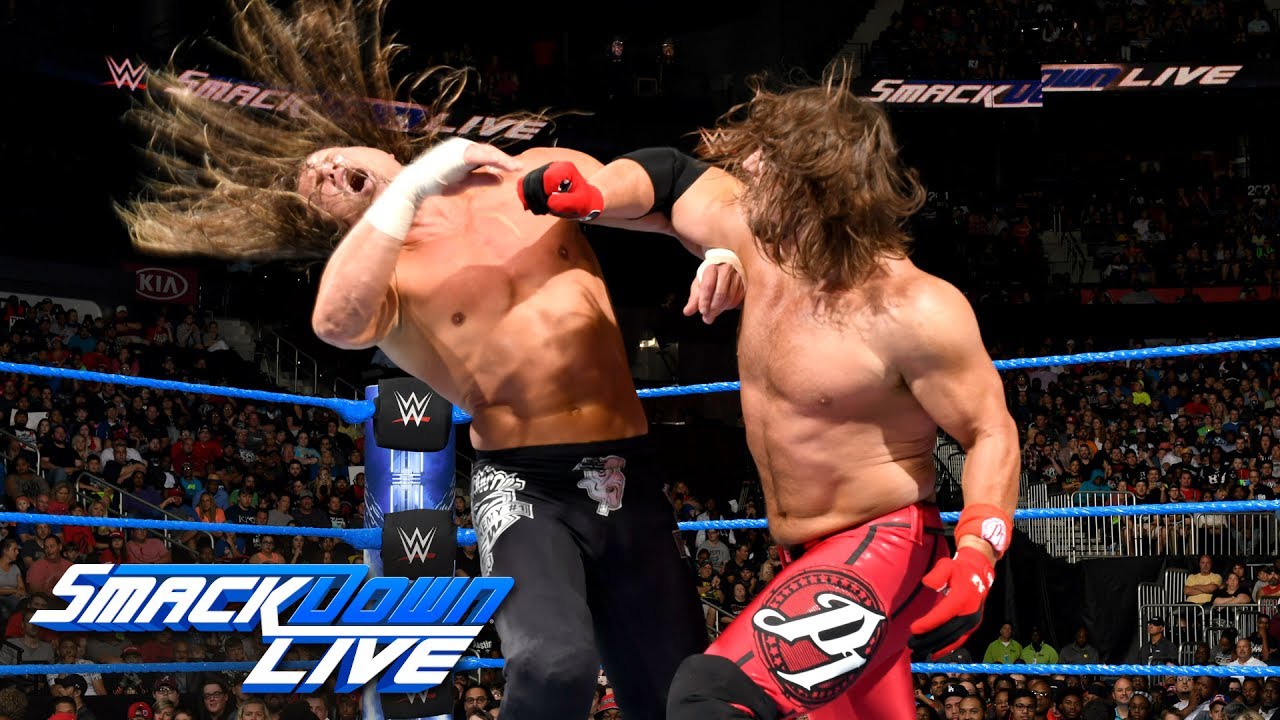 AJ Styles and Dolph Ziggler had a spirited main event on SmackDown Live. Ziggler pulled out a surprise victory on Styles after he crotched him on the top rope and hit a Super Kick for the 3-count. I found this development pretty interesting. Ziggler historically hasn’t been favoured in matches like this, but maybe WWE is finally giving him a bit of a push. The problem with Dolph is that no matter how good he is, his pushes always stall at the worst times. He’s one of the most tenured Superstars on the roster and has never really been given a legitimate shot to be a top guy. I think he can and I’d like to see this type of thing continue. It was a great way to end SmackDown this week and it doesn’t hurt Styles at all.