Today, we’re going to talk about one of the most popular board games of the 90s. I’m talking about Crossfire, the game that made enemies out of friends.

You’ll get caught up in the CROSSFIRE! If you grew up in the 90s, you probably remember that familiar line from that early 90s Crossfire board game commercial. Of course, this wasn’t any ordinary board game. In fact, I’m not sure you can even classify it as a board game, but this is FYIG and that’s what I’m calling it.

The object of Crossfire is pretty simple. Each player is trying to knock their puck past the opponent’s goal line by shooting a bunch of small marbles in rapid succession using the attached guns. Simultaneously, players have to pick up the balls that have been shot out and put them back into the gun creating fast and frantic gameplay. The entire game lasts only a few minutes, but it’s oh so satisfying when you’re victorious.

The original Crossfire game was created in 1971 by Milton Bradley (which was taken over by Hasbro in 1984 with the Milton Bradley name being discontinued in 2000). The original version wasn’t much to look at as shown above. The game board was a rectangular shape and only had small deposits in the corners to collect the balls. The goal pucks were a bigger marble encased in a circular plastic piece. This version wasn’t quite as exciting as the later versions and wasn’t widely

This version wasn’t the version of Crossfire that everyone knows and loves. Admittedly, I wasn’t even aware that this game was created in 1971. All I remember are the commercials from when I was 4 or 5 years old for the revamped version of Crossfire.

Sometime in the future…the ultimate challenge…CROSSFIRE! If you were a kid and you saw this commercial, it got you amped up and made you think that Crossfire was the greatest thing going. It was like a battle to the death between two combatants. In reality, the game is pretty simple, but it does lead to some fierce competition. I mean look at this commercial though, the lightning, the smoke, hoverboards, the loser being vanquished into another dimension! No other game made someone completely disappear into thin air! Ok, so neither did this game. It was classic 90s marketing at its finest and it was awesome.

The best part about the commercial had to be the music. Everyone who’s seen that commercial remembers that song. It was such an iconic song that Steel Panther covered it in 2011 for a YouTube video by RocketJump as seen below. 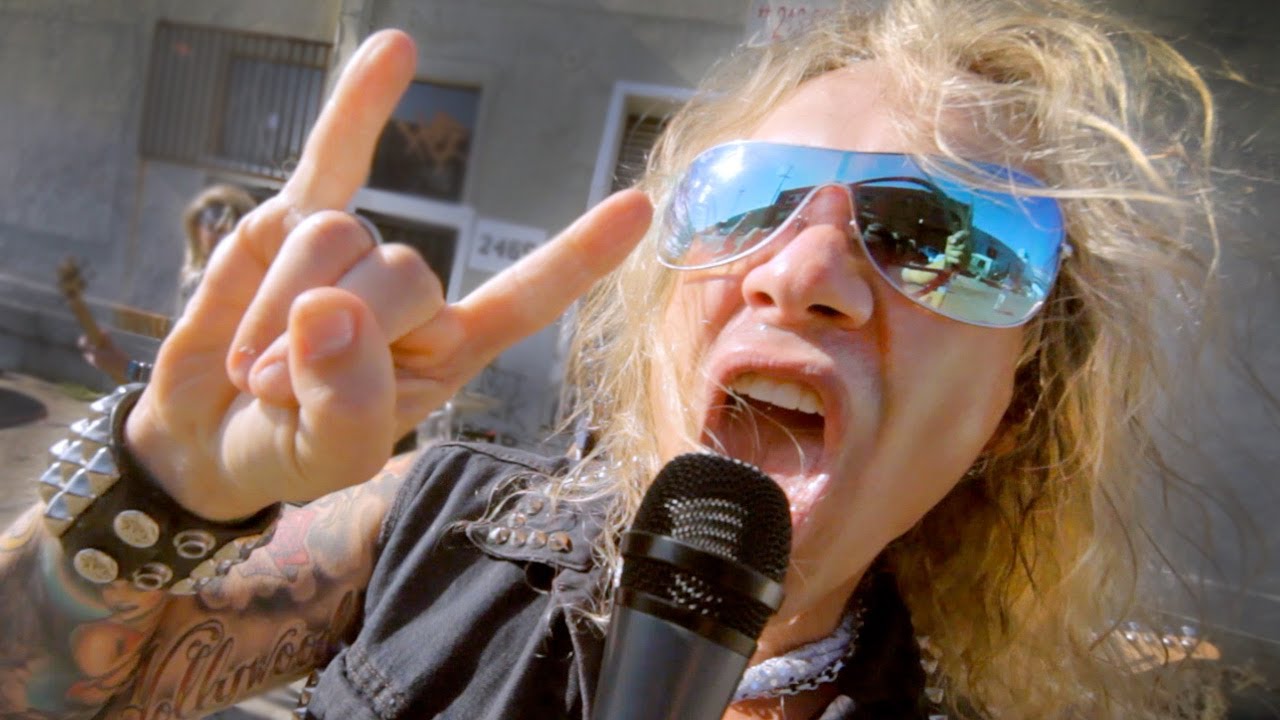 The 90s version of the game was actually quite a bit different from the original and the TV commercials certainly made it the most popular version released. This version featured more of a dome shape than the rectangular shape of the 70s version. This made it a little easier to get the pucks into the goal, but it also made it easier for them to get stuck on the side. Difficulty bumpers were added the made the goal smaller the more you pulled them out. These bumpers weren’t without flaws either as the plastic wasn’t very durable and they were prone to breaking.

The biggest difference between the 70s version and the 90s version has to be the pucks which have a sun shape and a triangle shape in the 90s version. This changes the way the game is played because hitting these dead on doesn’t always produce the desired effect. Hitting the sun on the side sometimes makes it spin in place while hitting the triangle can make it go in a direction you aren’t anticipation. It creates a bit of unpredictability that the 70s version just didn’t have.

The 90s version added the long goal which makes it easier to pick up the marbles as you play to put them back in the gun. I couldn’t imagine playing the original version without that. It would have been nearly impossible to have a fair game with everyone’s hands in the way. Of course, it is possible to lose marbles. It’s rare, but they can fly out. The marbles also get stuck in the gun making it so you have to tap on it to get them to go through. This is how a lot of people end up breaking the guns in the thick of a game. I’ve read countless stories about people with one broken gun and there are even some listings on eBay with broken guns.

I think the biggest draw of Crossfire as a game was how much of a competition it was. It was a one on one contest with a winner and a loser. If you won, you felt like the greatest person in the world and if you lost, you felt like you had just failed in life. I can’t think of many other games with such a distinct tournament-style feel. It wasn’t the greatest game of all-time, but it had a certain charm that just couldn’t be beaten.

Crossfire was one of those games that had a larger than life feel. it wasn’t a traditional slow-paced board game. It was a fast-paced rapid-fire shootout and it was on every little boy’s wishlist in the early 90s. I’m not sure if they still make this game, I haven’t seen it on store shelves in years and the prices seem pretty steep on eBay with the complete set going for $50 or more. With the issues of durability, I probably wouldn’t spend that much. If you can grab this one at a garage sale or something for $20, I’d definitely take a look at it. One thing’s for sure, you’ll get caught up in the CROSSFIRE!

FYIG Chats With Singer/Actor Will Bowes

Five Incredible Indie Switch Games No One is Talking About