The 5/31/2017 WWE NXT features Tommaso Ciampa’s explanation as to why he turned on his former DIY partner, Johnny Gargano, at Takeover: Chicago!

Check out the new NXT opening which is pretty awesome! 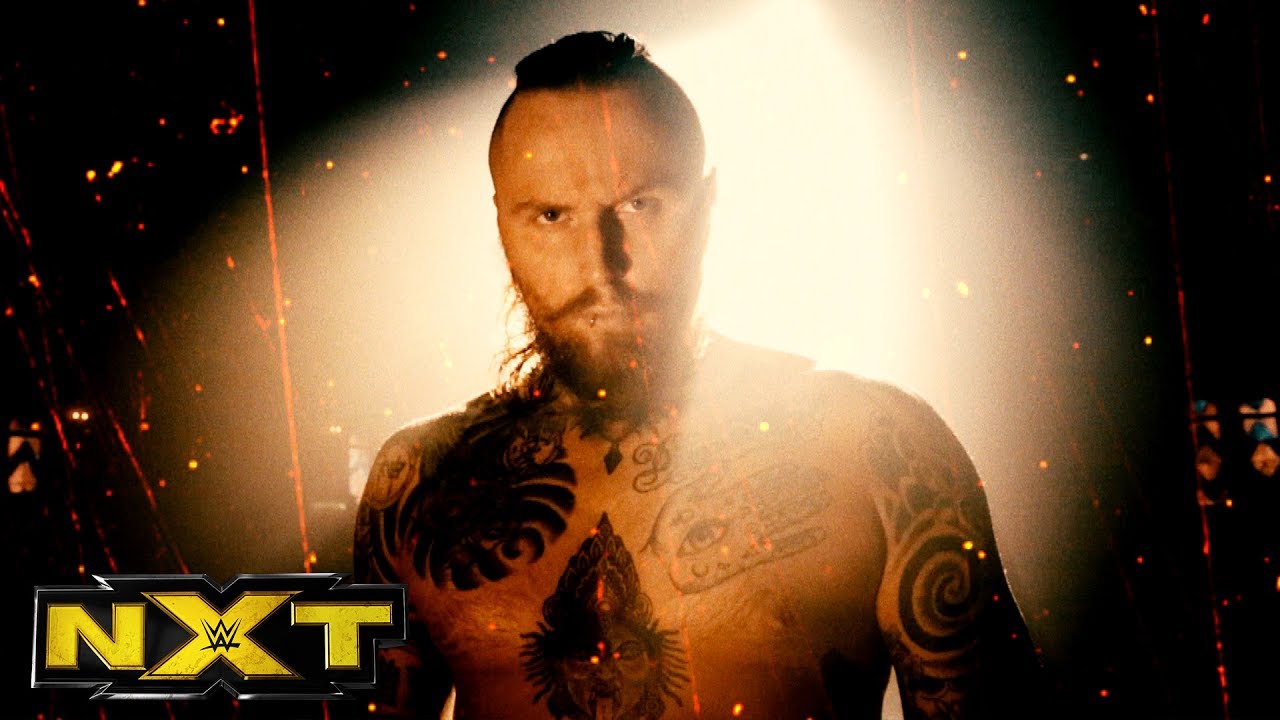 Tommaso Ciampa Explains Why he Turned on Johnny Gargano

This week’s NXT provided the answer to the question everyone has been asking since NXT Takeover: Chicago – why did Tommaso Ciampa turn on his best friend and partner, Johnny Gargano? Ciampa came down to the ring on crutches and got into the ring very gingerly making sure not to put much weight on his one leg. He called out Johnny Gargano before telling the crowd that he actually wasn’t there this evening. It was at that point when Ciampa started explaining himself.

The main thing that prompted Ciampa to act the way he did all stemmed from the injury he suffered on the Thursday before Takeover. He said that the fans started replacing him with dream partners upon hearing that Ciampa might not be ready to go. He never had any doubts that he would fight, that’s what DIY is all about. He talked about becoming an afterthought, but he put it all aside and fought at Takeover.

Ciampa said that during the Ladder Match, he took a fall and felt a pop in his knee, He knew right there that he would have to go away for a long time. He continued to fight, but it wasn’t enough. He said that he looked at the people and he looked at Johnny and he knew they were going to replace him. He said Johnny wouldn’t hesitate. If he was going away for a long time, so was Johnny Wrestling. He said DIY was something special and they ruined it. It was supposed to be their moment, but it certainly wasn’t. It was his moment.

Ciampa ended it by saying only the fans are replaceable. He promises to be the most dangerous SOB when he returns and says that he is professional wrestling whether you like it or not. I have to say, this was one of the best reasons to turn heel that I’ve ever heard. It was a delusional vision, but it made so much sense. There wasn’t one part of that promo that seemed ridiculous. It was believable and it was a plausible explanation for everything that happened. It makes more sense with Ciampa’s real (?) injury. This is going to be an immensely personal feud when these two eventually come face to face.

Pete Dunne had his first match after winning the UK title at Takeover on this week’s edition of NXT. Danny Burch did a good job of matching Dunne’s intensity in the beginning going shot for shot for a while. Dunne would get a quick shot in while Burch was talking to the referee to regain the advantage but Burch hung in there until the end when Dunne hit the Bitter End. It was a decent first title defense for Dunne and I’m really starting to enjoy these UK stars on NXT. I think all it took was getting to know the characters a little better.

Dunne got on the microphone after the match to say that he had to watch a boy carry around his title since January. He said it was his pleasure to take the title from Tyler Bate and that the true beginning of the UK brand started when he took possession of the title.

We thought we were getting an interview from Velveteen Dream this week, but he wasn’t up to it. The reason: the ambiance wasn’t right for him. Yeah, you can see that this character is going to become a big time heel just with little things like this. Patrick Clark certainly has something here and while I don’t particularly like this character, I’m not supposed to. So that’s a good thing. He gets under your skin just by his mere presence and that’s something that WWE doesn’t have much of right now.

Paul Ellering appeared in a video talking about how the Book of Pain has closed and the Book of Dominance has opened. He talked about how survival is the only law for Akam and also about Rezar being a child of war. I didn’t quite know what to make of the video, but part of me wonders if maybe they’re reaching the end of their run in NXT. I mean, to be honest, what do they really have left to do? 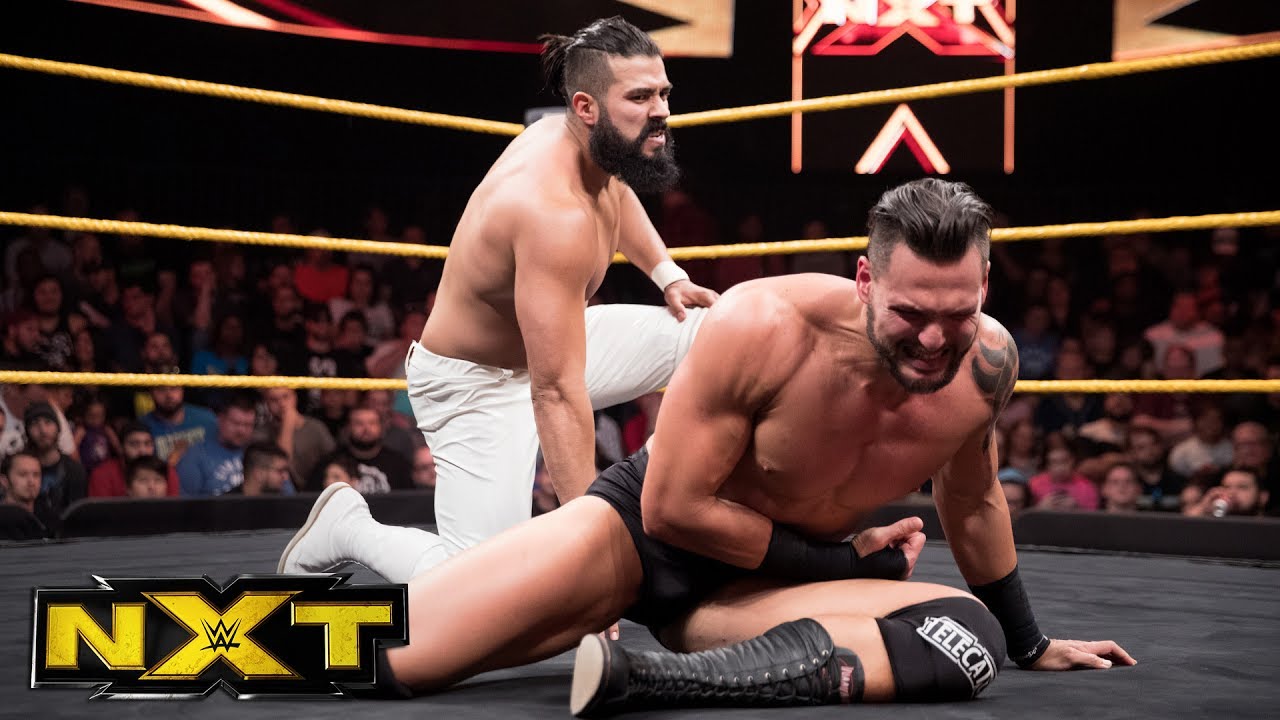 Andrade Almas continued his cockiness this week on NXT. He had a match against Cezar Bonani and looked like he was going to cruise to an easy victory – that is until he got rolled up for the 3-count and a loss to the relatively unknown Bonani. Almas was initially furious about losing, but cooled off and laughed off the loss. I’m really not sure where they’re going with all this and I’m not sure what it really does for his character. The story is intriguing to me and I’d like to see what’s going to happen.

Billie Kay and Peyton Royce were screwing around at the Performance Center and talking about what they’d do to make it iconic when Ember Moon walked in. Before much could transpire between the three women, the trainer walked in to get Ember’s signature on her medical release form. She then told them she’d see them soon. Ember Moon looks to be clear to return to the ring. That injury definitely wasn’t a 6-month deal, thankfully. I’m glad to see her back so soon. I feel like the entire Women’s Division is contigent on Ember right now and you could really tell when she was missing in action for those few weeks. We will see a Triple Threat Elimination Match for the NXT Women’s Championship in 2 weeks featuring Ruby Riot, Asuka, and Nikki Cross.

Hideo Itami was not happy after his loss at Takeover. He trashed a locker room and shouted obscentities at Kassius Ohno as well as pushing him a couple times. The two men shook hands in the parking lot and cooler heads seem to have prevailed. It does make me wonder what’s next for Itami, though. He’ll face Oney Lorcan next week which should be an intense match. I could see him losing and making a heel turn in that one. 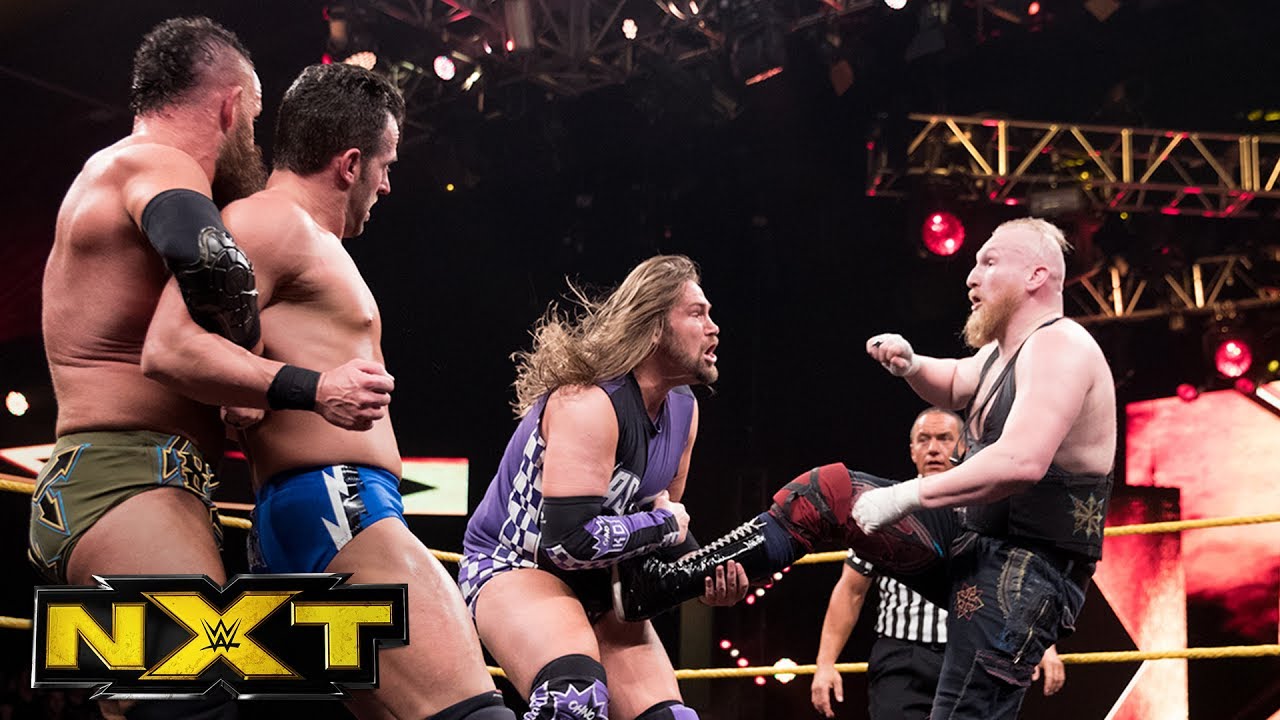 I had wondered why we were seeing yet another match between Sanity and the mix of Strong and another partner. It seems this feud will never end no matter how many times it seems to. There was some light at the end of this one, though, as No Way José took out Killian Dain long enough for Strong to hit End of Heartache for the 3-count. It looks like this is going to go on a bit longer. It was nice to see José who has been off TV for quite some time, but I’m just bored with these 6 guys together. I just don’t see much of a payoff in this feud. 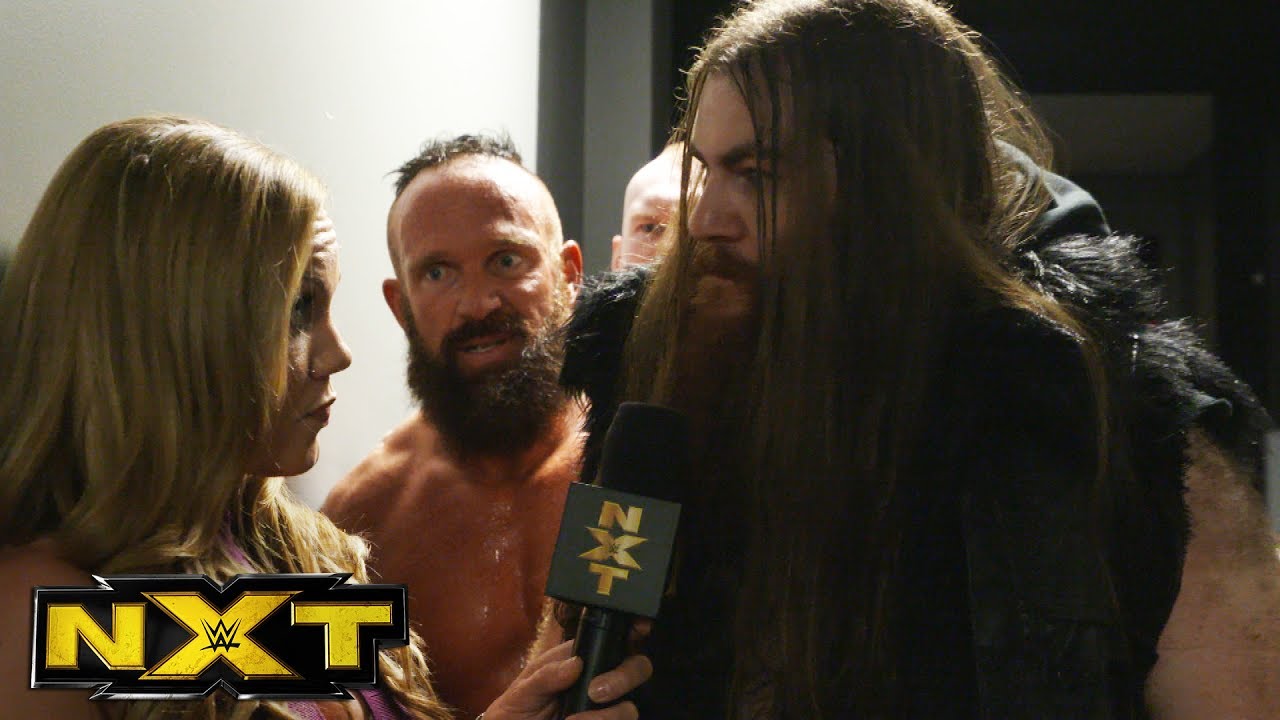 This week’s episode of NXT was pretty good, they touched on pretty much everything I was wondering about and were able to do it in an hour’s time which always astounds me. Take notes, Raw.