The 6/12/2017 WWE Raw Analysis features the first confrontation between Samoa Joe and Brock Lesnar as well as my view on the state of the Women’s Division.

Joe and Lesnar Get Acquainted

Samoa Joe came out and got in Brock Lesnar’s face after hearing Paul Heyman run him down for a few minutes. Joe and Lesnar started going at it right there in the ring beating up the security force that tried to break them up. The whole roster would then come to do the same. I thought this was a fantastic way to kick off this feud. Far too often in WWE, Superstars talk for weeks before they ever throw a single punch. This feud isn’t like that, it’s going to be physical and that’s the way it should be between these two personalities.

This feud is going to make Samoa Joe in WWE, in my opinion. Joe finally gets to let loose and go to war with someone who is equally as physical. I think Joe is going to surprise a lot of people with how well he does against Lesnar. He probably won’t win, but as Heyman said last week, he’ll take a piece of Lesnar with him. This match is one of my personal dream matches and I know these two are going to war at Great Balls of Fire.

Elias Samson once again was victorious over Dean Ambrose after the distractions from The Miz and Maryse. I’ve enjoyed the way Samson runs down the city he is in with a song before every match. The way he’s been gaining victories under the radar is something to note as well. How long is it going to be before he becomes the #1 Contender to the Intercontinental Championship? I think that’s where this is eventually going. Miz is paying more attention to Ambrose and the real threat will end up being Samson. I’m happy that they’ve given Samson such a prominent role after coming up from NXT. I was initially worried they would have nothing for him, but he’s been rolling right along.

The Miz teamed up with The Bear from last week to take on Heath Slater and Rhyno. The Miz would become paranoid again and unmask him to prove he wasn’t Ambrose. Ambrose actually was a different Bear and ended up hitting Dirty Deeds on Miz and pulling Slater on top of him for the 3-count. So these two continue to feud, but could we see a Triple Threat Match for the Intercontinental Championship coming up? That might be the best way for Samson to “steal” one. I’m just tired of the whole Miz/Ambrose thing. I’m just not interested in it. The past couple weeks have been entertaining, but I just don’t care which one of these guys holds that title. I’d much rather see a guy like Finn Balor feud with The Miz over the title. 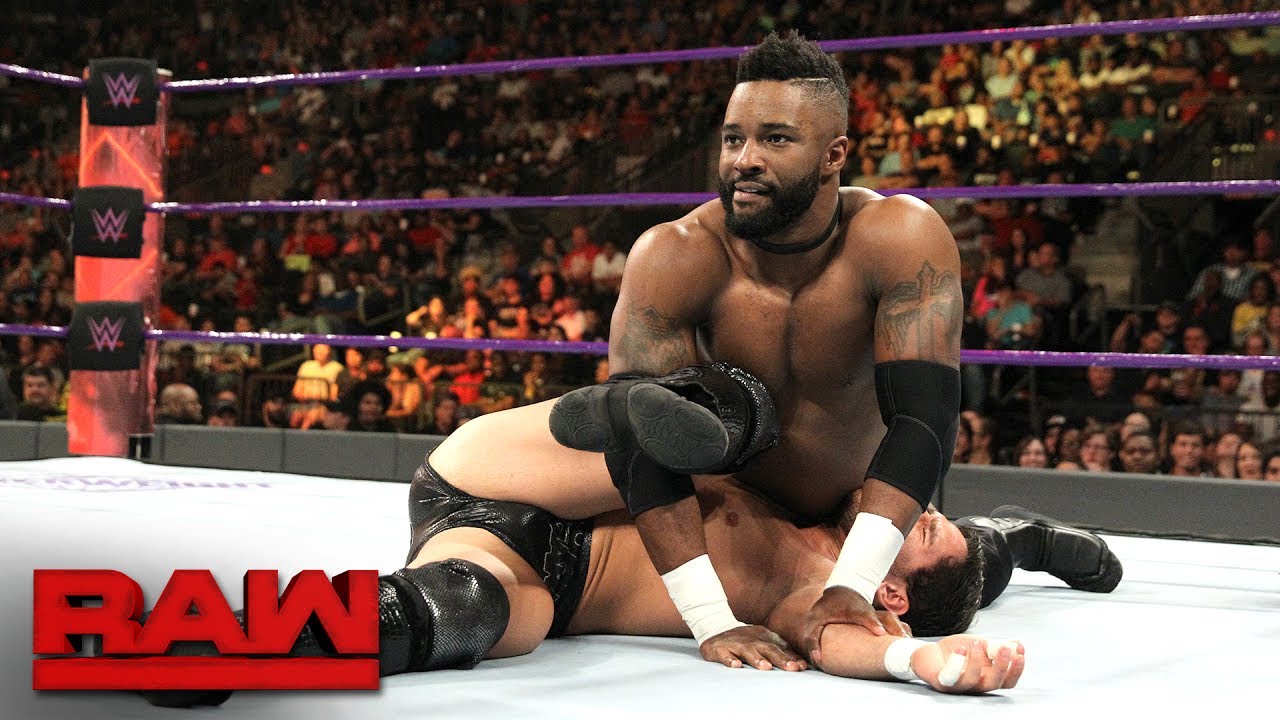 Cedric Alexander ended his feud with Noam Dar on Raw with a Lumbar Check. Dar walked right into it after being distracted by Alicia Fox who apparently was calling from home with a neck injury. Dar brought the phone to the ring and was more concerned with that than winning. This was an annoying segment to put this feud to rest with no questions. I appreciate tying up the loose end, but it was awful. 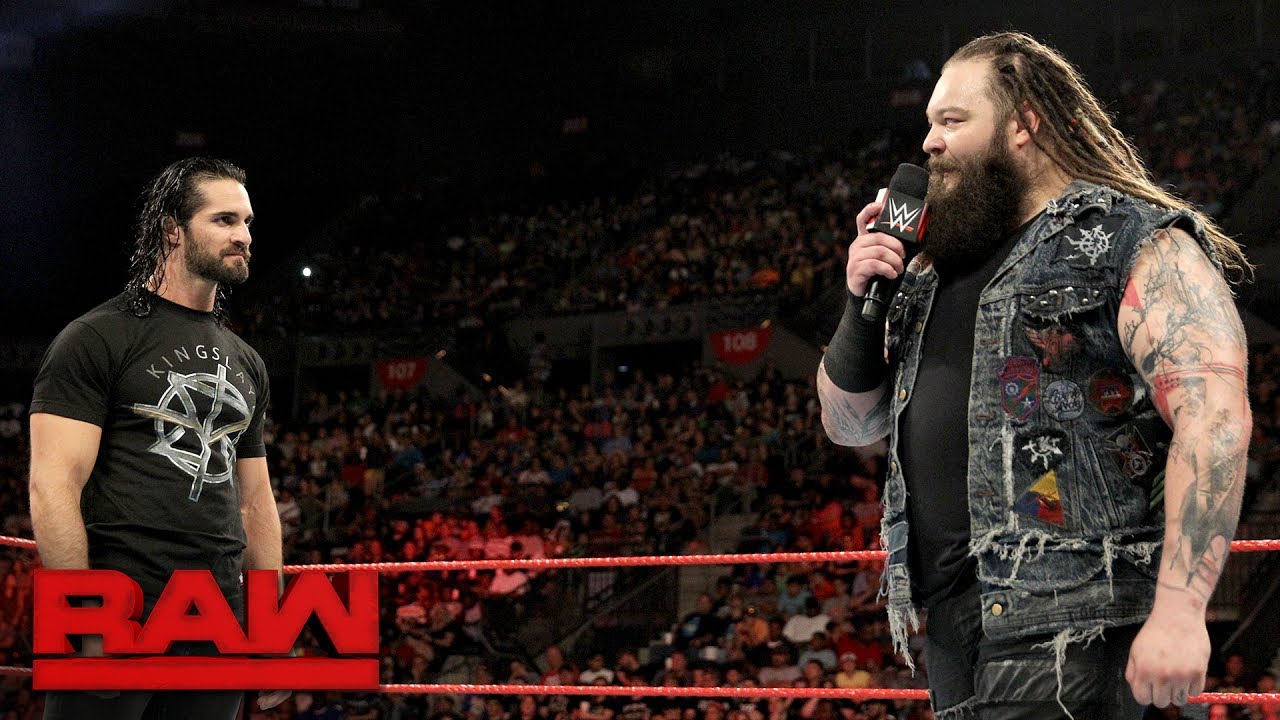 Bray Wyatt came out to talk about Seth Rollins on Raw. He basically attacked Rollins because Rollins called him a false prophet. Rollins called him a coward for preferring to hide in the shadows and attacking. Bray then talked about Seth being beneath him. Honestly, they seemed to be grasping at straws to find a reason to feud. I’m not too interested in this one because these two guys have fought on and off for years during The Shield/Wyatt Family days and even more recently than that. It’s just not something that I’m excited about. 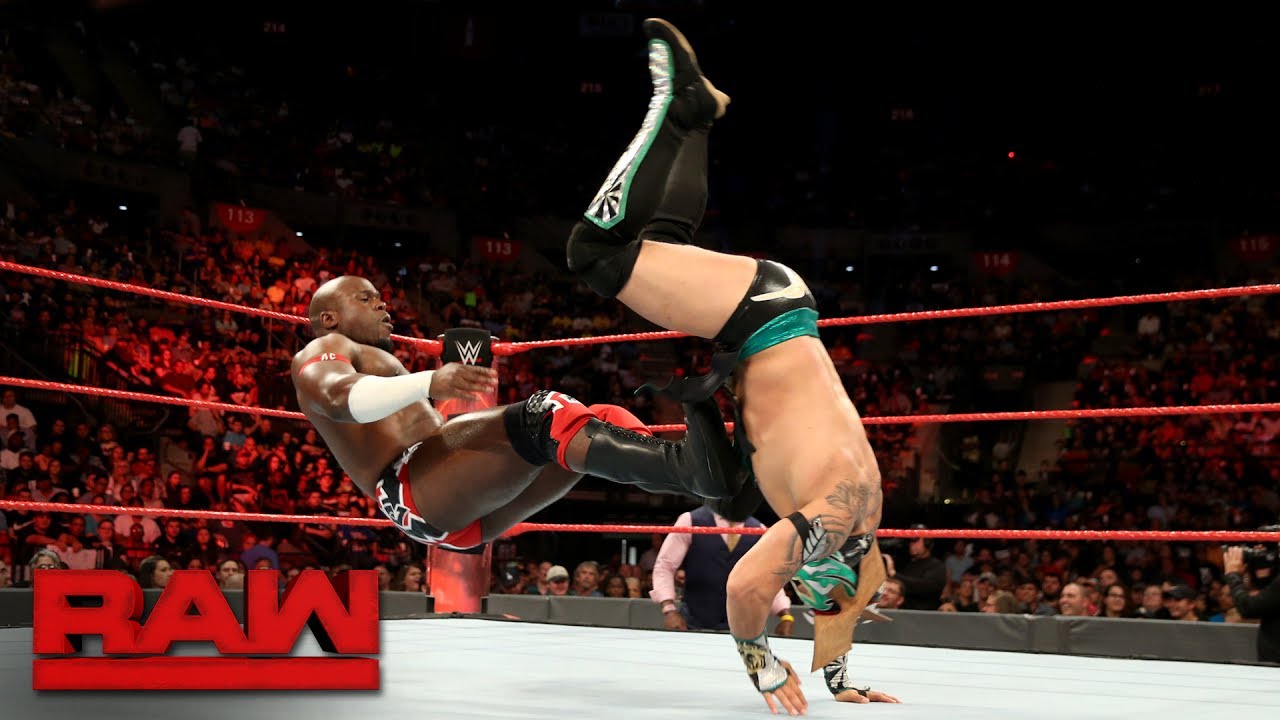 Titus O’Neil certainly has something interesting going on here with The Titus Brand. It started off comical, but it’s been gaining steam over the last few weeks. He had Akira Tozawa sitting front row to watch Apollo Crews defeat Kalisto after a distraction by Titus. They then all took a selfie in the ring, though Tozawa didn’t look too pleased with that. I’m still not sure what’s going to happen with all of this. It seems to be changing direction with each passing week and I just don’t know what to make of it. I think if that legitimately created a stable that it could be something viable. That seemed to be the way it’s going after this week, but we’ll have to wait and see. I do, however, like the inclusion of a Cruiserweight into a normal storyline.

Neville did address his loose affiliation to The Titus Brand by telling Tozawa to tread lightly. This looks to be our next Cruiserweight Championship feud which could be a good one. 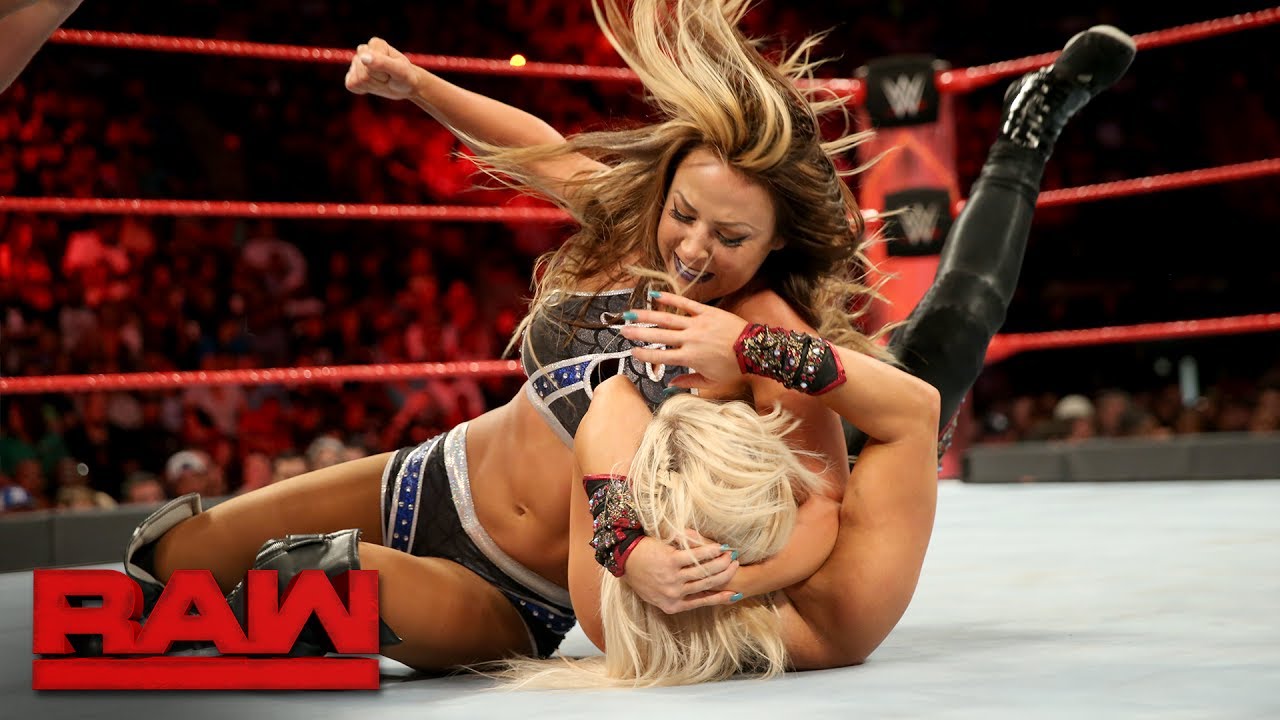 After defeating Bayley at Extreme Rules to retain her Raw Women’s Championship, Alexa Bliss was left without an opponent. In true WWE fashion, everyone came out to stake their claim at the title and we had a tag team match between the heels and faces. While I am happy that some of the lesser-utilized Superstars had a chance to get on TV, these tag matches do absolutely nothing but fill time. I was even more perplexed at the finish which saw Emma tapping out to Sasha Banks. Does it really make sense to give Sasha a title shot right now? I think WWE is having an issue with who to push with how the faces and heels are set up. 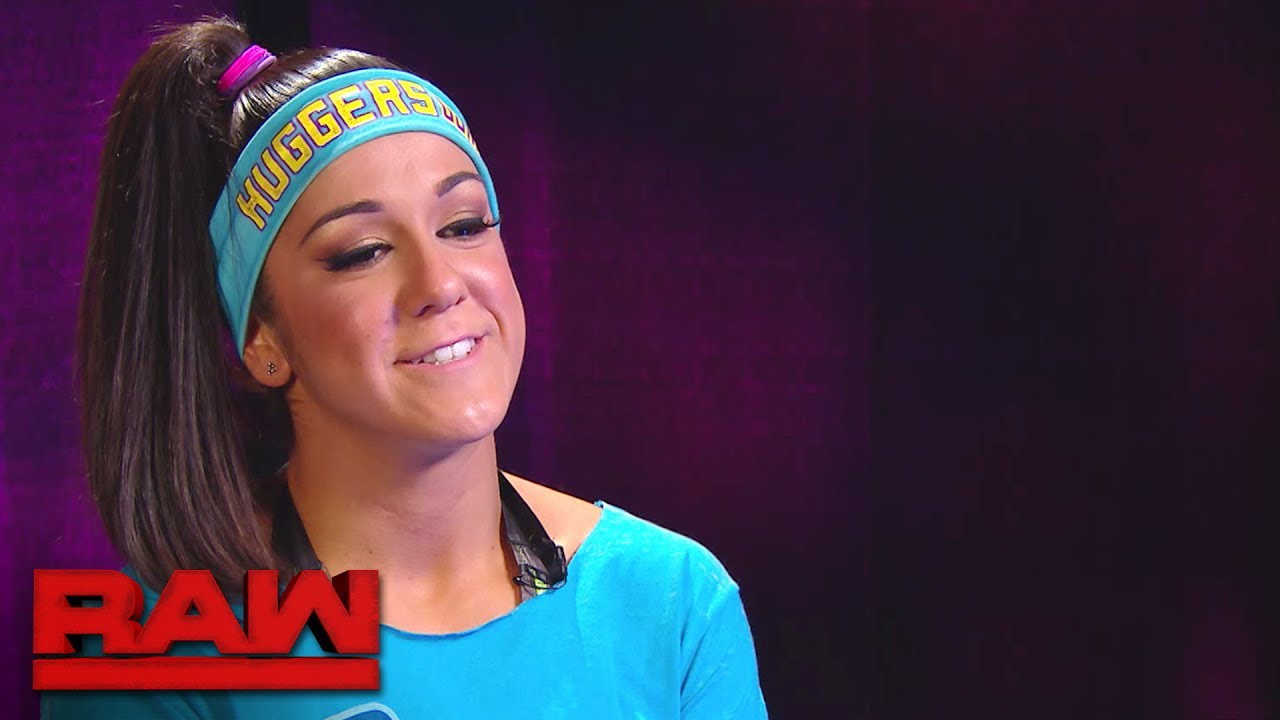 Bayley did a sit-down interview with Corey Graves following her loss at the PPV. She talked about not changing who she is to win a match. That’s something I find refreshing, it shows that she’s not going to modify her character, which she shouldn’t. She wants to regain the Raw Women’s Championship no matter how long it takes. I think this interview should calm everyone who is angry with how Bayley has been booked. I believe that there’s a bigger picture in mind for her and that she’ll be a major focus around WrestleMania season. 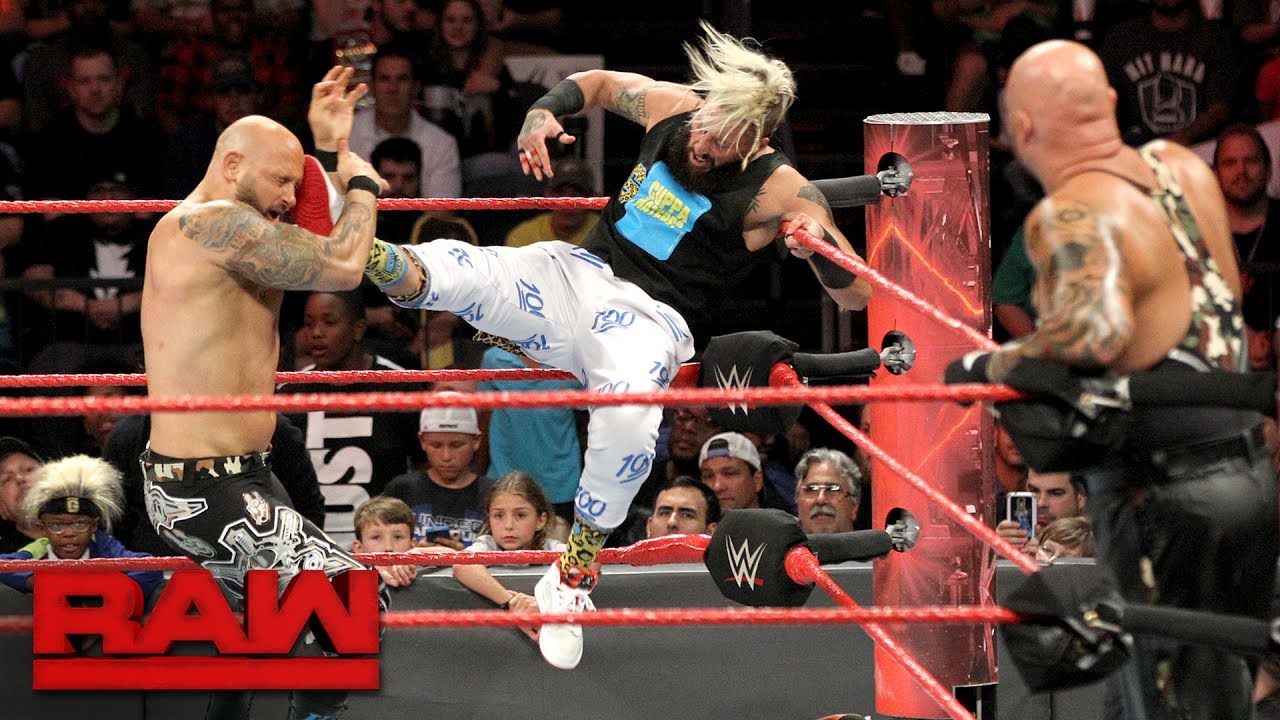 Big Cass was once again attacked backstage on Raw. The Revival were once again seen walking around right after, but I really think they’re just decoys at this point. Cass would gingerly go out for a tag team match against Gallows and Anderson only to end up losing after Enzo fell to the Magic Killer. They’d go for it again only to have Big Show make the save for Enzo while a furious Cass looked on. It is kind of convenient for The Big Show to always be there right when Enzo needs him.

A Classic For The Tag Titles 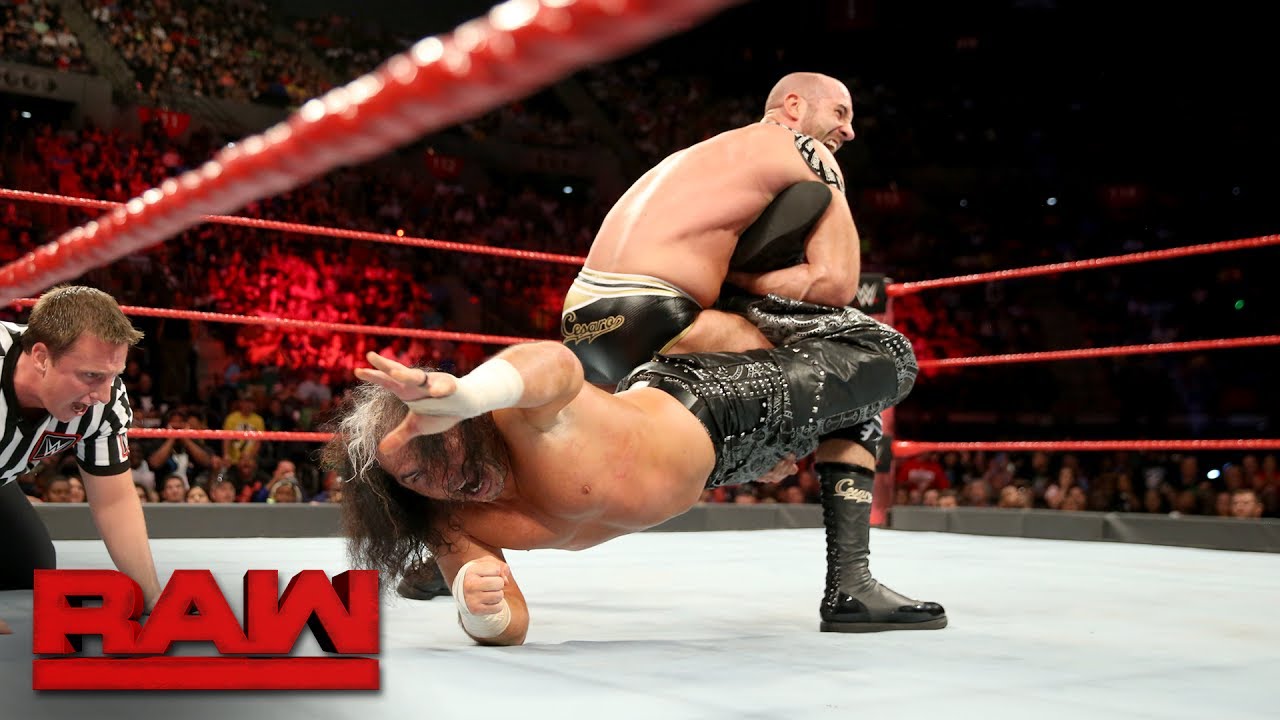 The Hardy Boyz and Sheasaro has a classic 2/3 Falls Match for the Raw Tag Team Championships. I can’t remember the last time the tag titles main evented Raw so this was pretty special. I expected more of a final conclusion than we got, though. With the match tied 1-1, both teams were counted out resulting in a Draw. This feud obviously isn’t over and these two teams will likely have one final battle at Great Balls of Fire in which I’d expect Sheamus and Cesaro to retain.

Enough can’t be said about how much more prestigious these tag titles feel now that The Hardys have come back to battle for them. I’d argue that they did more in a couple months than The New Day managed to do in over a year. Quality of competition matters and that has never been more apparent than the last half decade when we’ve seen so many makeshift teams come and go. Hopefully, this focus will continue once The Hardys move onto singles runs.