The 6/14/2017 WWE NXT Analysis features my thoughts on the brawl between Asuka and Nikki Cross, Drew McIntyre, and The Authors of Pain.

It’s been a growing theme every couple weeks to see Drew McIntyre come in, beat an enhancement talent, and leave. It wasn;t much different this week as McIntyre beat Rob Ryzin in a fairly short match. Ryzin did last a little longer than most have, but it was more of the same. So my question is, when does Drew get an opportunity to start having matches with some of the bigger names? Hideo Itami is around, Kassius Ohno, Roderick Strong, Bobby Roode, or even Aleister Black. Matches like these help some of the upcoming talent, but I’m ready to see more of McIntyre and I think everyone else is as well. Kassisus Ohno is taking on Aleister Black next week, why not McIntyre vs. Itami?

The Authors of Pain Back Down 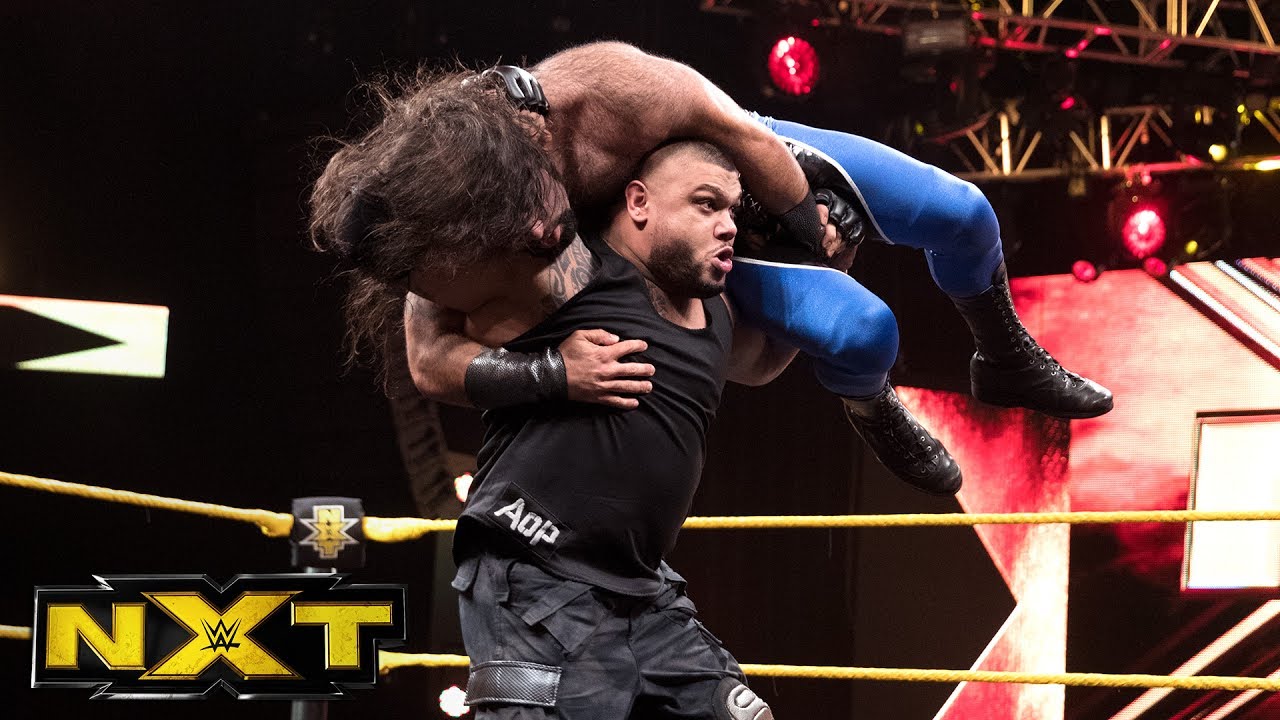 The Authors of Pain came out for a match with a couple enhancements guys and Akam ended up winning the whole match by himself. I don’t think I’ve ever seen a match like that before with one guy beating both men and never being touched once. It was an impressive way to book them and make them look like even more of a force. They hit the Super Collider after the match for good measure.

Paul Ellering talked about the Book of Dominance and how Heavy machinery won’t even be a footnote because they don’t match up. Heavy Machinery would come out and AOP would back down out of the ring. I don’t know what it is, but no matter how much they build up Heavy Machinery, the matches will never feel as special as they were with American Alpha, The Revival, and DIY. We were treated to some of the finest teams in the world in the last year and while Heavy Machinery is good, they’re not quite on that level. It makes me wonder who are going to take down AOP. My money is on TM61 when they return. 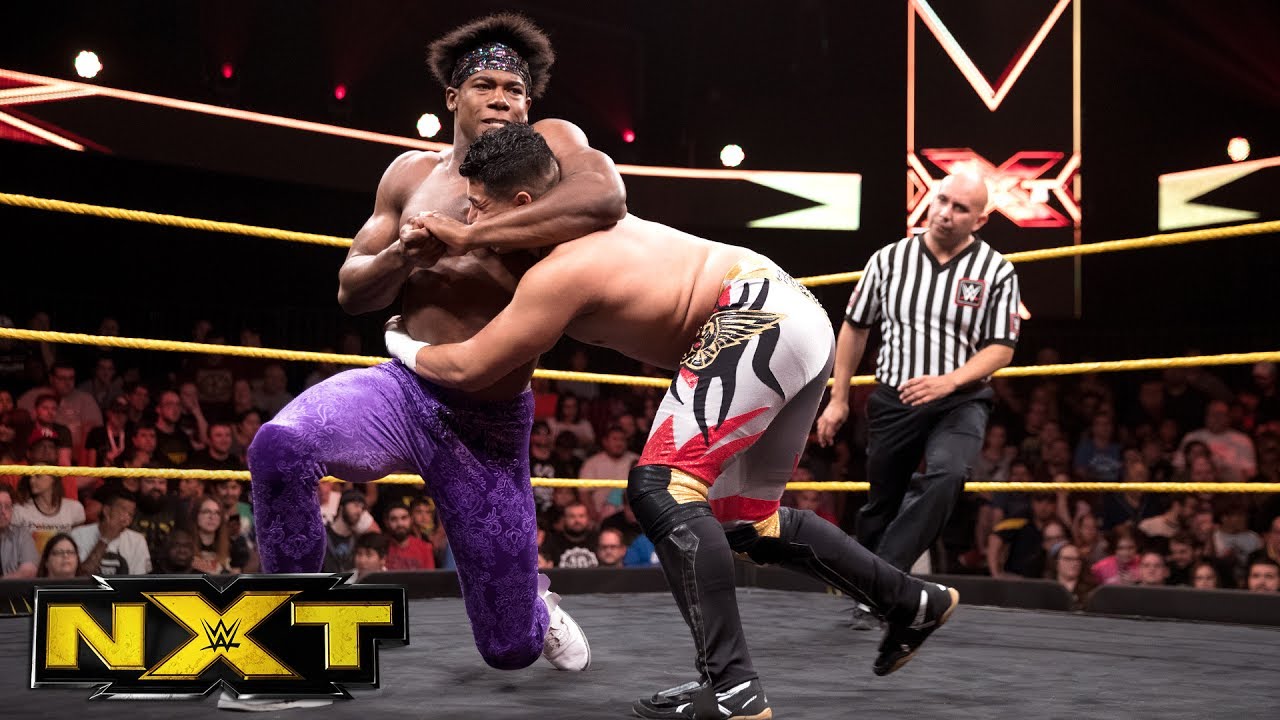 Velveteen Dream got another victory this week on NXT defeating Raul Mendoza. Dream is reminding me a little bit of Macho Man Randy Savage and a little bit Boy George. Mix them together and it’s a pretty close resemblance to Dream. I can’t see this character being taken seriously in the long term and I really think that’s what’s going to hurt him. Fans generally don’t buy into the flamboyant characters as much as legitimate champions. I’m still on the fence about him until we see what’s going to happen with him.

Asuka and Cross Do Battle 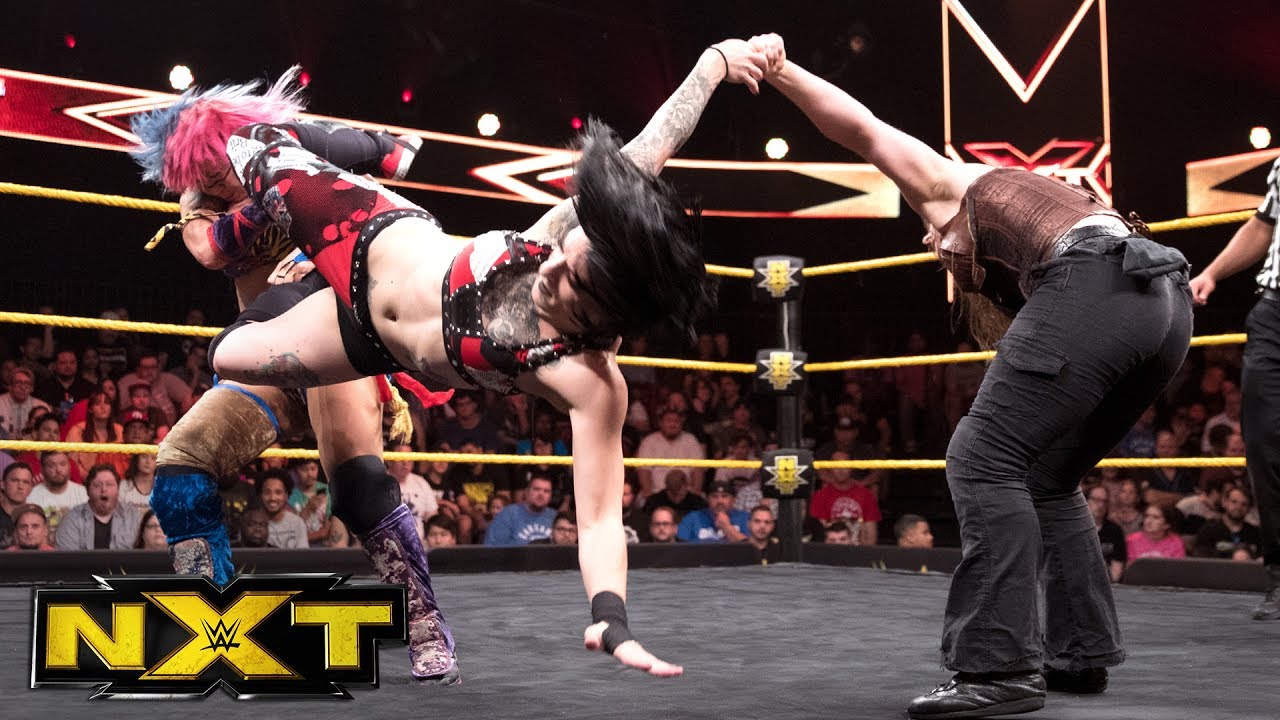 This week’s episode of NXT featured a Triple Threat Elimination Match for the NXT Women’s Championship between Asuka, Ruby Riot, and Nikki Cross. Ruby Riot would be eliminated first and that’s when everything went awry. Asuka and Nikki ended up fighting all over the arena ending up in the parking lot and smashing each other into the steel door at one point. They then came back into the arena and Nikki hit a crossbody on Asuka through a table from about 6 feet off the floor.

The fact that we haven’t seen Ember Moon insert herself into this feud yet makes me wonder if we’ll see another one on one match between Asuka and Cross before Asuka eventually faces Ember in Brooklyn. These two really seem to hate each other and it’s become a really interesting feud in my eyes. There’s consistently been some obstacle as to why Nikki doesn’t win the title, but everyone can see that she has the ability to do so. They’ve built up Nikki Cross so well over the last 6 months, I just don’t think she’ll get a chance to be champion until Asuka is done in NXT. Ember is the chosen one.