The 6/19/2017 WWE Raw Analysis features thoughts on the revelation of Enzo’s mystery attacker, the return of Braun Strowman, and much more! 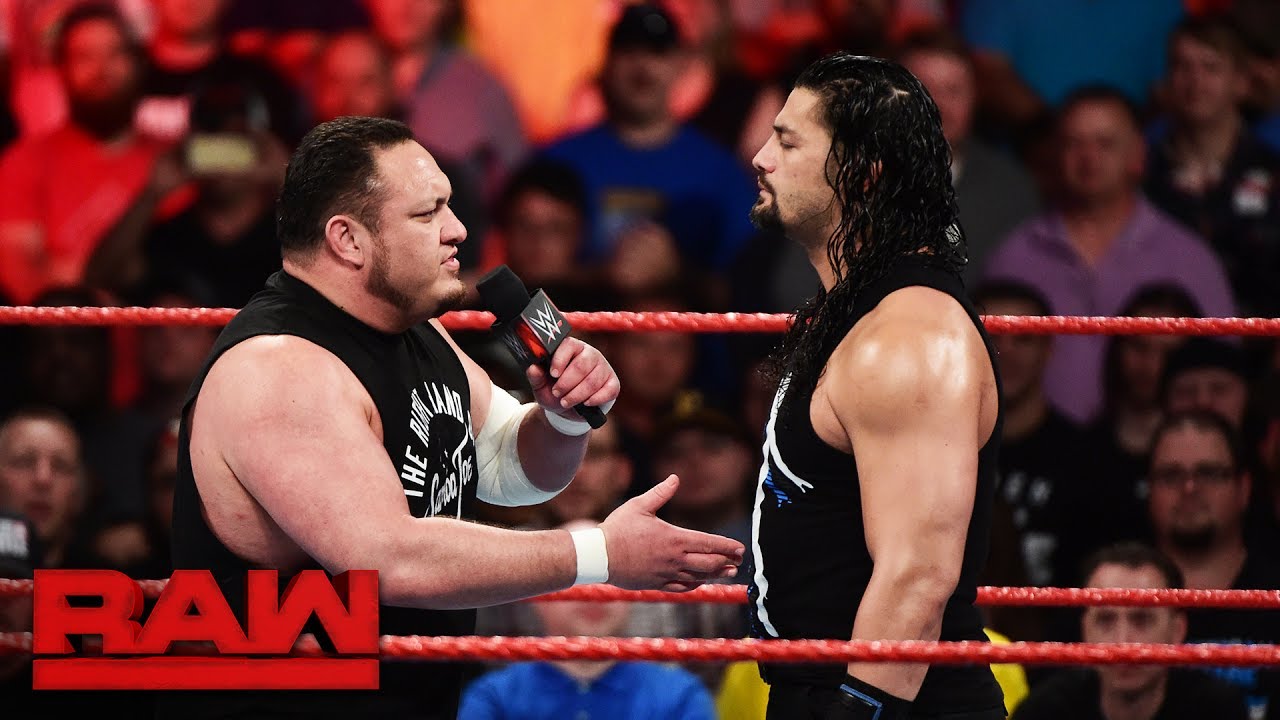 Roman Reigns kicked off Raw this week by saying that he would be the #1 Contender to whoever holds the WWE Universal Championship after Great Balls of Fire. Roman said that it was his yard and he makes the rules. How do Superstars get away with coming out and doing whatever they want like this when there’s a storyline GM? It spits in the face of logical people.

Samoa Joe would come out to address the fact that Roman referred to him only as Joe. He took offense to that and reminded Roman that he had never beaten Joe before. The two would then brawl setting up a match for later in the evening. Roman got the upper-hand in that small brawl. I always hate when people battle before having a match later on because most times whoever wins the impromptu fight loses the match. Not every time, but it is a pattern I’ve noticed. 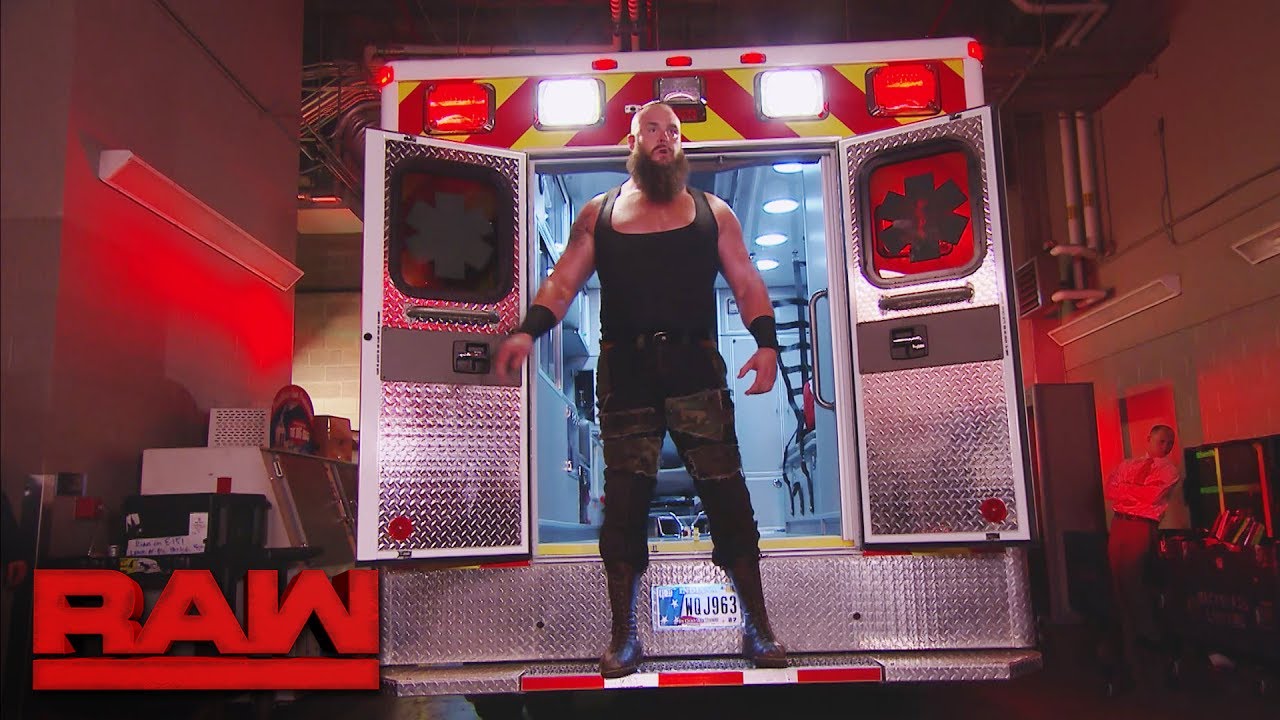 Braun Strowman made his unannounced return to Raw last night. He came out of an ambulance in the parking lot during the match between Reigns and Joe. Reigns was distracted long enough to get trapped in the Coquina Clutch. I think it was perfect timing for Strowman as I was getting sick of Reigns telling us how great he is. Strowman would come to the ring to beat down Reigns some more before challenging him to an Ambulance Match. I don’t love those type of matches, but it’s nice to see WWE bringing something back that we haven’t seen in years. It’ll help this match feel different from their previous encounters which were very good on their own.

The Hardy Boyz vs. Anderson & Gallows 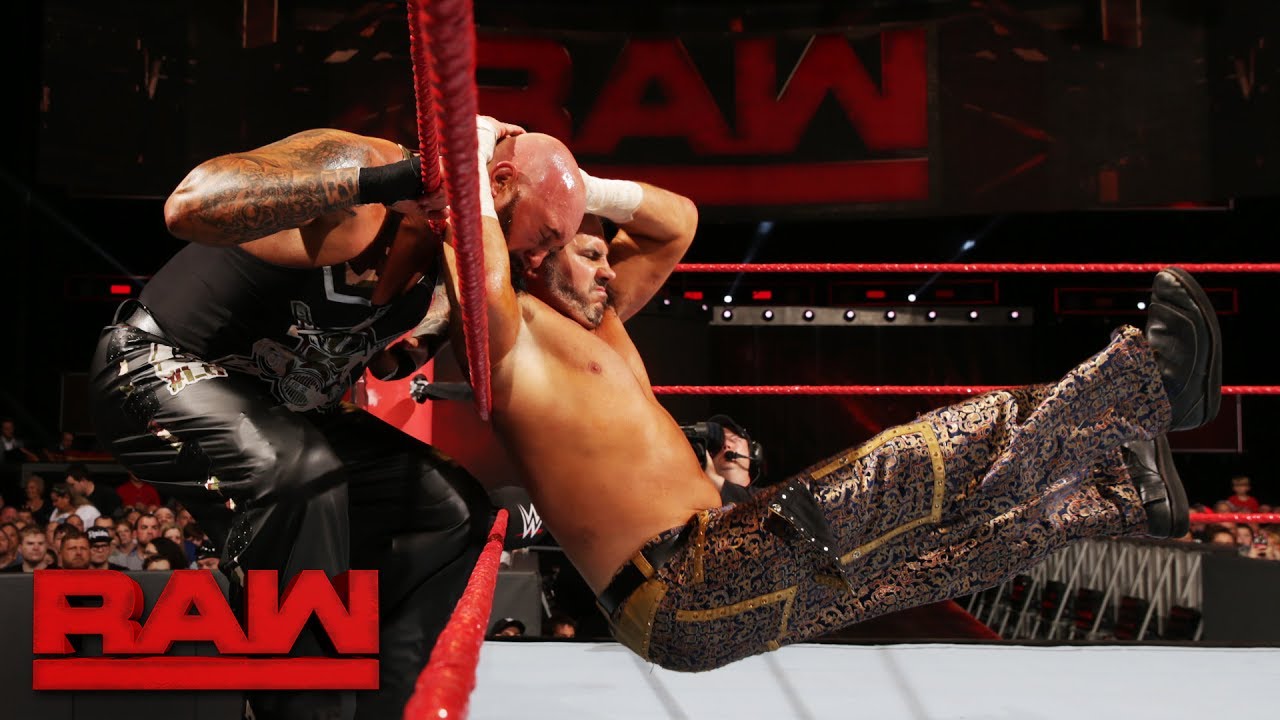 I don’t have a lot to say about this match. It wasn’t bad, but it’s more of the same. I think both of these teams are starting to feel kind of stale. The Hardy Boyz win each match the exact same with almost no variation. I like these guys a lot, but I’m a heck of a lot more interested in bringing the Broken Universe to WWE than this nostalgia act. They have more value as singles guys than tag team stars at this point in time and I think it’s time to commence breaking them up. The fans are still on their side and probably always will be, but I’m starting to get tired of the same act. They would get the victory with the Twist of Fate/Swanton Bomb combo.

Gallows and Anderson haven’t seemed like a threat for months, they’ve been completely generic. It’s like the creative team just stopped caring about them. These two are capable of so much more and I’m really annoyed that we have to watch them have meaningless matches, lose, or both each week. Have them be the terrible heels that they can be or better yet, have them align with Finn and create the Balor Club. This leads me to my next thought. 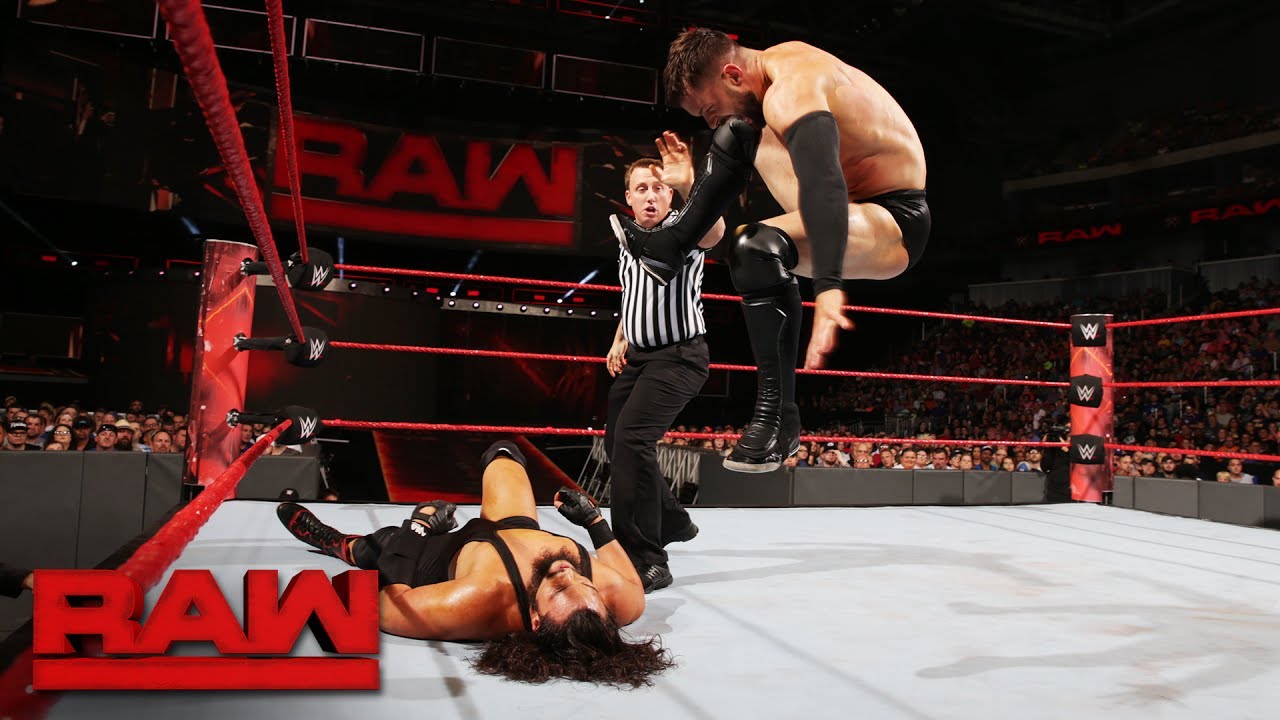 Elias Samson came out to run down the latest city, but Finn Balor would come out to interrupt. Samson would back out of the ring and Balor would stay for a match with Bo Dallas who was sporting a gritty new look. Dallas came out like a house of fire in this match and was downright brutal in the early going. It didn’t last long and Balor ended up winning with the Coup de Grace. But really, who cares? What does beating Bo Dallas do for Balor? He should be in main events are fighting Miz for the Intercontinental Championship, not having random quick matches.

Elias Samson would attack Balor backstage as he was having an interview with Charly. Samson told him to never upstage him again. I guess this could be something. I just think it’s more of a way to give Balor something to do while they have nothing for him. WWE is not using the talent they have effectively right now and both shows suffer for it. 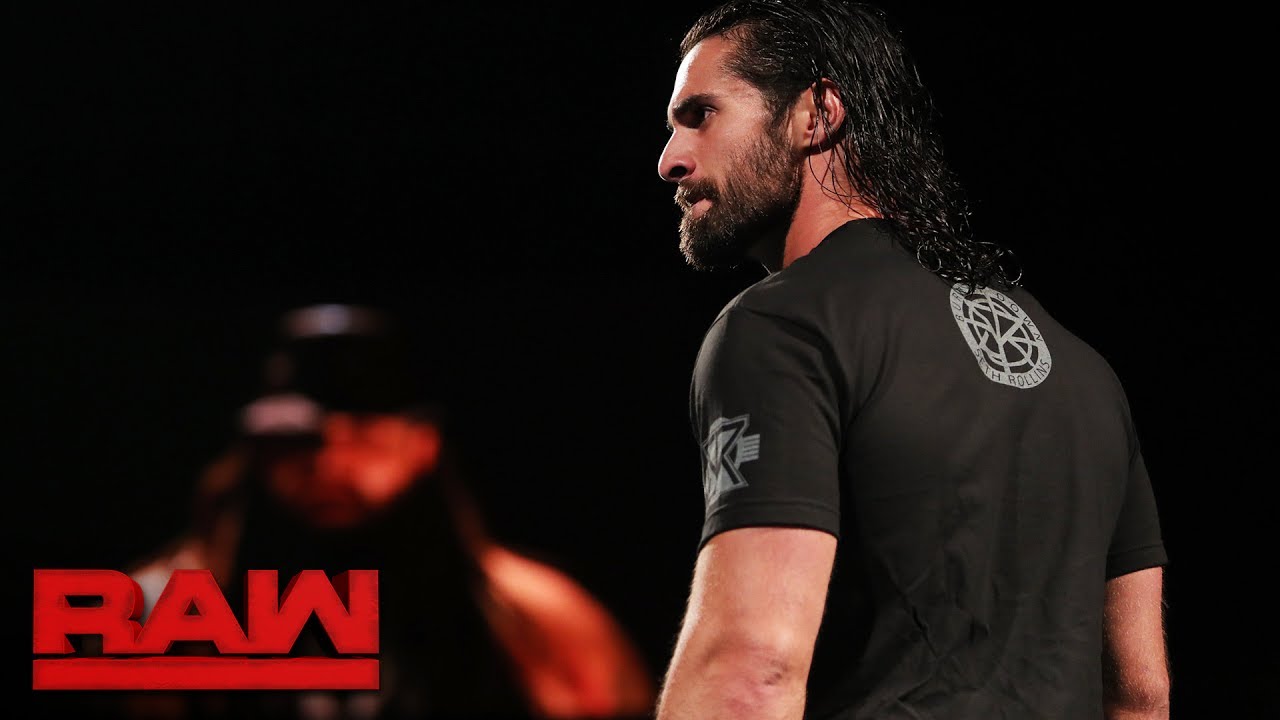 Seth Rollins came out to talk about being the new cover athlete for WWE 2K18 and the tagline, “Be Like No One”. He talked about being thankful the crowd gave him a second chance after burning so many bridges. Bray came on the screen to saying the Seth isn’t the good man that he claims to be. Seth once again questioned how Bray calls himself a god and Bray would come out to attack Rollins only to be attacked by Rollins as the lights came back on. This is a weird feud and it almost feels too similar to the Orton/Wyatt feud for me to care that much about it. As good as Bray is, he constantly says the same things and does the same things. He hasn’t reinvented himself and I think we’re getting to the point that he needs to.

Tozawa Coming to the Titus Brand? 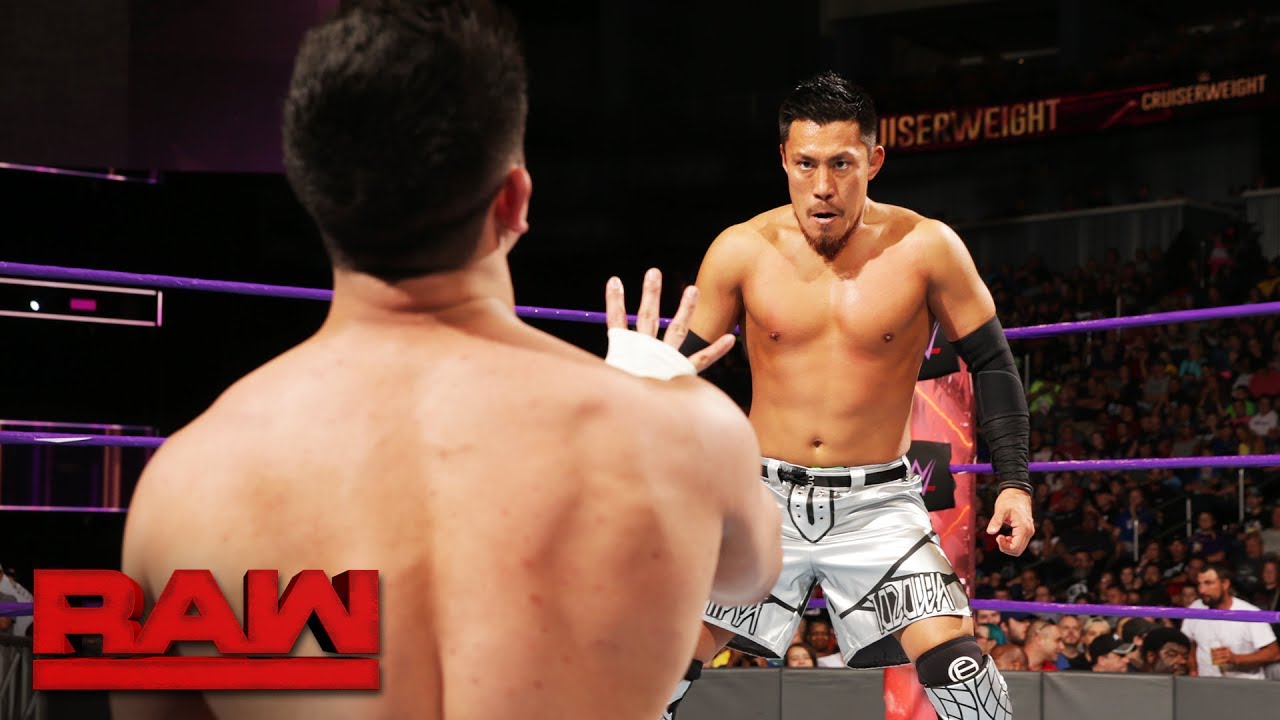 Akira Tozawa faced off against TJP this week in the latest edition of who cares? Honestly, something needs to change in the Cruiserweight Division. Adding Titus O’Neil in to bring some personality to the table was a cool idea except for the fact that no one seems to care about his character at all. This is obviously being done because Tozawa isn’t fantastic at speaking English (if he can at all). They need to continue to integrate the Cruiserweights into Raw to make things more interesting. There was no reason to segregate them to begin with. Oh, Tozawa did win by the way.

The Titus Brand Falls to the Champions 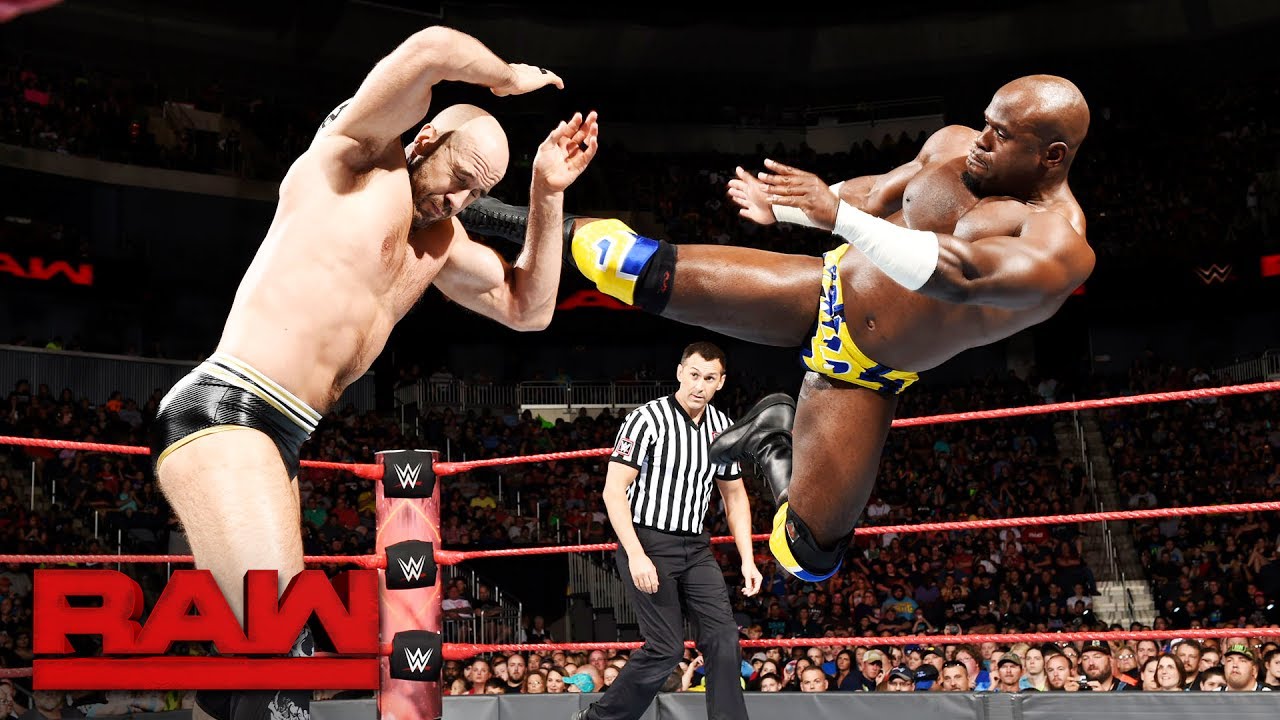 This short tag match did barely anything for anyone involved. The champions prevailed and there wasn’t really much to say about it. Poor Apollo Crews can’t seem to get out of job duty.

Disorder in the Raw Women’s Division 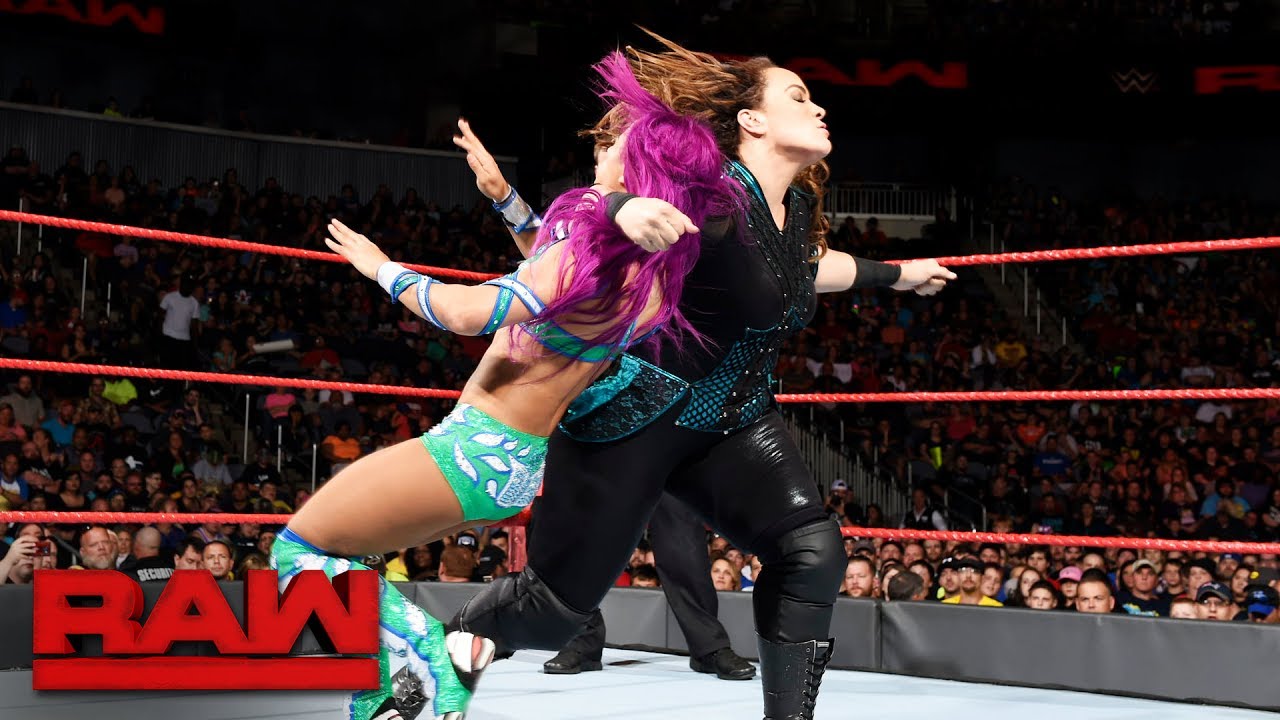 Sasha Banks and Nia Jax started to have a match until Emma tried to attack Alexa Bliss who was doing commentary. Alexa tried to hide, but Nia gave her to Emma who attempted a kick, but missed and hit Nia to cause the DQ win for Nia. Then the rest of the women started to filter out and we had one big stand off between the heels and faces again. As usual, Raw has no idea what to do with their women so we just see the all battle for no real reason each week until they decide to create a new storyline. These ladies deserve better. Charlotte and Sasha fought for months and it was interesting, how hard is it to make another feud like that? Apparently very hard according to the creative team. 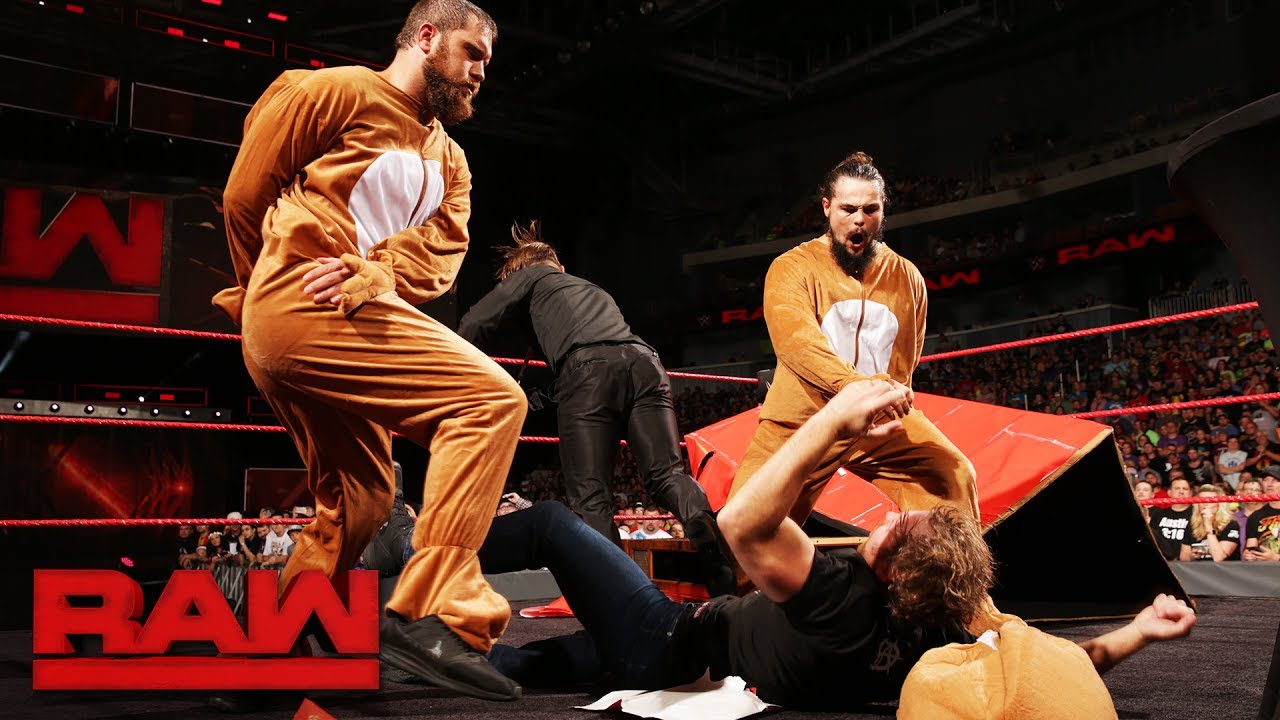 The Miz criticized Curtis Axel and Bo Dallas for what they’ve become in a backstage segment. He told them that they should be in his entourage so they can be stars. Later on in the evening, The Miz tried to apologize to Maryse for breaking the grandfather clock and knocking her off the apron. Dean Ambrose would crash the party only to be beaten down by the two bears in the ring – Dallas and Axel. It was a great moment and if this can bring these guys back to prominence, I’m all for this. This is the type of outside the box thinking WWE needs to start using. If you have a bunch of stars, create some stables and let people break out. There’s enough talent right now that I really don’t think Raw specifically can figure out what to do next. There are too many options.

The Attacker is Revealed

For weeks, Enzo and Cass have been attacked backstage in a variety of areas. The main culprits centered around Big Show and The Revival. Kurt Angle set out to find out who attacked them once and for all and ended up getting the answer from Corey Graves who had footage from the backstage area that showed Big Cass staging the attack on himself. The attacker was none other than Big Cass who made a big heel turn.

I suspected that Big Cass would be turning heel. Let’s be honest, Enzo and Cass were never a good team. They were entertaining, but they weren’t going to be record-breaking title holders. Their routine was getting old and I think it was time to see what Cass could do on his own. I have a lot of respect for Enzo in all of this who looked genuinely shocked at the revelation, a tear even dropped down his face. Cass then went on to call Enzo dead weight and tell him that he’s wanted to hit him for a long time because of all the smack he talks. He capped it off by kicking Enzo in the face. It was a fantastically done segment and I’d strongly advise watching the whole thing as both guys did a great job telling this story.

I do believe there’s such thing as too much talent. The Raw brand has that problem right now. You can see they have no idea what to do with half their stars and it’s hurting the show a lot. Finn Balor isn’t doing anything, Bayley, The Revival, etc. Things need to change in a hurry if Raw hopes to capture my attention weekly.