The 6/27/2017 WWE SmackDown Live Analysis features our thoughts on the Women’s Money in the Bank rematch and the return of a specialty match. 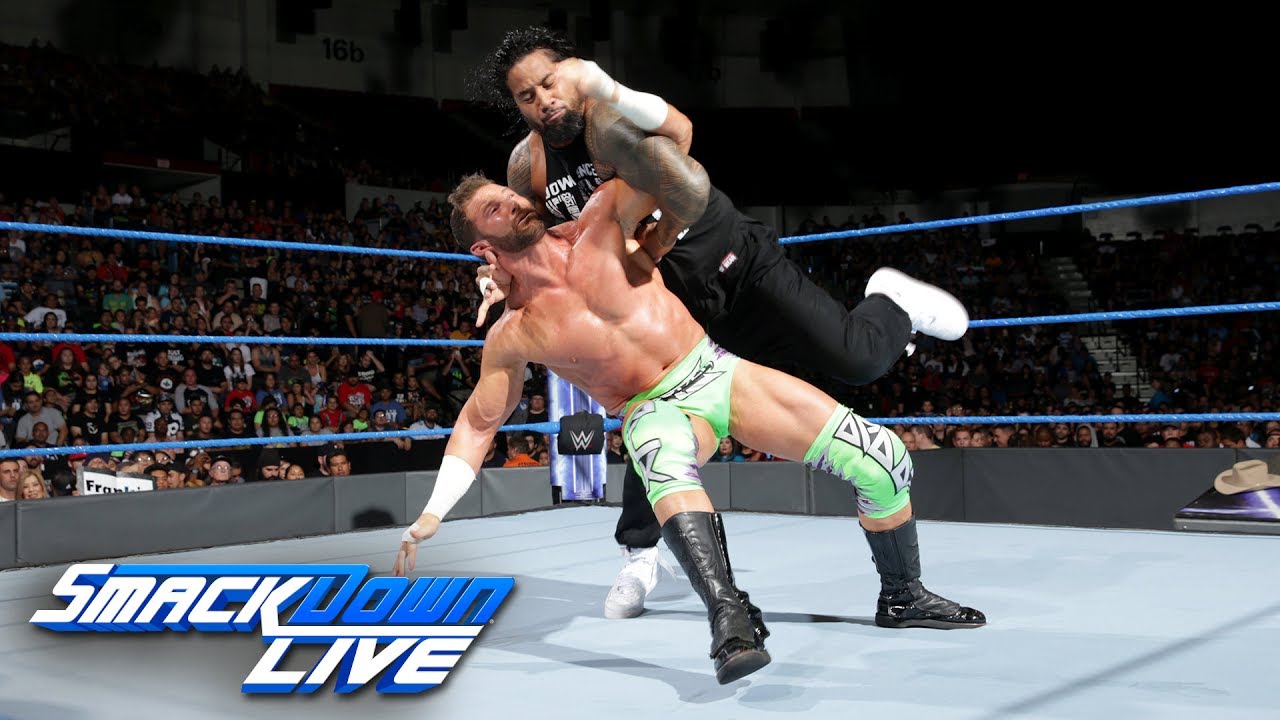 The Hype Bros got their shot to retain their #1 Contender status from before Zack Ryder got injured this week on SmackDown Live. All they had to do was beat the SmackDown Tag Team Champions, The Usos, in a non-title match. They weren’t able to do that so that puts things to rest. I’m glad they addressed this loose end, but it really seems like the Hype Bros were just treated like an afterthought. It was obvious it would be that way considering The Usos are locked in a feud with The New Day right now, but what would it have hurt to have The Hype Bros making this feud a 3-way feud. I don’t think WWE

I don’t think WWE has any plans to continue this team and it’s likely they will go their separate ways soon. I’d turn Ryder heel on Mojo for whatever reason and start a 2-month feud. That would get both guys going and it would be a logical story to tell.

The New Day came out after the match to challenge The Usos to a championship match at Battleground to which The Usos accept. So it looks like we’ll get a rematch of the fantastic match these two had at the last PPV. I’m all for that, I think these two work well together and it’s been the first time I’ve been really interested in the SmackDown tag titles in quite a while. I just hope this streak of good things continues, but that involves building some of these other teams up which SmackDown hasn’t done a good job of lately. There’s The Usos and New Day, and then there’s everyone else.

Fashion Vice with The Ascension

Breezango attempted to play good cop/bad cop while they were interrogating The Ascension about who messed up their office. The problem was that both of them were playing good cop. They brought out the stick figure drawing and bribed them with “two tickets to paradise” which were a couple Eddie Money tickets. Konnor then said they only listen to grindcore metal. Tyler then asks if they’re thirsty and brings out iced tea and a cheese platter. The room ended up trashed again near the end of the skit as The Ascension are enjoying the iced tea, cheese, and Eddie Money tickets.

These skits are actually getting better and better since I was critical of the one a few weeks ago. They’re getting funnier and more creative the more they do. I really think Breezango is carving a nice spot on SmackDown Live for themselves and I’m interested in learning who has actually been trashing their office these past few weeks. 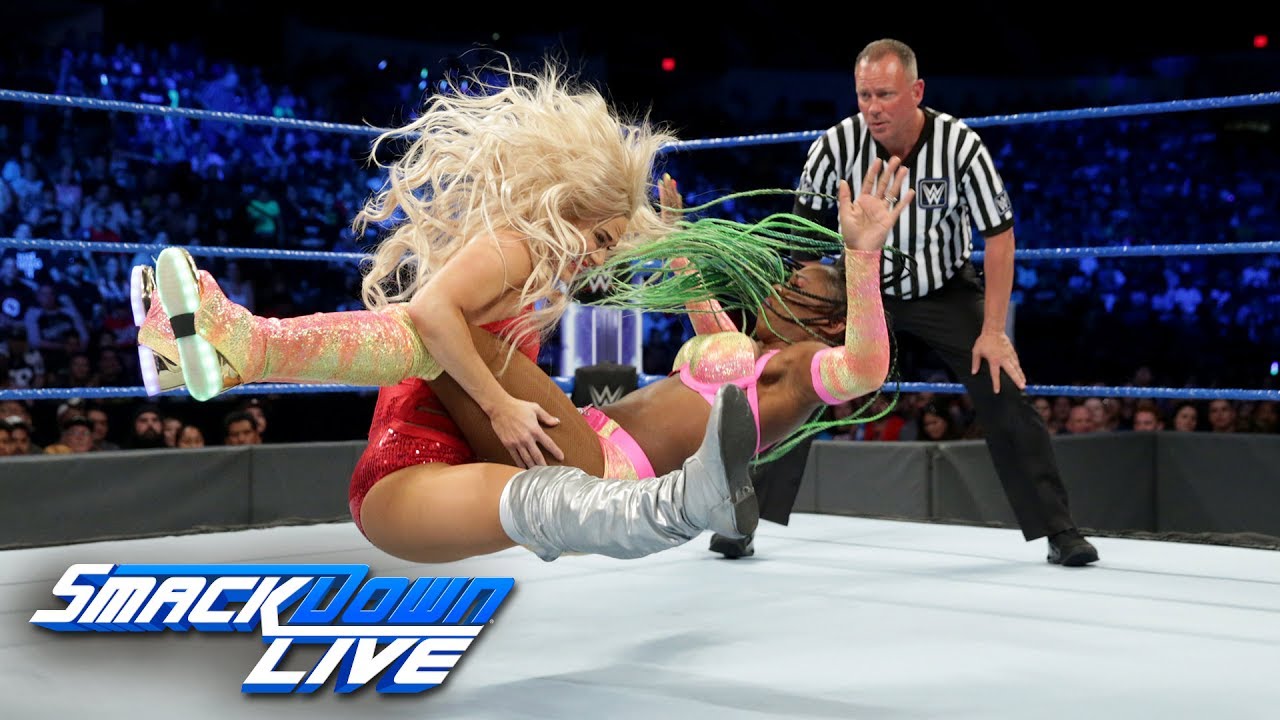 After they had a pretty good match at Money in the Bank a couple weeks ago, I expected more of the same this week. That’s not what we got with this SmackDown Women’s Championship rematch. Instead, we got a crappy one minute match where Lana hit her finisher, Naomi kicked out, and then she hit a Split-legged Moonsault for the victory. That’s it. Nothing more to see there. I do think that Lana needs to work her way up, but if she’s already getting that other championship rematch, why not have it run longer than a cup of coffee? 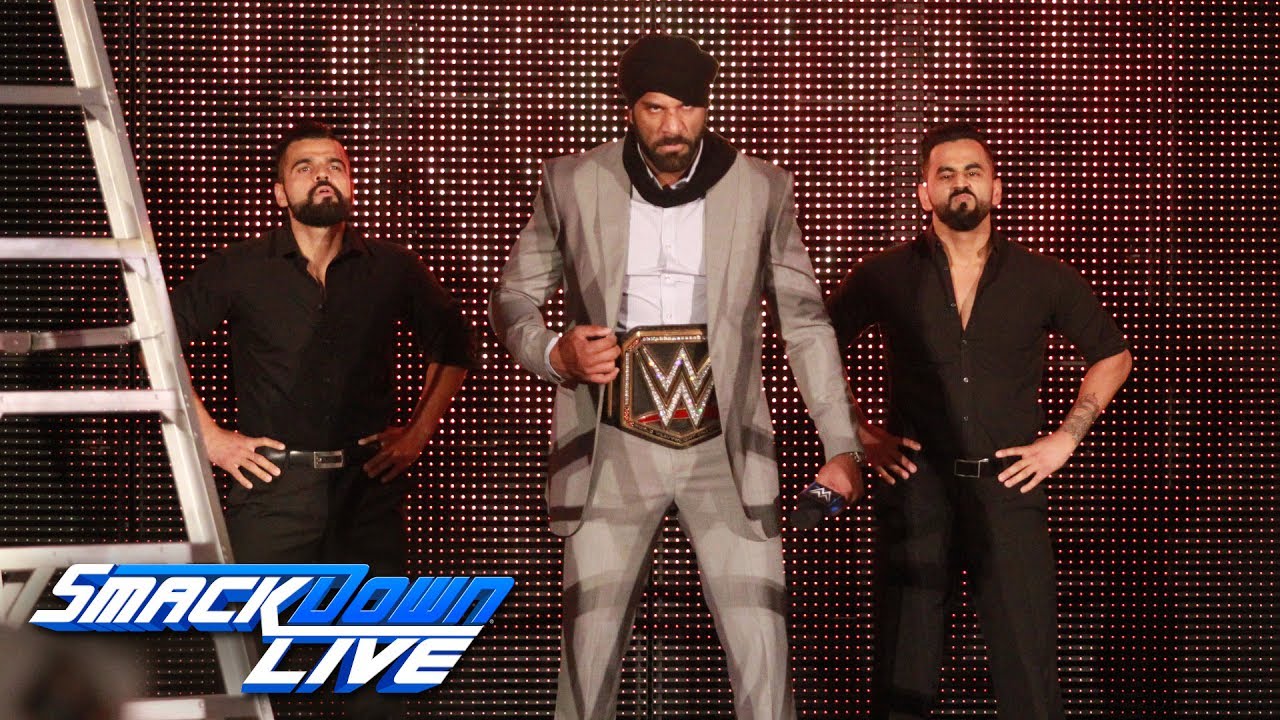 Aiden English came out on SmackDown Live and was promptly given an RKO by Randy Orton. Orton said he wasn’t leaving until he gets his title match. Shane McMahon would grant him that much, but he gave Jinder Mahal the choice of stipulations. Jinder chose the Punjabi Prison match. For those who don’t remember, this is the match where there are cages of bamboo around it. It was strange and only used a couple of times. It’s an interesting thing for these two to be involved in and it may keep The Singh Brothers from interfering, so it’s definitely a cool idea. 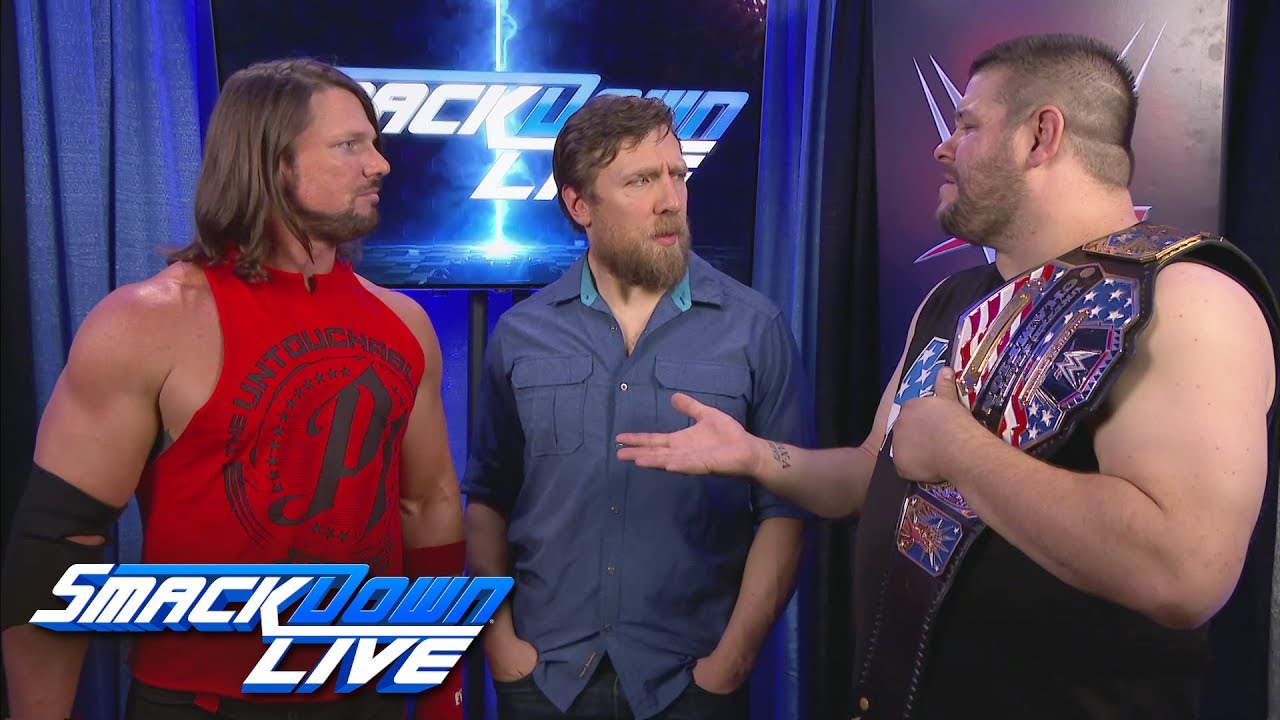 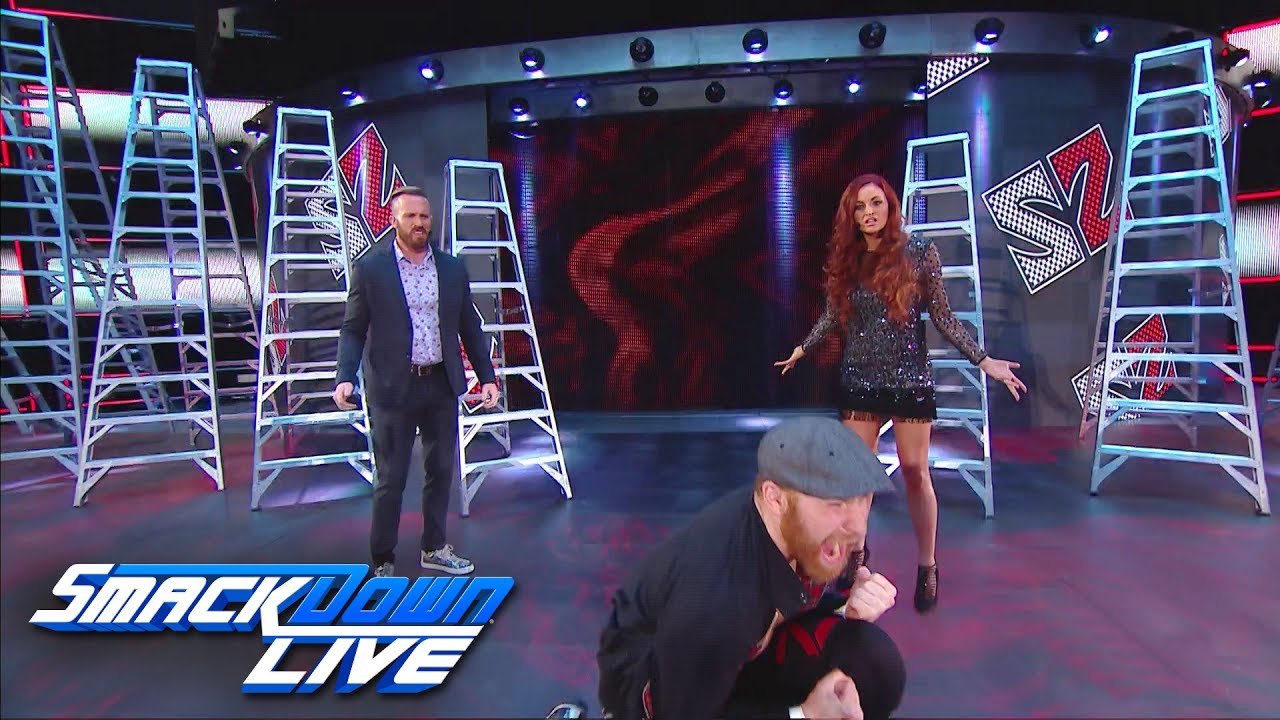 Maria and Mike Kanellis were interrupted by Sami Zayn making his entrance on SmackDown and it looks like that could be Sami’s next feud. It would make some sense and it’d be a great way for the heel Mike to be introduced to the audience. We’ll see what happens next week.

Sami would lose a good match against Corbin after being hit with End of Days. The story here actually wasn’t about Sami at all, though. It was about Shinsuke Nakamura who was watching in the back. Nakamura said Corbin is dangerous, but that he also fears what Nakamura can do. This will be a good feud for both guys, I just kind of wish that the title was involved. Who’s to say it won’t be in the near-future, Corbin is holding the briefcase…

The mess that has been the first-ever Women’s MITB Match finally came to a close last night as Carmella retained her briefcase by winning it fair and square. They did a great job throughout the night speaking to all the women and hyping it up, but in the end, it was underwhelming. I don’t know what it is, but I feel like the women are too afraid to hurt each other to make it something memorable. The ladder shots were really soft and there weren’t any really big spots. There were a lot of falls off the ladder, but it was nothing we haven’t seen 50 times by now. In a lot of ways, the ladies are victims of expectation. I expected more because the bar has been set so high.

I will say that the match wasn’t bad. There was constant action and James Ellsworth almost stole the briefcase for Carmella again before Becky crotched him on the ropes. In the end, it was a steel chair to Becky’s back that sealed the victory for Carmella. I’m really glad they didn’t change the winner. Carmella deserves this. She continues to improve week in and week out and by the time she cashes in that briefcase, she’ll be ready.

I’d hope that WWE has learned their lesson by now that you don’t have a bad finish to a history-making match. It diminished everything and I’d hope that they never do something like that again.