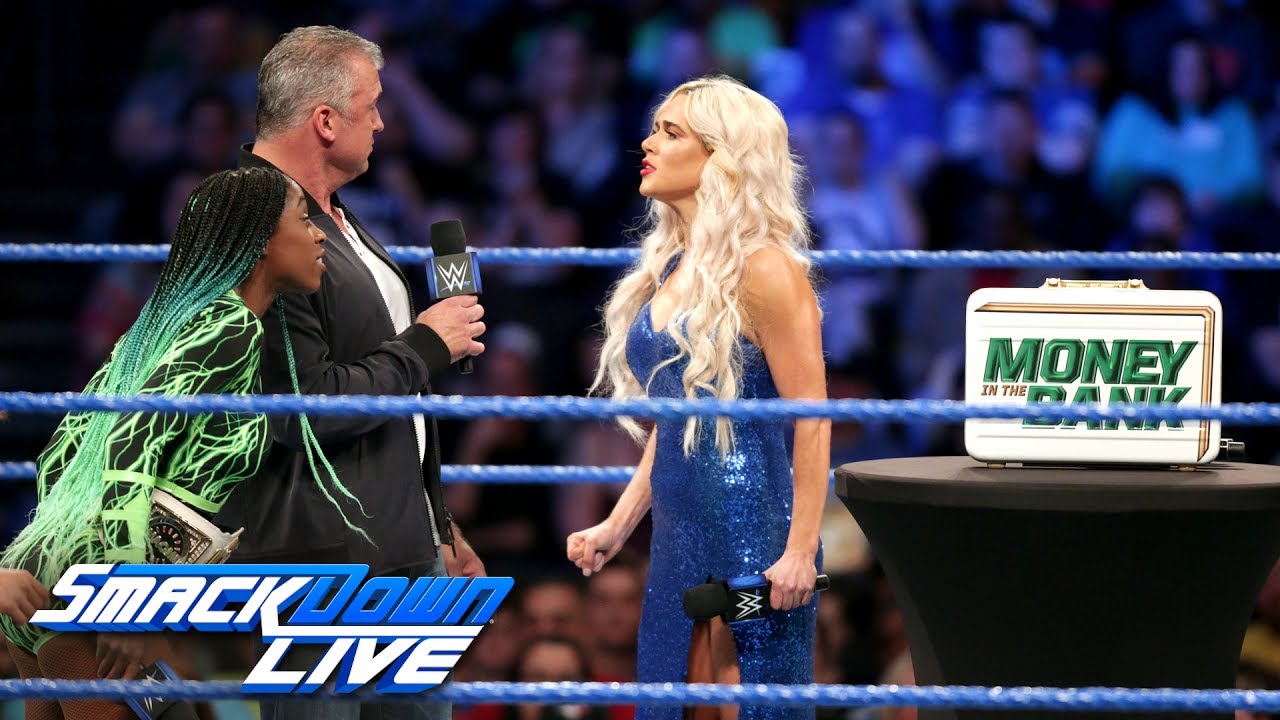 Lana finally made her SmackDown Live debut on this week’s episode after having weeks of vignettes. She interrupted a segment between all of the participants in the Women’s Money in the Bank Ladder Match. Lana tried to argue her point for a spot in the match and didn’t get very far with Shane McMahon as he said she had to earn it. It was interesting to me how she actually had quite a bit of fan support to be added to the match. I didn’t expect that at all.

Lana would interfere a little later on in the 6-woman tag team match. She slew-footed Naomi which led to Naomi being Superkicked by Tamina and losing the match. This led to Naomi asking Shane to make a match between her and Lana at MITB. She didn’t even care if a title match, so that’s what we’re going to see at the PPV. I think it’s a little early for Lana to be getting a title shot and worse than that, I can really see her somehow pulling off a victory to become the new Women’s Champion. It would be a huge surprise and that seems to be something that SmackDown is never shy about doing. She has the personality, but is the in-ring skill there? 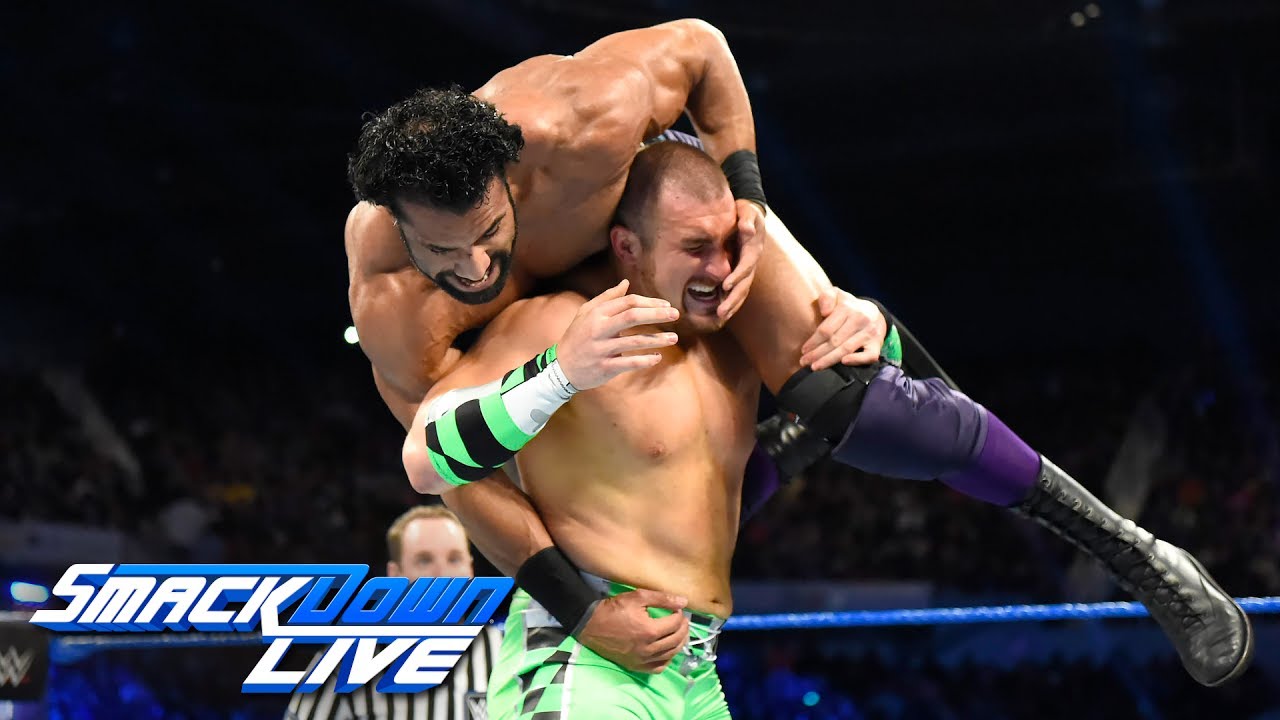 Mojo talked to Shane McMahon backstage and said he thought winning the Andre The Giant Memorial Battle Royale would open doors for him but that hasn’t happened. Mojo mentioned that he’s not in the MITB match even though he’s the one guy who has beaten WWE Champion Jinder Mahal. Shane would give him a chance to beat Jinder and a win would put him in the MITB match.

The Singh Brothers once again played into the match with a distraction. Jinder would win after using an eye rake, the ring post and then his finisher. This was a good way of playing into the recent history between the two men to create something new. It would have been nice to see Mojo get into the MITB match, but it really seems that WWE has cooled on his push after WrestleMania. I’m not really sure what the case is there, but this is the first time he’s been seen in quite some time. 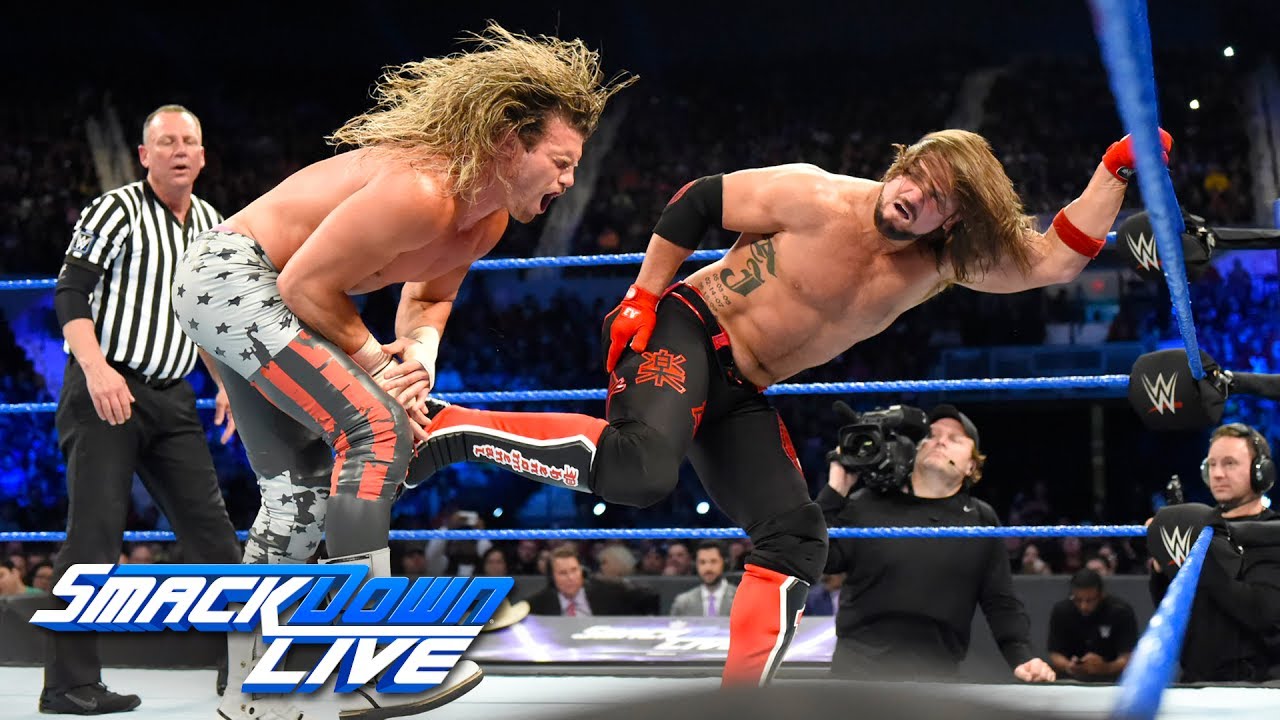 AJ Styles had a rematch this week after last week’s loss to Dolph Ziggler. Dolph took every opportunity to try and get a dirty pin but was unsuccessful each time. Styles got the victory with a Styles Clash. I think this might mean that the finish we saw last week was indeed botched and they tried to fix it by making the match this week. That was the rumour I had been reading and while it didn’t seem like it, it certainly makes more sense now. The good thing about Dolph is that one loss never seems to lessen his character, unlike most other Superstars.

The New Day Returns To Prominence

It was a good thing to get a little break from The New Day. Those guys had been one of the main parts of Raw for the entire last year and I think fans were tiring of the act. Spending that month or two away gave them time to be missed by the fans and for people to want that routine to come back. They’ve given that to fans the last couple weeks and it’s been as good as it ever has. 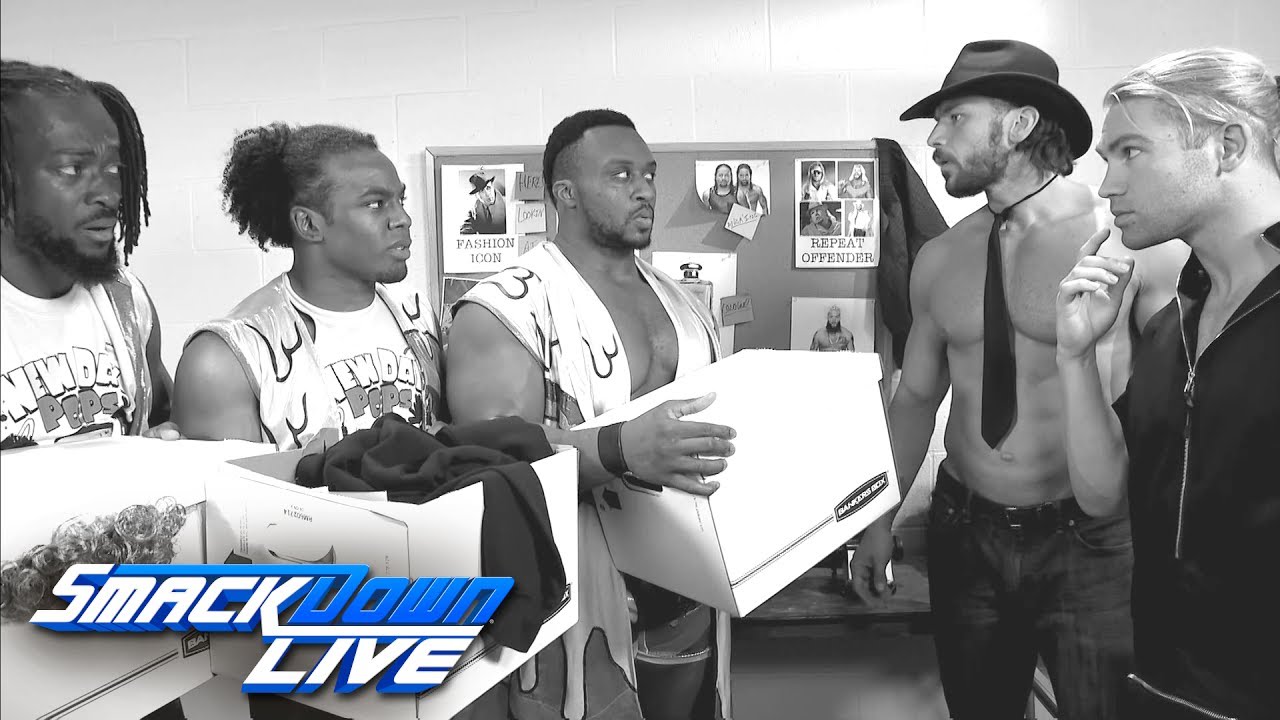 The New Day appeared on the latest Fashion Files with Breeze and Fandango. They played out the black and white style. They were there to get information on their opponents at MITB, The Usos. They even tried to bribe Breezango with merchandise. They would get their information and Breezango would continue talking in their own heads which led to The New Day backing out slowly. It was an oddly comical segment that wouldn’t have been as good without these guys. 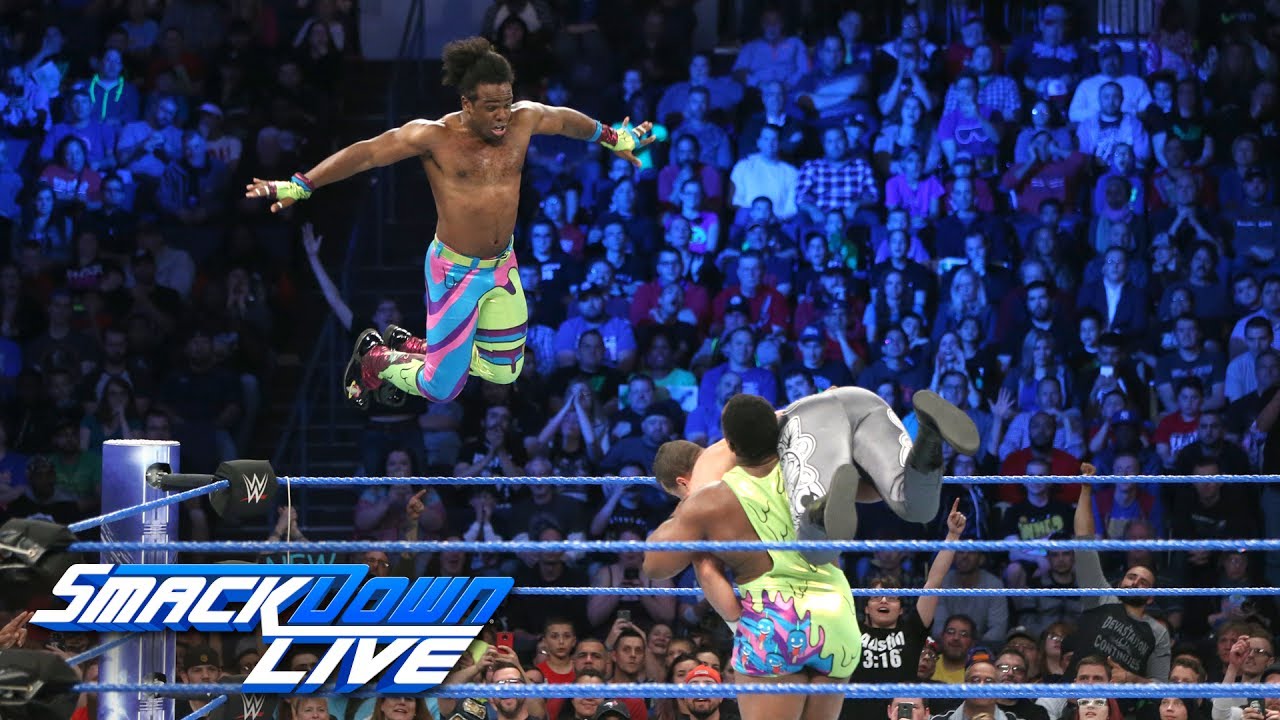 The New Day continued on SmackDown Live with a match against The Colons that they won with the Midnight Hour. The Usos came out to do their normal promo and make fun of certain aspects of each guy, including Woods’ wrestling boots. What I’ve enjoyed about them since coming back the most is that they’re more self-aware than ever. They don’t give other stars the satisfaction of a reaction to anything they say. It’s rare to see that in WWE and it gives them a different edge. 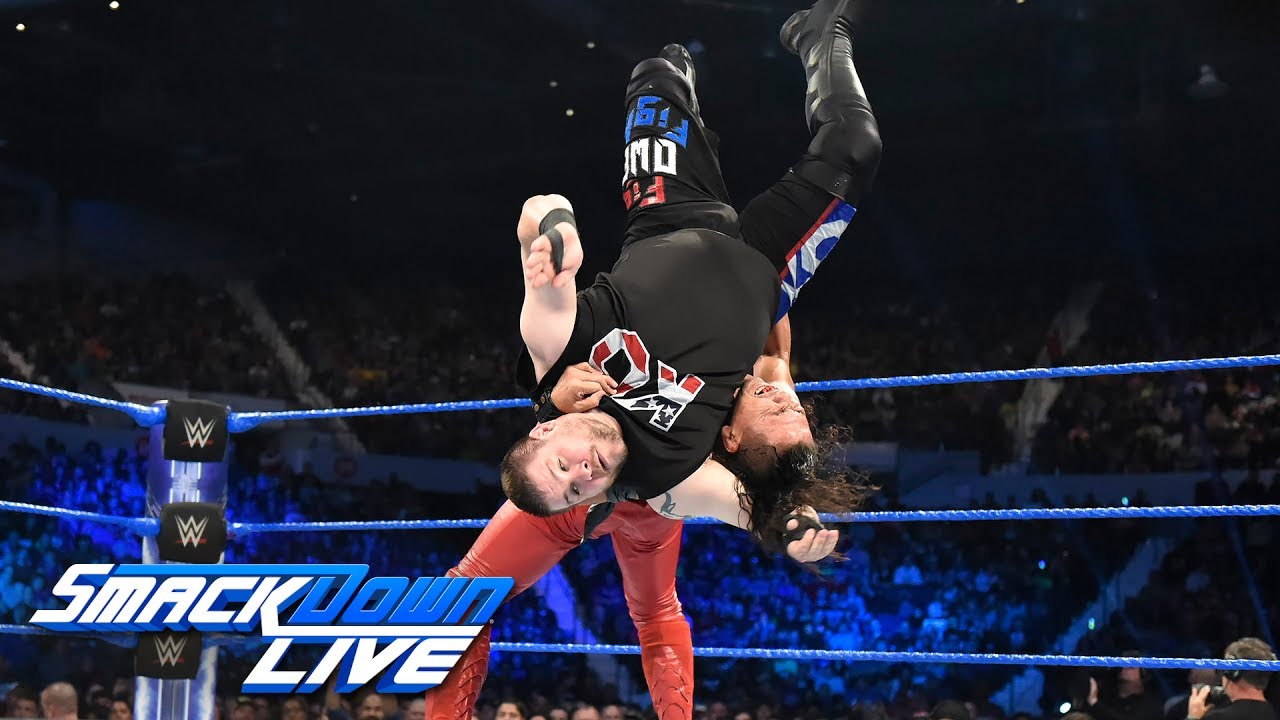 I don’t know what it is, but Kevin Owens has really seemed to be cooling off over the past couple weeks. He had a decent match with Shinsuke Nakamura, but ended up losing clean to him. This isn’t the Kevin Owens that I’m used to. Owens usually finds any way to win and pulls it out at all costs. In the end, it doesn’t matter and I’m sure Owens will be fine in the long-term, but it’s just weird how WWE can go hot to cold so fast with some of these guys. I’m sure part of that is solidifying the status of Shinsuke Nakamura, but we’ll see how things progress from here. He’s certainly dropped off from the level he was at on Raw. 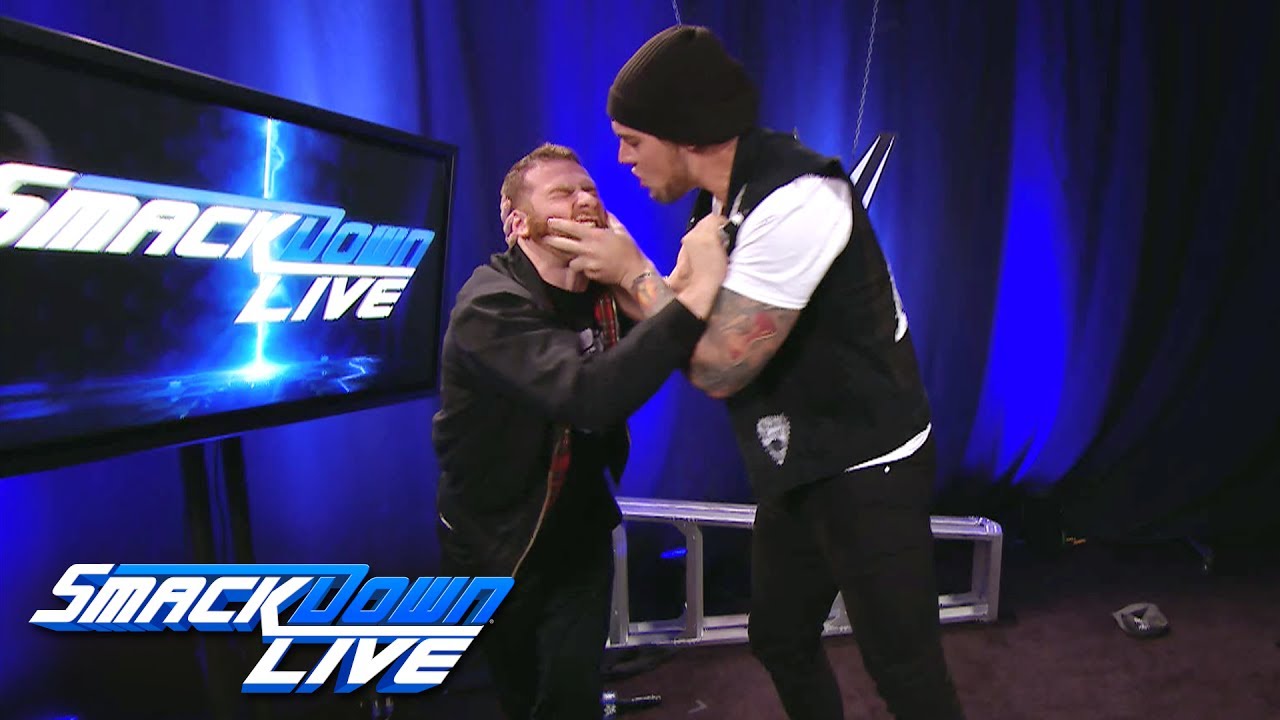 Baron Corbin had a great night on SmackDown, perhaps more than anyone else. Corbin attacked Sami Zayn during an interview early in the night and then Shinsuke Nakamura after his victory. Corbin was already my favourite to win the MITB briefcase and I think he’s even more of a favourite now. His evolution has been one of the best on SmackDown. He’s consistently made people notice him in promos, attacks, matches, big victories, and everything else. He’s not someone who gets forgotten about.

It was a passable episode of SmackDown. I thought it was weird that we only saw Randy Orton for a minute. Speaking of missing people, where in the heck is American Alpha? Yeah, let’s just put our top tag team on the shelf for a month just because. I think it’s difficlt to do much with the build to MITB right now and that SmckDown is struggling with that. Luckily, next week’s show is the last one before that event and I expect it to be a little more exciting than this show was.