This was a fun matchup to kick off this week’s episode of NXT. Heavy Machinery is really getting some fan support which is nice to see. They’re going to need to be a main player in the tag team division really soon. Now that DIY is no more, there aren’t any other credible face tag teams in NXT except for the inactive TM61 who should be returning shortly (there was even an AOP video package again likely because they don’t know where to go with the titles). They’d win this quick match with The Compactor.

The story coming out of this match was Lars Sullivan who once again beat down his partner after the match. What a great way to introduce a new character to the NXT Universe! Nothing gets the crowd interested in someone in wrestling more than a betrayal and this was the second time Lars has done that. We still don’t know much about this big man, but I’d say we’ll probably see him quite frequently with the way things have played out lately.

Roderick Strong came out on NXT to address his future. He talked about being happy about how the fans accepted him after watching the videos about his life over the past few weeks. He said that it was no longer Roddy vs. The World, it was Roddy, Marina, and Troy vs. The World (his family). He said his life is better than ever, but there’s one thing he needs – the NXT Championship. 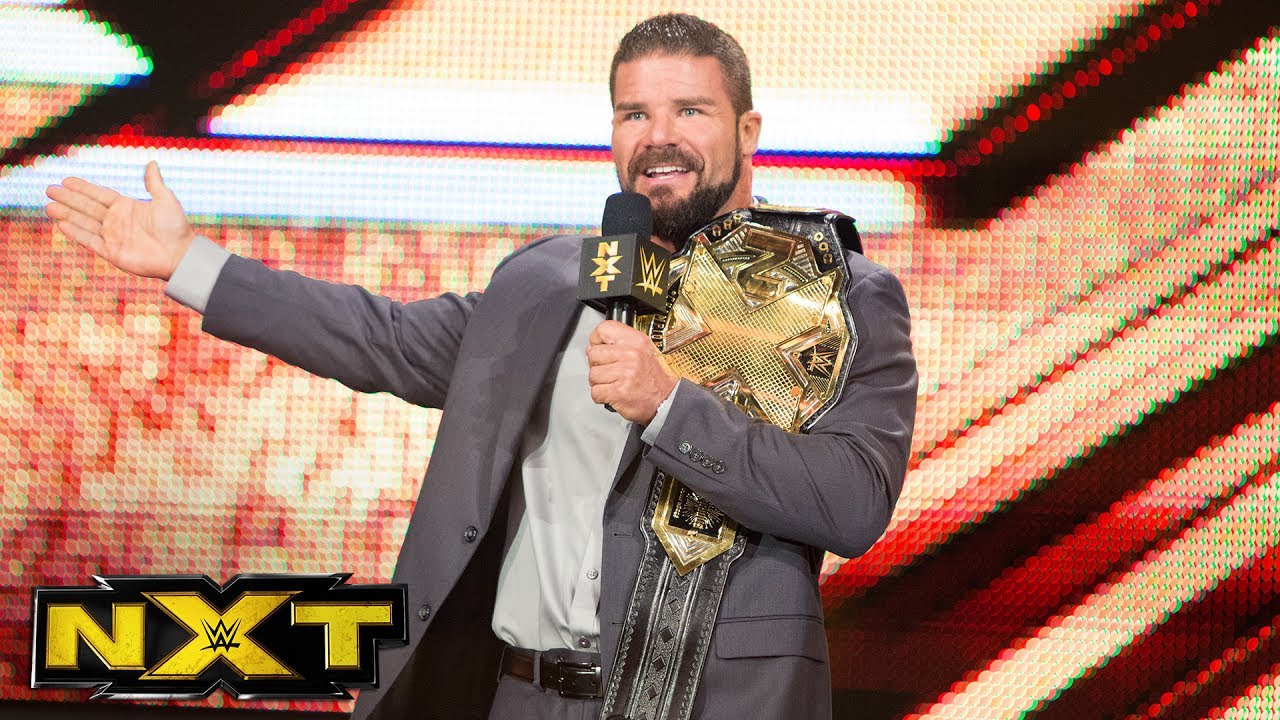 This brought out the champion, Bobby Roode. Roode said that he understands that Strong wants to be on the marquee and that diapers are expensive. He talks about Strong wanting to play the Bobby Roode Lottery hoping to get lucky and strike it big. Roode definitely plays his character perfectly and really makes it feel like he is on a whole other level. He told Strong not to play the lottery because he’s not man enough to win. I don’t know if Strong will be challenging for the title just yet, but his story could be one similar to Bayley to where he ends up winning the title after chasing it for ages. Strong is starting to get people truly invested in him and it would be a huge moment for him to finally win that title.

The former Crazy Mary Dobson, Sarah Logan, face off against Peyton Royce on this week’s edition of NXT. Logan’s gimmick seems to be slightly country, but it’s really hard to tell at this point. This was another quick match in which Royce pulled out the victory with a boot into a Fisherman’s Suplex. I don’t have much to say about Logan, but Peyton Royce continues to impress. She’s so easy to hate for so many reasons and yet she makes you want to watch what she’s going to do next. Couple that with the fact that she always seems to somehow squeak out a victory and I think she (and Billie Kay) are going to be substantial stars in WWE.

Hideo Itami has had a tough couple of weeks after failing to win the NXT Championship at Takeover: Chicago. I wondered what he might do now since it seemed like that was the only place to really go. I found my answer tonight. Hideo and Oney Lorcan had a really hard-hitting match, so much so that most of it looked pretty painful. By the end, Hideo itami hit his GTS 3 times and refused to pin Lorcan. This brought out Kassius Ohno who tried to talk sense into him before being pushed. Ohno pushed Itami back knocking him to the ground and then he left. The match was ruled a no-contest.

If this leads to Itami vs. Ohno, I’m all for that. I’ve been waiting for Kassius to get something important to do since he signed in NXT and it looks like he may finally be getting something. I think these two could steal the show in a match and I’m excited at the prospects of it. I also like Itami way better as a potential heel. There are enough face stars, the heel side needs a new one and he can fit that role well.

Ember Moon is Coming for the NXT Women’s Championship

Ember Moon did a quick interview talking about her injury and how she’s cleared to compete. She said she’d have to deal with Peyton and Billi before anything else. She also said that she would make sure that her next opportunity at the NXT Women’s Championship is THE opportunity. Ember is always blunt when she speaks and I like that. She’s one of the few people that can give you a good promo in 15 seconds.

No Way José Returns to Action 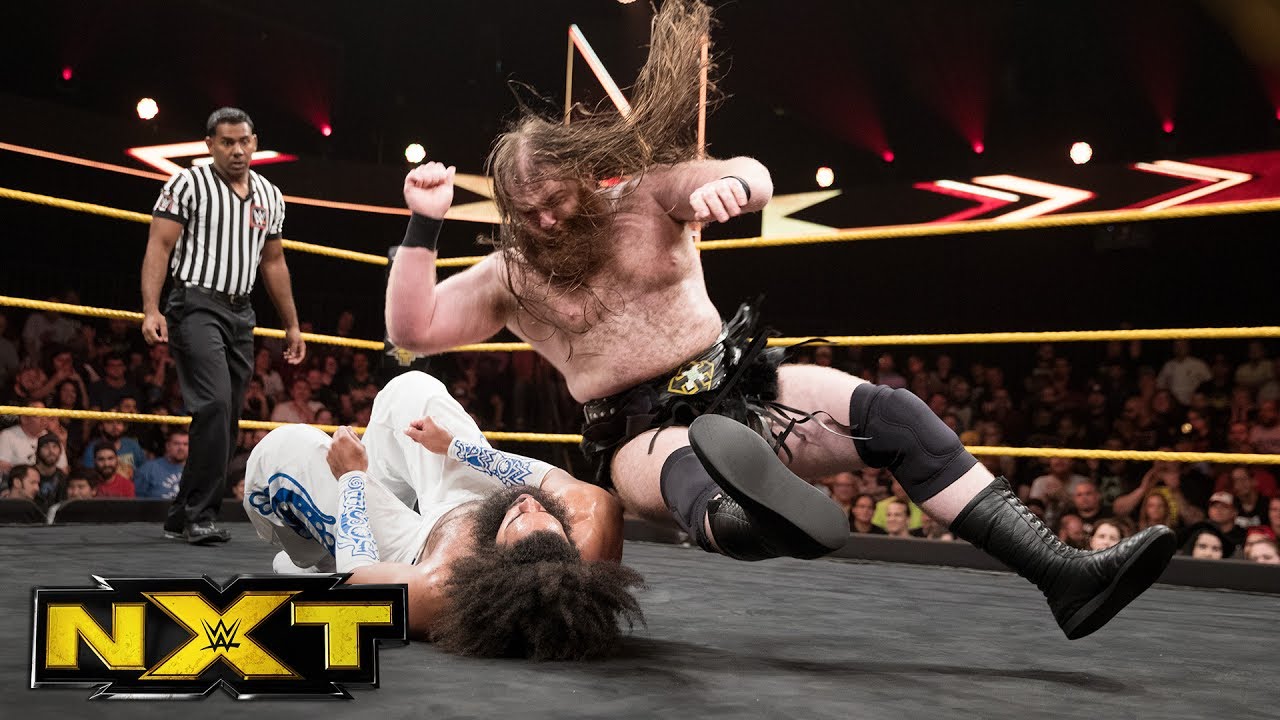 No Way José finally made his return to action after a lengthy absence due to a storyline injury. Unfortunately, he would be on the losing end of this bout as Killian Dain would get the better of him. I’m not sure what José is going to have to do at this point. I feel like the Sanity feud is played out and he’s already lost to them multiple times, I don’t think there’s much left there. As far as Killian Dain, he’s still impressive as a big man, but he doesn’t have that it factor that makes me want to see him. I think he would do better on his own than to be stuck in there with Sanity. I’ve never thought he was a good fit in that group and the more time passes, the more I think so.

It was a good mixture of match-ups on NXT. There were also some promo videos for AOP, Drew McIntyre, and a Nikki Cross segment backstage. The best thing that happened on NXT was seeing Thea Trinidad slap some sense into Andrade “Cien” Almas. The Women’s Division can certainly use a girl like Thea who already has a strong wrestling background. Time will tell if she is used in that capacity or more as a manager. My hope is that we see both.