This week we’re debuting a new format for our thoughts on WWE with FYIG WWE Weekly #1! Check out our thoughts from AJ Styles to the Ambulance Match inside!

I’m trying a new format for these articles. In the past few months, it’s been really hard to write between 3-5 WWE articles a week so I’m going to condense each week into one article likely up between Thursday or Friday when there are no PPVs and probably Monday morning/afternoon if there are PPVs. This is pretty much how I used to do them before the brand extension and I think it’ll lead to a lot better articles. I’ll probably also start releasing some random Superstar and Retrospective articles with the extra time I’ll have now as well.

The Release of Austin Aries

I’m going to get the big news from this past week out of the way. Austin Aries was released by WWE on Friday and it sent shockwaves through Twitter. To be honest, I wasn’t entirely surprised that it was the end for Aries. I thought that he hadn’t been treated very well since joining WWE. It started off nicely but fizzled out after his horrible eye injury when he was relegated to the Cruiserweight Division. Aries did a good job during his time as a Cruiserweight and yet he still didn’t win the title and was gone soon after.

It’s been said that Aries had a bad attitude and was looking to be released. If that’s the case, this was best for both parties. I just wish he was given more of an opportunity before this all went down. We can all only wonder what might have been. Samoa Joe, AJ Styles, Bobby Roode, Eric Young, and Austin Aries all on the main roster at the same time would have been something to see. It’s also a cautionary tale on WWE having such a diverse roster right now. Eventually, a good star slips through the cracks. They’ve lost Cody Rhodes, Wade Barrett, Alberto Del Rio, and now Aries all within the last year and change.

The Week of AJ Styles 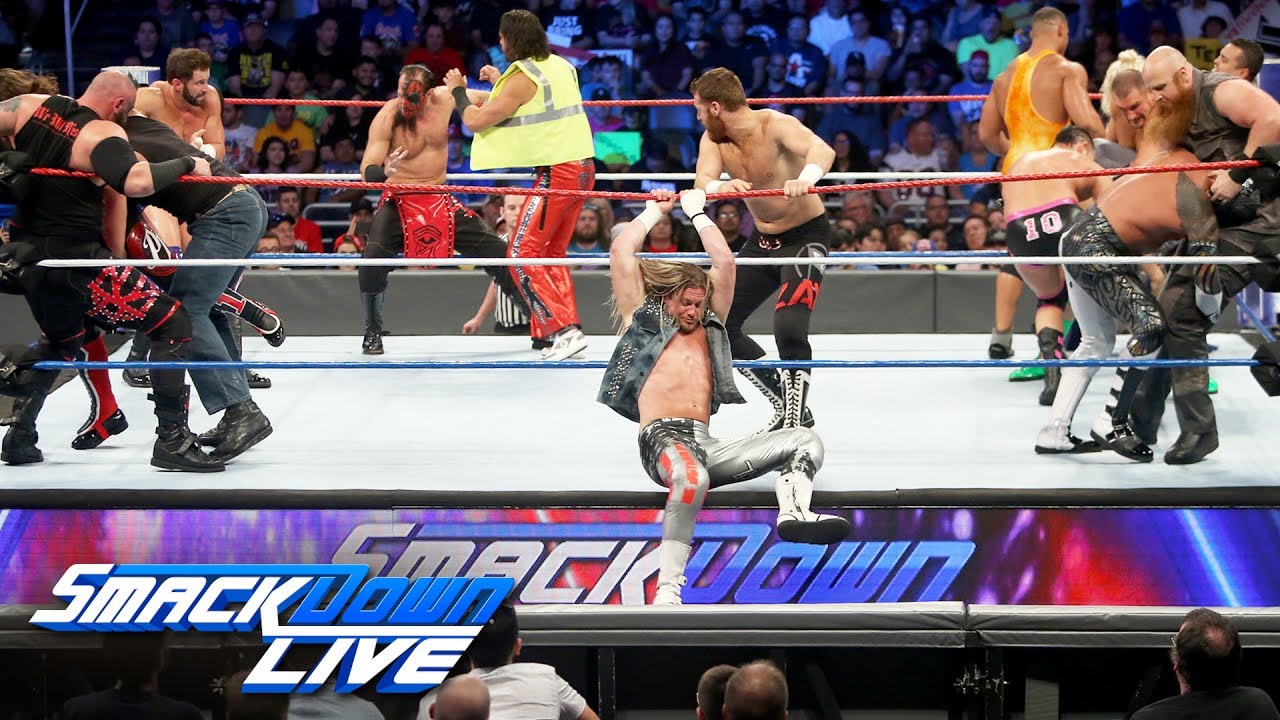 AJ Styles had one heck of a week this past week on SmackDown. He managed to both win a #1 Contender’s Battle Royale on SmackDown to start his week off. On Friday night, he then captured the WWE United States Championship from Kevin Owens at a house show in Madison Square Garden. It was quite the news when it broke and I’m still not sure exactly why that match was bumped up from Battleground. Word is that Owens could be injured which would be a pretty big blow to SmackDown Live.

I’m looking forward to seeing what happens on the upcoming episode of SmackDown because something will have to be addressed. I think it’ll be a good setup for a rematch between the two guys that could potentially happen at SummerSlam if Owens isn’t injured too badly. 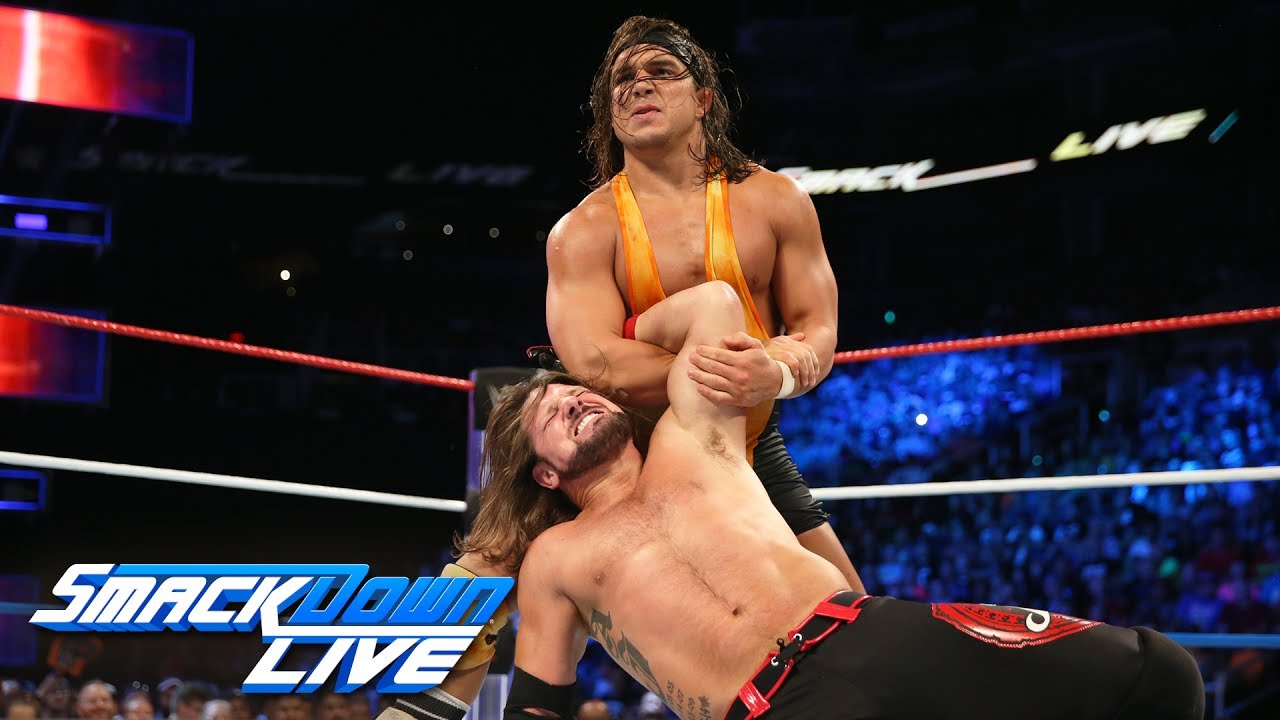 I’ve been pretty annoyed with the absence of American Alpha. This is probably the best in-ring team that WWE has and they haven’t done much of anything lately. Gable had a fantastic match with AJ on this past week’s edition of SmakcDown and yet, we never see Jason Jordan. I understand that there is value in these two guys as singles stars, but there’s more value right now in them being a tag team. It’s sad that we really didn’t see much of them on the main roster. The title reign was mostly forgettable and then they were given nothing.

It’s sad that we really didn’t see much of them on the main roster. The title reign was mostly forgettable and then they were given nothing. I think if they do end up breaking up (which is looking more and more likely) that Jason Jordan will end up being a jobber and Gable won’t rise much above a Curt Hawkins or an Aiden English. That’s not for a lack of talent, but more for a lack of spots. It would have been nice if we could have seen these guys develop their personalities as I think that’s one reason we haven’t seen much of them on SmackDown. Regardless, I’m hoping that these to get some regular TV time soon. 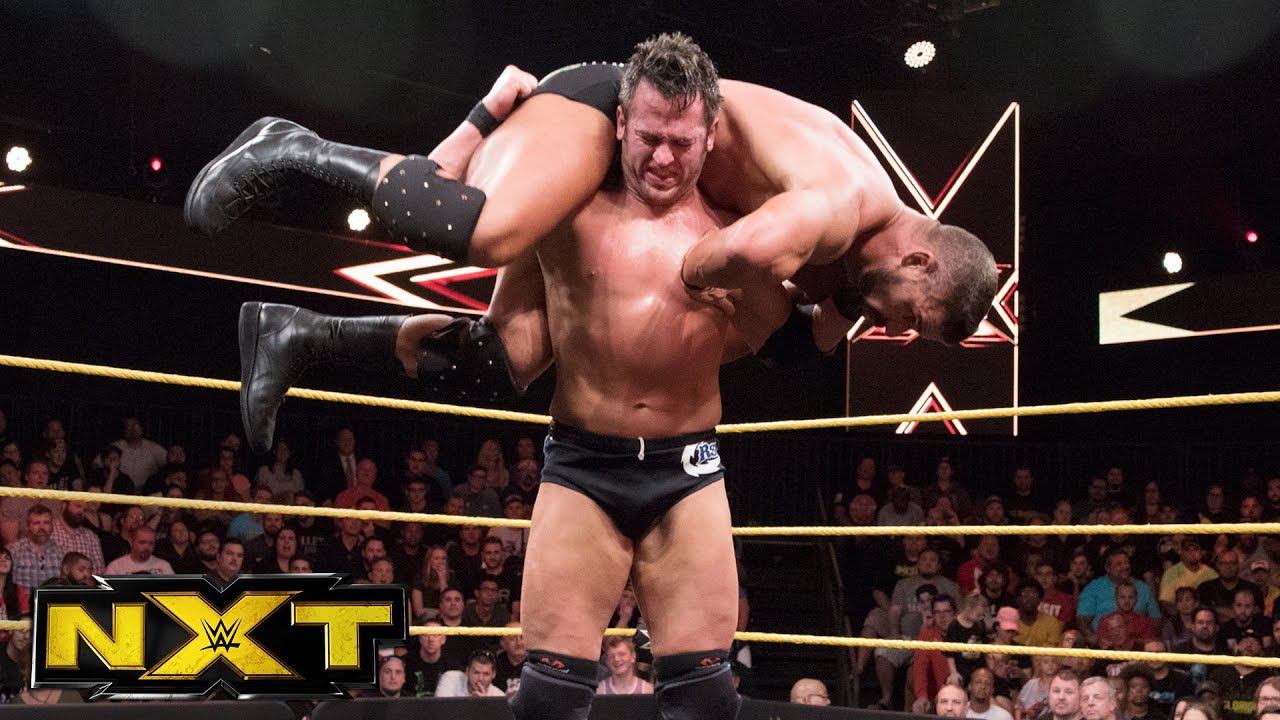 Roderick Strong came up short trying to win the NXT Championship on last week’s episode of NXT and yet, he came out better than Roode. Roode won by taking a cheap shot and hitting his Glorious DDT. The great thing about all of this is that I can see a rematch coming at SummerSlam and Strong finally taking the crown. It’ll be quite a moment considering all that Strong has gone through the past few months. I think fans are really enjoying this guy’s journey. It’s amazing what a few videos about a guy can do to your perception of him. 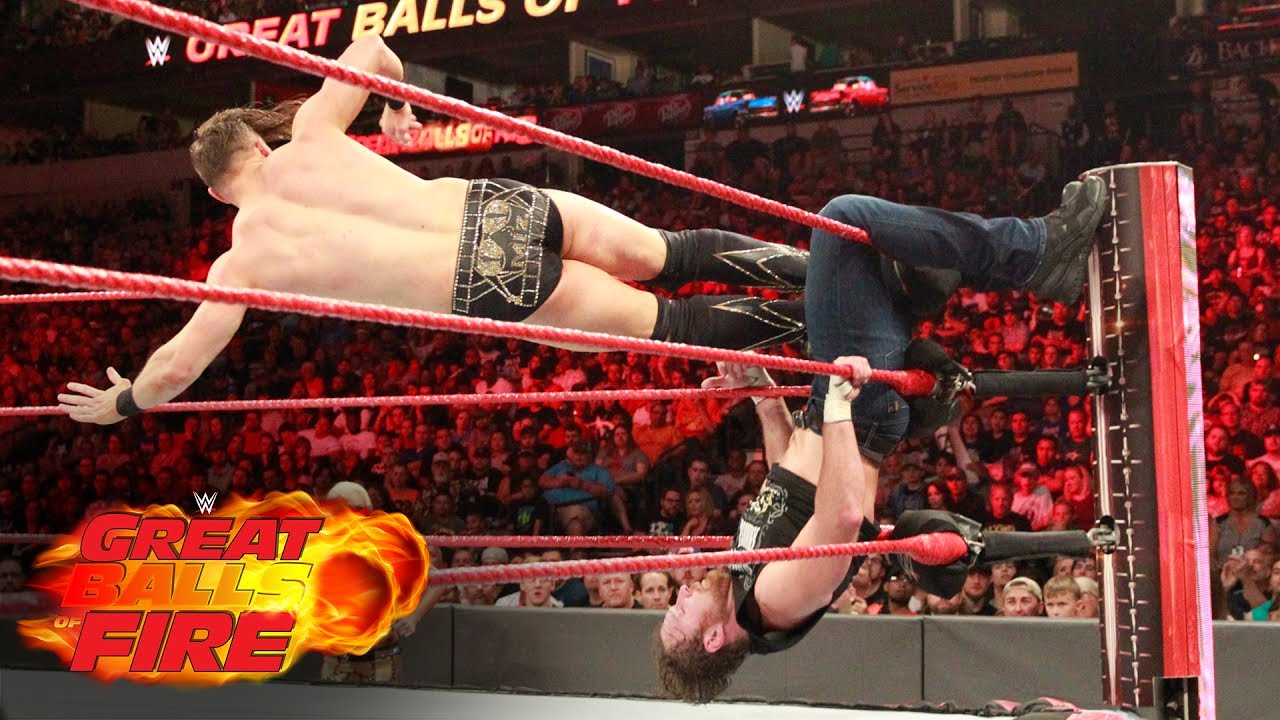 While it is a terrible name, what a great thing it has been for Curtis Axel and Bo Dallas to join The Miz. These guys know each other well and they complement Maryse at ringside and give The Miz more tools to utilize to gain the victory. He did just that Sunday night using everyone at his disposal to retain his WWE Intercontinental Championship. It’s a new fold to his character and it’s only bound to make him even more hated which is a great thing.

I really do question how Miz hasn’t had more World Championship opportunities in his career. This guy has developed into a great talent and plays a fantastic heel. It’s only logical that he takes that next step. I believe in him as a top champion a lot more now than I did in 2010-2011. It comes back to that old problem of WWE having more talent than they know what to do with. I just get sick of seeing him stuck at the IC title level.

The Boss is Back 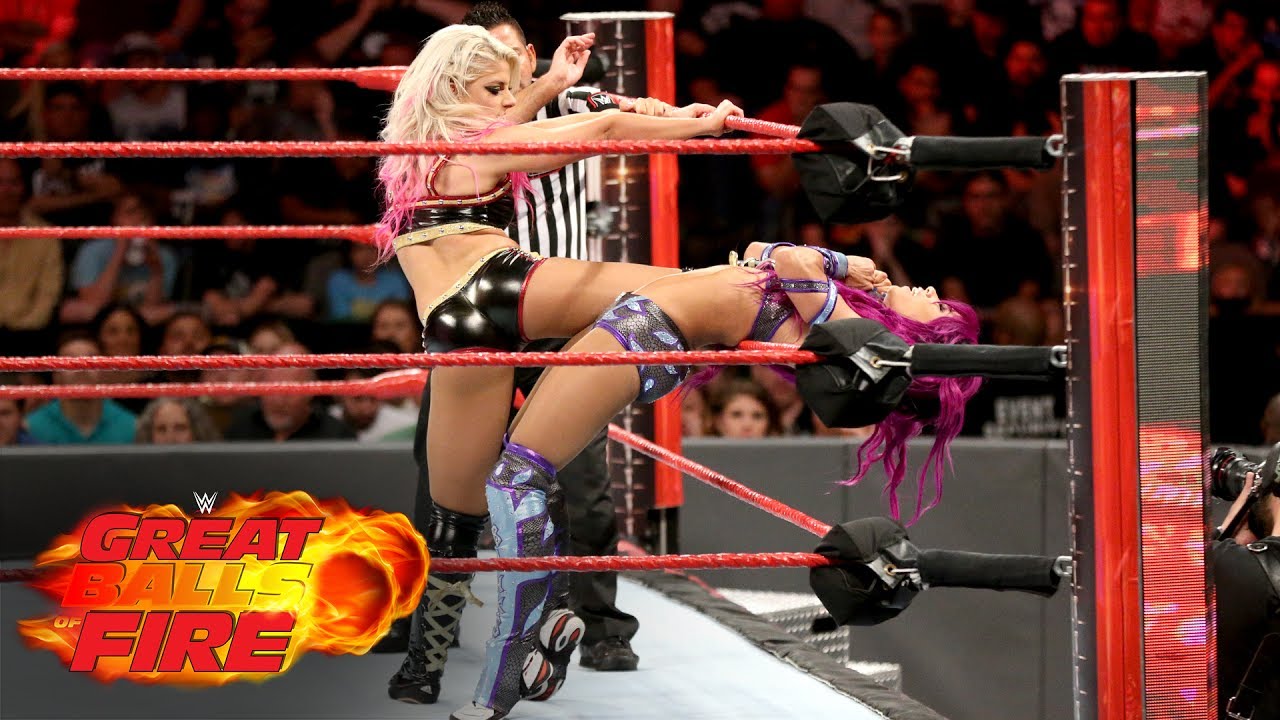 I loved Sasha Banks when she was feuding with Charlotte. She had this edge to her character, she showed a ton of emotion. It was great TV.  After that, she really had a problem finding any sort of traction. It was almost as if WWE was trying to cool her off for a while. Well, I can gladly say she’s back!

Sasha is showing that fire again against Alexa Bliss. She really makes you feel the emotion behind everything she does. Nowhere was that more apparent than when she was on Raw Talk after not winning the tite due to a count out. She was very critical of Alexa and very sure of herself. It was almost like a heel in nature. Part of me wonders if that was by design. I would love to see Sasha turn heel and care only about herself and the title. I think that’s the next natural evolution of her character. One thing is for sure, I’m excited about the Raw Women’s Division for the first time in months. 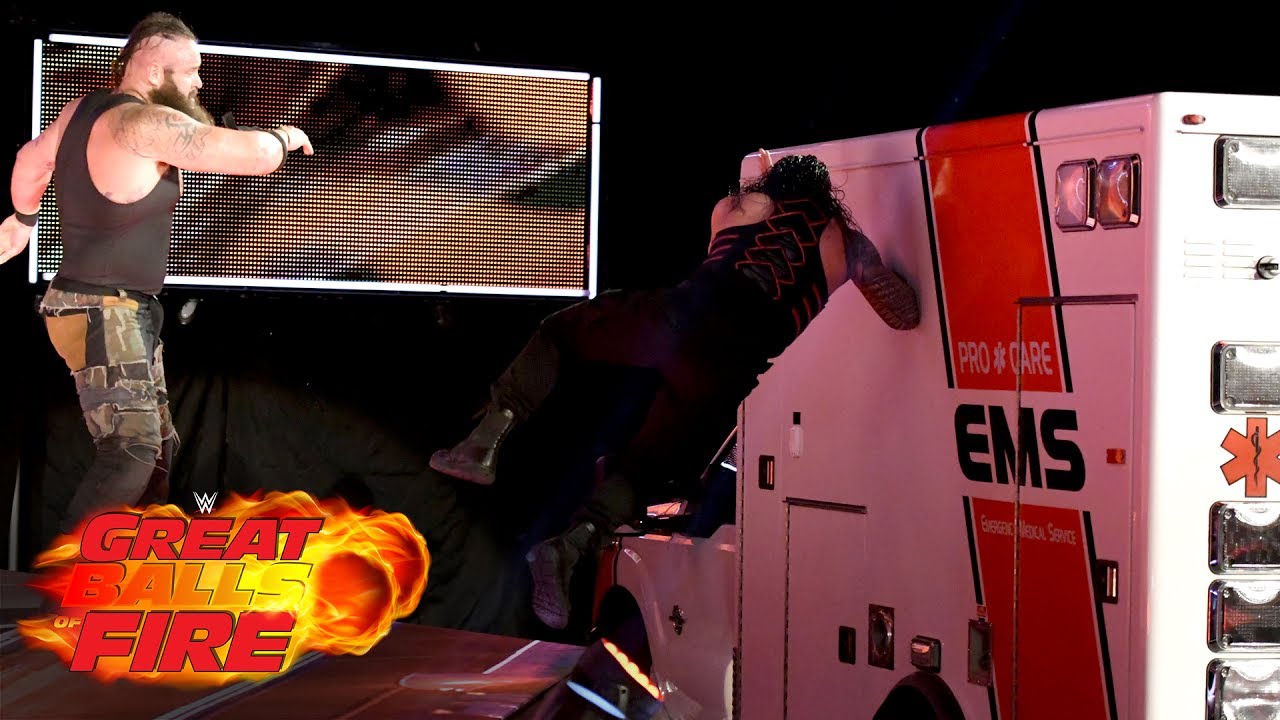 An Ambulance Match is a weird thing in general, but what happened afterwards was pretty crazy. Roman Reigns would drive the ambulance into a semi trailer with Brain inside. Remember how often we used to see these crazy angles? WWE has been bringing them back during the Braun/Roman feud to great effect. The whole scene was pretty theatrical with agents and firemen trying to free Braun from the back. When they did, he walked off under his own power.

This should be the main plot point for Raw later this evening as there would seemingly have to repercussions to Roman Reigns for nearly killing the man (in the storyline). Will they have yet another match? That remains to be seen. I will say that this has been one of the best feuds going in WWE whether you like either guy or not. I expected this feud to finally be over, but WWE throwing a swerve in there was a nice surprise. Hopefully these are solid face and heel turns for Braun and Roman respectively.

What a great match between The Hardy Boyz and Sheamus and Cesaro at Great Balls of Fire. These two teams had an action-packed match and delivered everything I could have ever expected from them. I thoroughly enjoyed the entire thing, but I especially loved the finish with Jeff trying to chase down Cesaro to tie up the match but coming up short by a second or two. We don’t see many tag team Iron Man matches so this was a special sight to see. My hope is to see The Revival become the next #1 Contenders to the Raw Tag Team Championships now.

WWE Great Balls of Fire ended up being a great event from top to bottom which is so rare in WWE these days. It felt bigger than a normal secondary PPV would. From the pre-show to the main card, I was invested in most of the matches and thought the vast majority of them were very well-executed. When you have Rollins/Wyatt go on first, you expect the show will be good and that it was. I praise WWE for actually trying after having a few so so months of Raw programming. 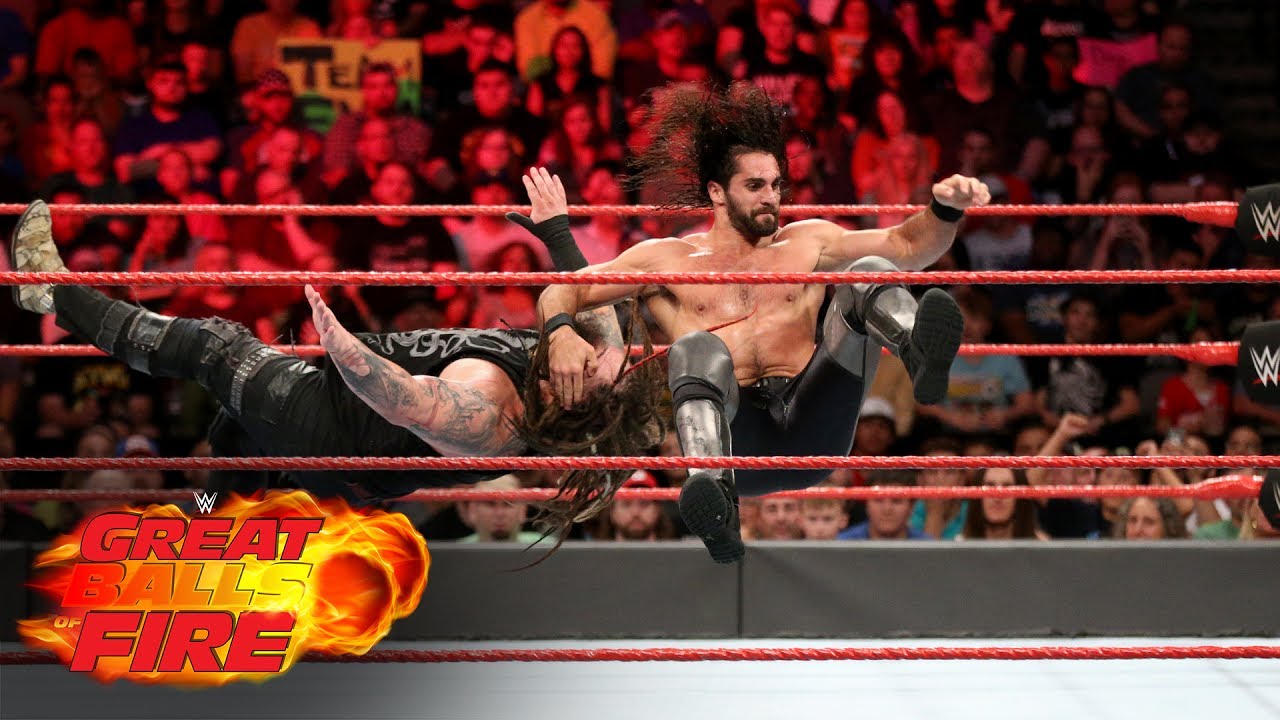 We saw all the titles get defended on the show (and ironically enough, no title changes), two big specialty matches, and got to witness Joe take on Lesnar. That’s a pretty good night. I have to mention that I thought WWE did well to position Joe to look incredibly strong. He may not have won, but Lesnar sure looked like he stole that title defense rather than deserved it. As Lesnar gets older, this is the kind of stuff I want to see. He should be helping to build the next stars and he has been as of late. I would love to see a Fatal 4 Way for the Universal Championship at SummerSlam featuring Braun vs. Roman vs. Joe vs. Lesnar. Think about how crazy that match would be, I think it would be perfect.

That’s all for this week! I’ll be back at the end of the week to talk about the three shows this week.