FYIG WWE Weekly #2 features my thoughts on the cancellation of Talking Smack, Kurt Angle’s secret, Sami Zayn not getting his due, and a whole lot more!

The Curious Case of Finn Balor 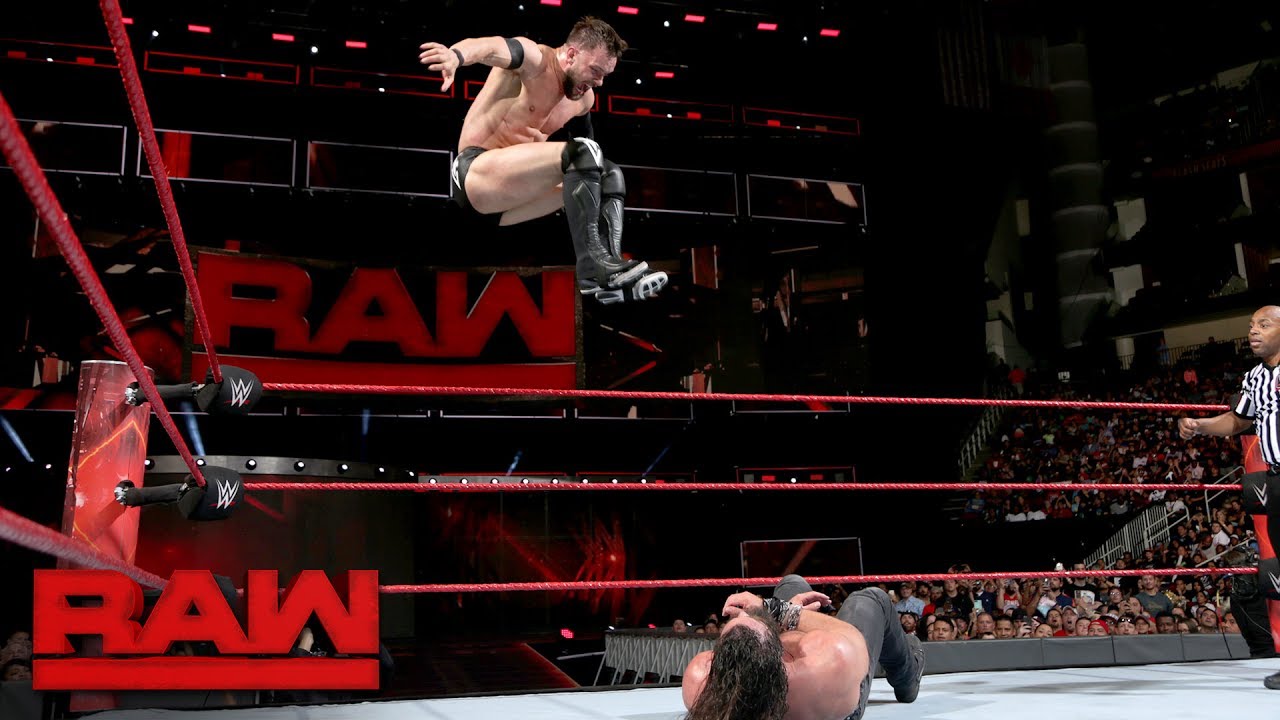 Before Finn Balor got injured last year, he was the WWE Universal Champion. That’s no small feat. Certainly, the company saw something big in him as almost all of us do. So why is it that Finn has been stuck feuding with Elias Samson. This feud looks to finally be over after their match on Raw (yeah, it wasn’t even a PPV match). Sure, this may have helped legitimize Elias Samson for those that don’t watch NXT, but it has done nothing for Finn.

The Miz has held the WWE Intercontinental Championship for a while now (again). The logical feud to have would be Balor vs. Miz for the title. I think that would appease everyone while the Universal Title is occupied in another feud. It used to be that you had to work your way to the top title. WWE has made it so that some guys (and girls) end up getting that top title right away and then all that anticipation you could have built to is gone. I think that has happened with Balor and WWE needs to do something of note with him soon or he’s going to become an afterthought.

The Revival Make Their Mark 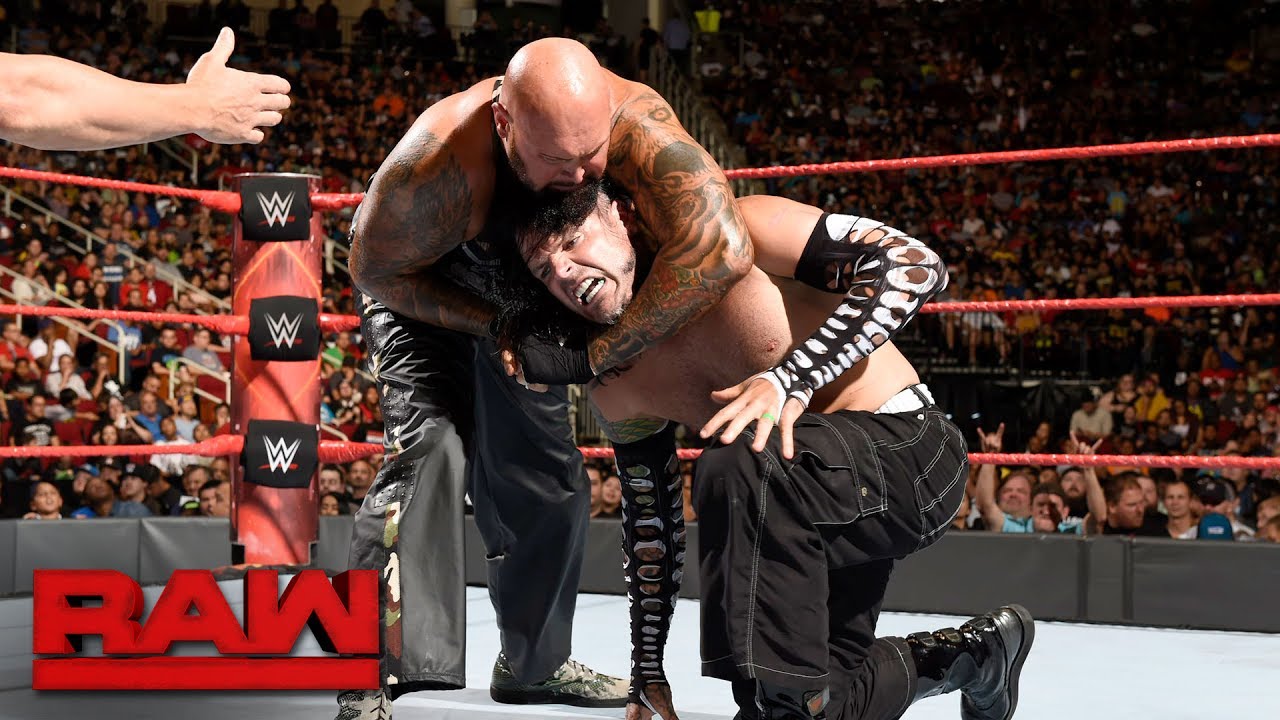 The Hardy Boyz had a pretty bad 24 hours being beaten by Cesaro and Sheamus, The Club, and then being beaten down by The Revival on Monday Night Raw. I thought it was the perfect way for The Revival to get back into the swing of things. If The Hardys’ feud with Cesaro and Sheamus was any indication, they can certainly get the best out of The Revival. I’m really hoping the Dash and Dawson are treated like the stars that they were coming out of NXT. I really believe that these two are the best tag team unit in WWE in terms of teamwork.

I think we need to see more tag teams established in WWE. Often times we see good teams like The Ascension and The Vaudevillains fall apart because they’re put into a position to fail. Look at American Alpha, another great team who is barely even on TV at this point. That can’t happen to The Revival, these guys need to hit a home run and prove that they’re great right away. They won’t get a second chance if they stumble. 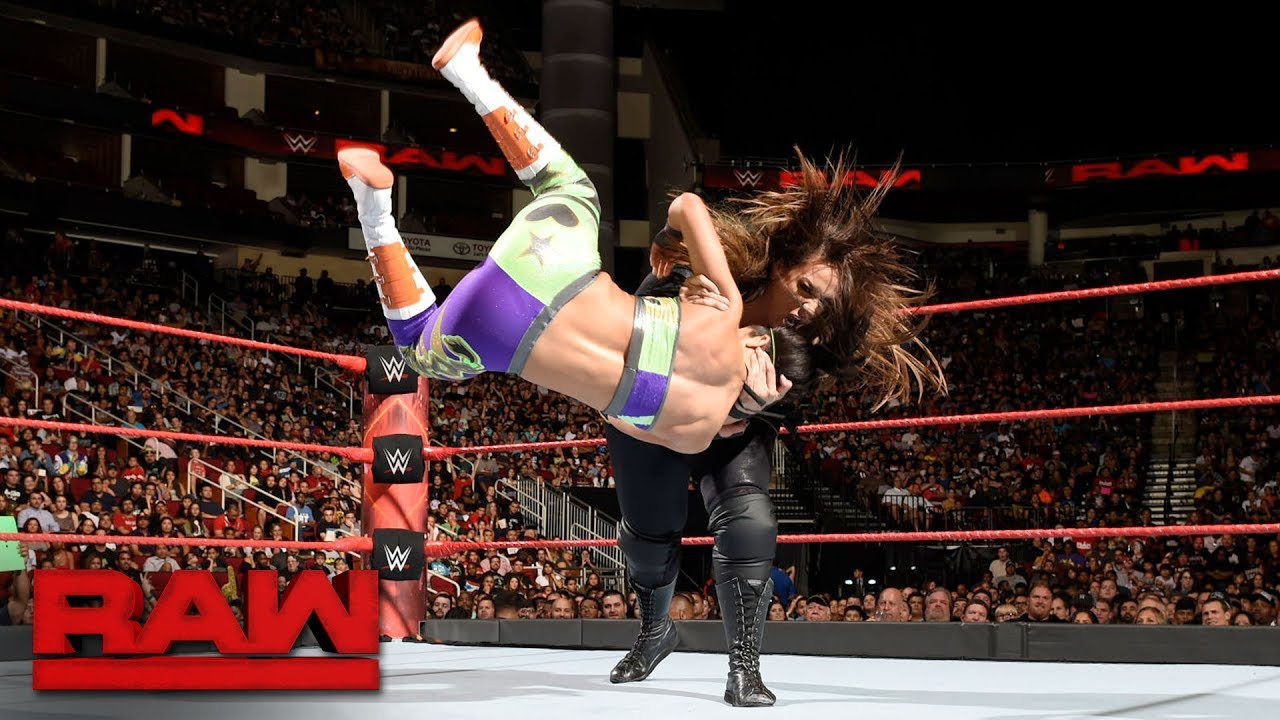 It seems like ever since we had that Bayley: This is Your Life segment that bombed horribly, Alexa Bliss hasn’t been nearly as talkative. She used to come out nearly every week and cut a promo. Now, it seems like we hear very little from the goddess of WWE. I’m not saying that’s for sure the reason, but it does seem like peculiar timing from where I’m standing. It wouldn’t be out of character for WWE, when one thing goes wrong, they tend to sour on that character for a little while or permanently. I don’t think they’ve soured on Bliss, but I think they are being more selective as to avoid any more bad segments like that (I still don’t think it was as awful as that Ball Family segment).

WWE made a huge mistake with the cancellation of the weekly Talking Smack shows. The show will continue on after SmackDown brand PPVs, but that’s not good enough to me. The Miz summed it up best in an out of character comment on Twitter:

I agree with his statement completely. Talking Smack was something that gave Superstars a platform to introduce themselves to the audience. It showed a different side of these people that we see every week and it made me bigger fans of most that had the time to talk for a little while on there. It was a nice mix of real life and storyline and it served both purposes. In a world where everything is scripted to happen a certain way, it was great to watch a 20-30 minute show that surprised you each week.

For those that think they should have canceled 205 Live instead, I disagree. Canceling 205 Live would mean that a lot of talented people would lose their jobs. It would also be admitting failure. The reason this show isn’t working is that they’re repeating the mistakes of WCW by keeping them separate from the main roster. Nobody cares about the show because these guys will never do anything more than becoming Cruiserweight Champion if WWE continues on this path. As I’ve said before, Make SmackDown 3 hours too and integrate the Cruiserweights into both shows or have two separate divisions on each brand like every other title.

Really disappointed about #TalkingSmack. We tried to make that show great. Guess I'll go back to welcoming my guest at this time.

I feel bad for Renee Young, I’ve watched her since she was on Aftermath after the WWE shows on The Score in Canada. There is no one who can touch her as far as interviews go. She has a ton of personality and made Talking Smack fantastic every week. She also lost her Unfiltered show on WWE Network which was equally as entertaining. These were business decisions, but I can’t see these shows taking up that many resources. It was certainly a blunder and I think they’ll regret the decision. 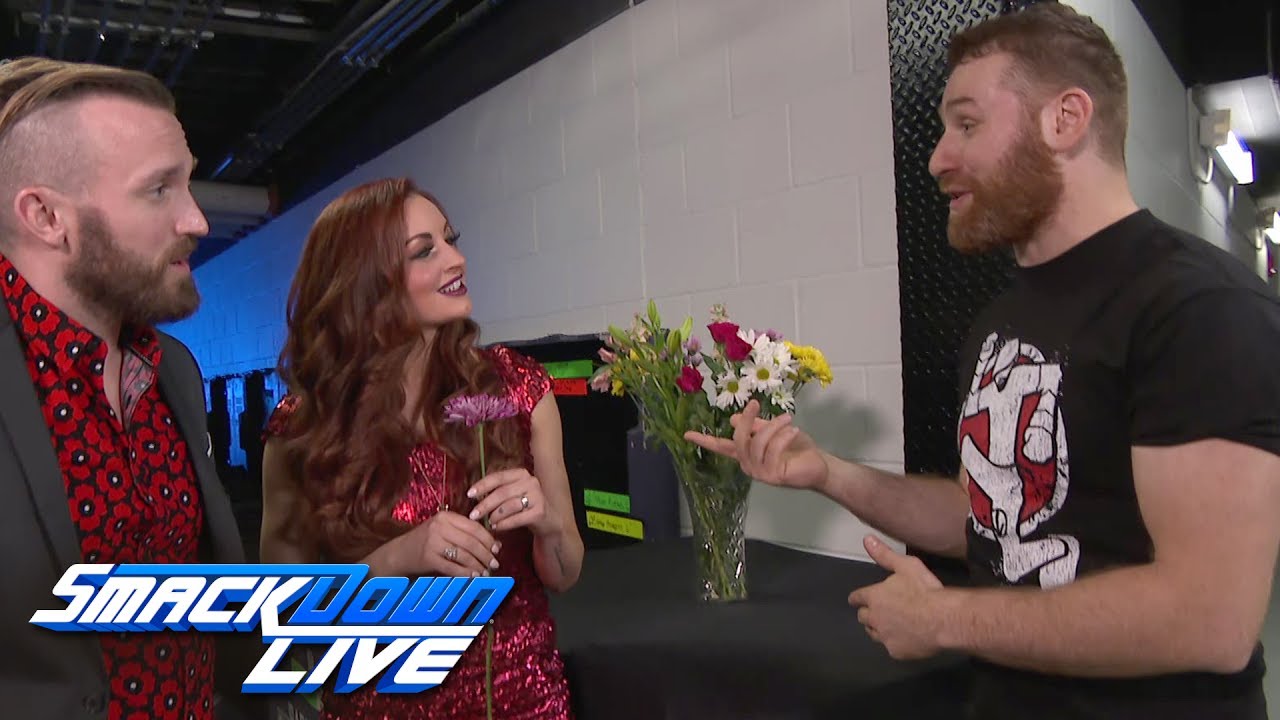 You know, when WWE signed Sami Zayn and made him a great NXT Champion, I expected great things. Then, he had a great feud with Kevin Owens. Then…well that’s a different story. Sami hasn’t done much of note since last year. It’s not for a lack of effort, it just seems that WWE wants to use him specifically to get other talent over. First, it was Braun Strowman on Raw who has done great things since his feud with Zayn. Look at Baron Corbin, sure Sami got a victory or two, but Corbin was much better off after that feud. Now, we have Mike Kanellis who will most likely win a feud against Sami to kick start his WWE career. So when does Sami get some measure of success? I question whether he ever will. It bit them in the behind when Austin Aries asked for his release last week and it could again with Sami if things don’t change for him sometime soon.

Indecisiveness in the SmackDown Women’s Division 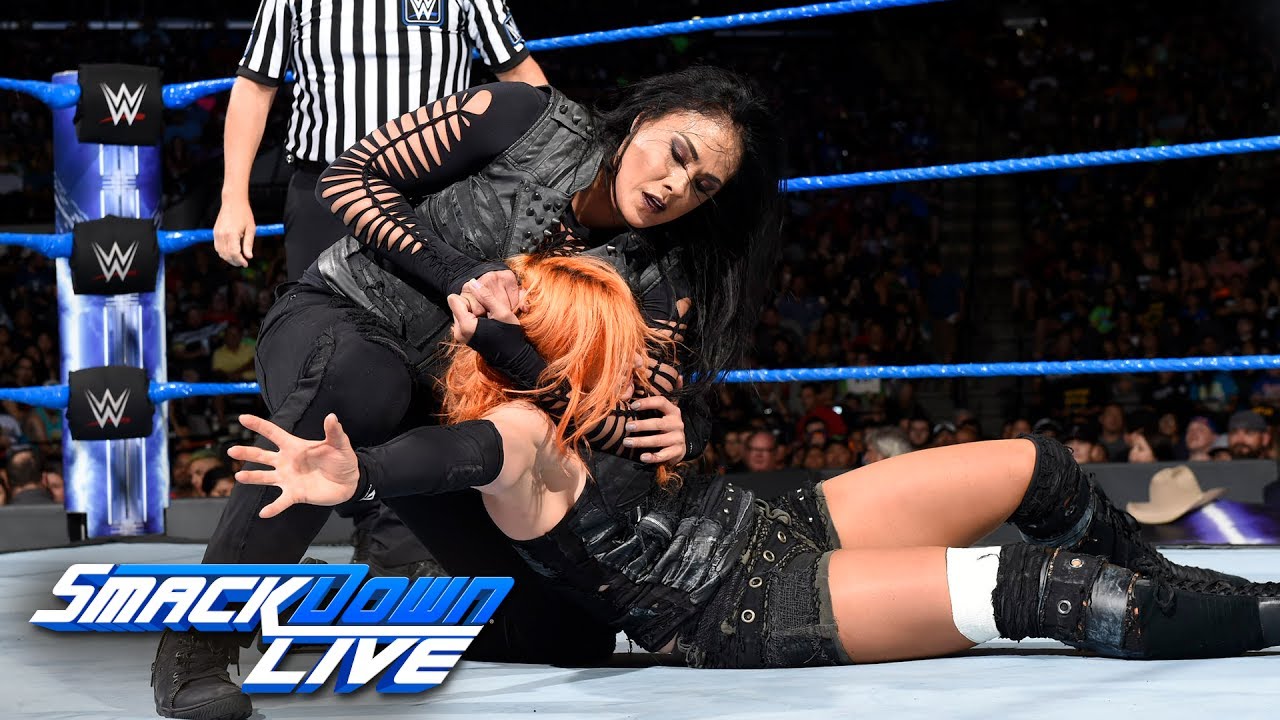 It seems like the SmackDown brand is having trouble trying to figure out who should be the next challenger to Naomi’s SmackDown Women’s Championship. They went with Lana which was a peculiar choice, to say the least, and now they’re going with a 5-Way Elimination Match at Battleground. So what’s the deal? Why are we having such an issue finding a contender? There’s no shortage of worthy women, they’re just dragging things along at this point. I really think that Carmella is ultimately going to cash-in at her first opportunity anyway. I’d just love to know why they’re taking so long to give Naomi a solid feud.

Well, it looks like we’ve figured out part of what Sanity has planned as they attacked The Authors of Pain after they successfully retained their tag titles against Heavy Machinery. In the back of my mind, I knew they wouldn’t go with that feud for Takeover, it just didn’t seem big enough no matter how you sliced it. Sanity going after The Authors is such a fantastic idea, though. I think that this is something that people were hoping to see. I was one of those people, but I had lost all hope because Sanity went far away from the Tag Division for a while. I can’t wait to see what happens here and I finally have some renewed faith in Sanity after them becoming a bit stale to me for a while. 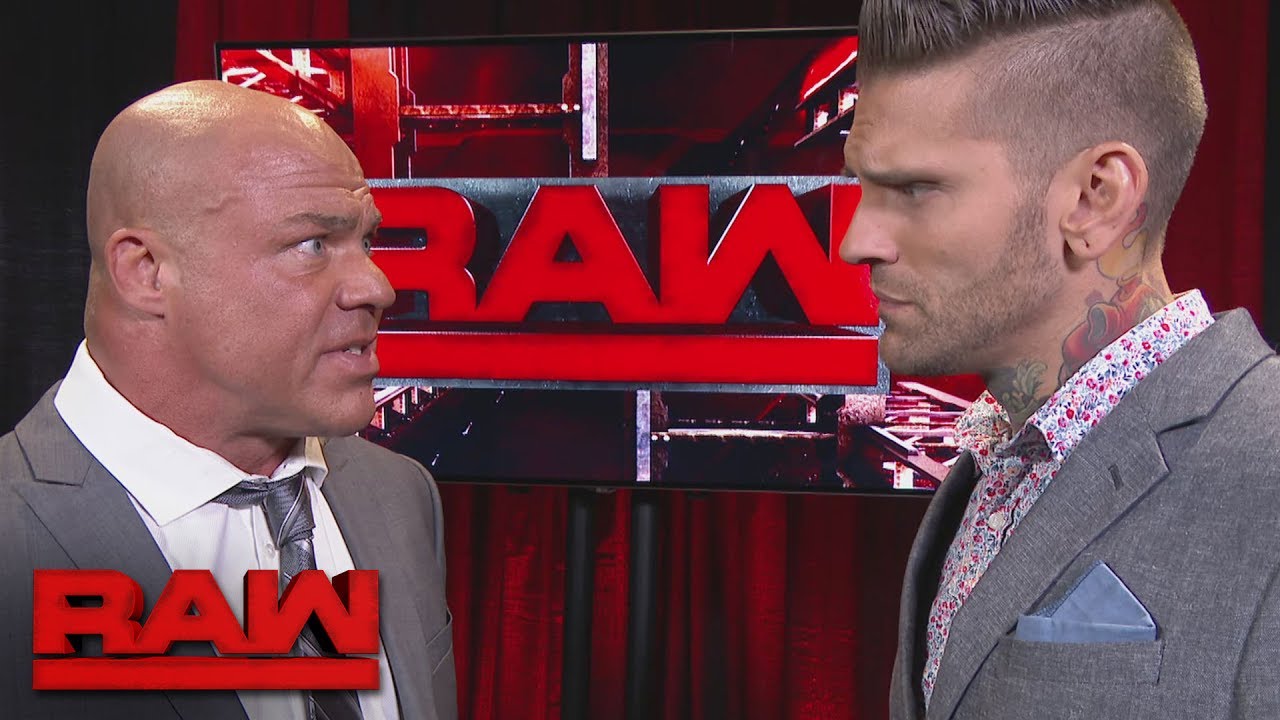 Raw GM Kurt Angle had a conversation on the phone at the end of Raw telling someone he was proud of them and that he hoped they were proud of him too. He invited them to Raw next week to tell the whole world together and he told this person he loved them. This whole story has been interesting and I fully expect it to result in Kurt Angle returning to the ring for at least one match in WWE. I don’t know who this person will be and I can’t even speculate on it at this point because there haven’t been many clues. I can assume that Triple H and Stephanie may be involved. Some people have mentioned possibly Dixie Carter, I just don’t really see that. One thing’s for sure, I’m definitely excited to find out!