FYIG WWE Weekly Hits & Misses #4 includes our thoughts on Bayley vs. Sasha, the lack of an opportunity for Emma, the stale act that is Bray Wyatt, and more! 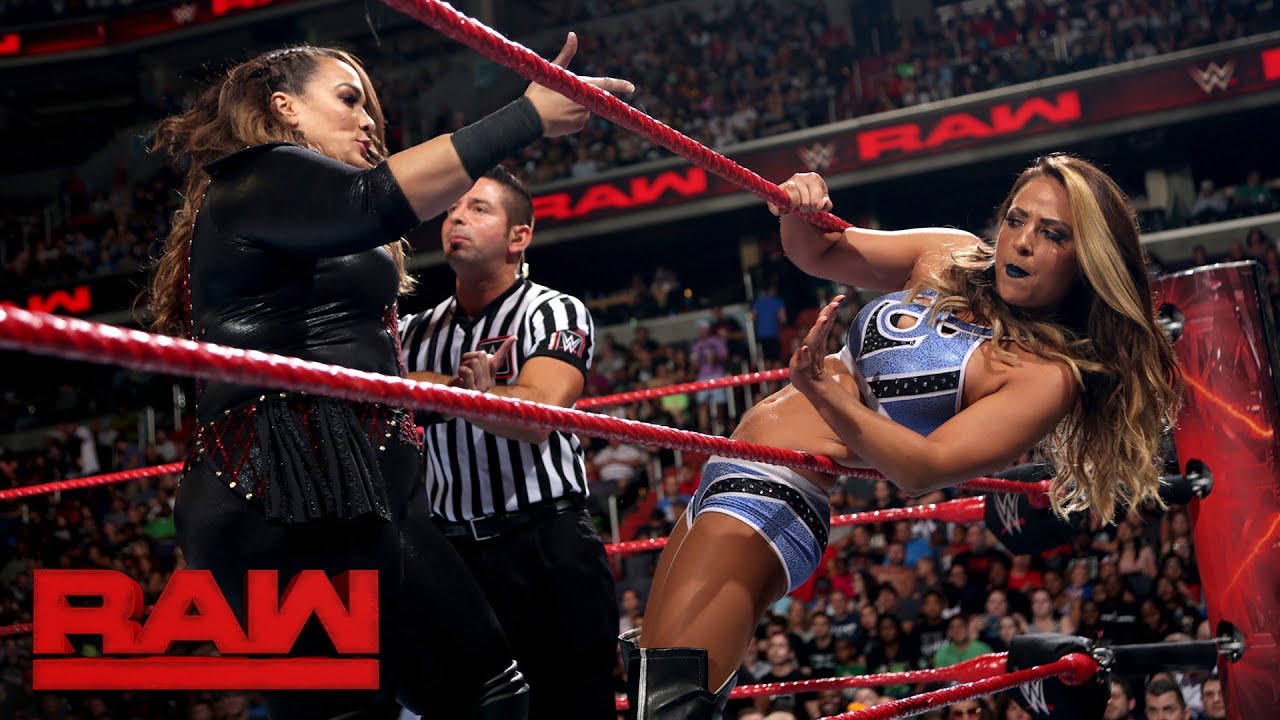 Emma finally got an opportunity on Raw after weeks of inactivity. At least, that’s what they said it was. It wasn’t much of an opportunity at all. All it ended up being was a quick squash match with Nia Jax. I love Nia, but would it have been the worst thing for her to gain a win in a bit longer of a match or even lose? I don’t think that would have been too much to ask. Instead, Emma has been put on the backburner and she’ll likely remain there until after SummerSlam. I’ll never understand why more hasn’t been done with her. She has all the talent and it’s consistently under-utilized. I guess they see her as more of a model… 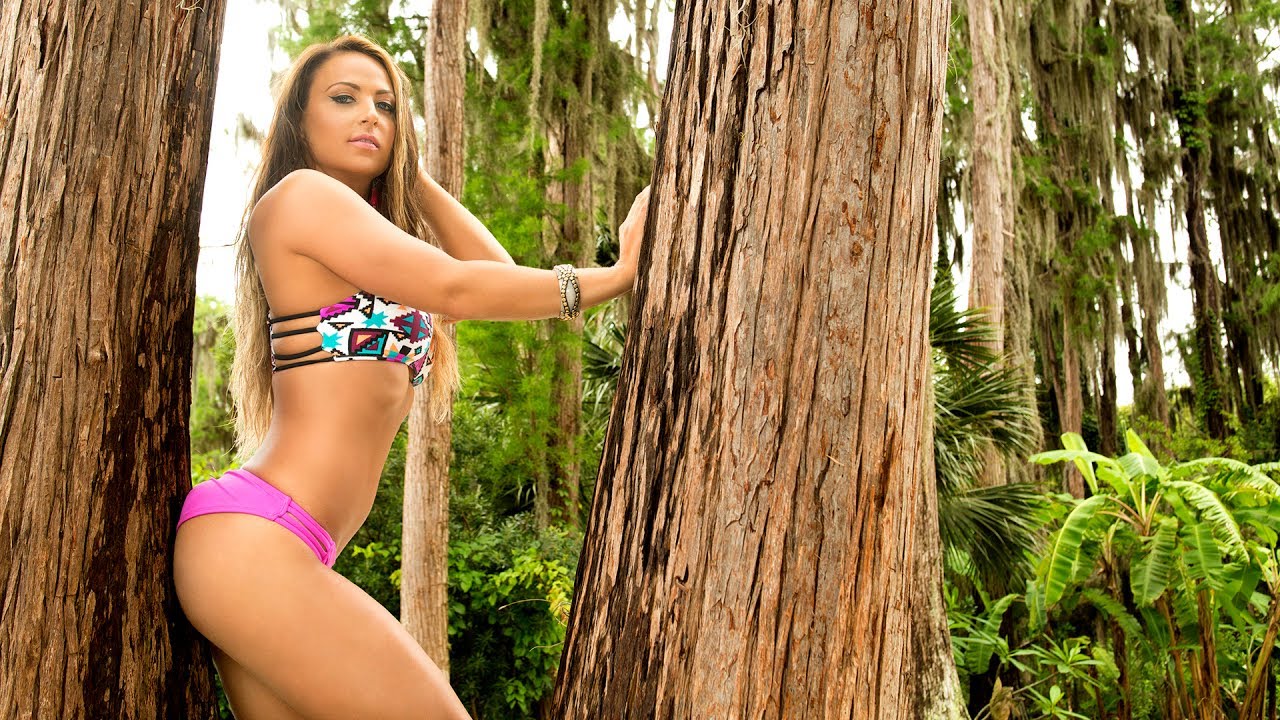 Hit: Fatal 4 Way for The Universal Championship at SummerSlam 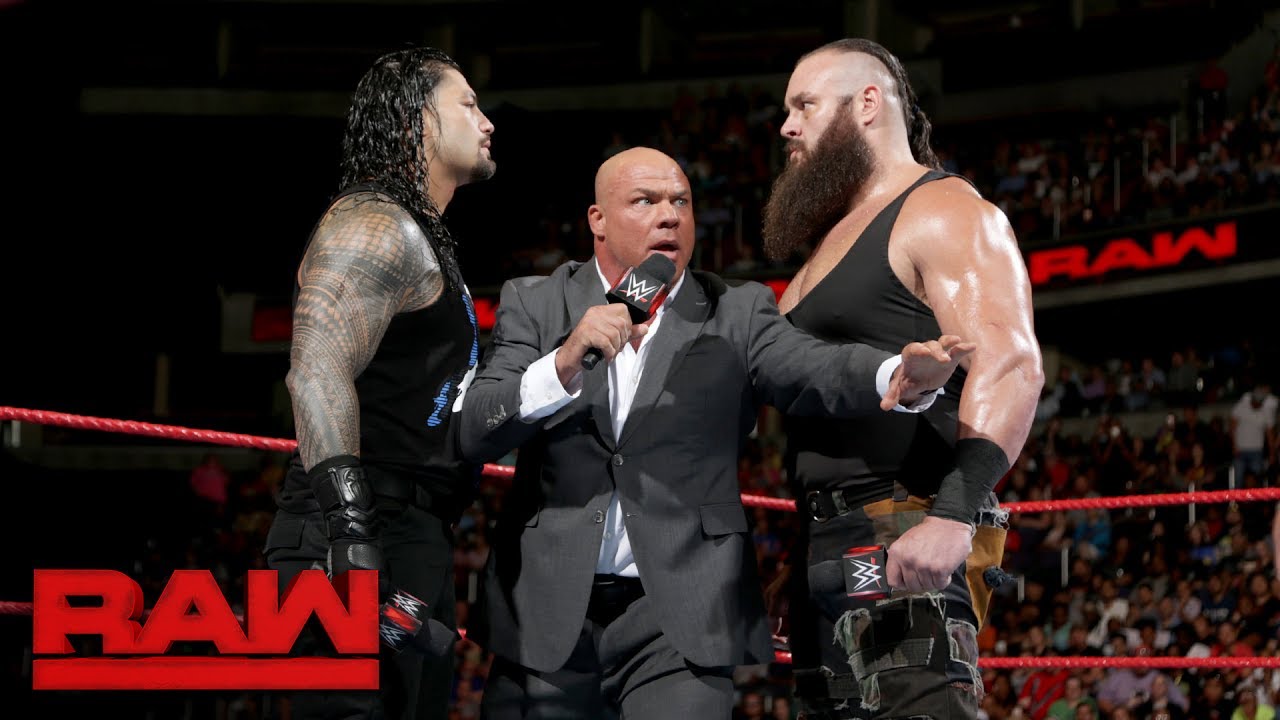 WWE really came through on Raw by announcing the WWE Universal Championship Match as a Fatal 4 Way between Roman Reigns, Samoa Joe, Braun Strowman, and Brock Lesnar. My fear was that we were going to see Reigns vs. Lesnar again and I was completely against that happening. There are too many moving parts for something like that to make sense, thus we have that Fatal 4 Way. More than that, the brawl between 3 of those 4 guys on Raw felt organic and it really made it seem like a big deal. I don’t really care who wins this match at this point, it’s just nice to know that it won’t be as predictable as it could have been. 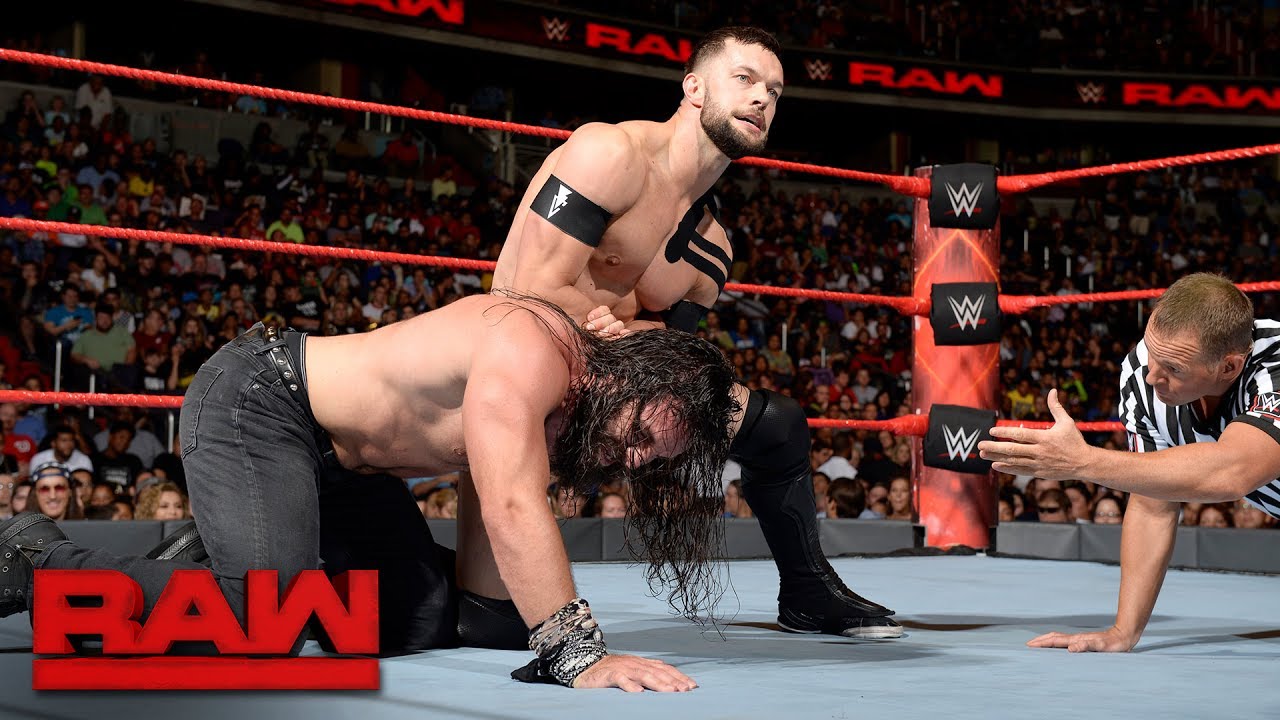 Bray Wyatt attacked Finn Balor causing him to lose a No DQ match to Elias Samson on Raw. It’s been the same old story with Wyatt, this is exactly what he does to everyone he feuds with. It’s getting pretty stagnant. What we’ve seen lately proves to me that Wyatt was only successful because he had a group behind him that was interesting. I’m not saying Bray isn’t talented (because he is) all I’m saying is that creative has not done a good enough job coming up with different compelling ideas for the character. The talent can only take it so far. This act is stale and it needs a refresh. 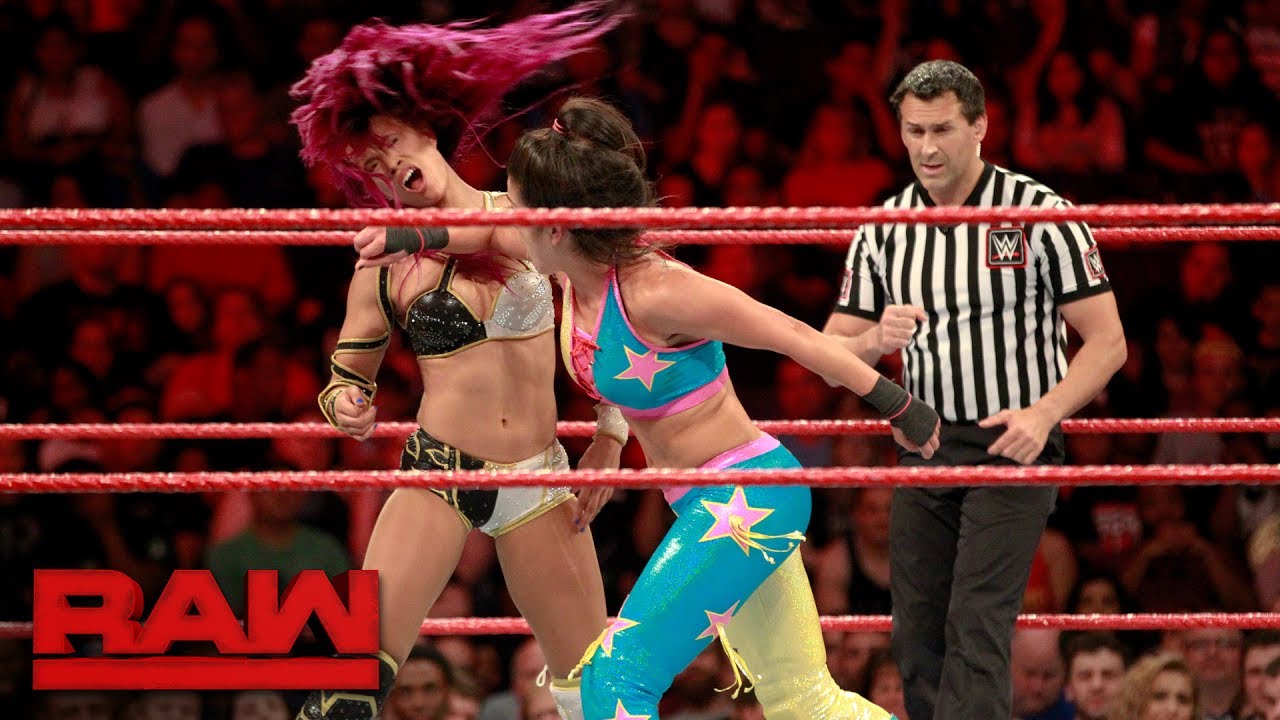 Bayley defeated Sasha Banks to become the #1 Contender to the Raw Women’s Championship at SummerSlam on Raw. The match itself was a good match and it was nice to see it given a little bit of time on Raw and treated importantly. I was actually surprised that Bayley won this match. I wasn’t as surprised when I saw the utter disdain on Sasha’s face after the loss. I think we’ll see a Sasha heel turn at SummerSlam and all I have to say is, it’s about time. I could really get behind a Sasha vs. Bayley feud for a few months. 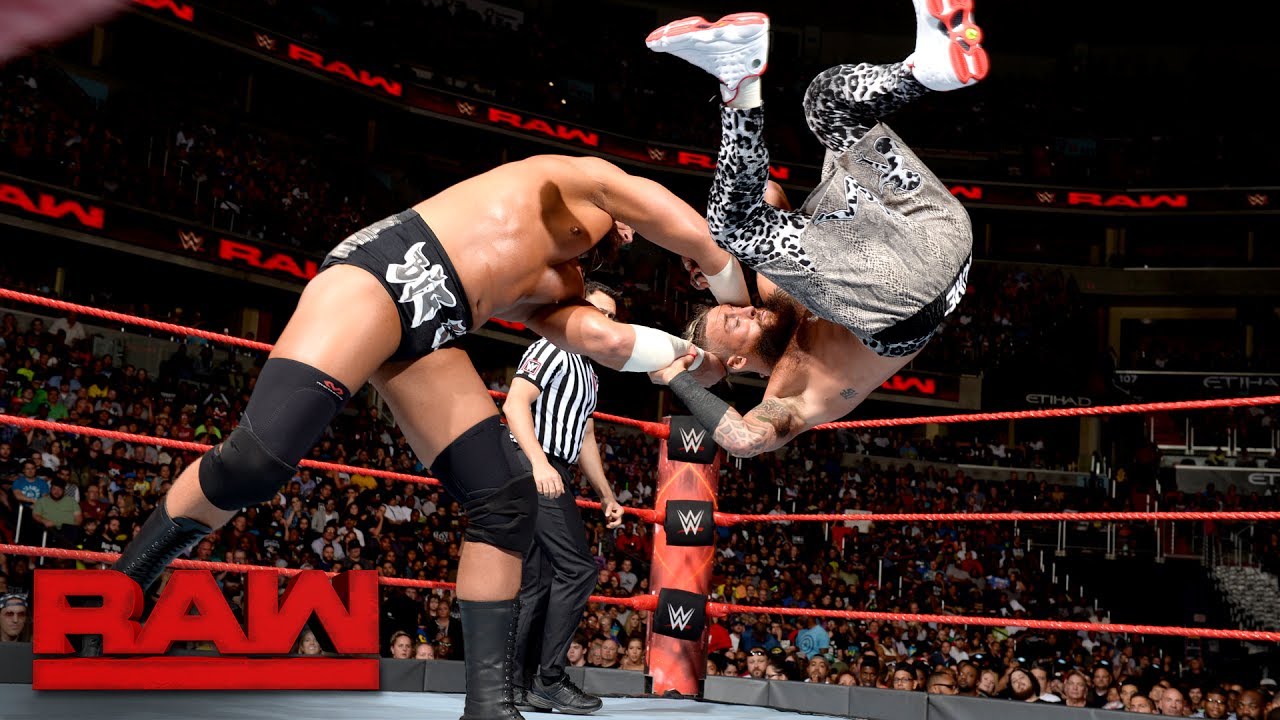 I feel like WWE really missed an opportunity to make Enzo mean anything after his feud with Cass. Cass has beaten him down more than once now and that leaves Enzo in a pretty bad position. Yes, I know the goal was to build up Big Cass, and they did. I just think they could have done that without destroying any ounce of credibility Enzo had left. I really hope that Enzo ends up in the Cruiserweight Division as that seems like the only way he’s going to build himself up at this point. It was a good idea to break these guys up at this point, I just wish the aftermath was executed better.

Hit: The Return of Jericho 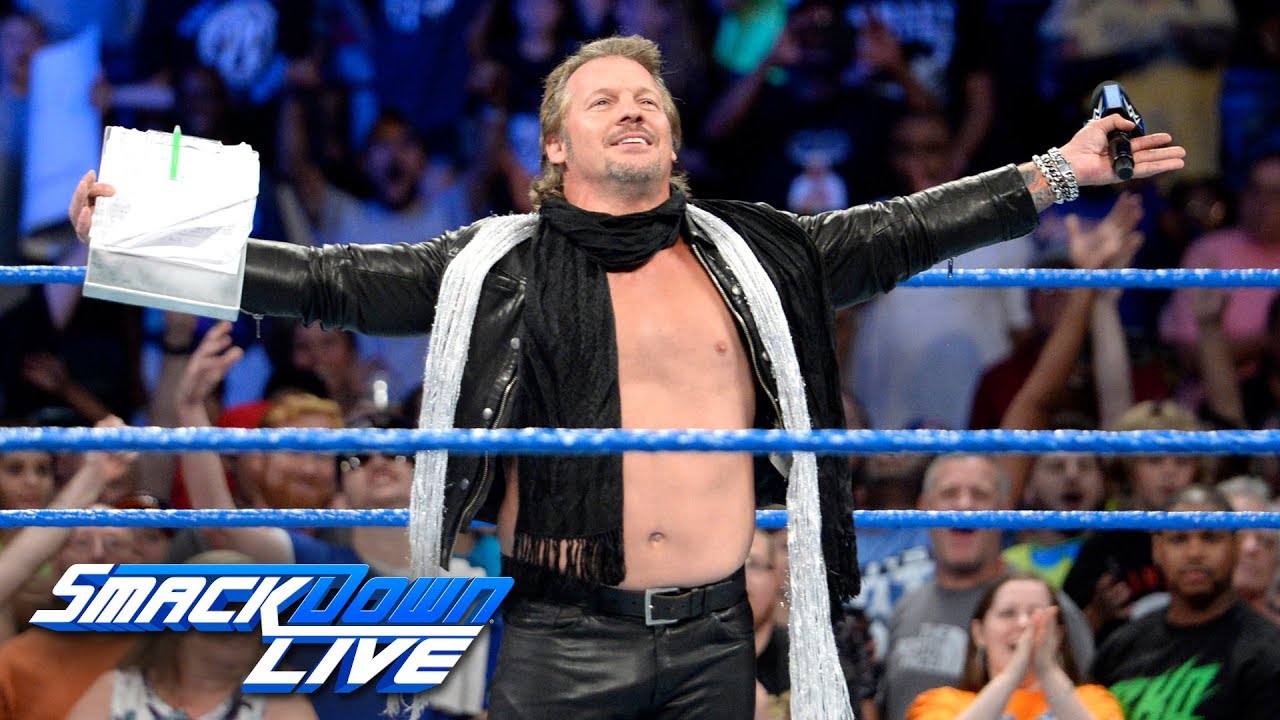 Holy crap! Chris Jericho made a surprise return to SmackDown Live on Tuesday night! Jericho hasn’t been gone all that long and yet I still miss his presence on TV every week. Jericho is one of those performers that just never has an off night. This night was no different with Jericho up to his old antics on the mic and having a great match in a losing effort for the US title. This was a nice way to tie up the loose end of Jericho’s rematch and a great way to surprise the fans. I don’t think we’ll be seeing Jericho every week, but it was certainly nice to this week. If he does have a program heading into SummerSlam, that would be even better!

Miss: The Power of Love 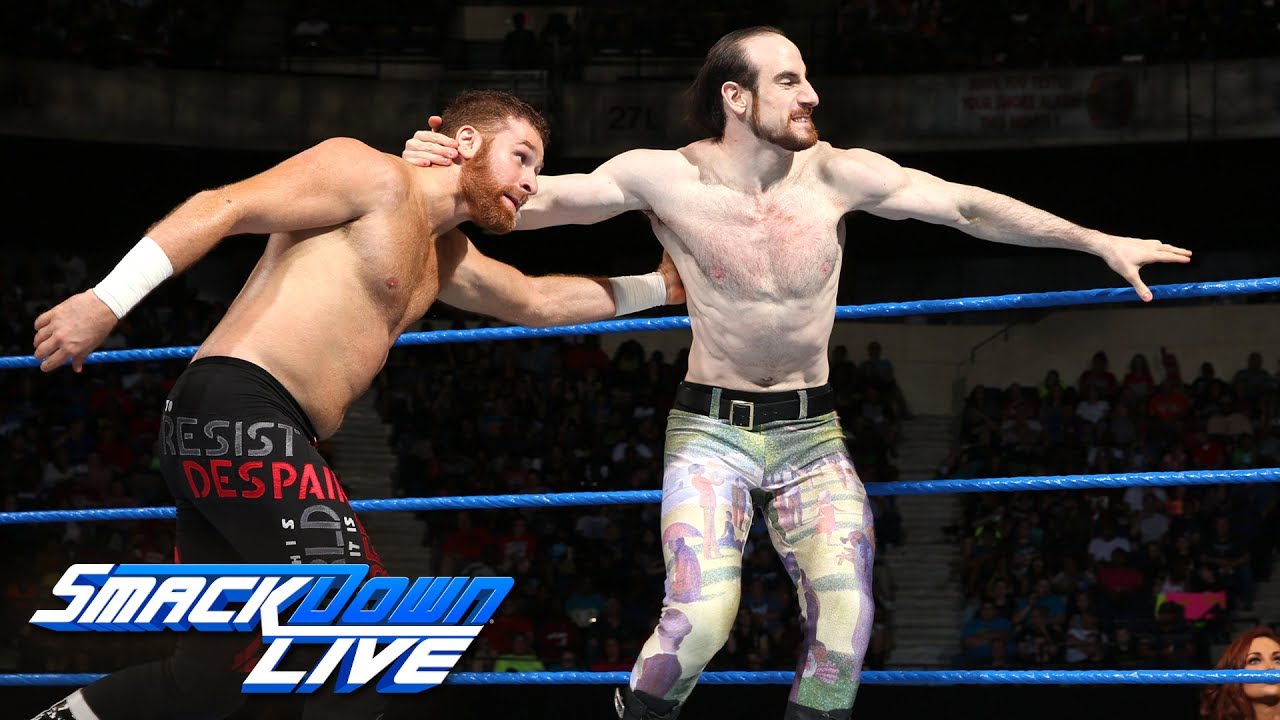 I didn’t know much about Mike Kanellis before he debuted on SmackDown Live and I have yet to be impressed thus far. I don’t like this Power of Love gimmick, it does absolutely nothing for me. I think both Maria and Mike have a lot more to offer than this gimmick allows. I think in trying to make them feel different from Maryse and The Miz, SmackDown is missing the mark. Maria should feel like the ultimate x-factor in every match and she felt that way at first, not so much lately. I just don’t see this act going far without receiving some serious tweaks. This is something that would have fit better in NXT at first than SmackDown. This is very much a similar case to Bray Wyatt in which I feel the performers are fine and the material is not. 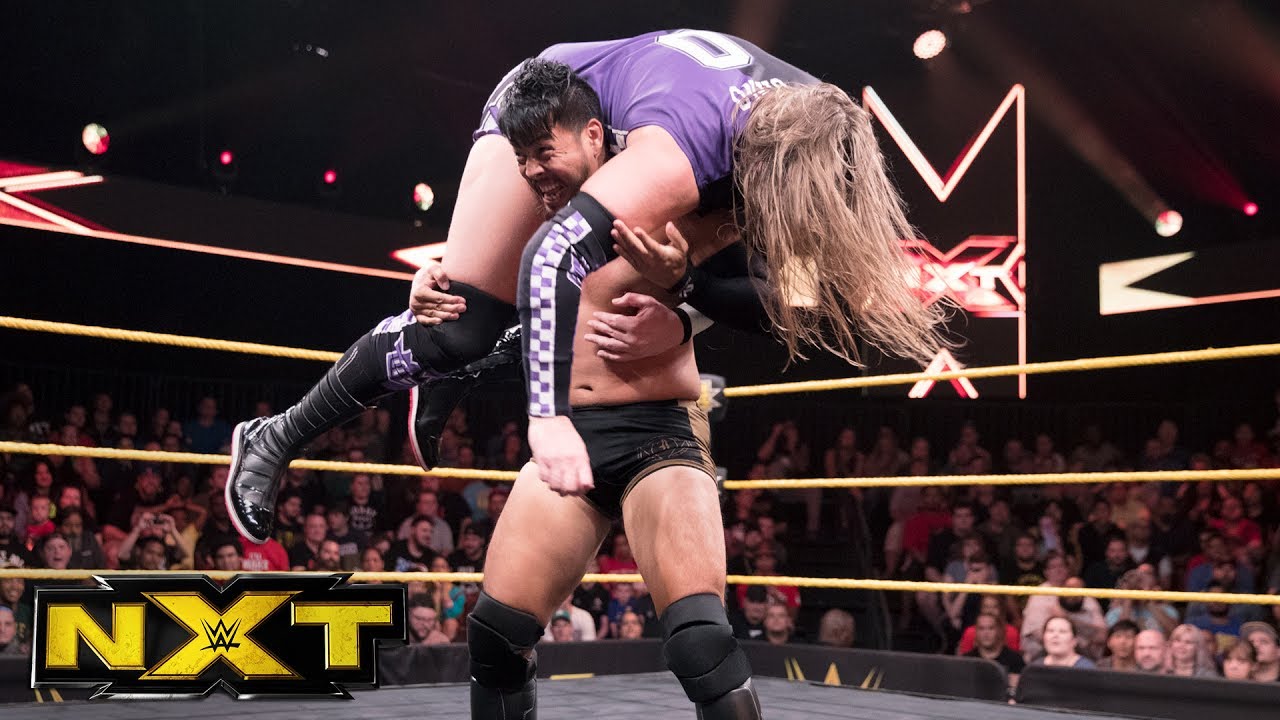 Well, it finally happened. Hideo Itami went for a full heel turn when he attacked Kassius Ohno after their match on this week’s NXT. It was one of those things that had to happen. Itami had been a guy who had just kind of been going through the motions for months. We saw teases of him going bad, but it never completely happened until now. I think this opens up a lot more doors for him in NXT and even on the main roster. WWE is littered with a lot of face stars that have similar personalities. A heel Itami is something fresh and something we haven’t really seen before. I can’t wait to see how things go for him with this run.

Come back next week for more hits and misses from the past week in WWE!

FYIG Plays Family Guy: Back to the Multiverse Part 1 &...